On March 20th, Jonathan Yeo will be unveiling a series of portraits he has been working on with Cara Delevingne at Denmark’s Museum of National History at Frederiksborg Castle in Copenhagen. He choose the English fashion model and actress as his muse because of her ability to change and curate her image in this age of social media. The exhibition will be the painter’s largest retrospective to date and will have a room solely dedicated to his collaboration with Delevingne over the last 18 months.

He further explains – “I’m honoured to be having such a major exhibition at Denmark’s prestigious National History Museum and also to have been collaborating with one of the most interesting cultural figures of her generation on several new works. Cara and I have been working for over a year on a series of portraits themed around the challenge of depicting subjects who are increasingly adept at manipulating and changing their own image.

Creating and reading portraiture, and the construction of identity, has become part of our everyday life through the rising dominance of platforms such as Instagram and Facebook. In recent years there has been an explosion in the number of portrait images being shared on a daily basis. A generation is becoming used to composing, decoding, and deconstructing images of each other’s faces in a way that previously might only have interested artists, photographers, or students of art history.

Performers, politicians, and actors are, from a portraitist’s point of view, in the business of deceiving us, their faces a key part of their professional veneer and characterisation. I was interested in exploring this theme further with someone who consciously embraces their ability to transform and play with their own identity.

Cara seemed to me to be the perfect subject and muse, as she is not only a brilliant chameleon, but also someone synonymous with creating images of herself and sharing them with this increasingly sophisticated and knowing audience. The gravitas of the museum, with its elegant, historical setting, juxtaposes playfully with many of these newer works, and hopefully highlights the fact that we are at a moment of significant change for the medium.” 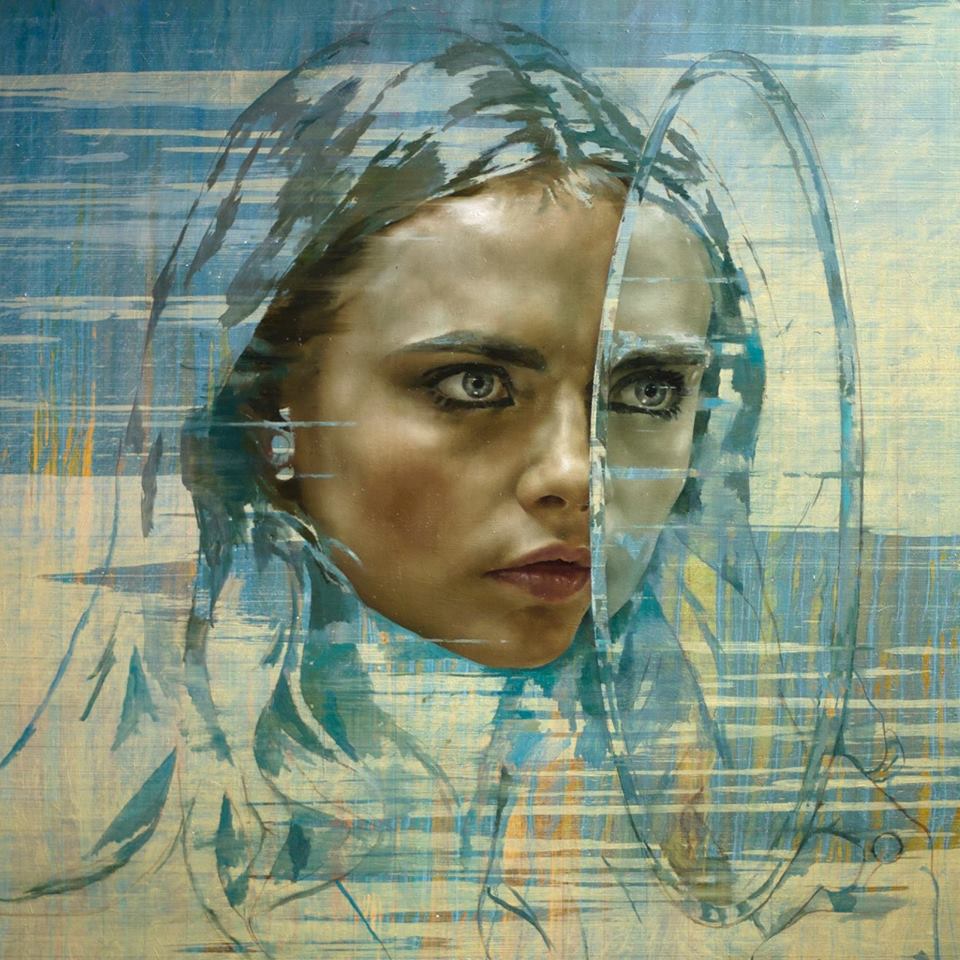