CG2 gallery in Nashville is opening a two man solo show on the 5th of March, showing new works by Sean Norvet & Jason Lascu. The show will feature a series of new paintings by LA-based Norvet and sculptures by the locally-based Lascu.

Norvet’s work has been getting a lot of attention lately because of the unique mix of styles and imagery used. Constructed using cartoon elements, pop culture logos and symbols or random every day objects, and often wrapped in classic portrait form, his paintings are simultaneously jarring, intense, hilarious, and disturbing. Mixing illustrative style with elegant photo-realism, the oil-based works are a nightmare-ish vision of American dream – humanoid creatures created of fast food, brand logos and basically waste. Though seemingly critical towards society, the sole purpose of his work is to create something that makes him laugh, says Norvet.

Along with his paintings, the show will include sculptural works by the gallery owner, Jason Lascu. He has worked in various mediums including bronze, clay, and plaster, though he is best know for his sculptures consisting primarily of wax and found materials. 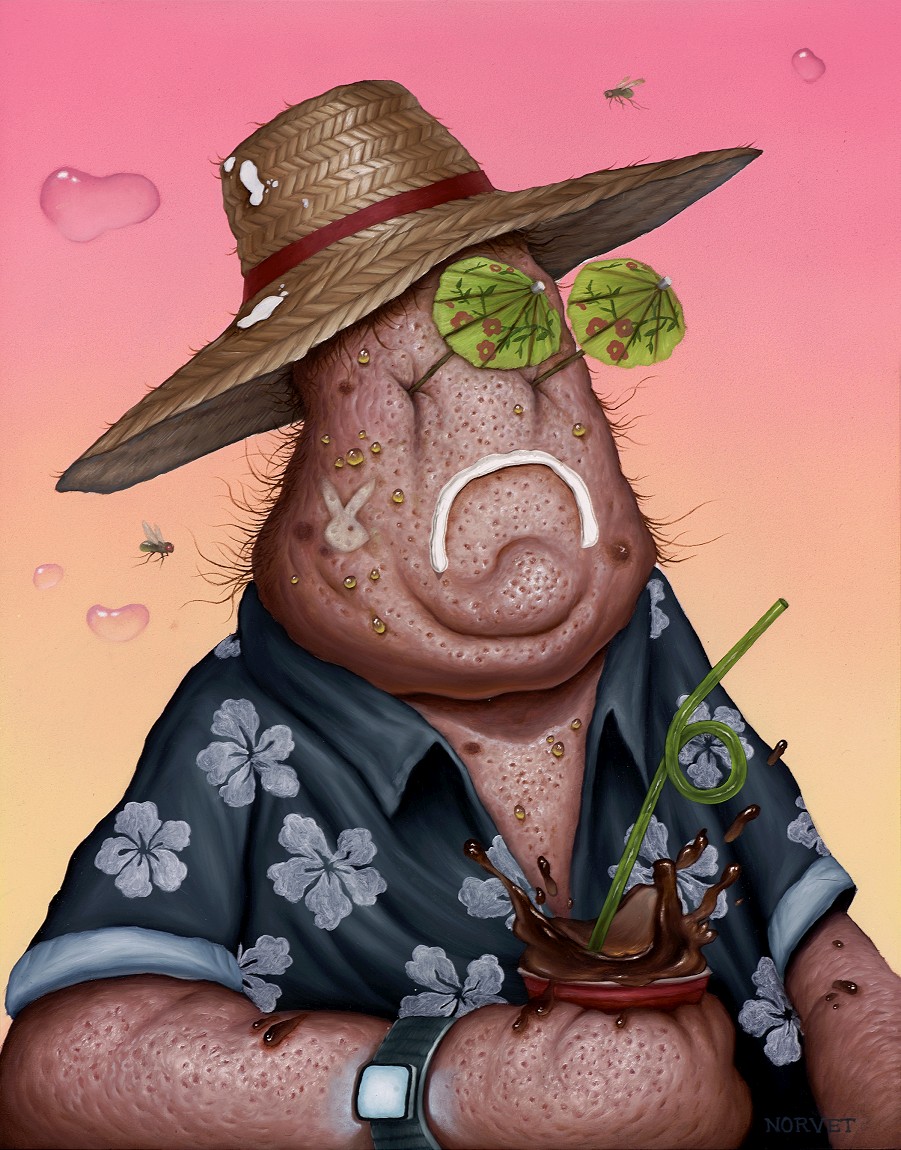 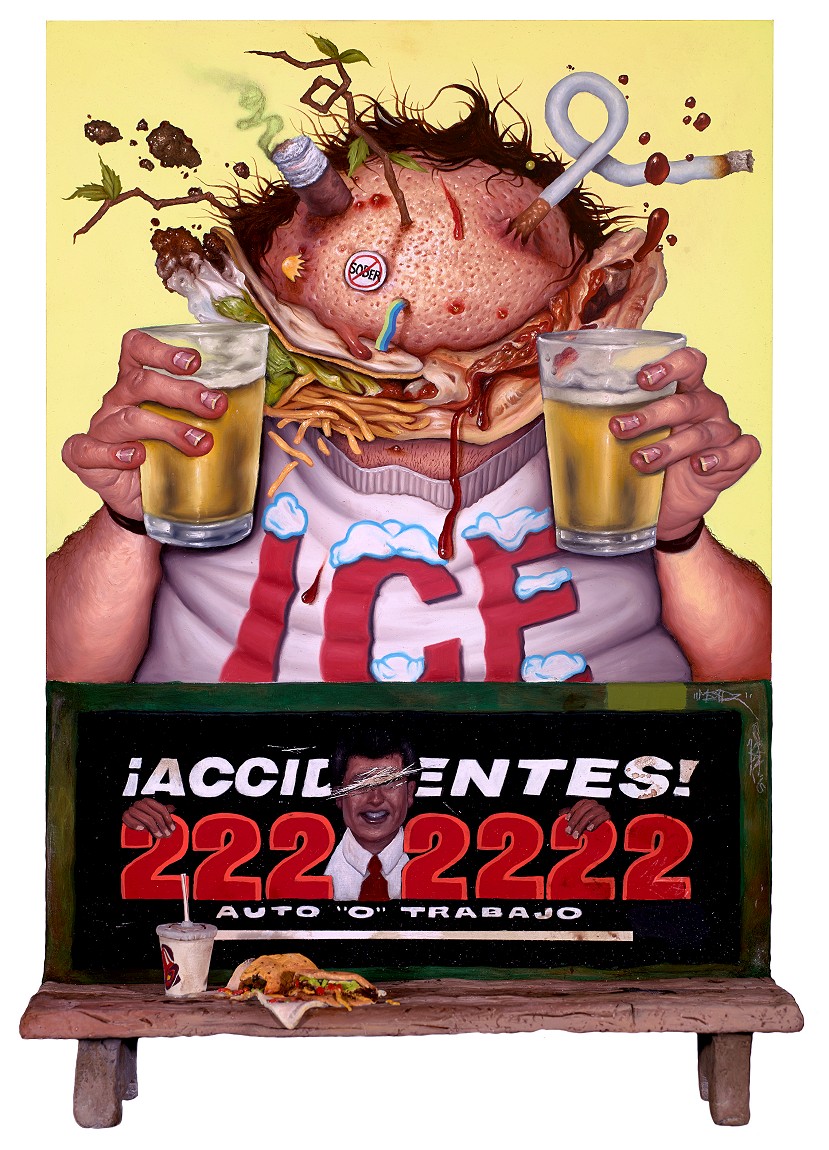 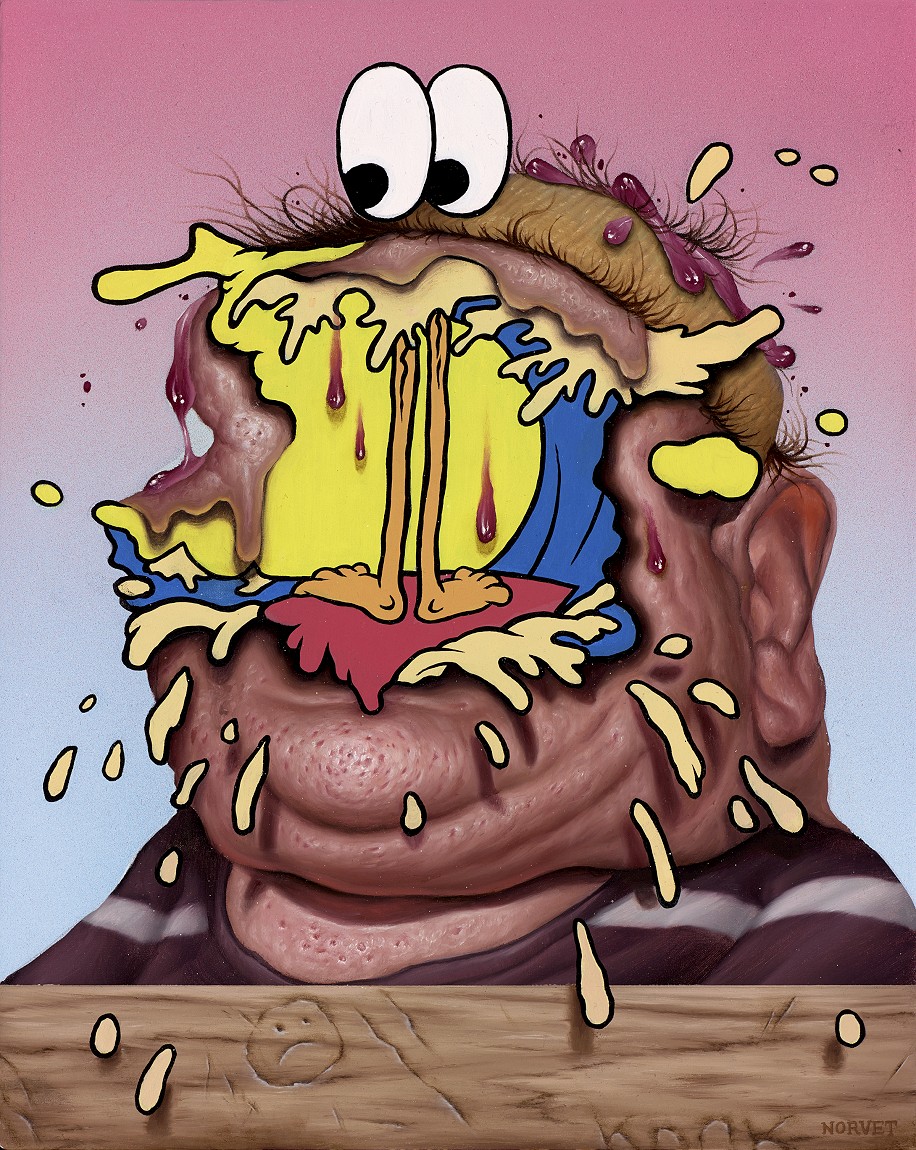 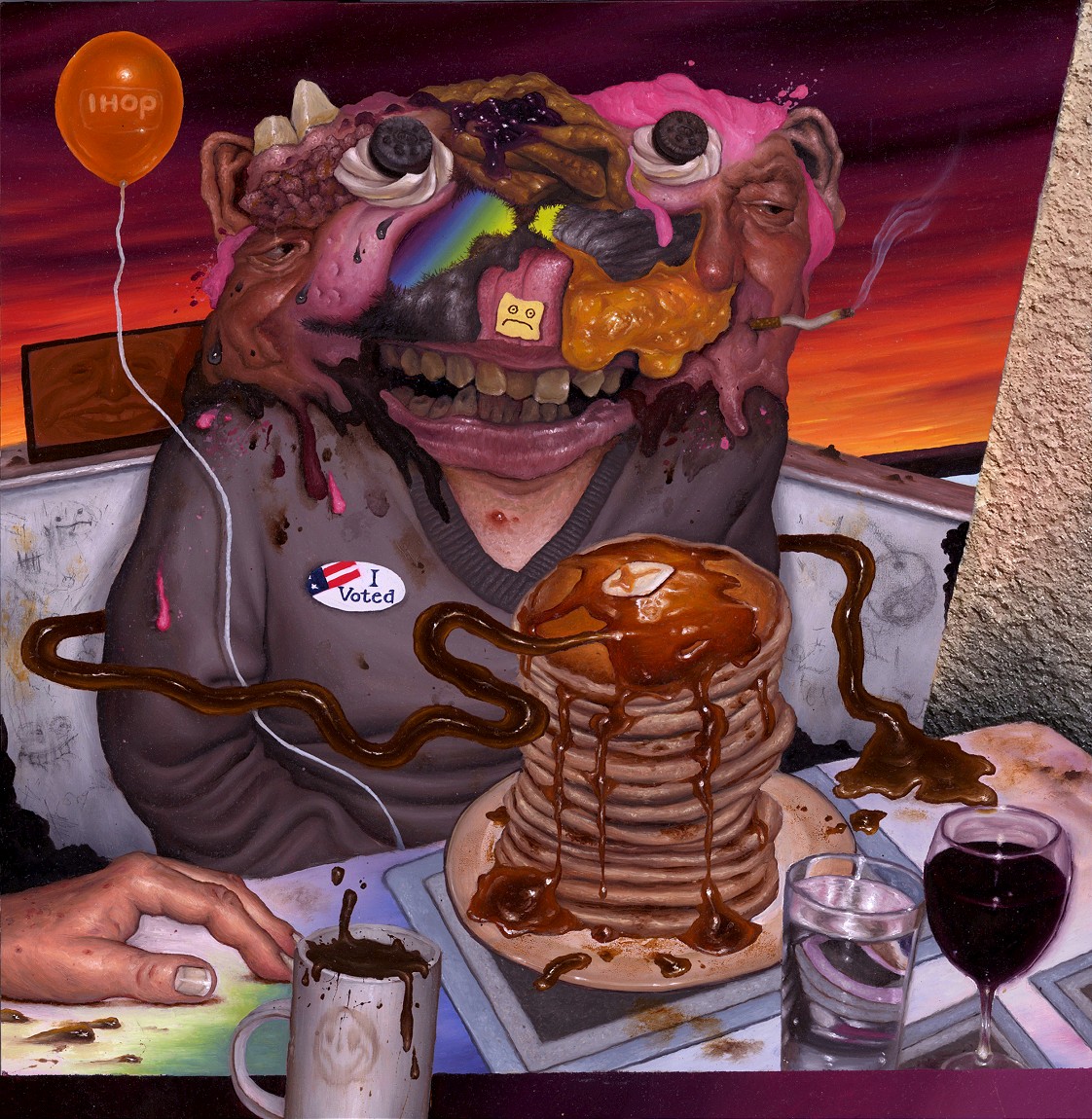