Barry McGee has always been known for doing things the unconventional way – from mediums used to installing and organizing shows, he keeps finding new ways to do the unexpected. His recent RVCA–supported show in Sydney, on the 17th of March, at Sydney’s Monster Children Magazine’s MC06 space was an example of that.

Back for a show in Australia after an 11 year absence, Barry setup a one night event that lasted for two hours sharp. This time, there was no large installations, flipped vans, big clusters of smaller works or any of the familiar stuff fans have been used to from him. Instead, he presented several of signature works on old surfboards and filled up the space with the miscellaneous swag he procured over the last week as he traveled down the east side of Australia. The installation included large printed out photographs, sprayed papers, beach rugs, and even a large tapestry with rather unusual motif on it. 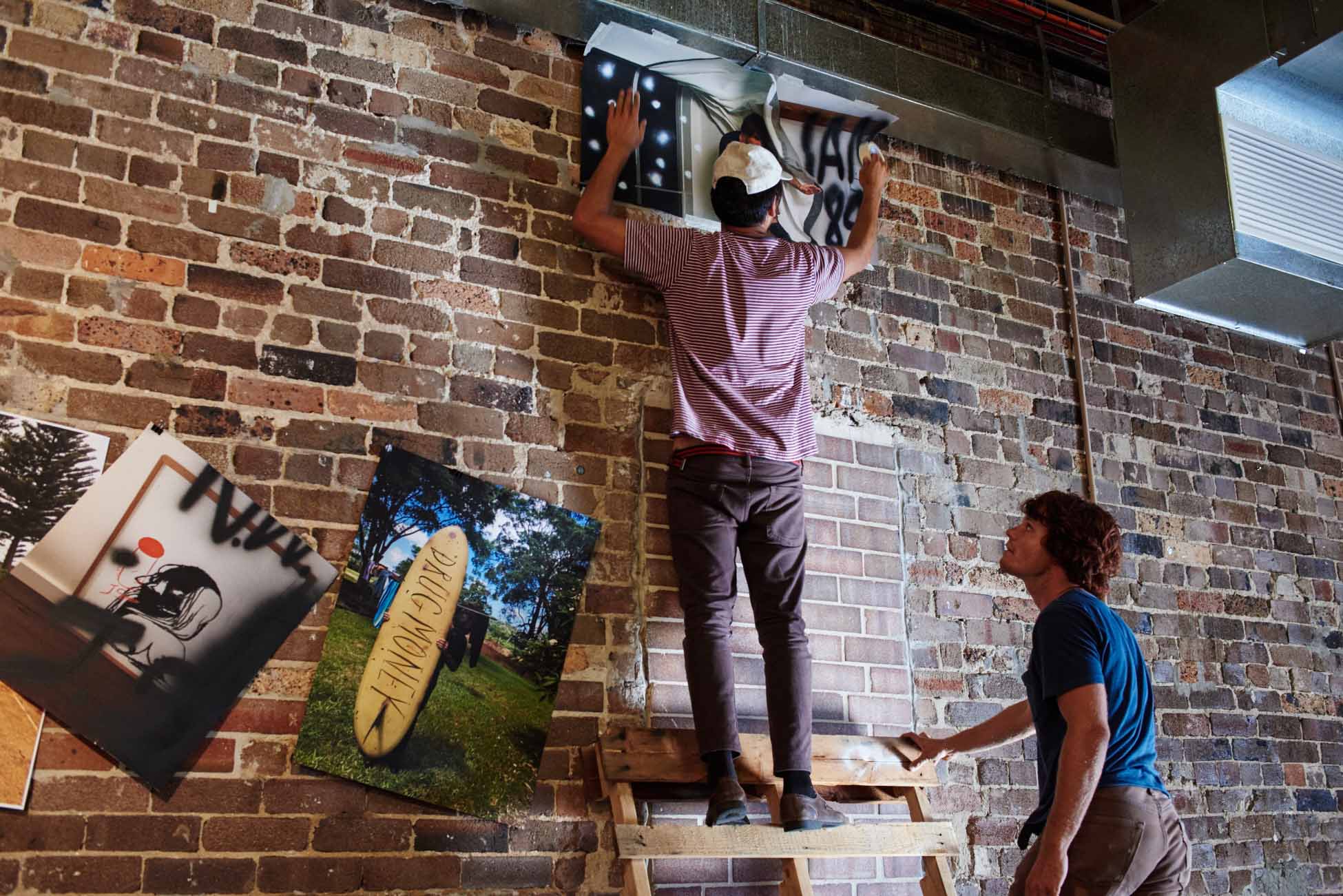 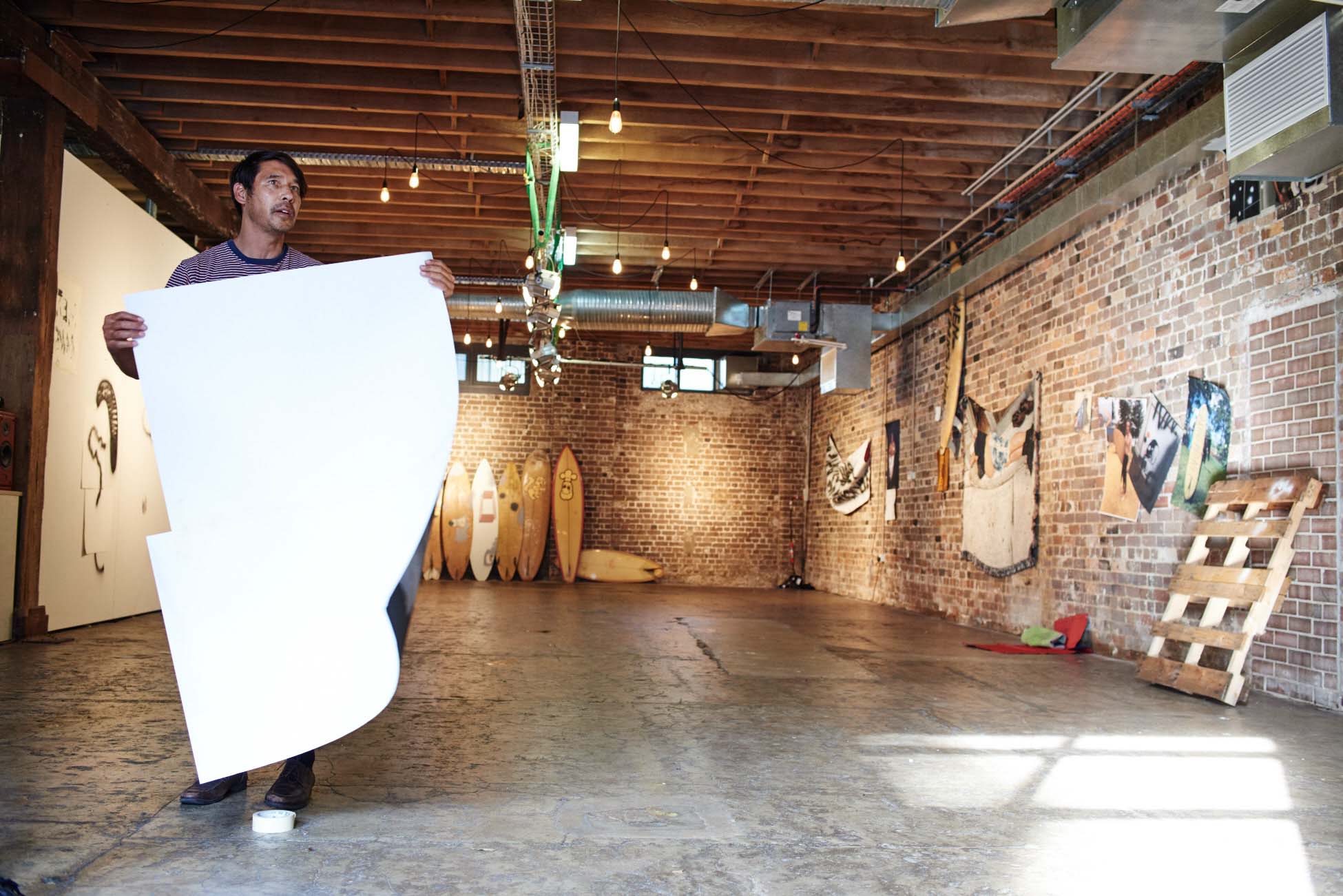 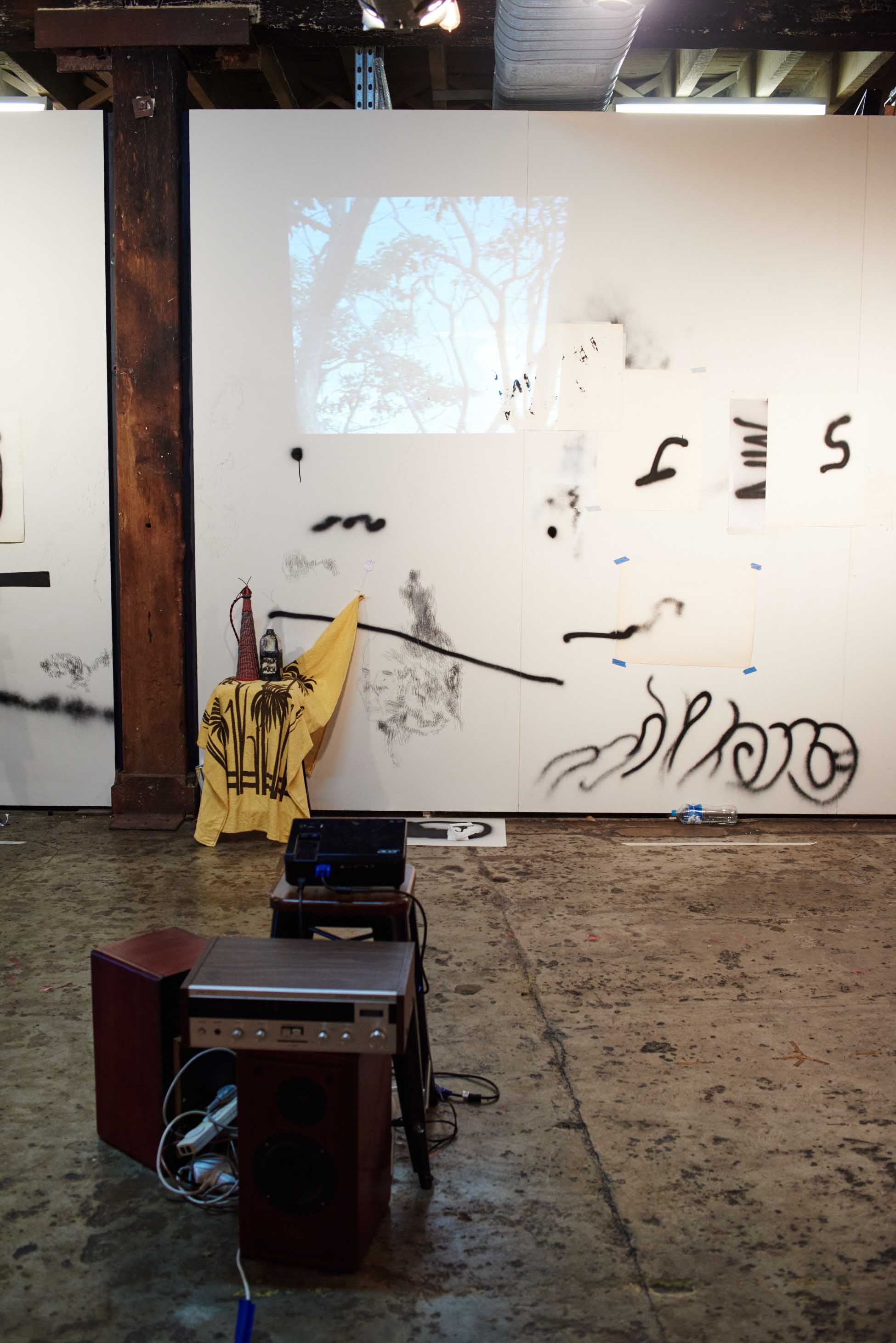 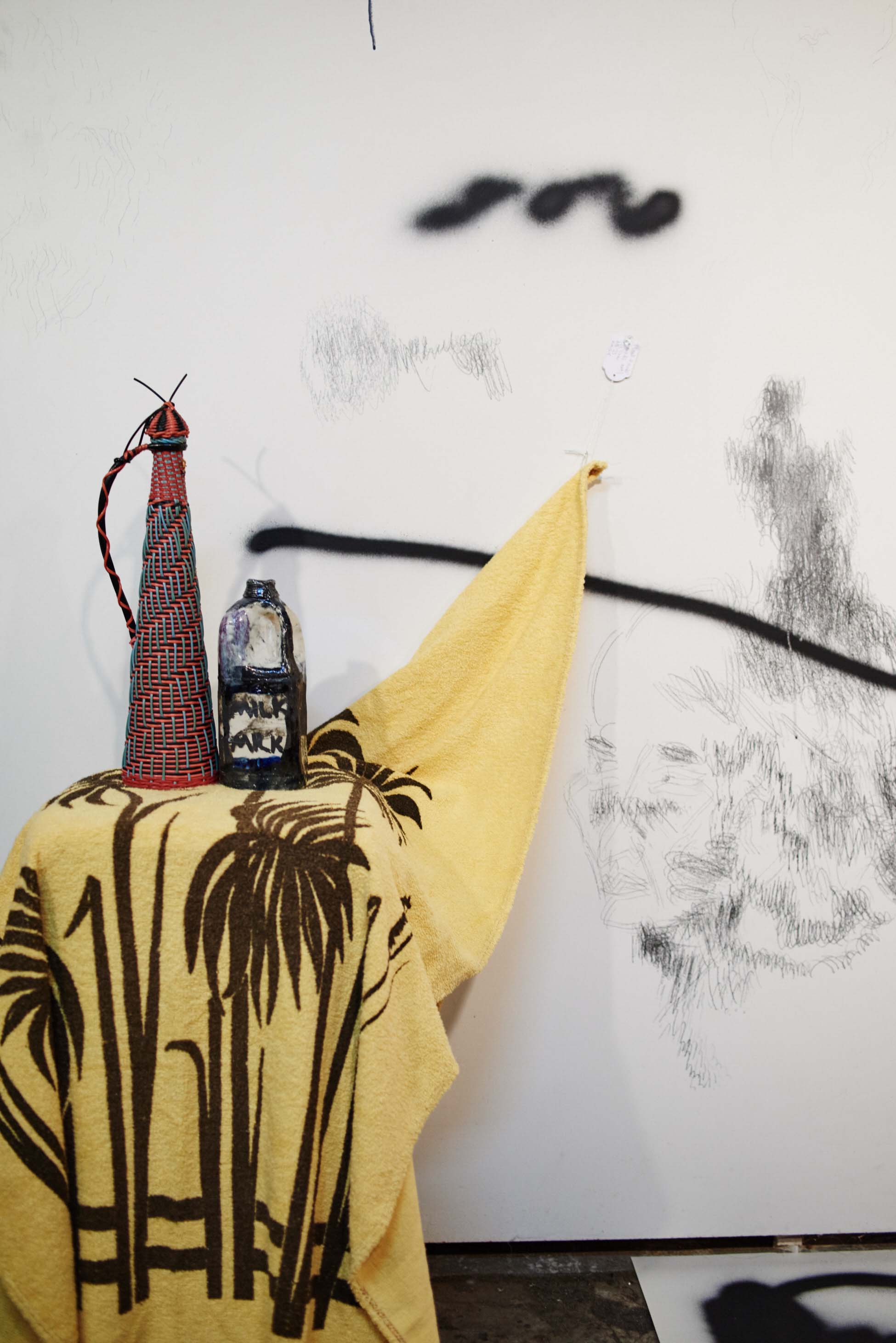 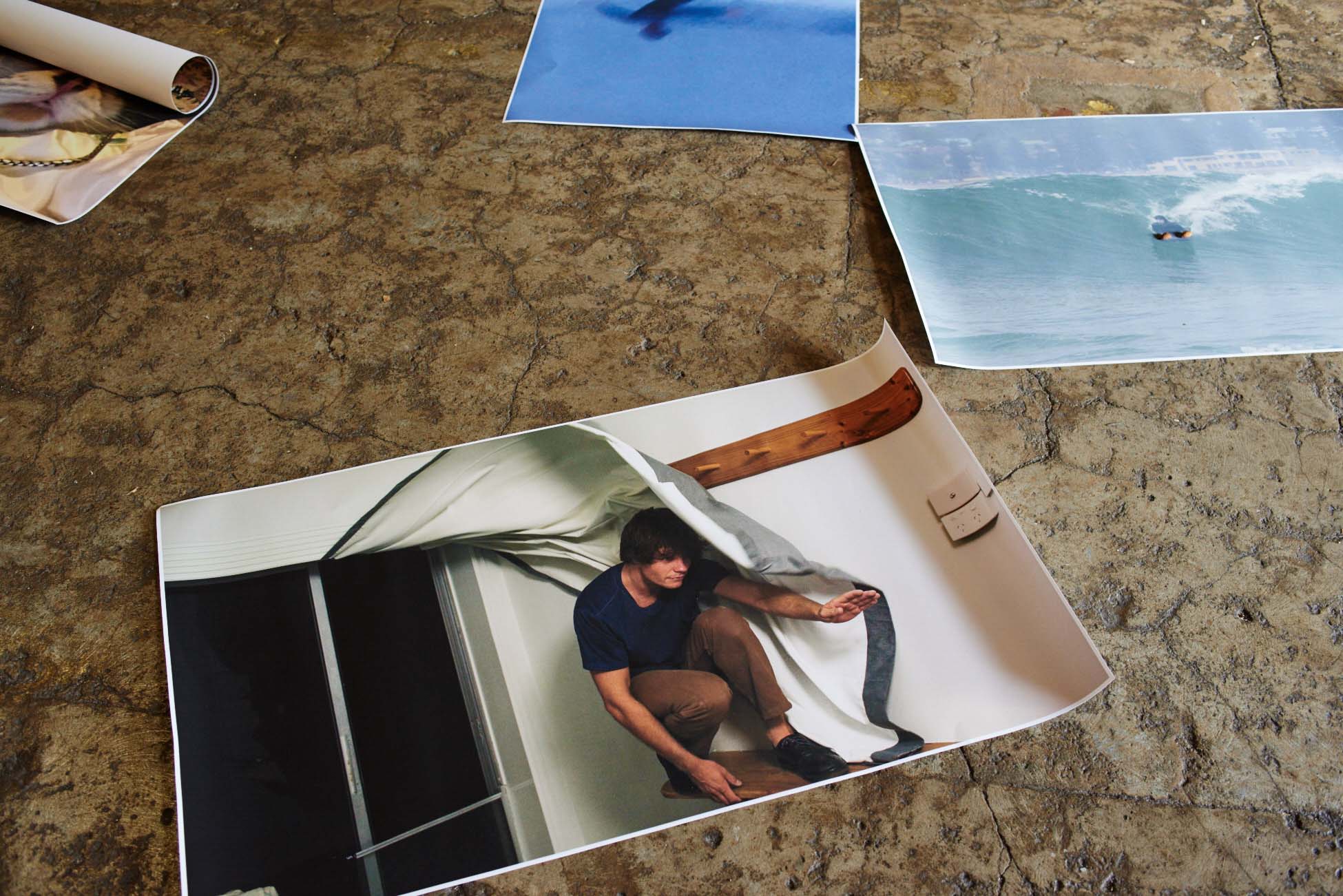 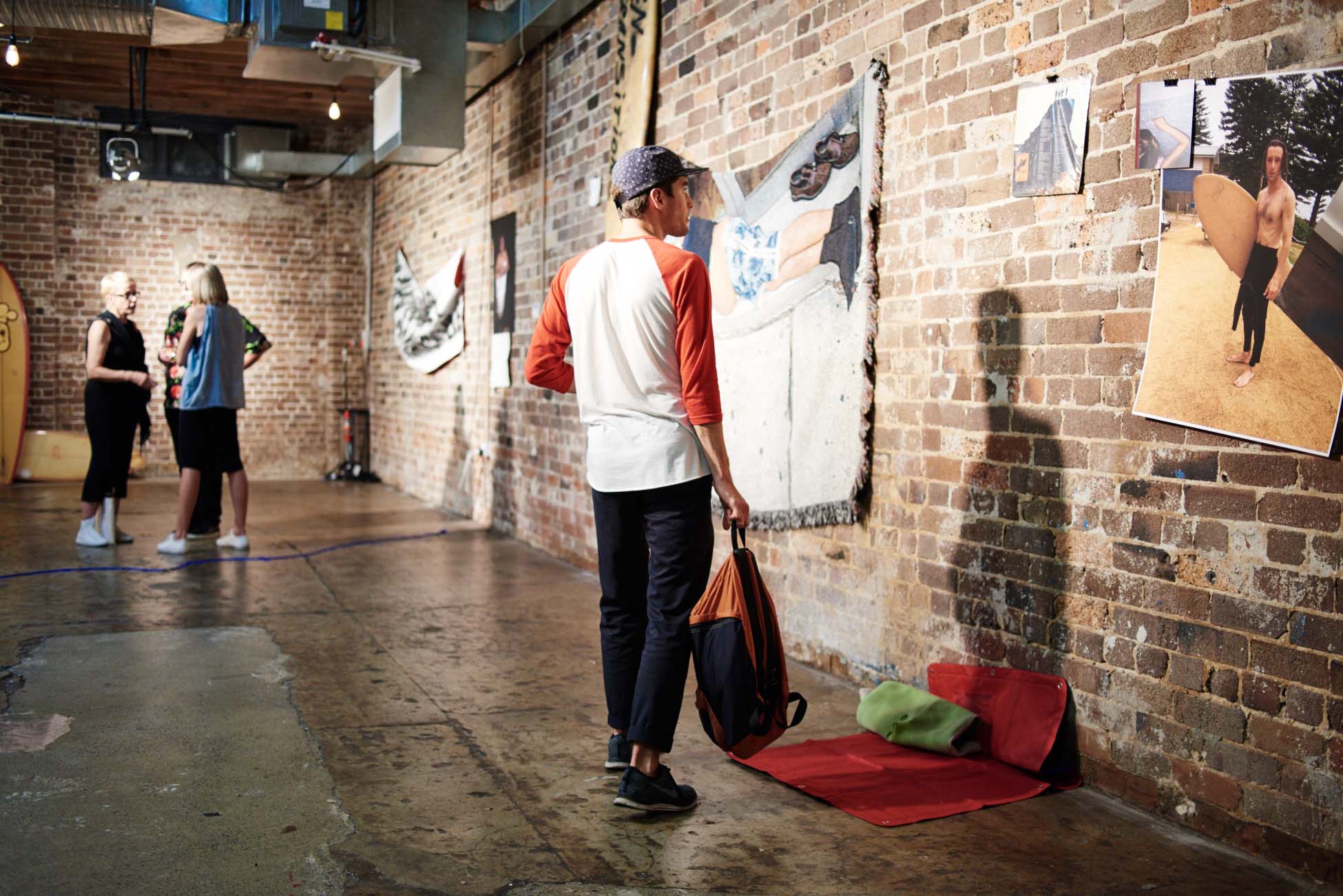 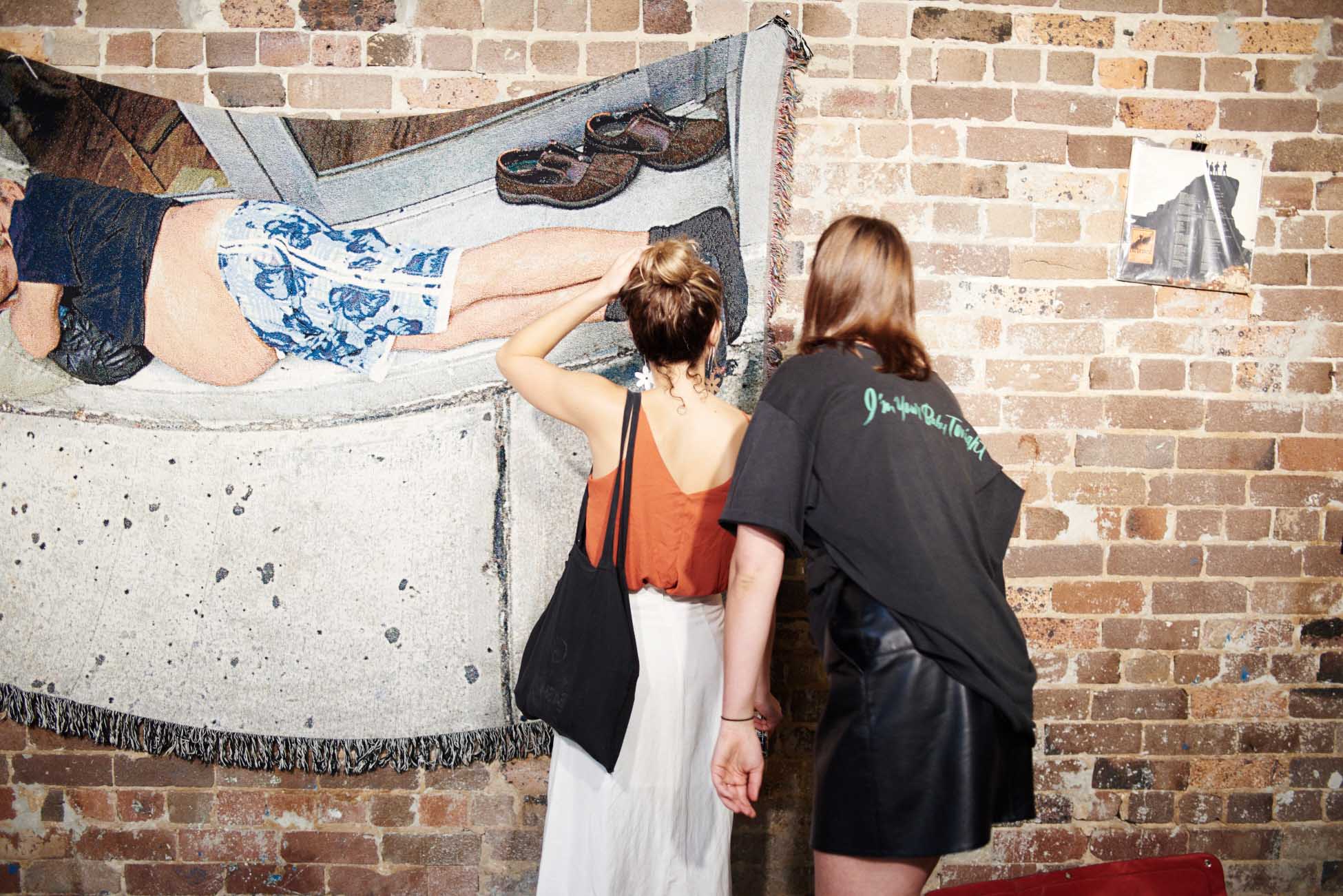 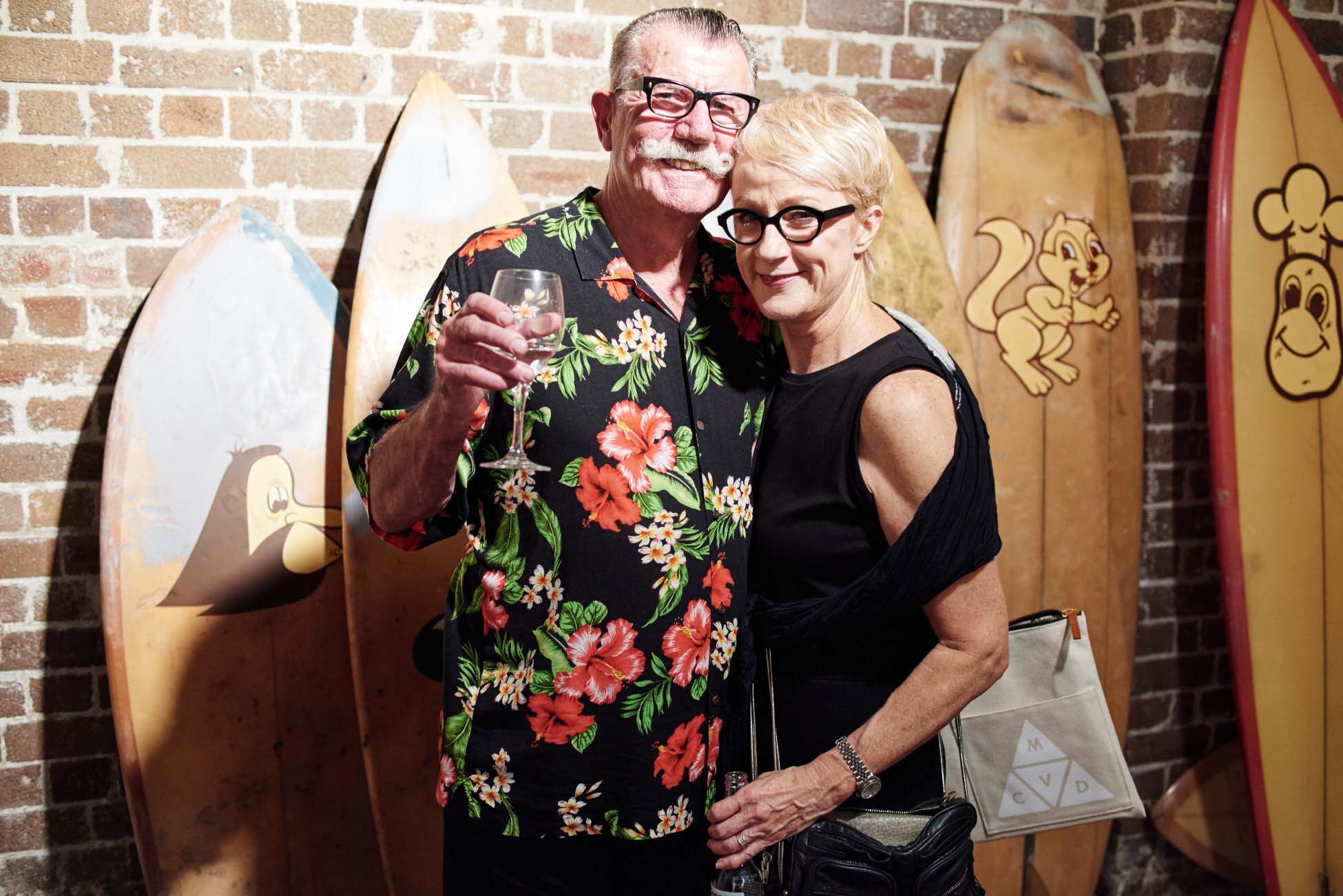