San Francisco’s Spoke Art Gallery is currently running the last couple days of a solo show by Joan Cornellà. For his US debut, the Barcelona-based artist produced several original acrylics on canvas as well as a series of fine art giclee prints of his popular comics.

Though primarily showing his work on the most competitive platform there is, the internet, Cornellà’s dark, unsettling, sometimes even offensive comics quickly became a viral phenomenon. Mixing a playful 1950’s advertising or airline safety pamphlets aesthetics and a morbid story line, the artist creates work that is the very core of black comedy. Widely shared on social networks, his provocative commentary on sensible topics ridicule everything from the technology-obsessed generation, homelessness, drug addiction, and violence to racism, police brutality, religion or death. Laughing at other people’s misery has always been one of humanity’s “qualities” and that is exactly what Cornellà’s work is focusing on. There is almost no subject that too sacred for the artist not to make fun of with his plain, mostly six panel, wordless comics. This paved the way for his dumbly grinning characters to become sort of icons of pop culture, which was confirmed by the impressive turnout on the opening night. 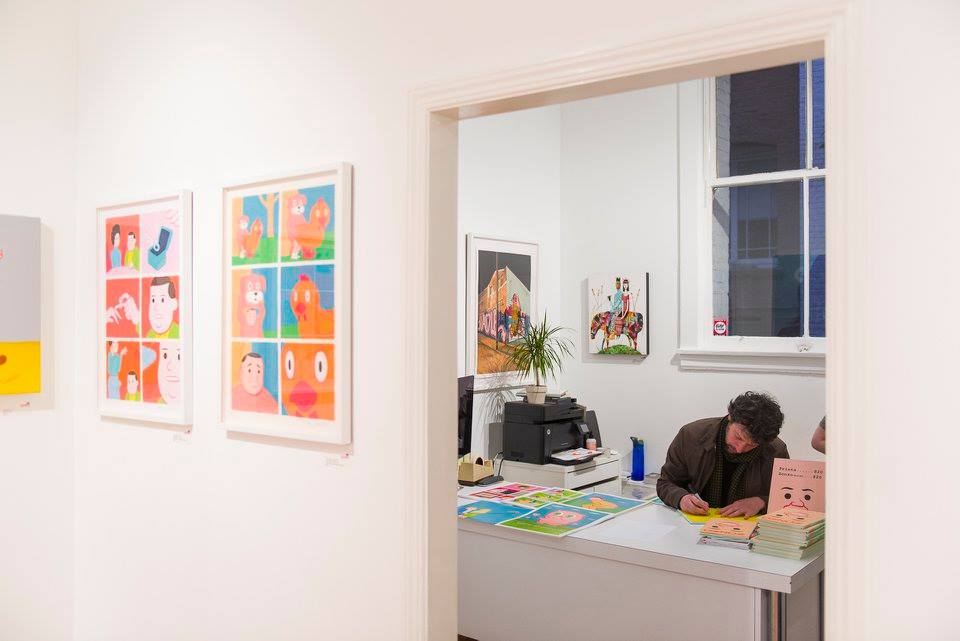 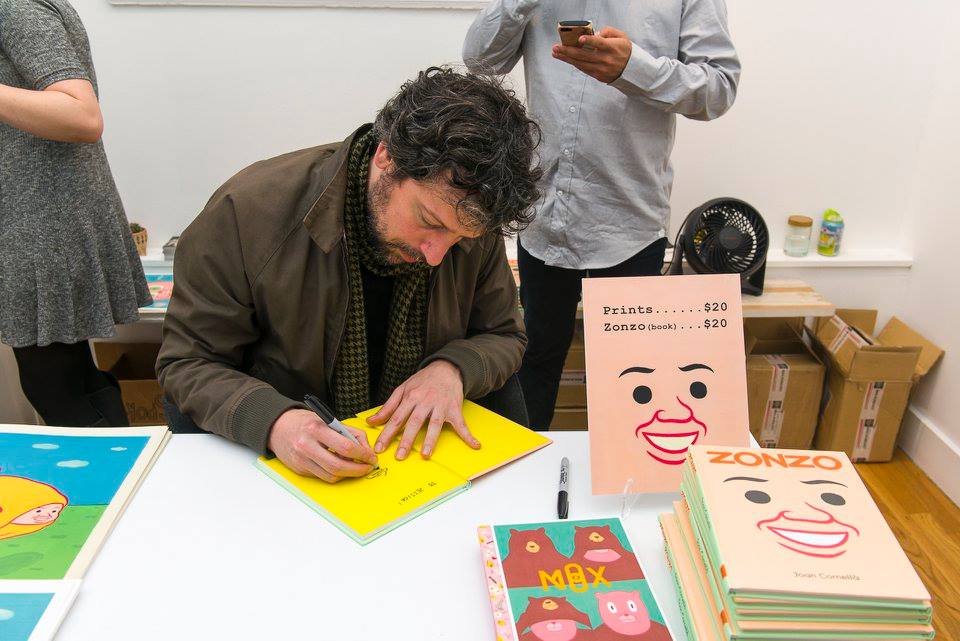 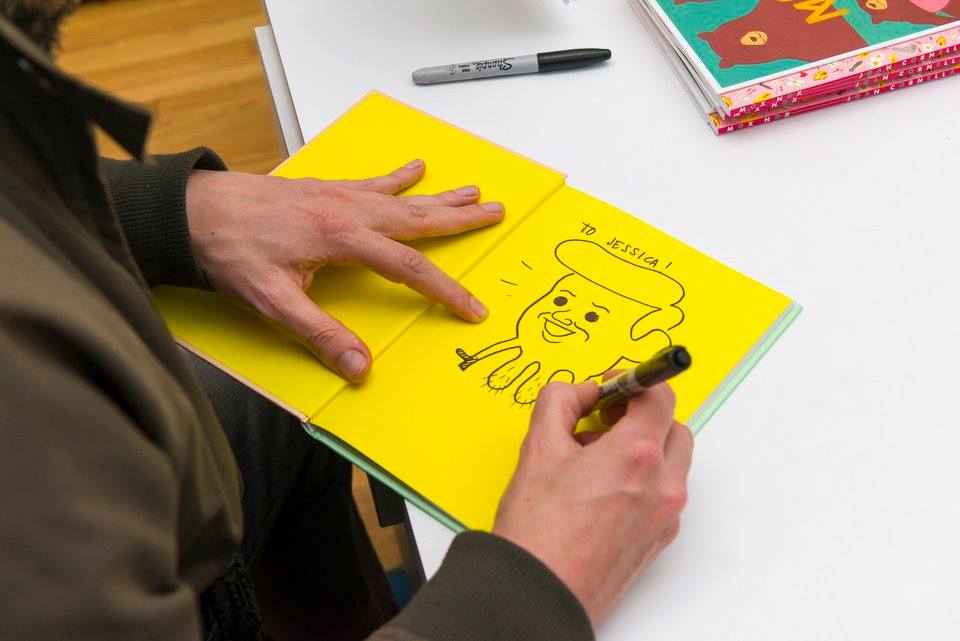 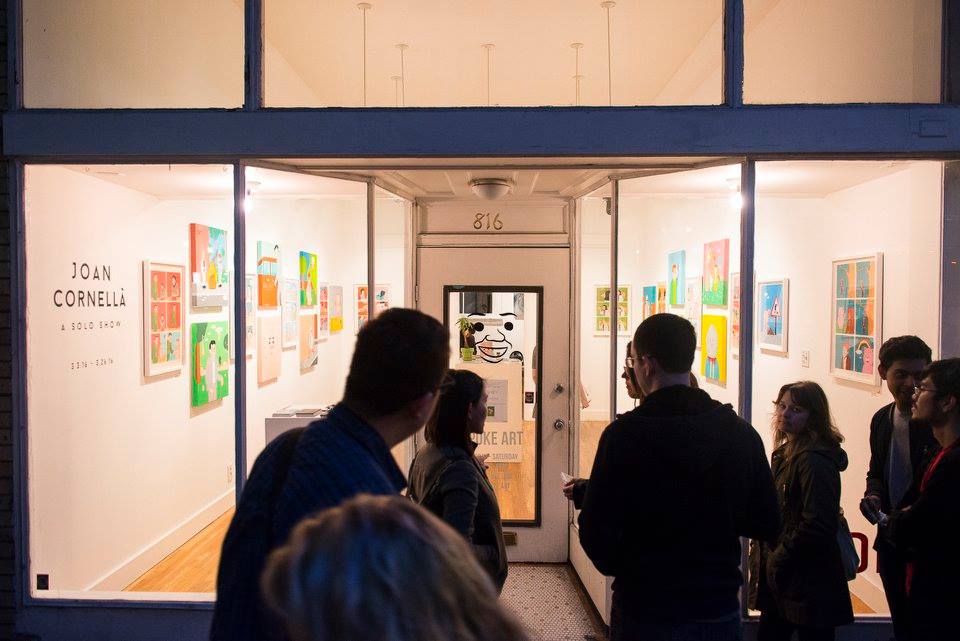 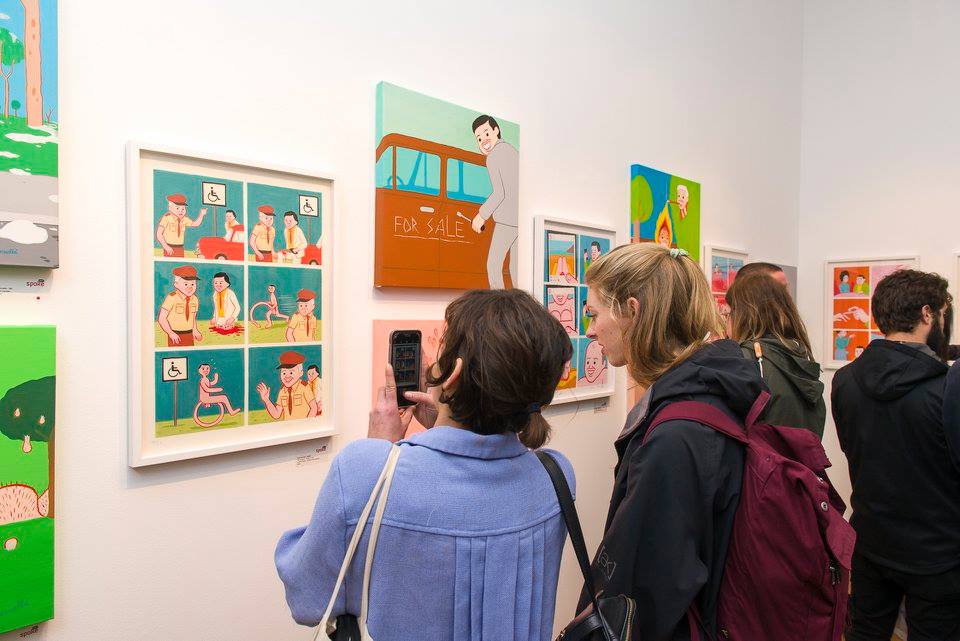 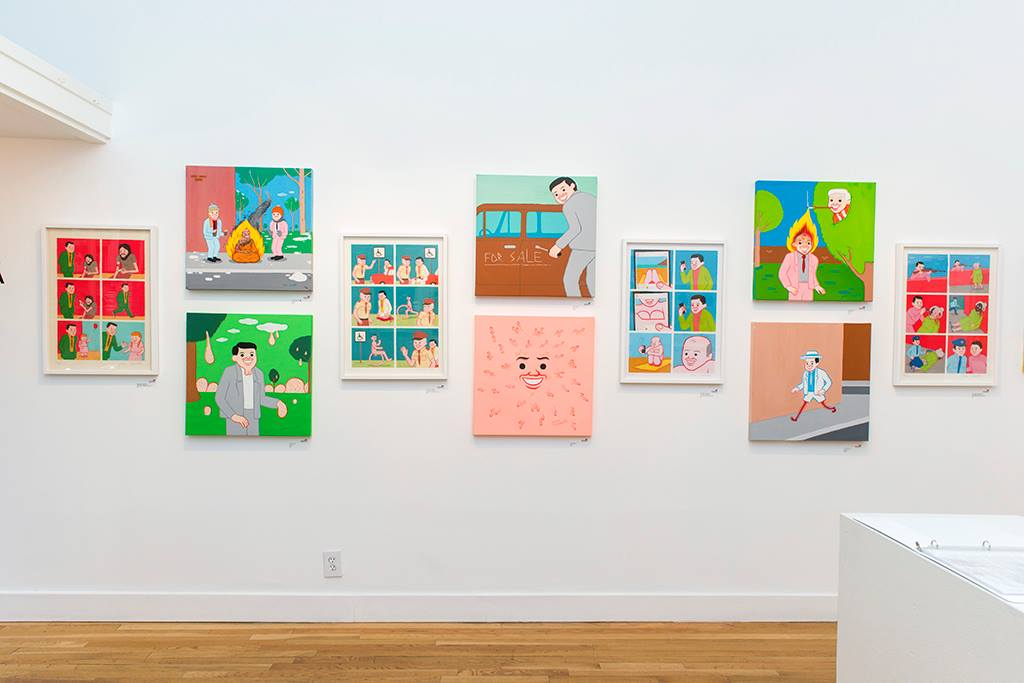 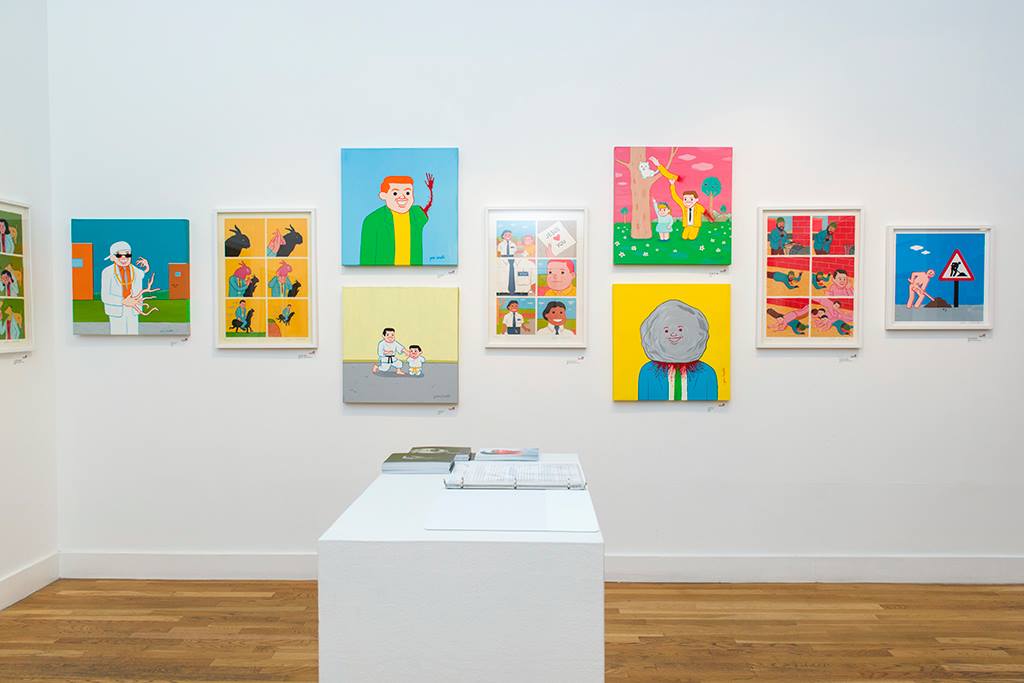 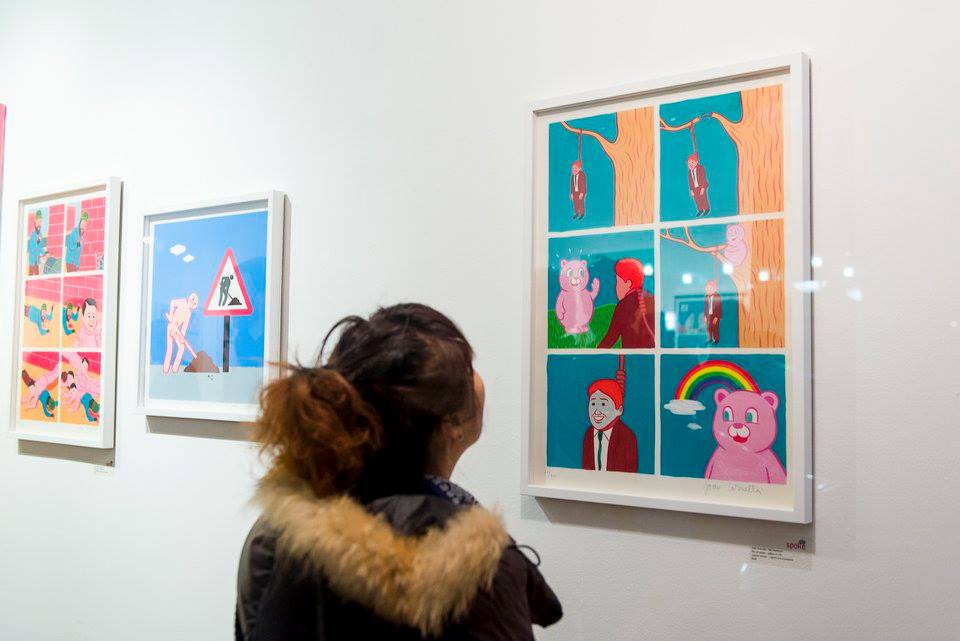