After buffing his murals in Berlin back in December 2015, protesting against gentrification of the area, Blu just started erasing all of his murals in Bologna. Backed up by his friends from the XM24 and Crash collectives, many murals were destroyed over night and more are being deleted today.

The reason for such drastic action is an upcoming show Street Art: Banksy & Co. – L’Arte allo Stato Urbano, opening on the 18th of March in his hometown. Promoted by the most important bank foundation in town and the same people that Blu’s murals comment on, this was the only possible solution for the artist. Being already featured in the show, against his will, he decided it’s better to destroy his work than have them included in this event. The fact that the exhibition is being put up in a city that criminalized graffiti and is sending underage kids on trial for it, makes more obvious how hypocritical the situation is. Presenting themselves as saviors and appreciators of street artist, the organizers are basically stealing and privatizing what was meant to be public and free. But, Blu’s unpredictable and uncompromising character might make that a bit harder than anticipated. 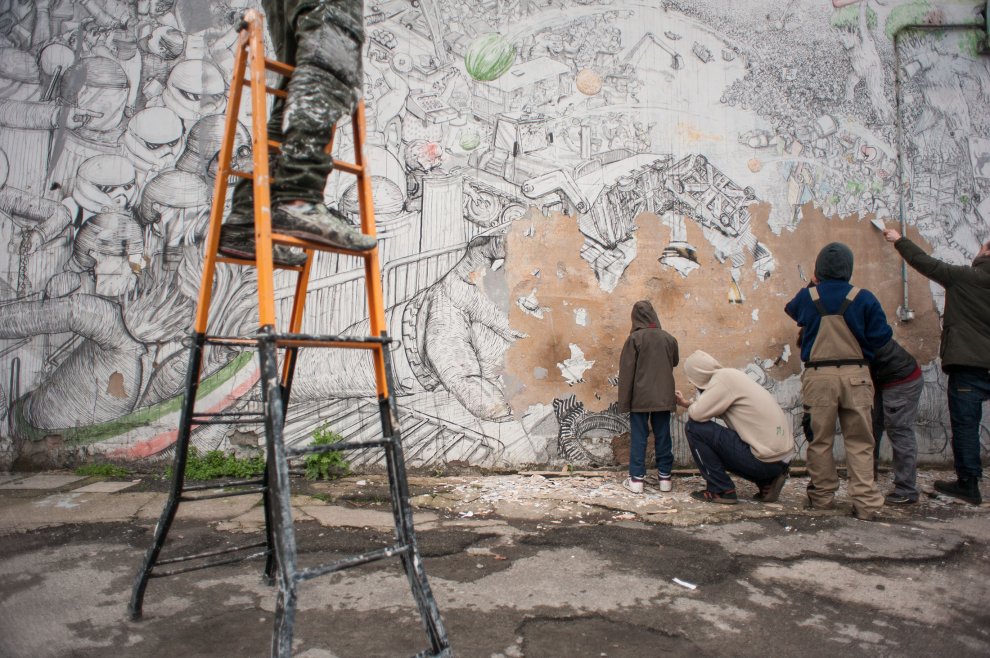 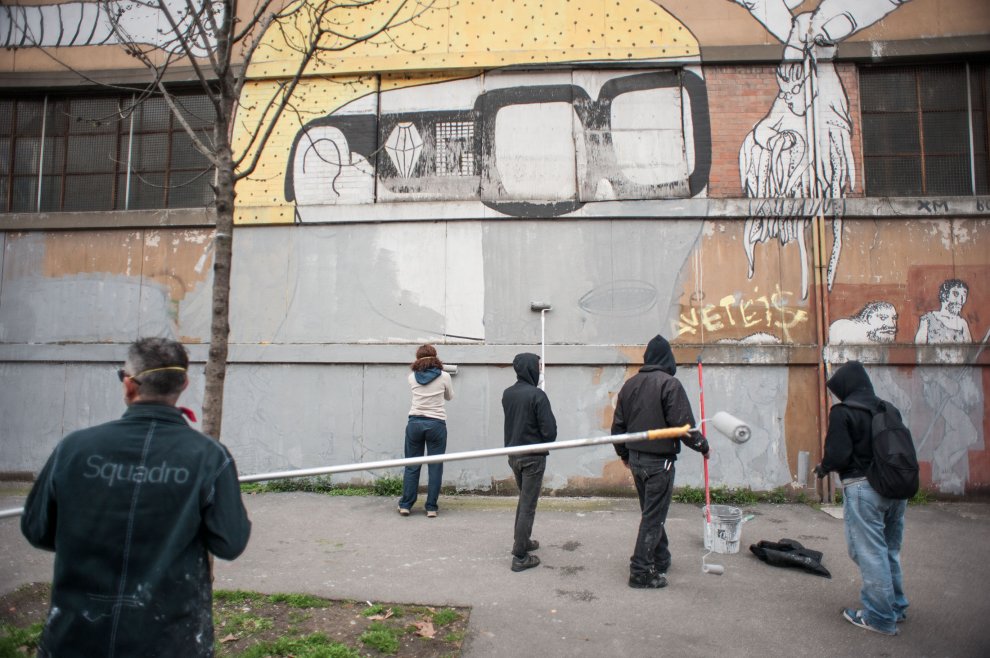 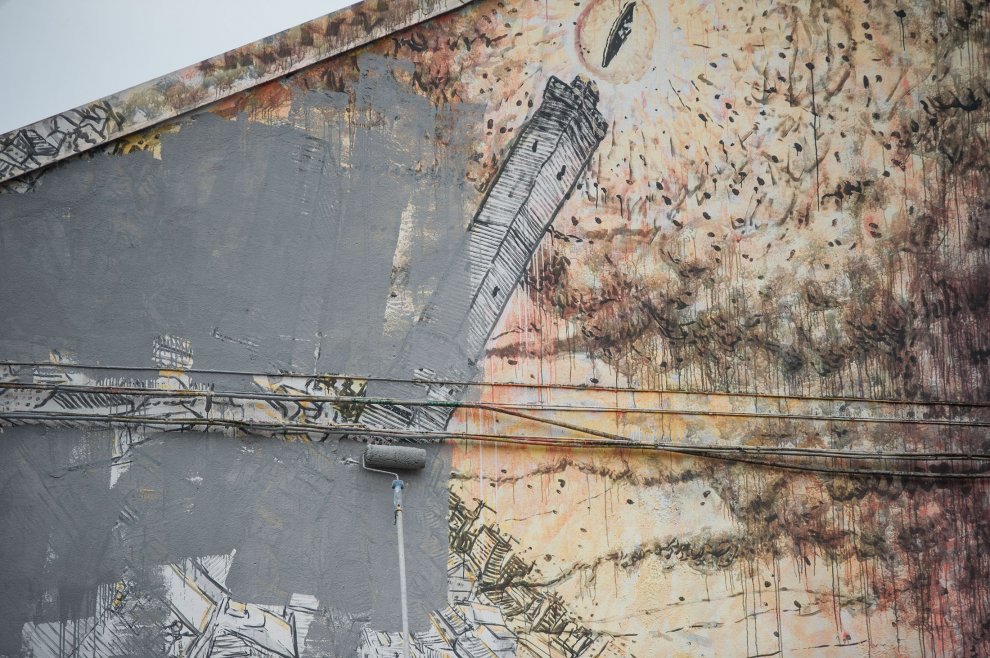 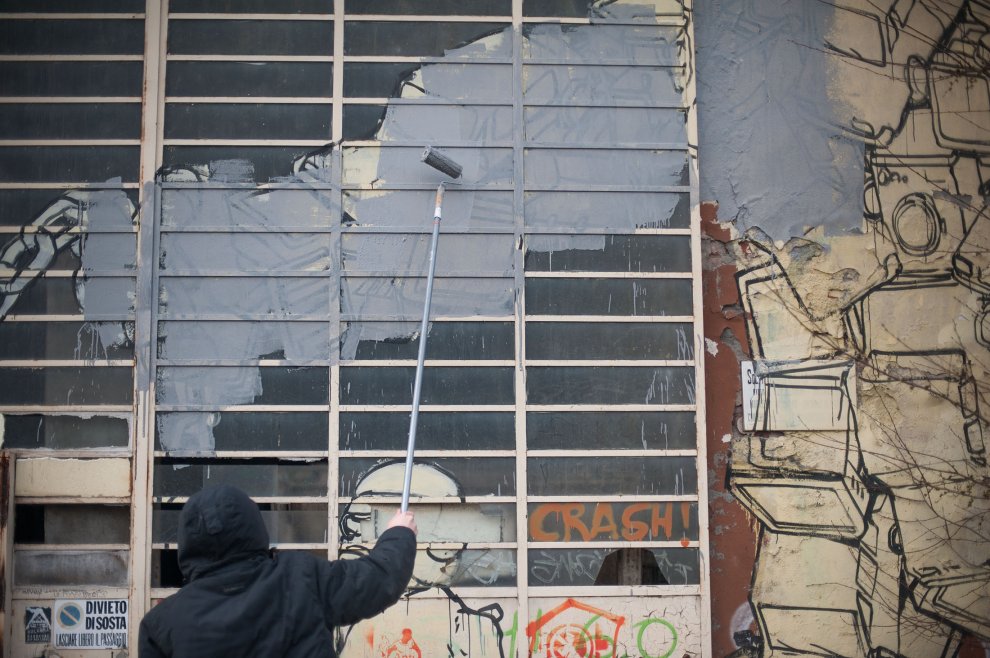 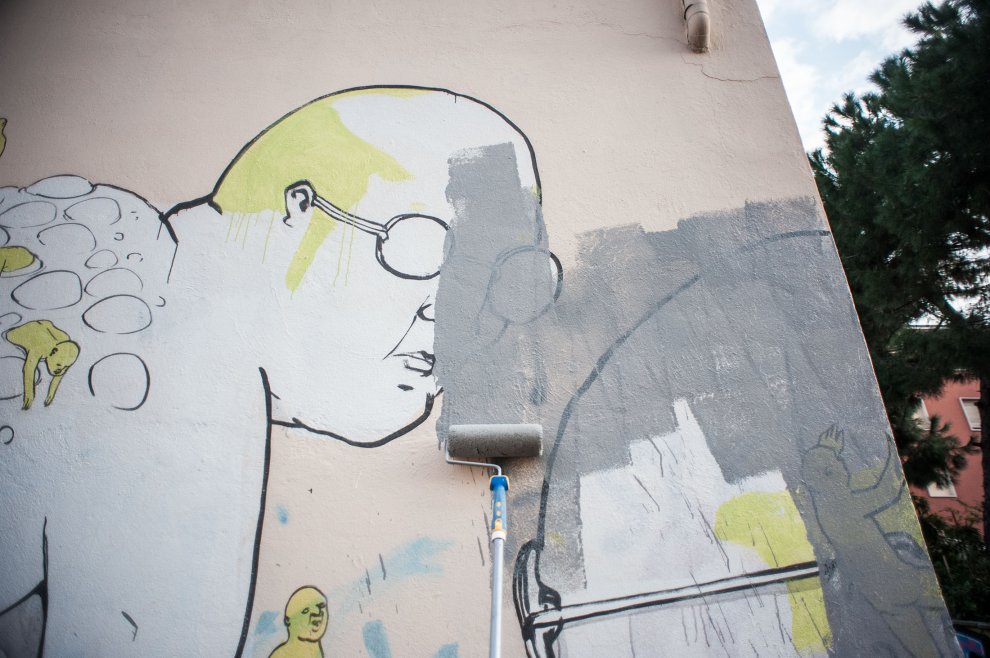 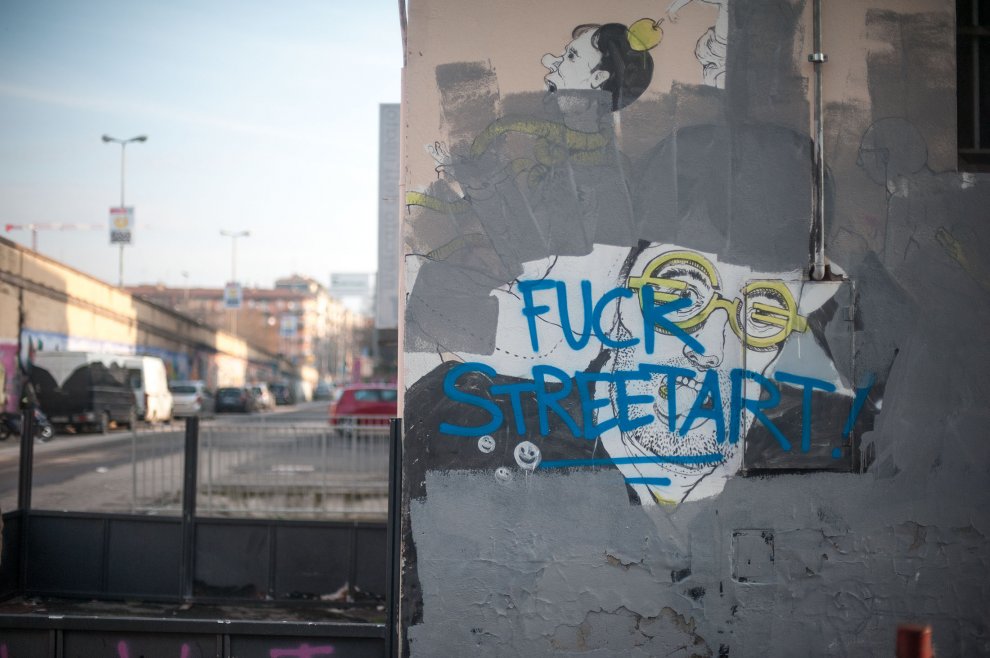