Previously seen as an ink drawing and oil on canvas piece, the “Labyrinth” image from Rustam Qbic recently took form as a large mural in Kiev, Ukraine, officially marking the beginning of the Art United Us project. Aiming to become the biggest urban art project (engaging 200 artists through mural art) while spreading the message of peace on Earth, the event is scheduled to take place in Ukraine and around the globe over the course of the next 2 years.

Showing a mythical looking character hovering over a maze of buildings, this new work from Rustam Qbic symbolizes finding your own path in the journey that is life. Using familiar pastel tones and recreating a similar feel to his oil works, the Kazan-based artist spent almost 10 days armed with brushes and rollers rendering this piece. After kicking things off with this large mural on the facade of a five story building in central Kiev, the project will continue with a 50 m tall mural by Spanish artist Liqen. 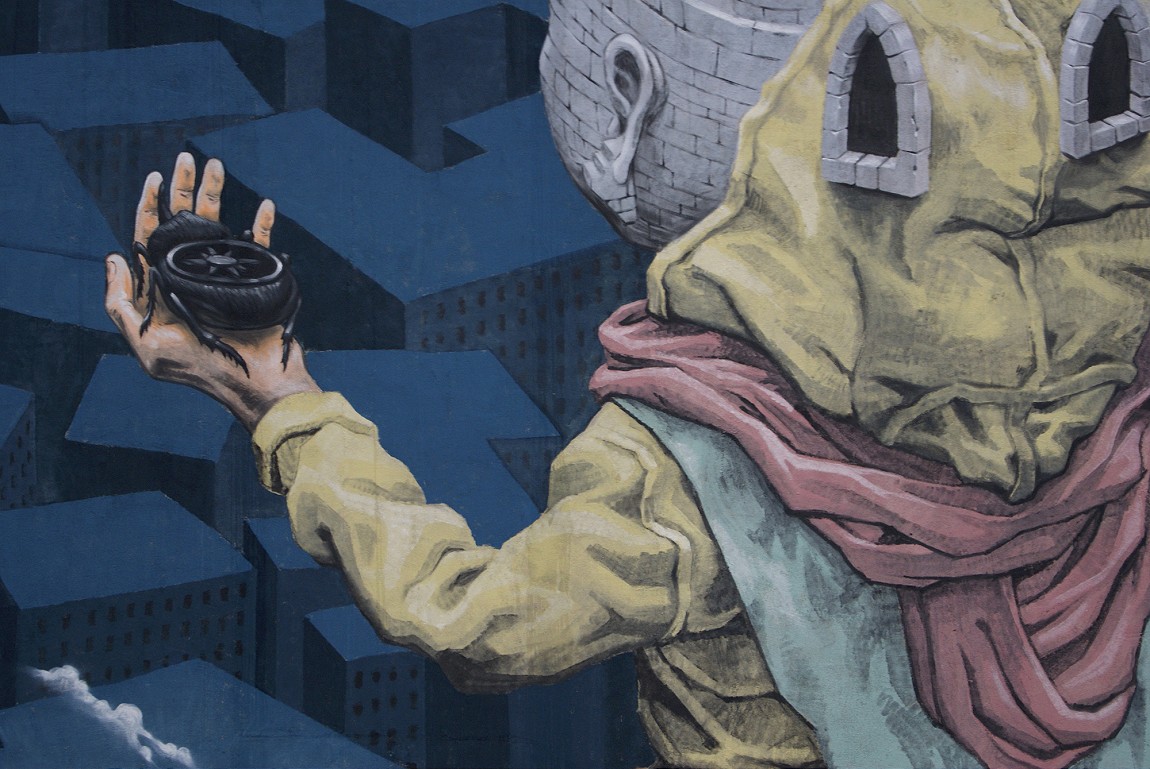 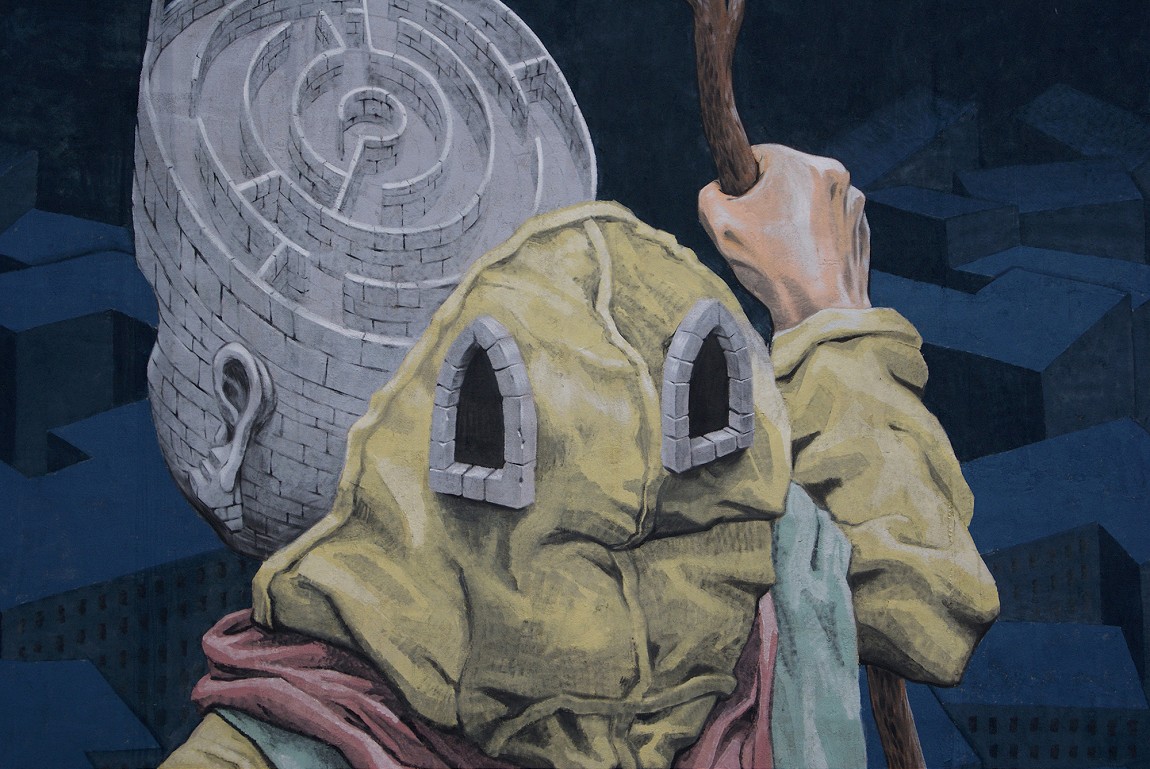 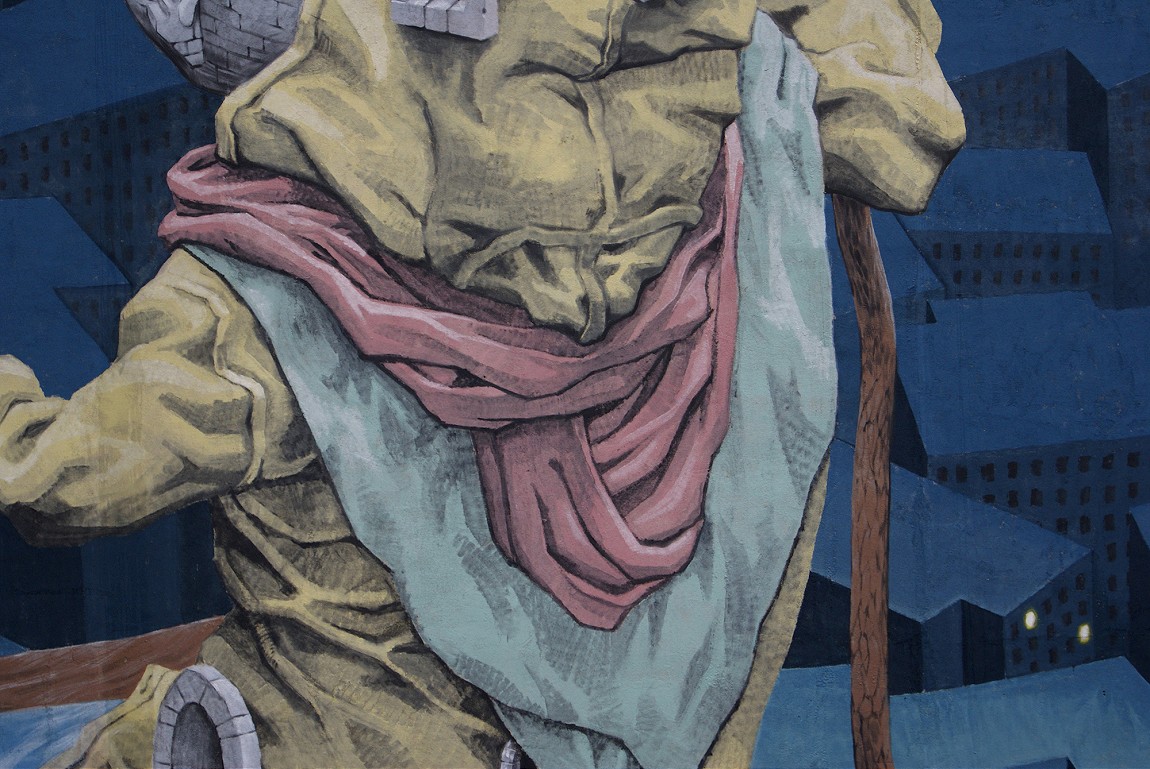 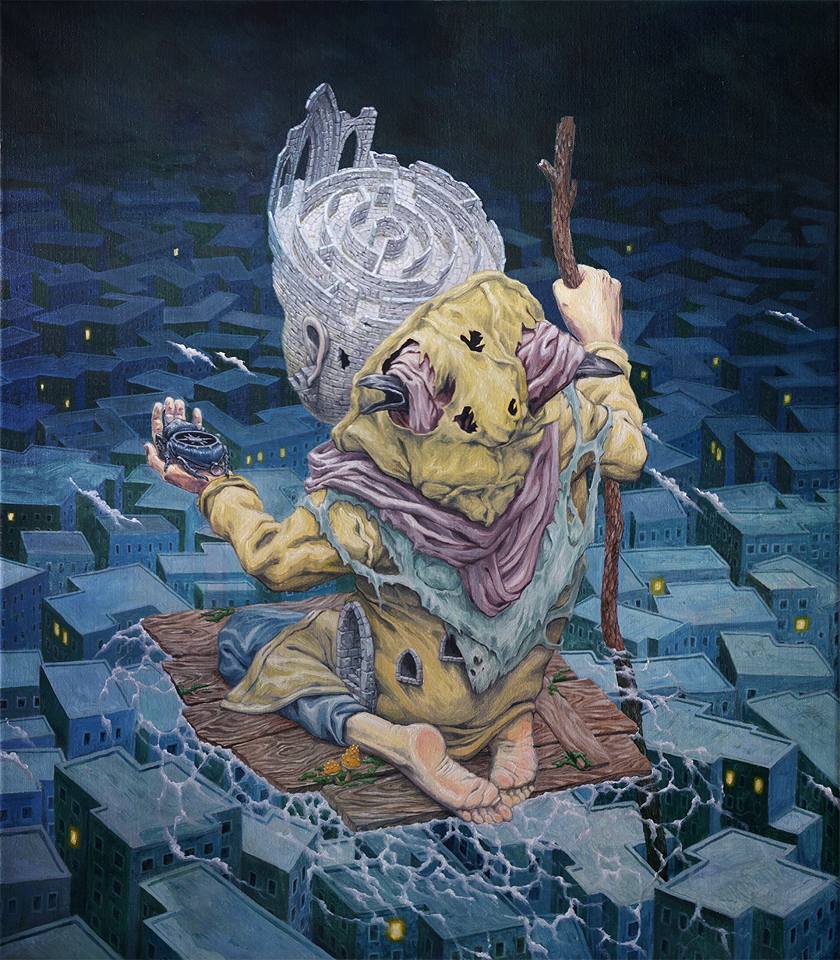 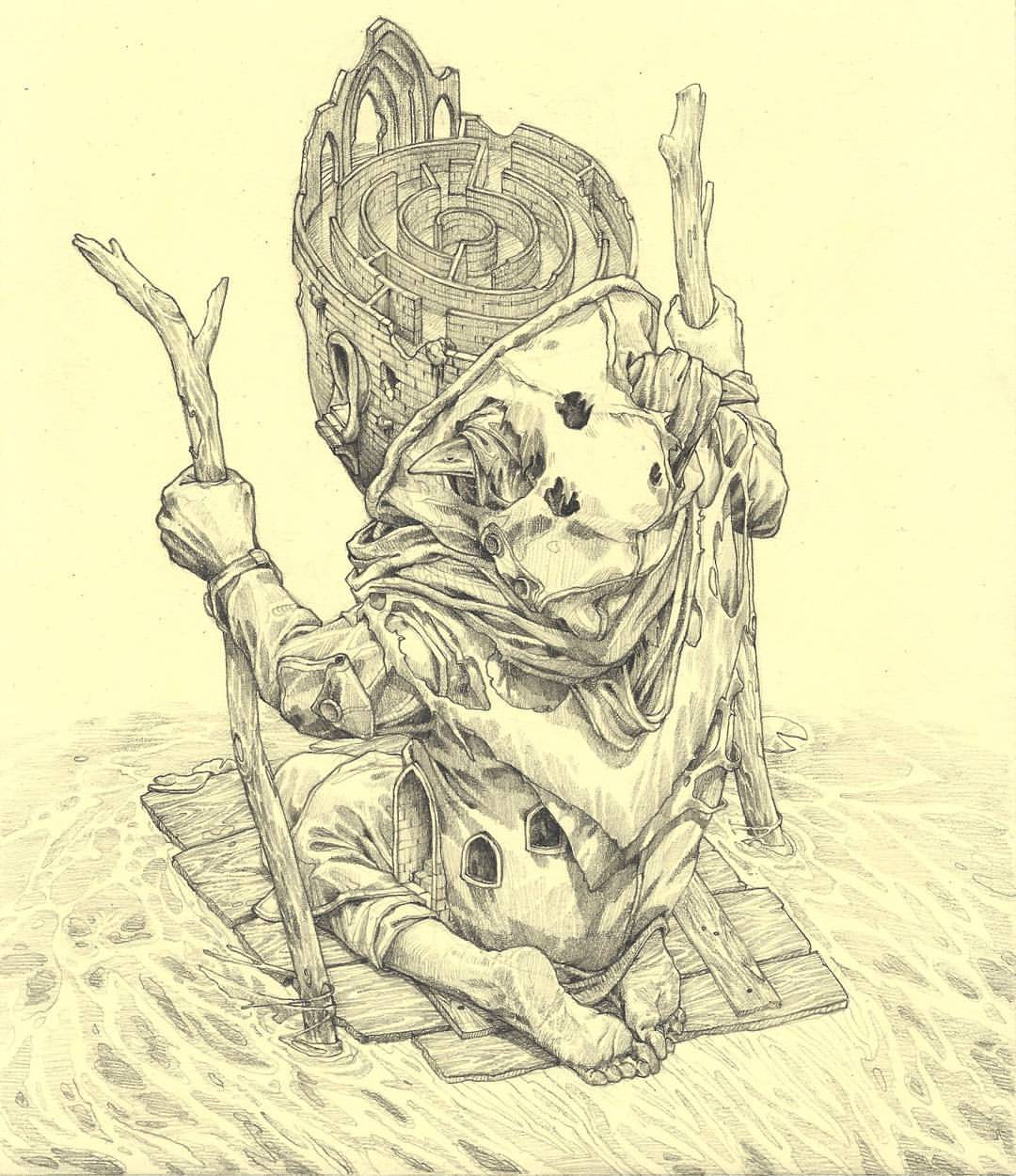