Icelandic conceptual artist and abstract painter Katrin Fridriks (covered) returns to Lazarides Rathbone in London for a new solo exhibition entitled Macrocosm. Along with the 2014 installation Perception of the Stendhal Syndrome – Gene&Ethics Master Prism with a giant magnifying glass, the exhibition features a whole new body of works, with canvases bursting with vibrant and swirling energetic coloured shapes of splashing paint. The role of the magnifying glass is to enhance the intensity of the experience of being overwhelmed by the artwork, evoking a phenomenon that is called “beauty nausea.”

The two dichotomies contained within the gallery space represent the elusive philosophical idea of macrocosm with one canvas being a micro particle of the other.  ‘Macrocosm,’ originating from Ancient Greek philosophy, refers to everything that exists, an infinite, complex structure that can be regarded as a universe, or the cosmos. The microcosm, however, is just a small representative part of it. Since the time of Plato, human imagination has been drawn to an idea of an analogy between the macro and the microcosm. Thus ‘as above, so below’ was a leading motto in the doctrine of ‘correspondences’ between the two dimensions. The spatial arrangement of this show invites viewers to participate, to adopt various viewpoints, and to discover new perspectives and hidden depths within the paint through the magnifying glass.

Along with presenting the new body of work, Fridriks was also signing her first monograph which includes the installation Stendhal Syndrome on the cover. 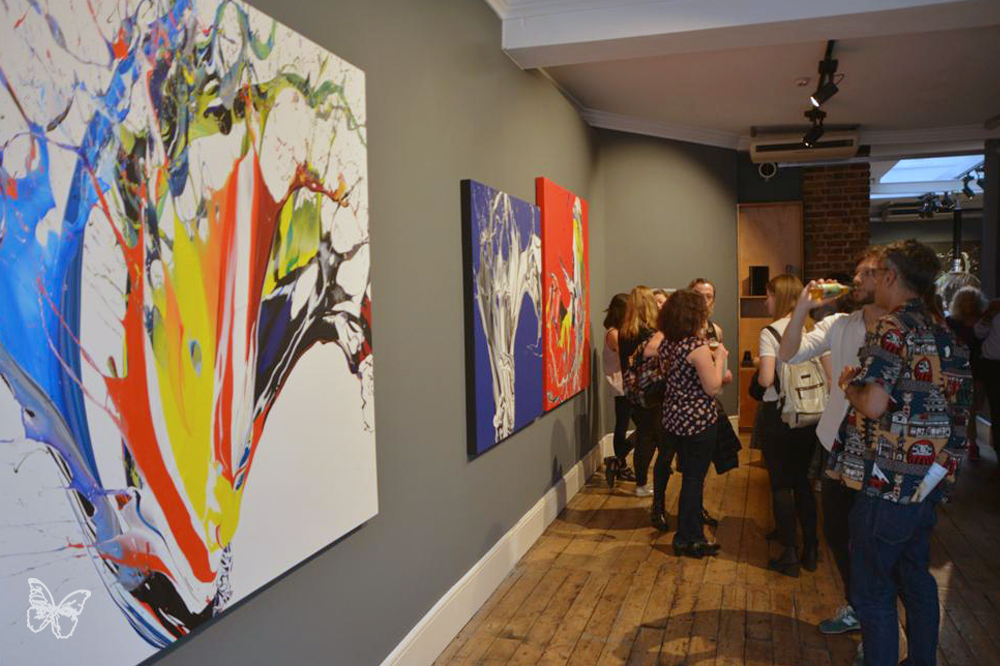 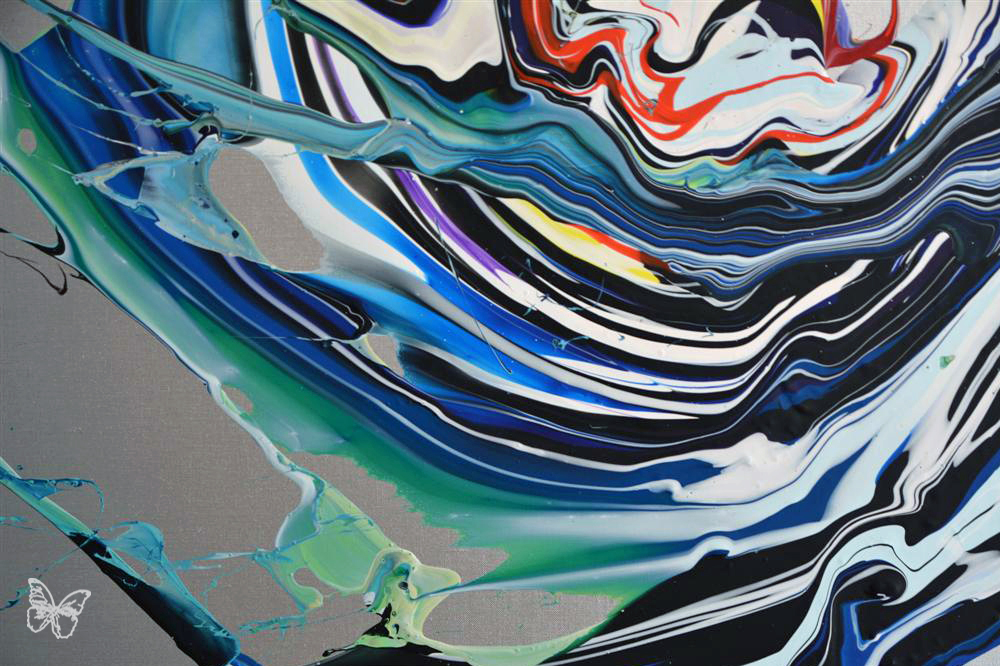 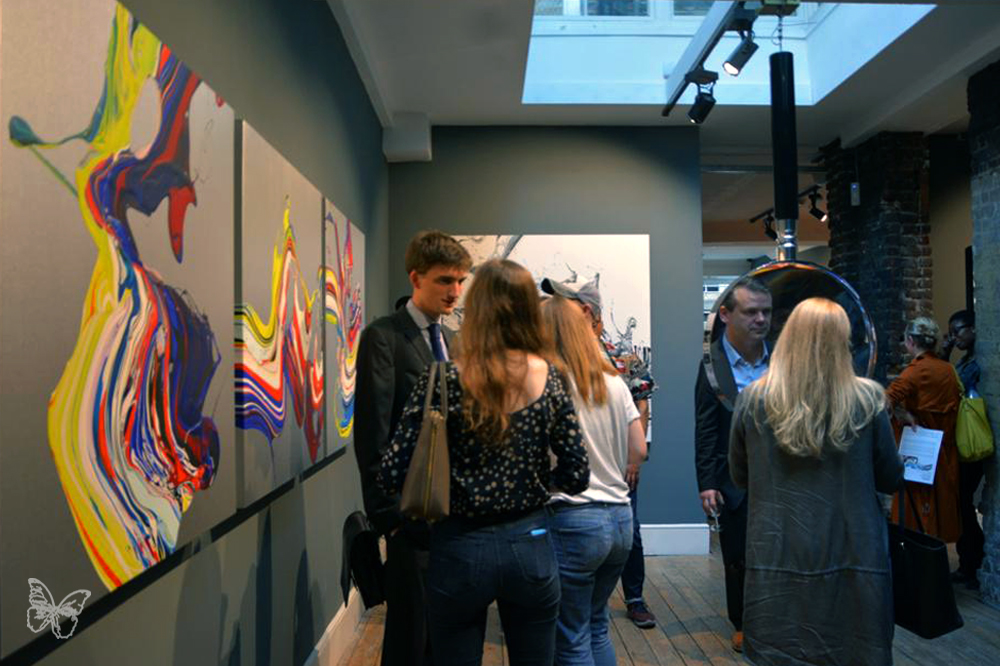 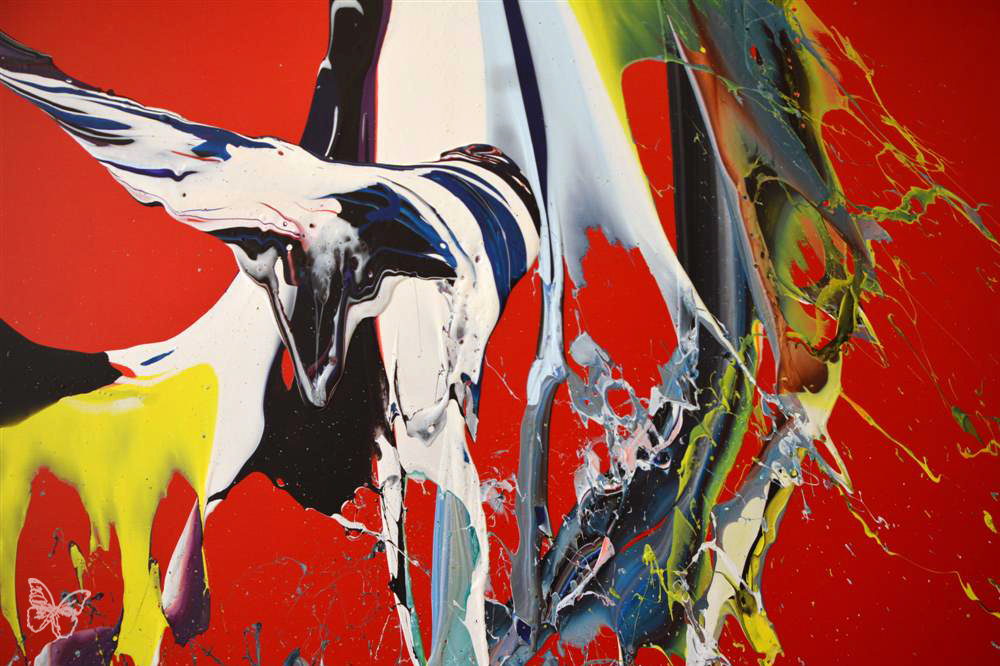 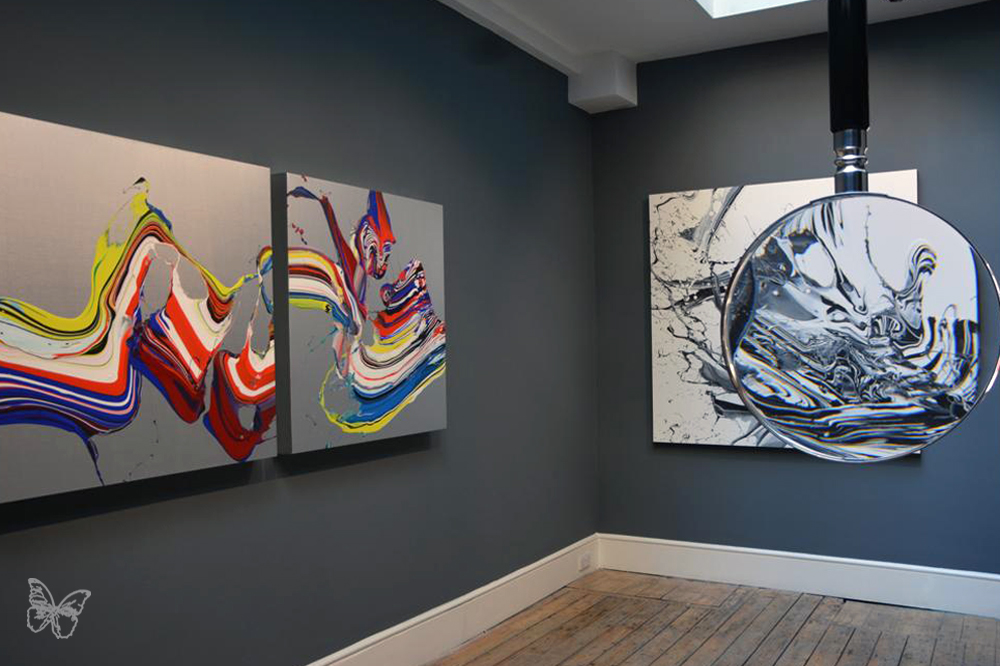 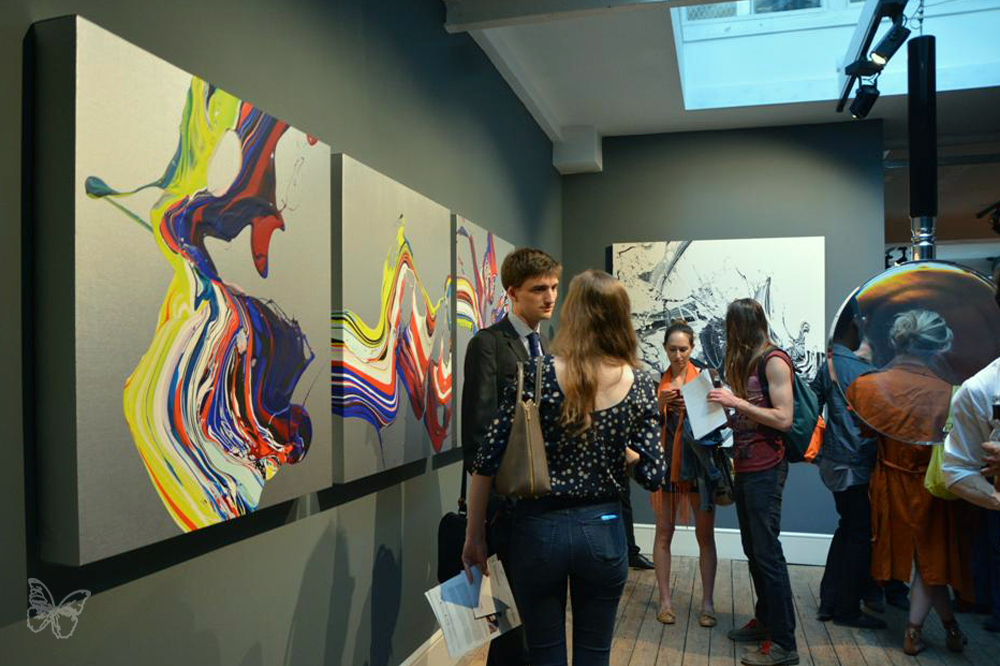 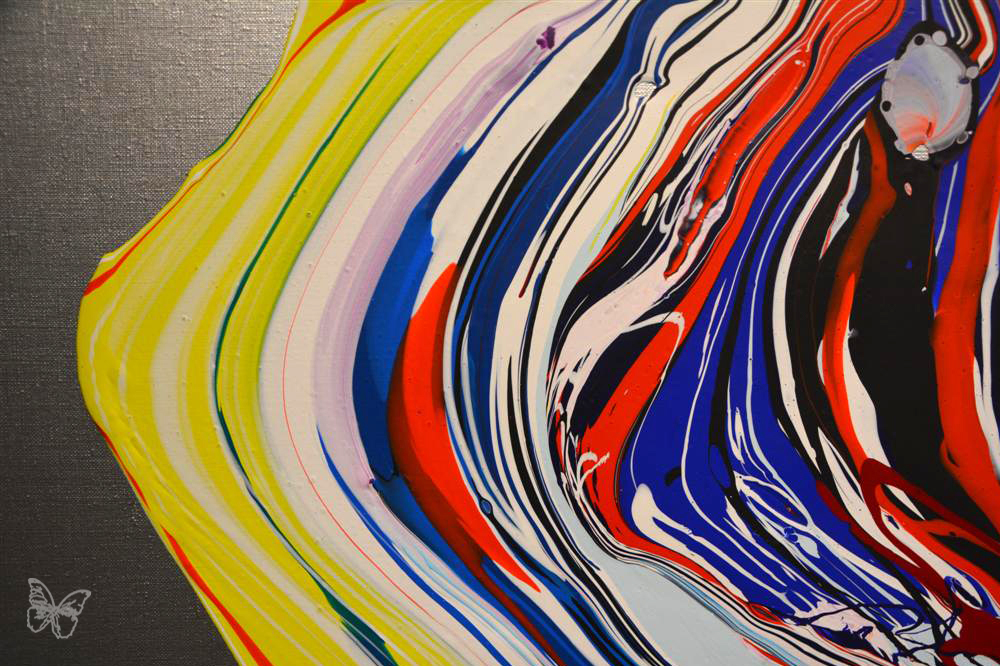 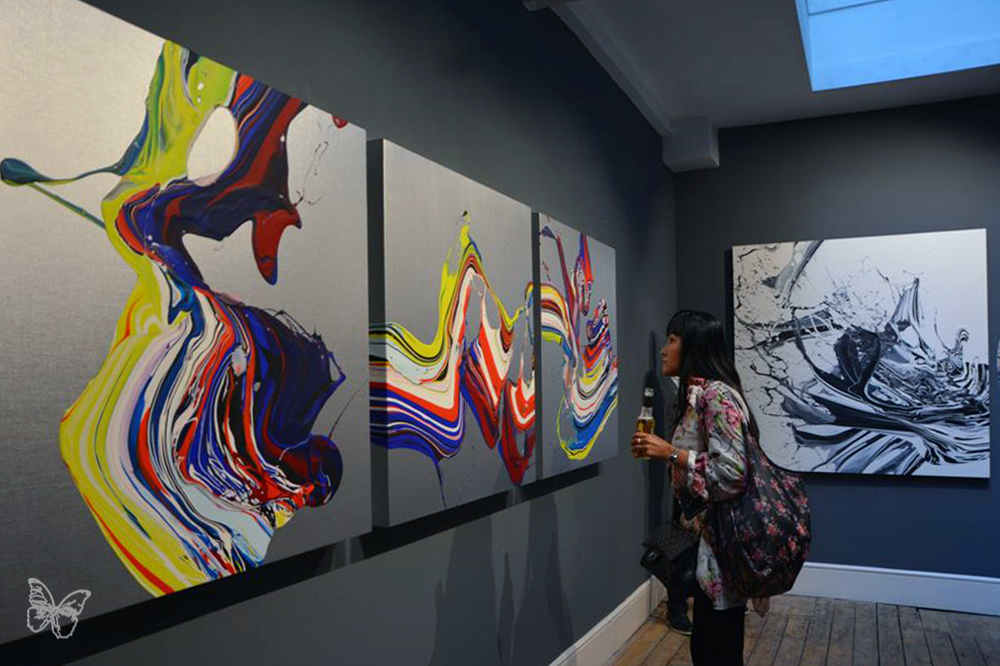