On the 21st of November, Katrin Fridriks will be opening her exhibition with Circle Culture Gallery in Germany. After a successful London show with Lazarides (covered), being included in a big The 20th Century Masterpieces exhibition in Seoul, and taking part at recent Istanbul, Vienna and Paris art fairs, the Icelandic artist is back in Berlin for her first solo there in three years.

Titled Stendhal Syndrome after a series of works which are named and inspired by this unusual psychosomatic disorder, the works created for this show are focused on the almost infinite macro aspect of her works. As such, the main installation Perception of the Stendhal Syndrome comprises of one of her large-scale paintings and a custom-made sculptural magnifying glass, giving the observers a chance to explore and experience her work at a whole new level. Also, seen from the teaser photos the artist and the gallery have been sharing on social medias, the exhibition will include a lot of monochromatic works, including her first b/w Riding Awareness installation, as well as some new pieces on reflective paper. The paintings will be on view for three months, until February 14th 2015, when Fridriks will participate at Venice Biennale  2015, in the context of the Global Art Affairs Foundation at Palazzo Bembo. 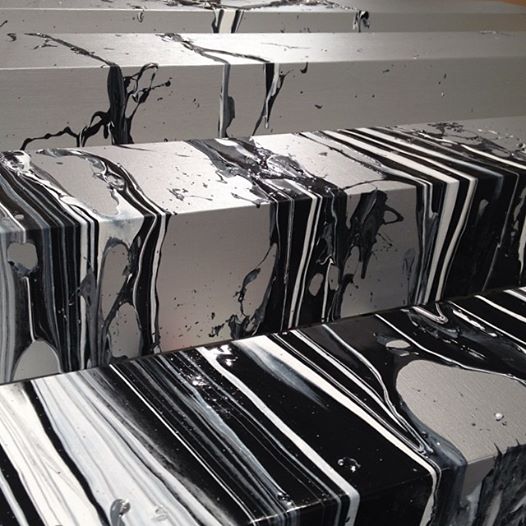