Keeping the tradition of having solo shows with the gallery every two years, ROA recently spent some time in Melbourne working on his third solo show with Backwoods Gallery. Hic Sunt Dracones (Here Be Dragons) opened on the 3rd of June and will stay on view for only 2 weeks.

The title of the show comes from the imaginary maps that European explorers used from the 15th to 18th centuries documenting unexplored parts of the newly discovered Terra Australis. Filled with curious animals, plants & cultures, the new land hid a lot of new discoveries, and with this show, the Belgian artist is paying tribute to the long-lost sense of explorations into the unknown. The show also references the fact that this personal quest for knowledge ultimately became a tool of imperialism, colonialism, blood and finally – extinction.

Through his recognizable work, ROA re-illustrates the animals that once fueled the imaginations of early explorers, this time juxtaposing them against the brick and debris of their new environments.  The central piece of the show is a small wooden shed that is setup as a curiosity cabinet filled with found objects, skulls, and taxidermy native Australian animals. With nothing left to explore, the artist’s anatomical drawings and interactive pieces serve as a reminder of the fauna that existed before western civilization took over Australia. 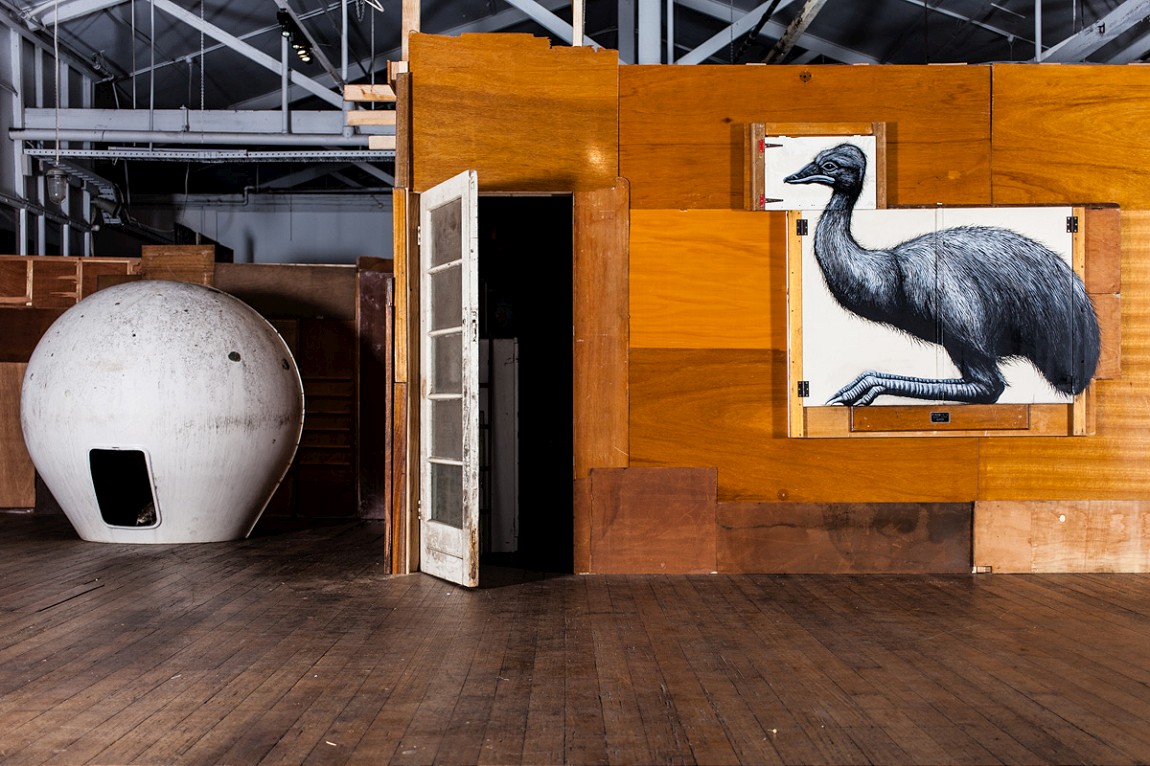 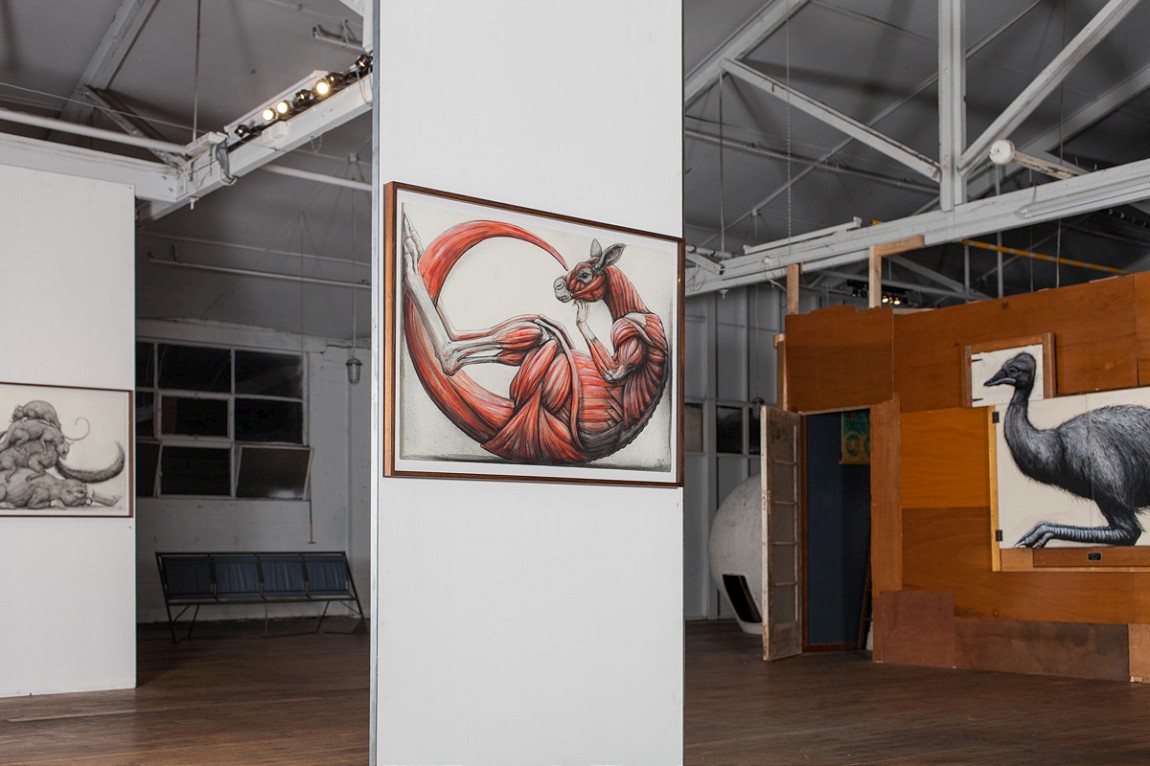 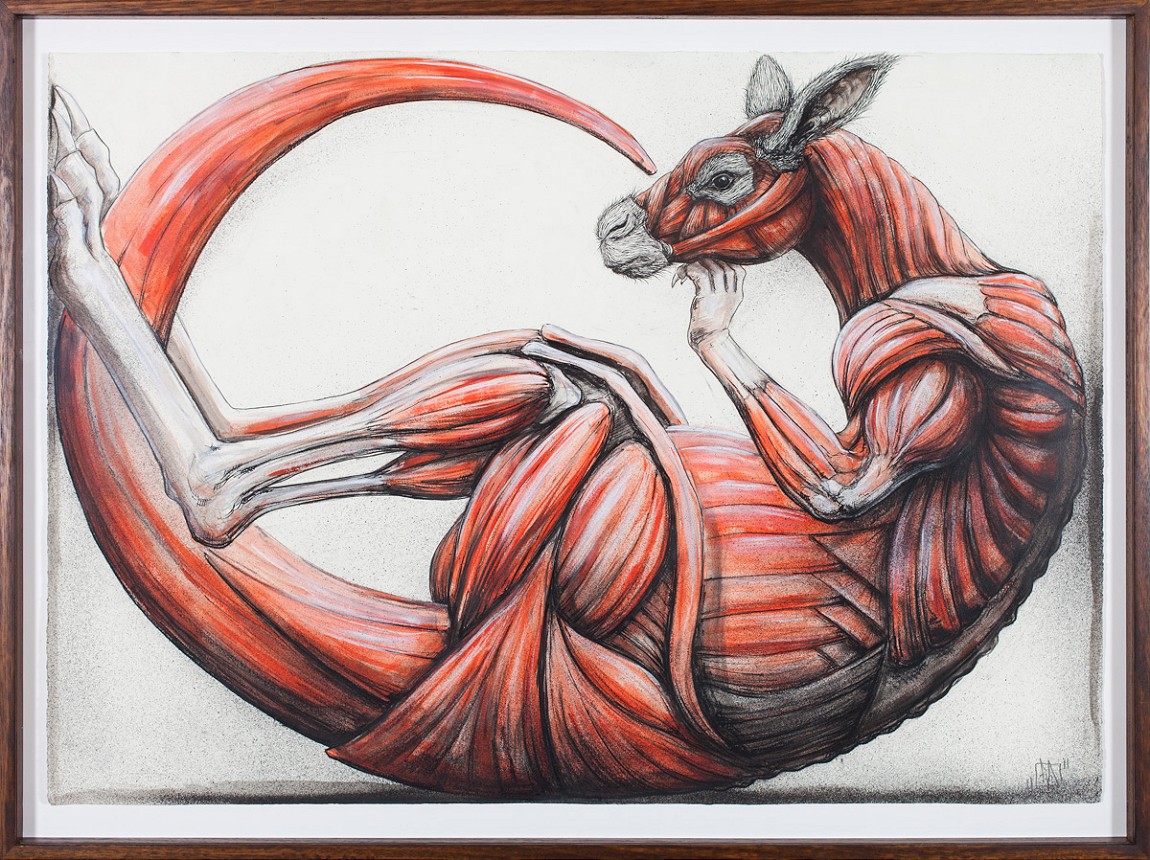 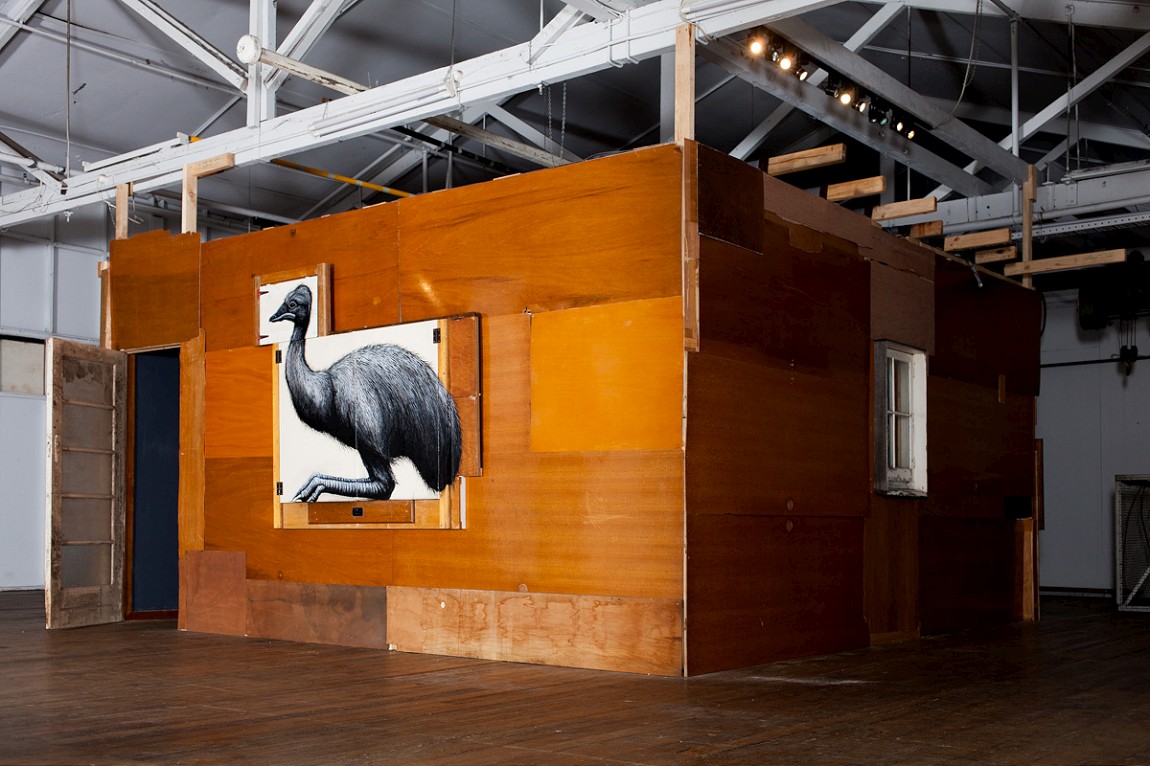 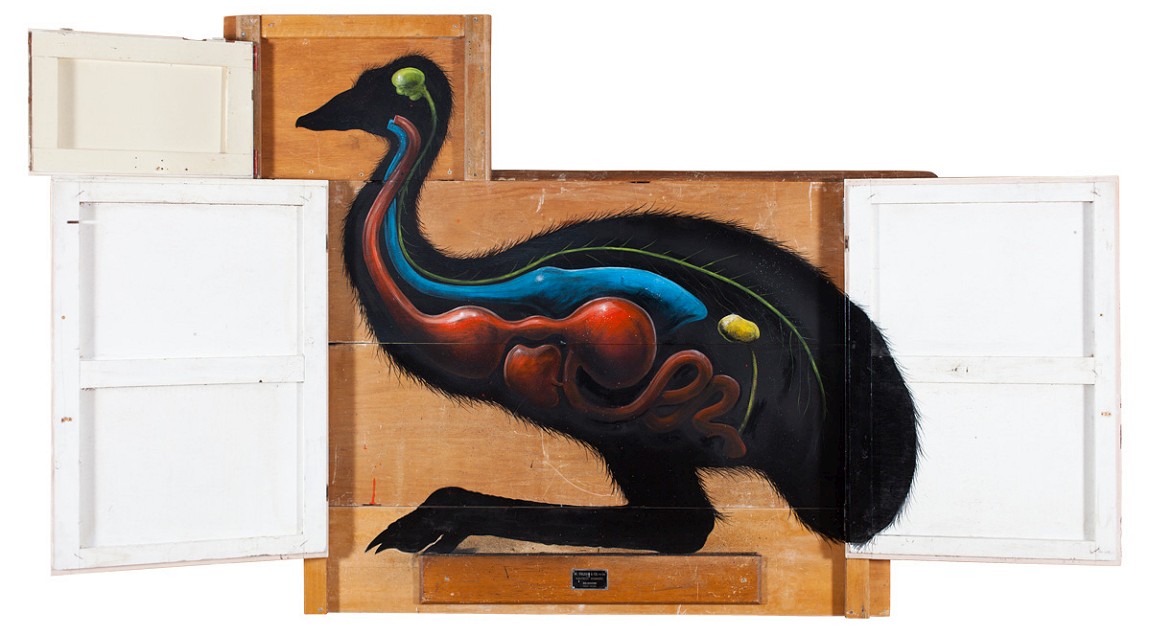 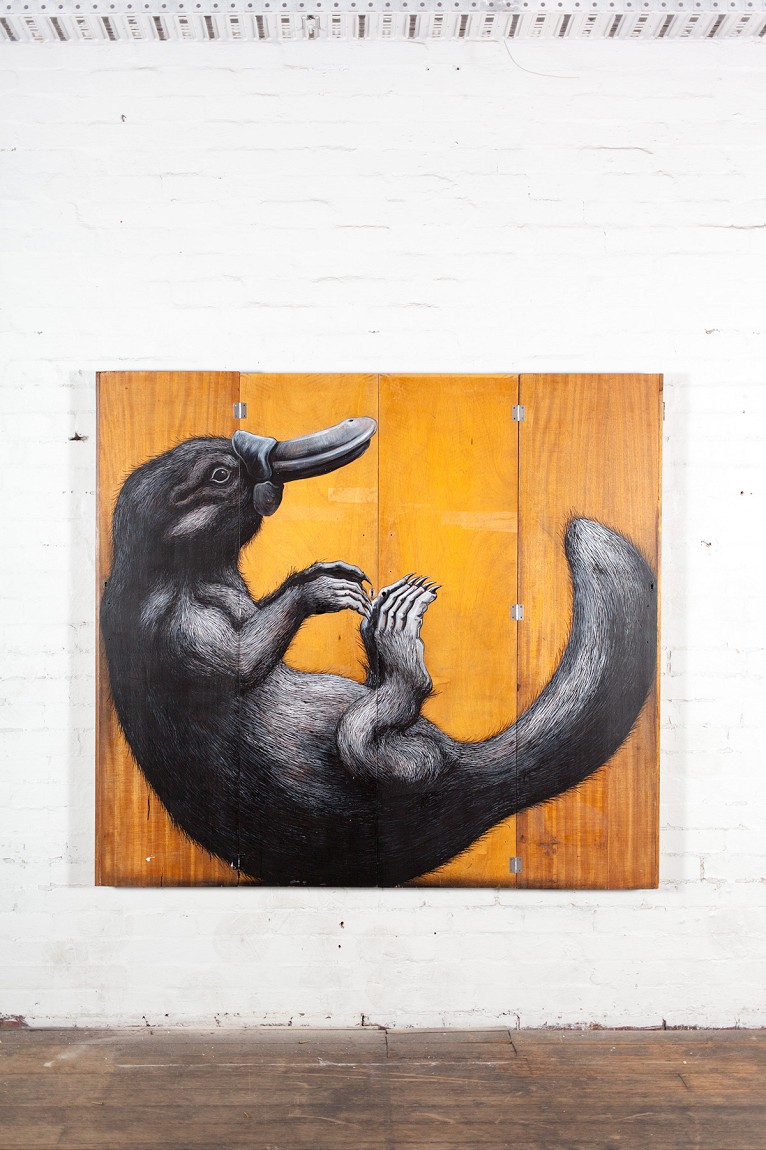 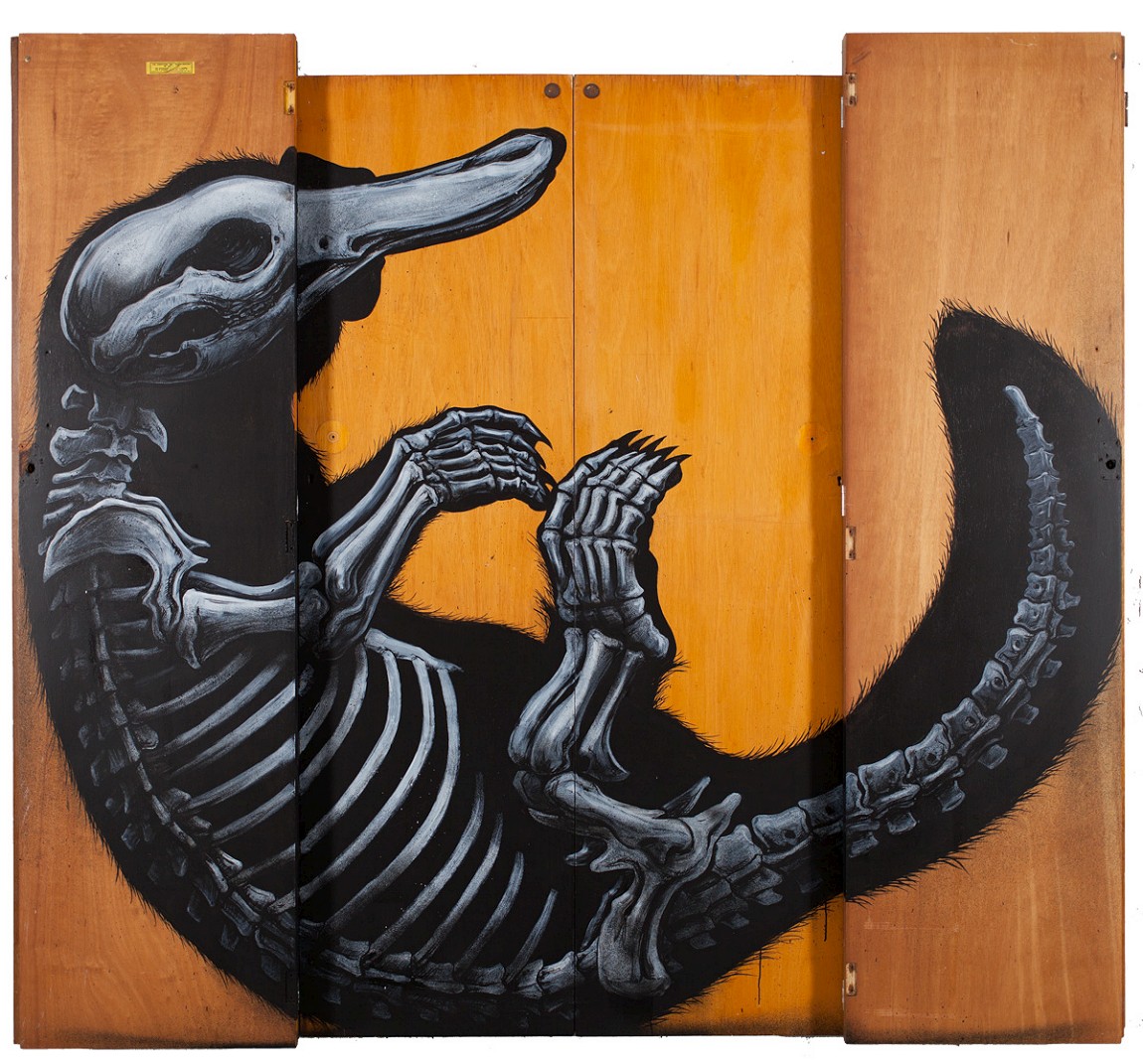