The residents and visitors of Melbourne have only few more days to check out a solo show by Felipe Pantone closing on October 25th at Backwoods Gallery. For his Australian debut, the Spain-based artist prepared a whole new body featuring his signature stereoscopic works on canvas and paper.

Through analog methods of painting, using spraypaint and acrylic, the Argentinian-born is re-creating glitches, mistakes and other digital distortions. Using pixels, QR codes, grids, gradients and spectrums, his vibrant pieces stand out with their contrast of shapes, forms as well as basic black, white and acid color juxtaposition. This is further accented with blurred sections and meticulous gradients clashing and intertwining with razor sharp lines and shapes that create the feel of distortion and error.

For Stereodynamics, Pantone presented each image as two pieces, forming a stereogram image. This new visual language that he’s been developing in the last few years is a result of almost 20 years of active graffiti writing, and is now being applied to gallery works, motion graphics, 3D modelling, and sculpture. Though abstract in their essence, the works are actually almost photo realistic replicas or illusion of visuals from the digital era we’re living in. Both futuristic yet still having a somewhat vintage feeling, the pieces aim to change viewer’s perception of technology and the future. 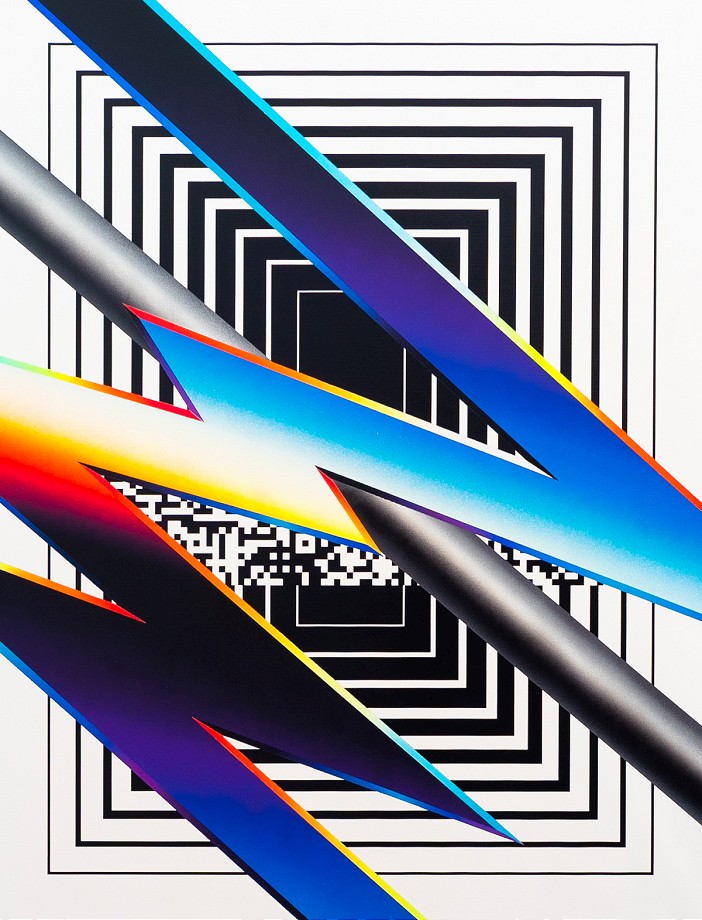 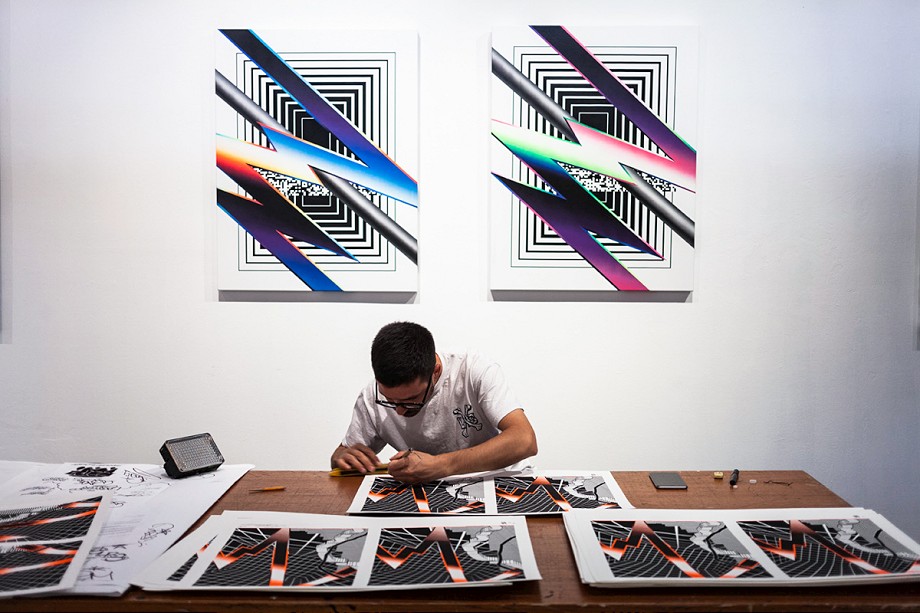 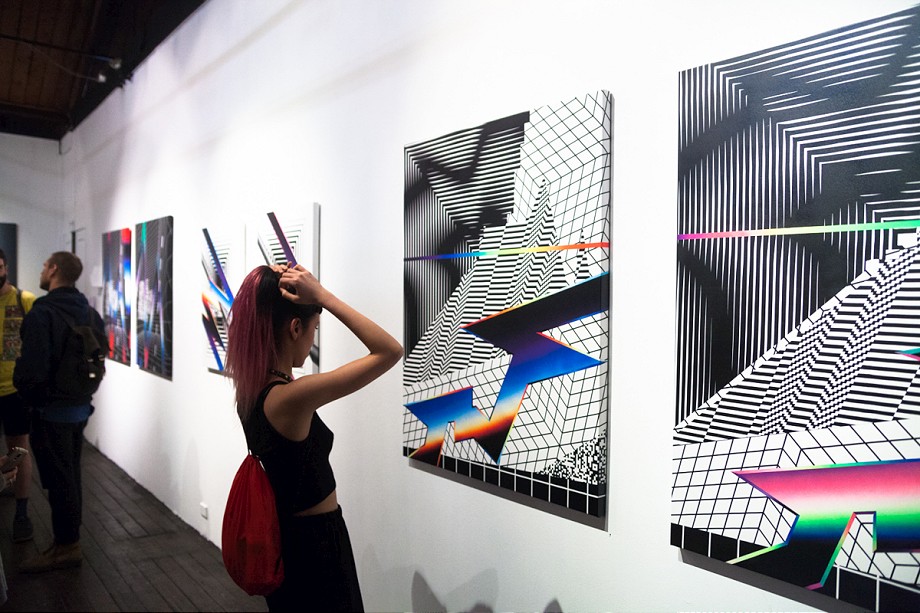 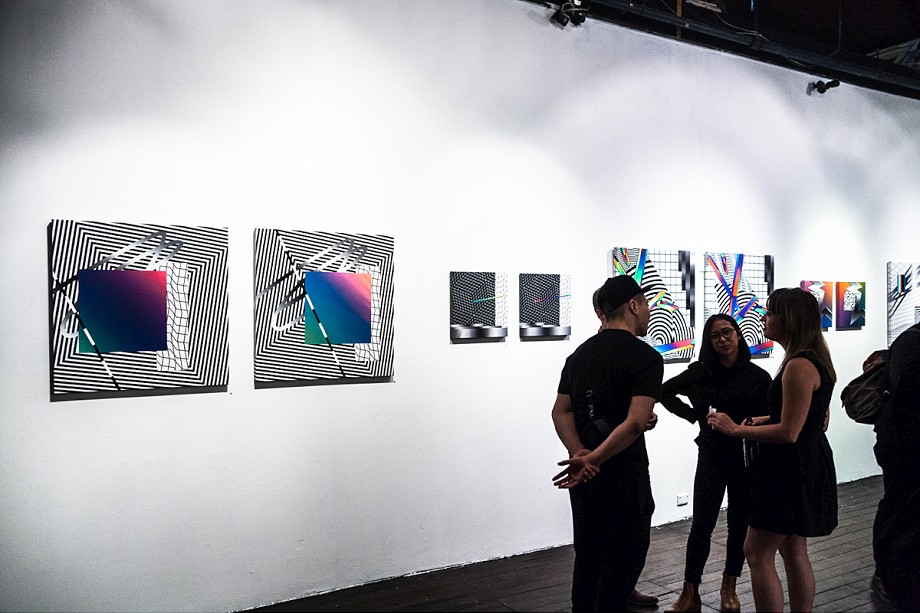 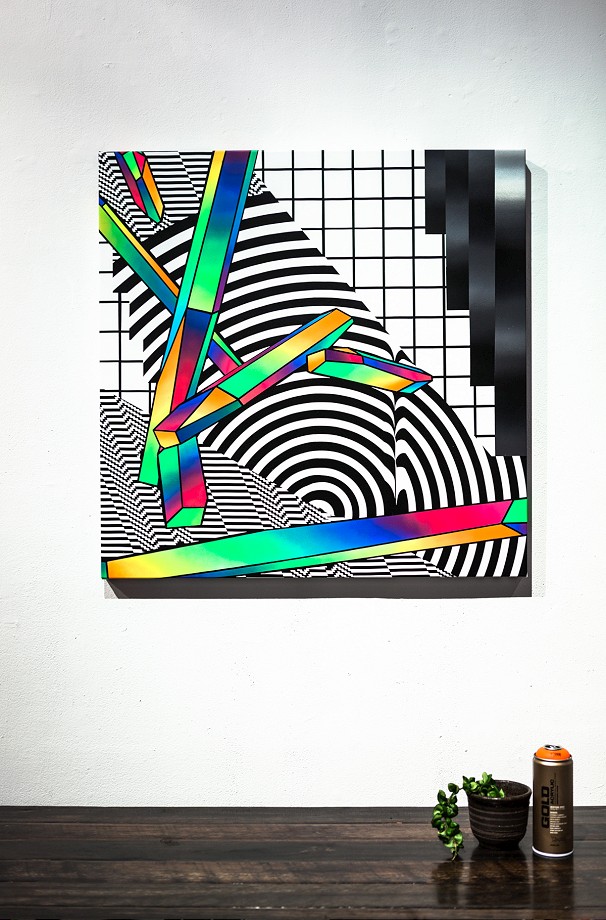 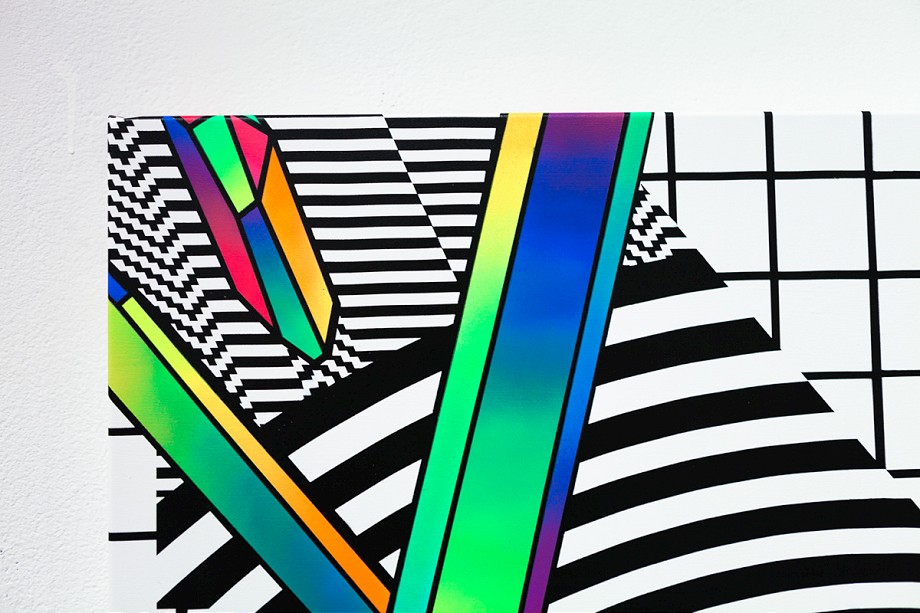 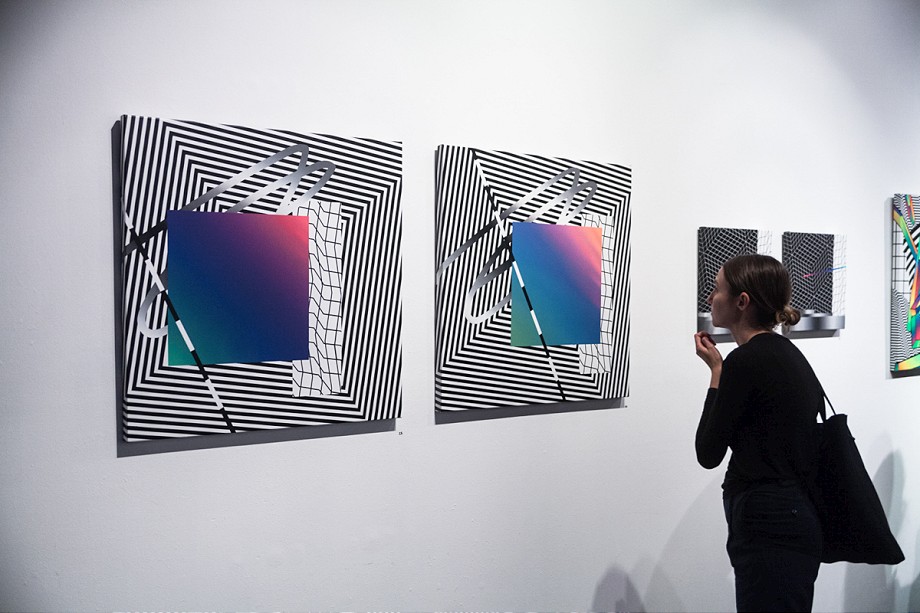 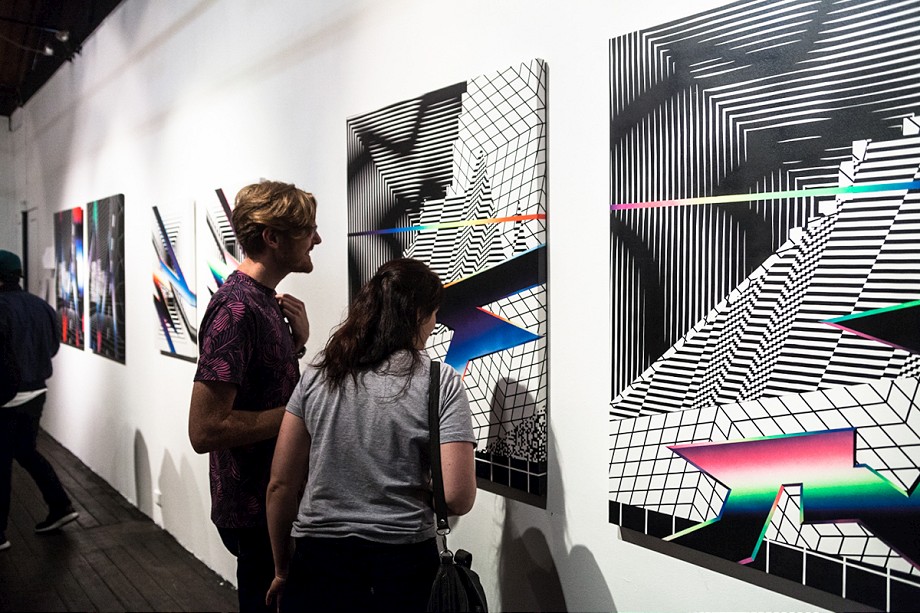