Berlin’s BC Gallery is opening a new season with an interesting group exhibition simply titled Abstract that opened September 26th. Featuring works by nine international artists, this show puts a focus on non-figurative artworks along with its possibilities and advantages. Experimenting with geometrical forms, materials, mediums and colors, often juxtaposing black and white, featured artists show their take on abstraction.

While some artists such as Moneyless or Nelio use strict geometrical shapes, others break these patterns into new, unfamiliar ones. The creation and use of such unusual shapes result in a very personal way of appreciating these works because they can hardly be related to anything previously seen or experienced. With a majority of the participants sticking to the B&W palette and emphasizing the contrast, other ones like Hense and Momo enjoy using bright basic colors. Others like Nural Moser or Clemens Behr even left the concept of painting on canvas, entering the 3rd dimension by creating abstract sculptural pieces. 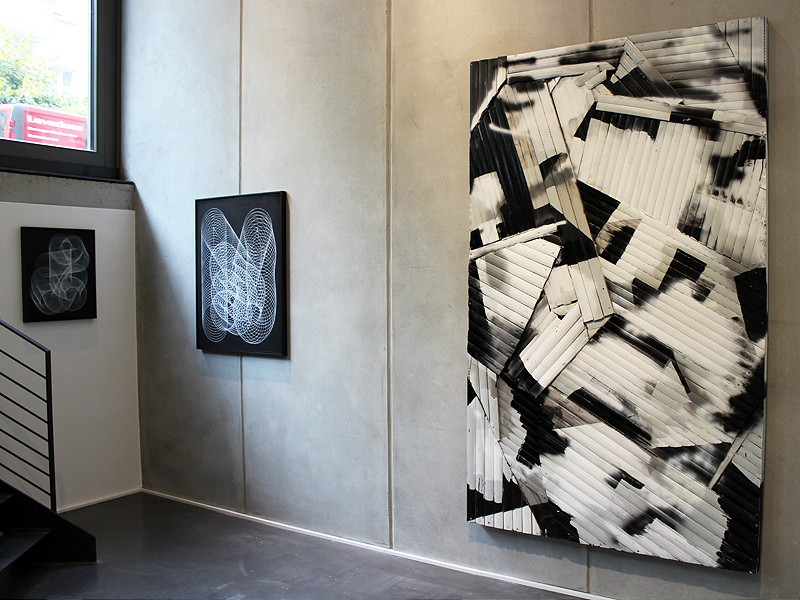 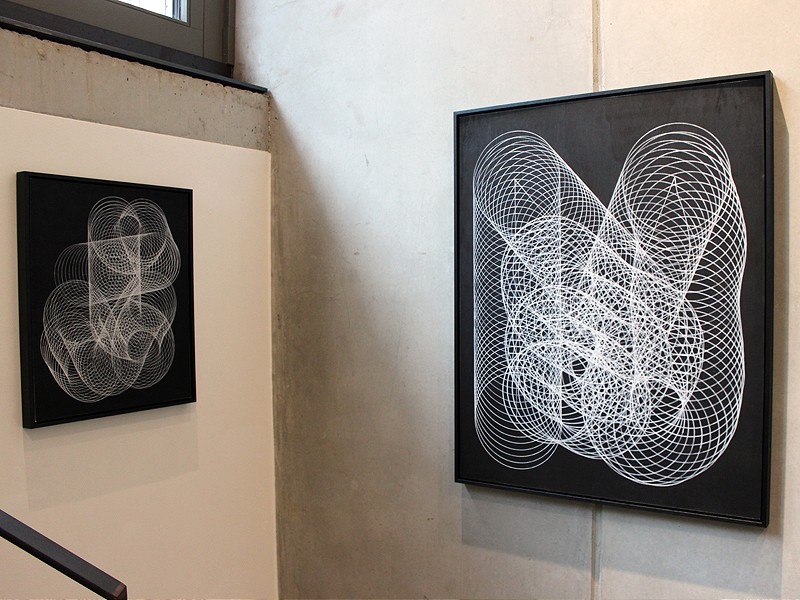 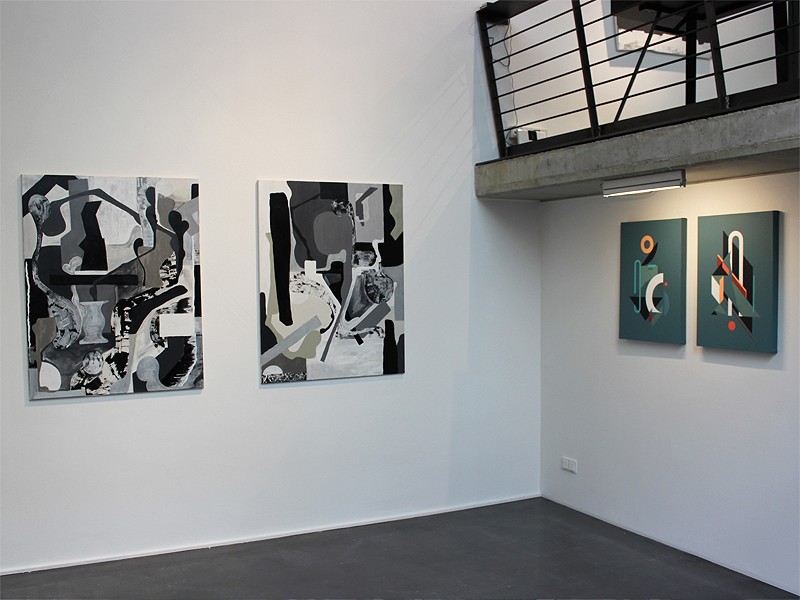 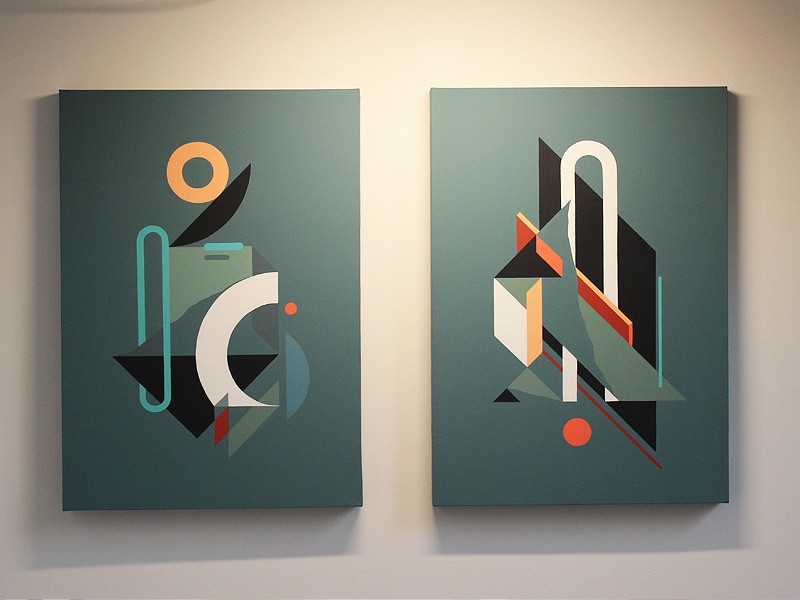 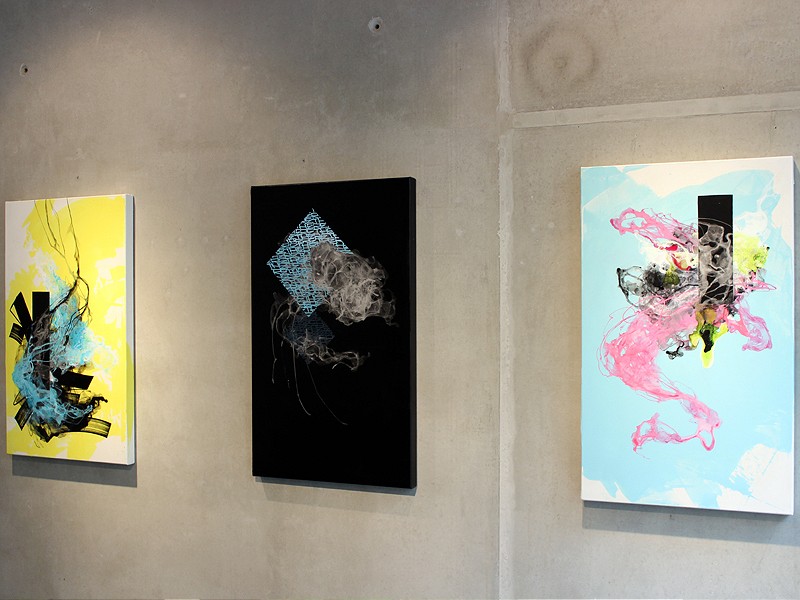 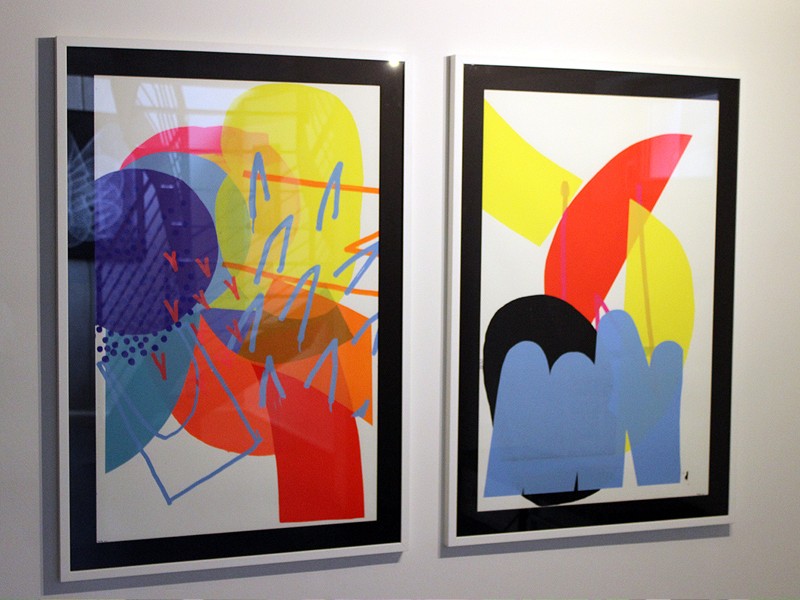 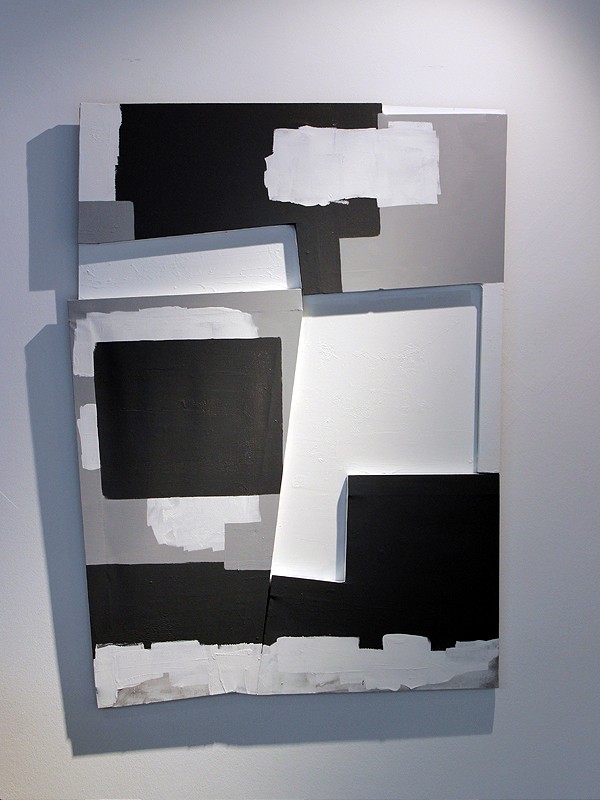