Berlin’s Circle Culture Gallery recently opened their third gallery space, in addition to its other two venues in Berlin (Mitte and Hamburg). After “twelve years of fusing fine art with pop art and subcultural art,” expansion to a new, 560 sqm former warehouse on Potsdamer Strasse was a logical next step for the gallery. To celebrate this big event, they put together a huge group show featuring works from their impressive list of represented artists such as Katrin Fridriks, Maya Hayuk or Aaron Rose, with the addition of some fresh names like El Curiot, Moneyless, Clemens Behr, Jaybo, and more. Potse 68 attracted an impressive 800 visitors for their big opening on November 8th and attendees were able to all new original works, created especially for this show.

The highlight of the show was a massive mural that Maya Hayuk created especially for this event. With her signature line work and use of bright, neon colors, this massive piece was definitely the centerpiece of the new large space. Opposite from her mural was a big acrylic on canvas La Contemplación de Energía Fabricada, by young Mexican artist El Curiot, showing his characteristic imagery strongly influenced by ancient South American cultures. The spiritual feel and connection with nature was continued through Kevin Earl Taylor’s impressive oil painting Baptismal Fountain (seen above), showing an albino gorilla holding a sea shell. Connection with nature, but on a much different scale, was the theme of Katrin Fridriks’ four large canvases displayed in a cluster, juxtaposing the textures and colors used, representing her vision of molecules and DNA, seen through the lens of a microscope. Geoff McFetridge introduced his recognizable works through two large size ink on paper works, while Moneyless showed his signature geometrical works created with water based marker on paper. Aside from canvases and works on paper, the gallery also showed a couple of large sculptural works by Clemens Behr, Will Muray’s and Jaybo’s 3D wall pieces/sculptures, and Olivia Steele’s neon light tubes work.

Circle Gallery rounded up a successful year with this big move, and will have this big show on view all the way into early 2014, so make sure you check it out if you’re visiting Germany’s cultural capital. 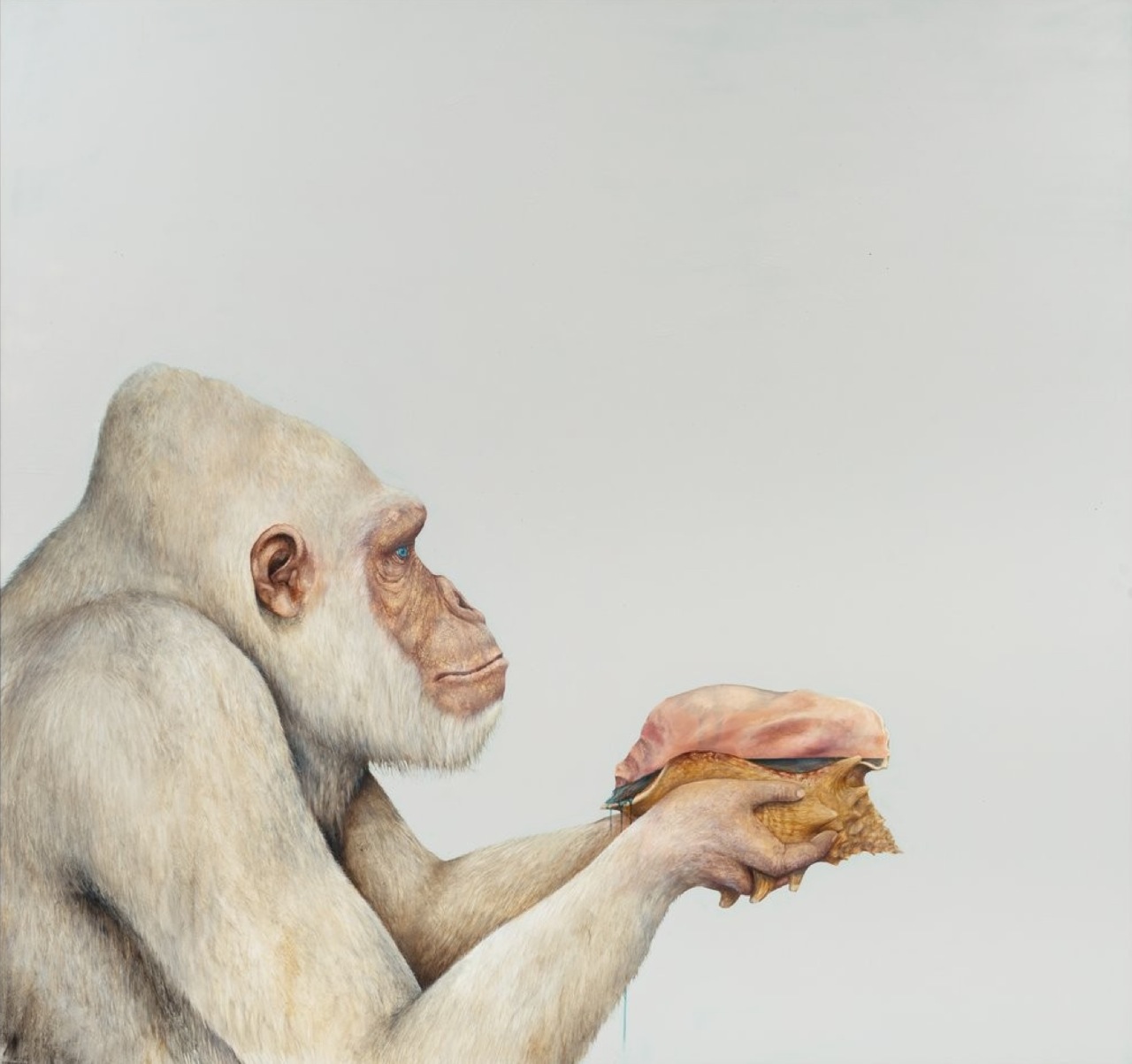 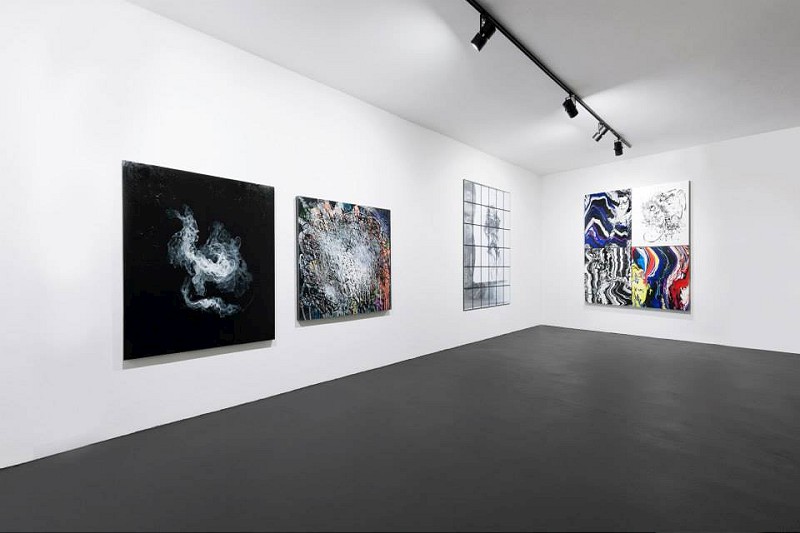 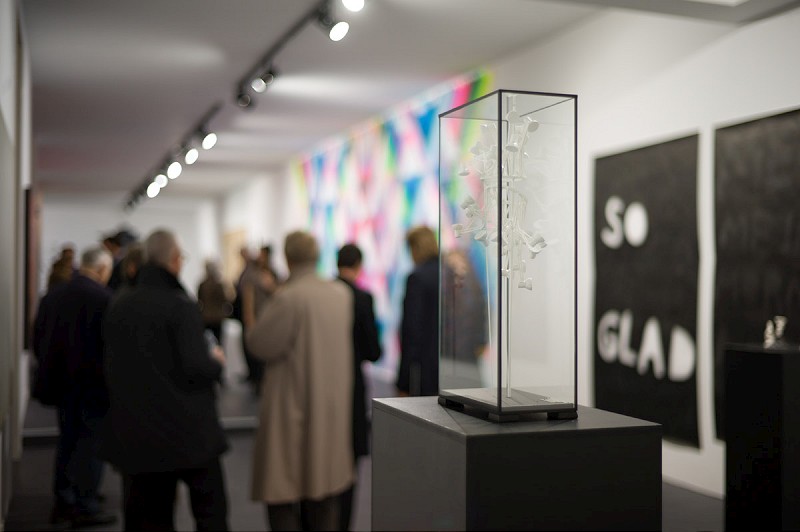 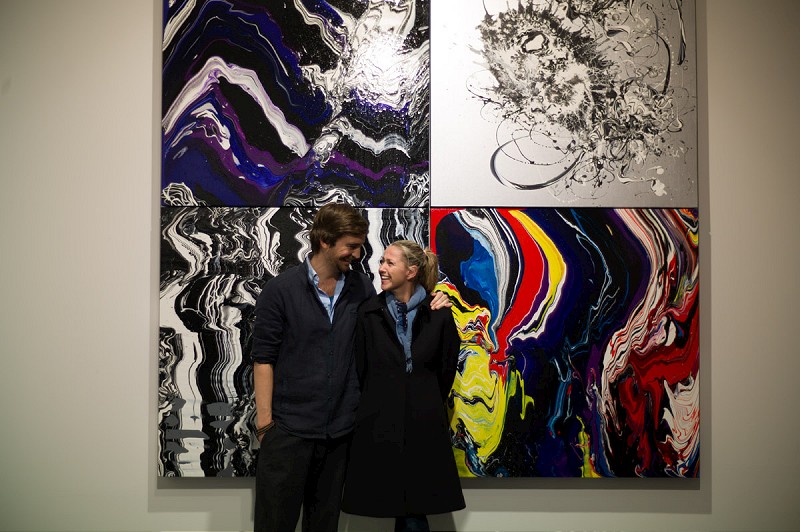 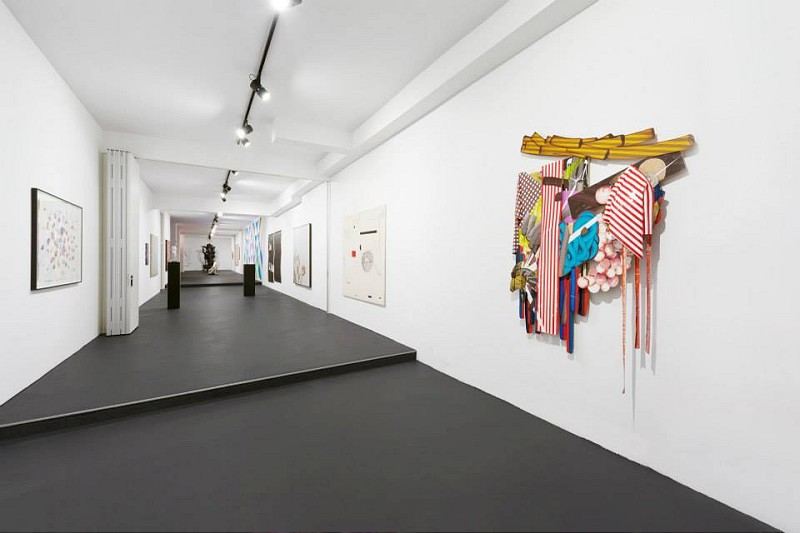 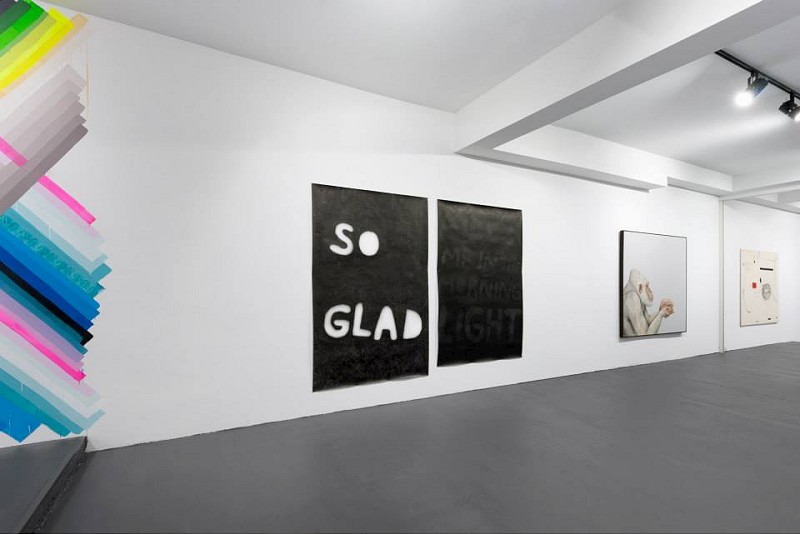 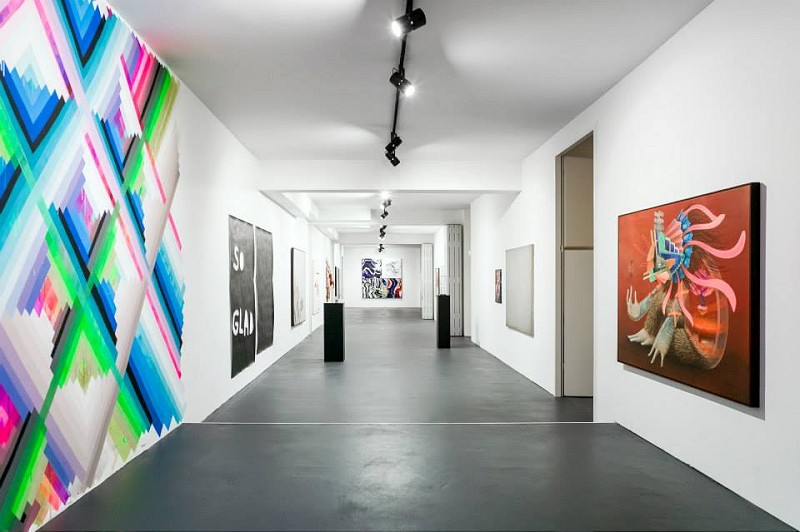 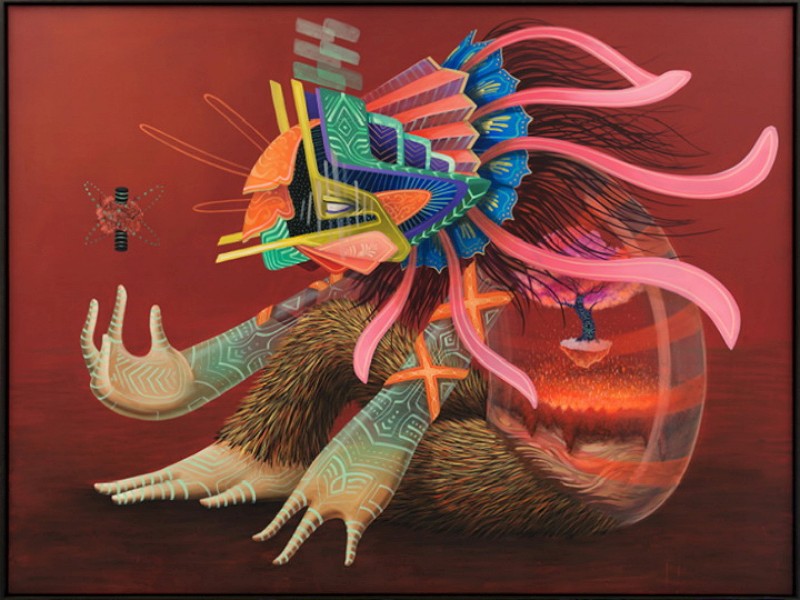