Circle Culture Gallery in Berlin is opening Cult, a solo show by American artist Aaron Rose, tonight (September 18th). This exhibition will be the last one in their old space at Gipsstraße 11, after which they will move to a new space at Potsdamerstraße 68 in Berlin.

Rose is one of the leading names of the modern urban art movement. For ten years, he was owner/director of the legendary Alleged Gallery in New York, and was co-curator of the museum exhibition Beautiful Losers: Contemporary Art & Street Culture from 2006-2009, as well as the director of the feature documentary film Beautiful Losers. In 2011, he co-curated the record breaking Art In The Streets exhibition at the Los Angeles Museum of Contemporary Art (MoCA) with Roger Gastman and Jeffrey Deitch. He also runs a publishing imprint, Alleged Press, releasing hardcover books by contemporary artists, is a co-editor of the ANP Quarterly arts & culture magazine published by skate/surf brand RVCA, and the founder of Make Something!!, a nationwide art education program for teens.

Symbols were always a major inspiration for the artist, but instead of using symbols for their intended significance, Rose always preferred to recontextualize meanings in unexpected ways – creating abstract visuals composed of symbols from every day life. Along with symbols, the artist is strongly influenced by his career as a sign painter on the Lower East Side, which is why his imagery contains a lot of typography and hand-lettering elements. In his newest body of work, the artist is pushing this one step further to painting figurative portraits, making the works easier to “read and understand.” Living in LA for years, Rose got interested in the cults built around Hollywood and celebrities. He noticed that behavior of some of the individuals or groups visiting or living in LA can only be explained by the cult mentality. With these new works he is paying tribute to the cults of personality, the cults of particular social groups, the cults of belief systems, cults of love, cults of acceptance, cults of success, etc. By using graphic elements such as hand-lettering, symbolism and numerology, various pieces of vintage clip art and simple shapes, Rose created a series of strong, figurative, graphic portraits.

“Art is much more than the sum of the parts of its construction. Great art succeeds not just because of the image, but also as the result of the cult that surrounds it and gives it meaning.  Being that this will be the final exhibition at Circle Culture Gallery in its current location, I cannot think of a more touching sentiment. My exhibition is a tribute to all of the artists, gallery staff, collectors and fans who have passed through those doors on Gipsstraße. An entire community of people dedicated to this strange cult that we call art.” – Aaron Rose 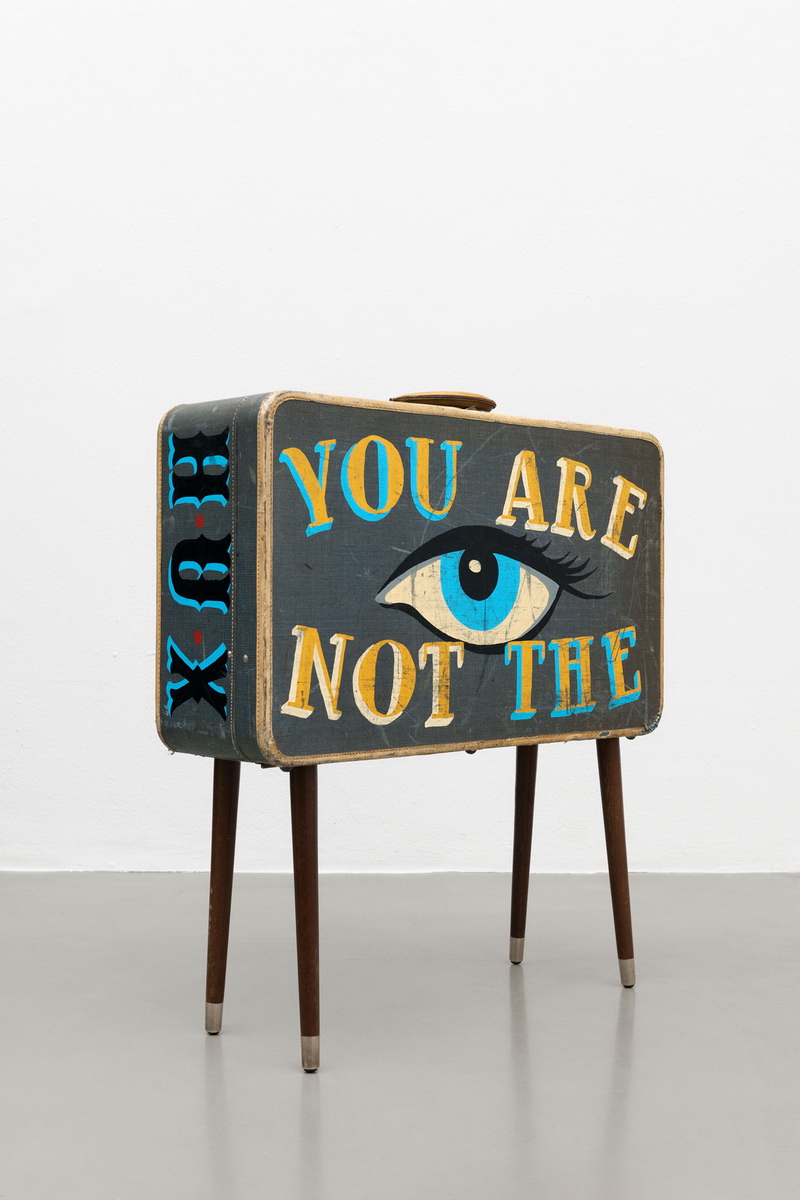 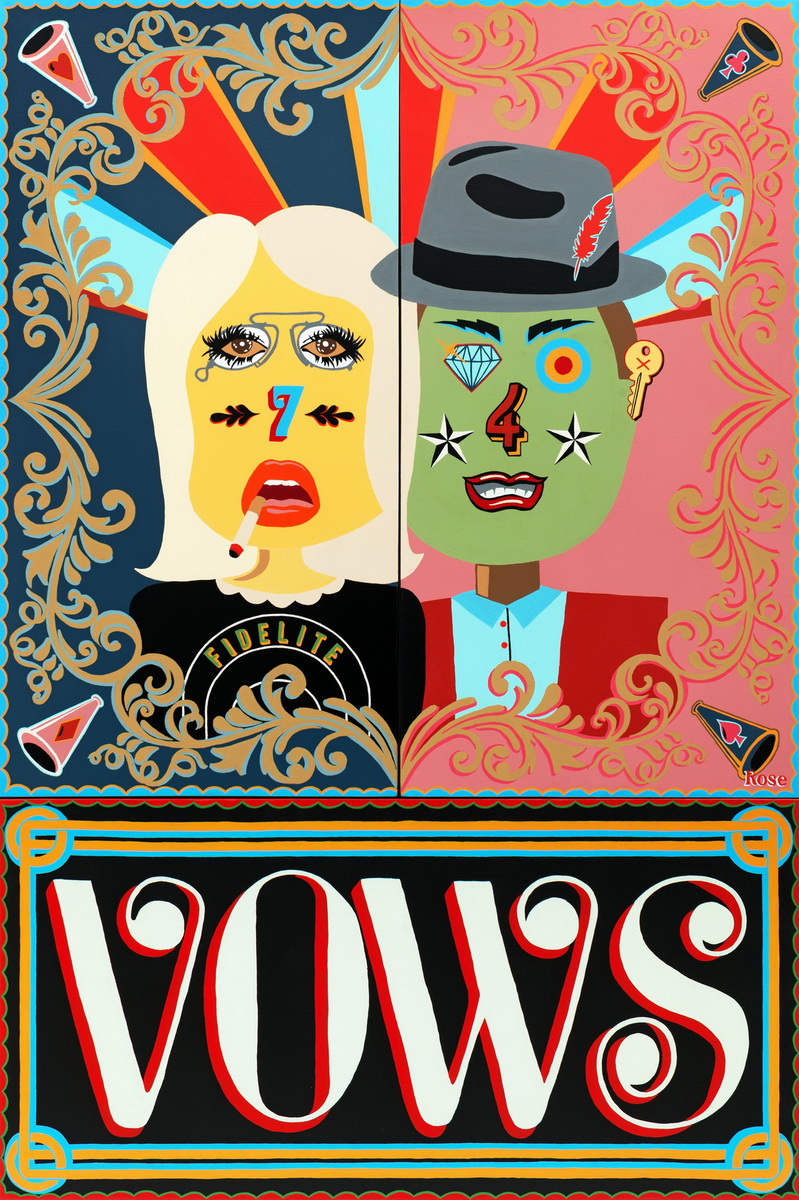