Augustine Kofie (featured) and Teo Pirisi aka Moneyless met for the first time in San Francisco back in 2010, and ever since they’ve been both friends and admirers of each other’s work. Fans of geometric, futuristic and abstract works, their pieces have been exhibited many times alongside each other.  Now four years since they met, they finally got to work together thanks to Avantgarden Gallery.

On the 20th of March, they opened Assioma, a two man exhibition in Milan, Italy, and introduced their first ever collaborative works to the public. After working on these pieces for several weeks, creating large mural sinside and outside of the gallery, as well as several of public works around the city, the American-Italian duo were ready to reveal their newest creations. Both being students of geometric forms and the ways they can be used to create something beautiful, almost organic, their styles formed a perfect match when juxtaposed against each other. While Kofie is more focused on straight lines and creating chaotic, abstract shapes, Pirisi is obsessed with circles and creating symmetric, harmonious imagery with them. Even though these two concepts sound radically different, almost opposite, when put together they indeed create some of the most complex and strong vintage futuristic artworks. Sharp straight lines and fractions of geometrical shapes are balanced against repetitive perfect circles that form objects themselves. On other hand, both artists are very attentive about creating works that looks very technical and futuristic, but still they make sure they appear hand painted. While looking technically superb, Moneyless’ imagery is created with a classic brush, and as such is a great complement to the subtle use of drips, strokes, transparency, and other intentional imperfections in Kofies work.

This show will be on view until the 23rd of April, so make sure you check out the works from up close if you’re visiting Milan. 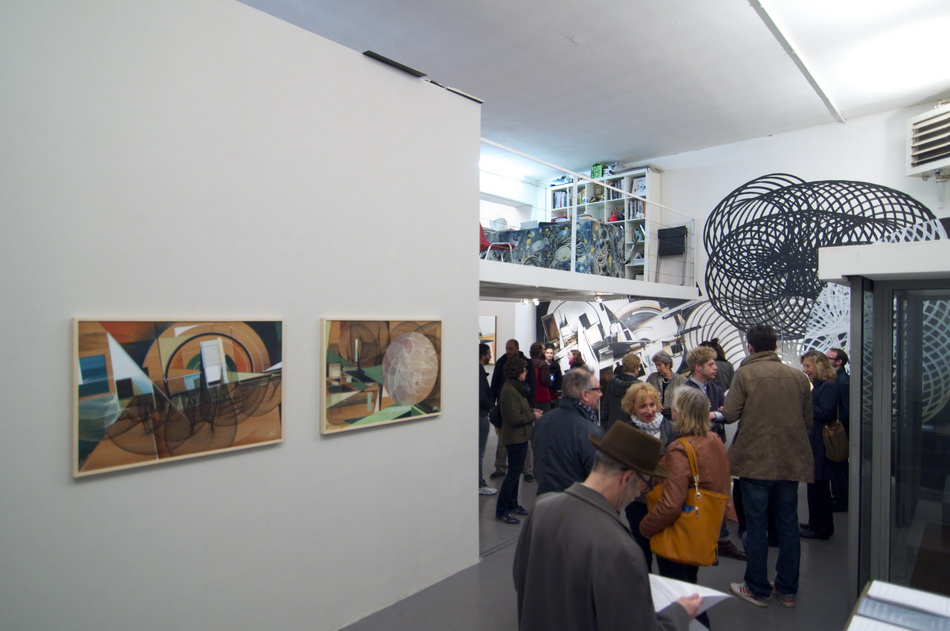 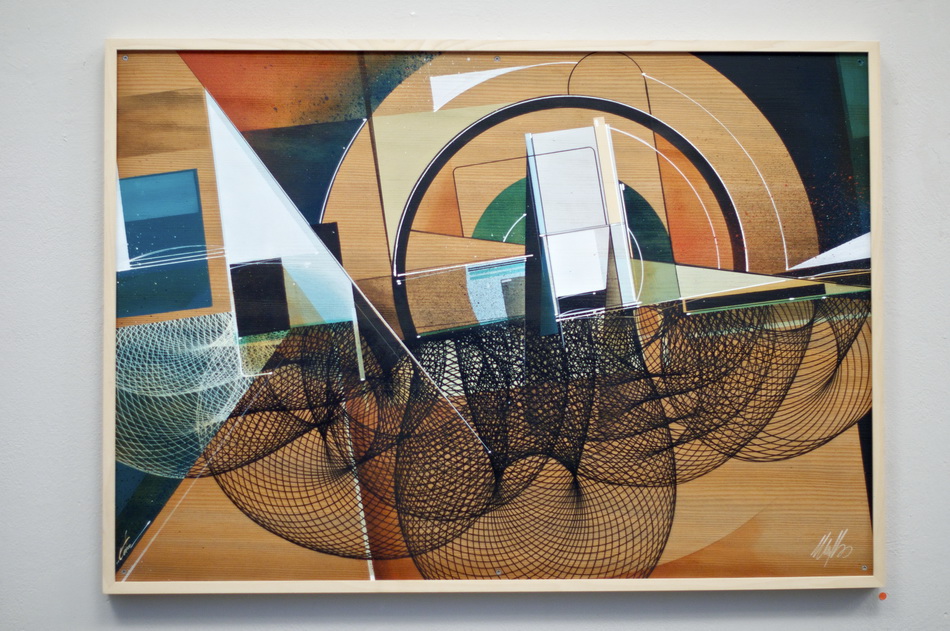 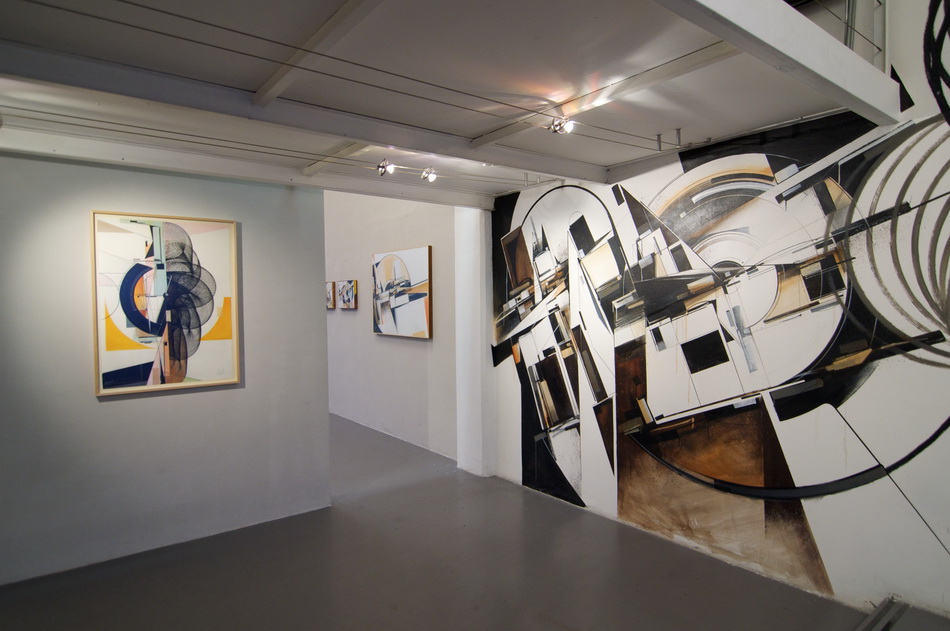 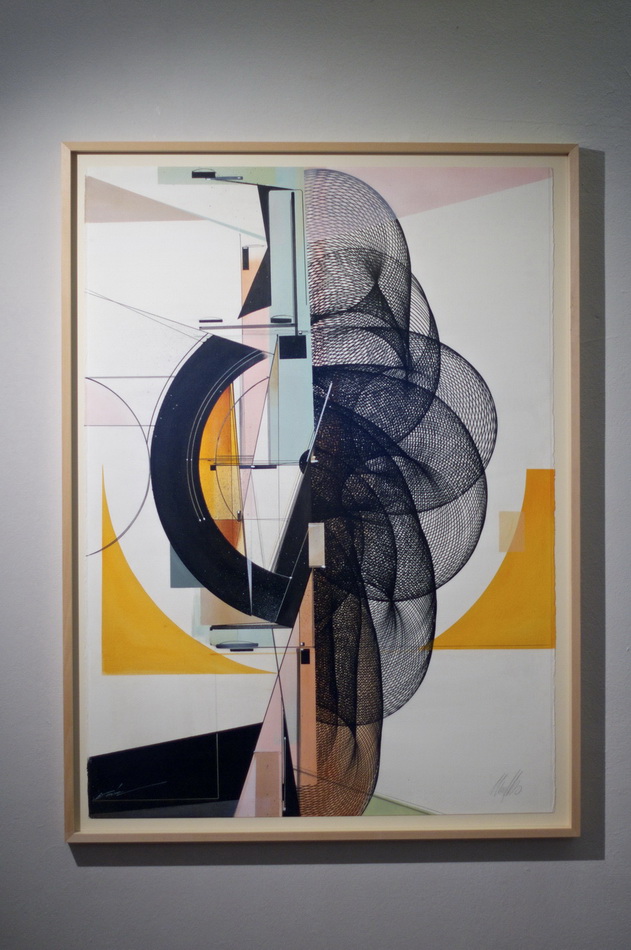 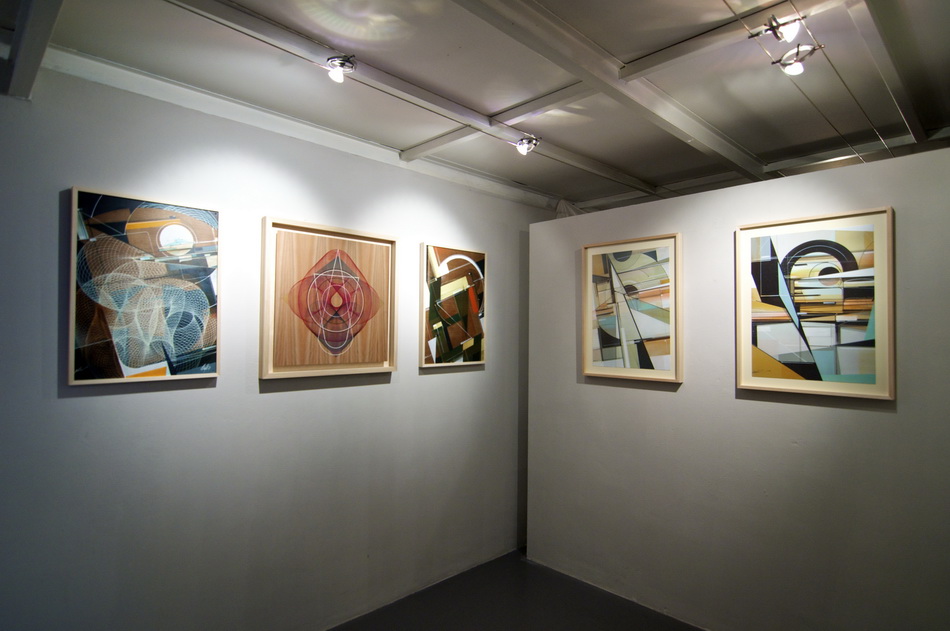 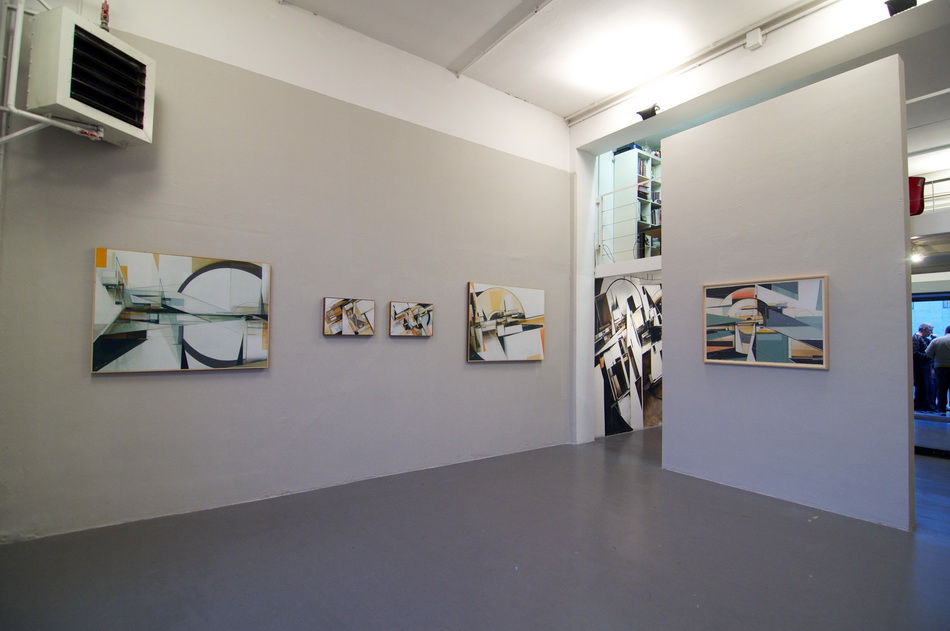 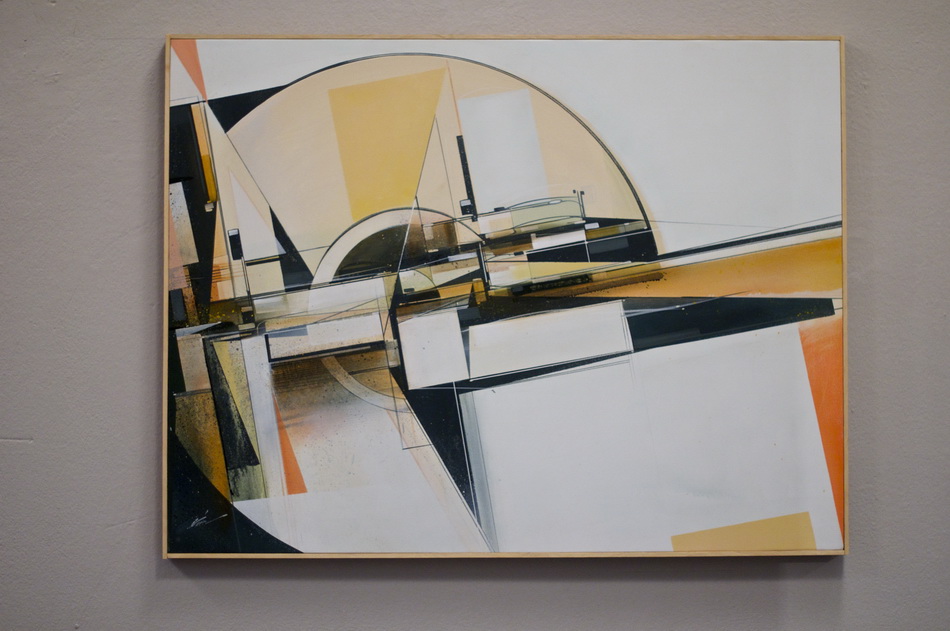 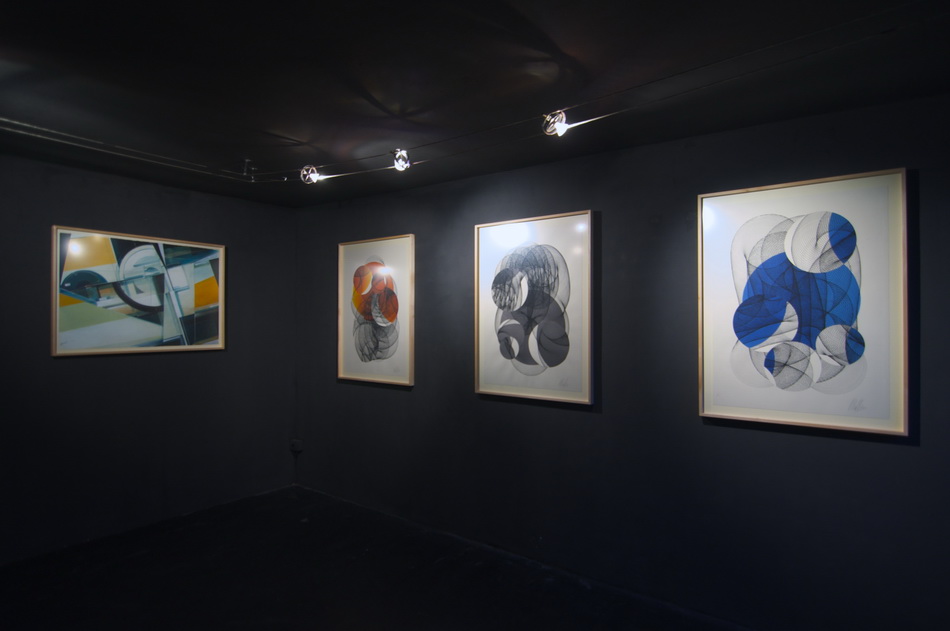