On the 29th of June, Jan Kalab (featured) opened his ninth solo show at the Villa Pelle in Prague, showing pieces created exclusively for this event. After introducing his art at fairs worldwide, this was an opportunity to put his work on display in his homeland.

The Czech artist uses a lot of geometry elements and pure, bright colors in creating his pieces, which often blur the distinction between art and design. His minimalist visual language has been affected by his graffiti work, when minimalism was a necessity. That combined with the study at the Academy of Arts, Architecture and Design in Prague, resulted in geo-based works that play with the idea of the organic and artificial. Along with large scale paintings that are deal with the idea of the circle as a perfect but complex shape, he also created a sculptural piece titled Comsos. In the same way his paintings have a sense of depth and layering, he managed to achieve a similar effect with this interesting 3D object. While very broad in the color palette he is using, Kalab’s imagery or the shapes he is working with have been undergoing a certain minimization. Painting on both square and custom shaped round canvases, the works are a certain tribute to the circle as the main and basic shape. Extra will stay on view at this unique location until the 6th September so make sure you check it out if visiting Czech capital this summer. 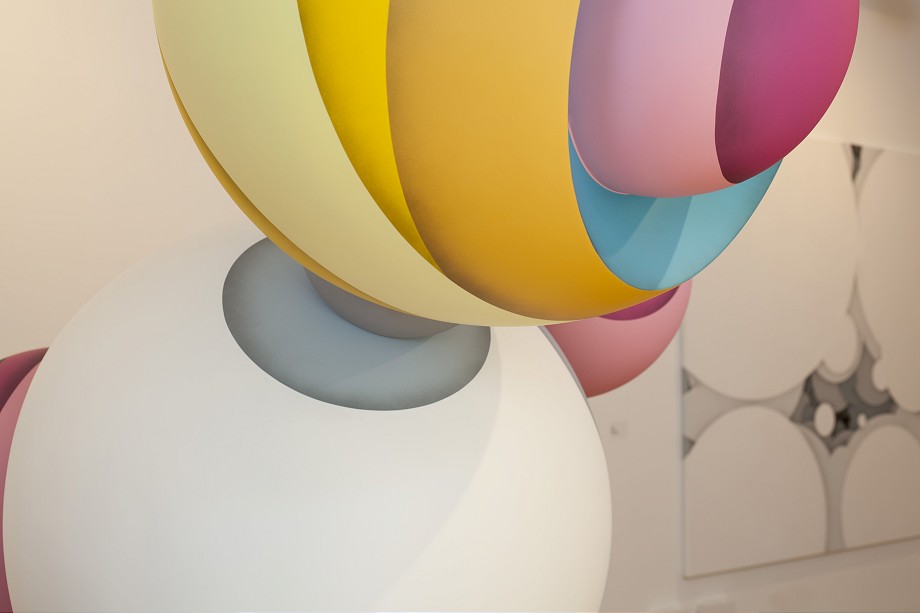 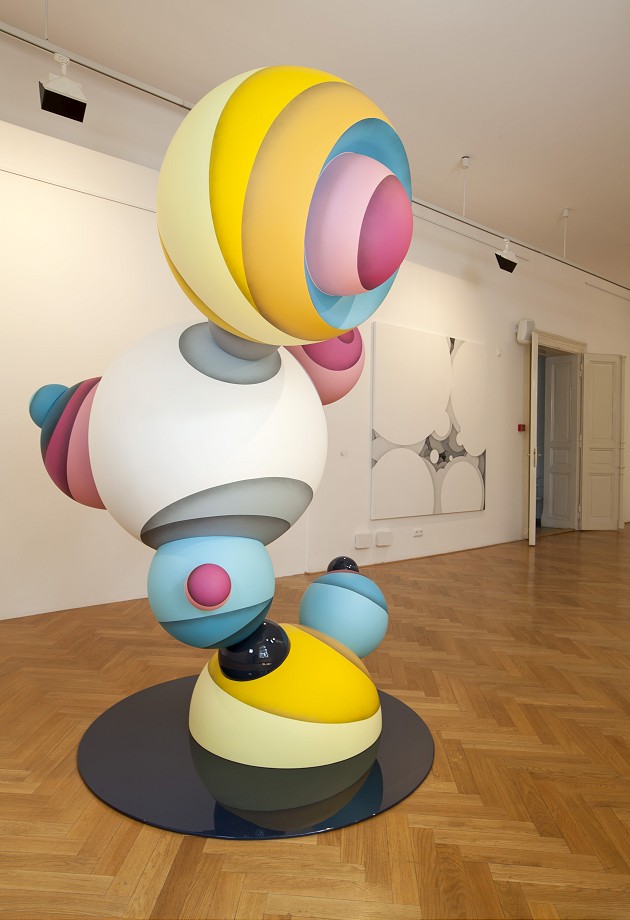 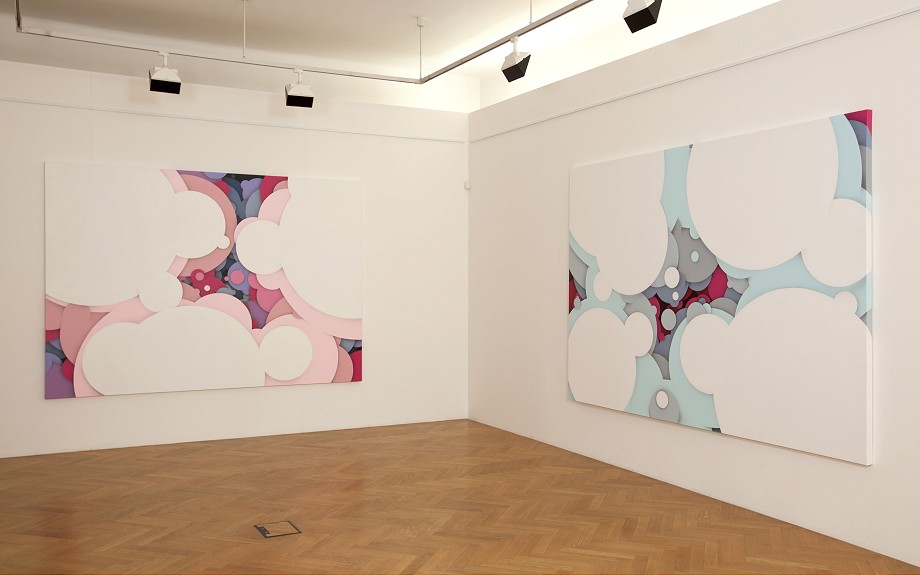 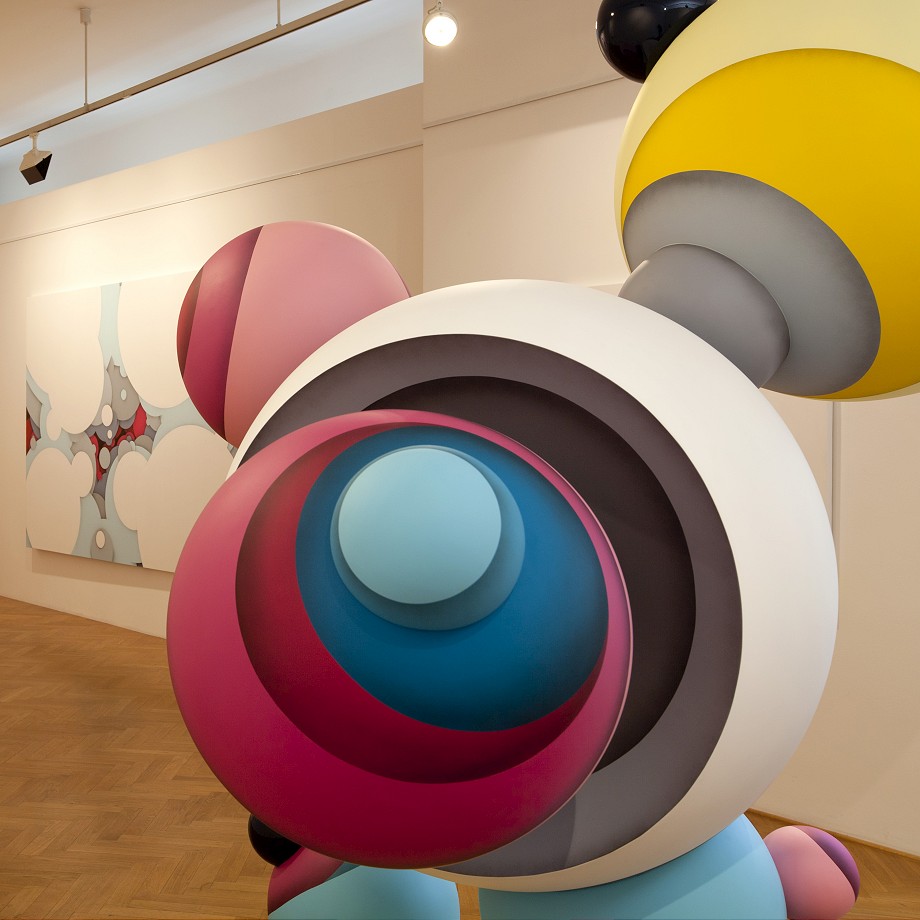 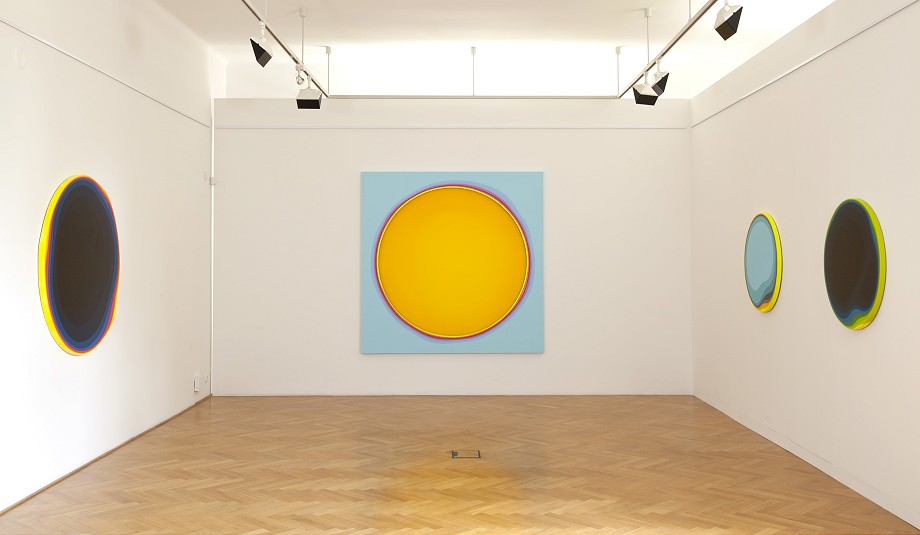 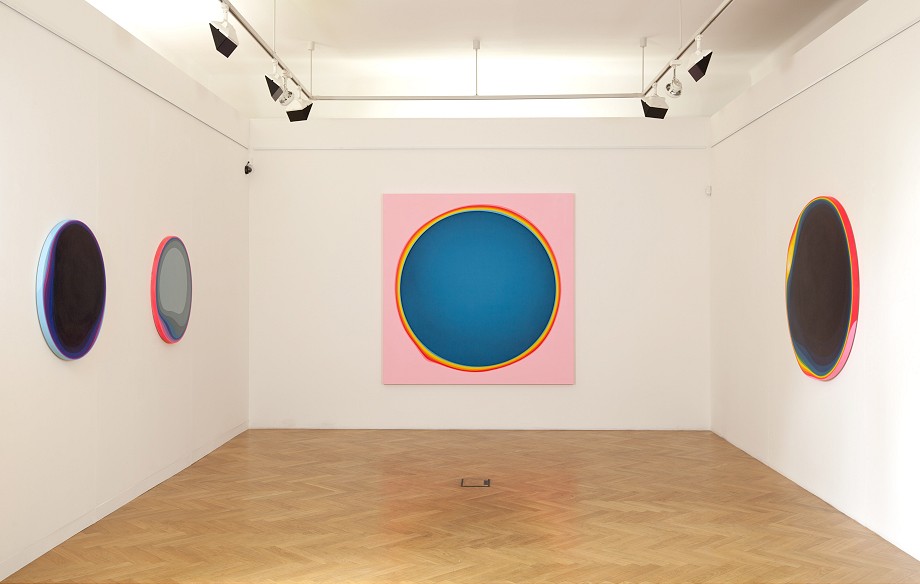 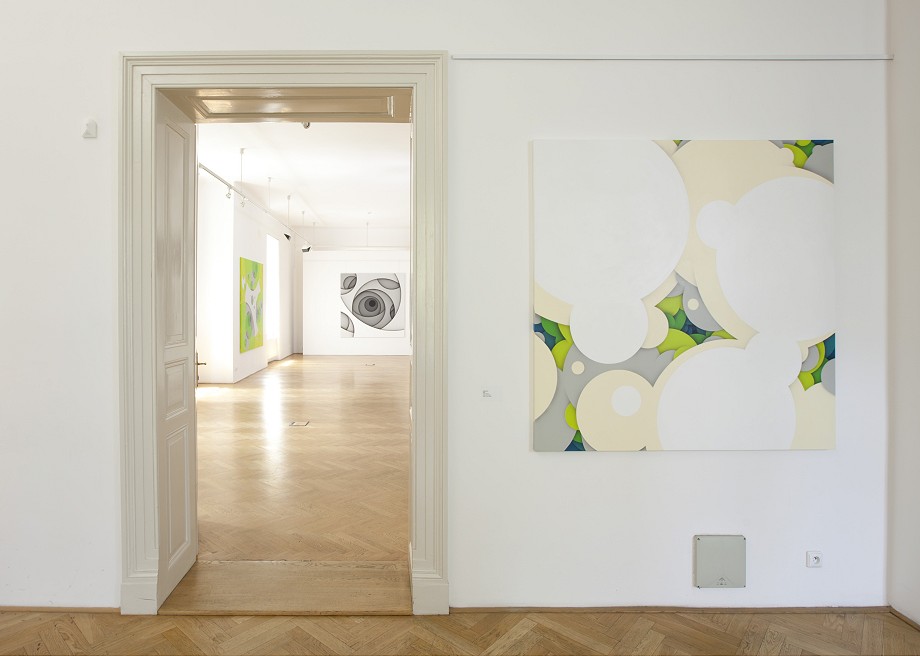 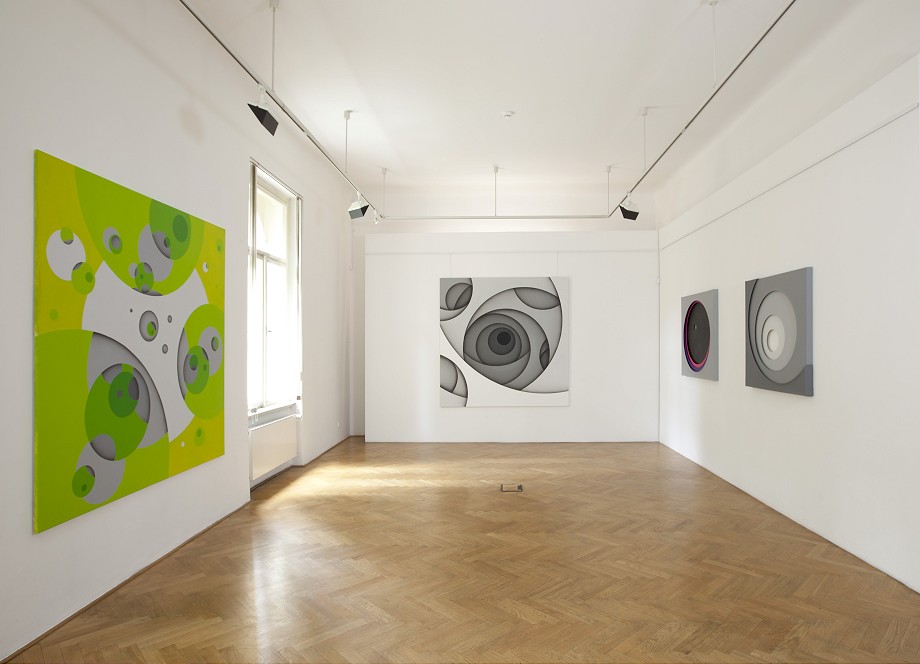