As one of the collateral shows of the Venice Bienalle 2015, Personal Structures / Crossing Borders, organized by the European Cultural Centre, opened at two locations in Venice on the 9th of May. Hosted at Palazzo Bembo and Palazzo Mora, over 100 artworks created by 100 participating artists from around 50 different countries was presented to the general public.

The idea of this immense group show was to showcase different views and outlooks on the concepts Time, Space and Existence. Featuring both works by established and well known artists, as well as young, promising talents, the exhibition gave an extensive overview of the current trends and the state of the art world. Mostly focused around similar subjects, but approaching different aspects of it and using different methods, the display of works was also a reminder of the most vital problems and issues in the world today, as well as the power or art to showcase them and capture the attention of individuals.

Differing widely in mediums and techniques used as well as the subjects covered, some of the works were definitely stand out pieces for the author of this text. At the entrance of Palazzo Mora, visitors are welcomed by the realistic sculpture of a woman relaxing on an inflatable swab by Carole A. Feuerman. Covering the socio-political issue of African immigrants risking their life while crossing to Europe, the sculpture Lampedusa Good Luck by German artist Marc Fromm was both kitschy and captivating as well as spine chilling. Next to it were impressive works created with folded dollar bills forming a 3D missile around a thread grid by Australian Glen Clarke who reinvented the term Dirty Money with his works. Not far from it was a minimalist yet effective installation by well known French artist Daniel Buren who used the architecture of the space and juxtaposed it with his geo-based work. Further on in Plazzo Mora, a room with oil paintings by Hans Aichinger & Sebastian Schrader, focused on the simple yet saddening moments from common life, glorifying traditional painting and it’s power. Next to it were exhibited five mini Moleskine books that had impressive color ballpoint pen drawings by Nicolas V Sanchez who draws from memories and photographs of his Mexican/American life.

One of the most impressive pieces in Palazzo Bembo was the Perception of the Stendhal Syndrome by Icelandic conceptual painter, Katrin Fridriks. After exhibiting this work in Berlin, Fridriks installed it in Venice, using a different abstract canvas piece to show the infinite ways of observing her art through an enlarged magnifying glass. Sam Leach contributed three large oil paintings in which he contrast the landscape from historical Dutch classics against elements from geo abstraction as well as sci-fi/NASA inspired imagery, while tech-based abstract works of Ariel Hassan & Felix Laretta, projecting light on creased, textured surface, captured attendees’ attention with their hypnotic and surreal feel. Pep Llambias‘ installation showing numerous “dead” light bulbs hanging with no purpose served as a silent reminder of the limited access to energy in many parts of the world. 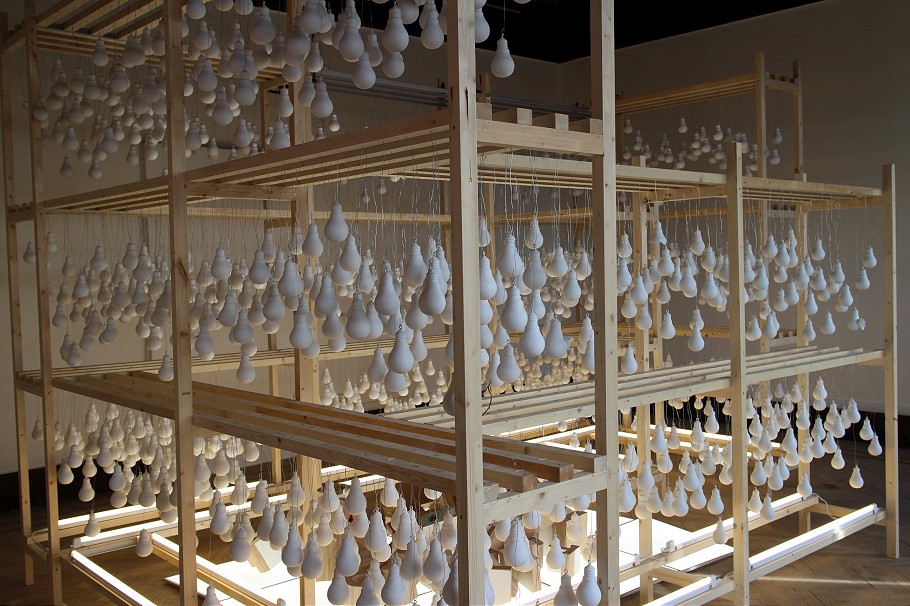 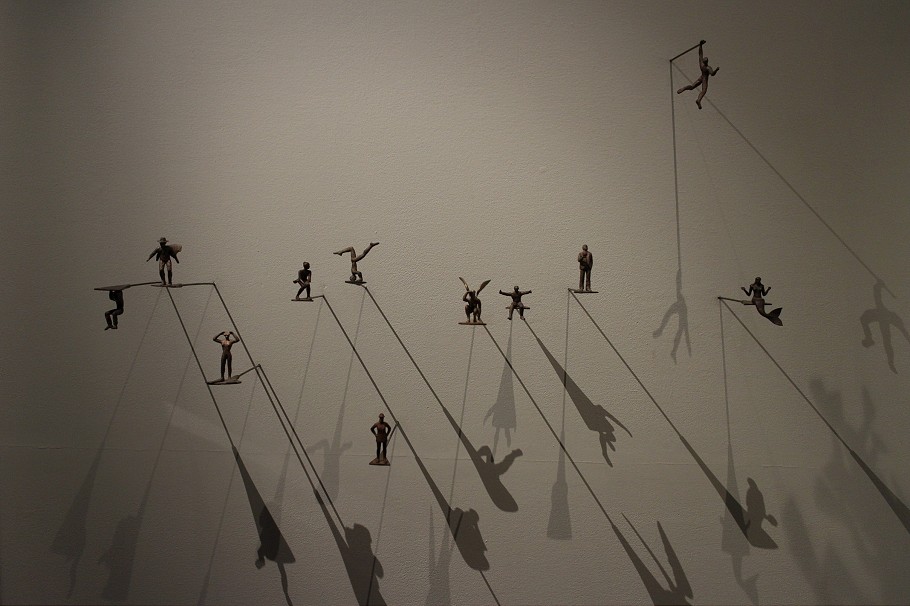 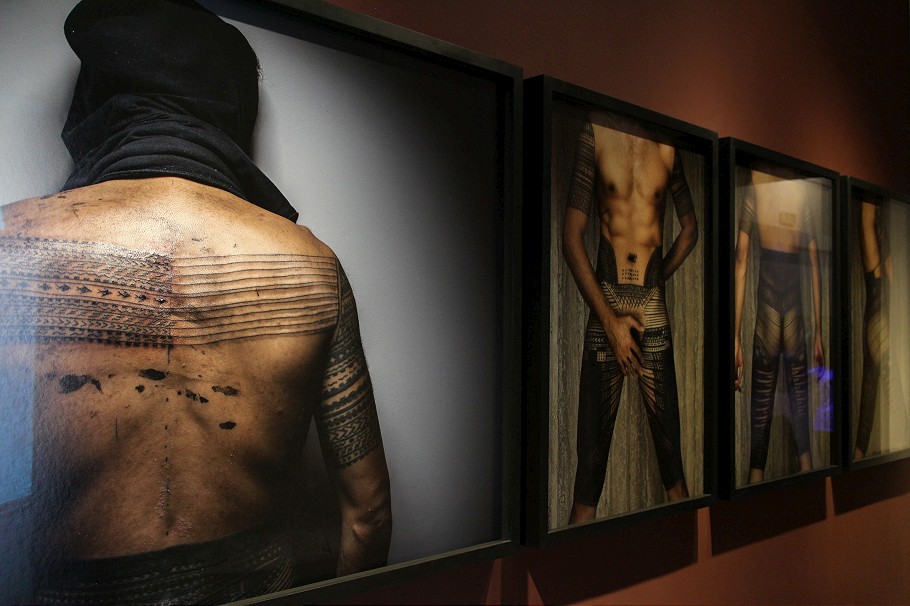 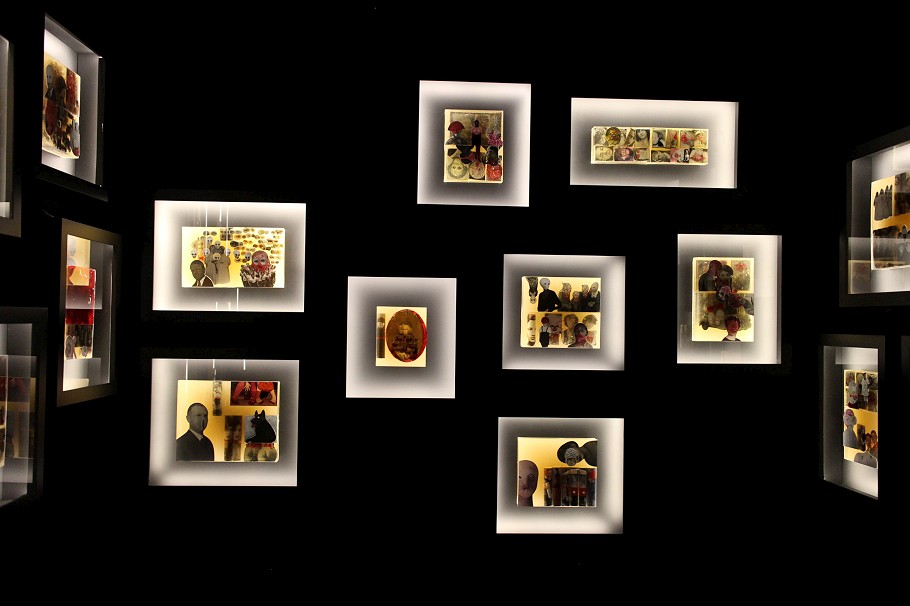 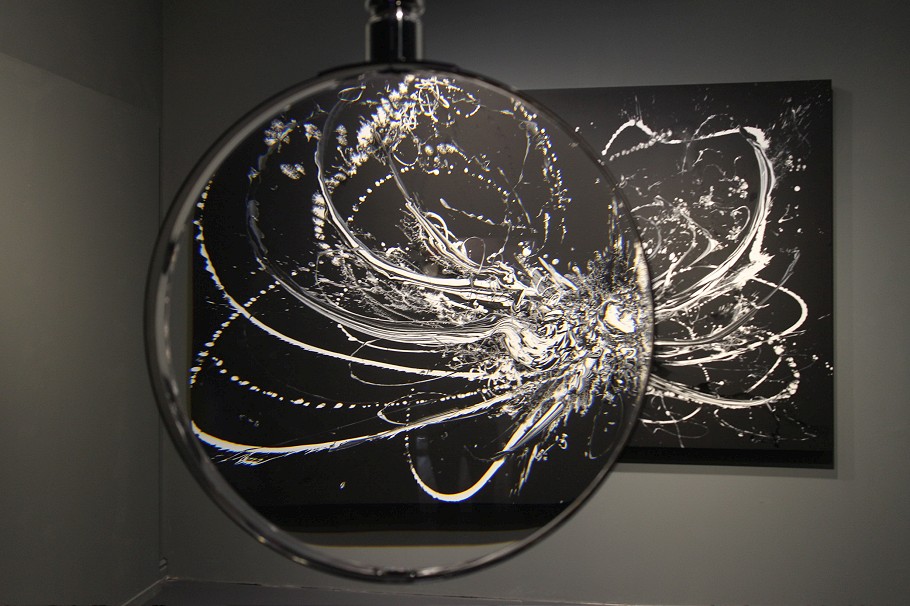 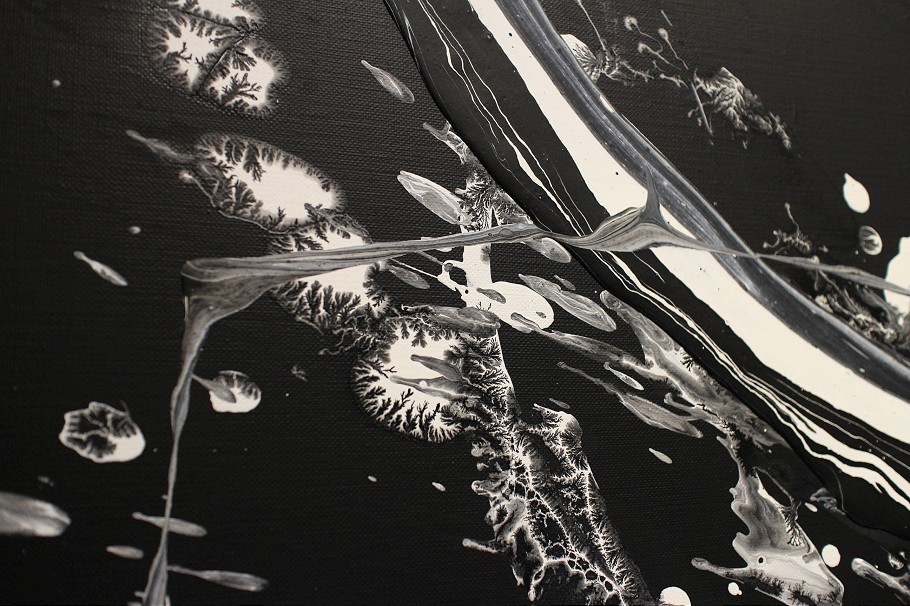 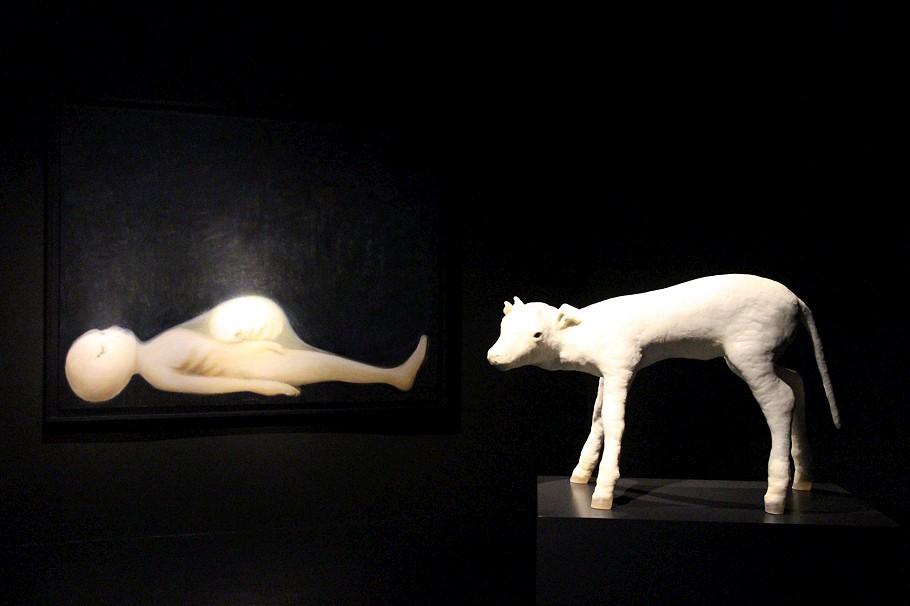 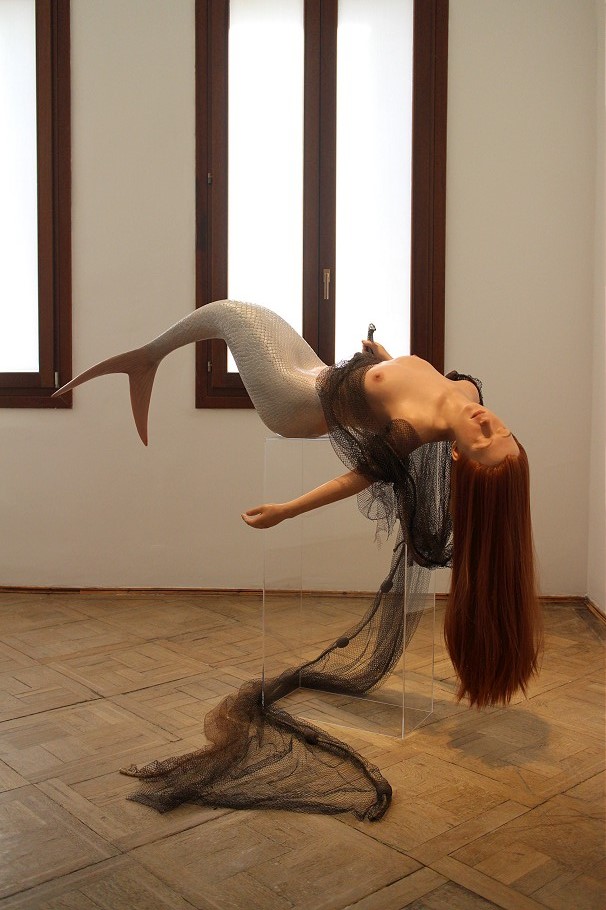