The city of bridges (Venice is located on 117 small connected islands), is currently hosting a very unique group exhibition titled Bridges of Graffiti. Organized as a collateral event of the 56th International Venice Biennale Arte, this show brings together a wide range of important names for the graffiti culture in Italy and worldwide. The ten artists involved – Boris Tellegen, Doze Green, Eron, Futura, Mode2, SKKI ©, Jayone,Todd James, Teach, and Zero-T worked together for the very first time, bringing to life a single cohesive Hall of Fame show, along with some historic photographs by Martha Cooper and Henry Chalfant.

Taking the symbolism of bridges from different angles, this unique event connects artists of different age groups, cultural or geographical origin. Also, the show itself connects the graffiti art with the world of fine art by showing these works as a part of La Bienalle. Finally, organized in a formerly abandoned and closed ship terminal, it is a connection between a forgotten part of the city and its visitors and inhabitants.

The works exhibited and created exclusively for this event show a wide range of creatives that graffiti culture can unite. From US legends such as Futura 2000, Todd James aka Reas or Doze Green, to European stars such as Mode 2, Boris Tellegen or Eron, the artists and their works  introduced vary in every possible way. From sculptural to drawings, from conceptual to abstract, all the artists brought their finest work and bridged the gaps between street graffiti and fine art.

Martha Cooper and Henry Chalfant also gave visitors a glimpse of the past by showing their legendary photos of NYC subway trains from the 80s, both on photo prints and large full scale moving train displays. One of the youngsters in those old photos, NYC-based Futura, now a veteran and legend in the scene, created some of his largest abstract works inside the terminal as well as introduced a large Pointman sculpture and canvas. Dutch artist Boris Tellegen showed works that have roots in abstract, geo based graffiti, but through the recycling of materials and masterful craftsmanship it enters the sculptural sphere. British artist Mode 2 painted a large mural with his signature characters, showing the power of his line work, as well as applied that same style to other mediums such as tapestry or canvas. Todd James exhibited his Vandal Room that was last shown at MOCA’s Art In The Streets, as well one of the large outline free canvases that he’s been painting lately. On other hand, Doze Green’s recognizable line work came to light with his two big murals, along with three smaller canvases showing his eye for color and totem-like imagery, while Teach approached the graffiti aesthetic with an industrial work process. 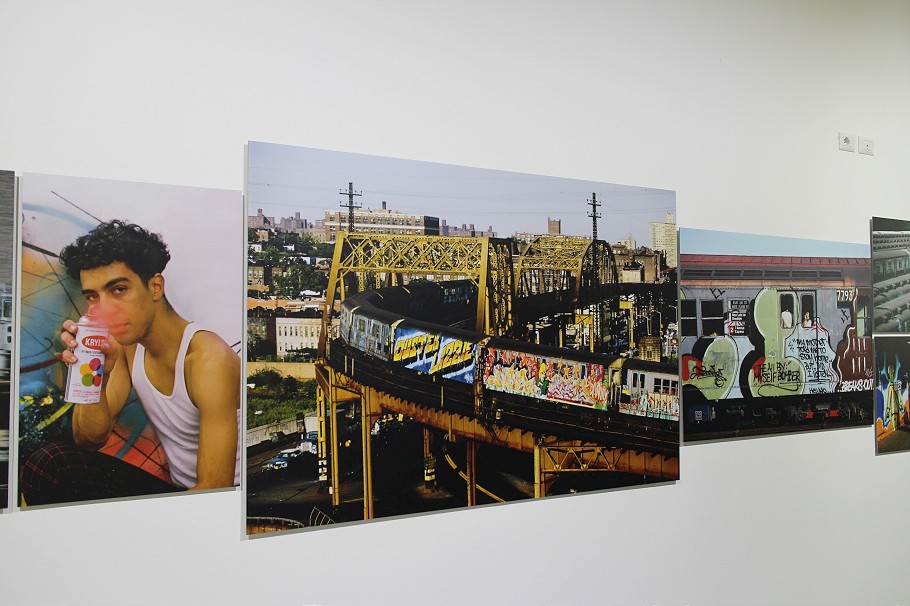 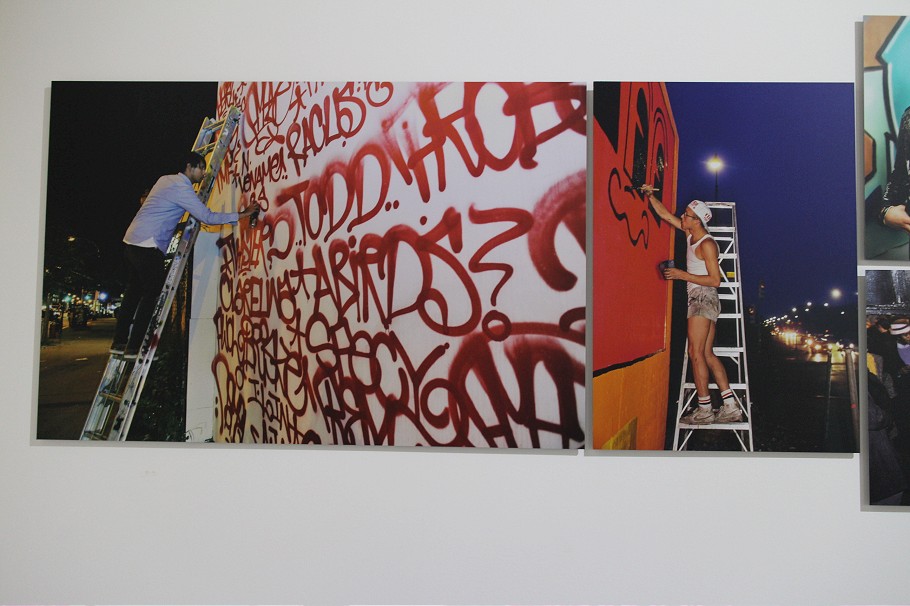 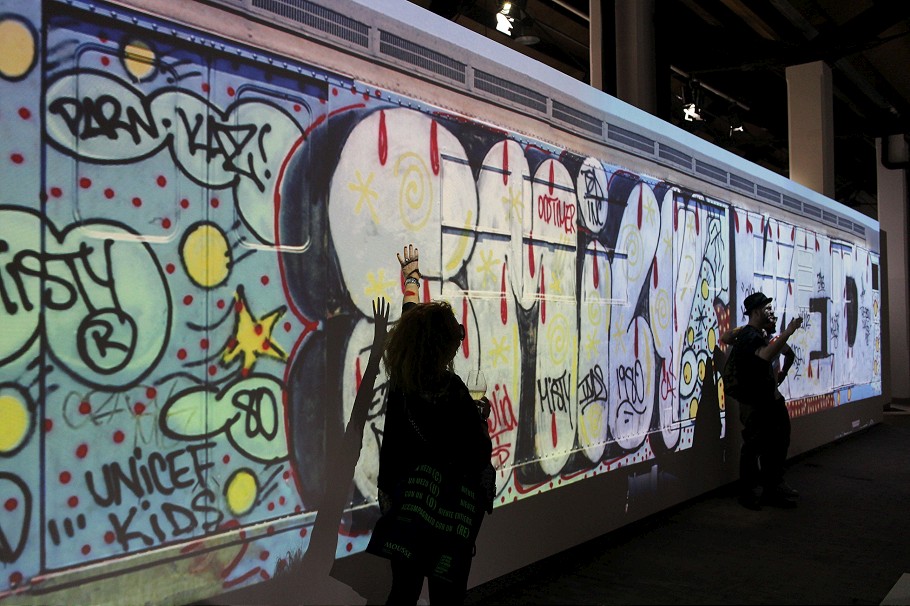 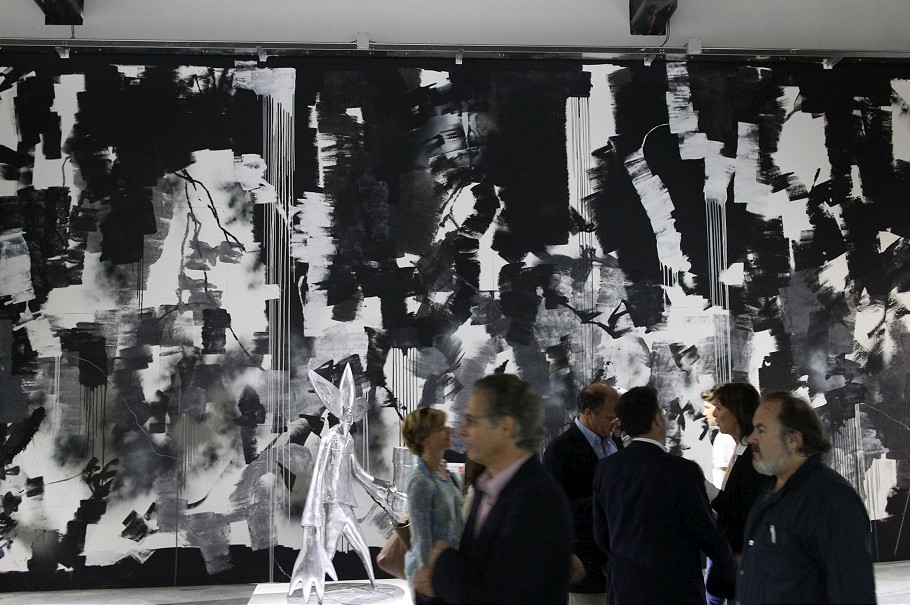 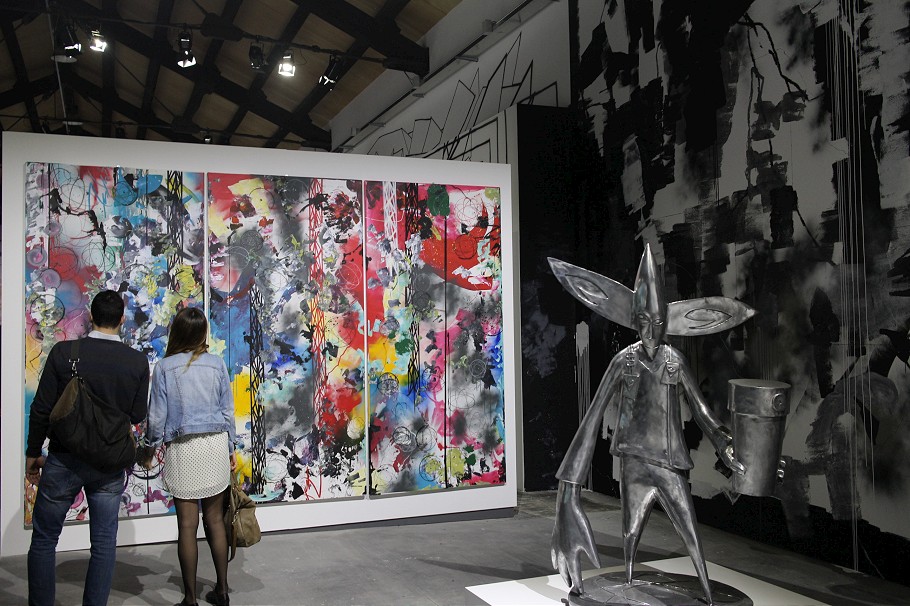 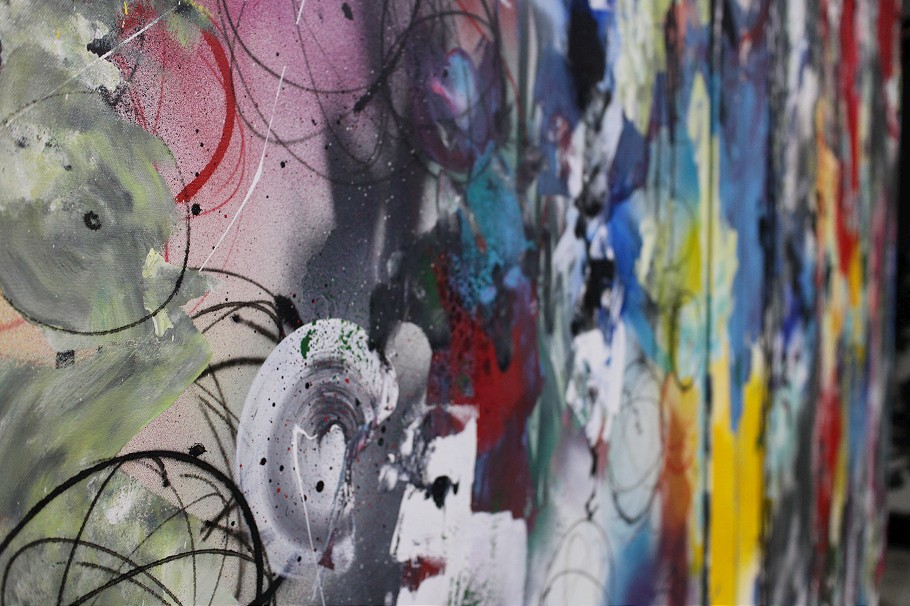 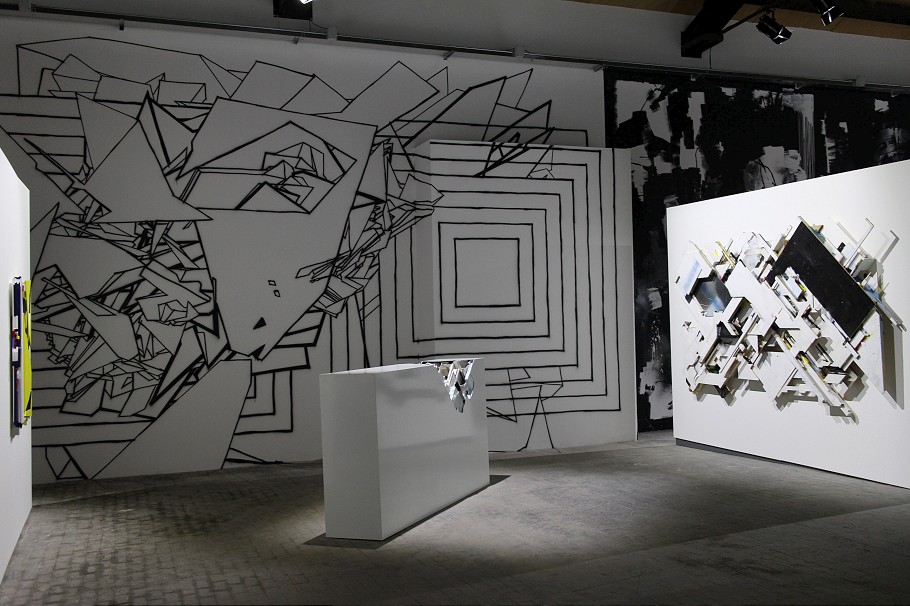 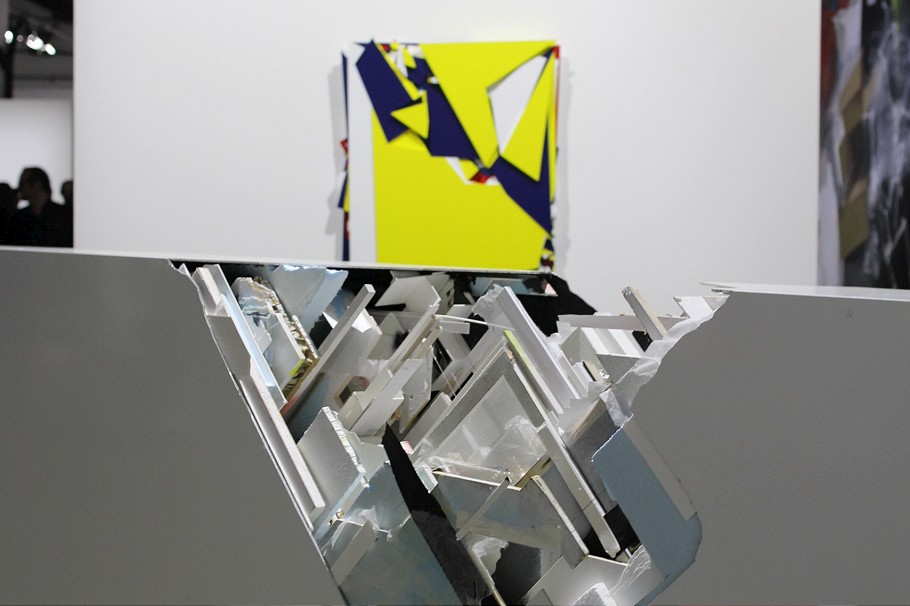