After a series of public interventions the last few years in China, Ludo returned once again to Far East to work on more pieces for his Ephemera project. This time, he is collaborating with non-profit organization called Tencent Foundation and its major media company Tencent QQ.

This collection of work on the streets started back in October 2014 as part of the French artist’s personal research and interest rundown and neglected areas of the country. After traveling around the the Asian county and getting it to know it better, the project reached a new level of focus by moving deeper into rural areas. Juxtaposing his hybrid, futuristic imagery against the setting of undeveloped villages, turns the spotlight back on these places full of history. With modern urbanization causing such places to end up deserted, the charity aspect of this project was born – helping the “left-behind children” to finish school and their studies (around 61 million such children was registered in 2015). 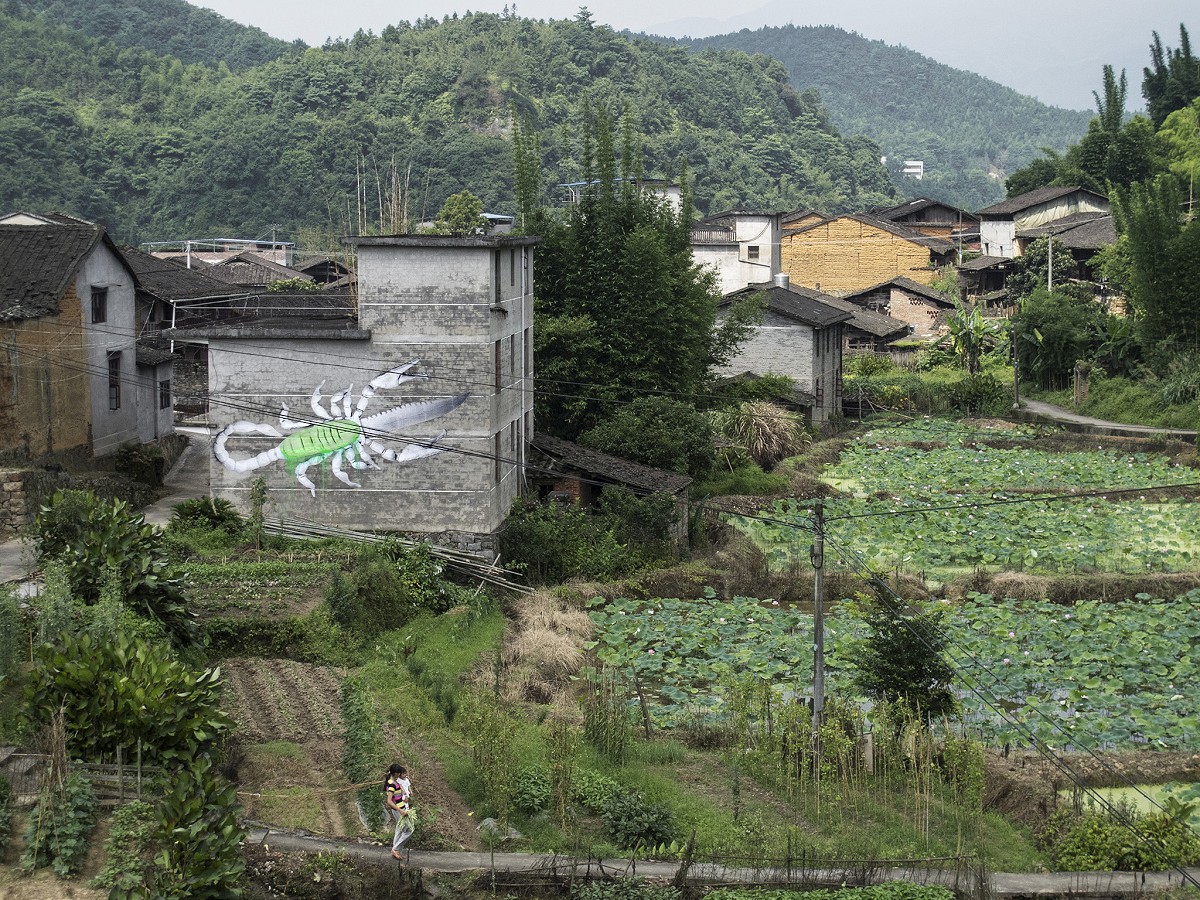 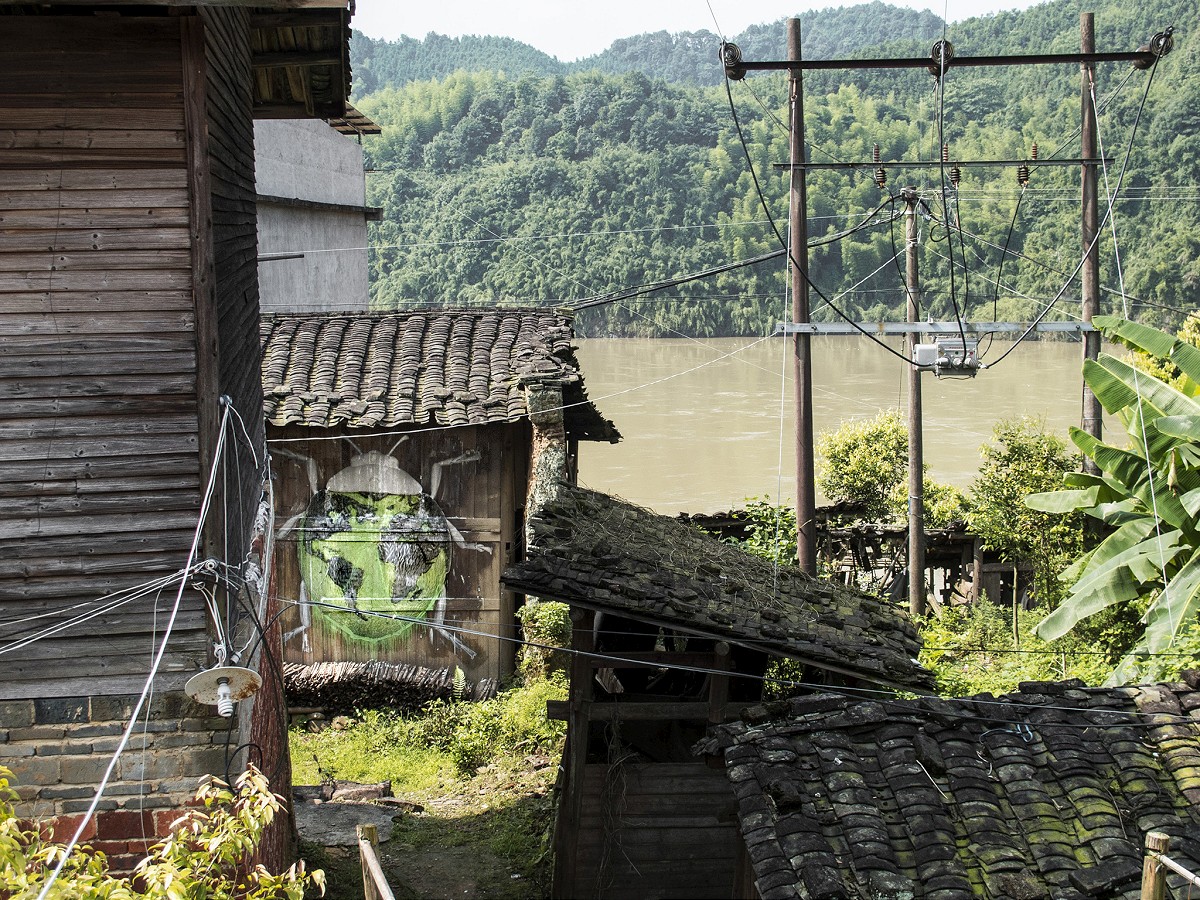 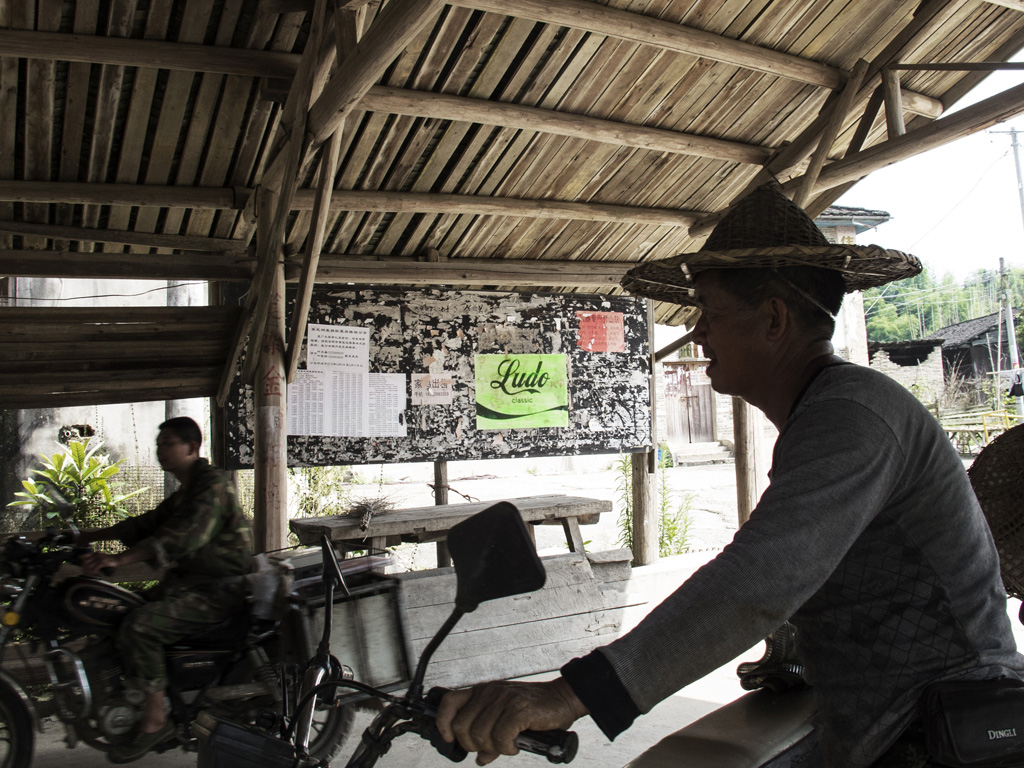 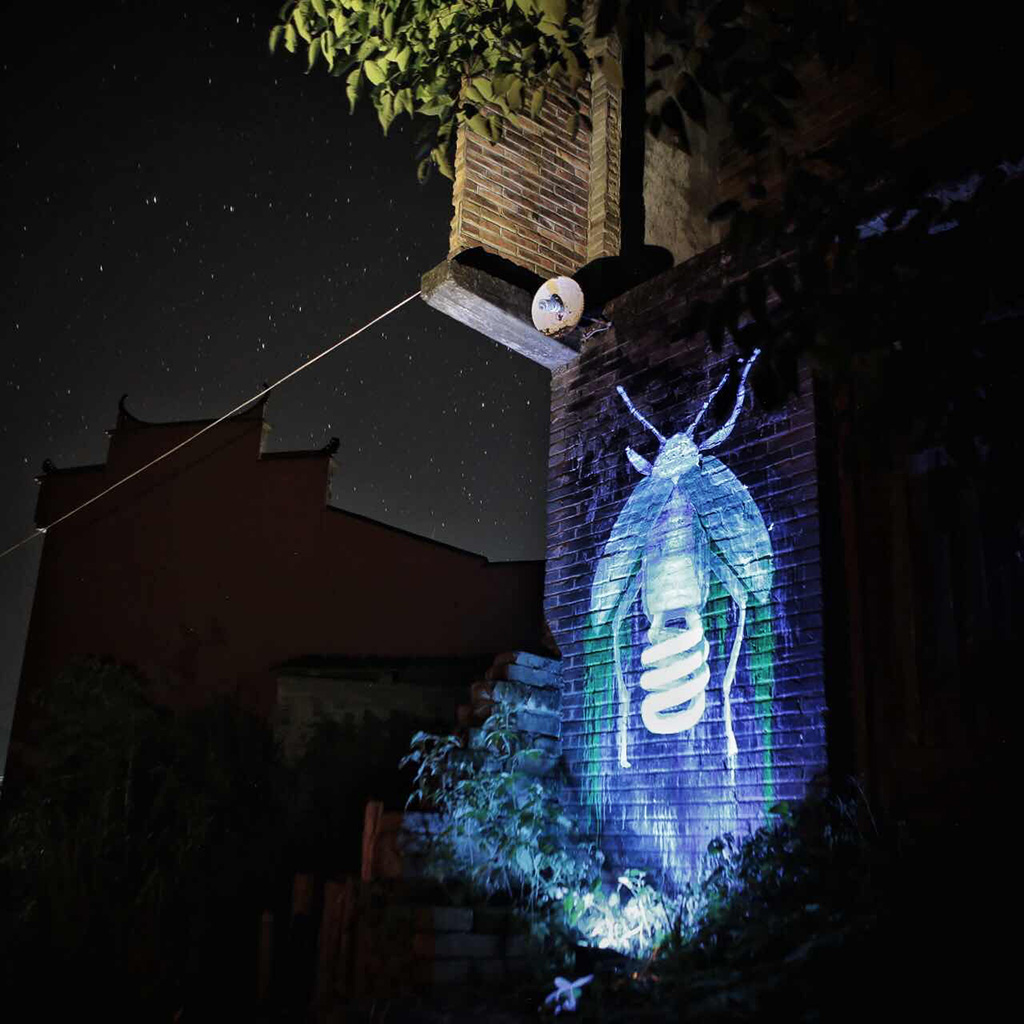