Ludo (interviewed) recently took off for Asia for the first time, and is currently in Thailand where he is experiencing the bustling and chaotic life in Bangkok. Along with undergoing the eclectic mix of new things and experiencing life outside the references and markers he grew up with, he is also creating some new street work in Thai capital. As elsewhere in the world he worked, locals are having hard time understanding the idea of pasting up posters that don’t advertise any brands. This kind of view raises the question of the ways street artists are actually advertising themselves, besides their artistic intentions.

His actions are being filmed for a short film that will be premiered at his upcoming London show at The Lazarides in London this October. With the focus of the show being around the idea of chaos, Bangkok feels like a perfect setting for such footage. 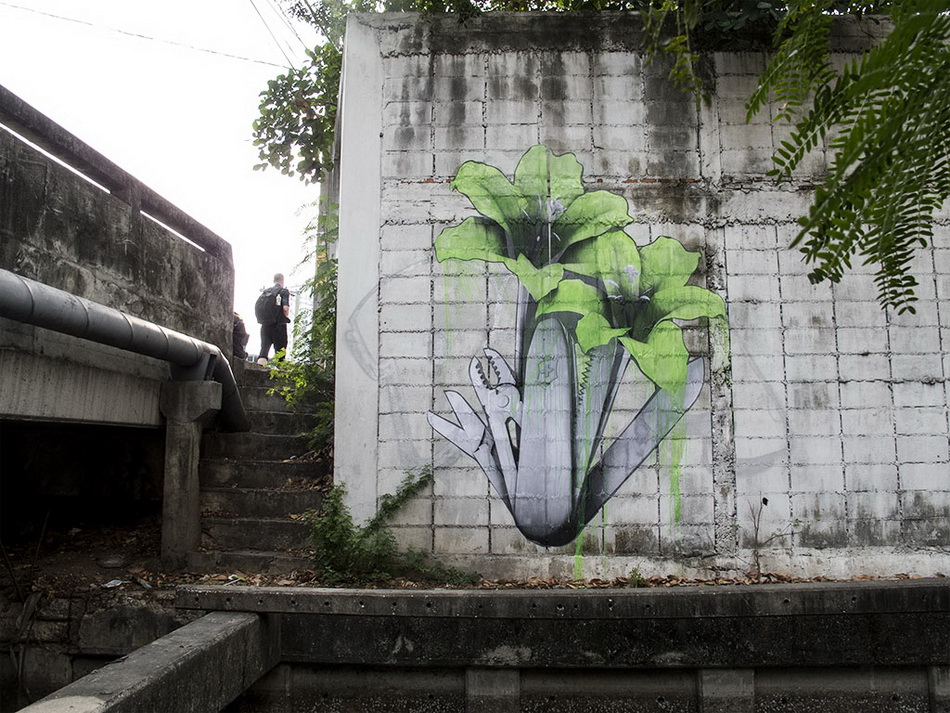 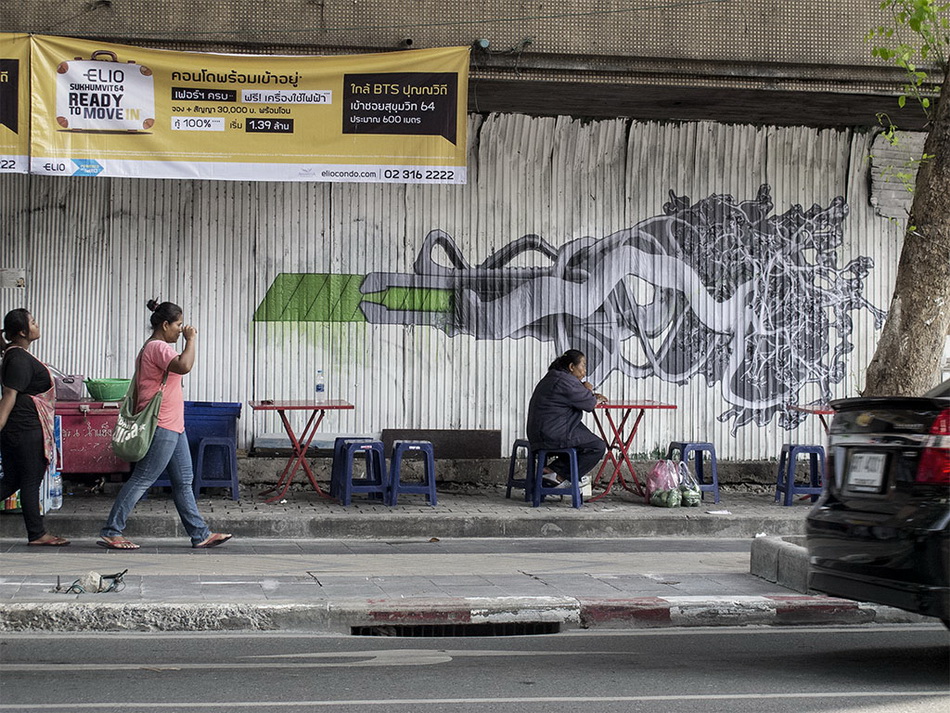 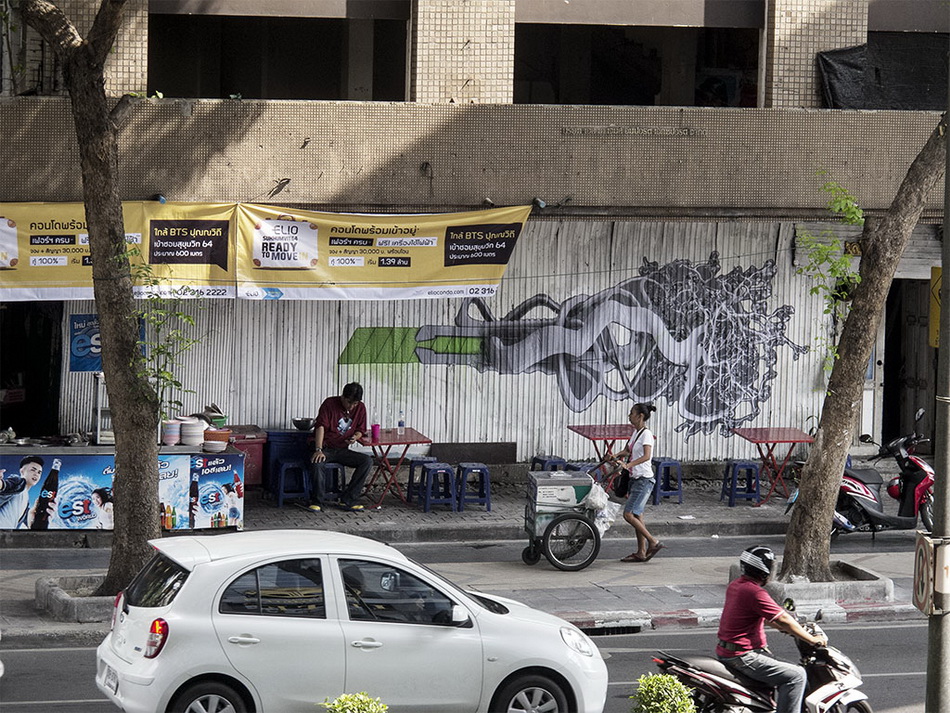 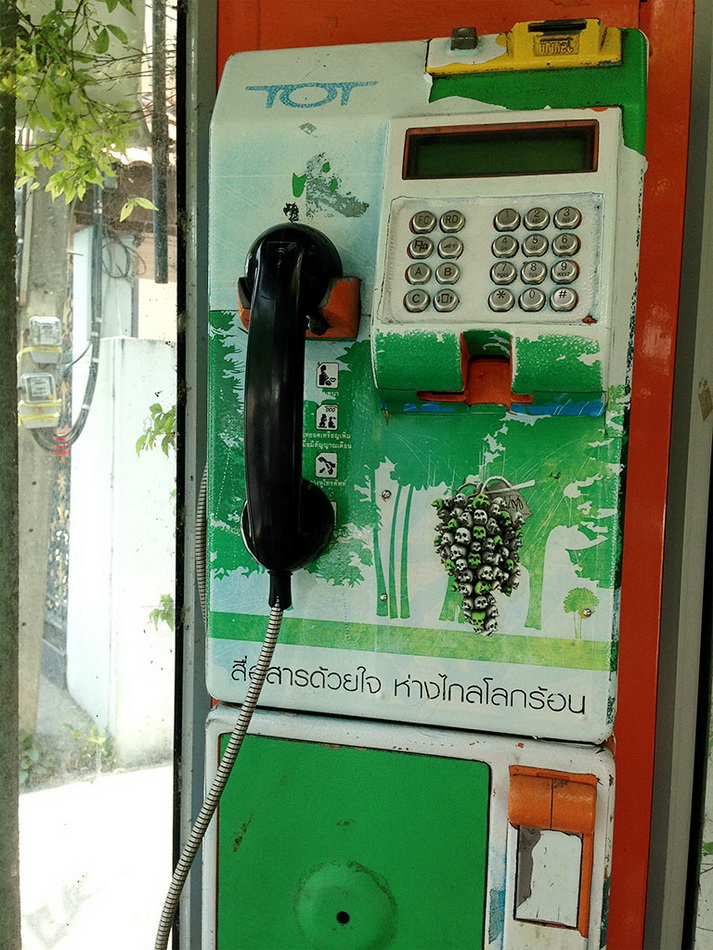 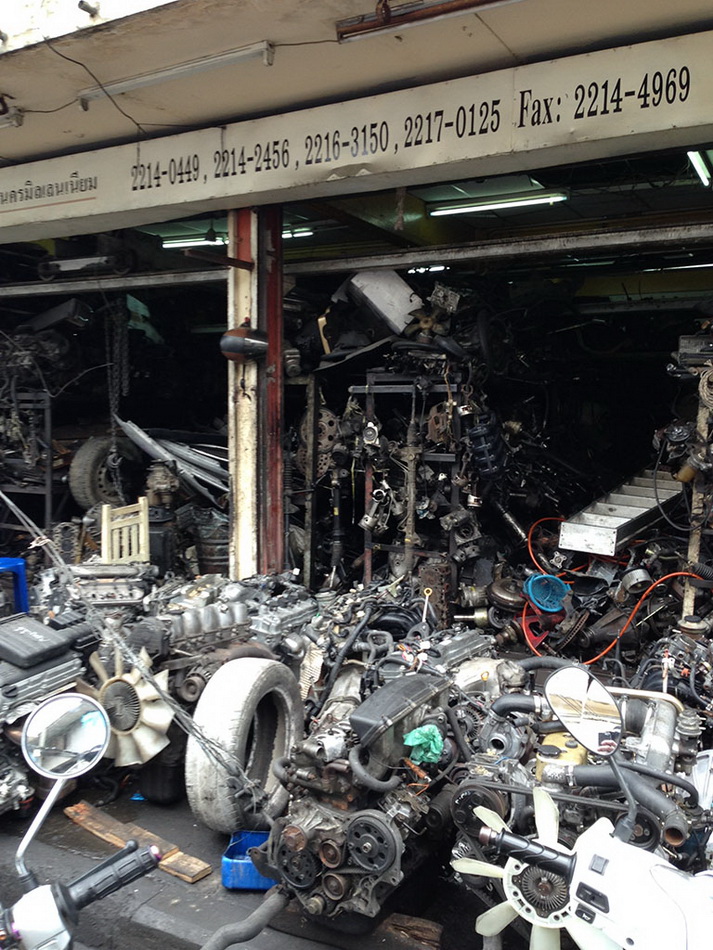 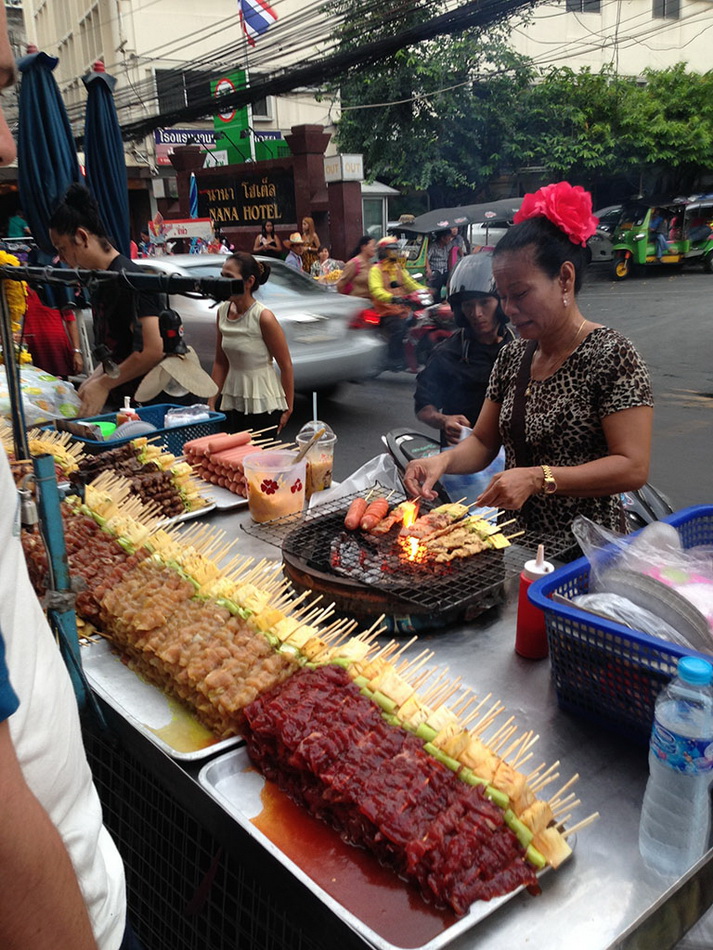