Only few weeks after opening his solo show in London (covered), Ludo took off on another adventure continuing to spread his imagery around the world. Following up on his series of public works he’s already done in Thailand and Japan earlier this year, the French artist recently visited China and manage to leave his mark in one of the most restricted and controlled countries. Placing his green & black pasteups on some ruined buildings somewhere in Shanghai, Ludo combined nicely his recognizable post apocalyptic imagery with similar surroundings. The new pieces include big butterflies that reference to his Chaos Theory show, as well as two new images done in his signature style. 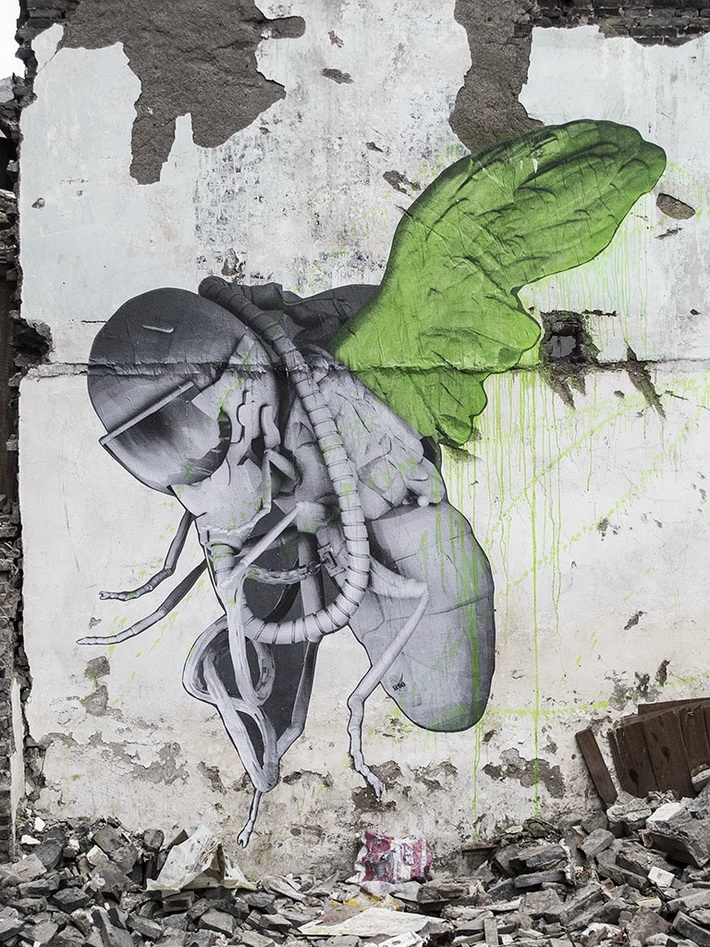 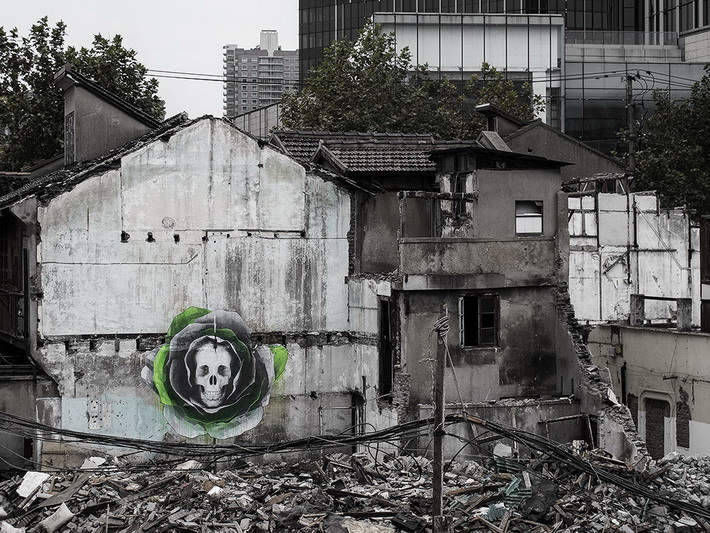 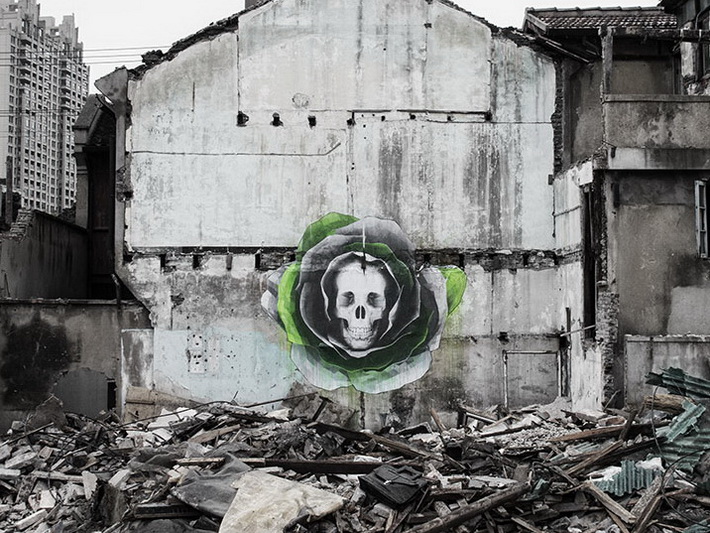 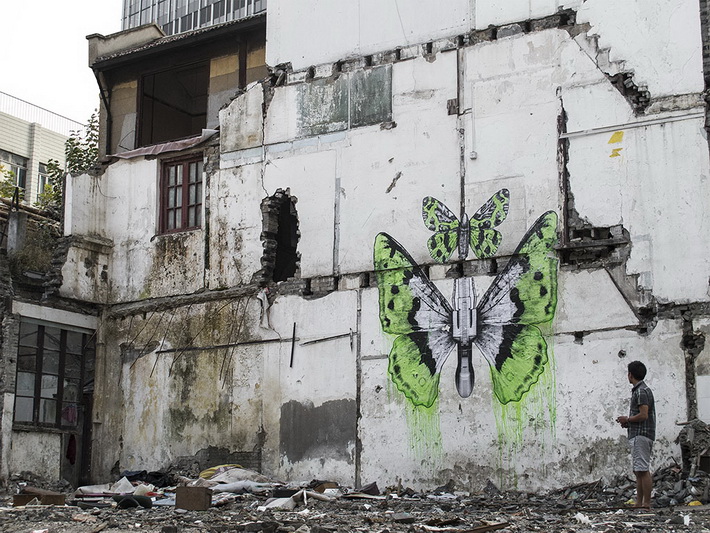