One of the world’s oldest street art festivals and the one that paved the way for other similar events around the globe, Nuart in Stavanger, Norway, recently started announcing the lineup for their 2016 edition. With half of the roster being publicly revealed, and AM being there to report from the 8th – 10th of September, we’re excited to share with you the artists that will be creating new exclusive work around Norway’s oil capital and inside the legendary Tou Scene.

Marking two important anniversaries that relate to street art in the broadest sense, this year’s edition features artists whose work focuses on making the world a better place by creating art outside the formal structures of the artworld. In that sense the artists will create sort of tributes to Thomas More’s classic novel “Utopia” that was first published 500 years ago, as well the anarchic art movement “Dada” which was born at the Cabaret Voltaire in Zurich exactly 100 years ago. With concept of play and movements like Situationism being the ongoing theme of the festival, it will be interesting to see the new work that these artists will be creating: 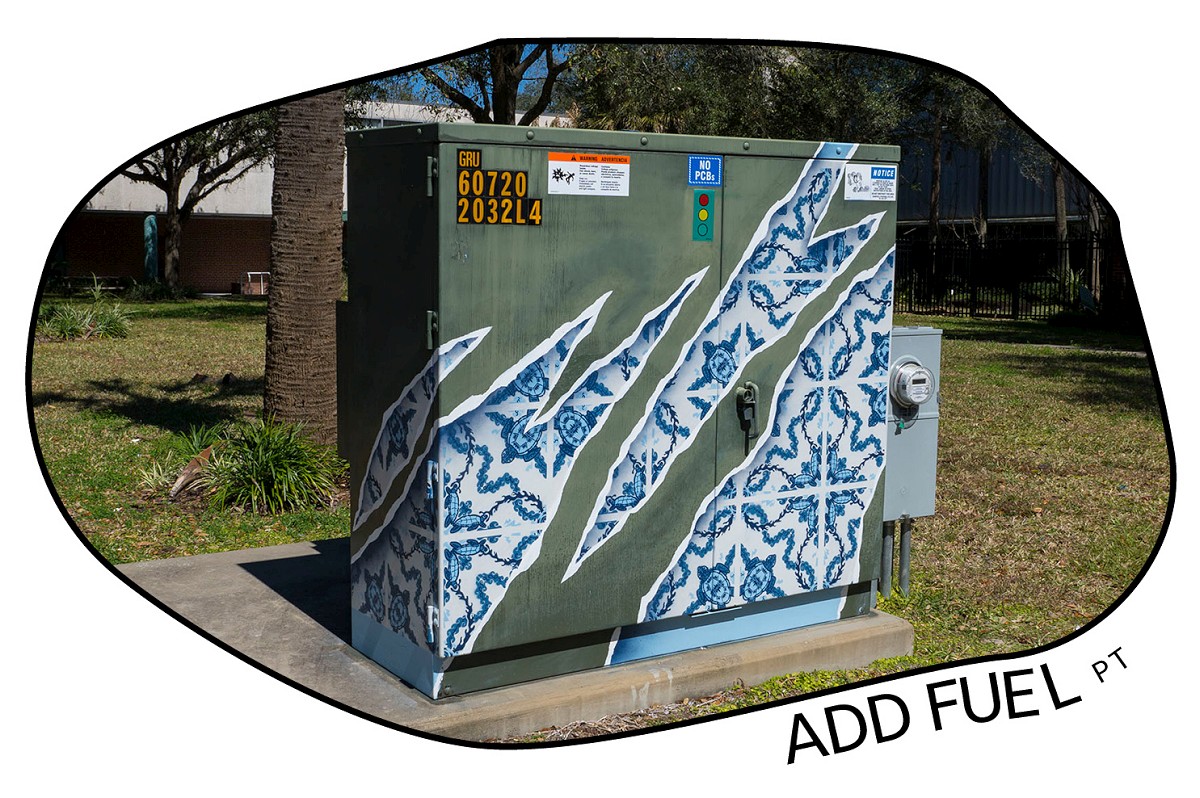 Diogo Machado aka Add Fuel is Portugese artist who reinterprets traditional azulejo tile designs through his stencil-based works. Though appearing as if they simply recreate traditional motifs, they are full of pop and contemporary art references that the artist creates for each project separately. Through the use of layers, Add Fuel creates an optical illusion effect aiming to expose the past and its effect on the present. 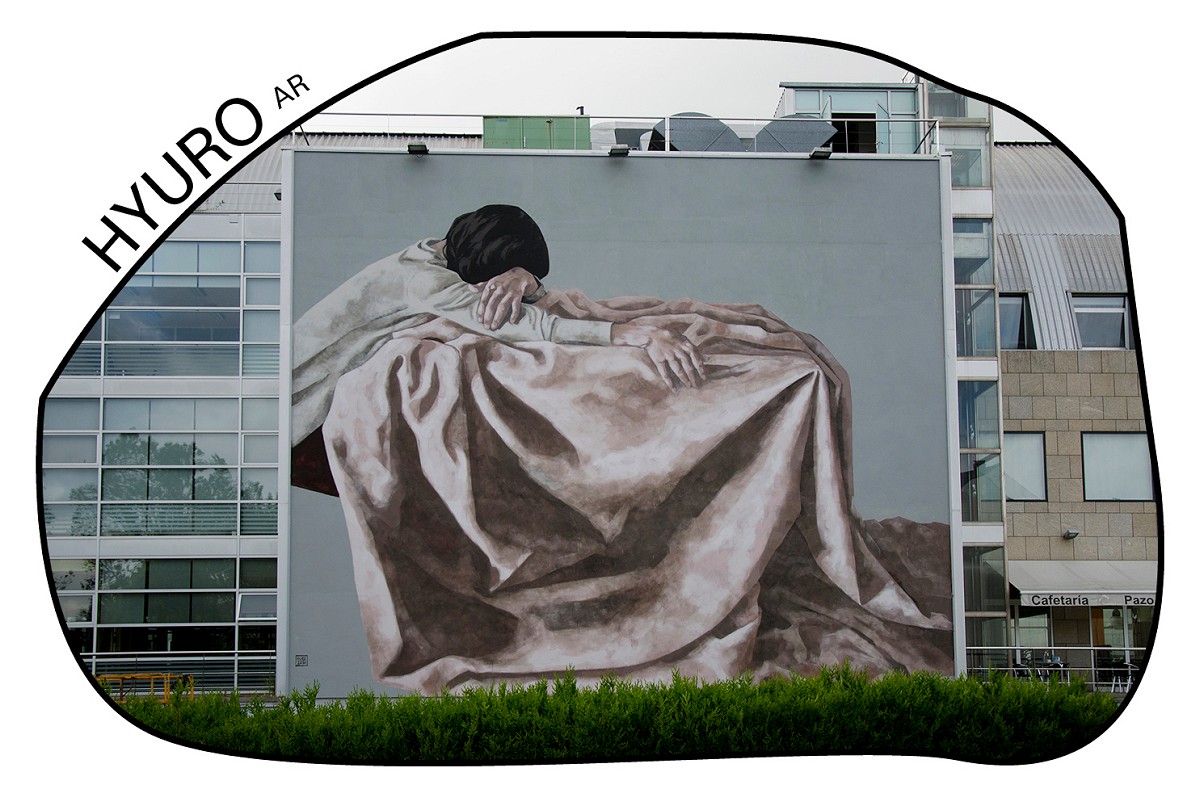 Argentinian born artist Hyuro is returning to Nuart to create some of her art that powerfully blends politics and surrealist sensibility in dreamlike compositions. Often addressing prevalent socio-political issues in her work, she’s usually painting decapitated figures, dreary women, and/or animals subjected to the different pressures imposed by a patriarchal and capitalistic system. 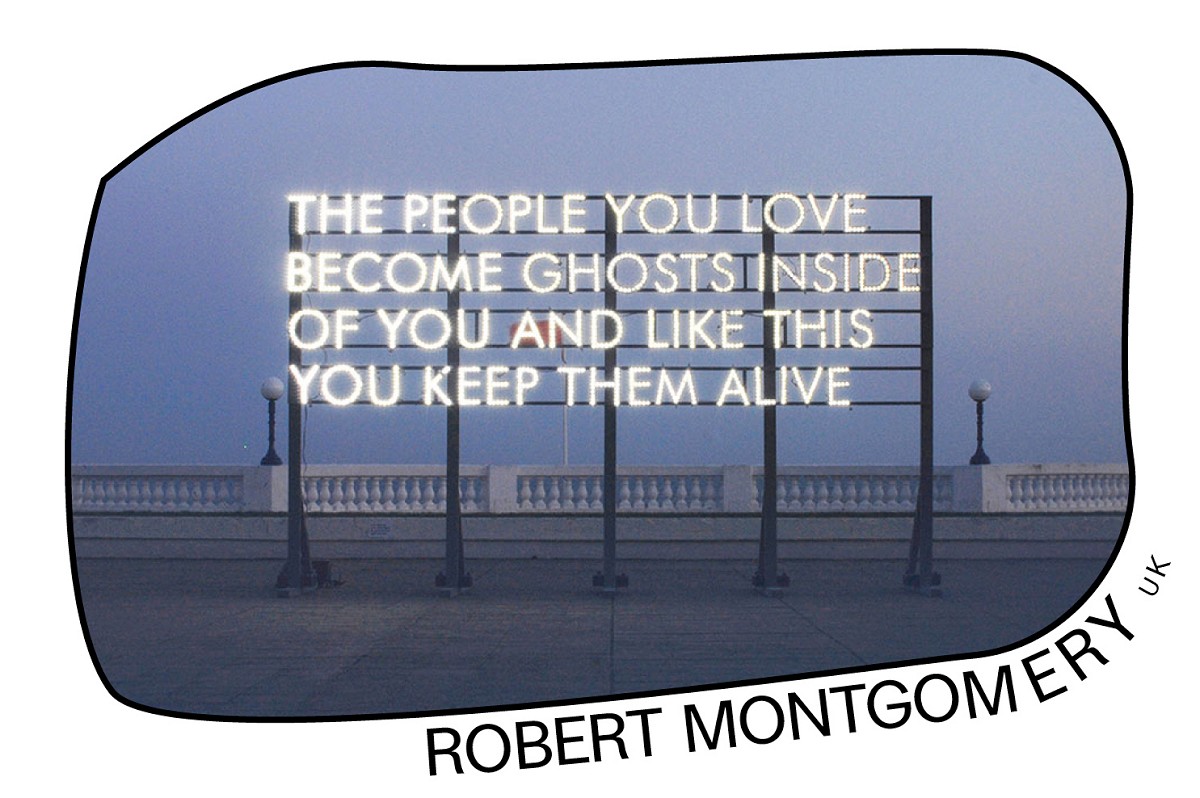 Robert Montgomery follows a tradition of conceptual art and stands out by bringing a poetic voice to the discourse of text art. Working with billboard pieces, light pieces, woodcut pieces and watercolors, he has been called a vandal, a street artist, a post-Situationist, a punk artist and the “poet Banksy.” Montgomery showed at the 2011 Venice Biennale and was the British artist selected for The Kochi-Muziris Biennale in India in December 2012. 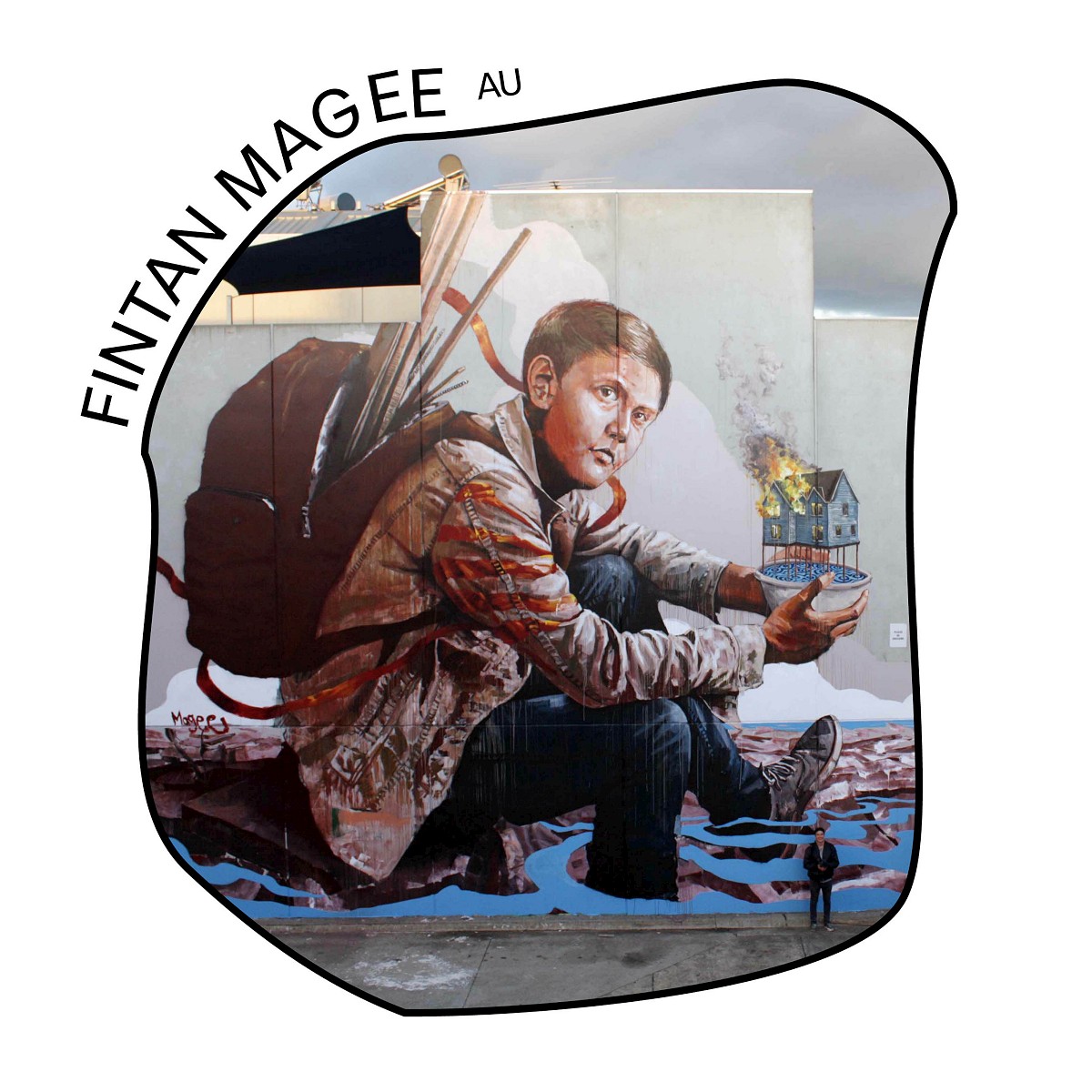 Australian artist Fintan Magee established himself as one of the world’s leading figurative street artists through large-scale murals that draw inspiration from cartoons, children’s books, nature and architecture. Surrealistic and playful, his works are based on childhood memories or personal experiences and often incorporate such themes as climate change or class struggle. 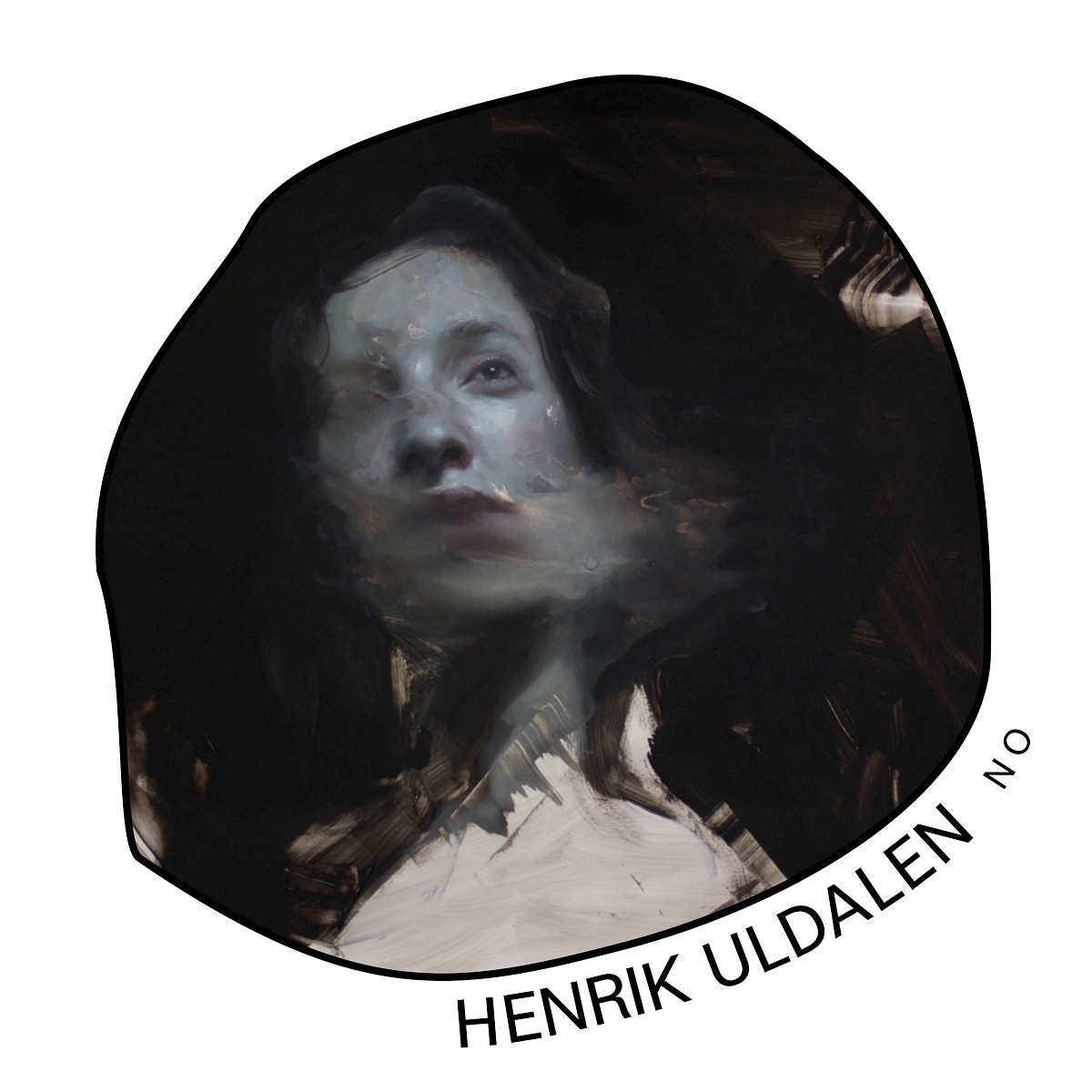 One of the biggest surprises on this year’s Nuart will be Norwegian artist Henrik Aarrestad Uldalen. Primarily a classic painter and not a street artist, Uldalen will be painting his second ever outdoor mural for Nuart. This young self taught artist is primarily known for his classic figurative paintings that explore nihilism, existentialism, longing and loneliness, often presented in a dream or limbo-like state. 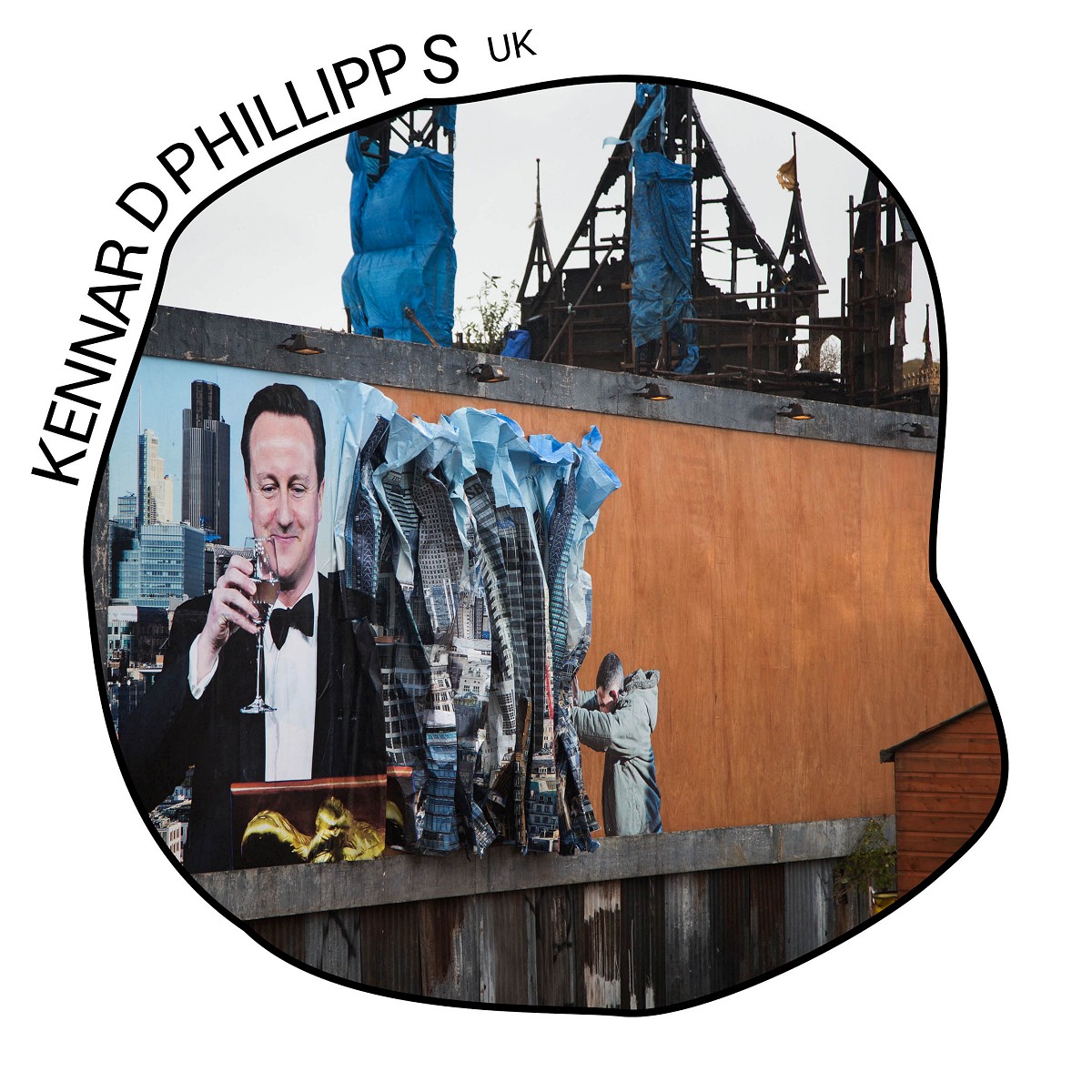 Kennardphillipps is a collaboration between artists Peter Kennard and Cat Phillipps, who have been working together since 2002 in response to the invasion of Iraq. The work they produce is made for the street, the gallery, the internet, newspapers and magazines and regularly confront power and war across the globe. They also lead workshops that help to develop people’s skills and ability to express their thoughts about the state of the world.