After nine months of preparation, Conor Harrington (interviewed) has opened a solo exhibition entitled Watch Your Palace Fall at Pace Gallery London in Soho. Continuing his narrative of politically charged oil paintings, the locally-based artist rendered fights between military male characters dressed in 18th century uniforms, with all the rage and thirst for power evident in their visages. The chase for power is certainly timeless and draws references to the contemporary political climate, as illustrated in Sluggers Paradise (2016), a large diptych featuring a tug of war and coloured to represent the classic blue and red of opposing political parties.

Amongst the eleven new canvases, six of them feature a “Golden Mask,” a recurring theme in the Irish-born artist’s body of work, where the portraits explores his alter ego. He states – “These paintings are a nod to political deceit, the lies and half truths told to assume a role and gain power, the prevalence of social media selves at the expense of the real self and the graffiti alter ego, acquiring a pseudonym and hiding your true identity.”

Guests at the opening were also happy to taste beer with customised labels and browse in advance through the upcoming monograph Conor Harrington: Watch Your Palace Fall by HENI Publishing, a retrospective of Conor Harrington’s painting career. Officially released on the 27th of October, you can preorder a copy HERE.  A book launch event & signing event will be hosted on Sunday, the 2nd of October (11:30–2pm). 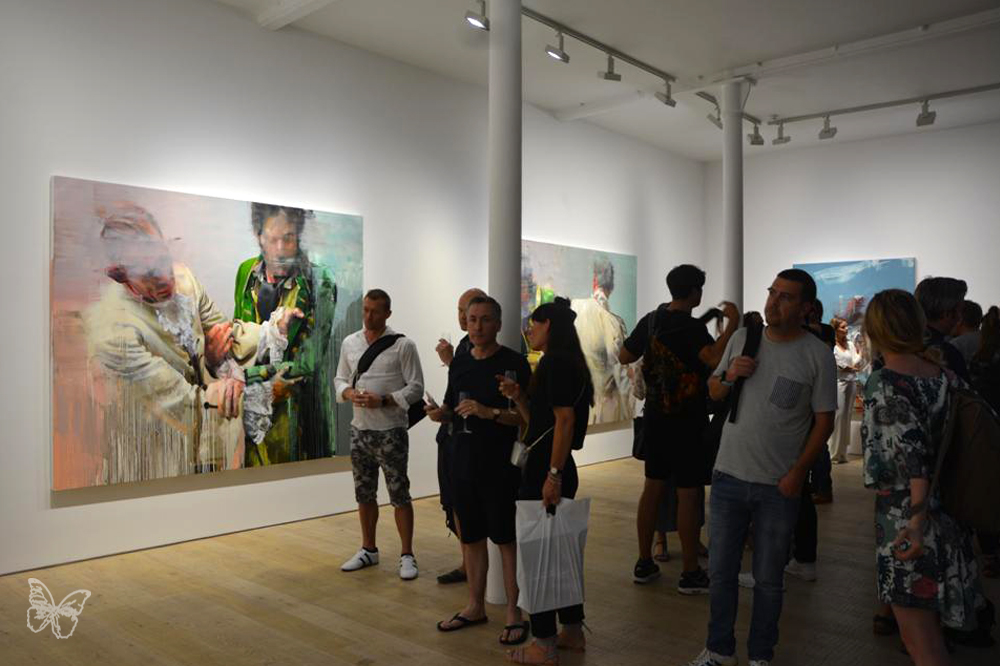 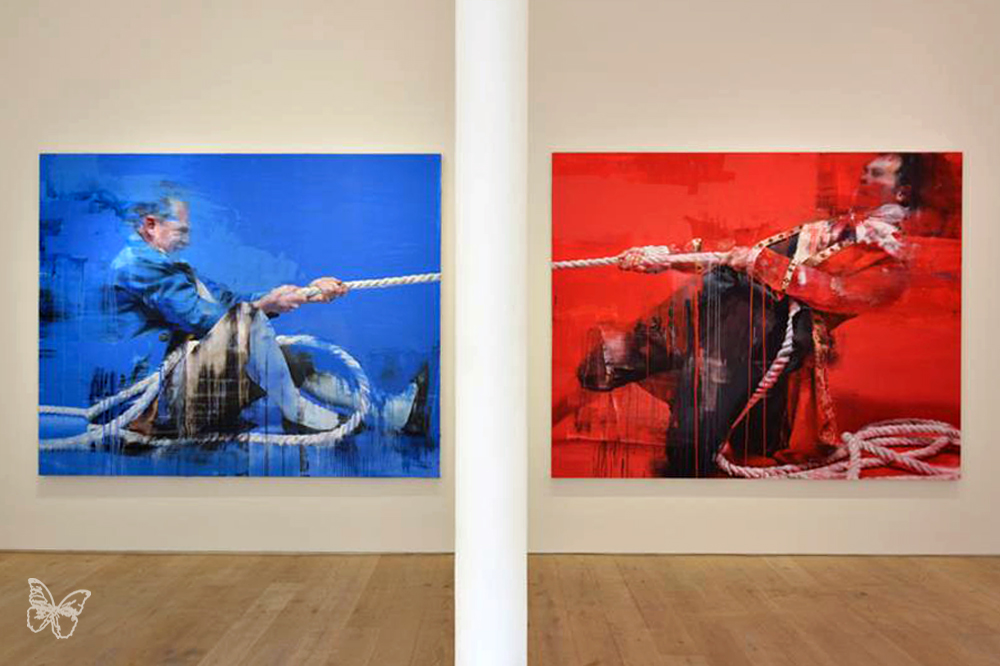 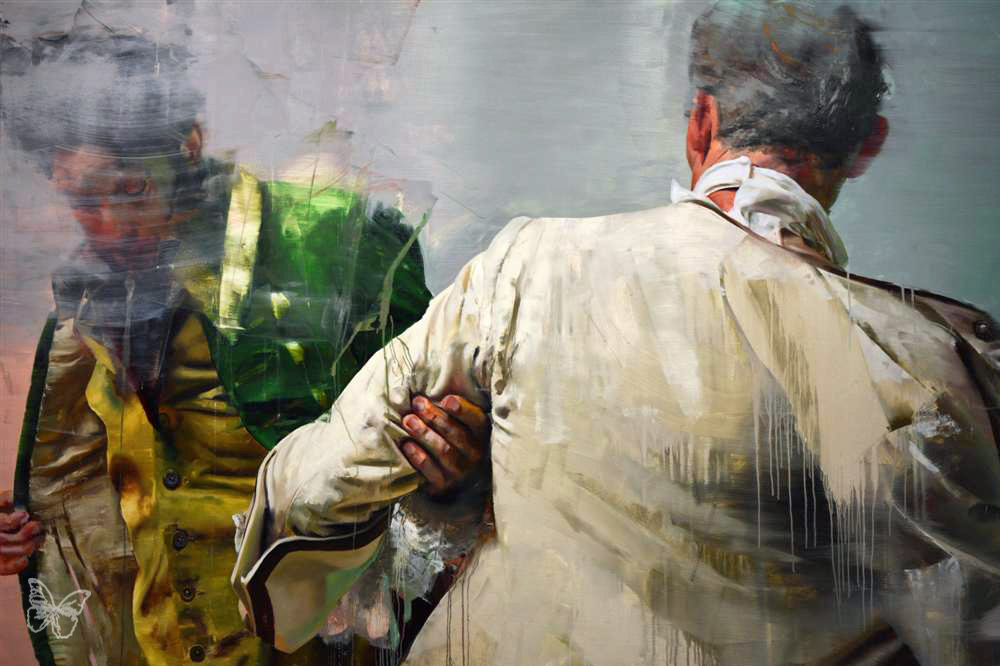 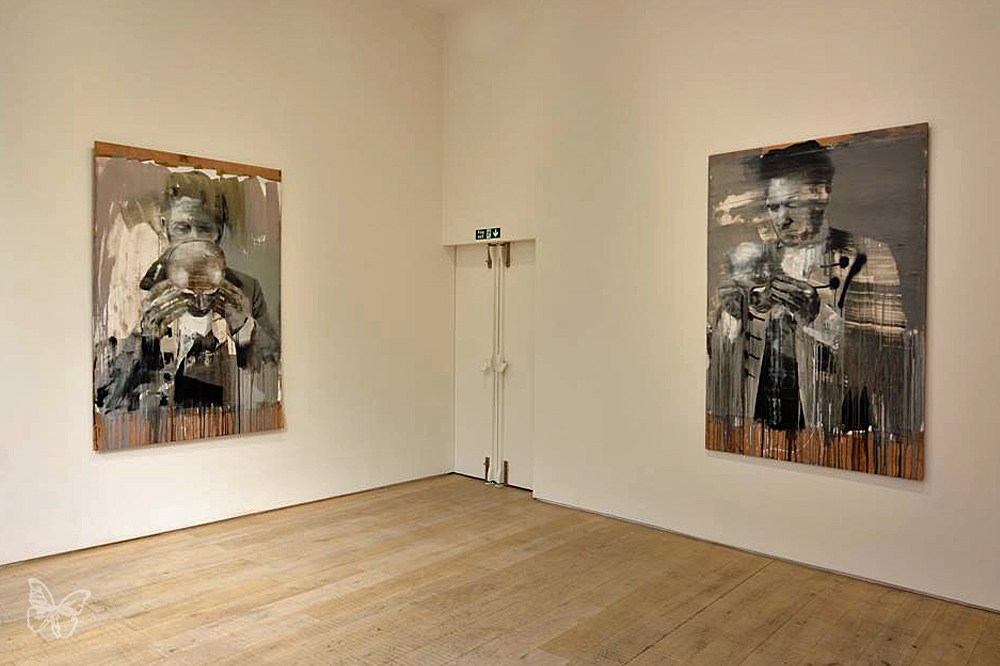 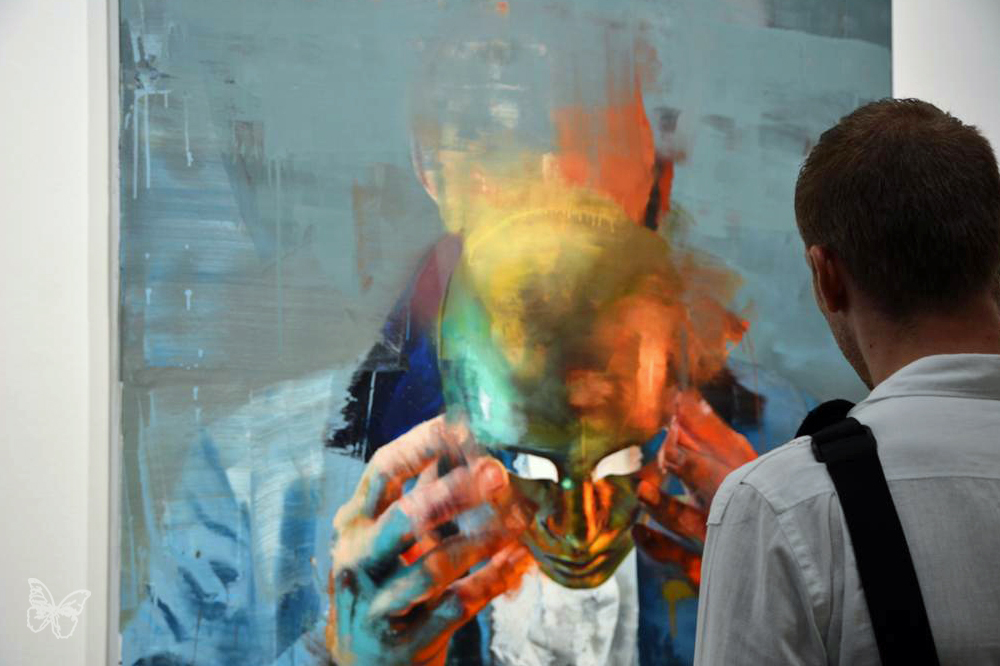 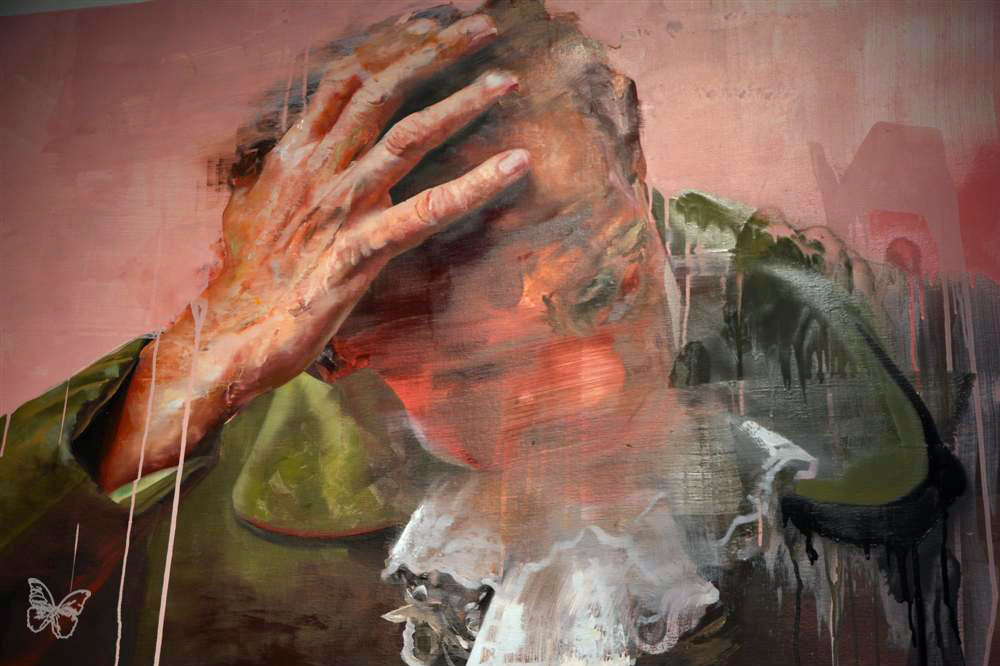 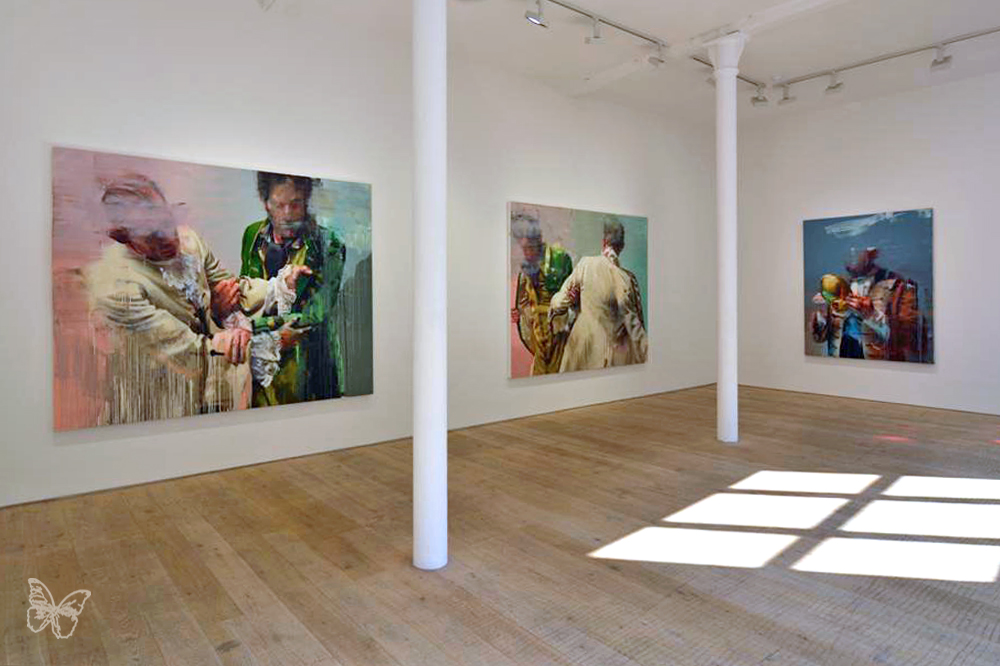 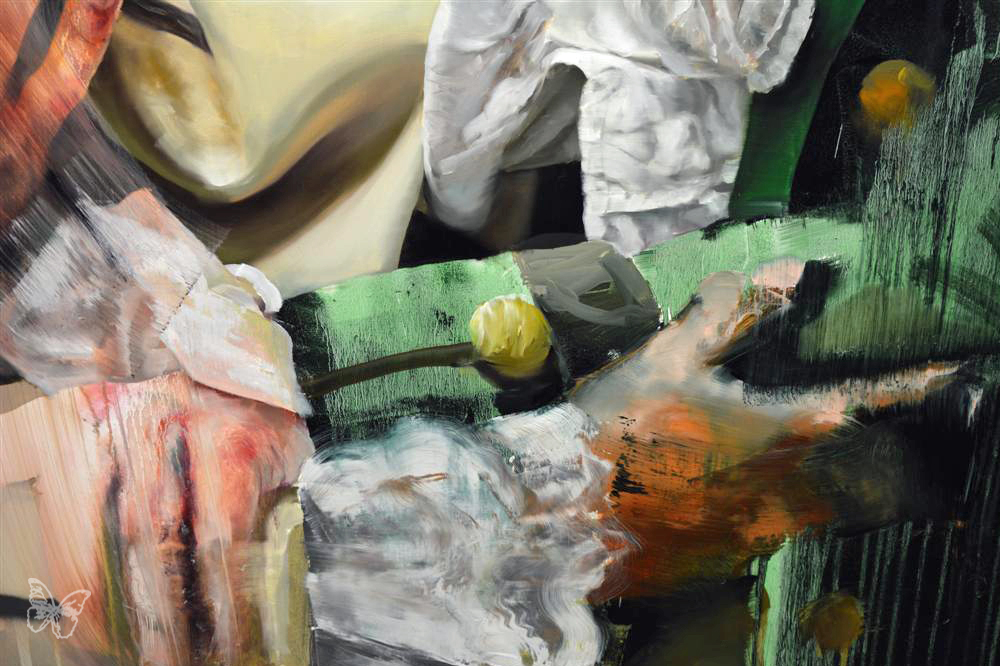