Nike recently unveiled their collaboration with KAWS that kicks off their New York Made campaign. The Brooklyn-based artist designed the graphics for the playing surface for Stanton Street Courts (In Sara D. Roosevelt Park in Manhattan’s Lower East Side), two side by side full basketball courts.

He explains – “I always think about when I was young and the things I had interaction with, whether it was skateboard graphics or magazines, and how art reached me. I’ve been conscious of how my work disseminates and reaches people. It could be a canvas in a museum…or it could be a court, a wall or a t-shirt. I like the idea of public art because it reaches people in a casual way, and when they aren’t necessarily looking for it. My approach to the courts was very similar to how I would work on canvas. I wanted to create something that was true to my language, but also considerate of this being a court that people are playing on. I wanted to find the sweet spot where it works visually and functionally – how its broken up by the game’s lines and works with my images. It will have an intimate effect on the players that use the court.” 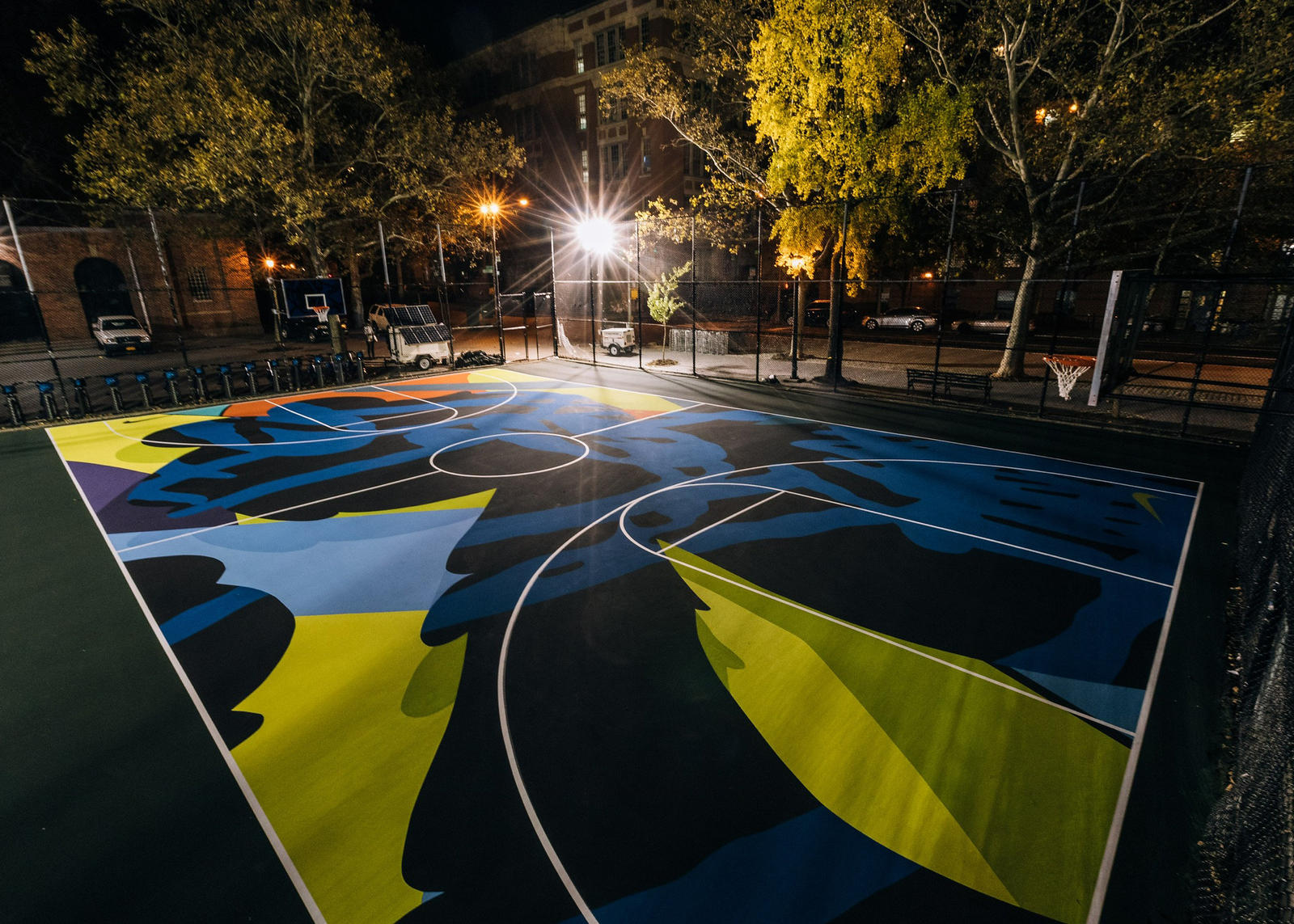 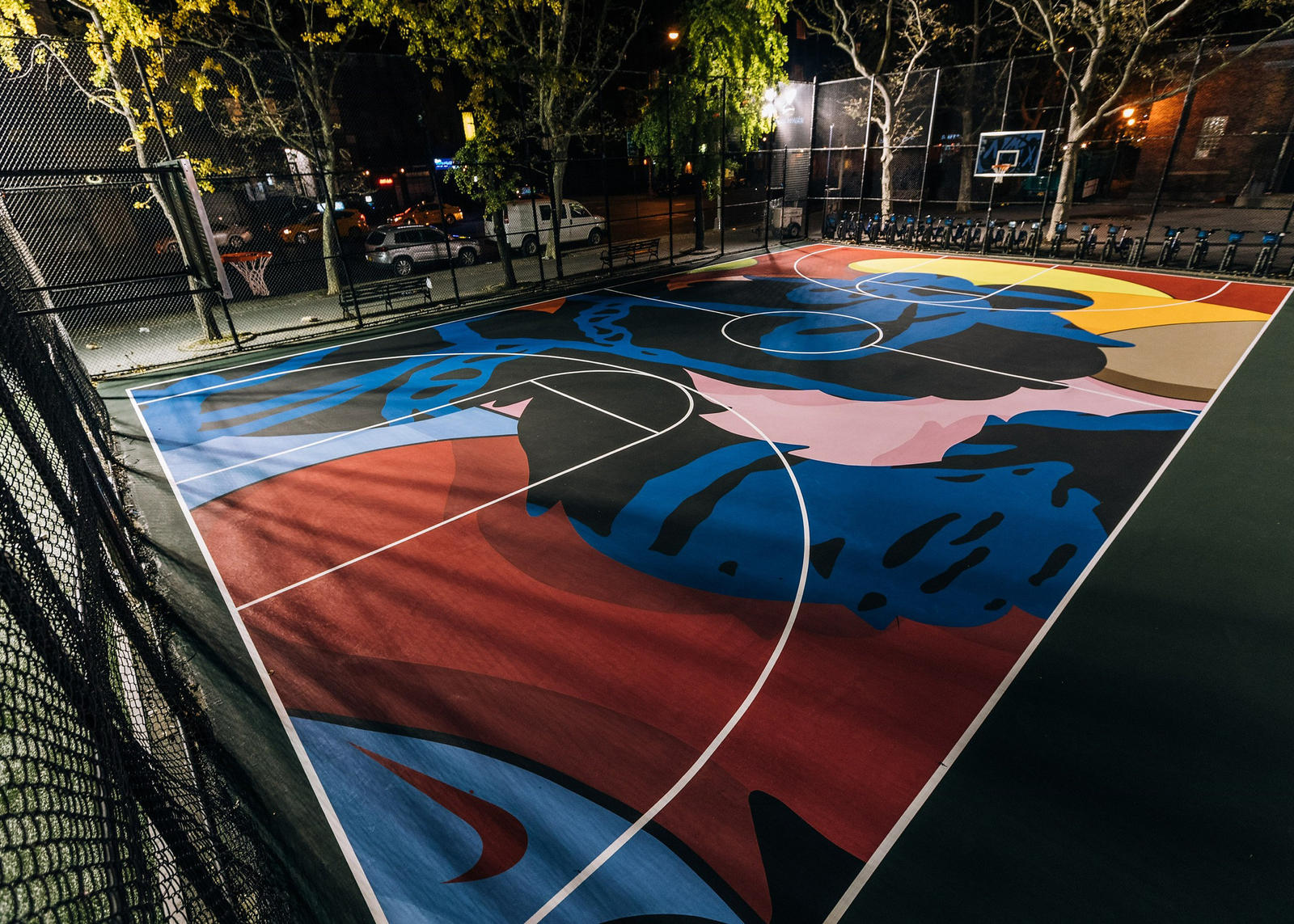 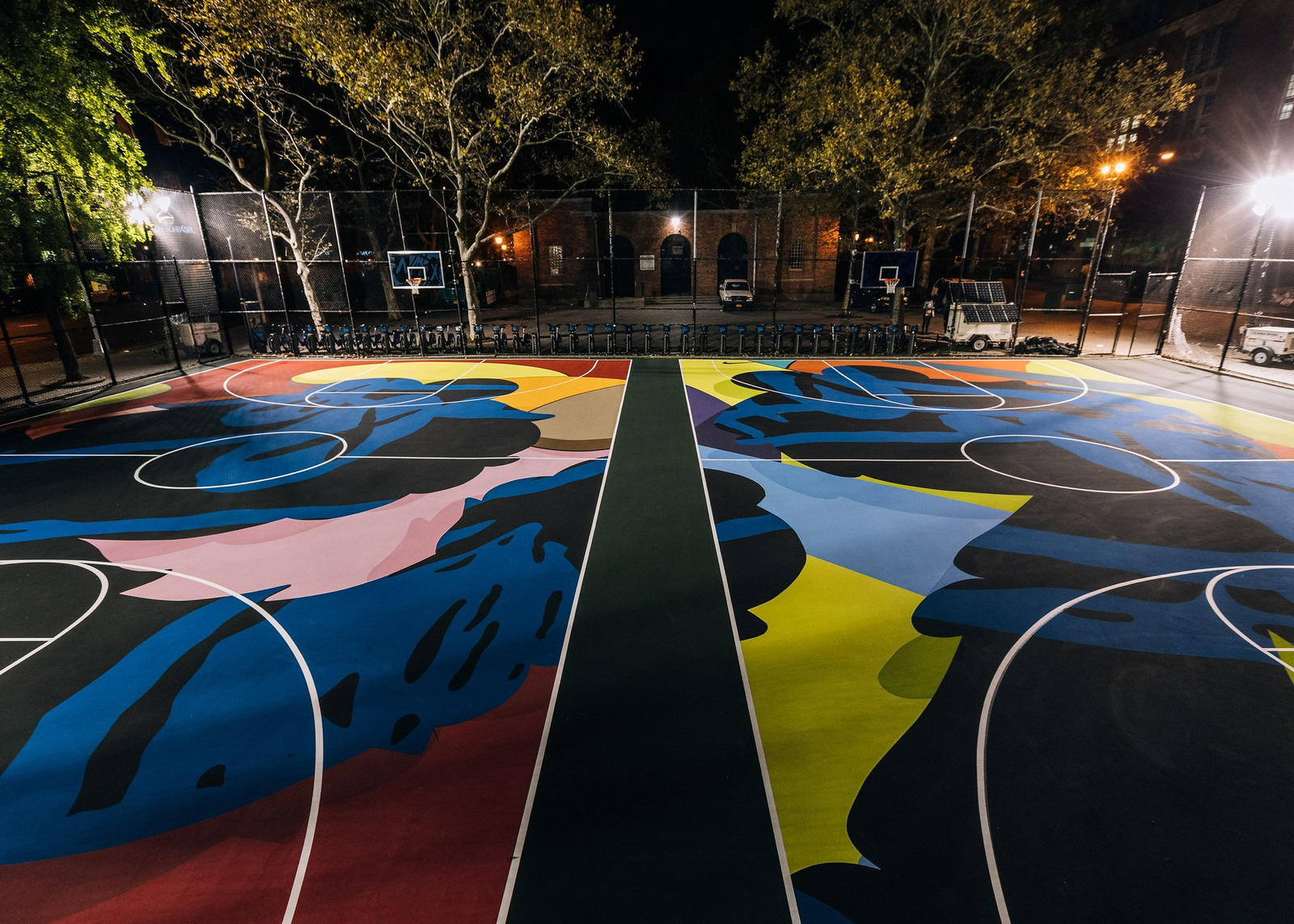 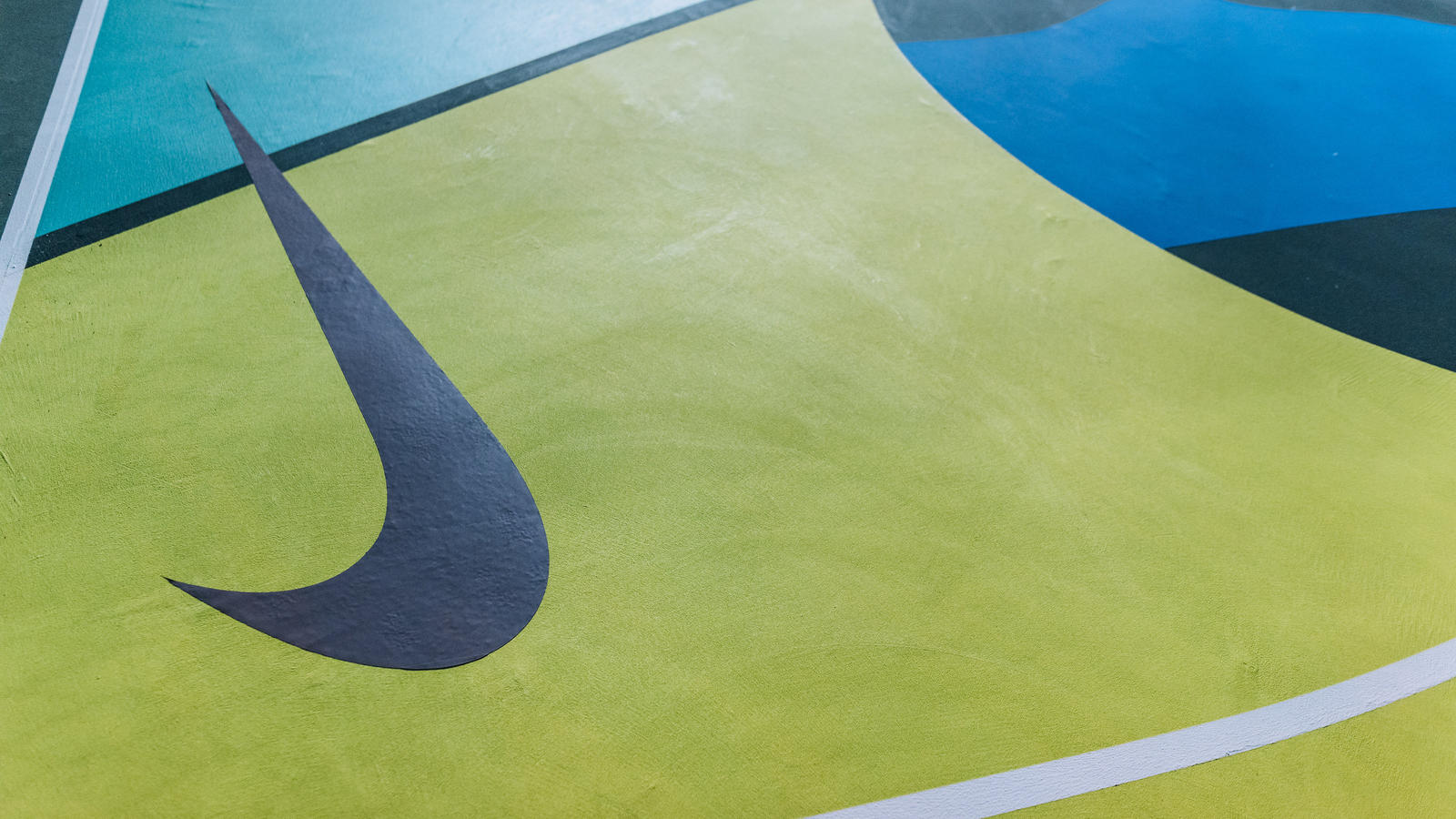 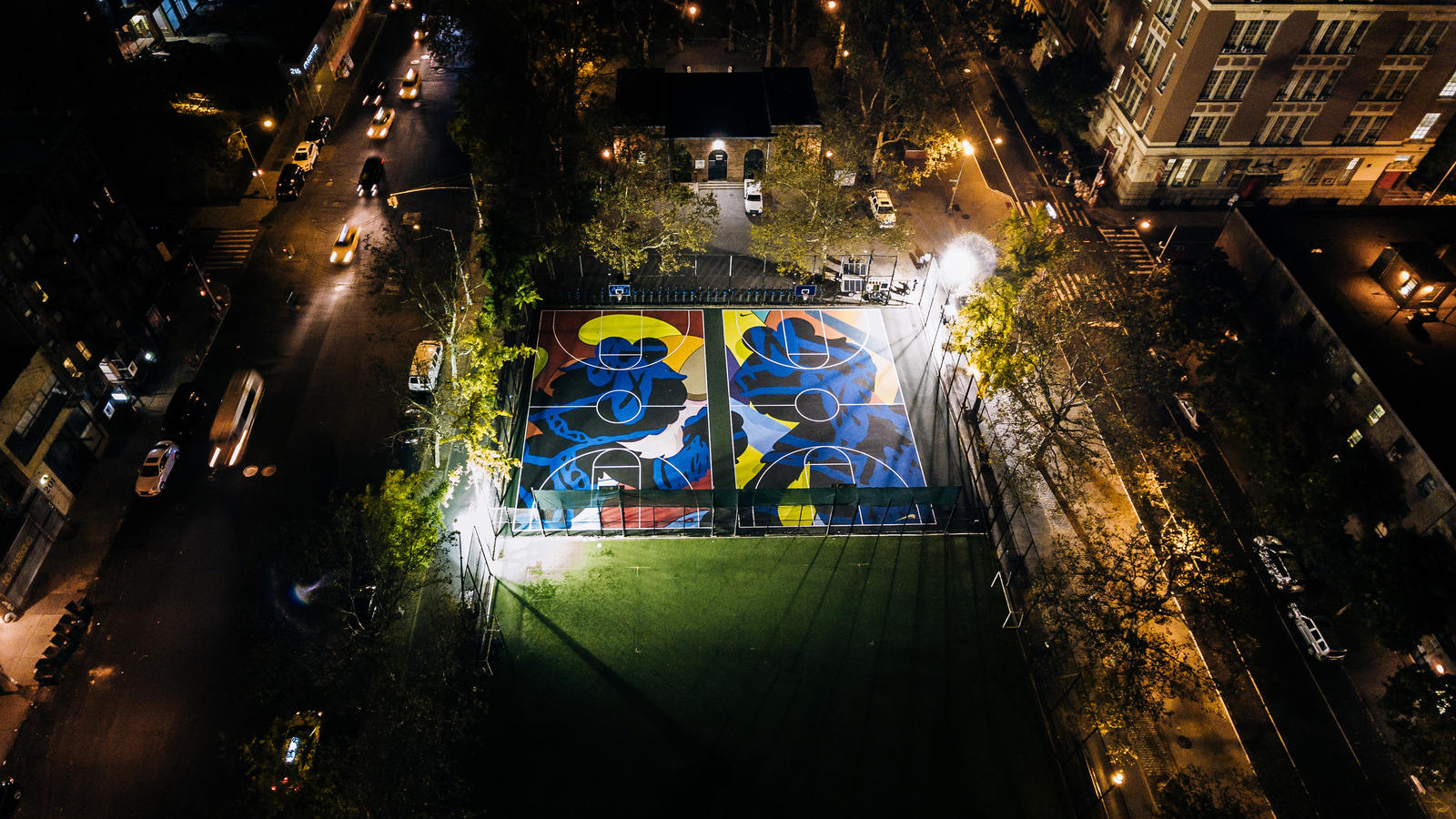 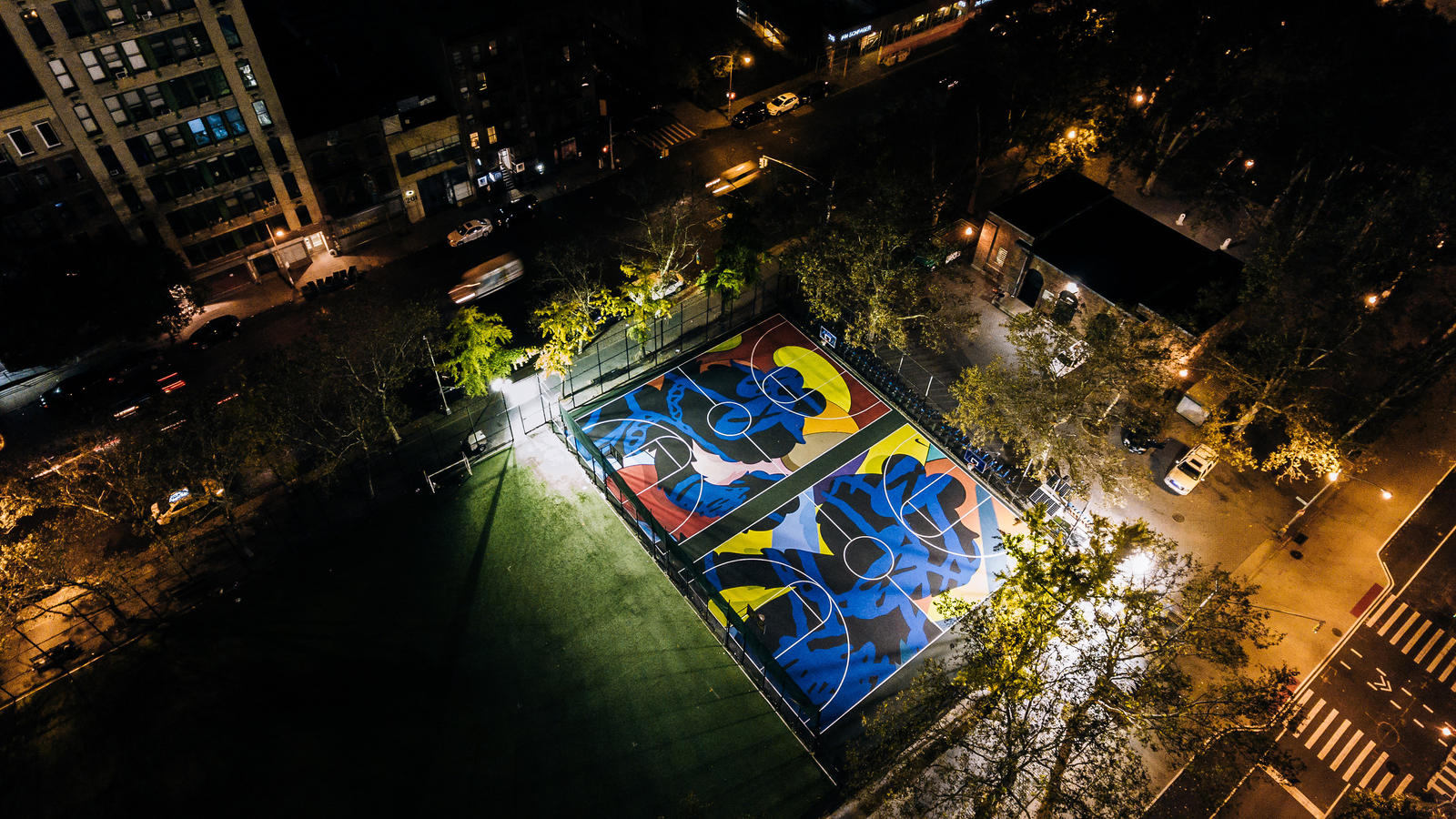