The Konbit Shelter Project has launched a Kickstarter campaign to support their ongoing work with a community in Haiti. Created by a group of engineers, architects and artists, including Swoon (interviewed), who wanted to make an ongoing commitment to work with the local community to help with reconstruction efforts following the devastation wrought by the earthquake which struck the country in 2010, the project takes its name from the Creole term for the traditional form of cooperative labor which is common throughout Haitian agriculture and society. The organization itself takes its cue from these principles and is intended to be a collaborative project which allows a mutual exchange of knowledge and ideas.

The construction has been based in the relatively isolated village of Cormiers which lies two hours to the west of Port-au-Prince.  A community centre was built in 2011 and this has been followed by two family homes, one of which was successfully funded through a crowdfunding campaign back in 2012. The new Kickstarter is seeking to fund the building of a home for the family of Louisana Pierre Louis who have been chosen by the local community. Konbit Shelter has always sought to utilize local materials and to follow techniques which are more resistant to the kinds of natural disaster which the country has had to periodically endure. Previously this has involved using the domed Super-Adobe style of architecture and on this new project it will involve the use of bamboo. Swoon explains – “Bamboo is fast a growing extremely resilient plant. It’s strongest species are as strong as mild steel. The farmers in the area have started to look to the crop to help them stop erosion in the hillsides, and we realized that this would be a great opportunity to share with them some of the growing body of global knowledge about bamboo as a modern building material.”

A prototype was built in the Lower East Side last year and, if the fundraising is a success, this technique will be used early next year. The community’s need for continuing support has been underlined by the extensive flooding which followed in the wake Hurricane Matthew last month.

The Kickstarter rewards includes a new 13 color screen print (seen above) by Swoon which depicts Edline, a young girl who lives in the village. She is shown holding a sun character from a shadow puppet show which the New York-based artist organised with the local children on a previous trip to Haiti. Other rewards include wooden combs, stone carvings and embroidery which have been designed by Swoon and produced in collaboration with local artists and artisans. The full details can be found here.

Swoon further states – “This home is going to involve many players and collaborators, from the artists and craftspeople who are making the gifts, and who’s skills will be needed for the details of the house, to the teachers and students who will be learning from each step of the process, to the local builders who will become part of the construction, to our architecture and engineering team, and not least of all Louisana herself. This project brings together everything we know about using creativity to tackle challenges.” 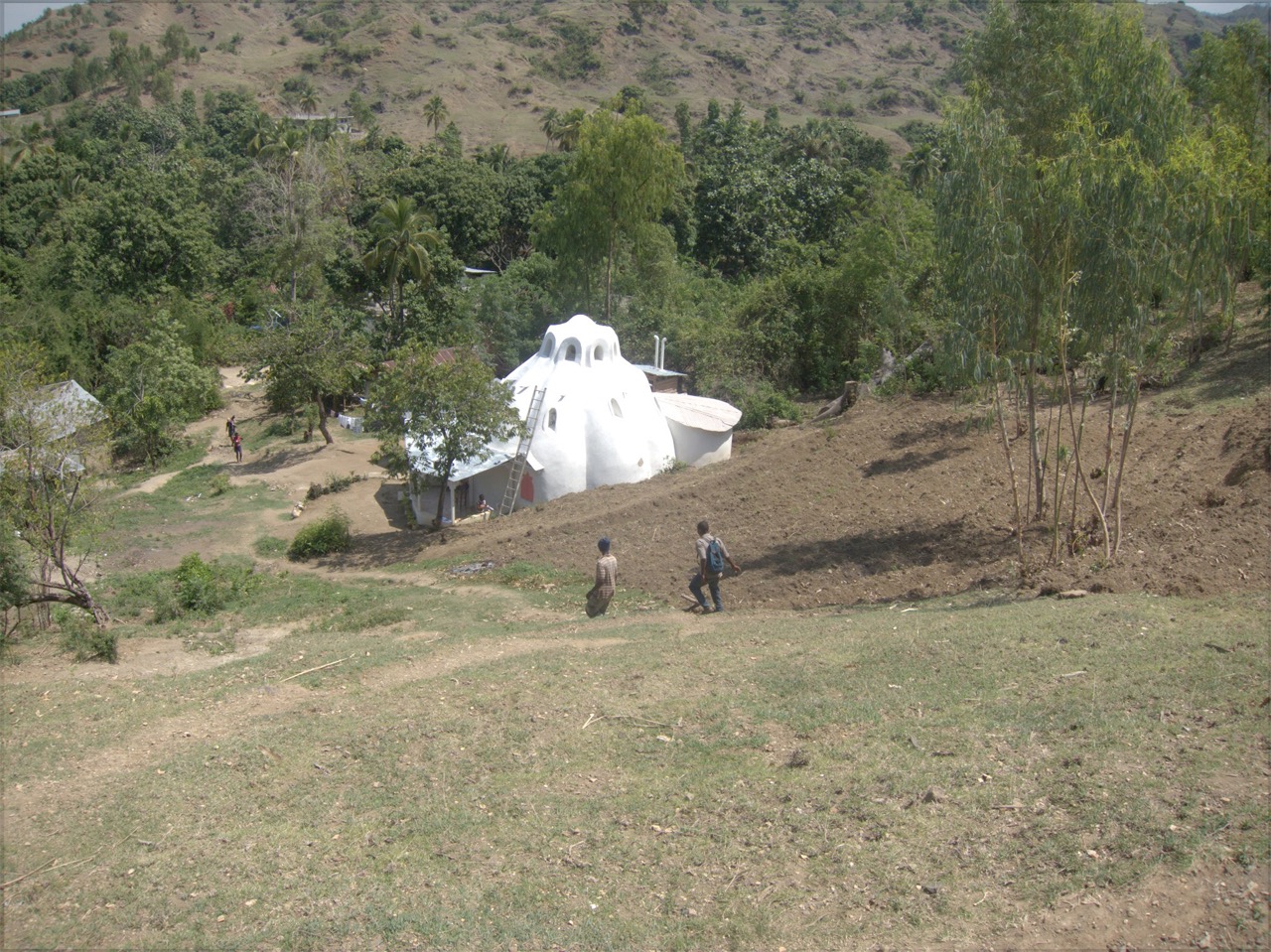 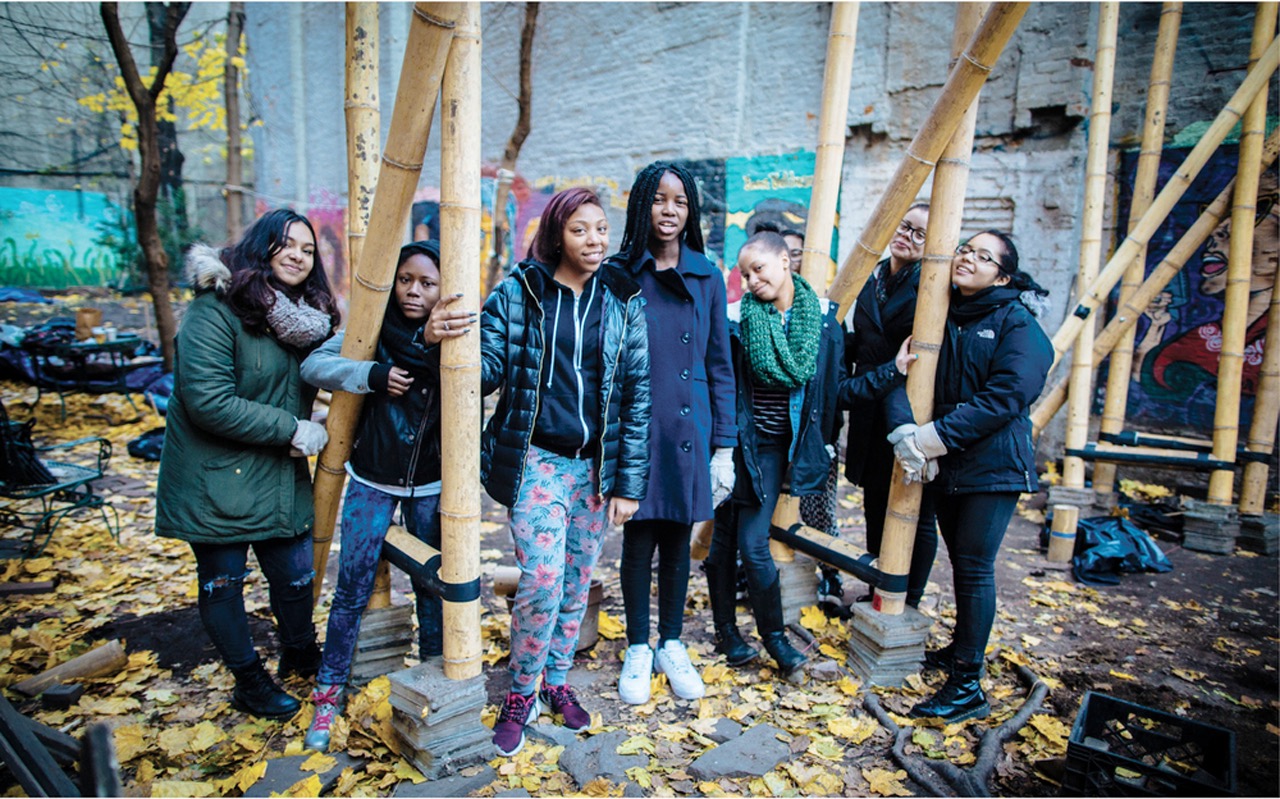 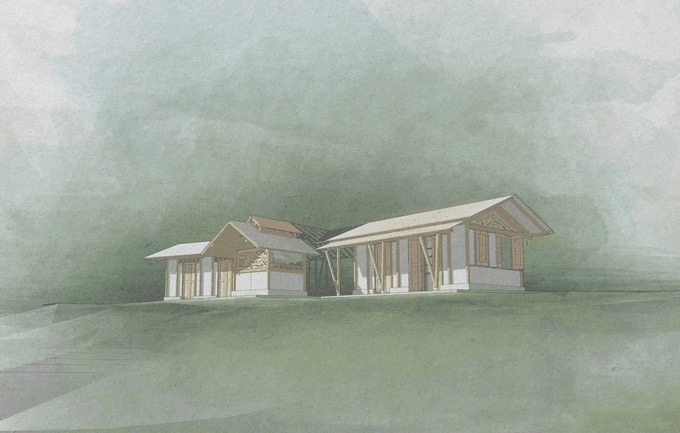 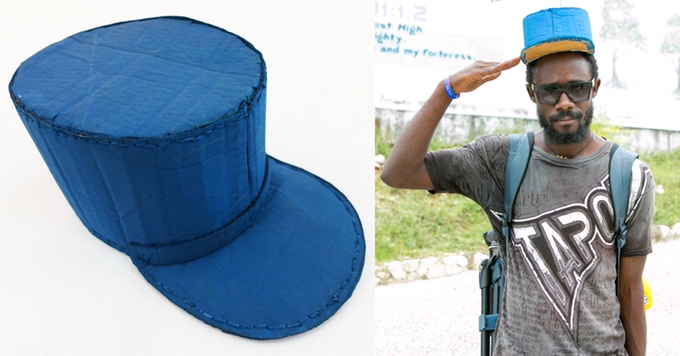 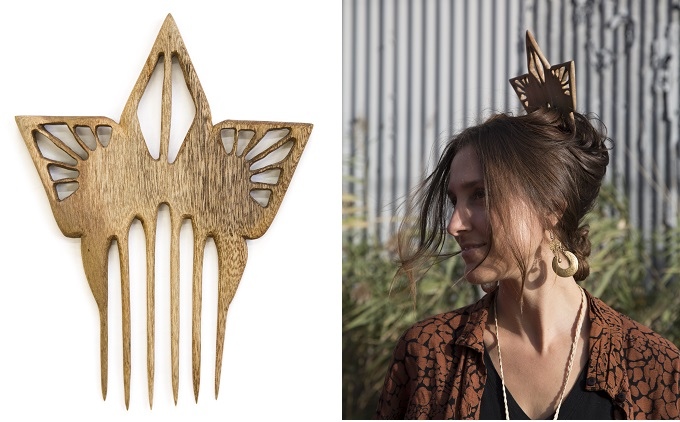 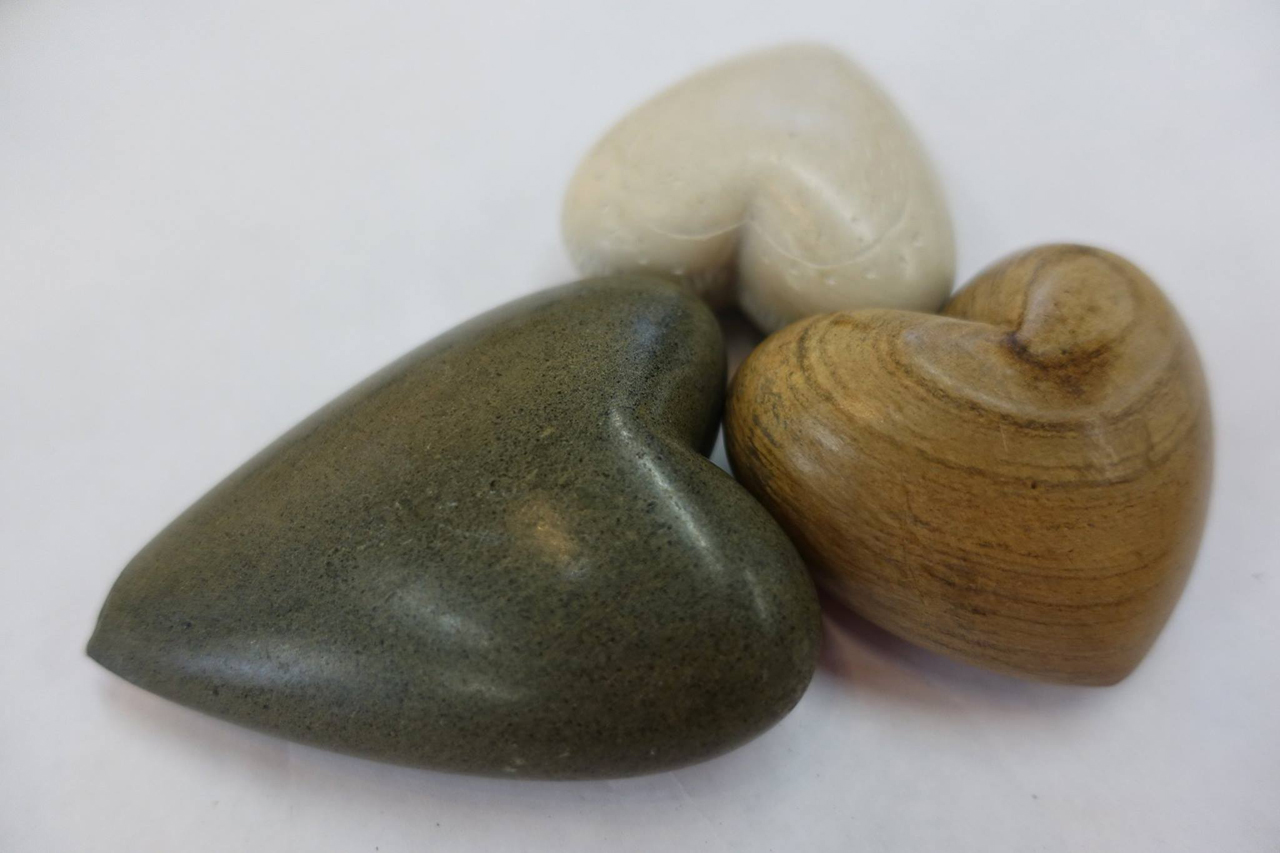 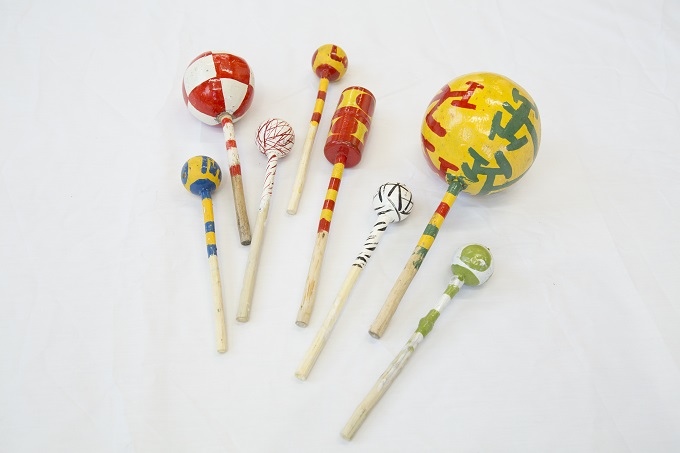 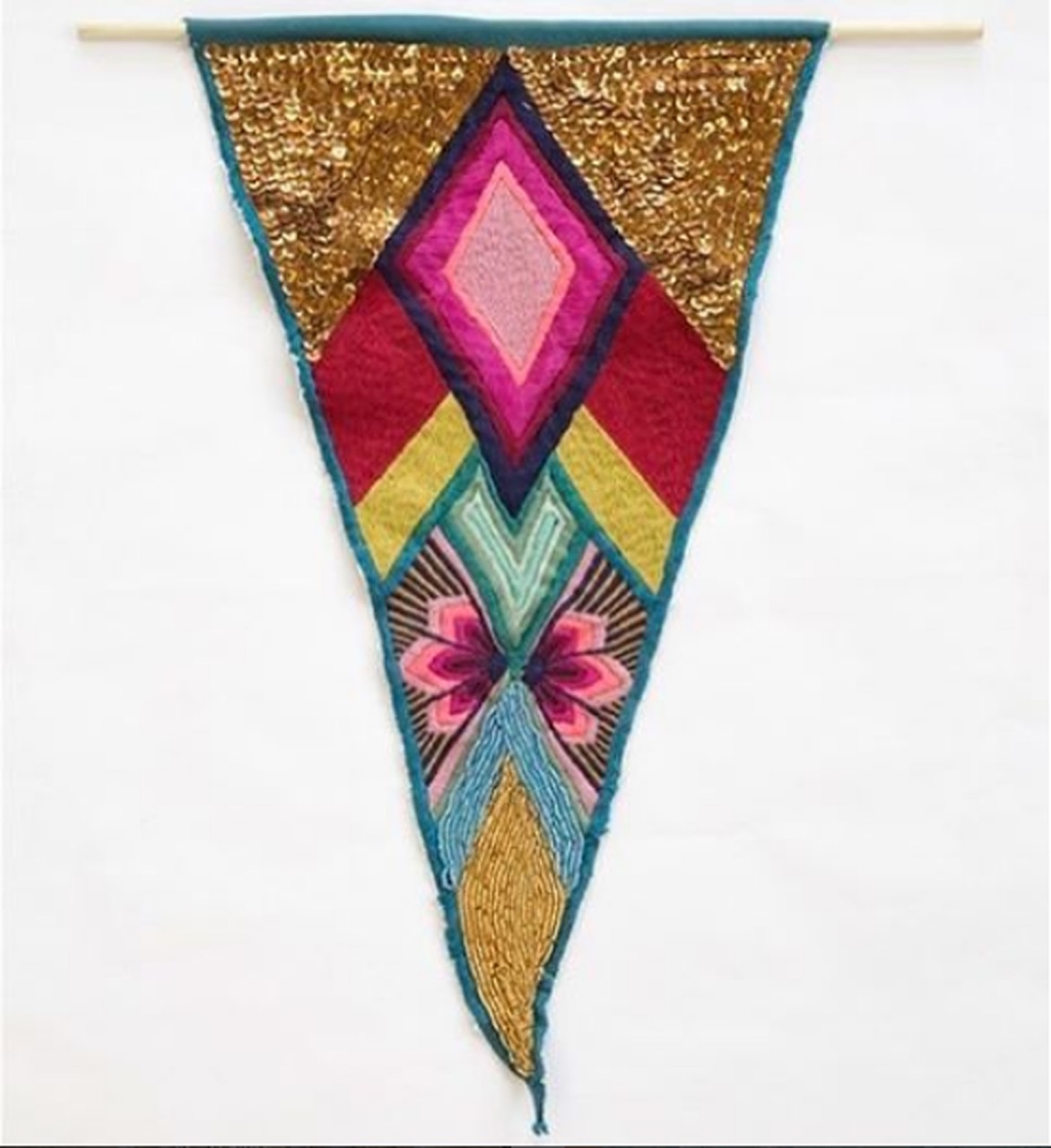