Back in the Dutch capital for his second solo exhibition with the gallery, Marcus Harvey officially opened Shipbuilding on November 26th at Alex Daniels – Reflex Amsterdam. After showing a separate series of glass paintings a few years ago, he is back to continue his ongoing work that observes on the social, economical and political situation around him.

The new body of work consists of large oil canvases, several smaller pieces painted on newspaper as well as his impressive sculptural work in bronze and plaster-like resin. Focused around representing the idea of Britishness and everything it stands for, or it used to stand for, the work is especially relevant in the year of Brexit and other major political changes. His work is created of everything good and bad that is even remotely connected to Great Britain. From warm tropical sunsets in former colonies, to a melting pot of politic, historic and everyday icons stacked in his sculptures, Harvey highlights a set of clichéd national motifs that never seem to lose their appeal. Bringing together the best and the worst from history and the present, the pieces include everything from Hitler’s portrait as a symbol of Britan’s highest moment as the winner of WWII, to nude exotic woman likely representing the exploitation of colonized parts of the world. Almost exclusively monochromatic and large in size, the canvases are all based on the idea of a monolith as a monumental structure or form, just reshaped into large ships, again symbols of Britain’s exploration and exploitation of the world. 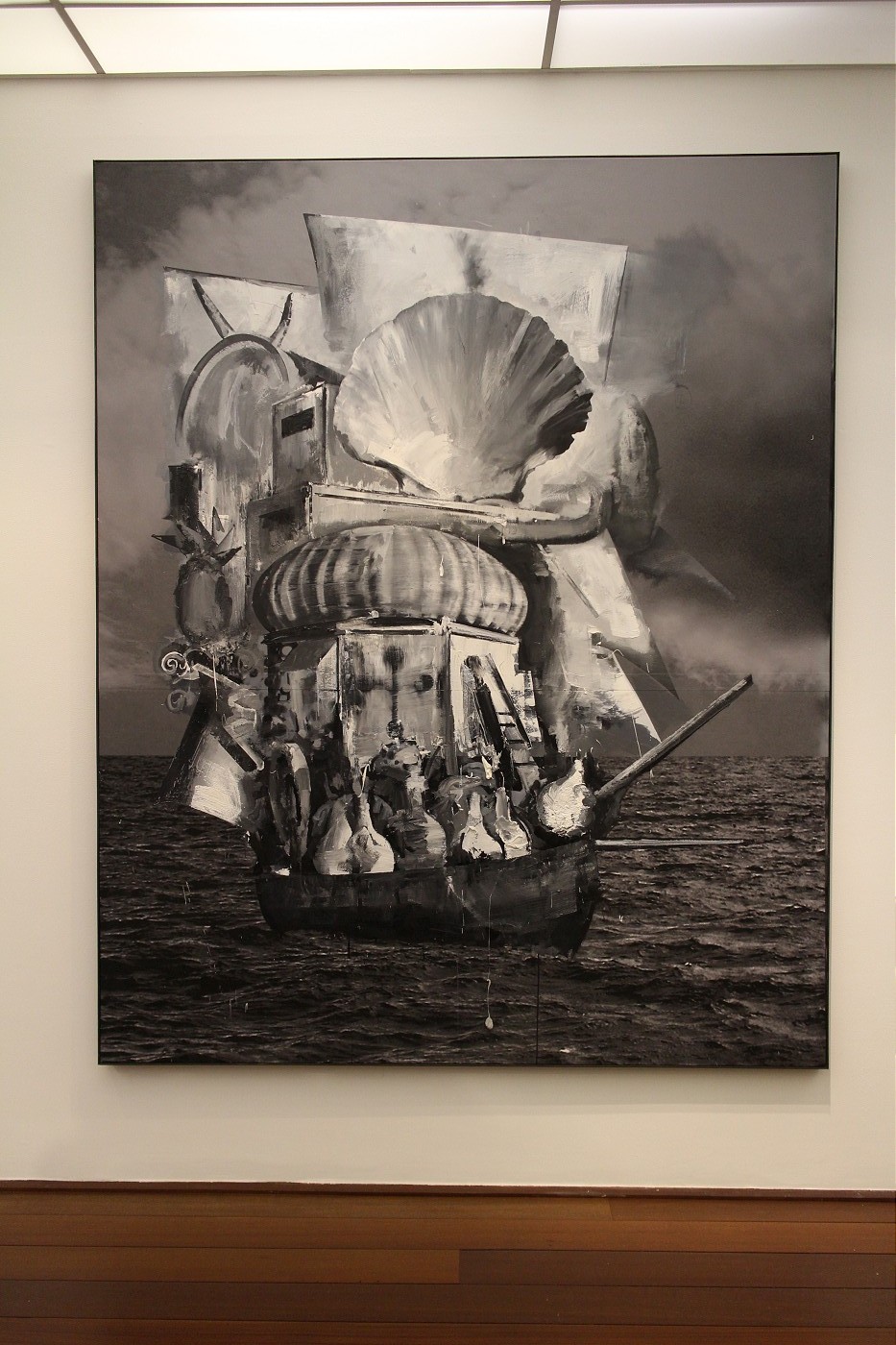 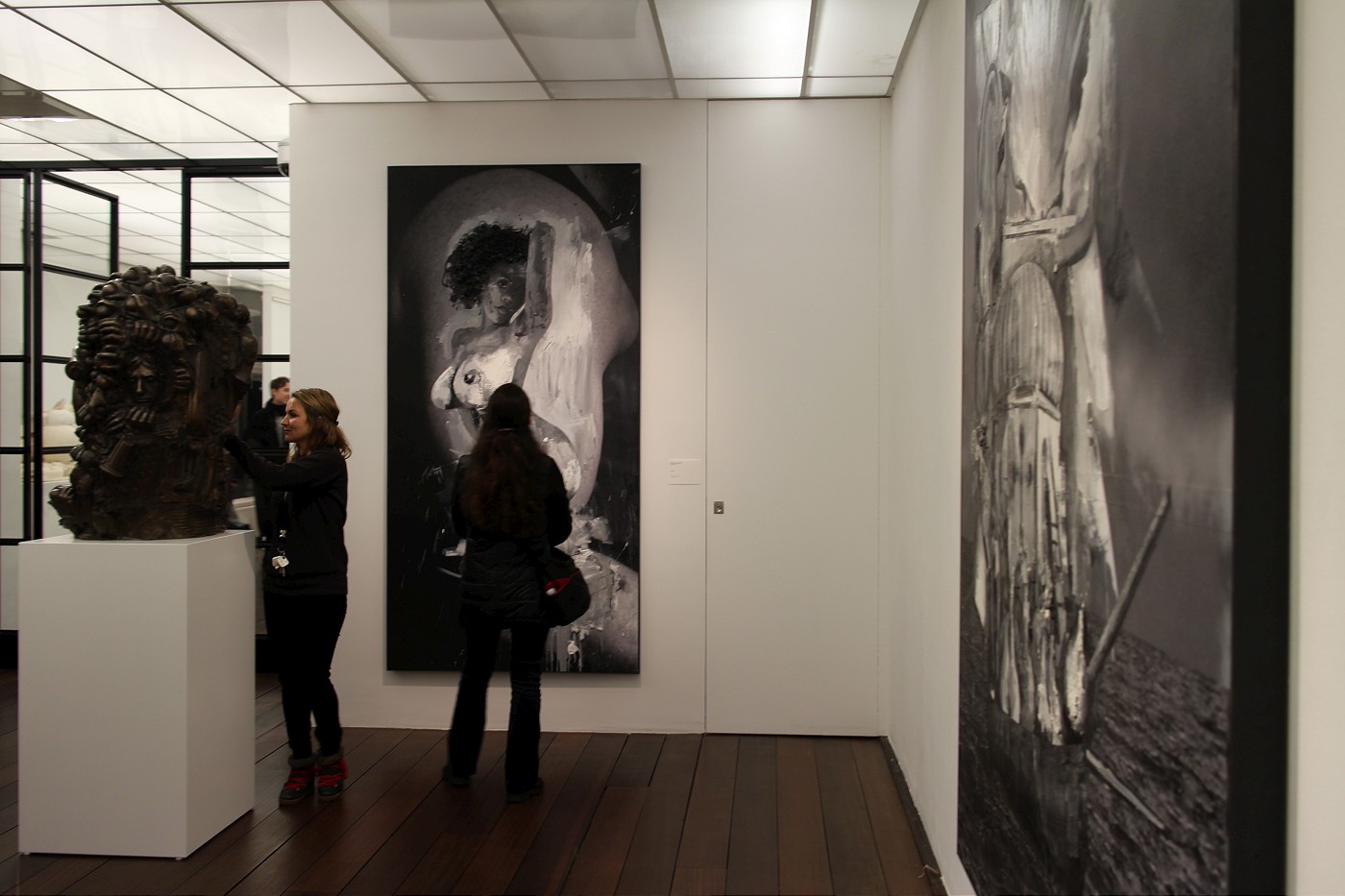 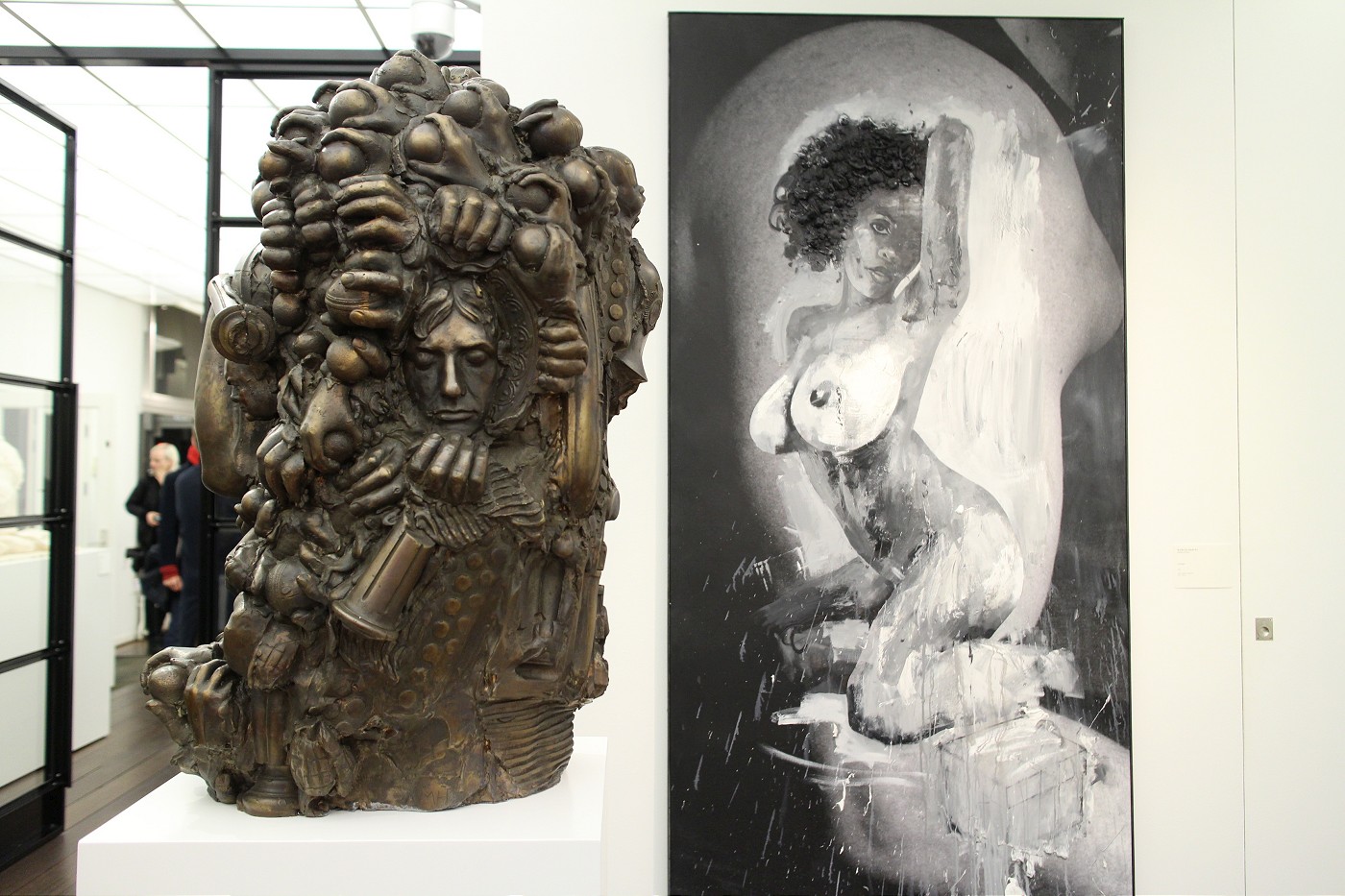 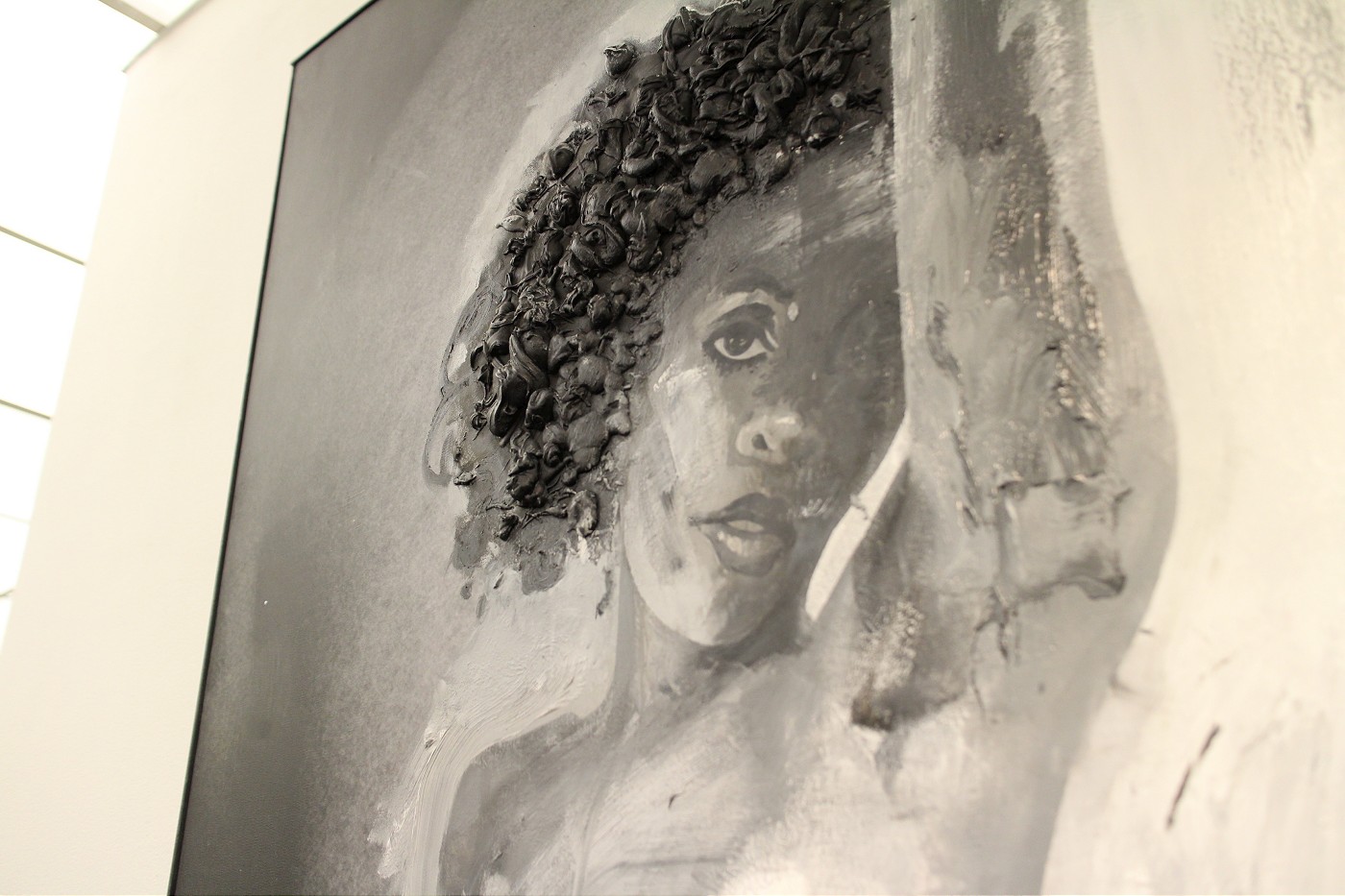 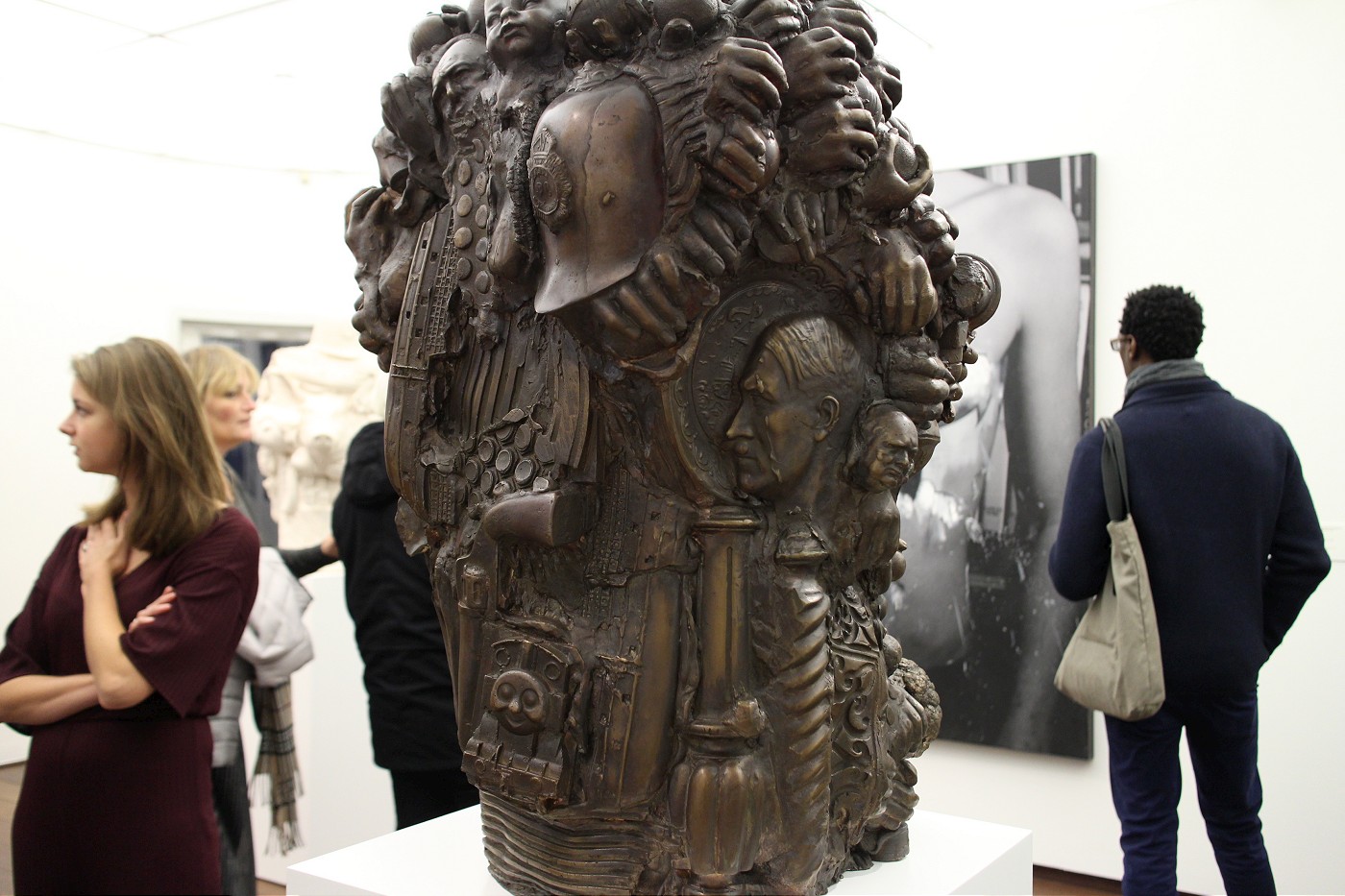 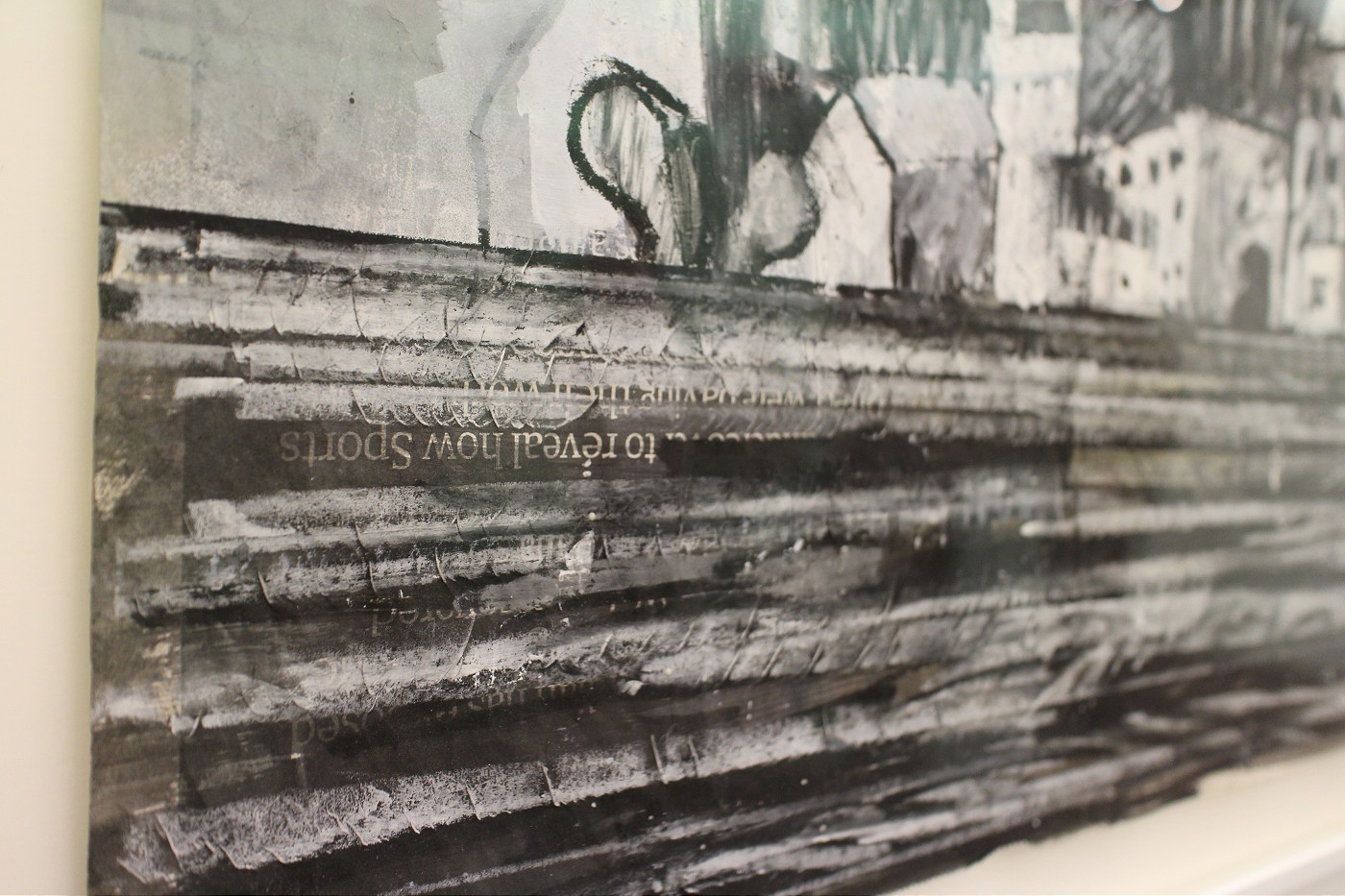 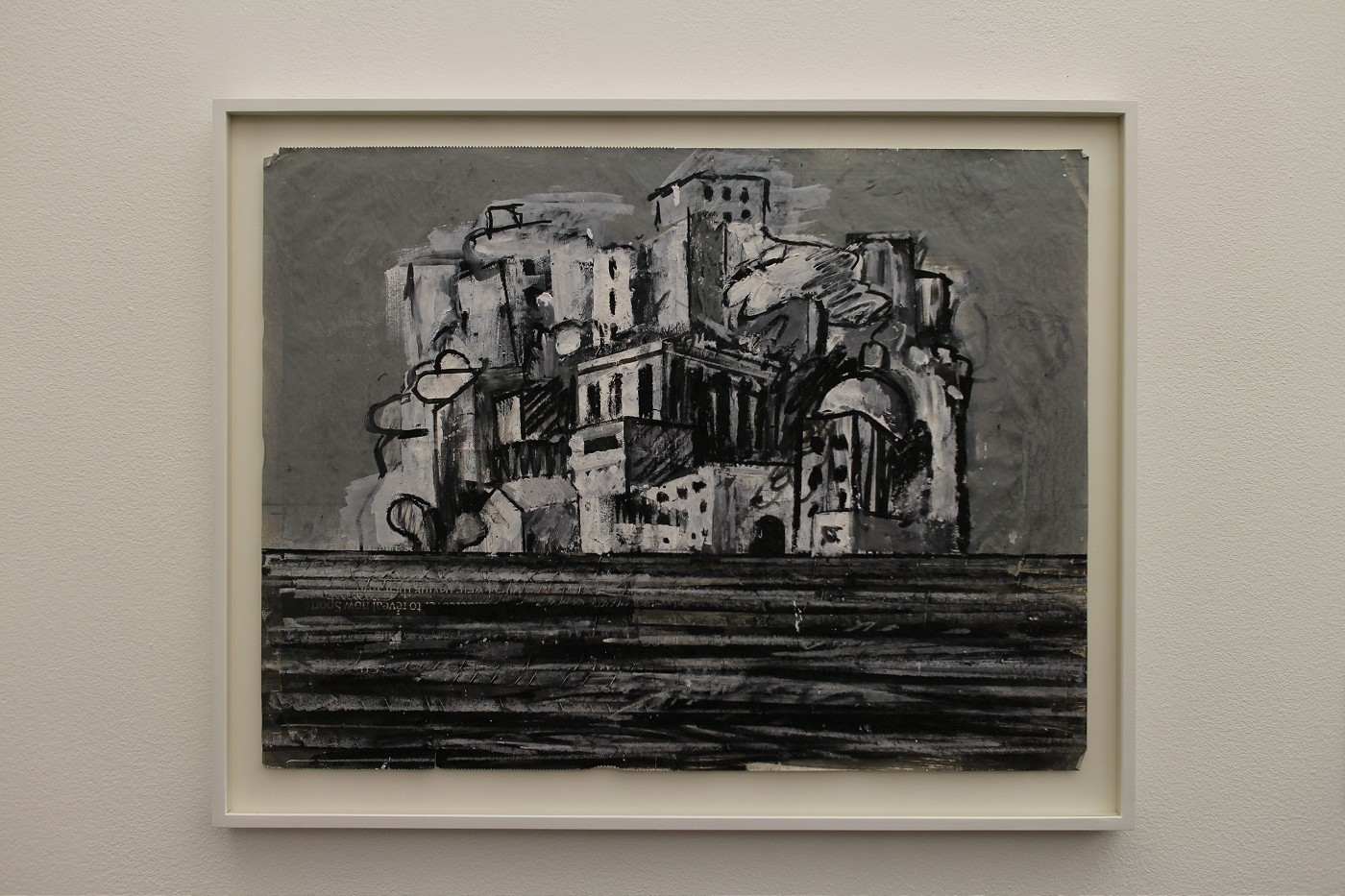 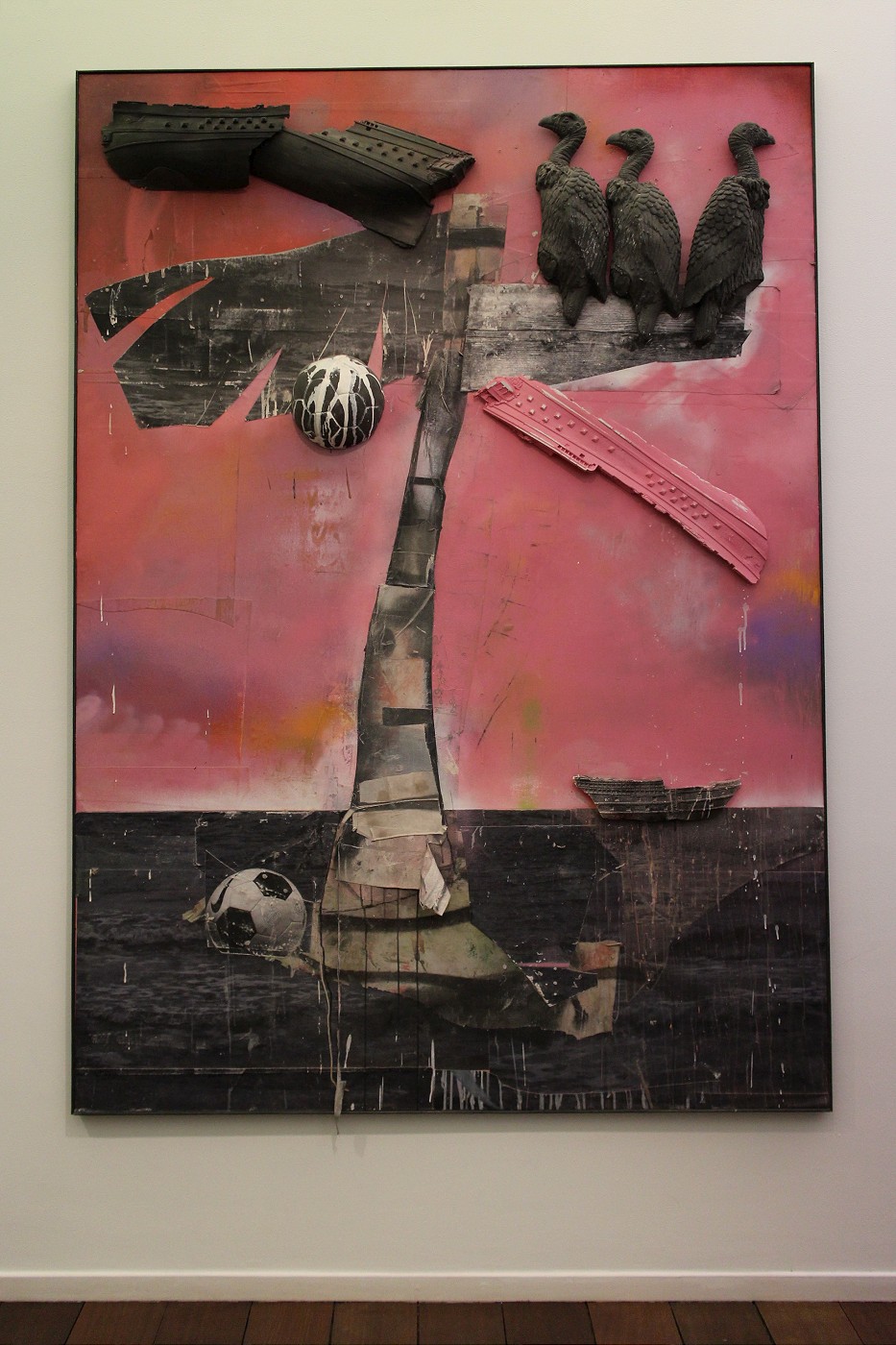