As the last show in their old space on Broome Street in NY, Castor Gallery opened Come Fly With Me last week, a exhibition from Pryce Lee (featured). After including his works in their previous group showing, this is his first solo show with the gallery and second NY solo since his 2014 debut with Anonymous Gallery (covered).

For this show, the London-based artist created a series of 14 matching new pieces that work both as a large installation and as individual pieces. Keeping the signature concept of objects crashing into a glass surface, the new body of work from Lee is based on paper planes crashing into mirrors. Taking the airliner shoot-down incident as the primary inspiration for this showing, these visually effective sculptural pieces actually carry a much deeper, darker message commenting on randomness and fragility of life. This got more obvious as visitors filled up the space and saw their shattered reflections hanging on the walls of the gallery. The basement section had only one piece on display painted on a military tent and depicting fractured cartoon characters Tom and Jerry. Representing the surreal surroundings of battlefield from the eyes of a solider, the piece is a reminder of the trauma that soldiers experience in combat and what they are left with when reentering society. 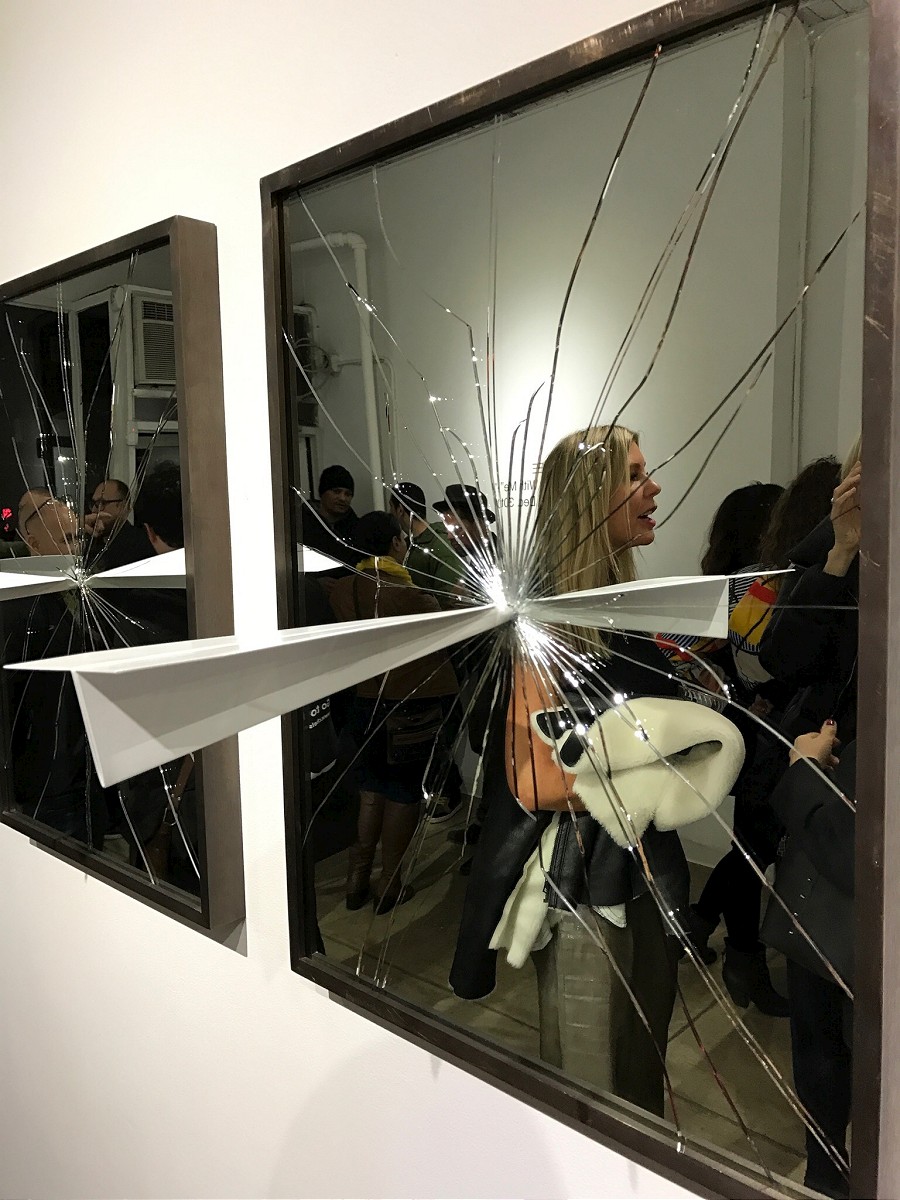 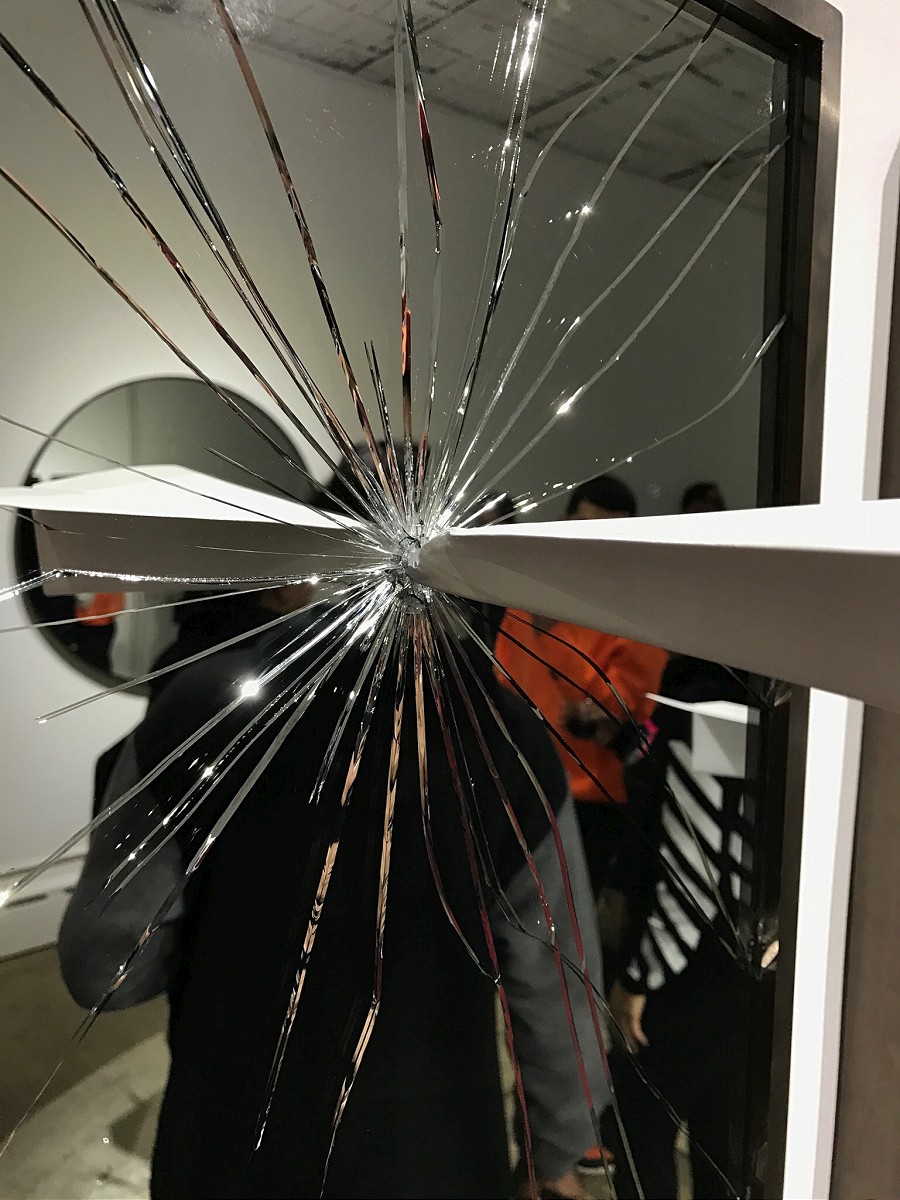 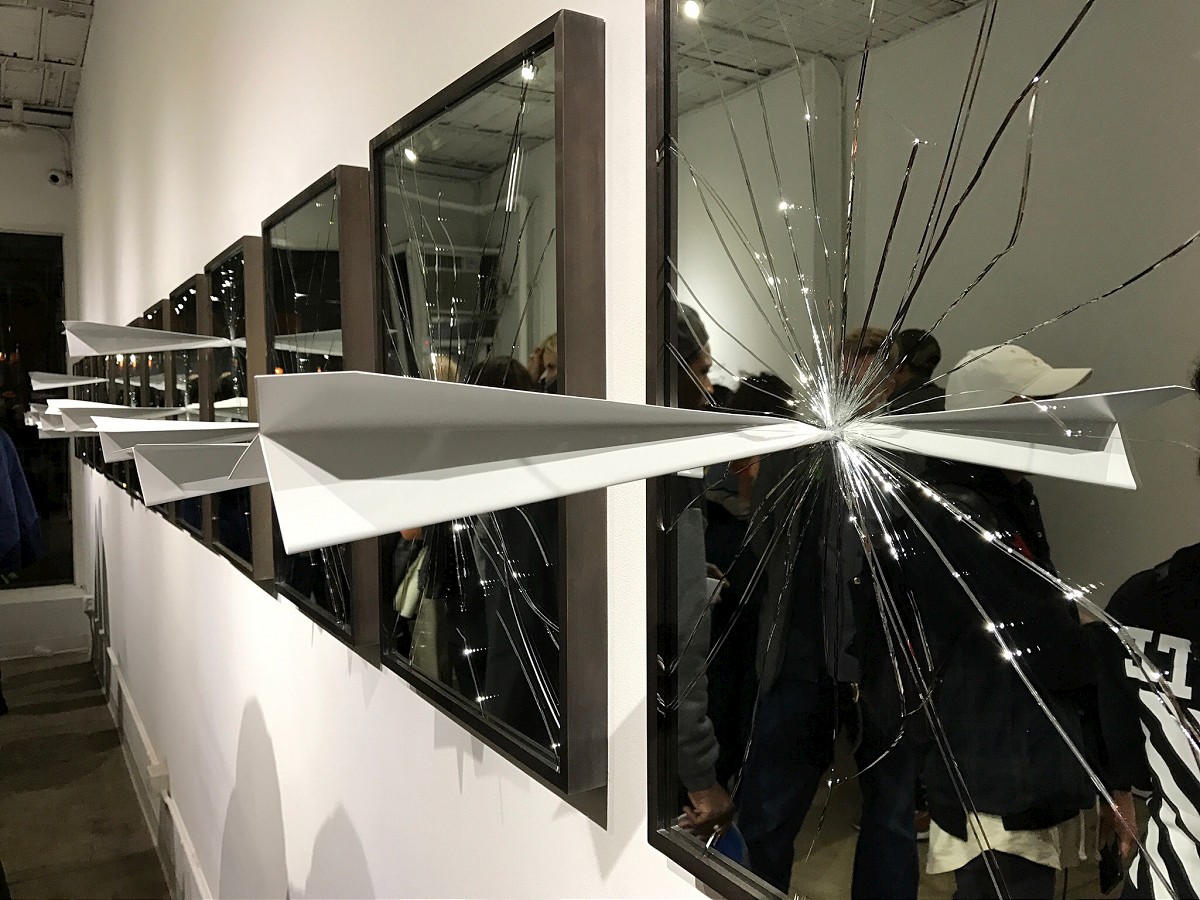 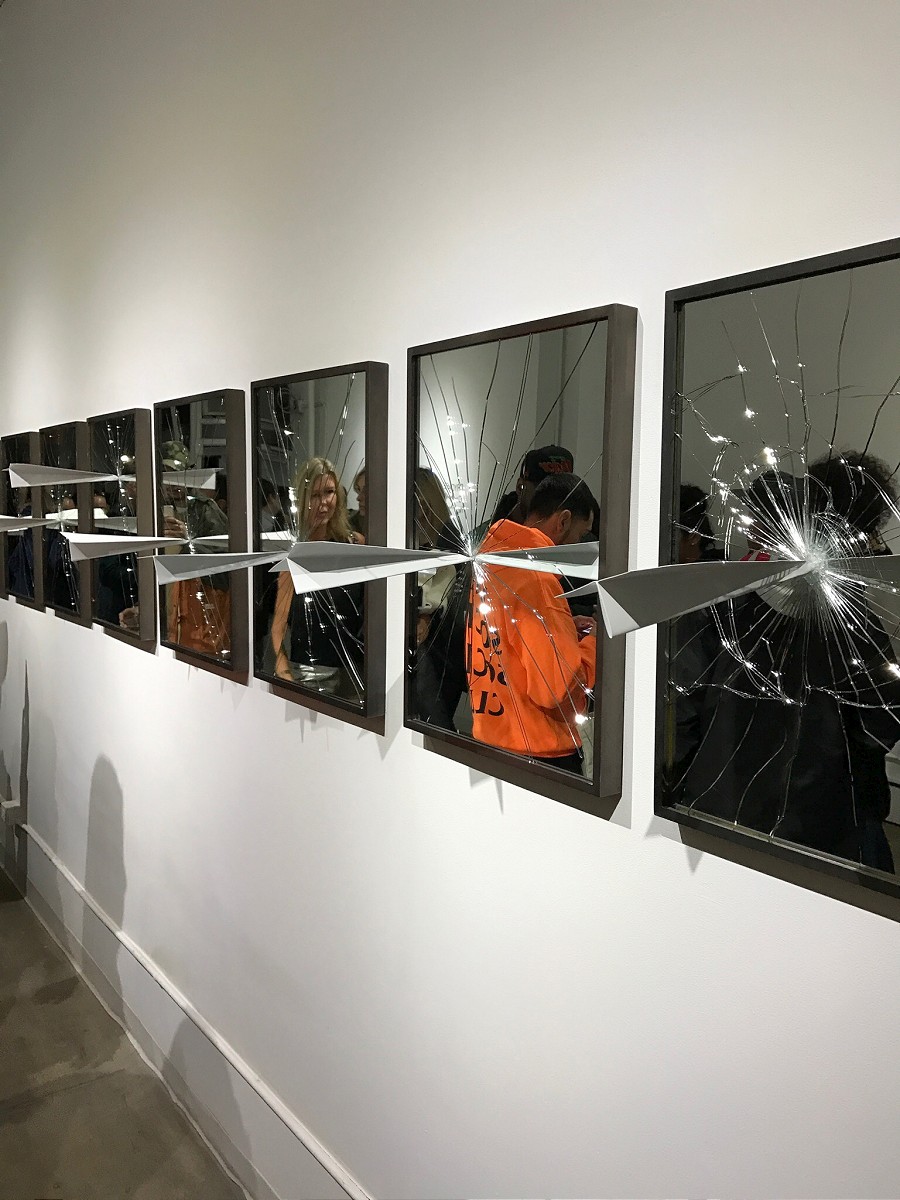 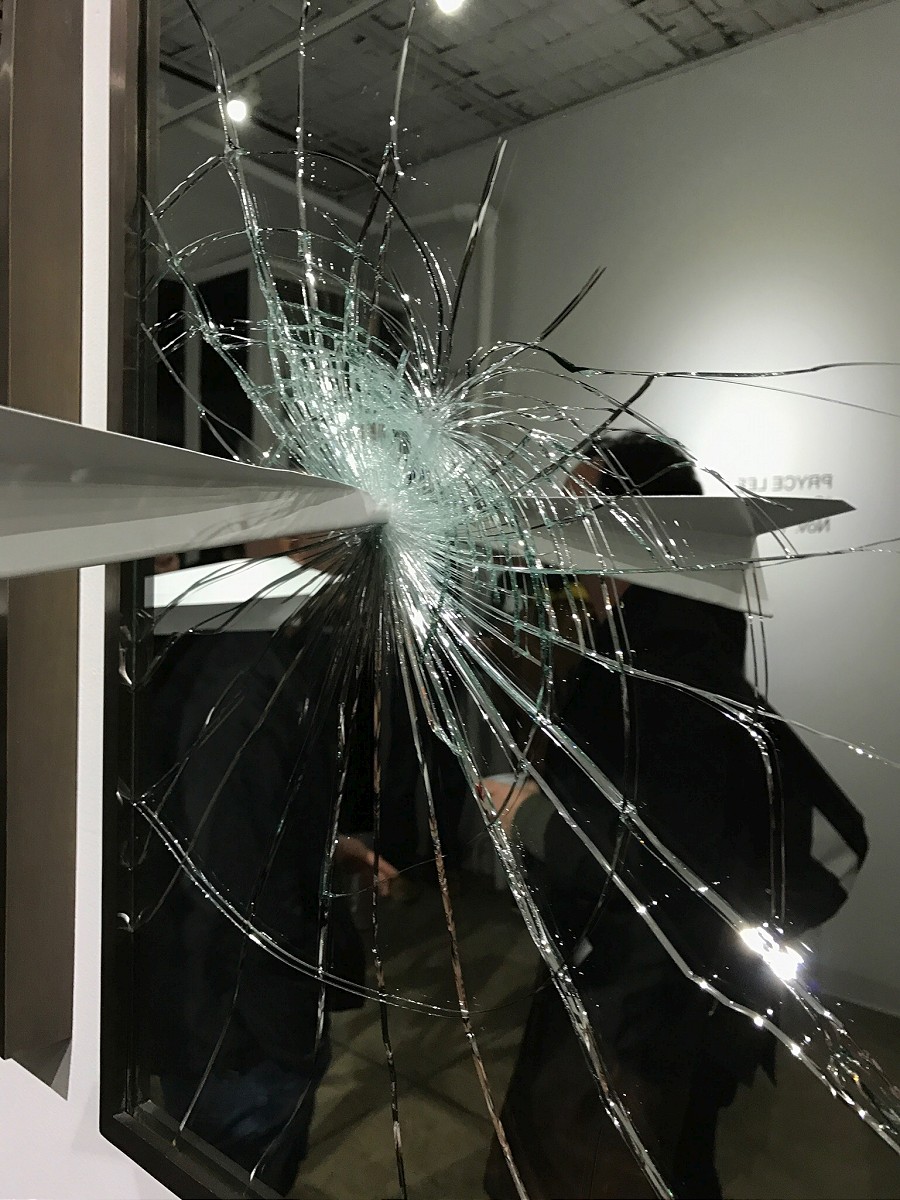 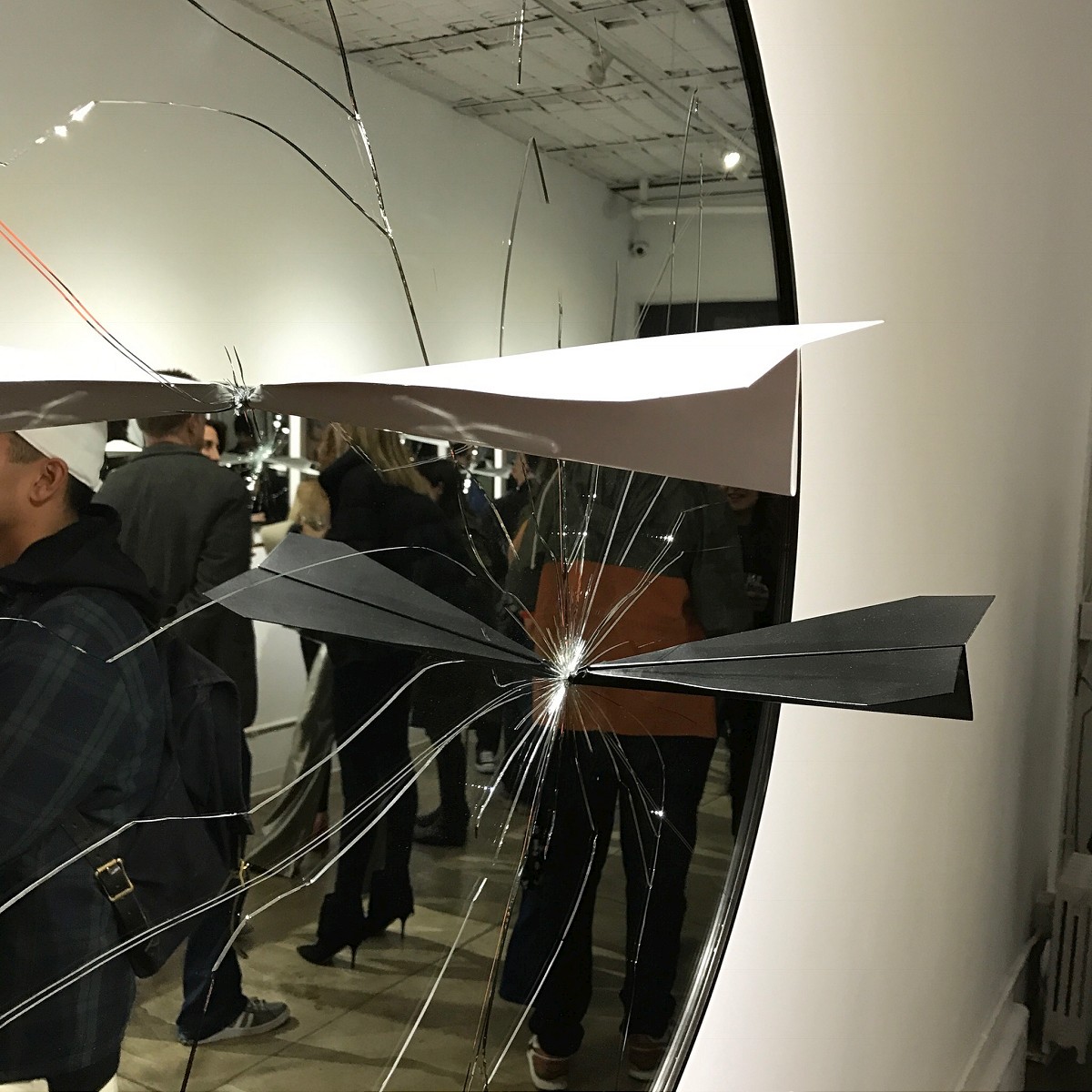 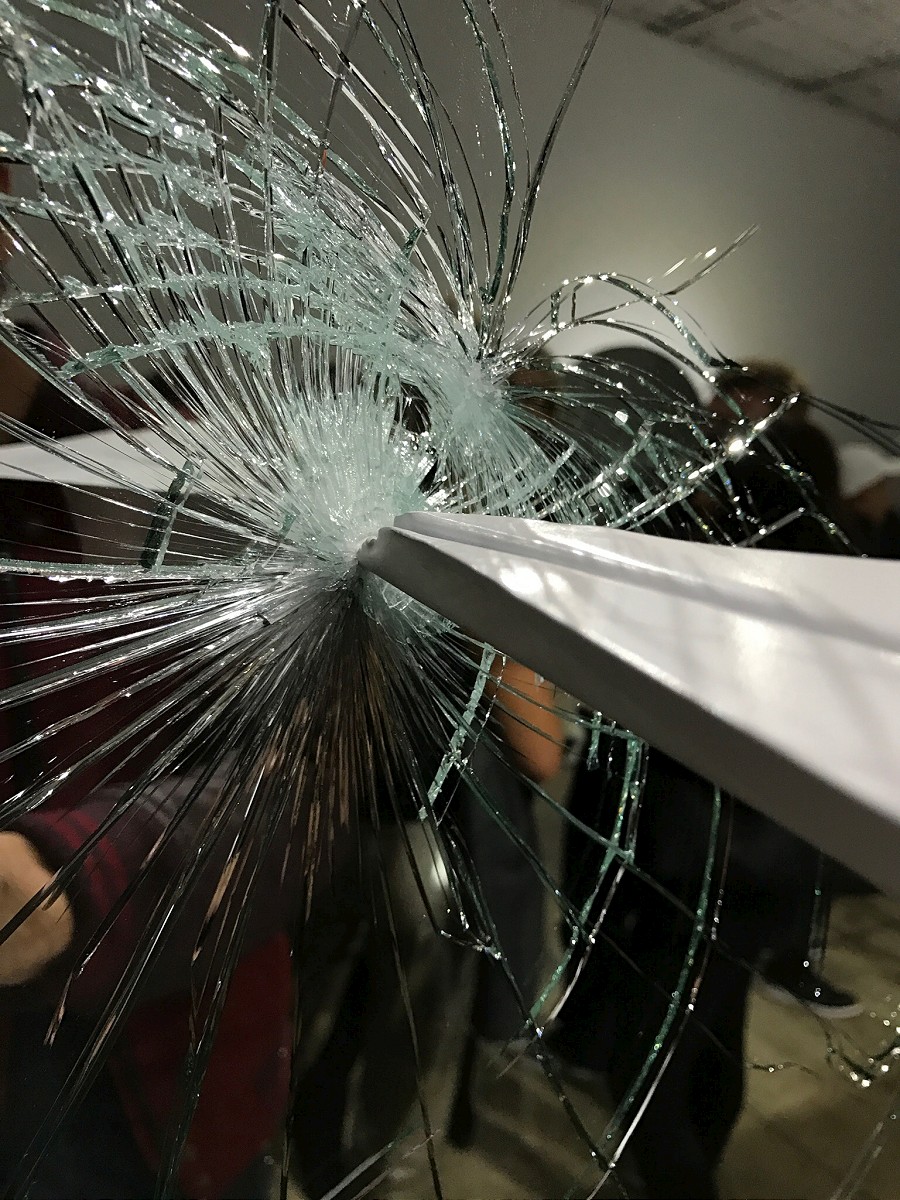 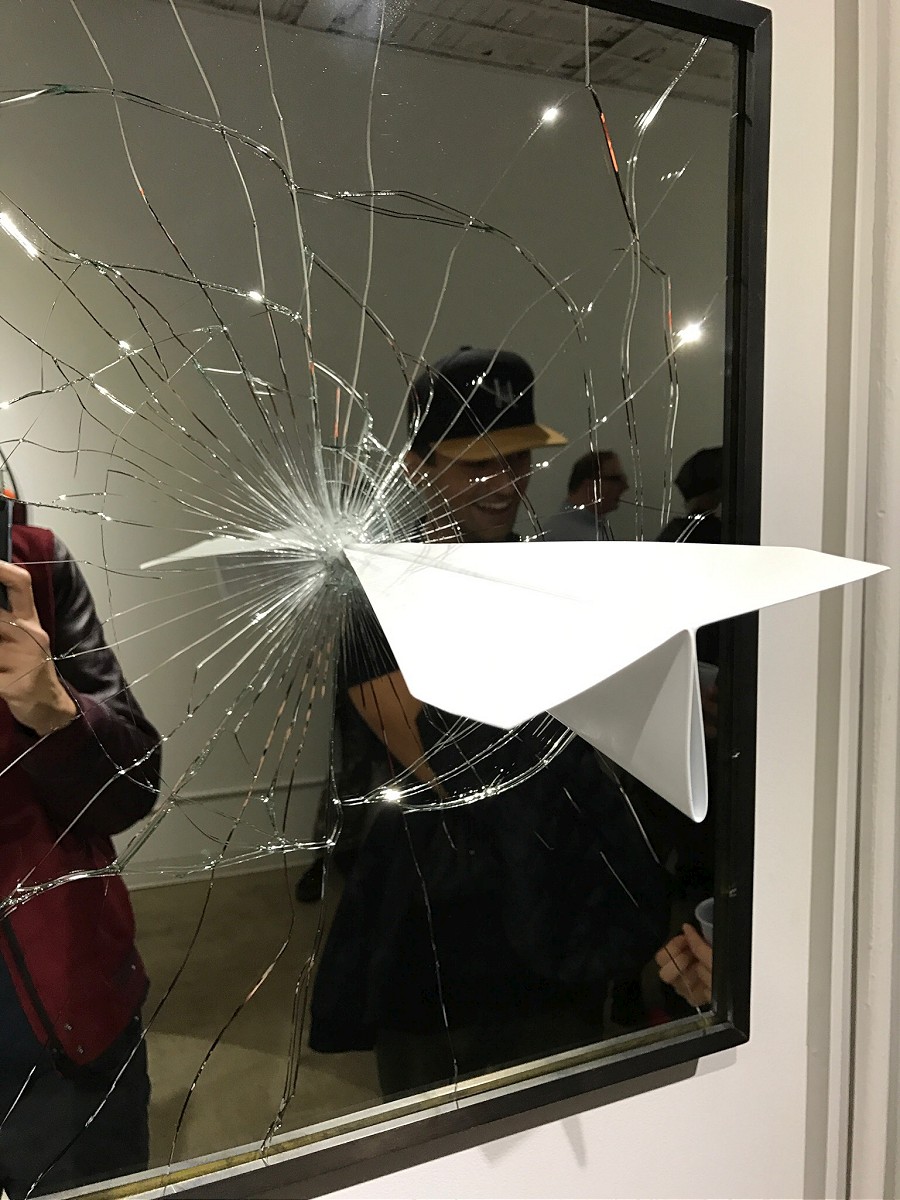