JonOne returns to New York next week (starting November 30th) for an exhibition at Galerie Bartoux entitled Crossing Over, the first solo show in his hometown since moving to Paris almost 30 years ago. The new body of work consists of 27 new paintings which address the relationship between chaos and order in our cities.

The American graffiti artist’s loose and expressive handstyles bring to mind the spontaneous and chaotic forces within our urban spaces such as crime, art and public protest. These letterforms sit alongside areas of negative space representing the ordered, systematic structures within society that are reinforced by government, orthodoxy and the media. Works such as Dark Outside and Chateau d’Eau show a clear segregation between the positive and negative space that suggests the coexistence, and perhaps even a symbiosis, of these two opposing forces. In contrast, the majority of the other works in the exhibition show the letterforms and negative space fighting to occupy the same areas of the canvas and this points towards an inherent and enduring tension between chaos and order.

The above ideas build upon the 17th century philosophical theory of the Hobbesian Trap, whereby fear and mistrust between different groups is used to explain a downward spiral of conflict. But the show also references the Golden Age of New York’s subway graffiti, which is an important part of Jonone’s own history; colors within the works reference classic shades of spray paint from that era including Krylon’s Avocado and Rust-oleum’s Coral Pink. 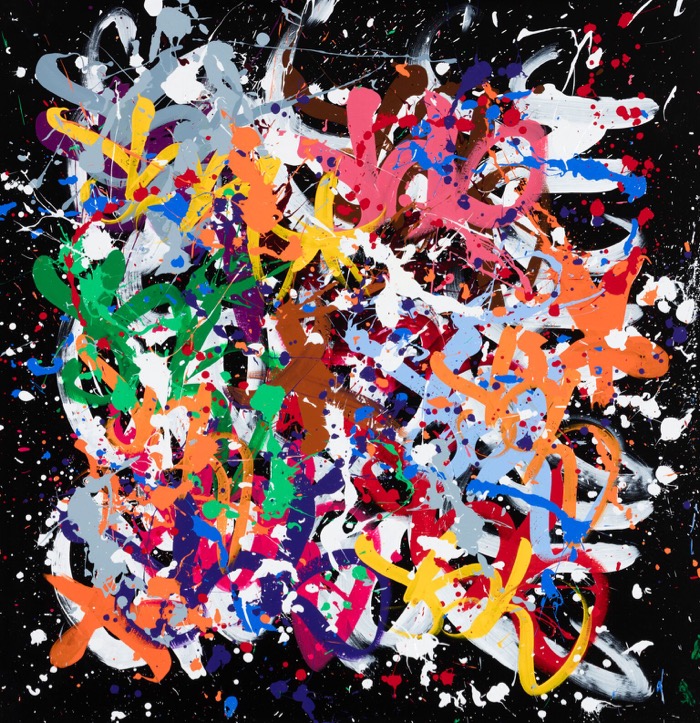 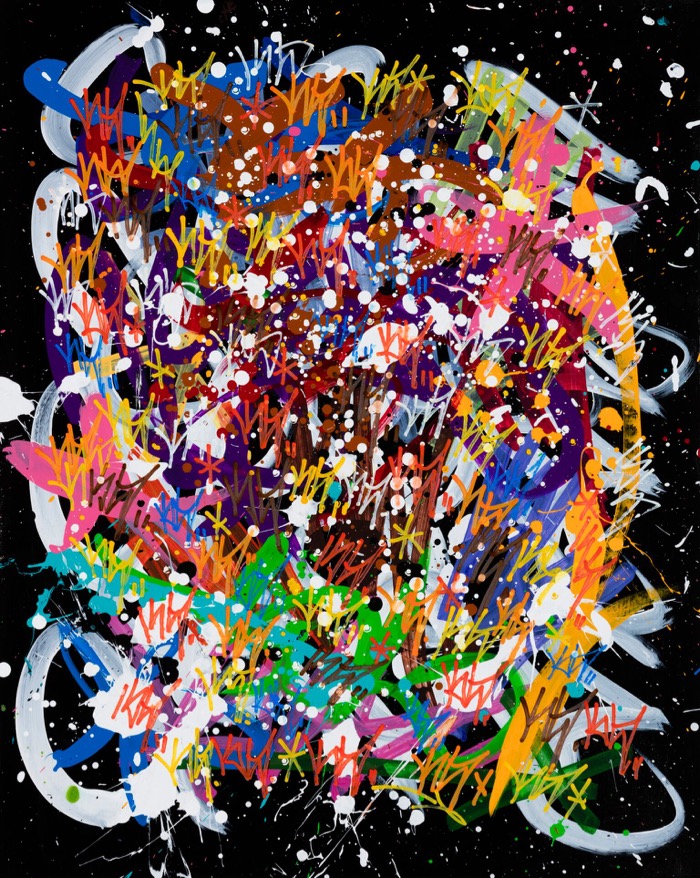 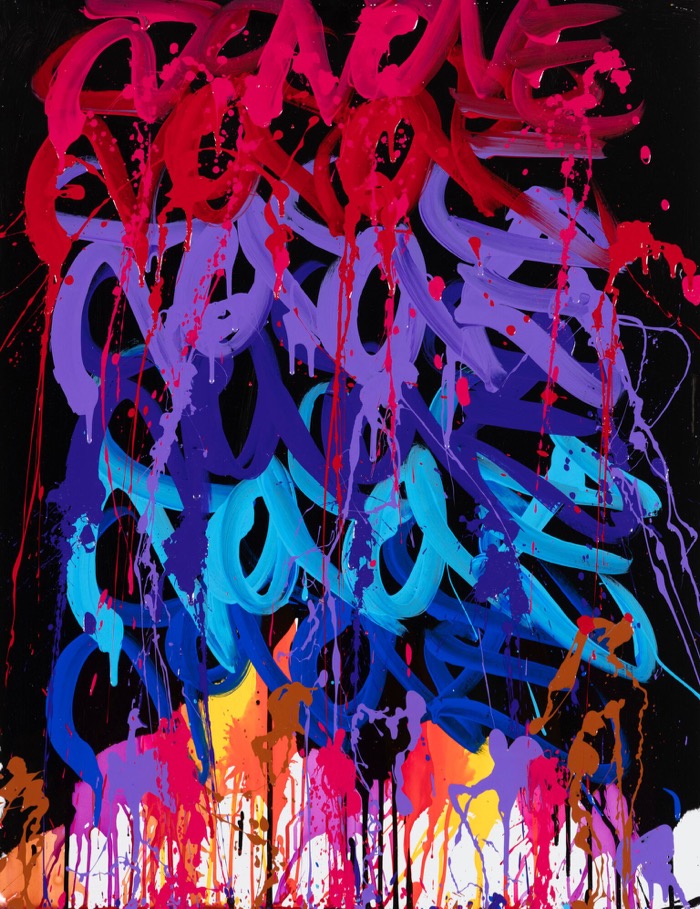 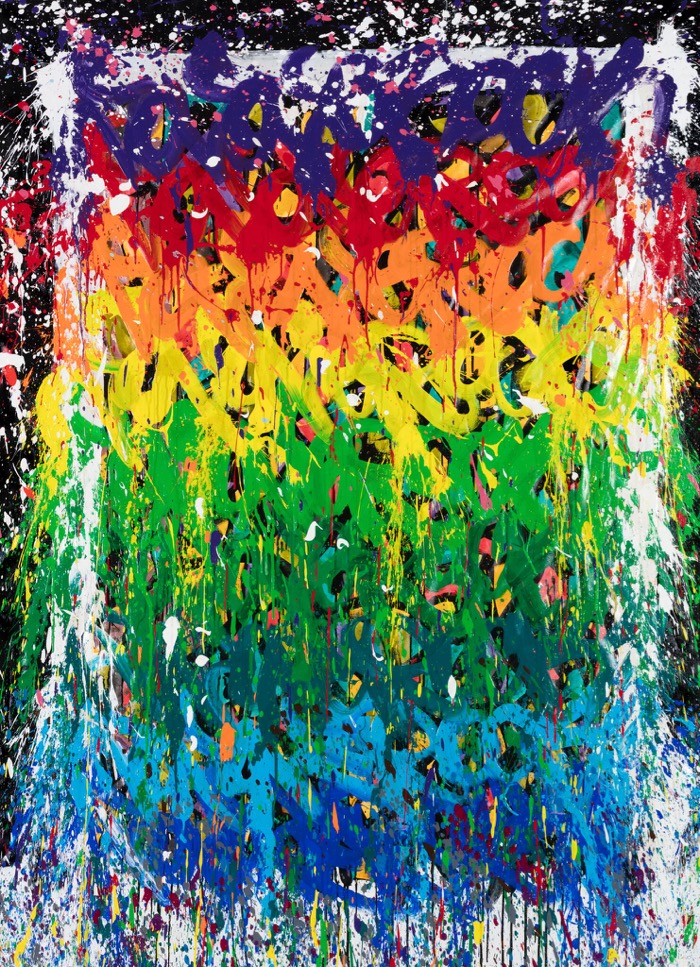 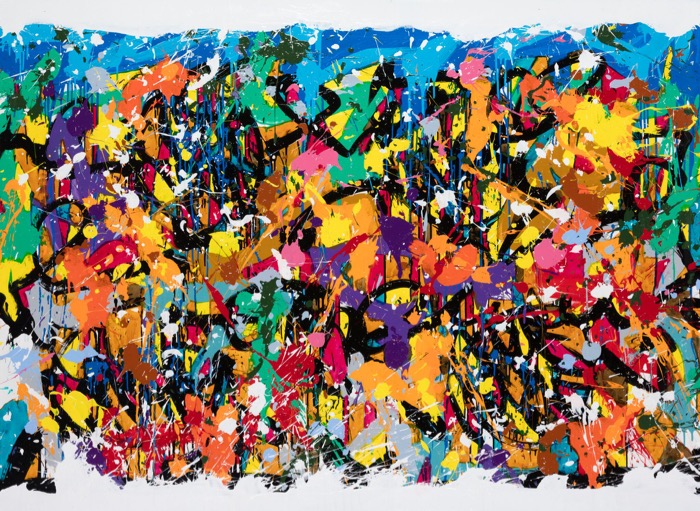 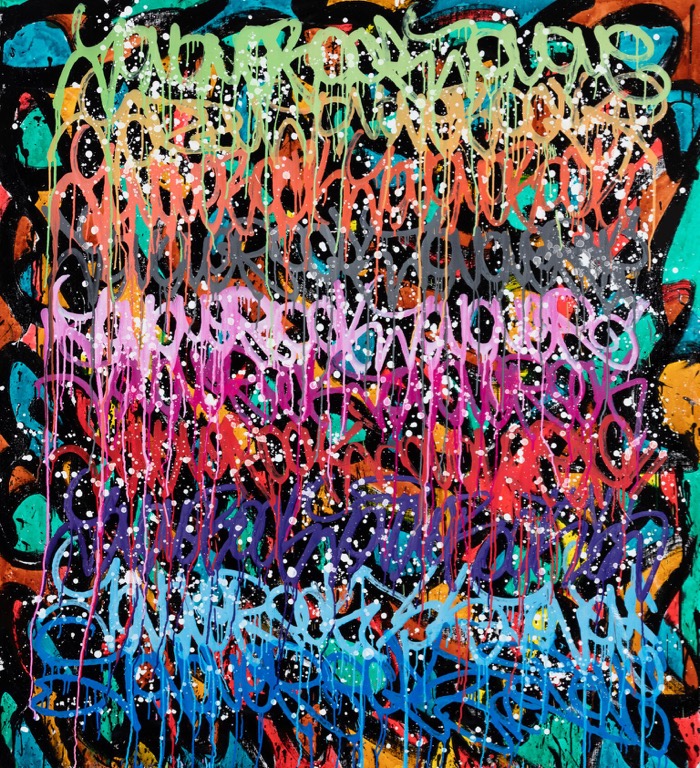 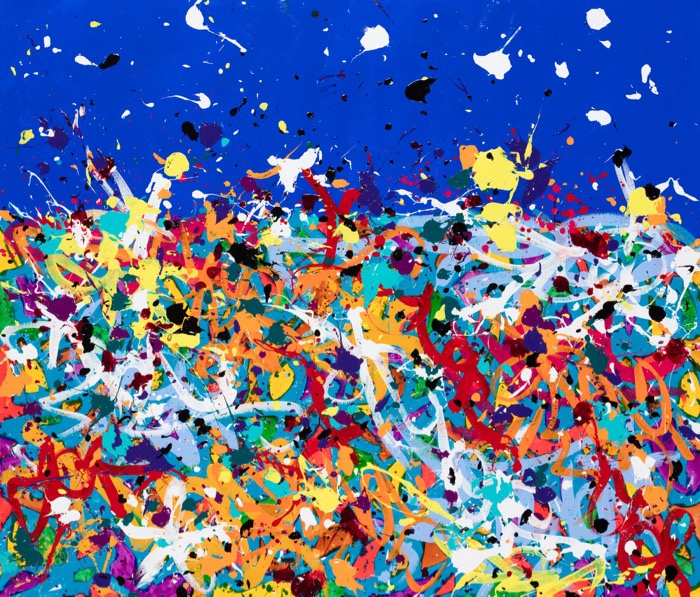 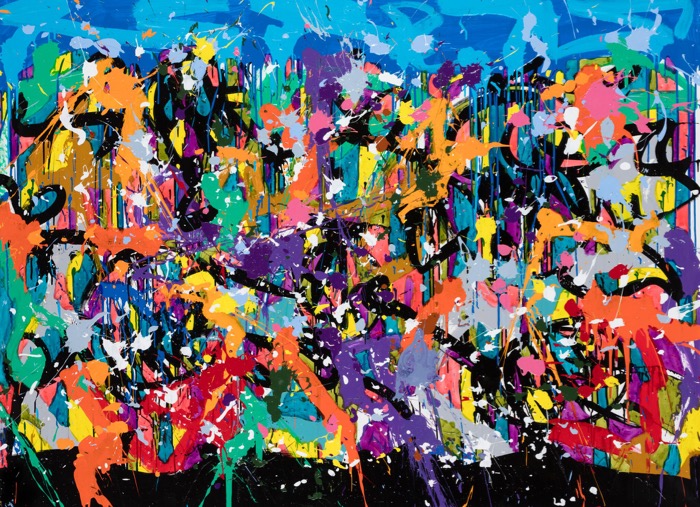