Invader’s new exhibition entitled Hello My Game Is… opened this week at Le Musée en Herbe in Paris (previewed). During the nascent days of the computer age, the group of hackers at MIT who went on to create the first video game devised the Theory of Computer Toys. The doctrine stated that video games should satisfy a tripartite criteria; they should push the computer’s capabilities to its limits, each run should be different and the game should be interactive. The last of these principles runs through the Parisian artist’s new show and draws both the young and old to actively engage with the works.

The first room includes a bank of vintage arcade machines which allow visitors to play some of the early landmark games; Pong was the first sports game, Breakout was the first video game to be built by Steve Jobs and Steve Wozniak, Galaxian was the first video game to feature multi-color sprites, Pac-Man was the first video game to take over $1bn in quarters in a year and Tetris was the first video game to emerge from behind the Iron Curtain. Across the room hang new works which reference other titles from this era including Astroids, Outlaw and Mario Bros. Invader himself features in a platform game escaping from 8-bit police officers, which evokes the illicit nature of street art and also the French artist’s own ‘interactions’ with the law on both sides of the Atlantic. The show includes an interactive map of the world which allows the public to locate the corresponding street pieces of the 60 Aliases which feature in the exhibition. These works demonstrate the diversity of the global invasion so far and include not just works from Tanzania, Tokyo and Barcelona but also SPACE2, which for the last two years has been orbiting the earth on the International Space Station. The third room concentrates on the Rubikscubism work which he has been developing over the last decade. The Peter Pan themed work is his largest to date and pushes the medium to its full capability, while other works feature the Power Rangers and Shere Khan from the Jungle Book.

The exhibition also gives visitors a peek inside the Mothership – Invader’s studio. In addition to the copious amount of tiles that you would expect to inhabit the artist’s working environment, there is an abundance of ephemera and hidden film clips to watch. Also on display are a range of masks which Invader has worn over the years to conceal his identity when working in the streets. These range from the anonymous mask worn when installing PRT_12 in the warm waters off Cottesloe Beach in Perth back in 2002 through to the E. Honda mask from the sixth wave of Tokyo’s invasion in 2014. This final room also includes a magnetic wall which allows visitors to build their own invader, creating an ever changing wall of people’s creations which will be different on every visit. The exhibition will continue from Monday to Sunday (10am to 7pm; 9pm on Thursdays) until 3rd September at 23 rue de l’Arbre-Sec, 75001 Paris. 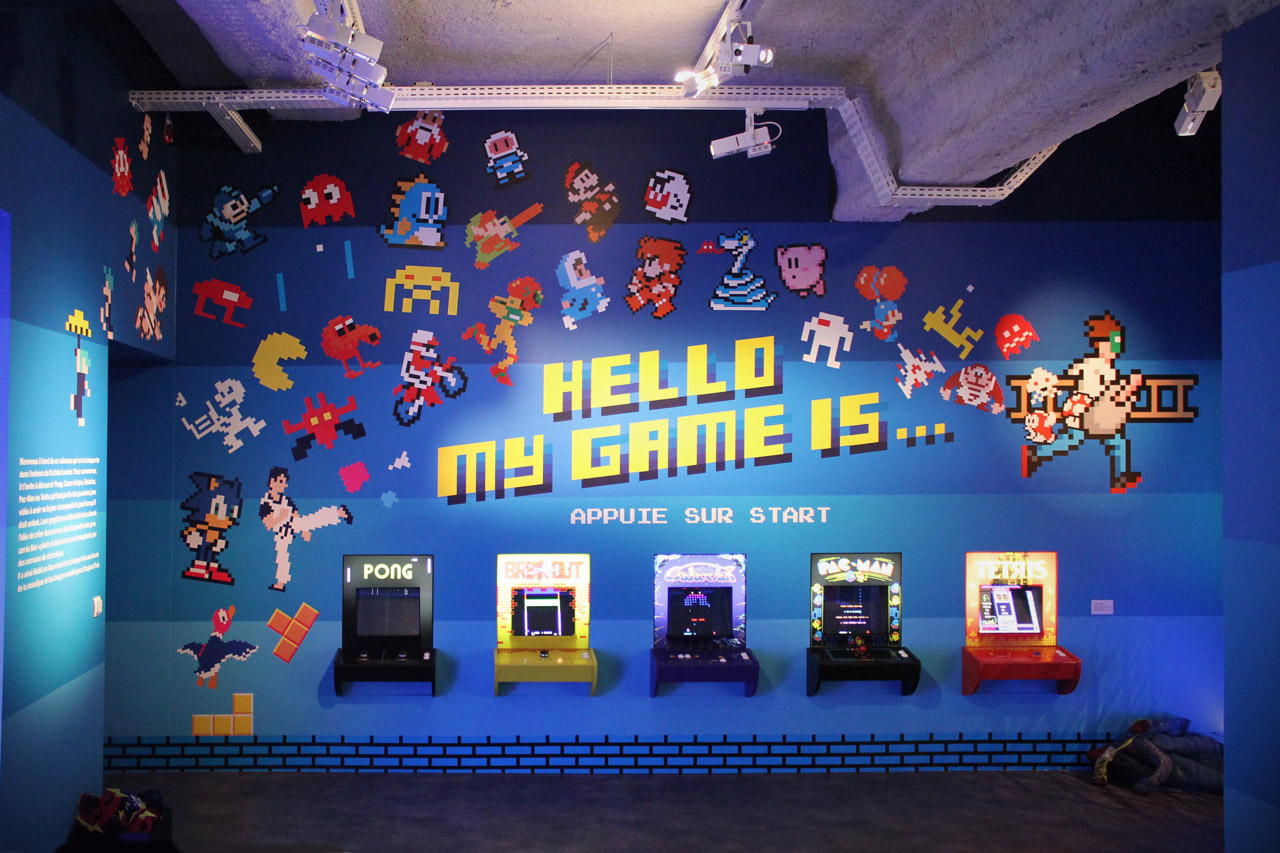 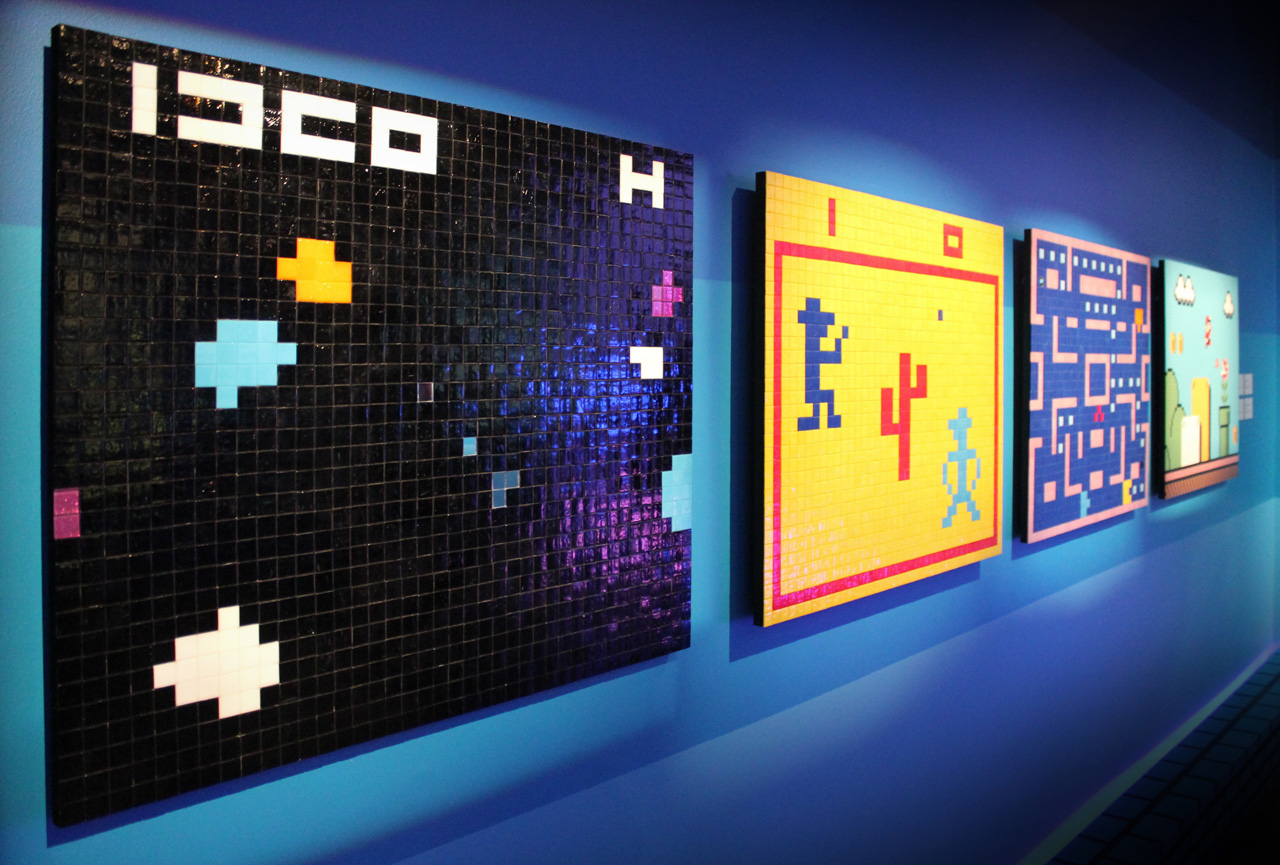 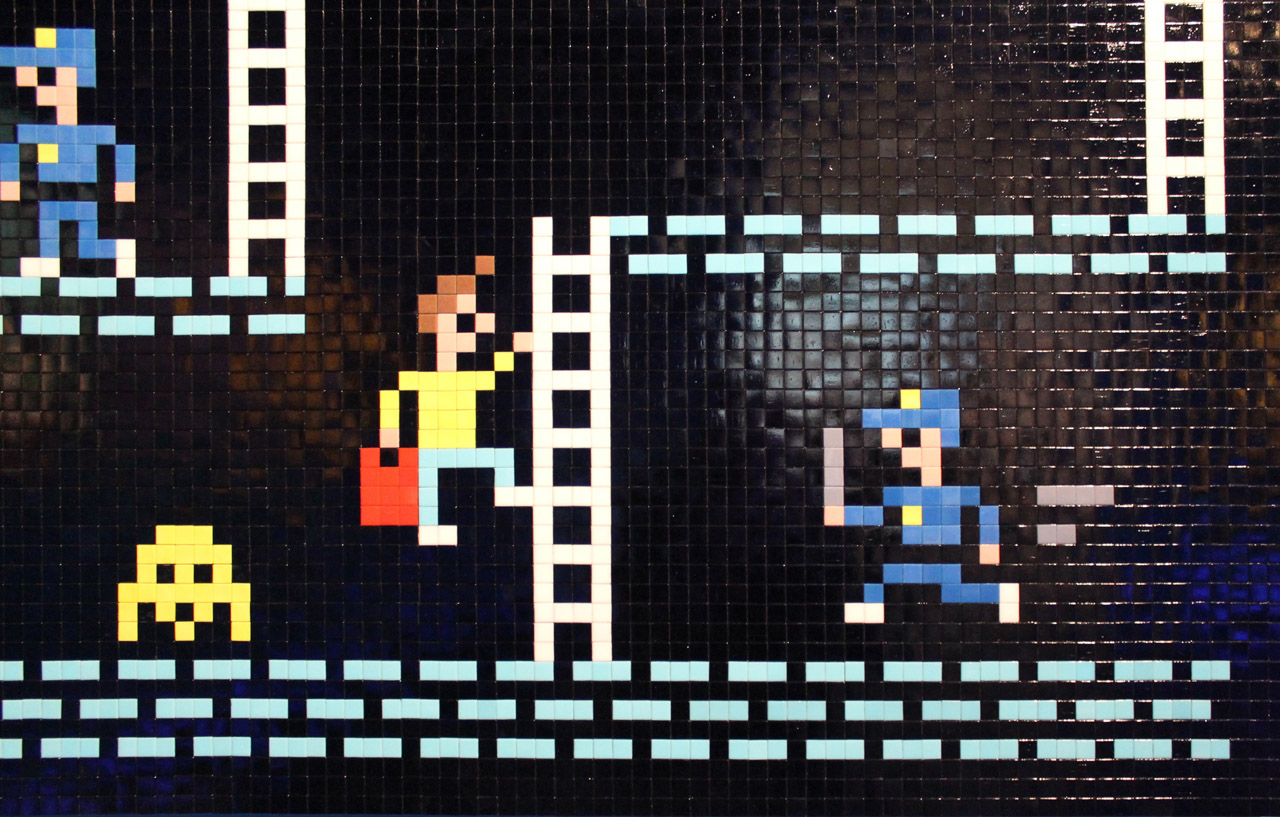 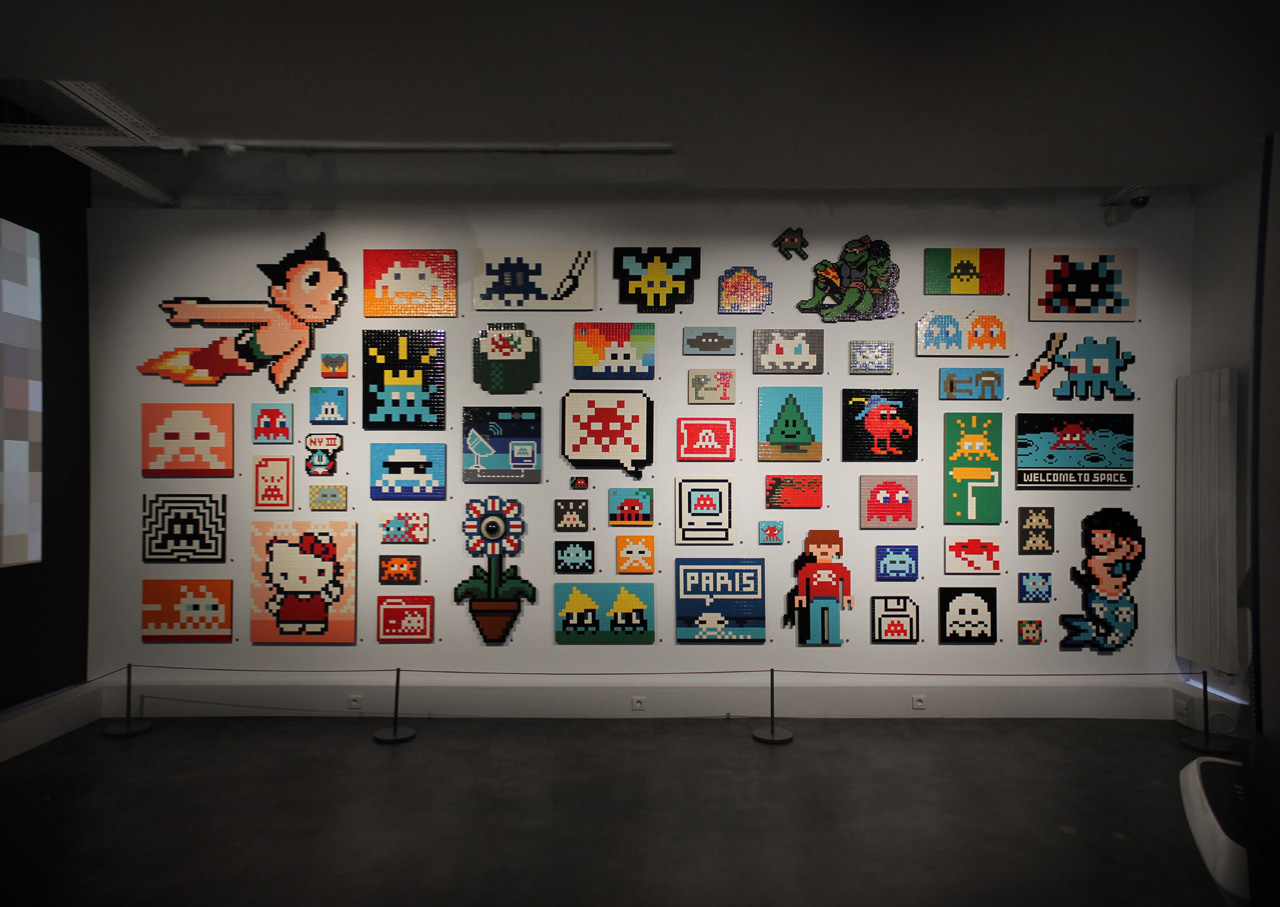 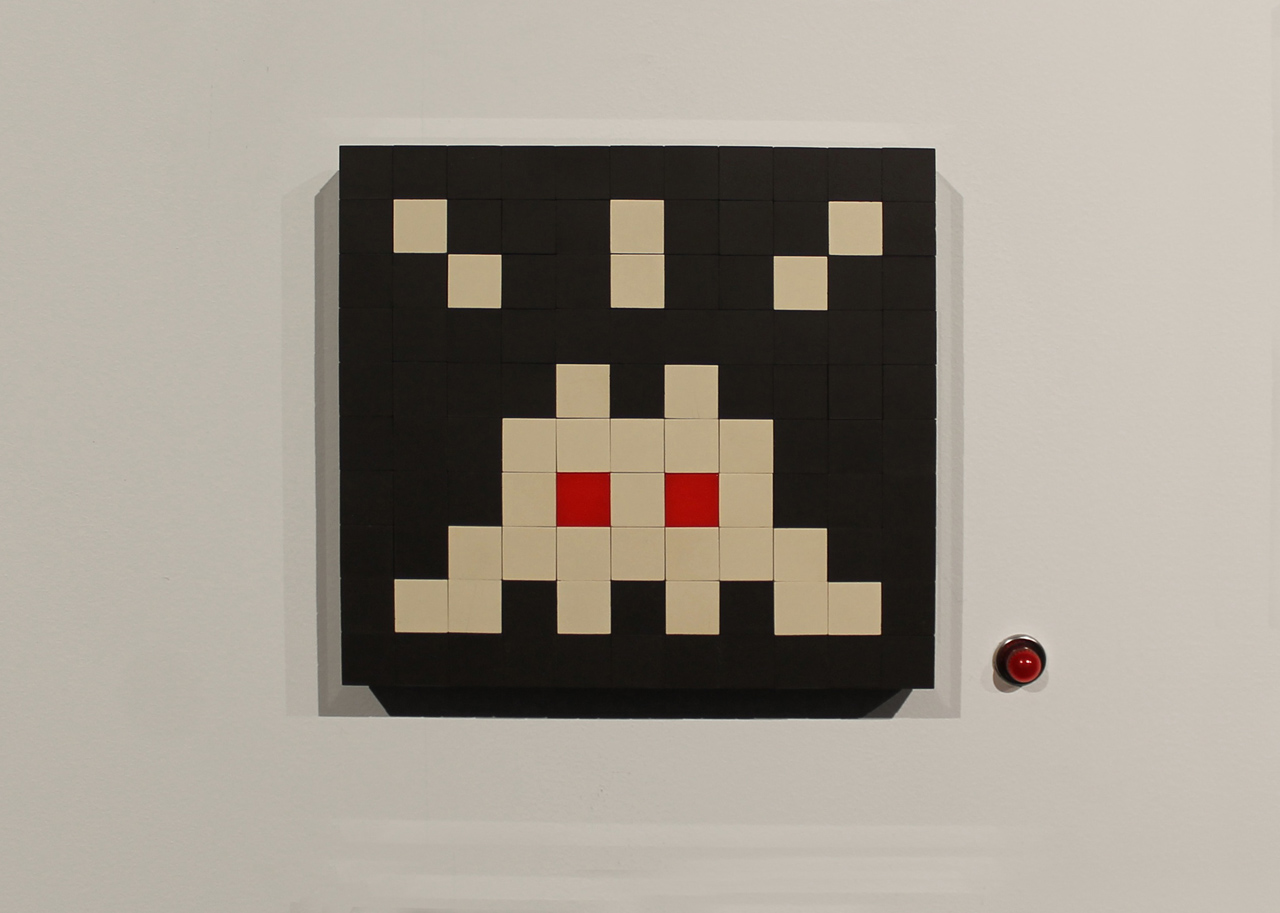 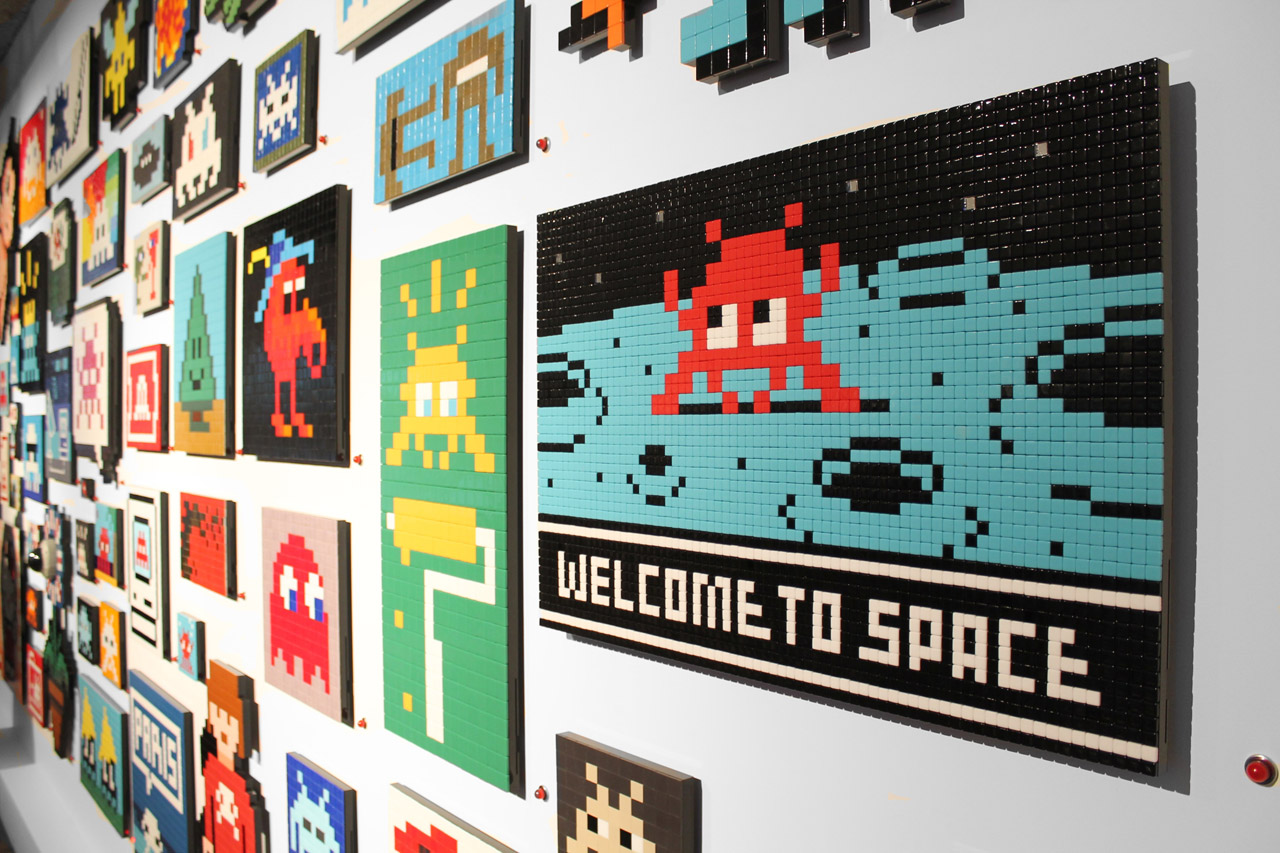 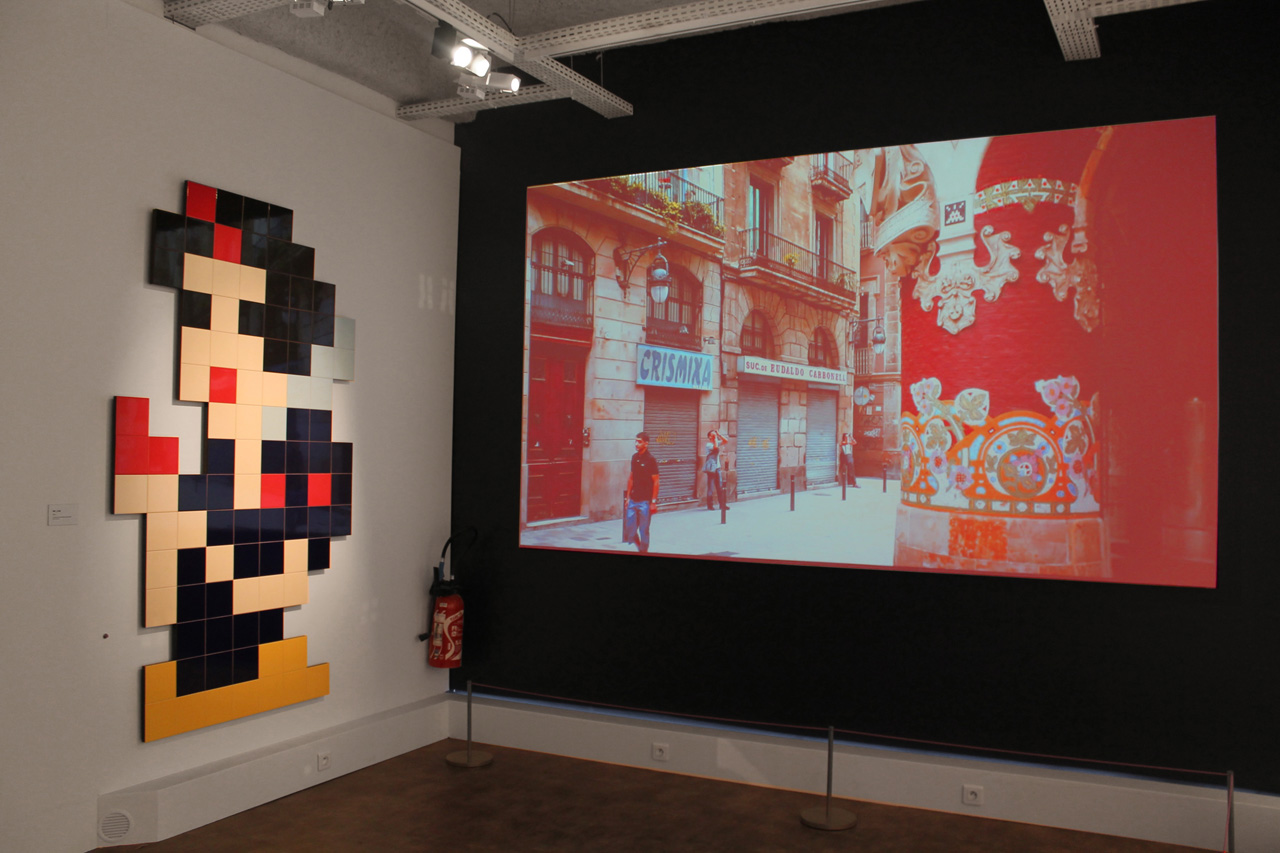 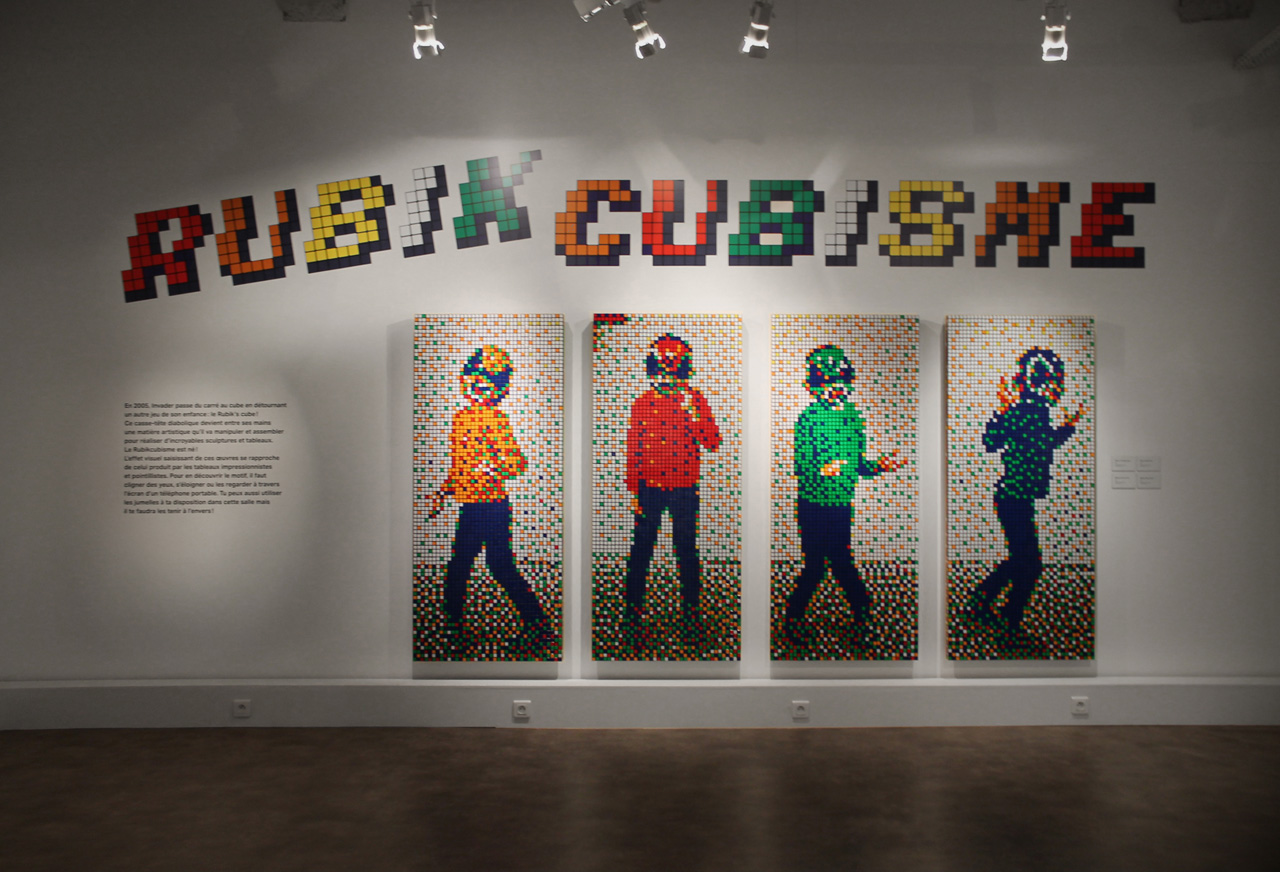