Howard Griffin Gallery recently announced their upcoming off-site project in the industrial 14,000 square foot Ambika P3 exhibition space in central London. On March 2nd, they will be opening Spaces Of Hope, a three day only solo exhibition of new paintings and installations from Mehdi Ghadyanloo.

Two year since his last show with the gallery (covered) and few months after his successful public commission in the United States (covered), the Iranian artist will be presenting a new body of work influenced by the unstable times of modern history. Combining the experiences of life in Tehran before and after the Iranian Revolution along with the current, heavily polarized political climate, the new paintings are his view of the ever-increasing isolationism, division and unknown future. Minimalist in their visual language, these meticulously rendered images are focused on perspective and dimension as a result of Ghadyanloo’s interest in the phenomenology of space. Inspired by the world we live in, or more precisely, contemporary Tehran, the pieces show vast, empty landscapes dominated by architectural forms that play with the viewer’s perception. His art of illusion aims to reveal truths, with main emphasis on complex abstraction of contemporary politics, shown through surrealist imagery that suggests hope. 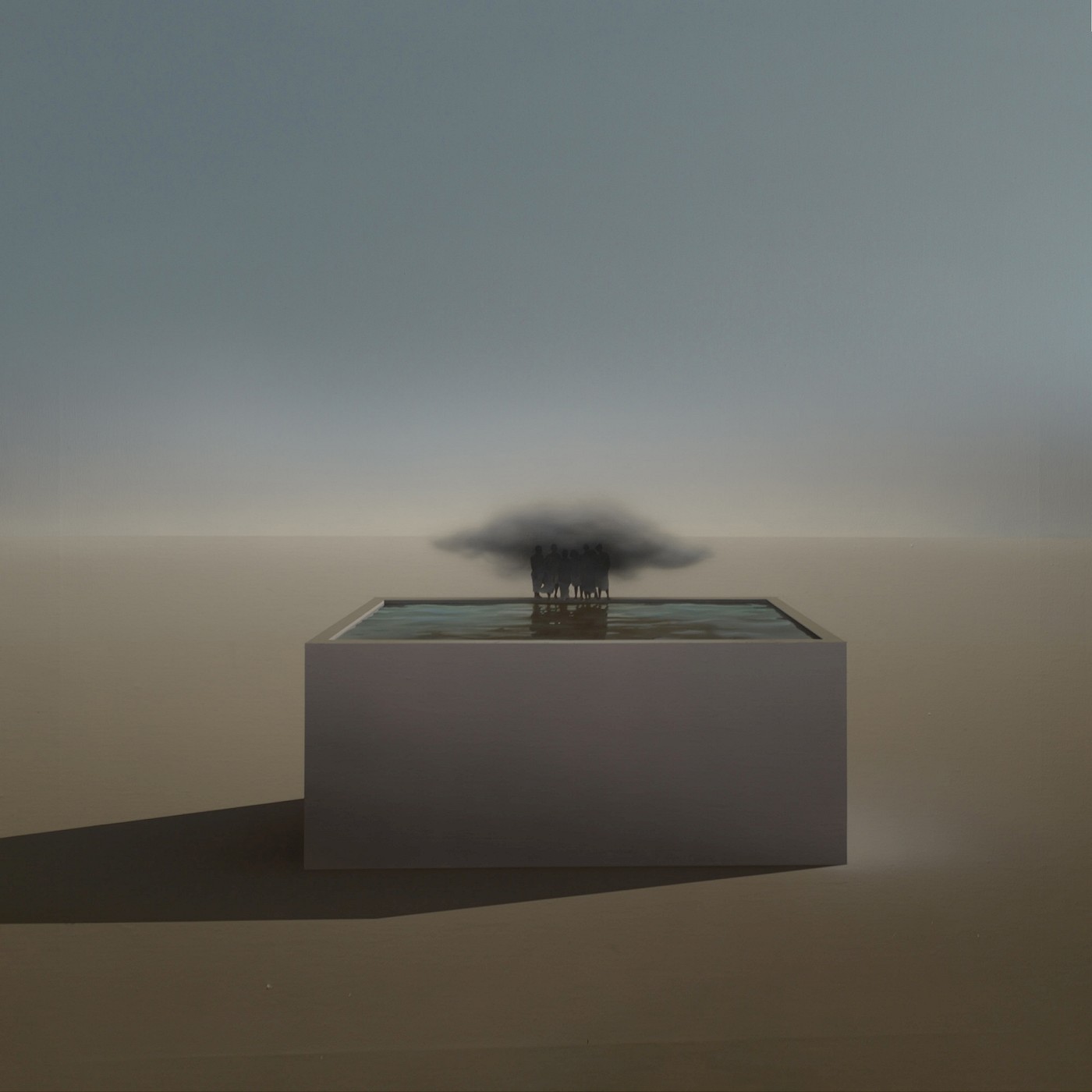 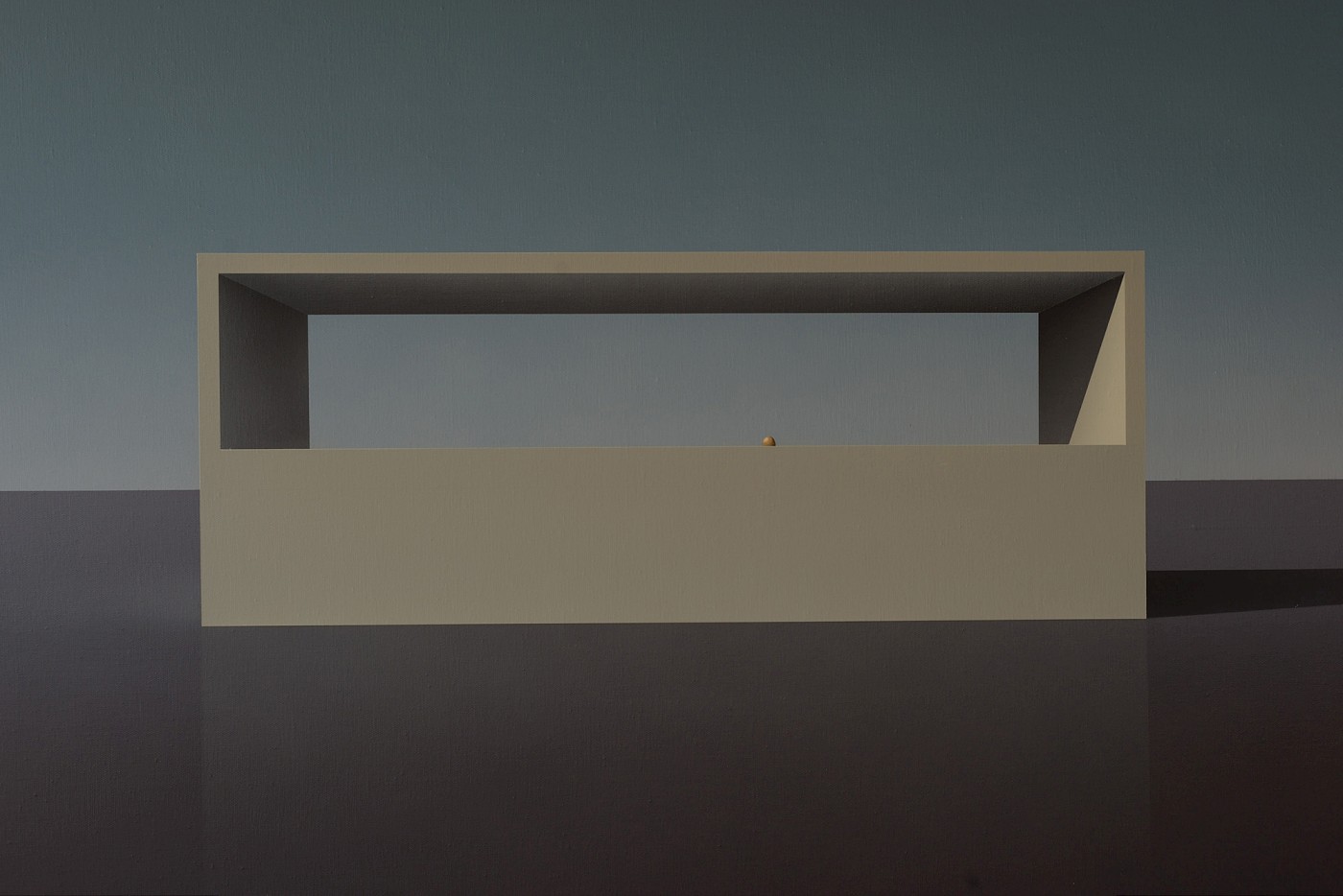 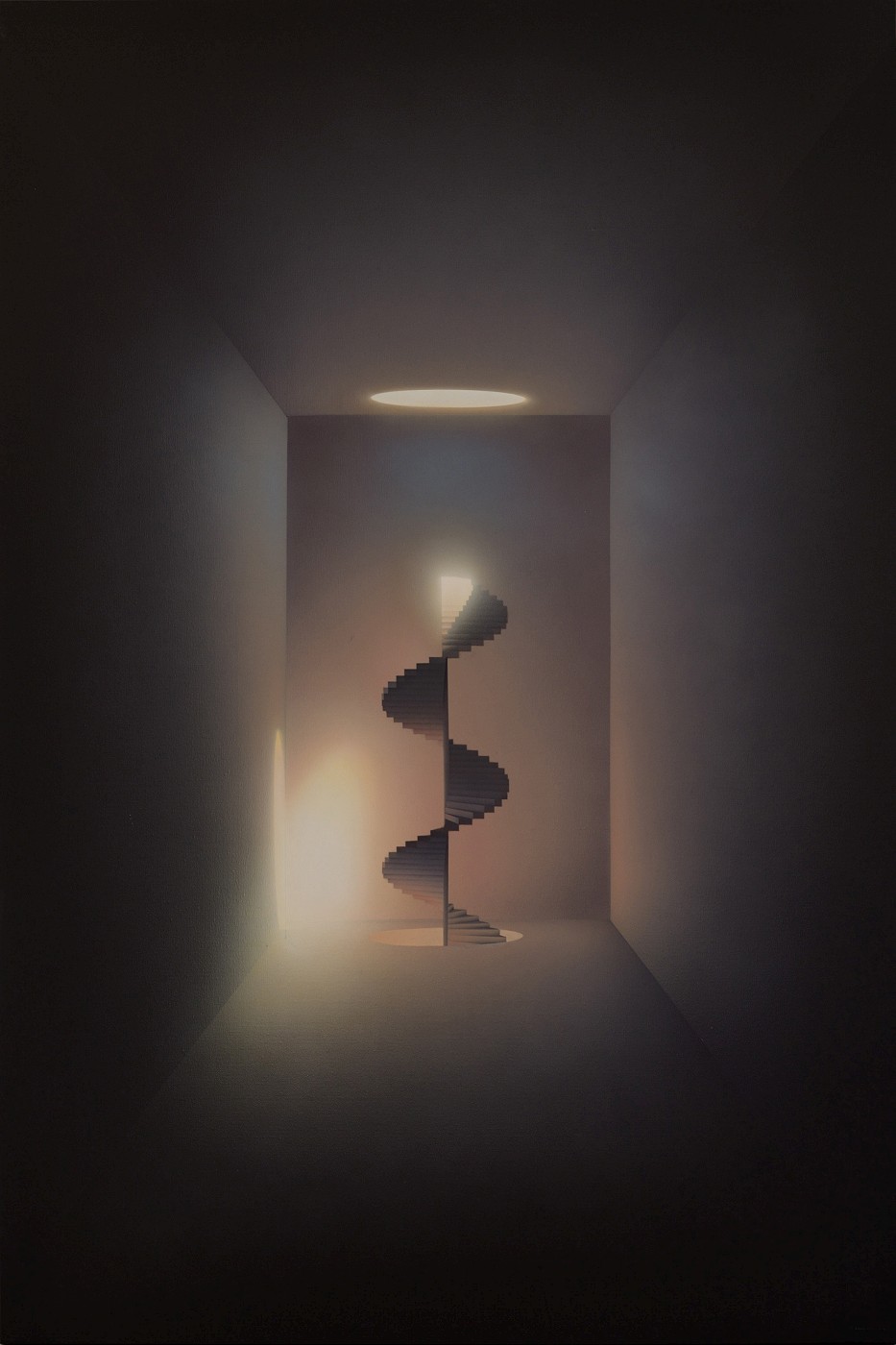 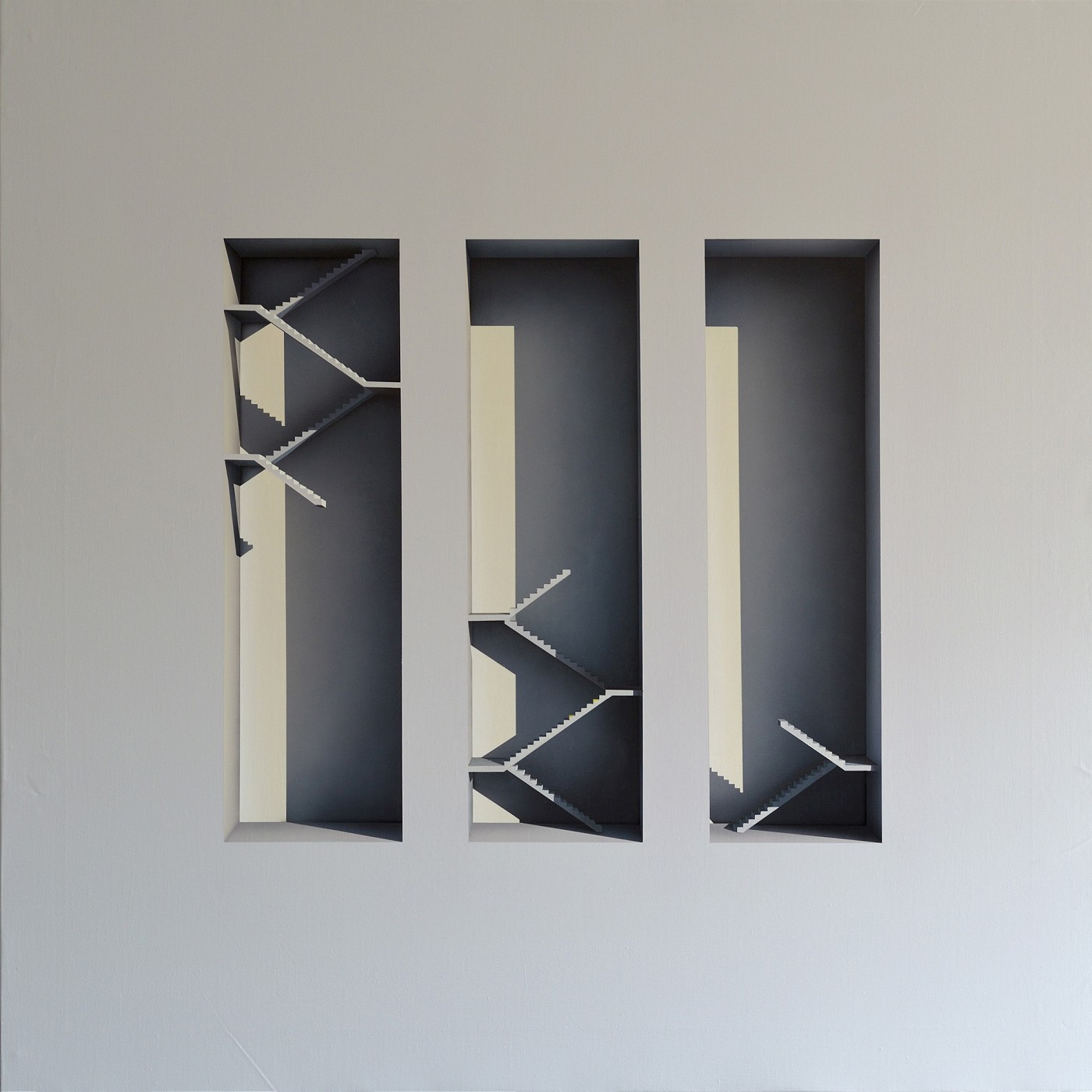 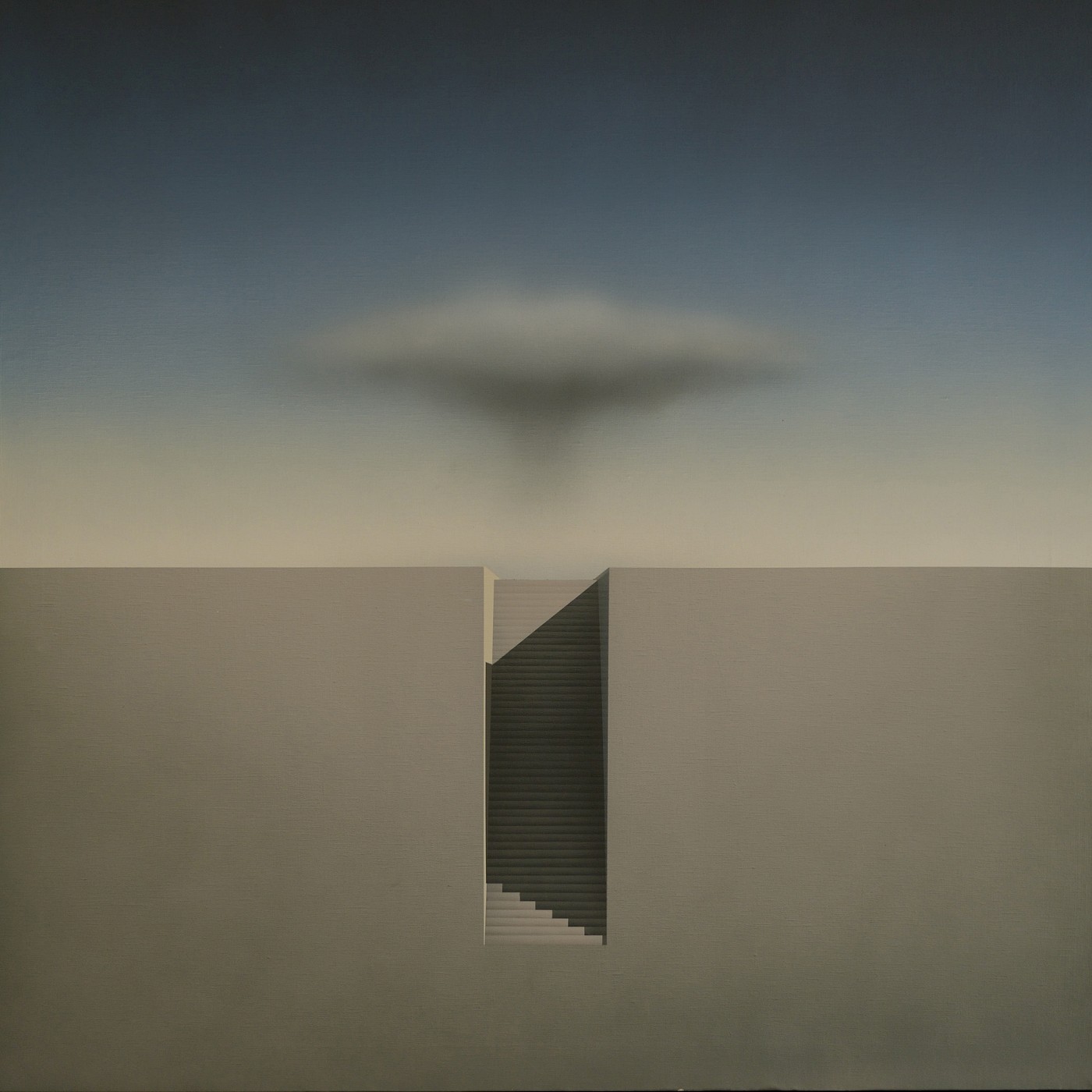