Mehdi Ghadyanloo was in recently in UK again, painting a new mural in Dulwich. This wall was an extension of his previous project with Dulwich Picture Gallery, where artists are invited to reinterpret classic master paintings from their permanent collection.

On this occasion, the Iranian artist picked David the younger Teniers’ A Castle and its Proprietors oil piece from 17th century (shown bellow), and used its elements in his mural. In his signature style, he altered the architecture of the building by adding virtual pillars and a staircase to it, creating an optical illusion, which his work is usually known for. He then placed the characters from the original painting in the mural and merged the scene from the painting with the real environment and his pseudo reality. 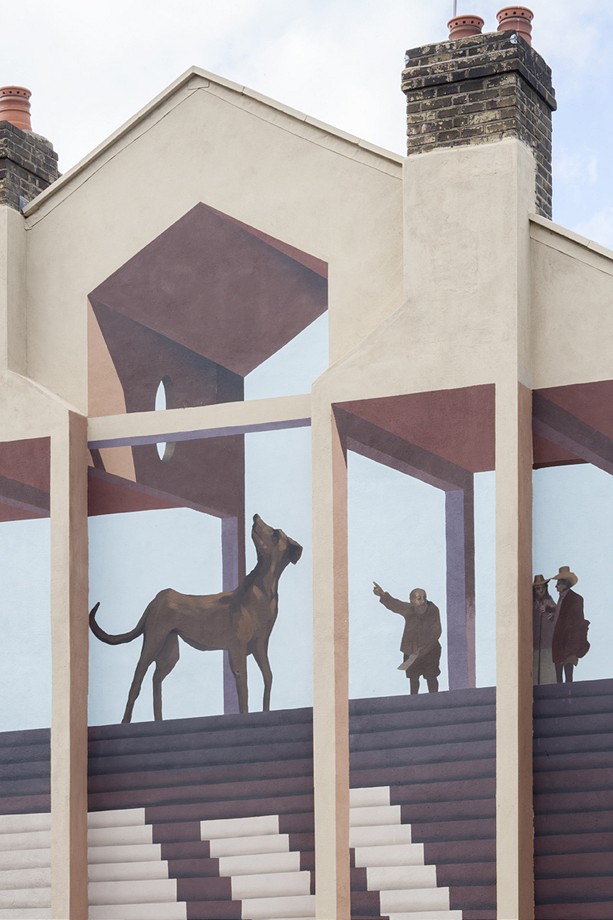 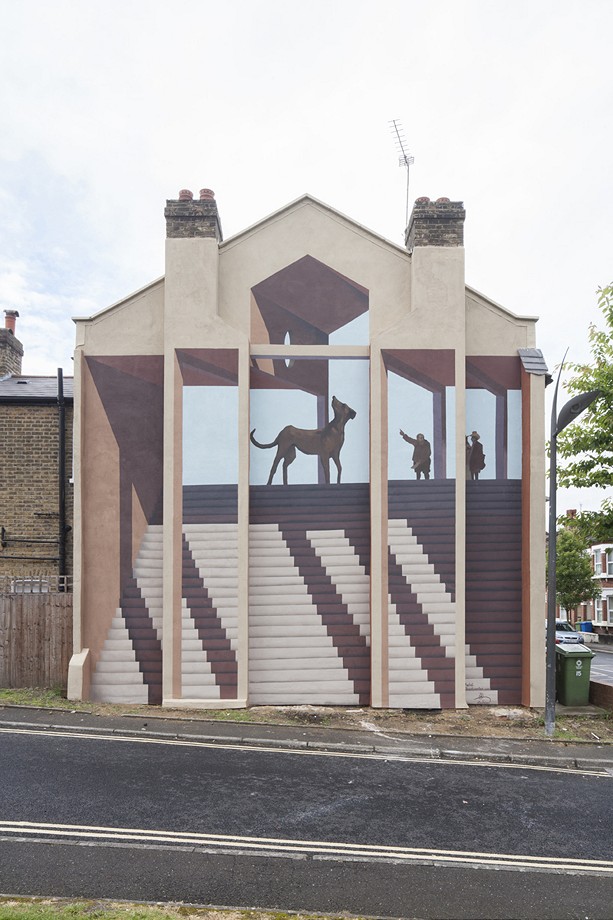 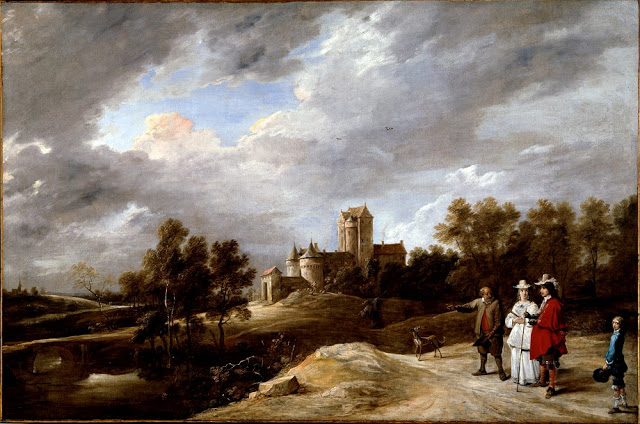 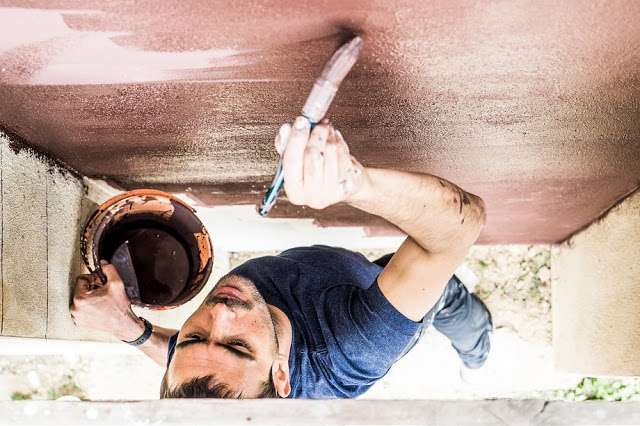 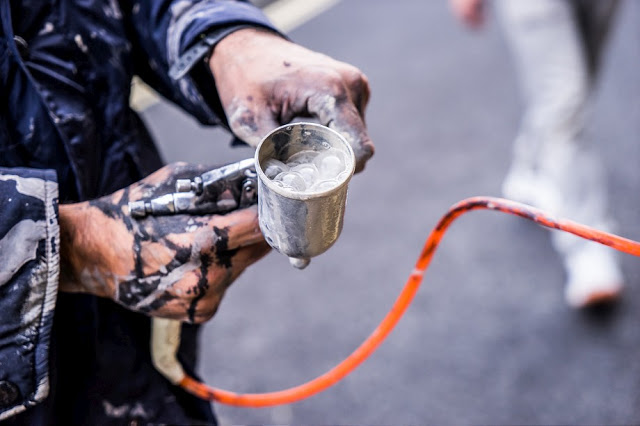 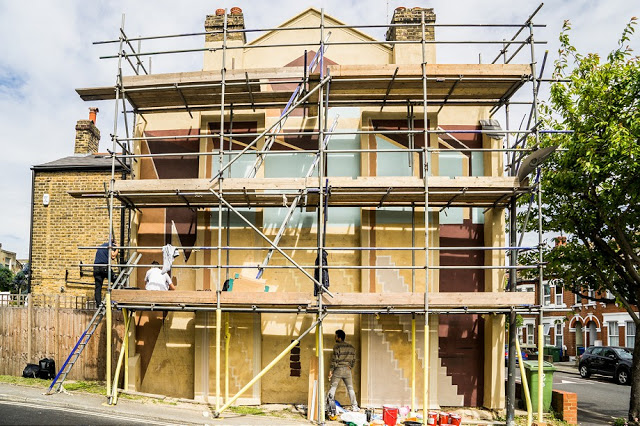