As previously announced, Galería My Name’s Lolita Art in Madrid is currently showing a new solo exhibition by Paco Pomet. Opened since the 26th of January, Un Breve Fulgor (A Brief Glare) consists of the latest oil paintings from the Spanish artist and will be on view through March 15th.

The show continues Pomet’s series of work that creates alternate history while raising actual questions. Taking vintage photographs as the base for his works, he adds impossible scenarios, digital objects or symbols, as well as an entire spectrum of other unexpected imagery and effects. Skillfully playing with the real and surreal parts of the images, he blends the two by using meticulous perspective, light and shadow, or glow effects while giving much attention to details, textures, and composition. From the largest piece in the show – the majestic rendering of an ancient machine that produces clear ice – to a series of smaller, figurative pieces, Pomet created a body of work that is both mind bending as well as humorous and thought provoking. 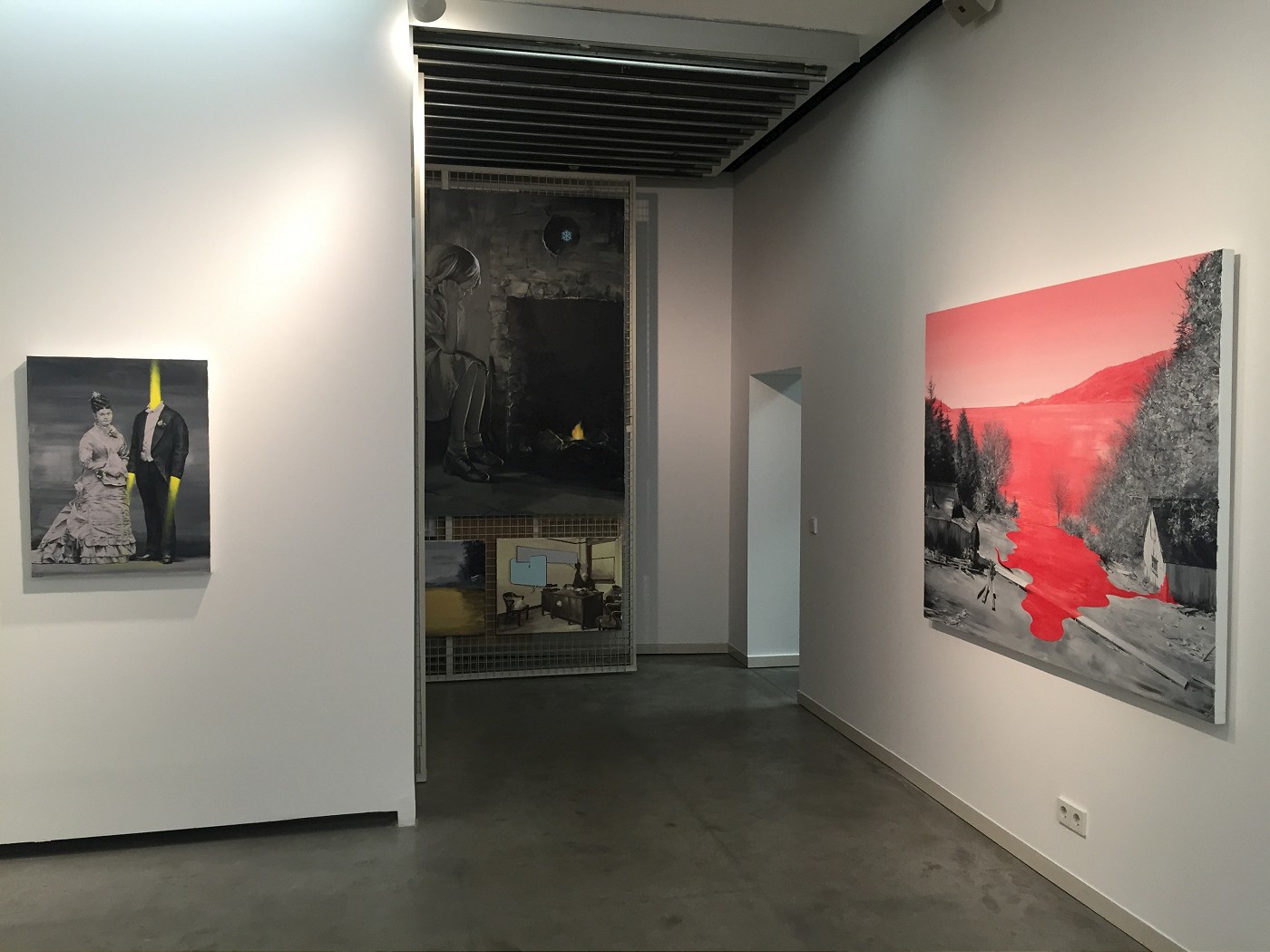 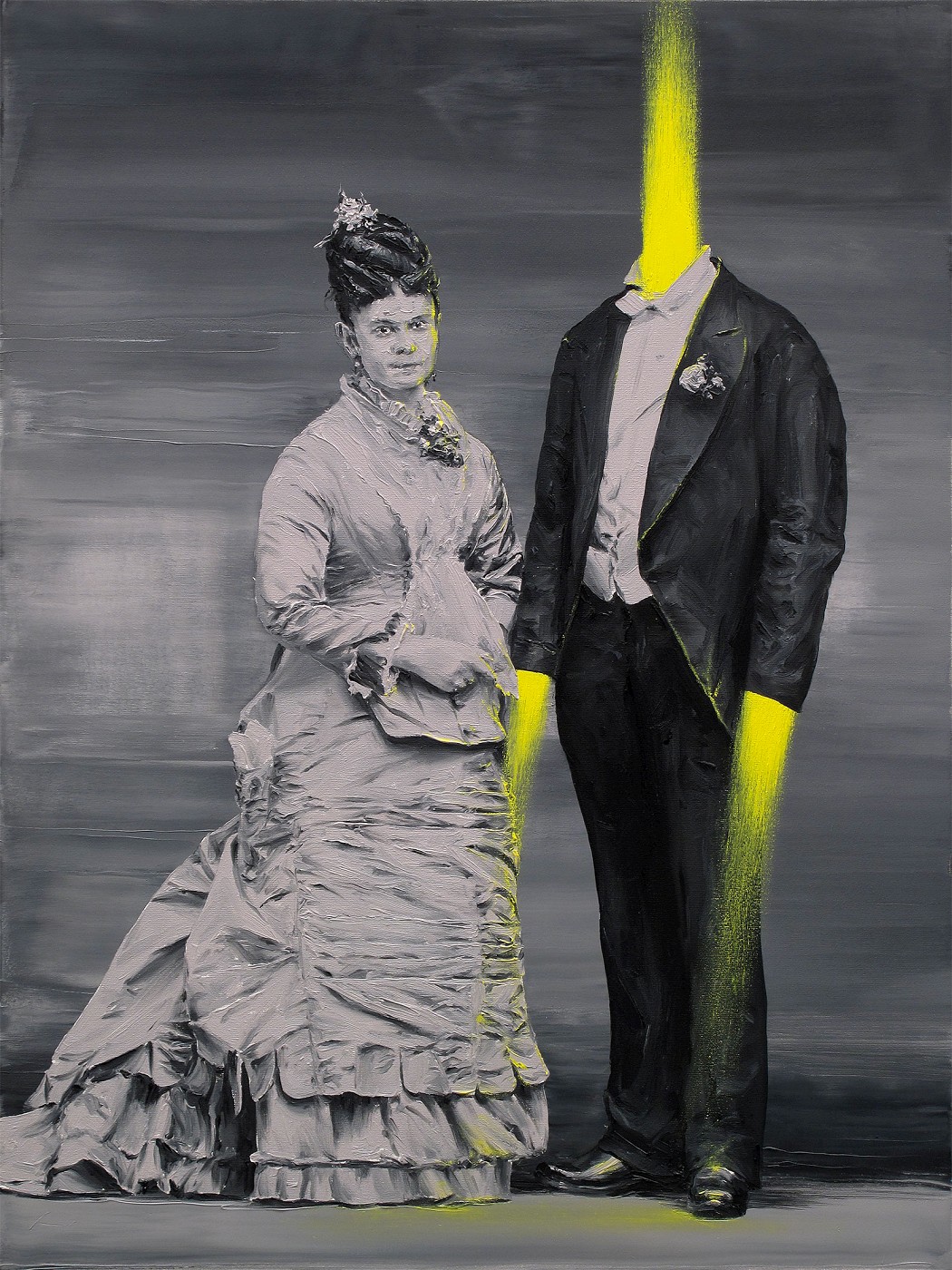 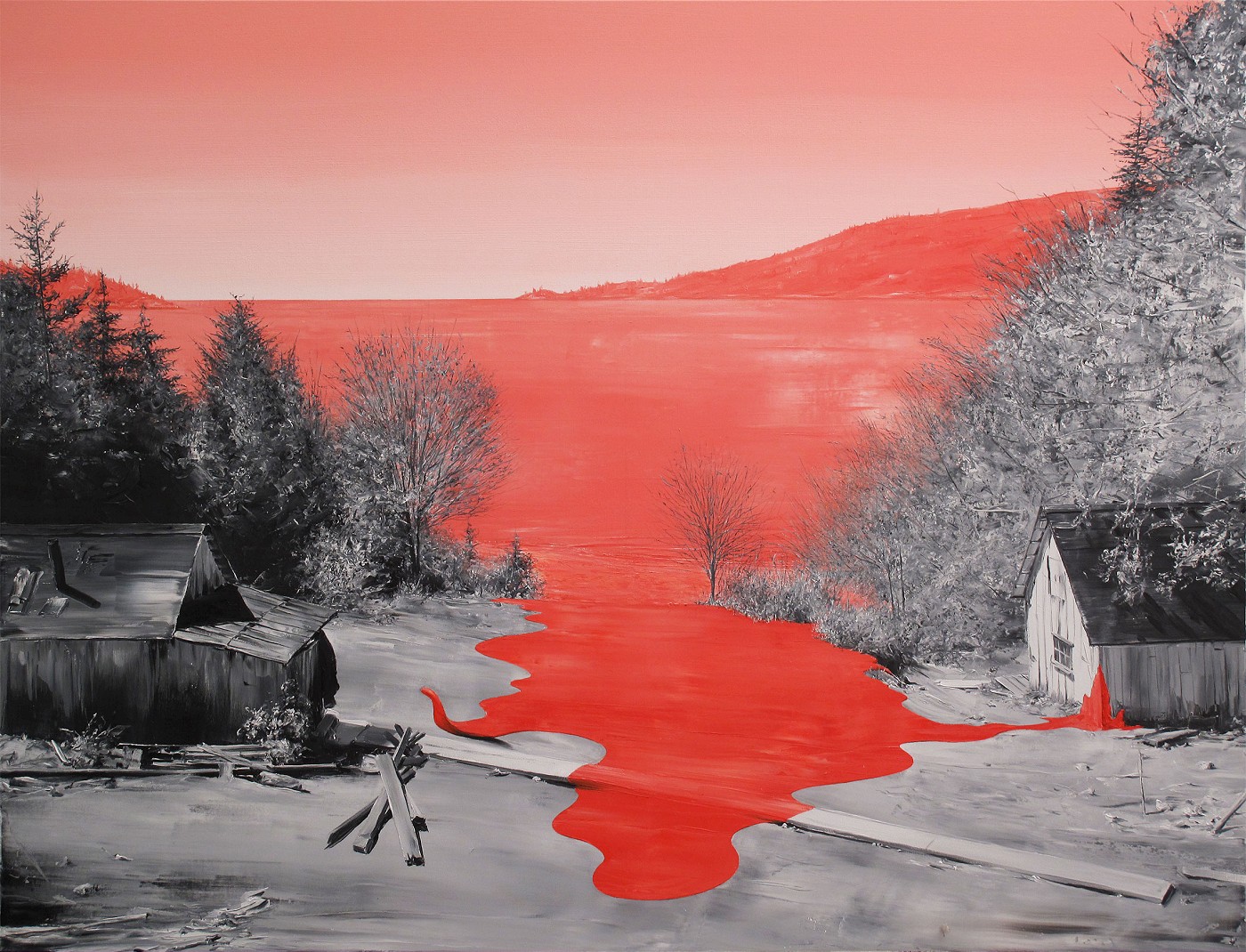 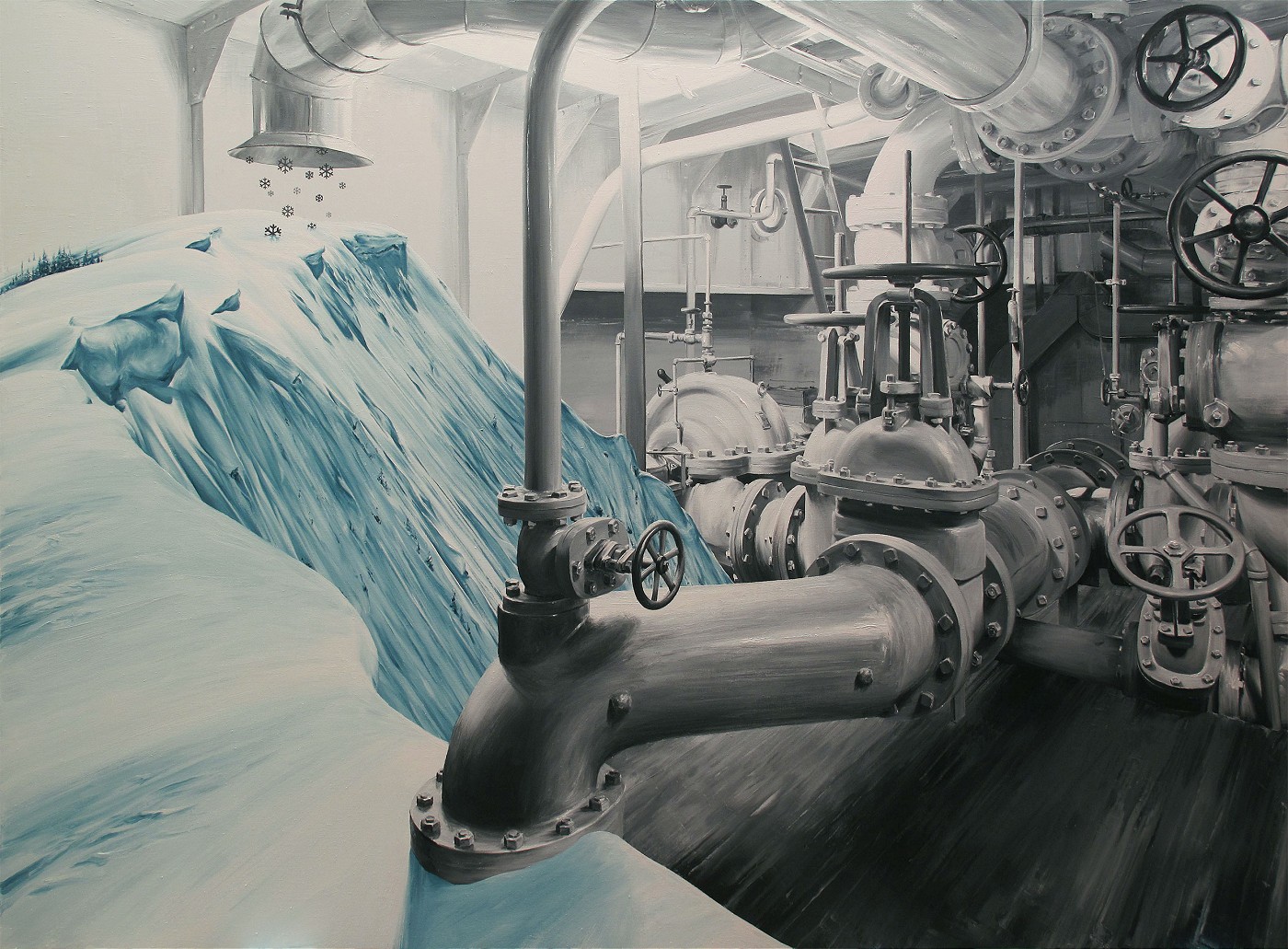 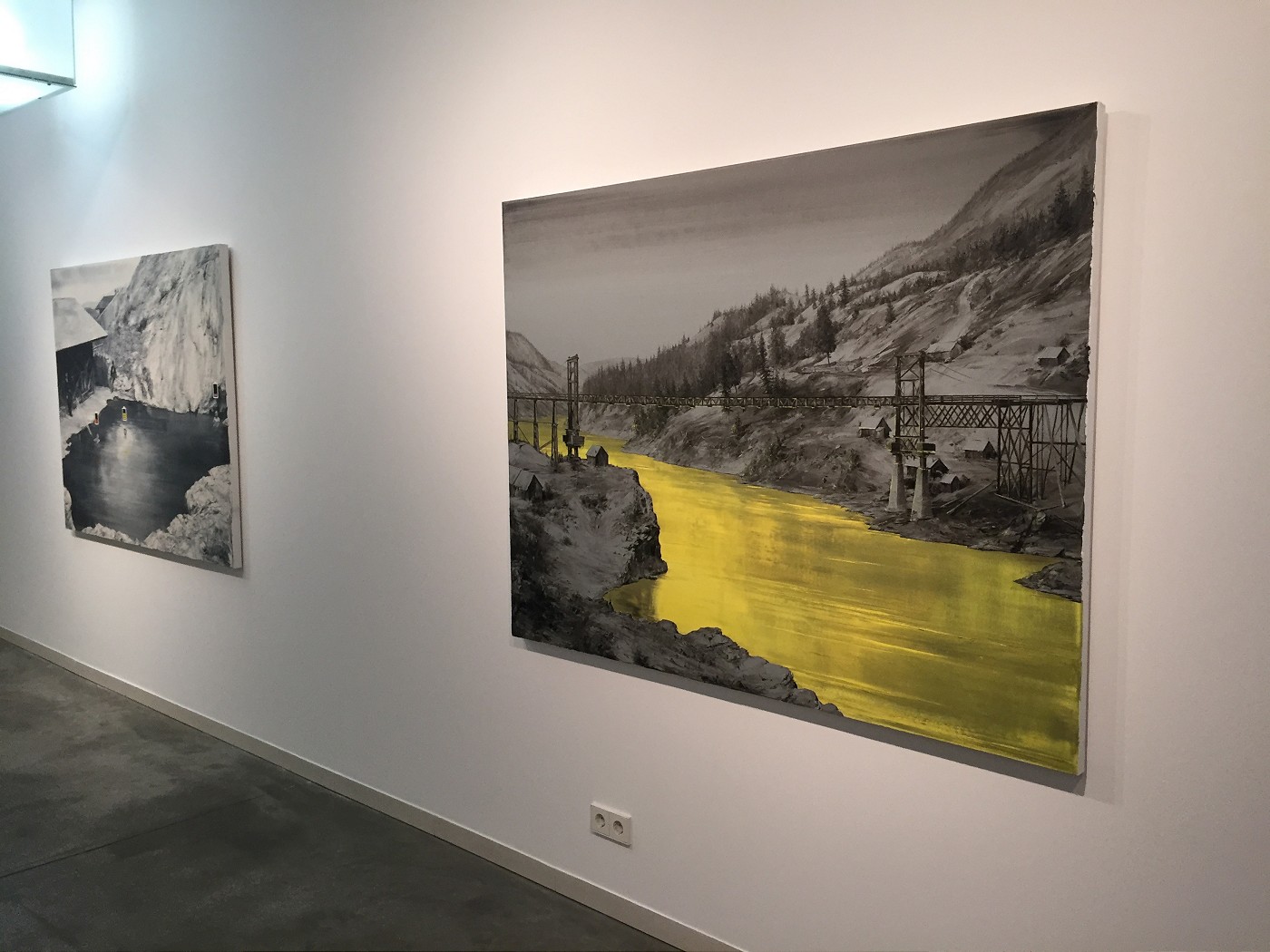 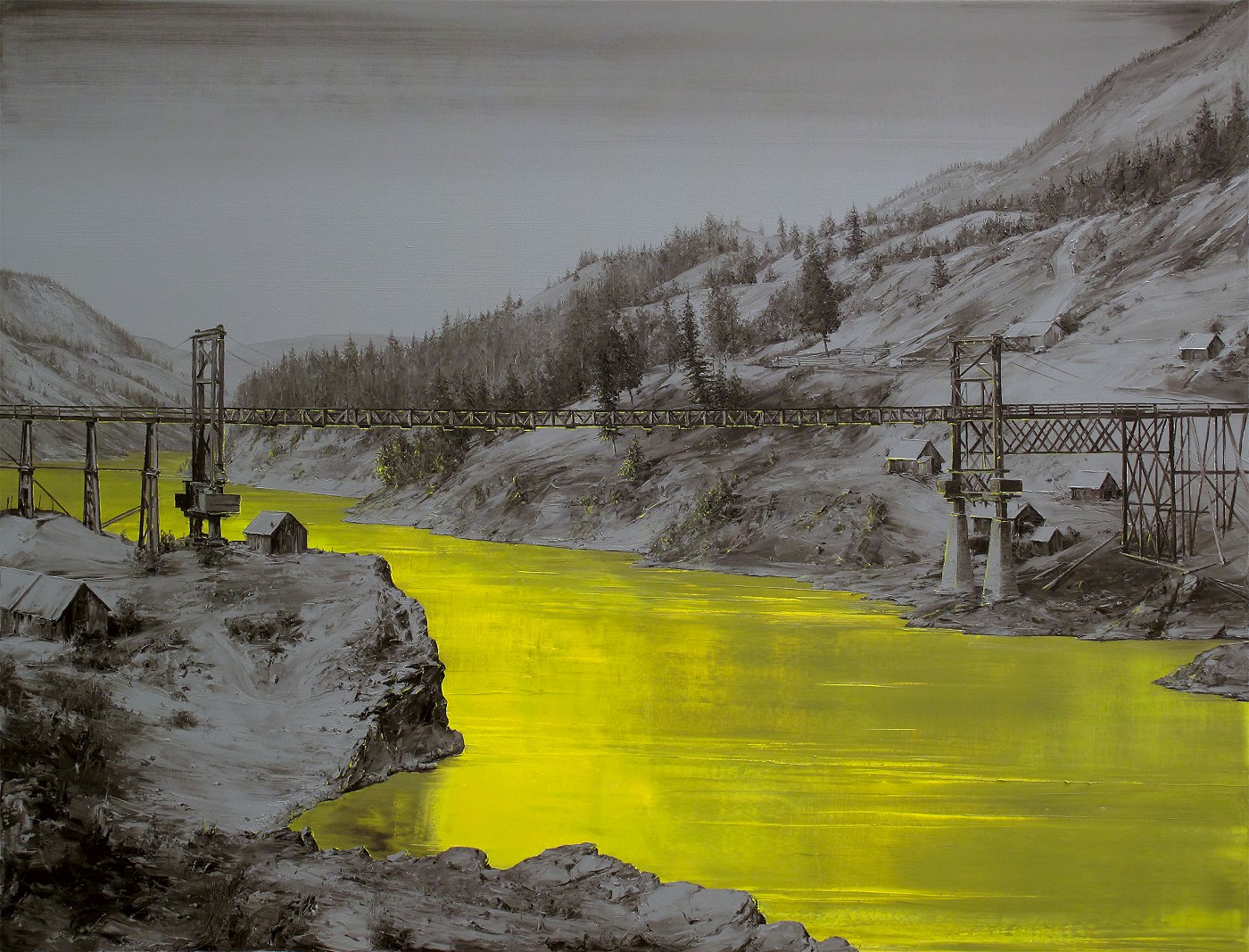 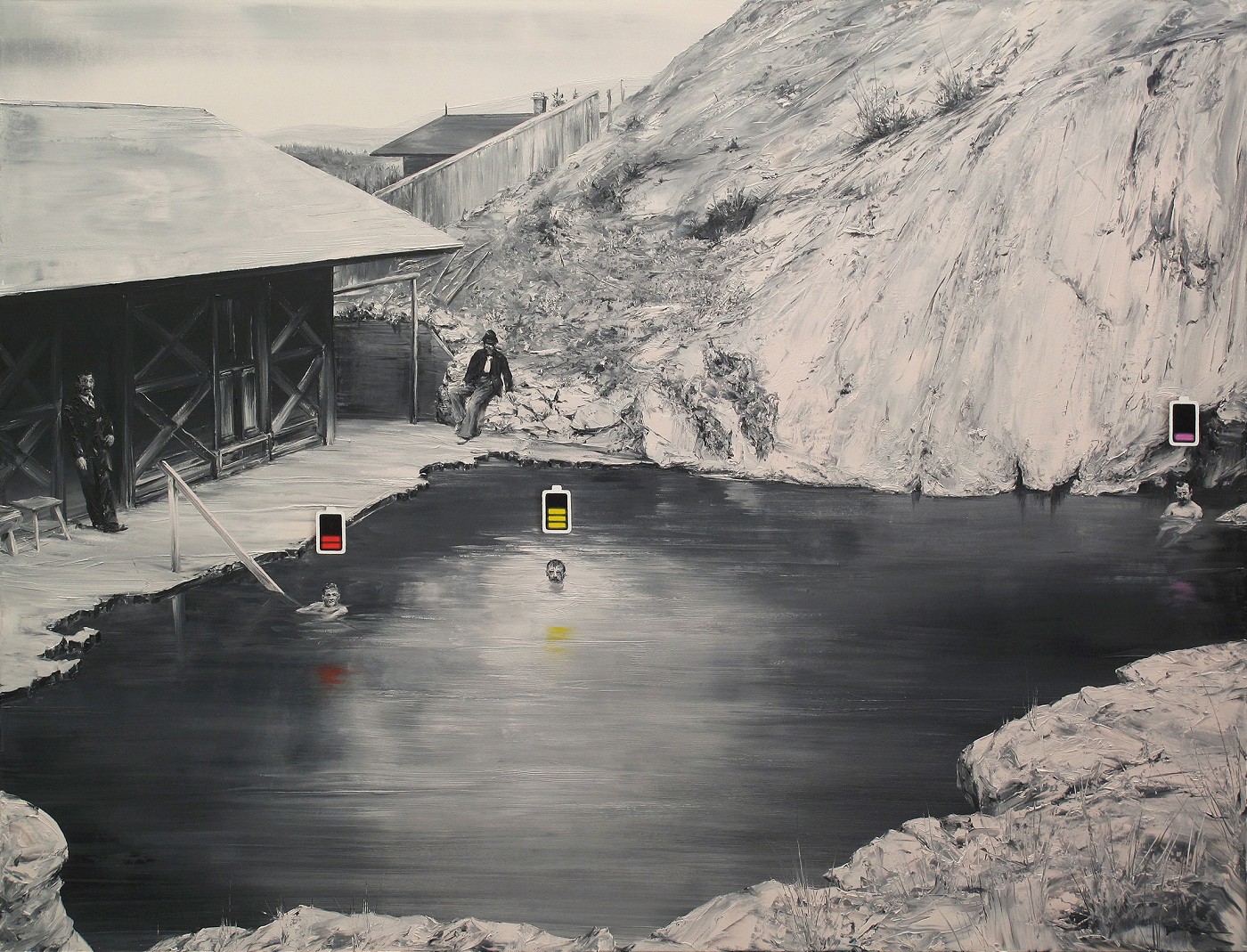 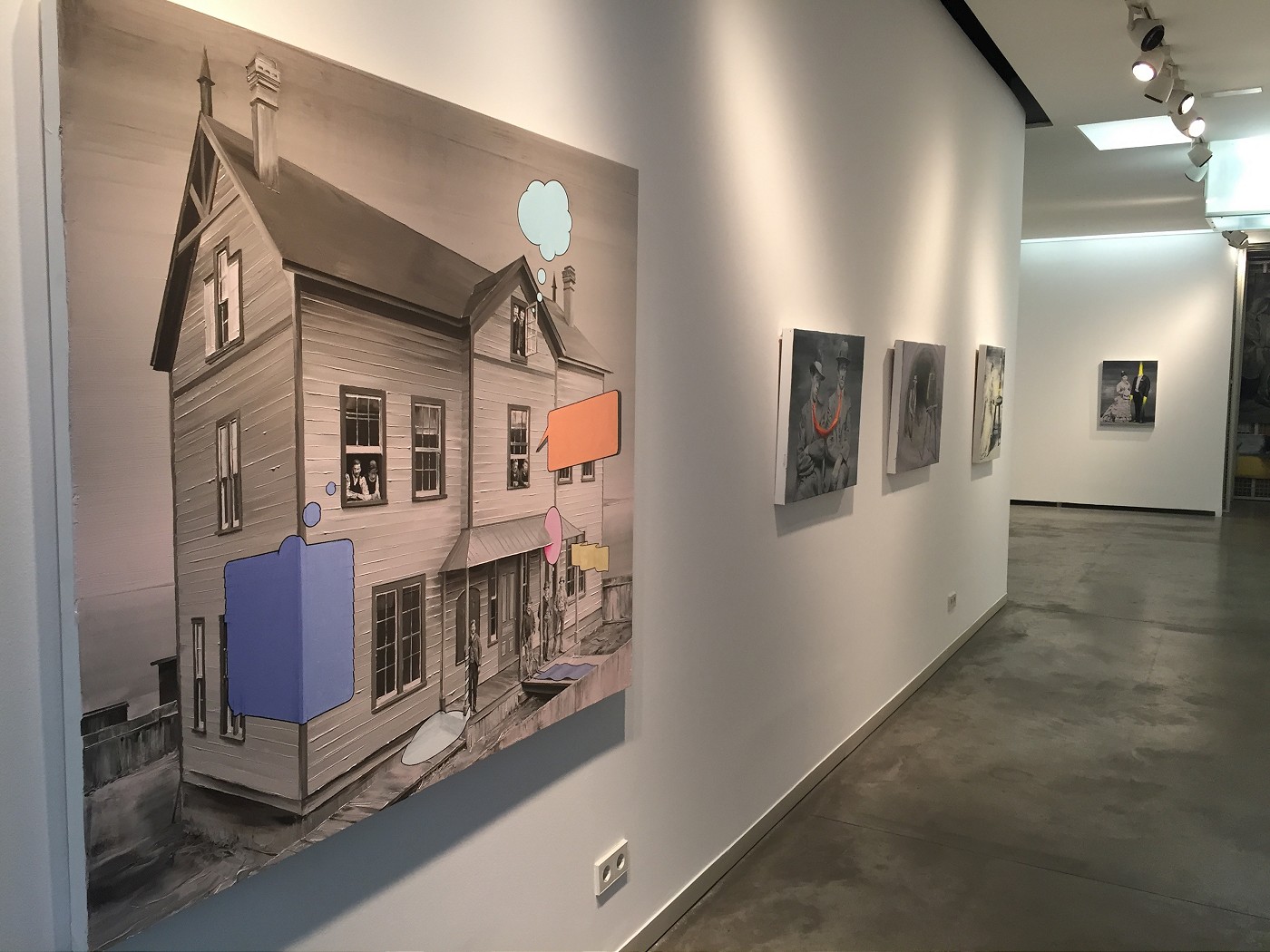