Last week we introduced to you The Crystal Ship festival that just took off on the streets of Ostend in Belgium. The second edition of the event produced an impressive selection of fresh public pieces, showing the consistent and recognizable curatorial efforts with very few exceptions.

Among 20 international and local artists, some of our personal standout pieces include the large wooden assemblage by Strook. Although not usually working in public, the Belgian artist created one of the more impressive pieces for the festival. The 9m high geometric based female portrait was built using wood from local beach houses, studios, homes, old boats and even part of a shipwreck. Keeping their original color, texture and elements, the artist immortalized the history of each of the pieces with his work.

Sebas Velasco painted a large portrait of fellow artist Pastel, wearing the jersey of a local club. Painted near a football stadium, the mural pays tribute to the football history of Oostende as well as city’s connection to the sea. Argentinian artist Bosoletti created a large negative image of a young girl, based on an old photograph from after the World War period. The idea of the work is to show how hard it can be to remember and find out the truth about times past. Phlegm was one of the first artists to complete his mural which features signature creatures from his peculiar world. Showing both unprecedented work discipline and dedication, as well as his illustration and painting skills, the hyper-detailed image is highlights the Sheffield-based artist’s progress towards the use of depth in his work. Argentinian-born artist Hyuro painted a recognizable piece depicting women’s hands putting together broken ceramic bowls. The subtle image symbolizes the efforts needed to put things together, especially in context of Brussels being EU’s capital while Belgium still holds a curious record for not having government for the longest period of time. 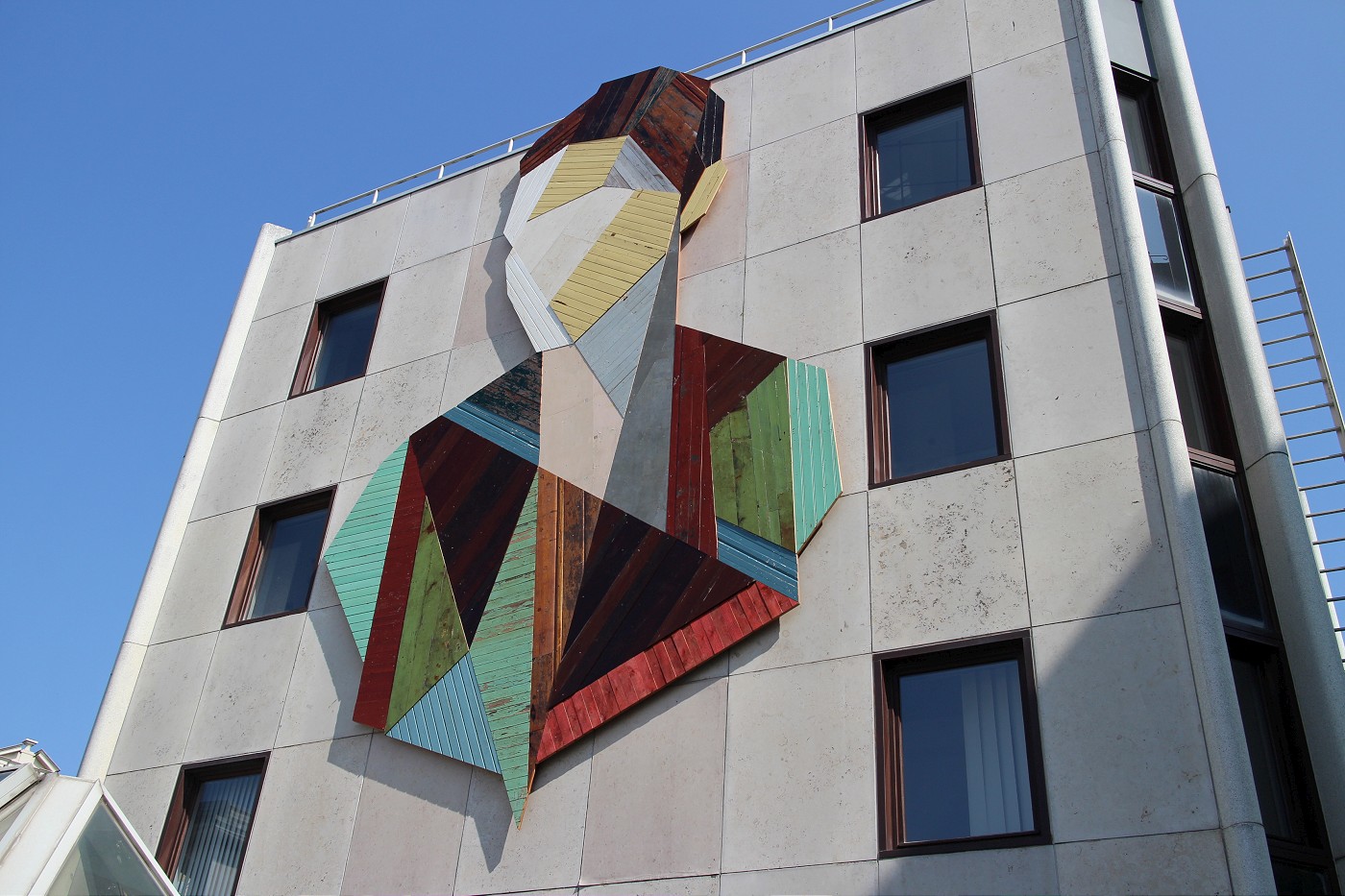 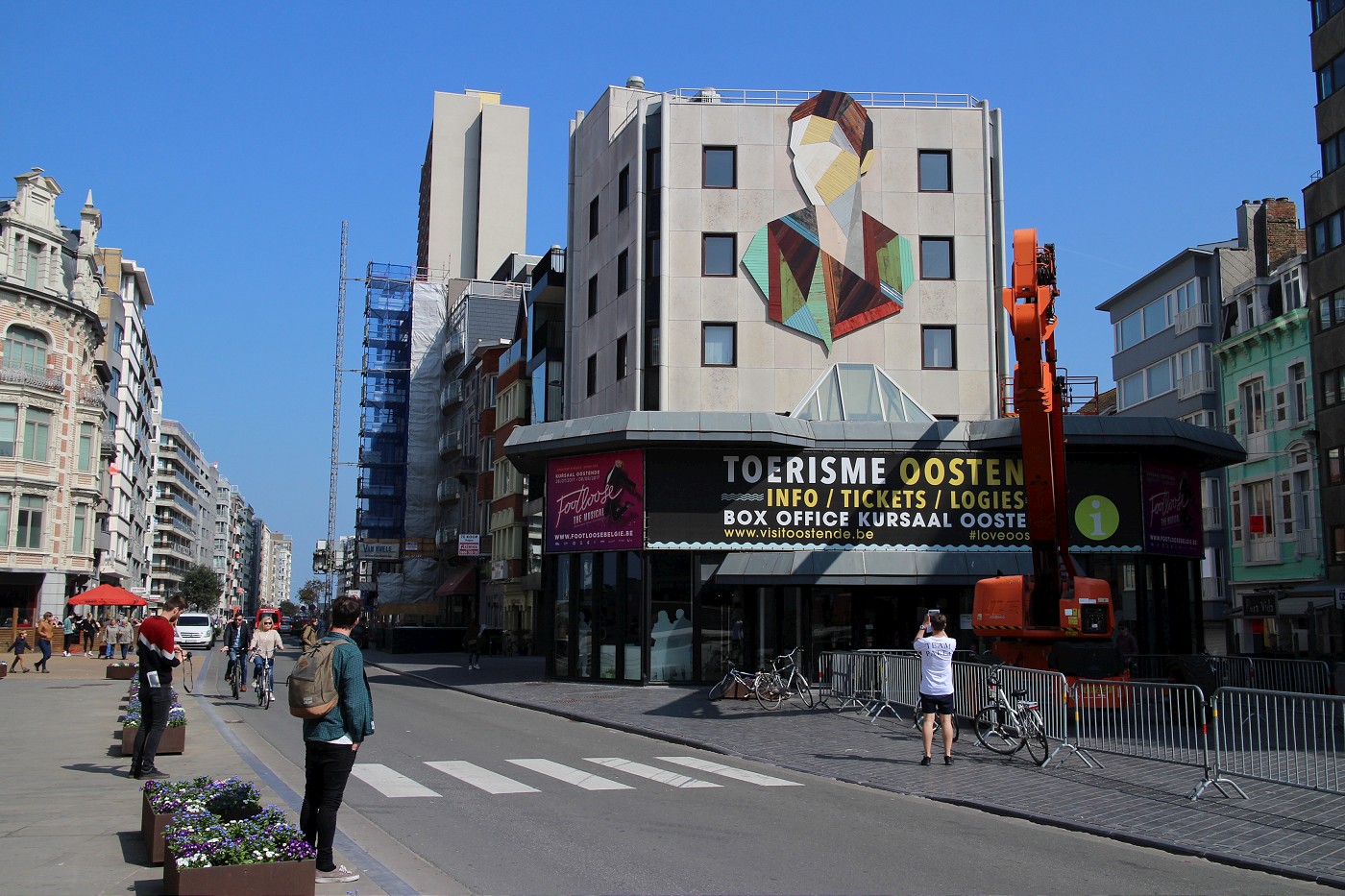 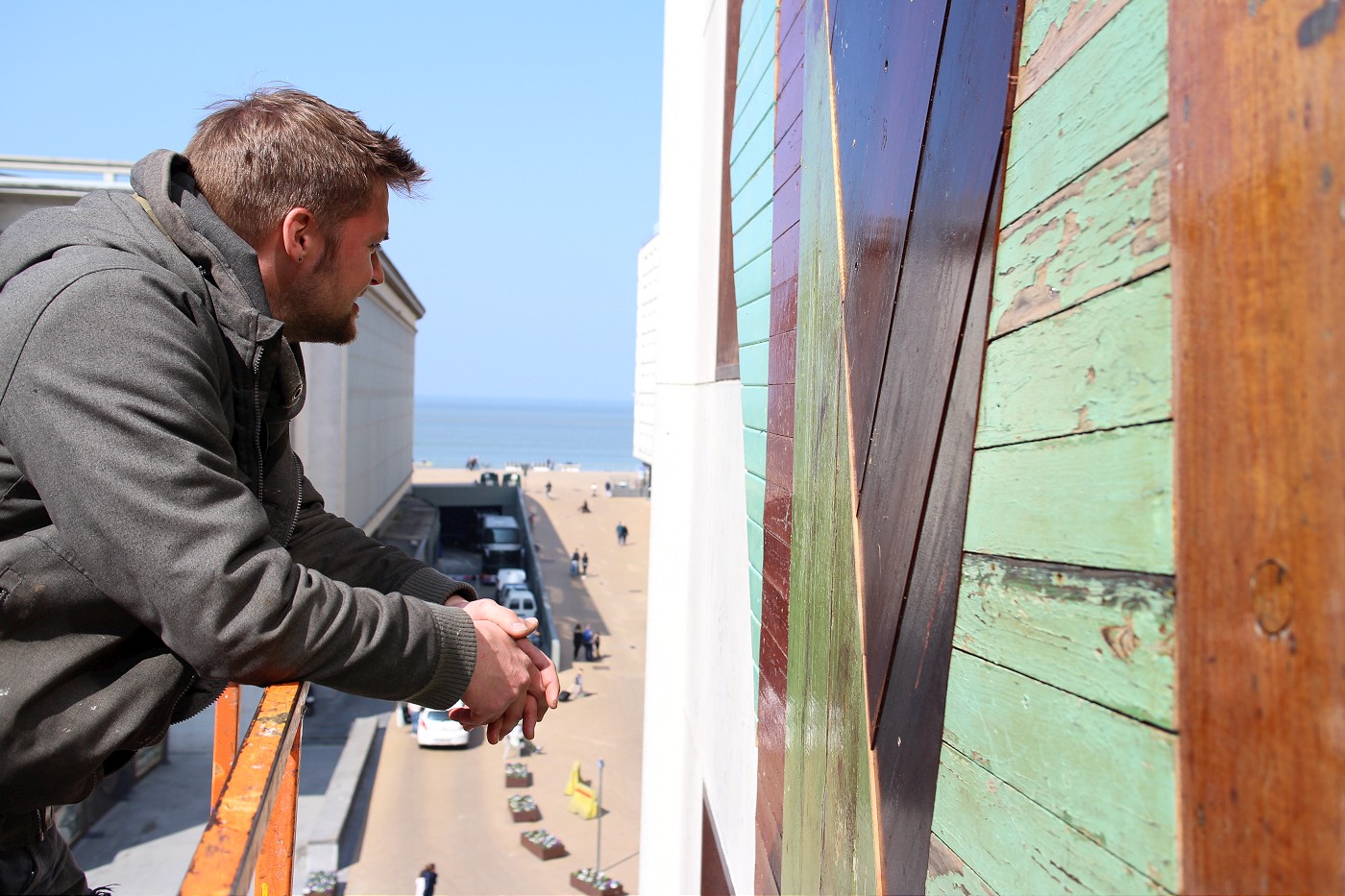 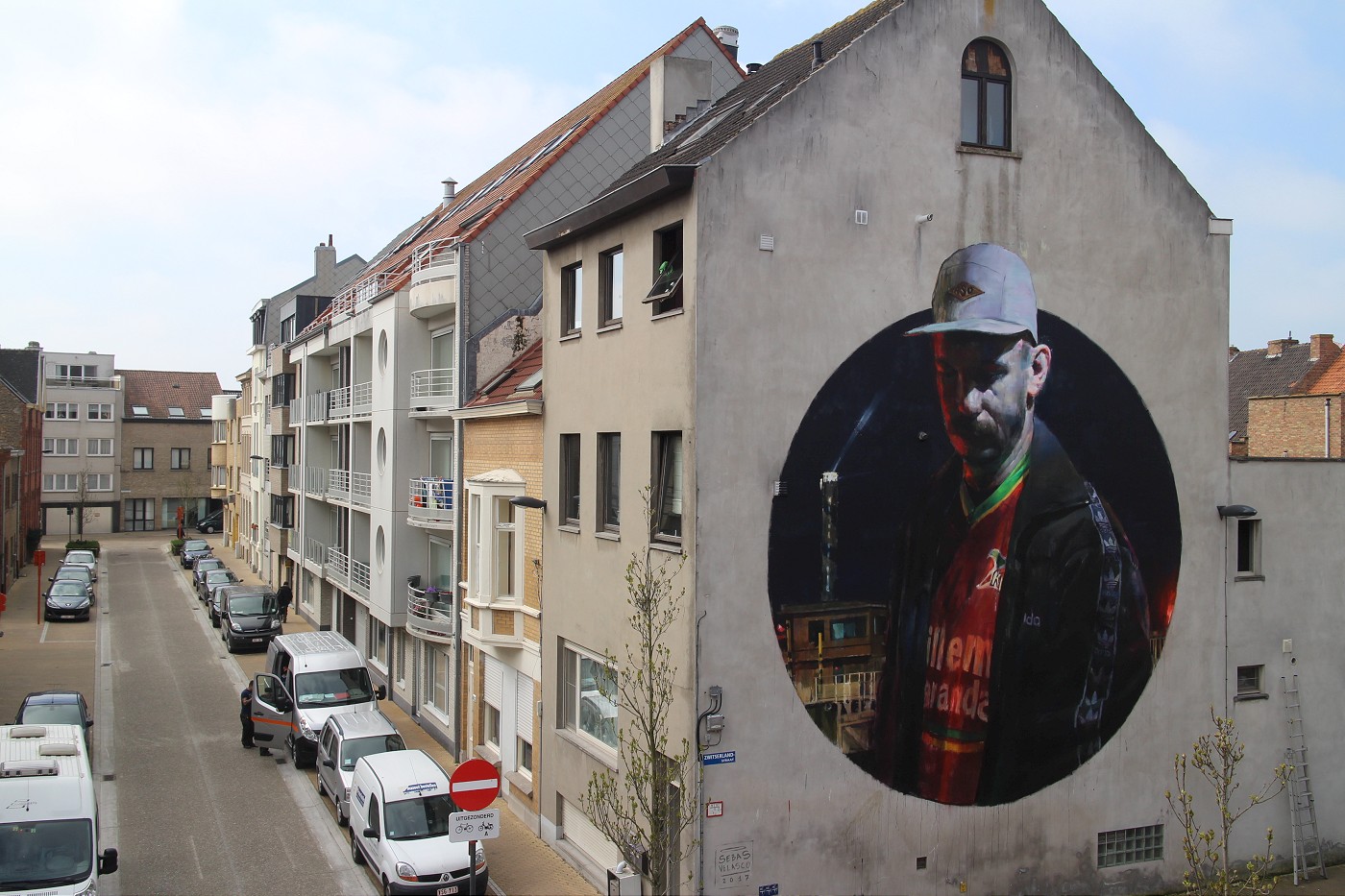 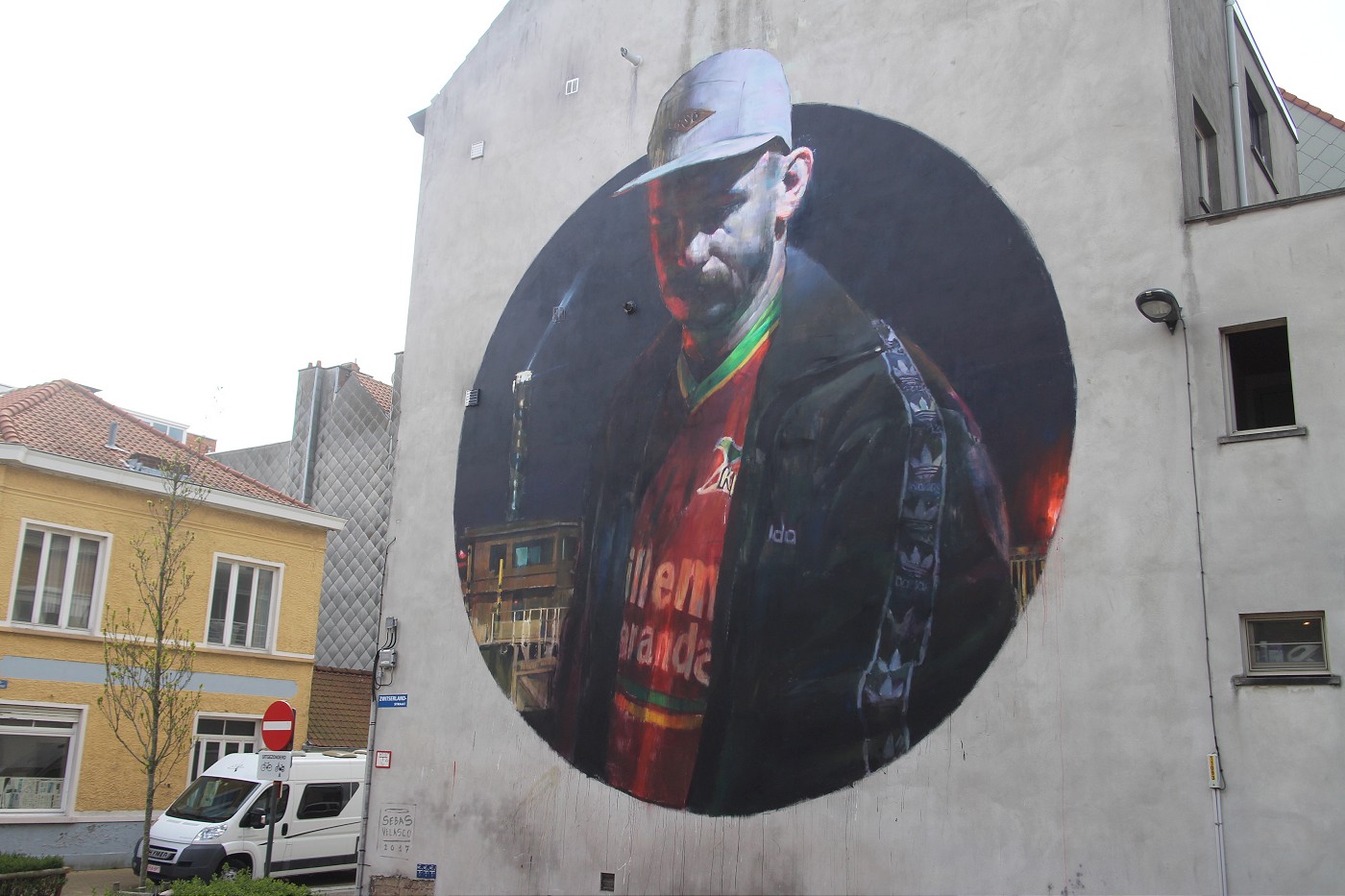 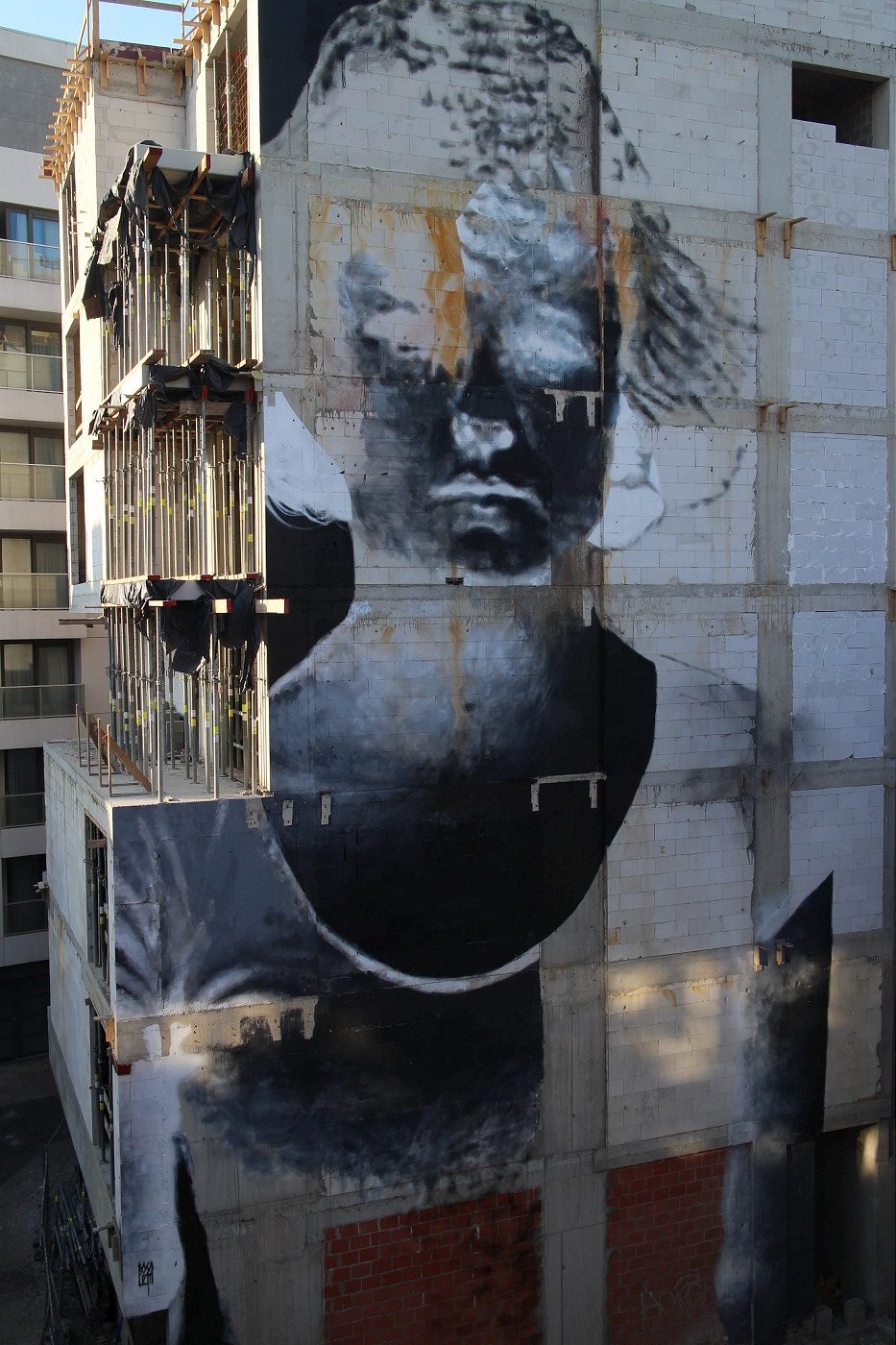 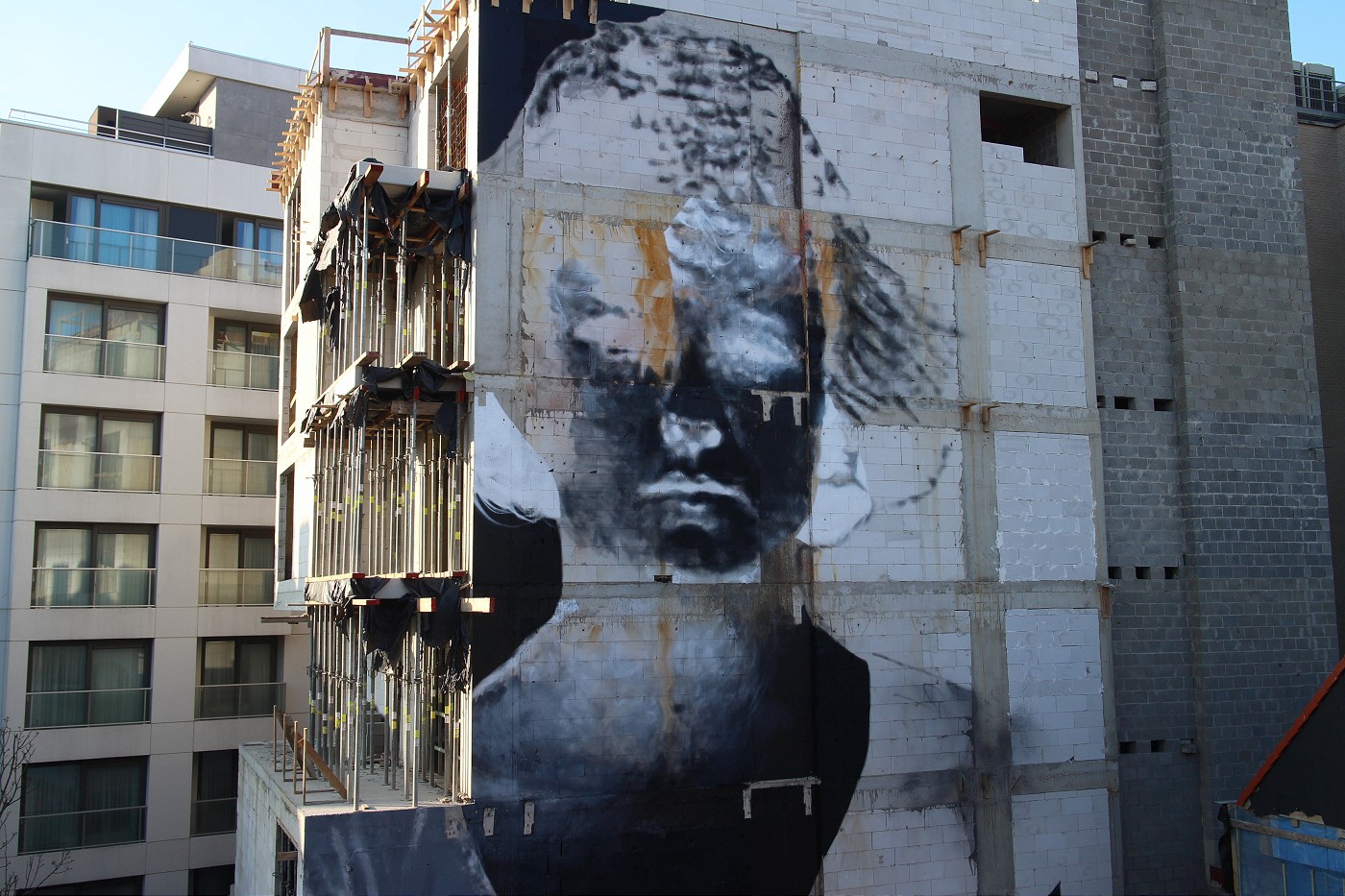 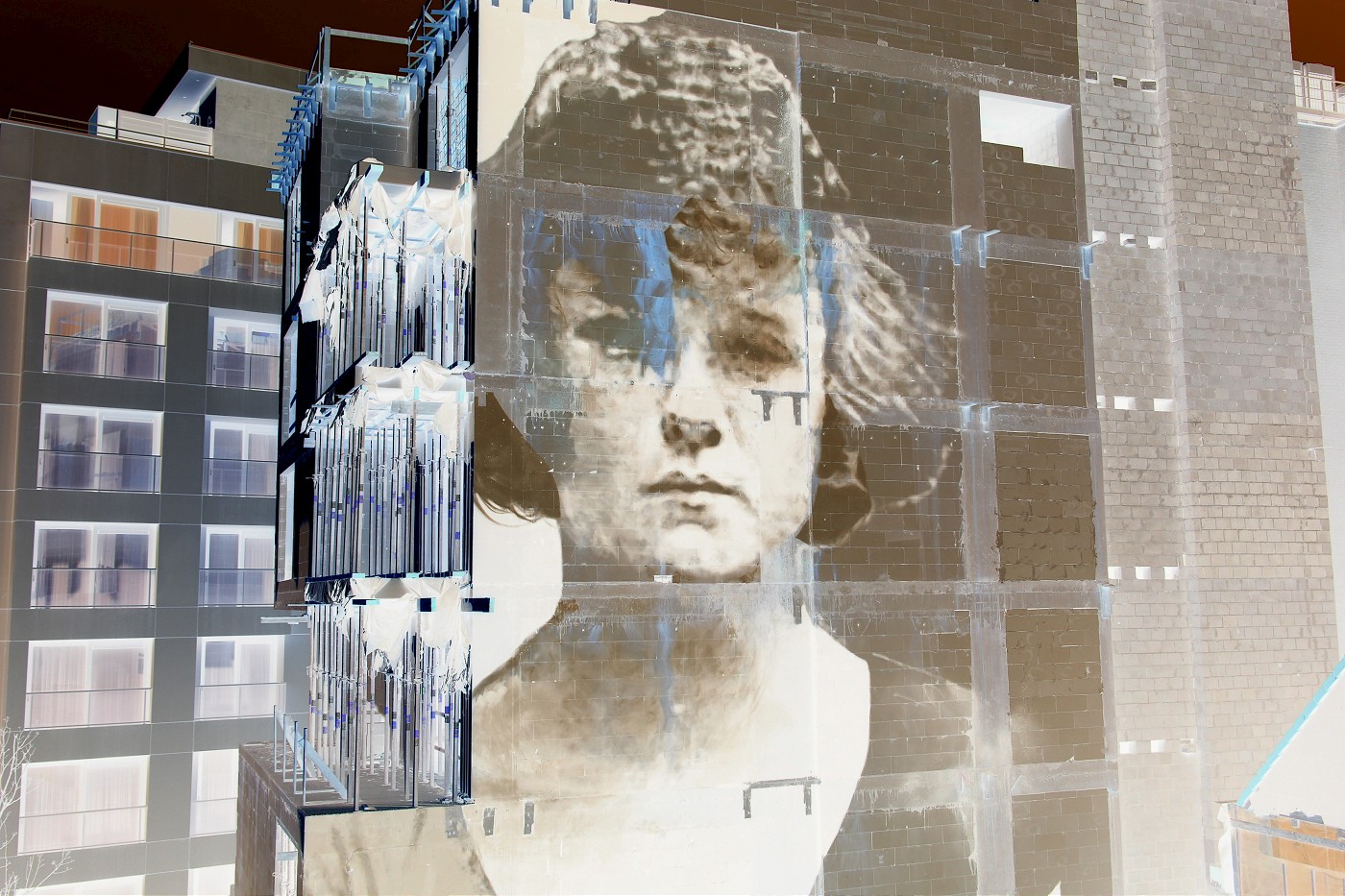