The 16th edition of Nuart Festival brought some of the most popular street and urban artists to Stavanger, invited creatives that usually don’t work in public as well as few names that already participated in the festival years ago. Here is part II of our final recap (see part I here) of Nuart 2016 and the murals, public works and interventions created in the last couple of weeks.

One of the highlights this year was surely Robert Montgomery with the conceptual, poetic pieces that have been shown at the 2011 Venice Biennale and The Kochi-Muziris Biennale. During his stay in Norway, the Scottish-born artist painted a new piece on a local house, pasted up some of his poetic texts, as well as did a couple of ad takeovers around town. Speaking of ad takeovers, Peter Kennard and Cat Phillipps better known as KennardPhillipps also pasted several pieces around Stavanger during their stay in the city. Their politically engaged Photoshop collages created from newspaper cutouts and media screenshots were put up on a large billboard in the city center as well as left on some of the walls. Speaking of taking over the public space, Argentinian artist Hyuro created a large conceptual piece for her 2nd Nuart residency. By painting a large cloth that covers a large facade of a newly built residential building, the Argentinian artist symbolically claimed this space with an old fashioned gesture. Without painting an explicit image, she stripped the street art of its visual value and minimized the action to conceptual action. Another returnee to the festival, Evol, created a new series of small residential buildings by stenciling the electricity boxes in the alley around city center. Using all their existing elements as part of his work, he brought new life into these everyday objects, usually virtually invisible to a regular passerby. Finally, Axel Void was another artist that pushed his limits with his work for Nuart – working on a wall that is facing the local kindergarten, the artist known for his often dark and even morbid images painted a portrait of a local kid (son of the festival founder and director), holding a brick house. Slightly brighter than his usual work, he added another dose of playfulness by using vibrant colors in the textual part of the piece that spells “KLOSSER” (bricks/blocks). Along with painting this mural, the Miami-based artist shot an accompanying video with the local children that is yet to be released. 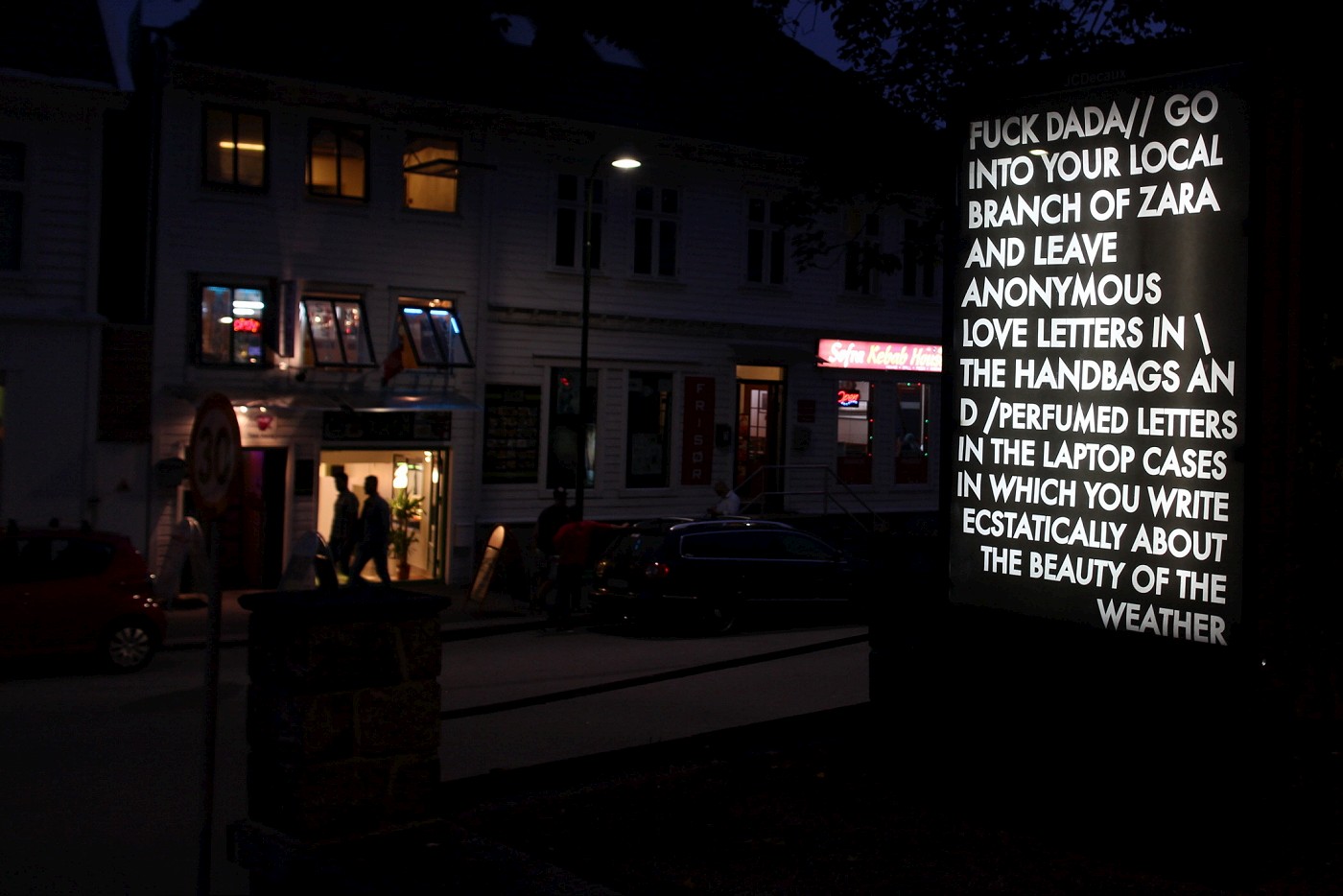 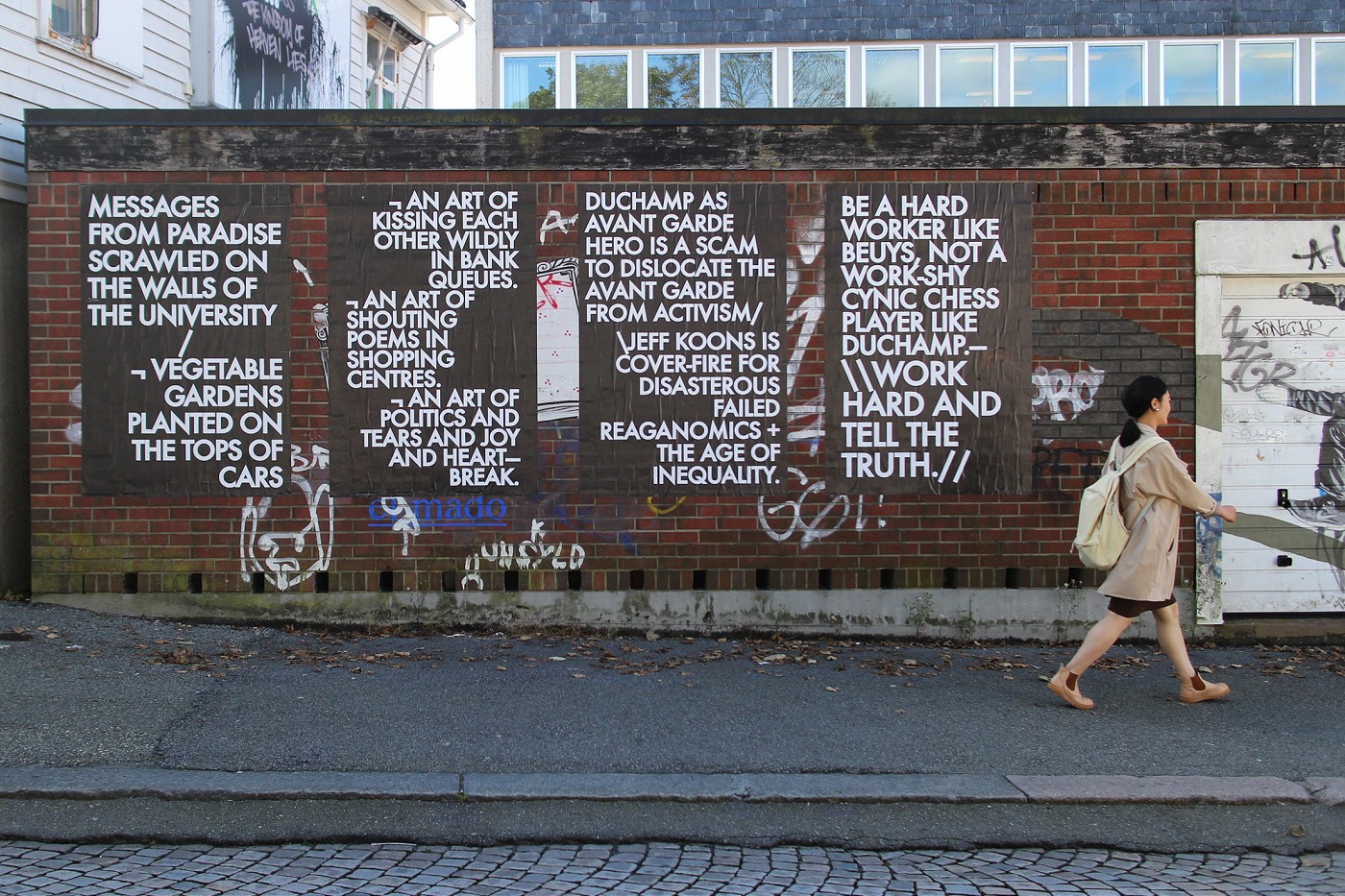 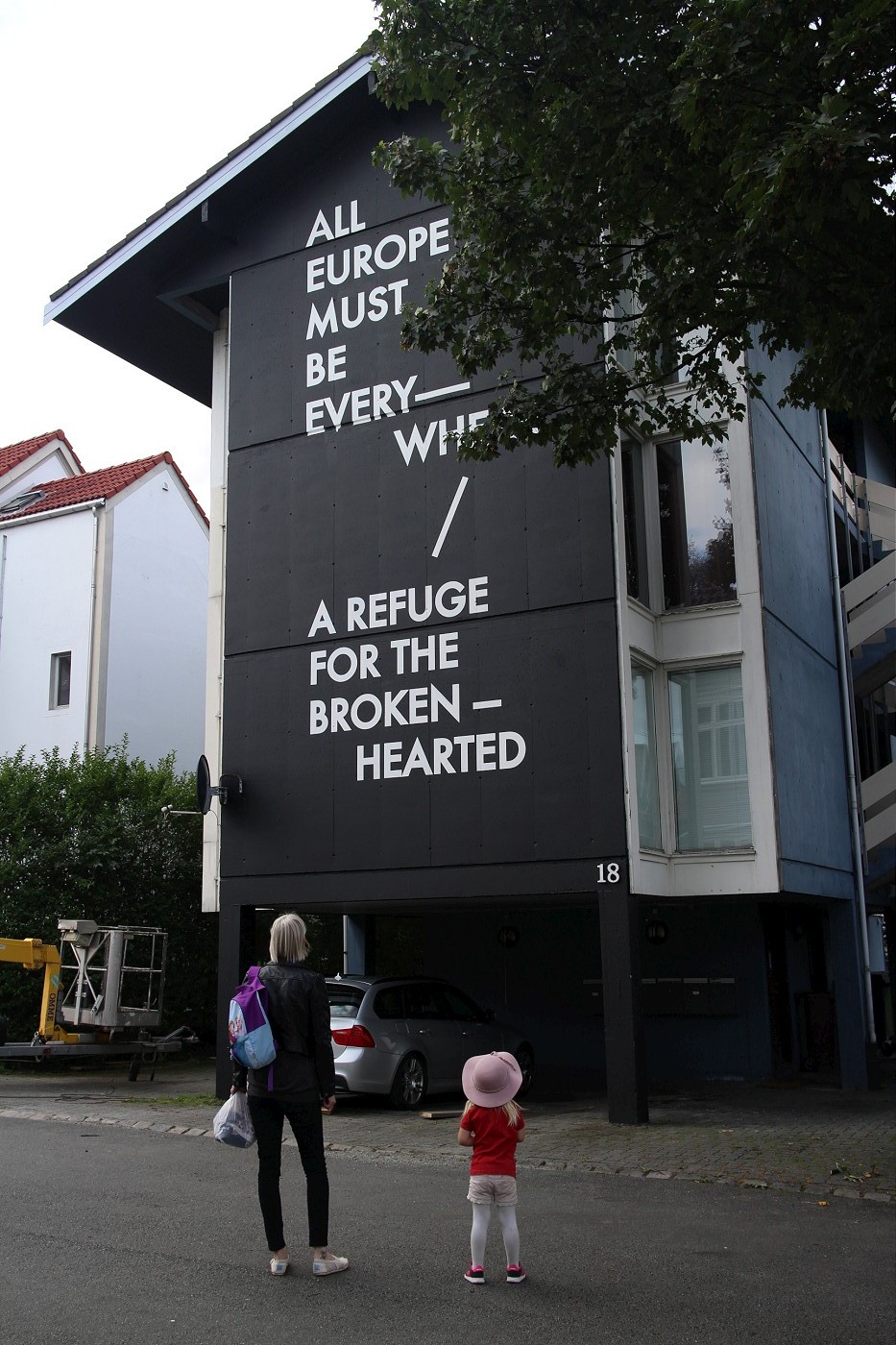 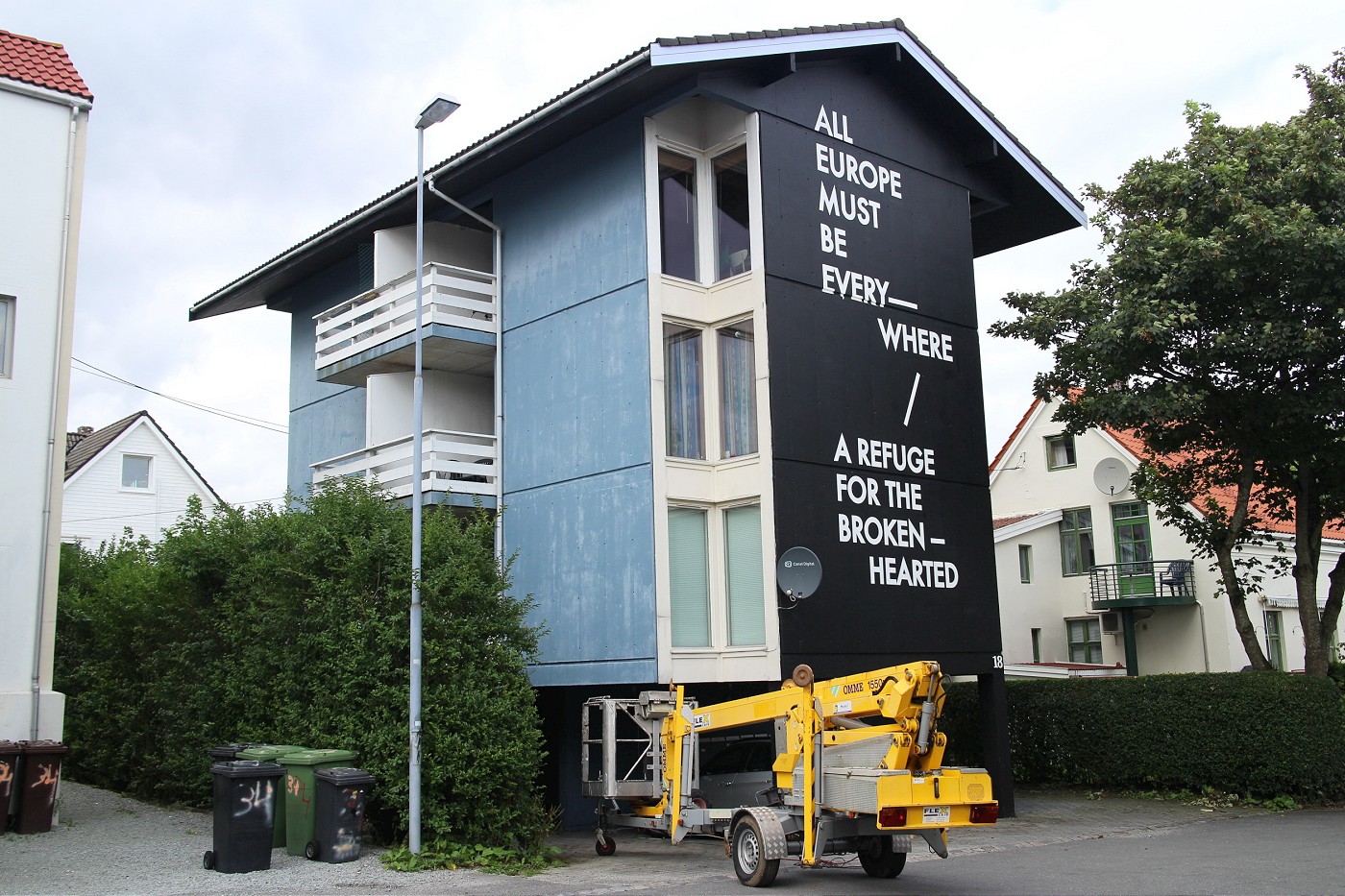 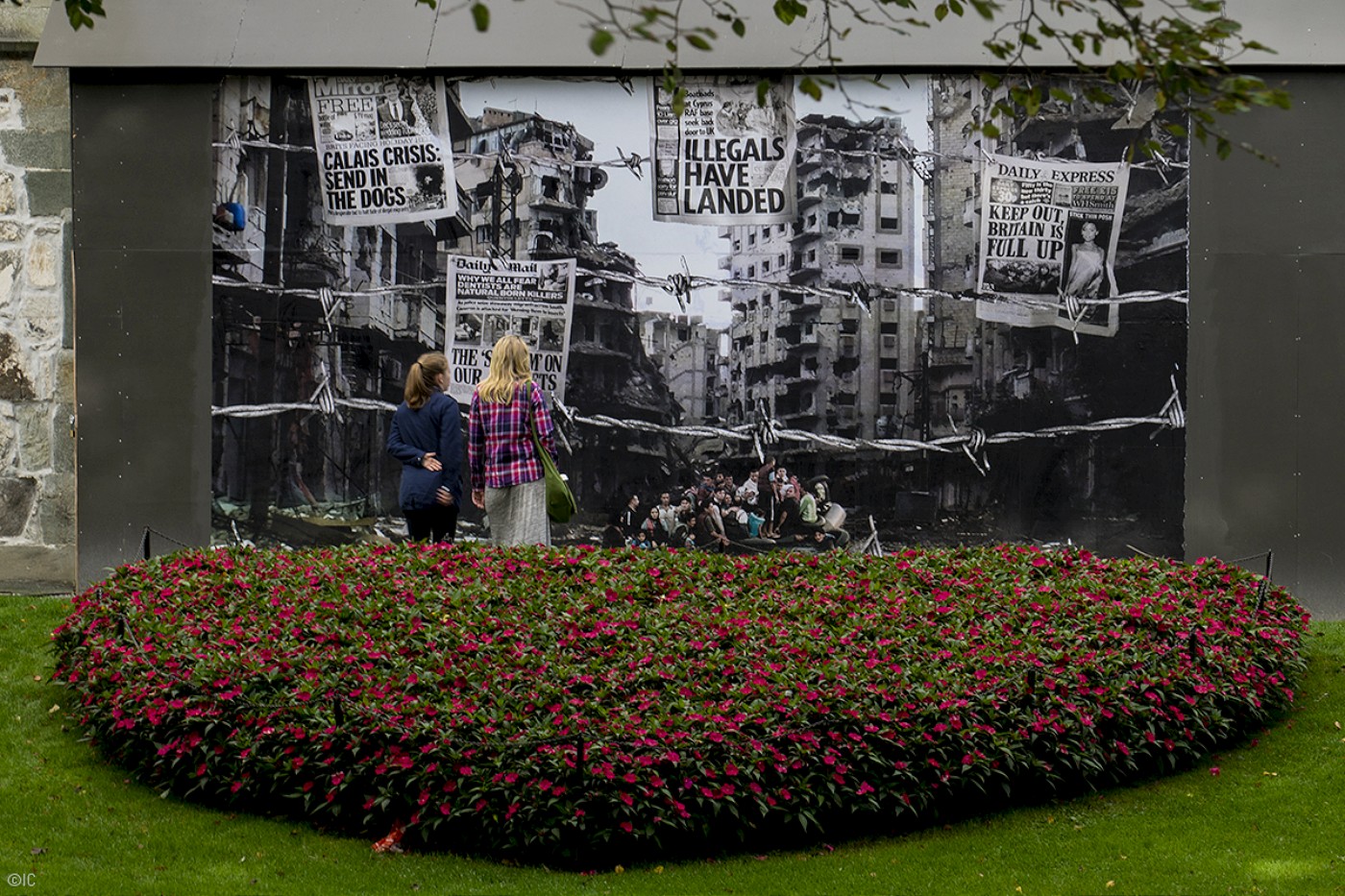 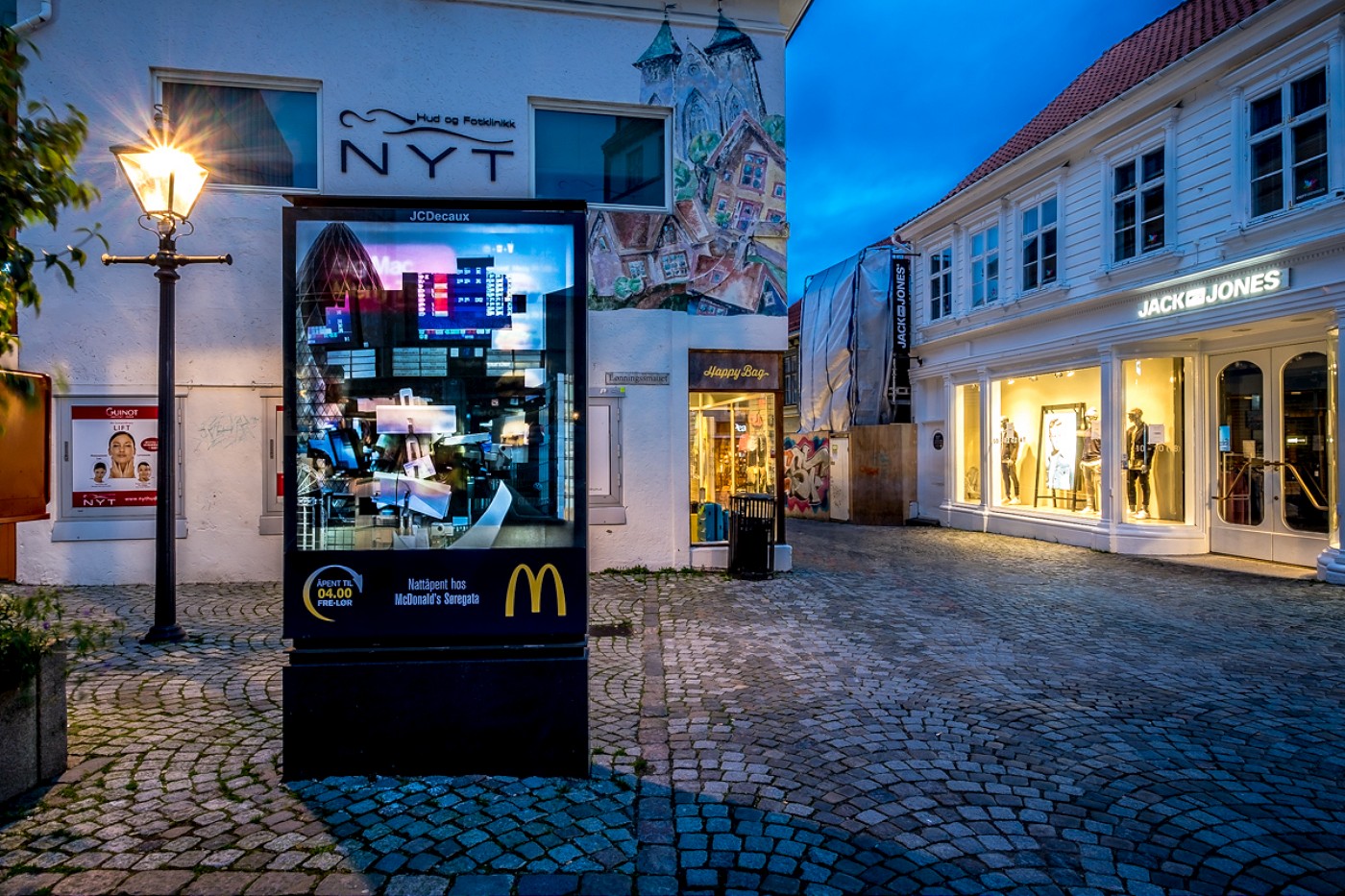 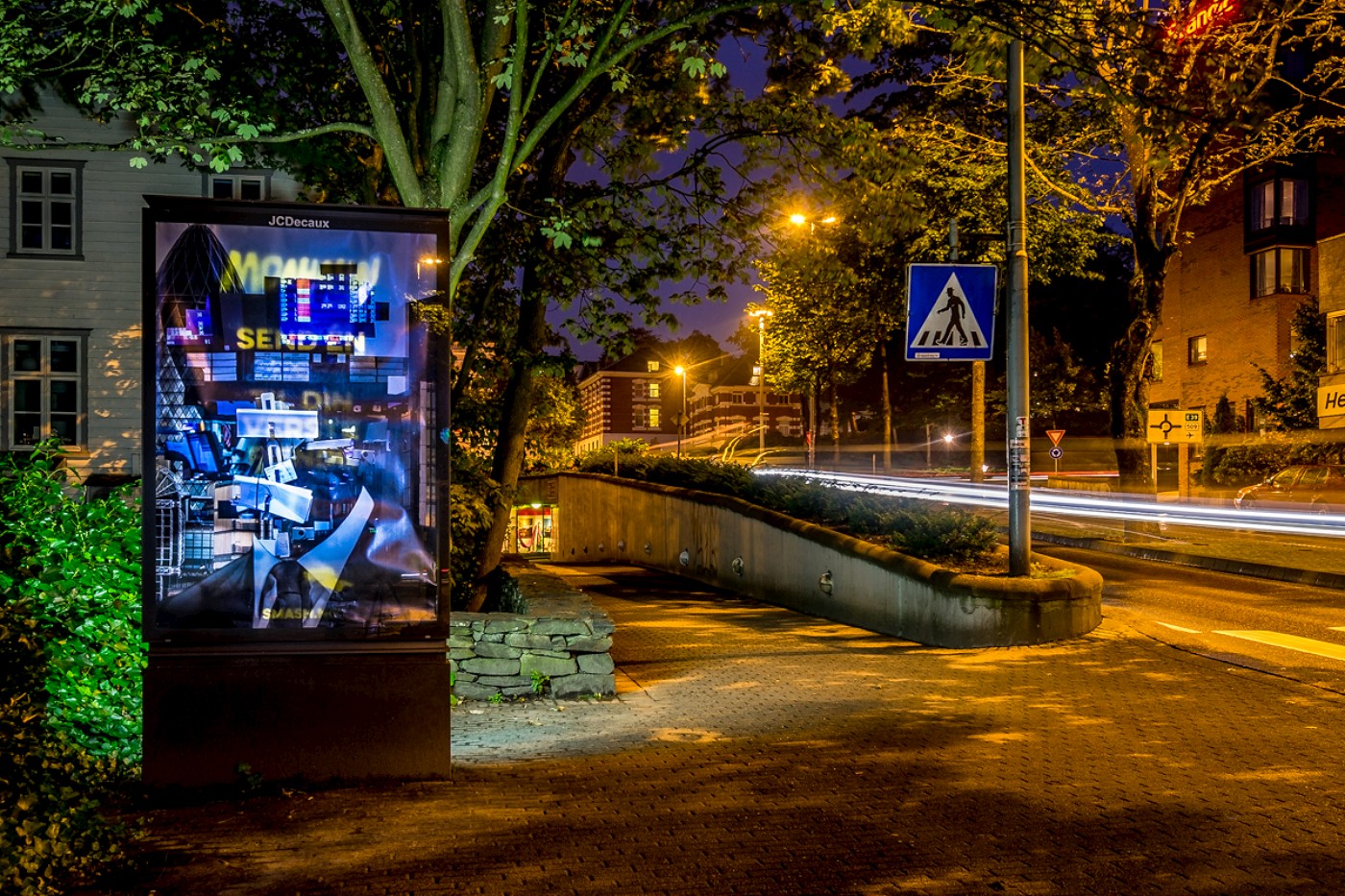 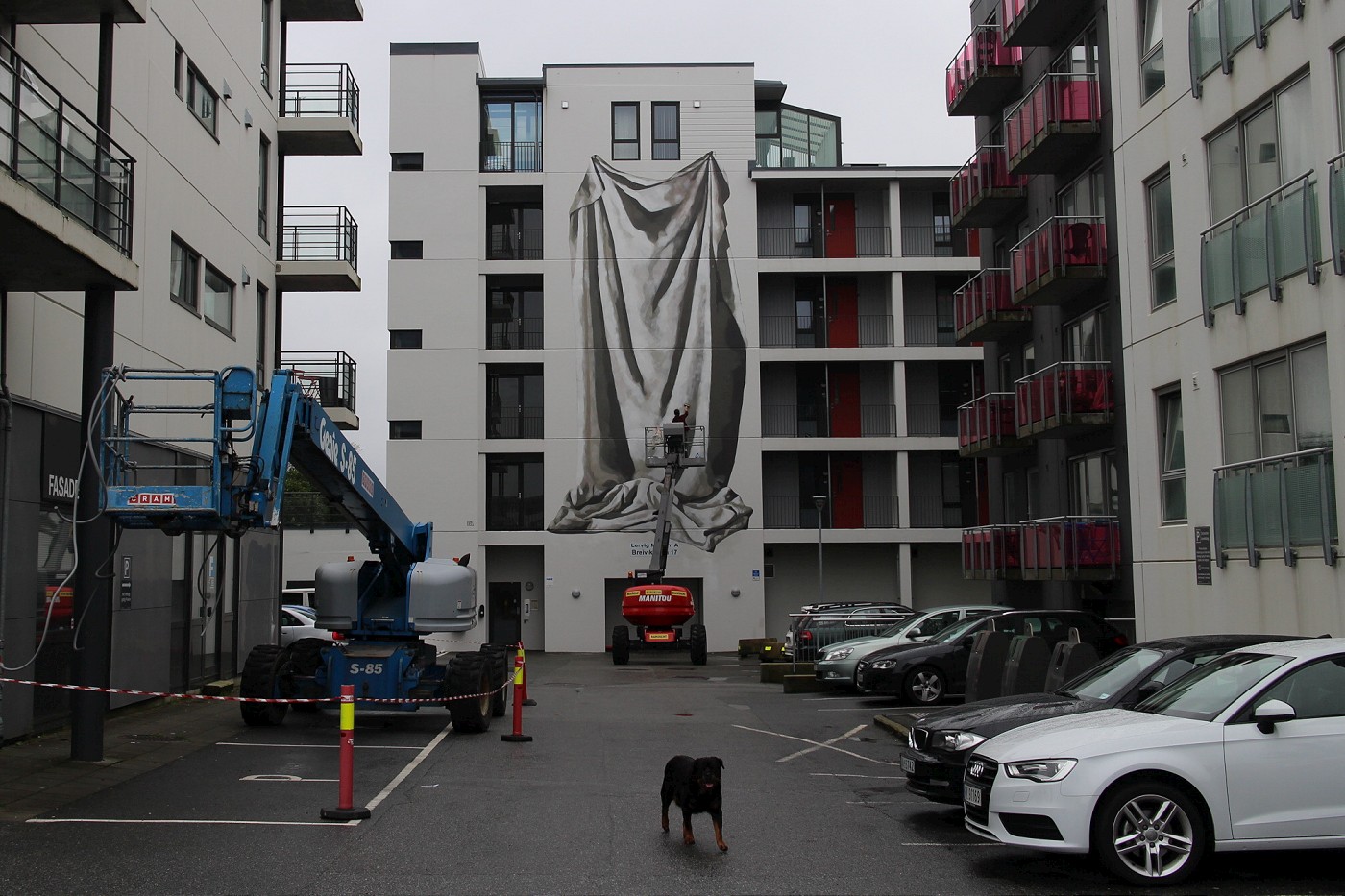