While AM is getting ready for trip to Norway for Nuart 2016, we just received couple of work in progress photos by festival photographers Brian Tallman, John Rodger and Calum Lasham. Giving us a taste of what is currently happening on the streets of Stavanger, these shots are just a teaser of what this year’s edition will produce in the Norwegian oil capital.

Australian artist Fintan Magee is working on a massive piece on some local silos, right next to his Norwegian colleague Henrik Uldalen who is painting his second ever outdoor mural. Axel Void is already quite far along with his portraiture mural while Italian artist Eron worked on a piece that addresses the touchy subject of dolphin and whale slaughter. All the participating artists are currently busy both with their public works and with preparing their indoor installations that will open and be presented to public on Saturday (September 10th) at 19:00 at the Tou Scene Centre for Contemporary Art. The show will stay on view through the 16th of October. Along with creating and showing art, the festival organizers have also prepared series of talks, presentations, workshops, panel debates, film screenings and more. These will take place from September 8-10 at Tou Scene, and will focus broadly on Henri Lefebvre’s Rights to the City concept, on the 100th anniversary of Dada movement, and 500th anniversary of Thomas More’s book Utopia. 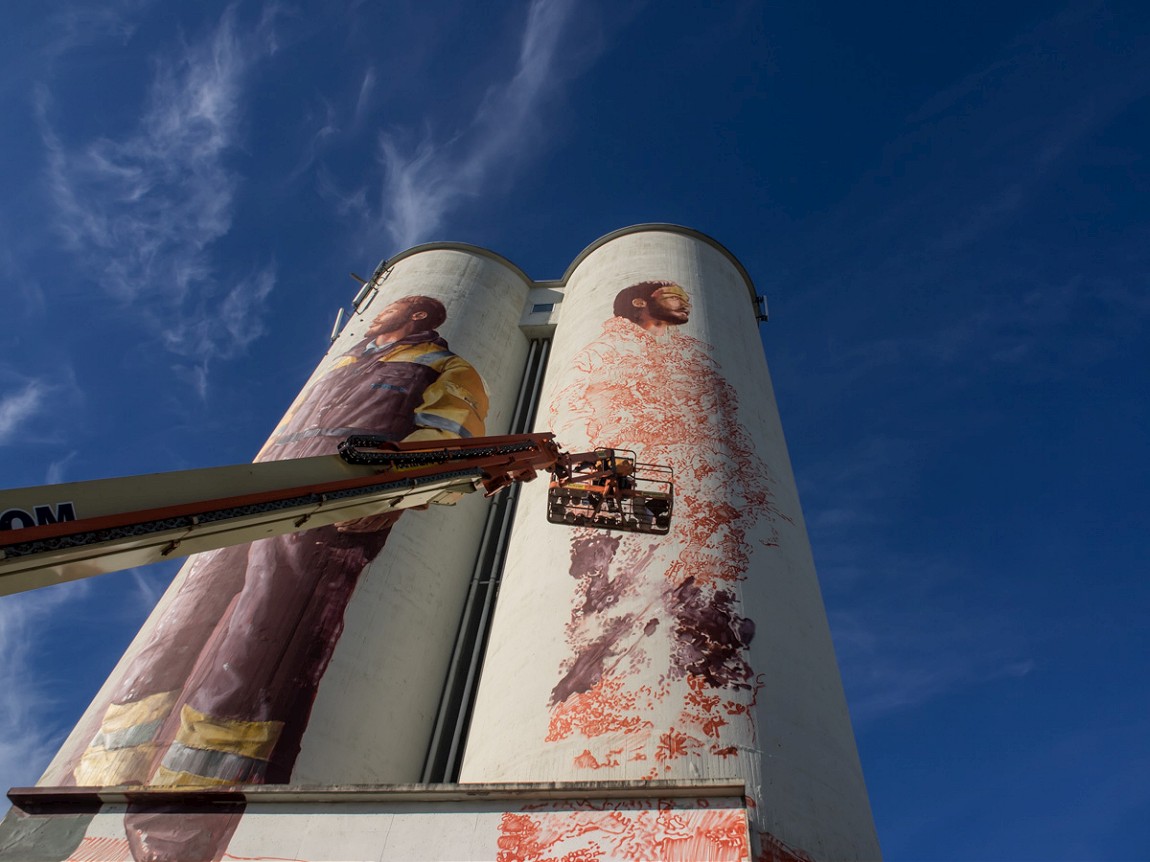 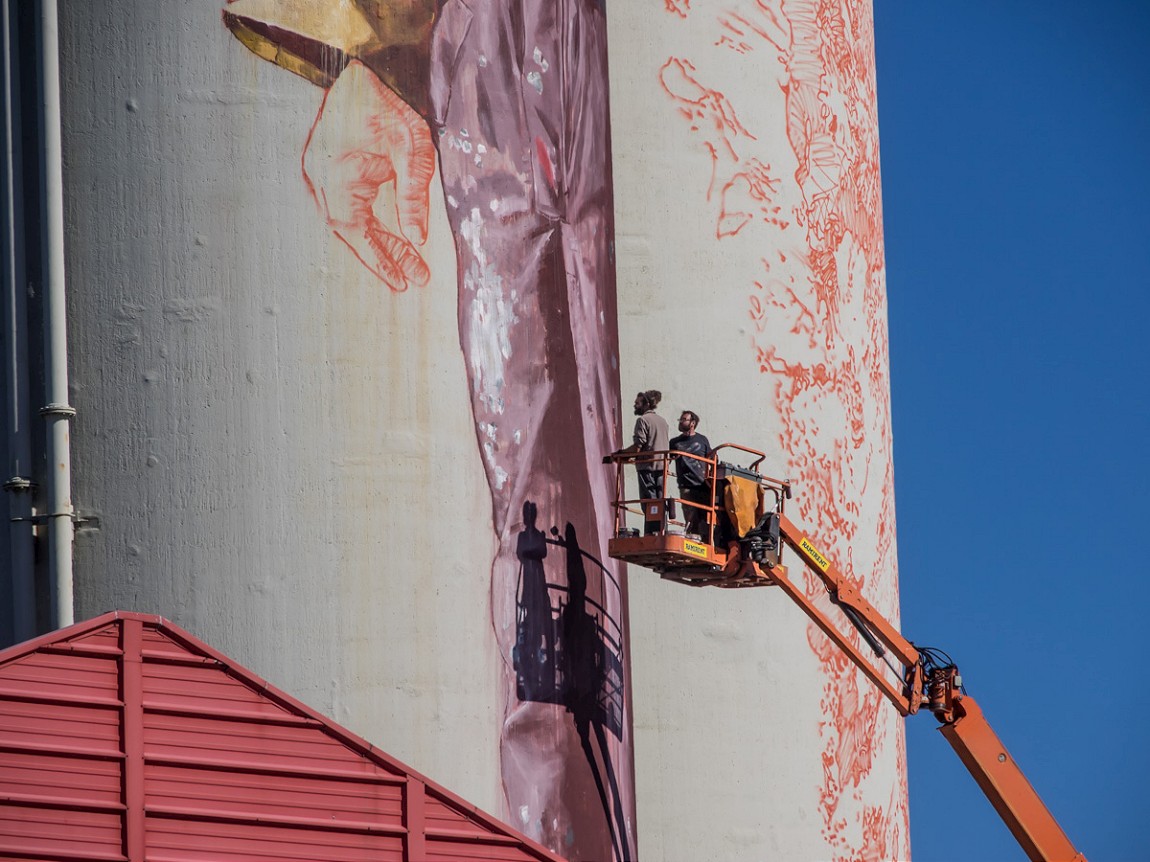 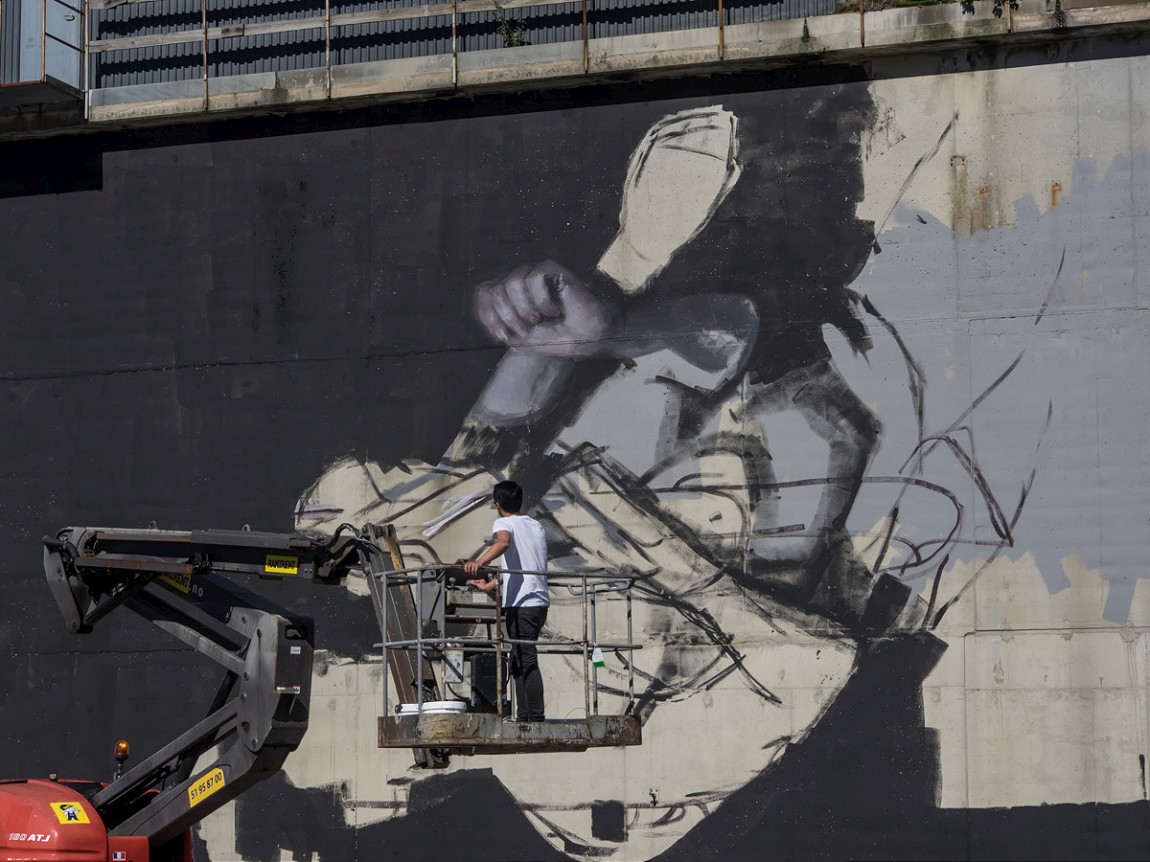 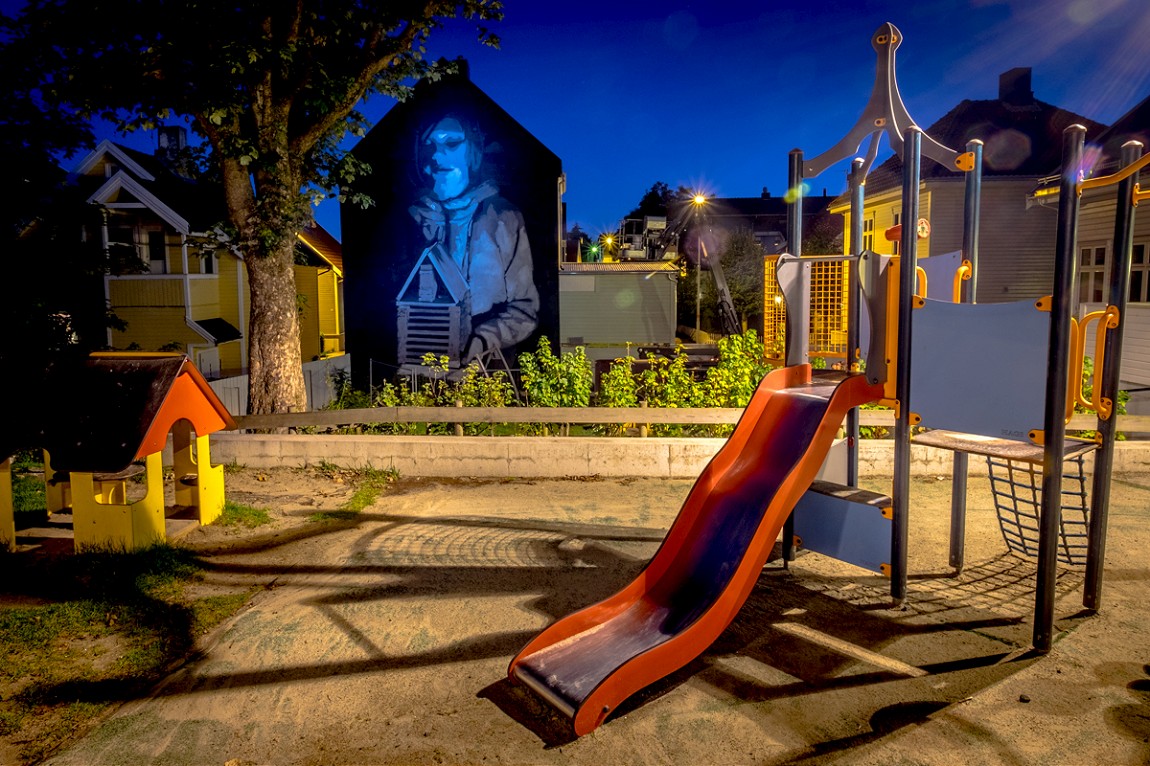 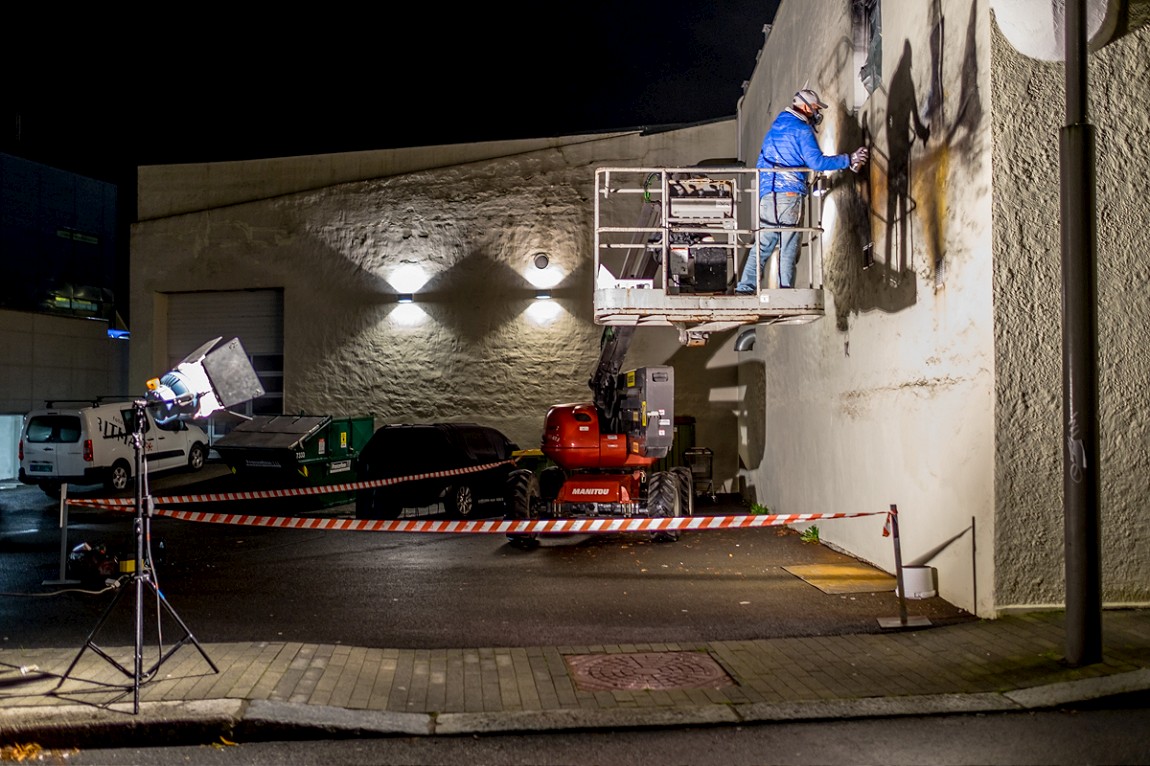 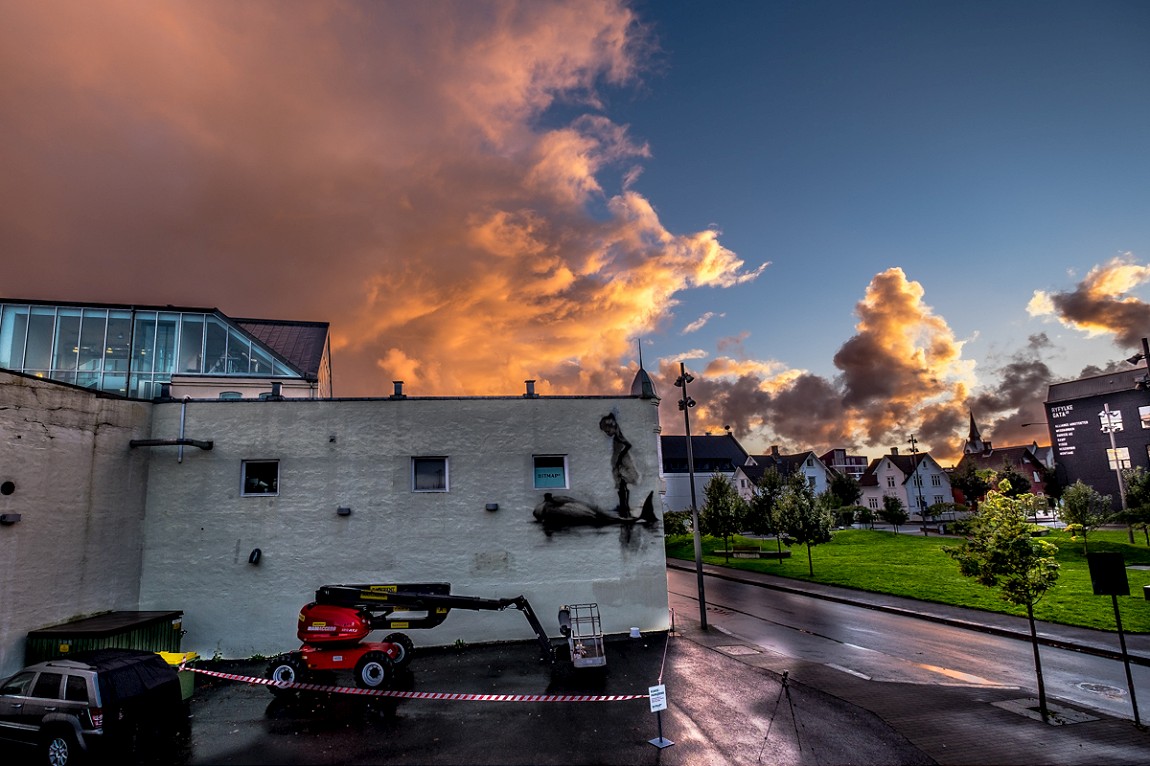 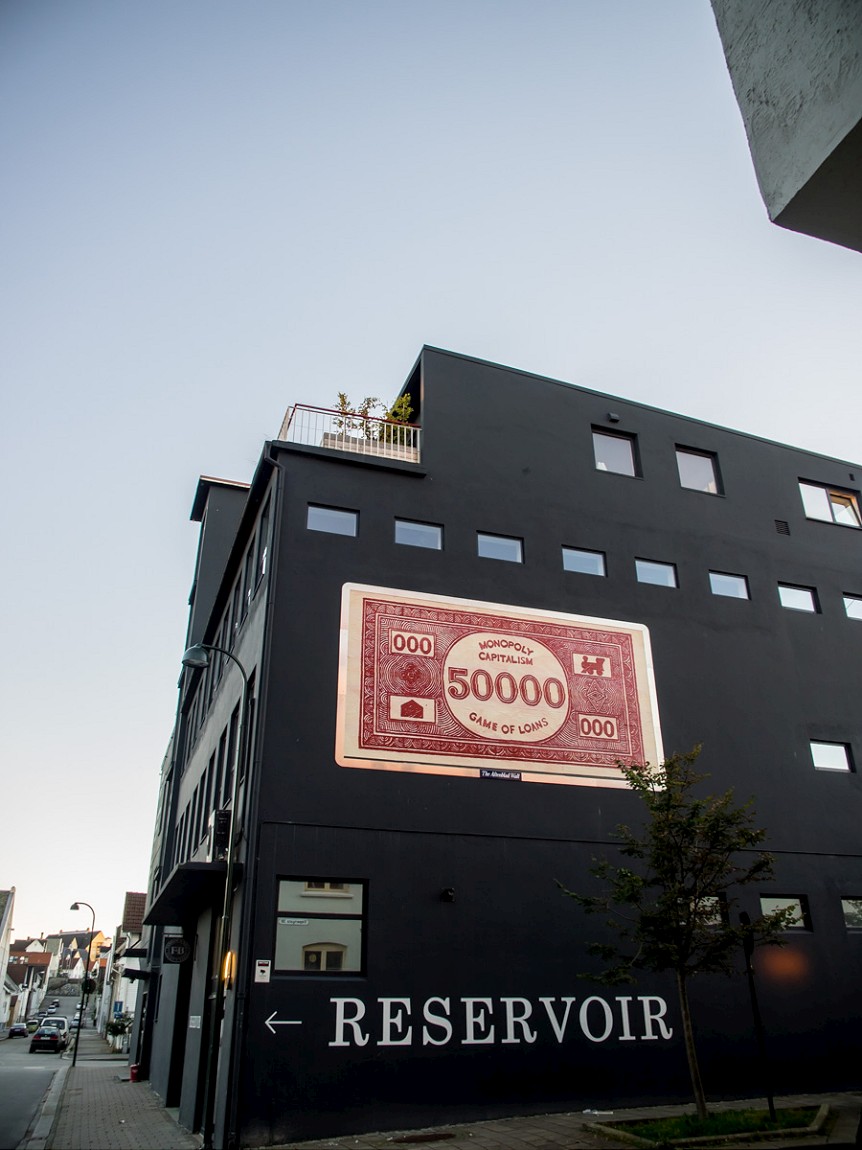 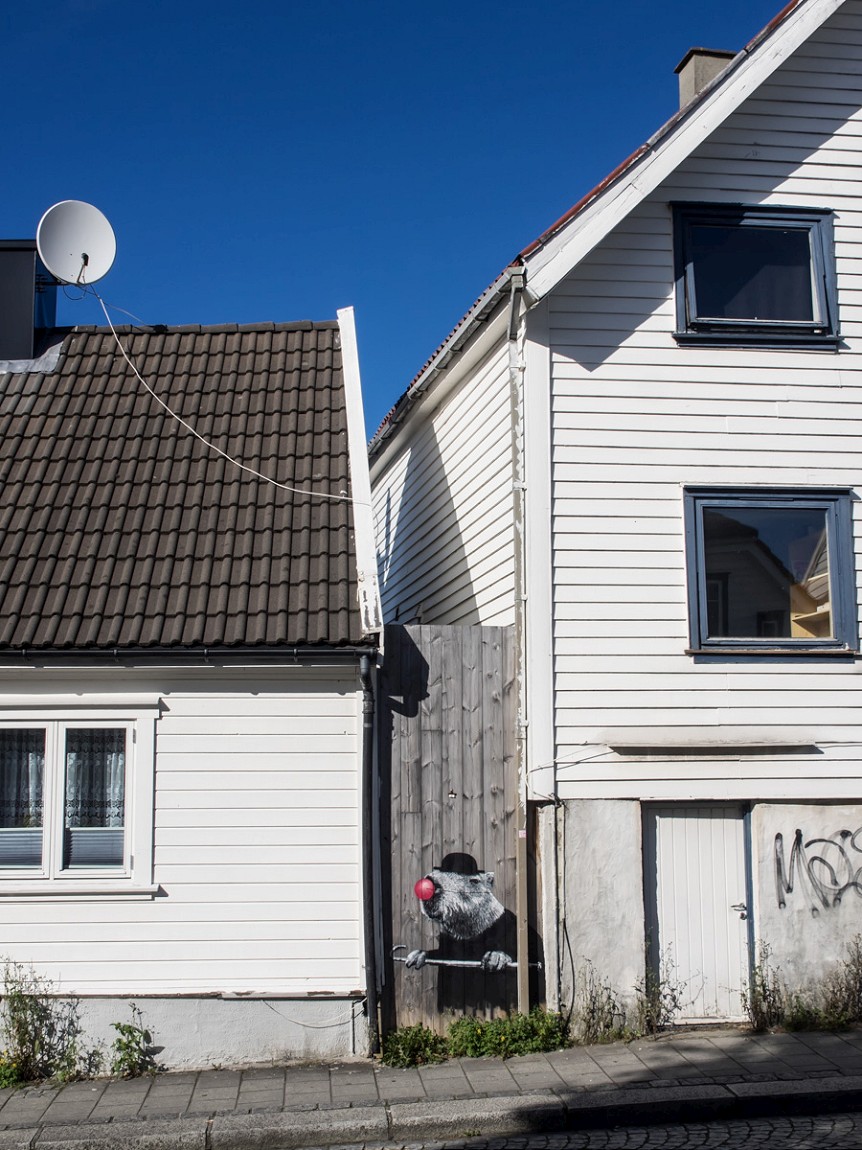