Always aiming to push the boundaries of street art or post-street art (as they re-defined the works this year), Nuart Festival 2016 produced a series of original and inspiring works around the city of Stavanger. From large-size murals to tiny interventions, we’re bringing you photos of some of the new public pieces created this year.

Unlike other festivals, Nuart’s idea isn’t just creating the biggest and brightest murals possible. In the past 16 years, they’ve shown support to mural artists, but also, they also encouraged them to get out of their comfort zone and to try new things. This years edition wasn’t any exception to that. French artist MTO created his fourth Google street-view hacking piece titled Google Internal Server Error by painting and redoing a whole street in the city center. This impressive reality glitch includes many elements that are noticeable only after close inspection. Fintan Magee’s Monument to a Disappearing Monument is a tribute piece to the local oil workers that lost their job when oil prices dropped to their lowest ever at the beginning of 2016. Almost 50m tall, this piece surely became an instant monument in the Norwegian oil capital. Next to him, Norwegian oil painter Henrik Uldalen painted his second ever large-size mural, depicting a couple emerging or disappearing in the darkness. Italian spraypaint master Eron create a piece that brings attention to dolphin and whale slaughtering by painting a little girl standing above a dead dolphin. With his distinctive ghostly technique, he cleverly composed the work within the architectural elements, making it feel like an essential part of the building. Add Fuel combined his native Portuguese tiles with traditional Norwegian patterns and created a false layer around the electric plant just outside city center. Spy left their mark in the form of a large textual piece, just flipped over. Painted by the water, the ALIVE actually becomes alive only when seen in the reflection. Belgian stencil artist Jaune created a whole series of small works featuring his small garbage men in all sorts of different activities. From battling spraypainted monsters, to tricking pedestrians, these little guys in reflective jackets are now all over town. 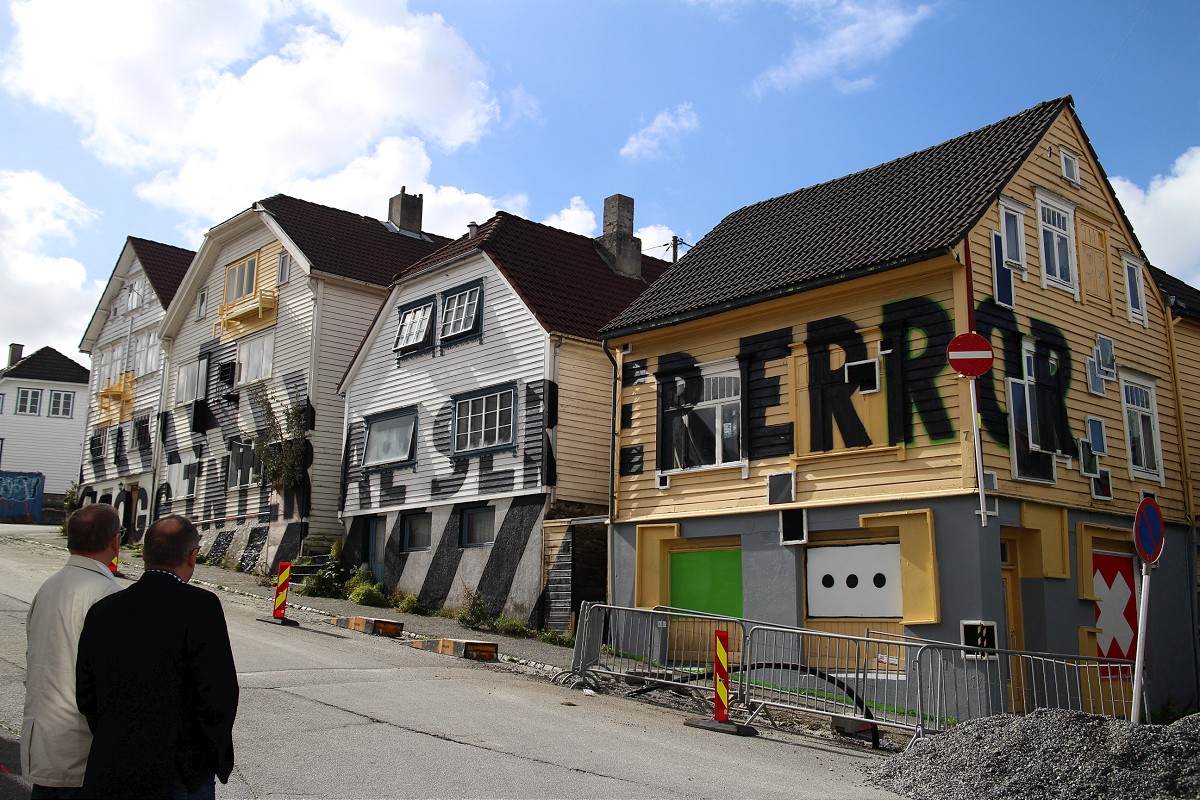 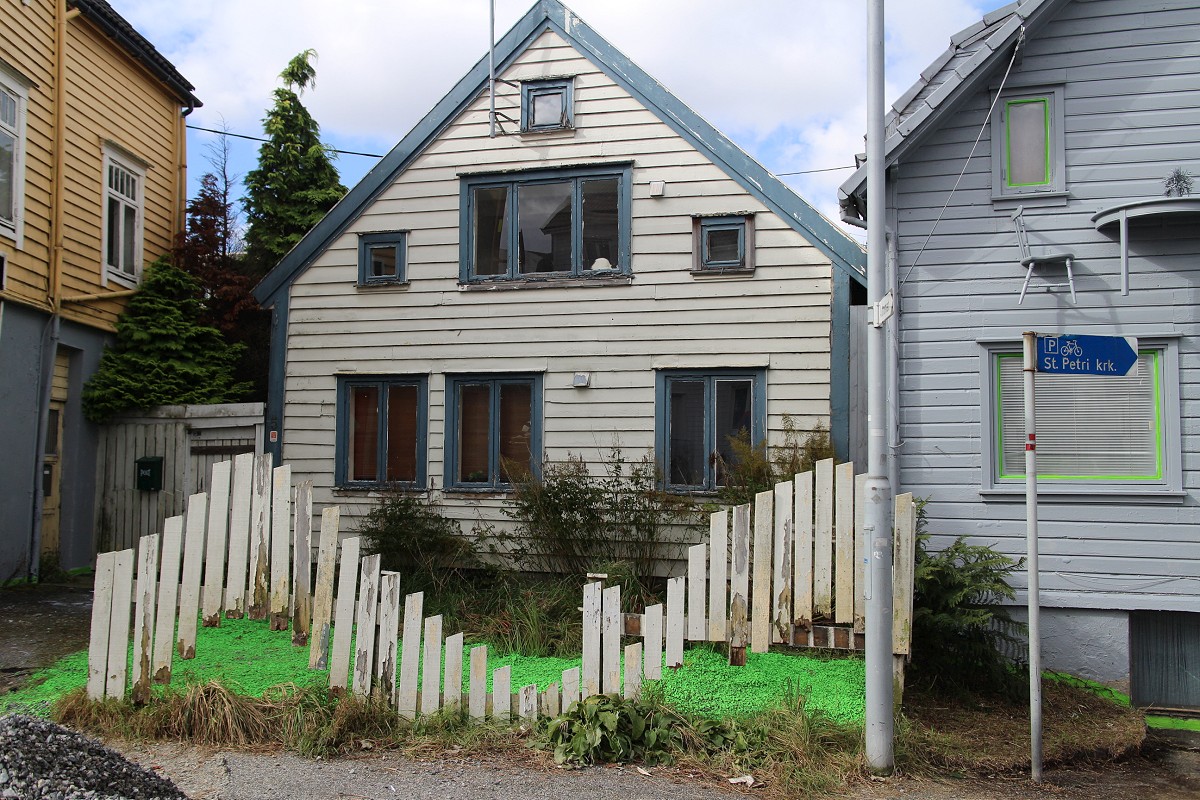 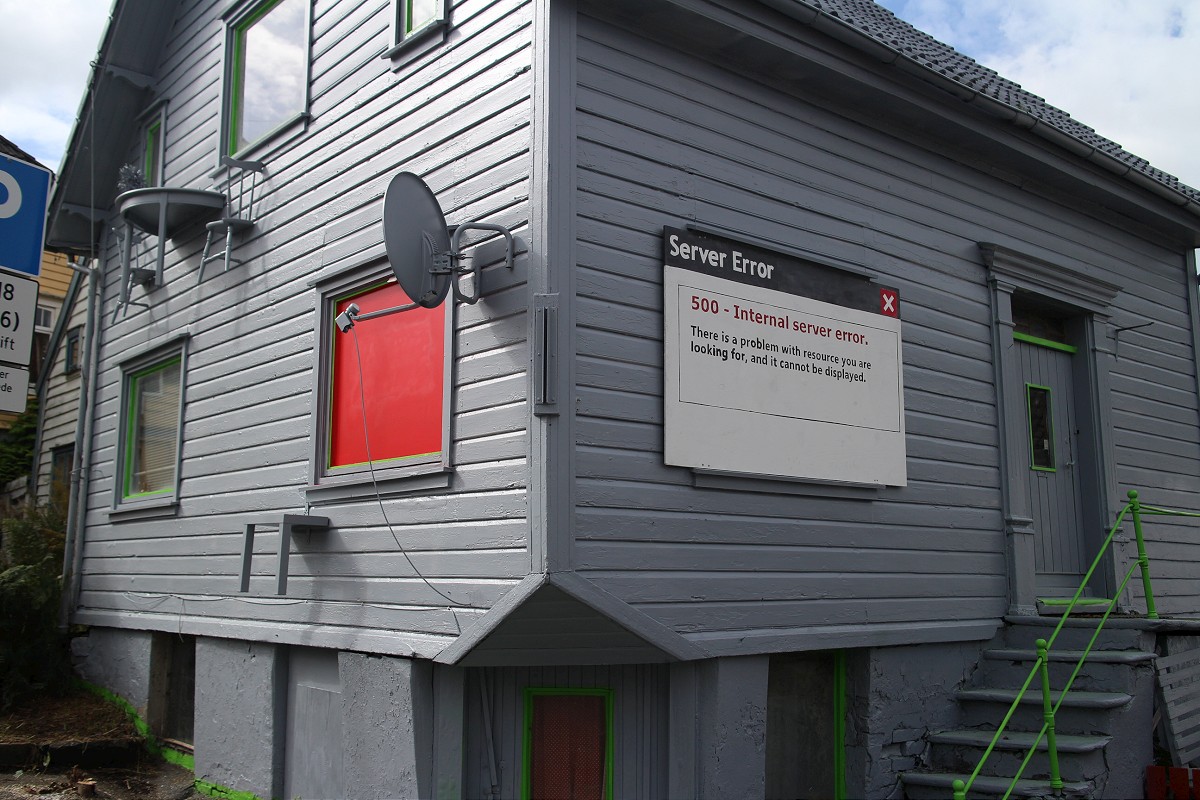 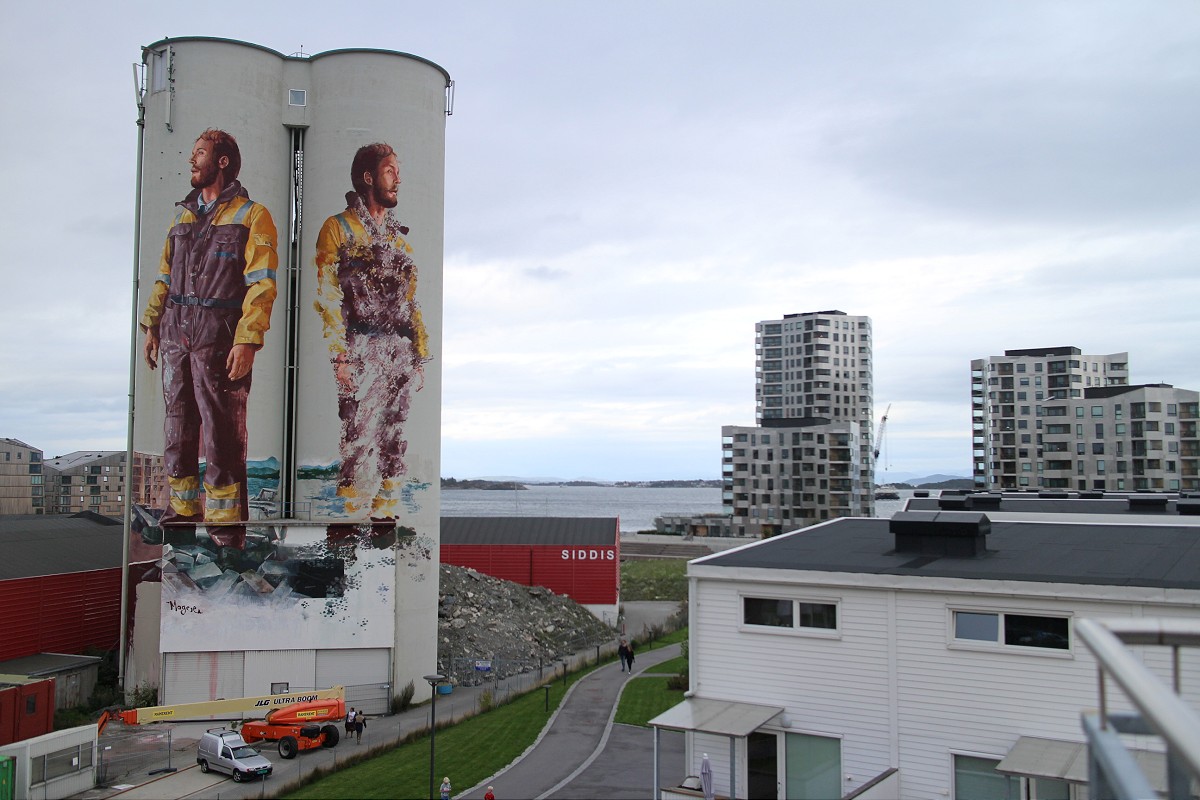 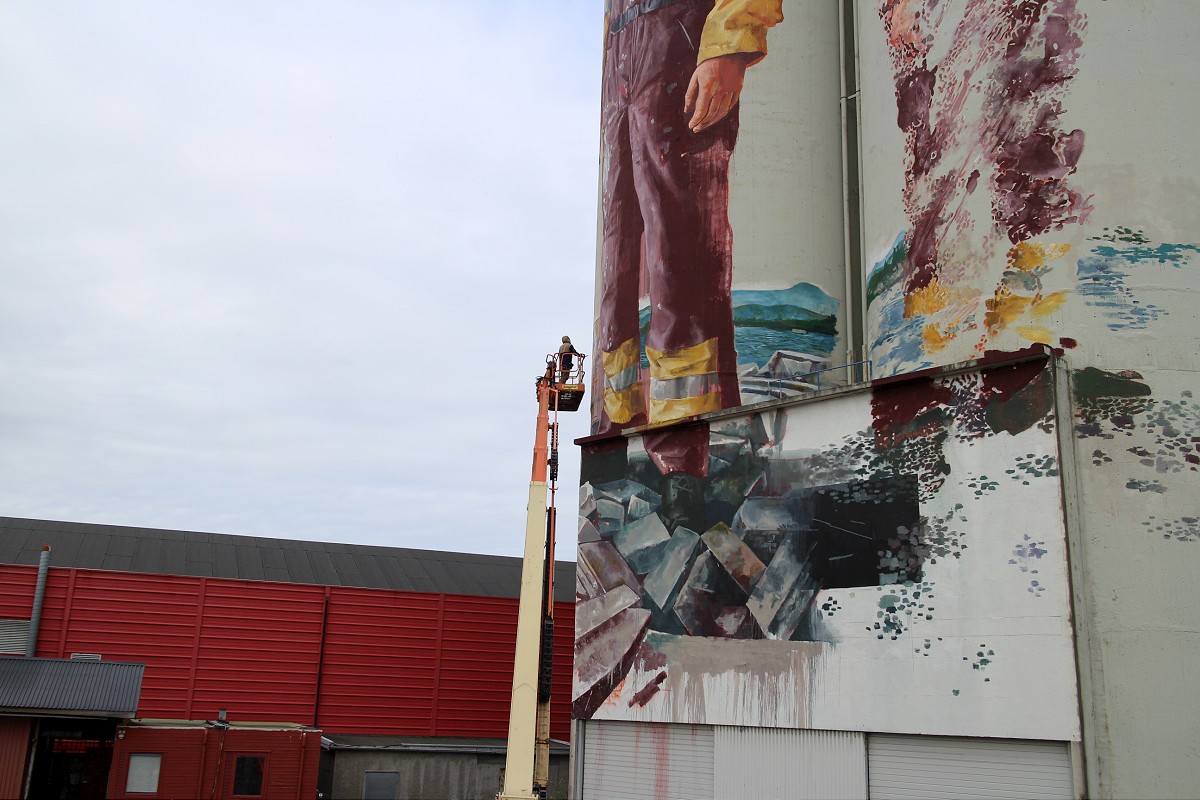 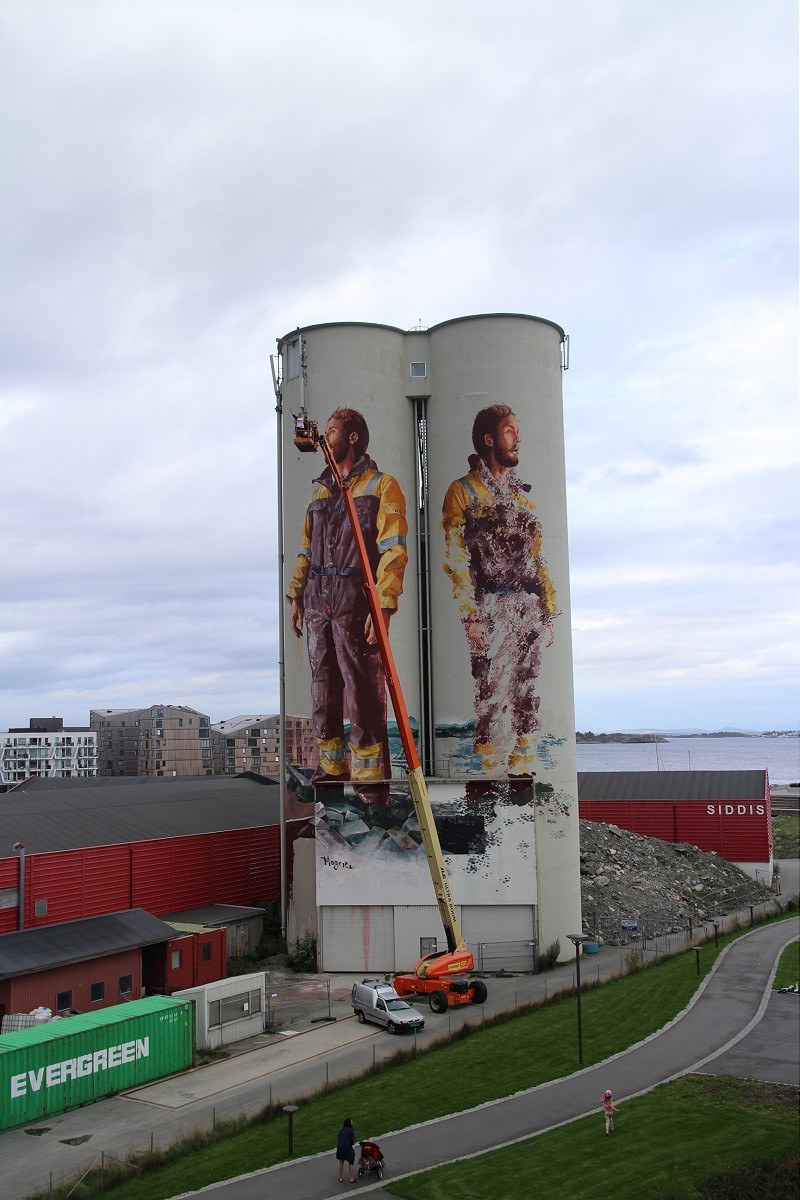 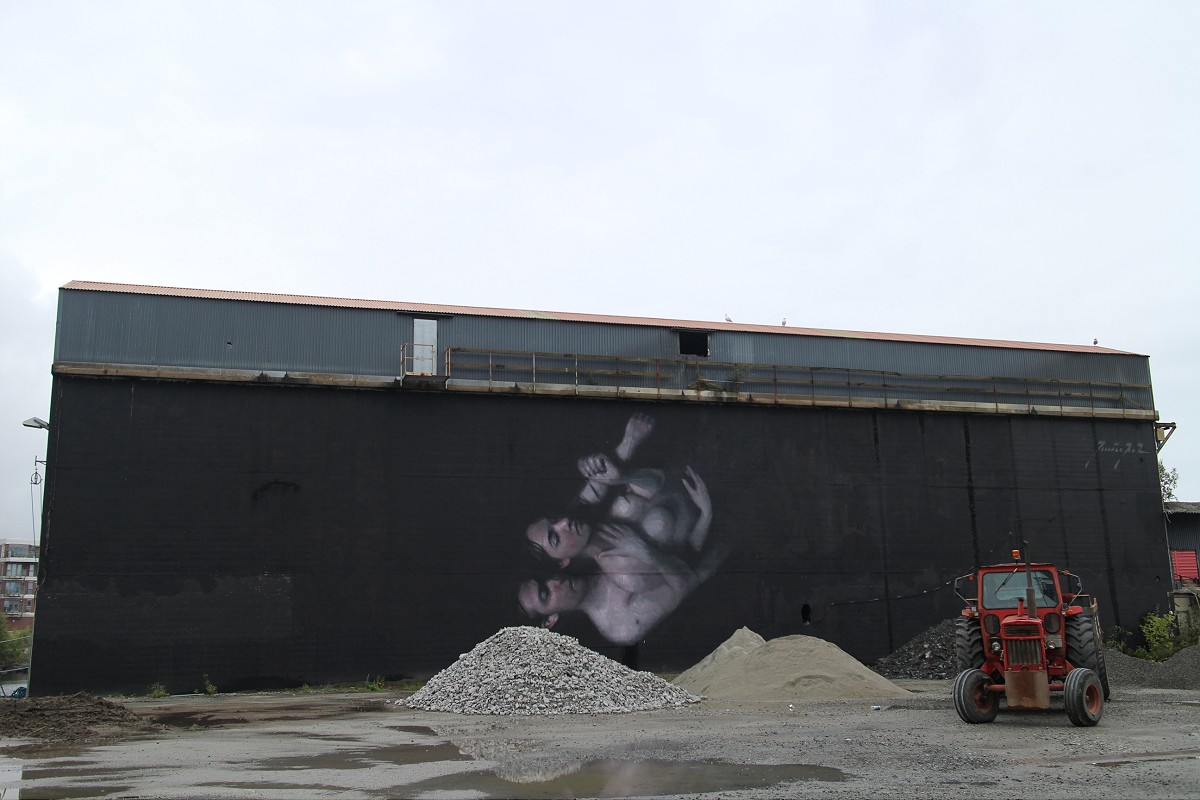 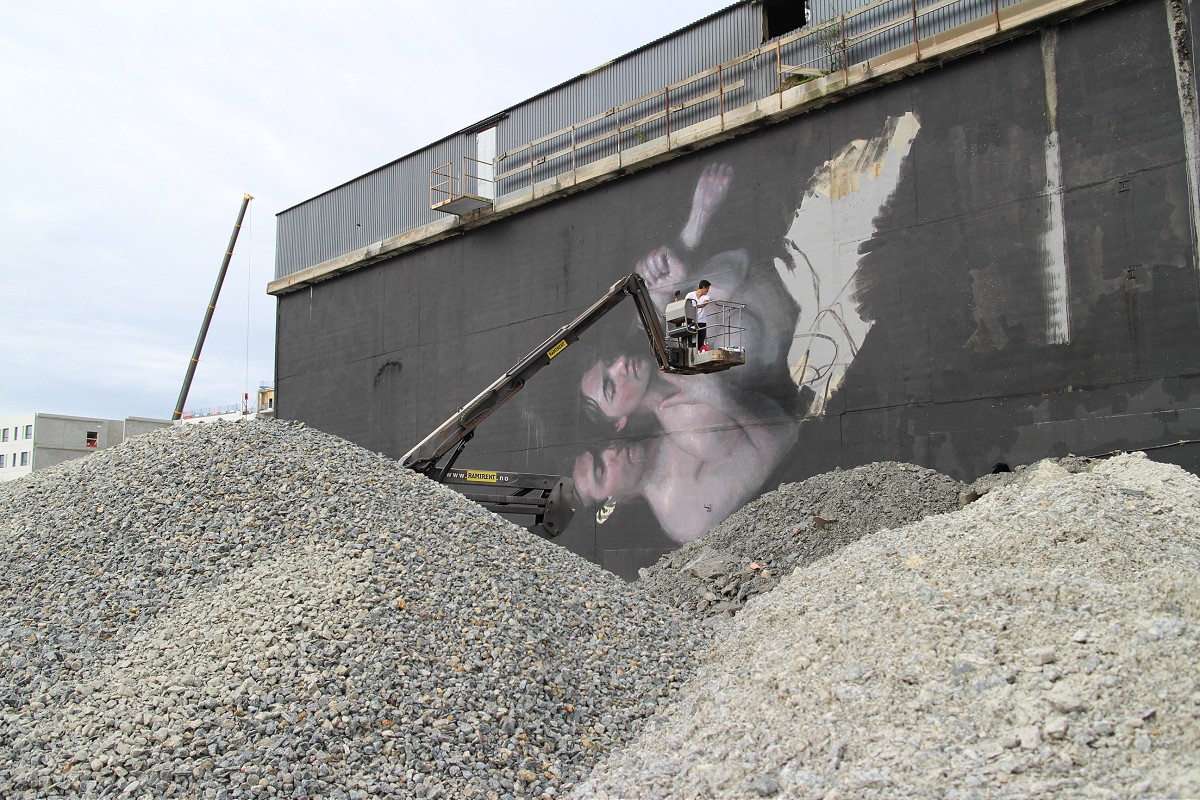