Four years after his last solo show in Paris (covered), graffiti artist Bom.K is returning to Paris for a solo show entitled Effects Secondaires (Side Effects) at Galerie Itinerrance opening on April 21st. The title of the exhibition refers to the sensations we managed to grasp from an artwork after enjoying the technique and subject. In addition, it also refers to one of the works in wood bearing the same name on the subject of overconsumption and the exhaustion of natural resources.

Through the extreme precision of the spraycan, Bom.K invites the viewer into his mystical world of hybrid creatures. The show also presents artworks and installations dealing with ‘Flesh and Harmony’, a favourite theme of the French artist featuring distorted corpses and figures, a ‘Guetto Clowns’ series, as well as subjects including the wish for ecological and political awareness. 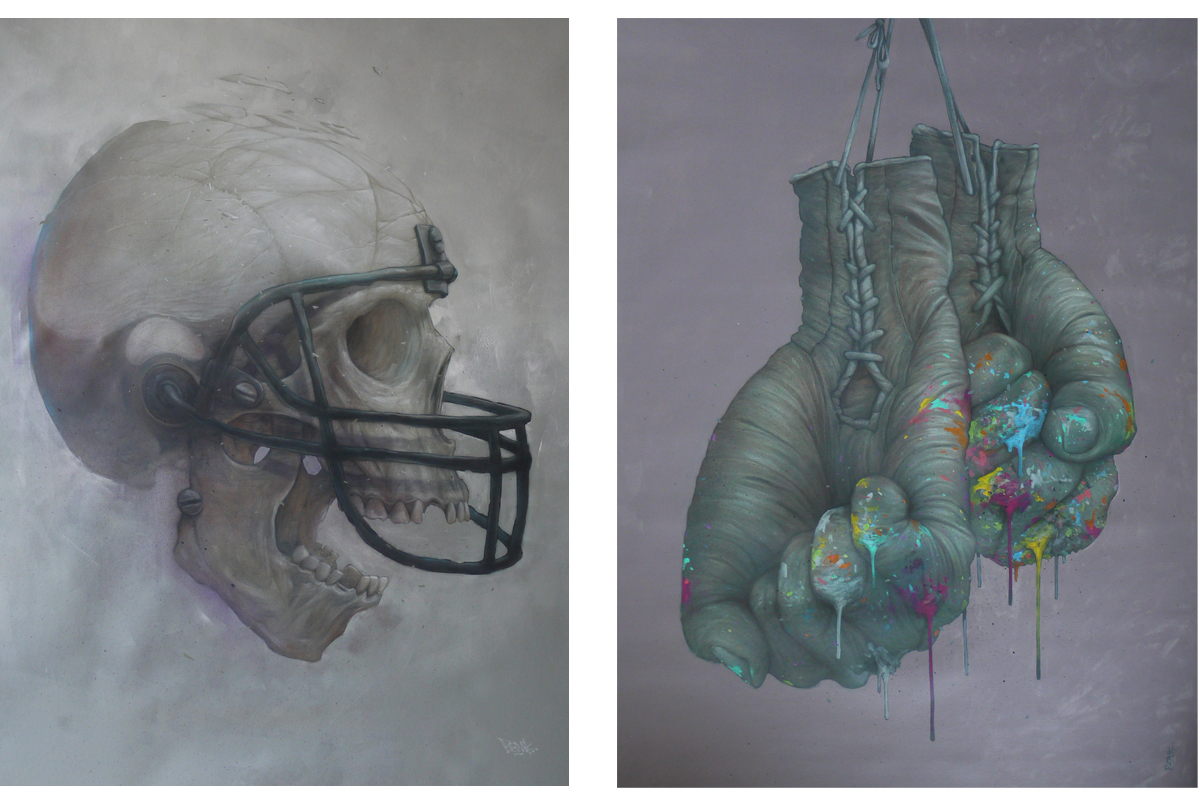 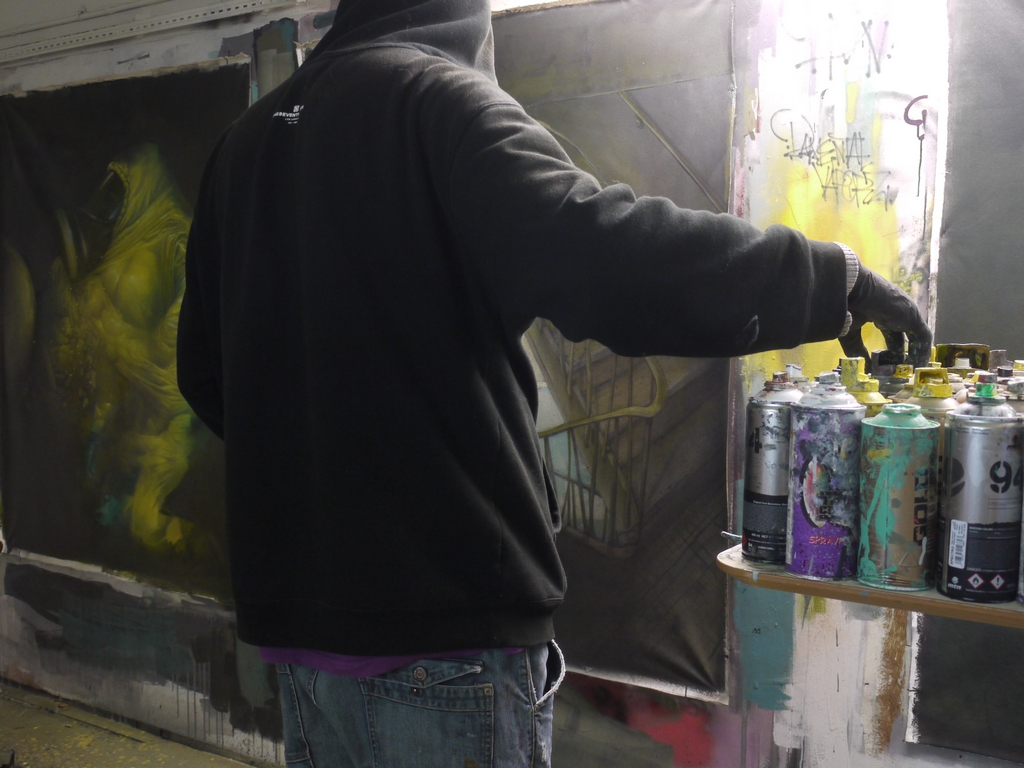 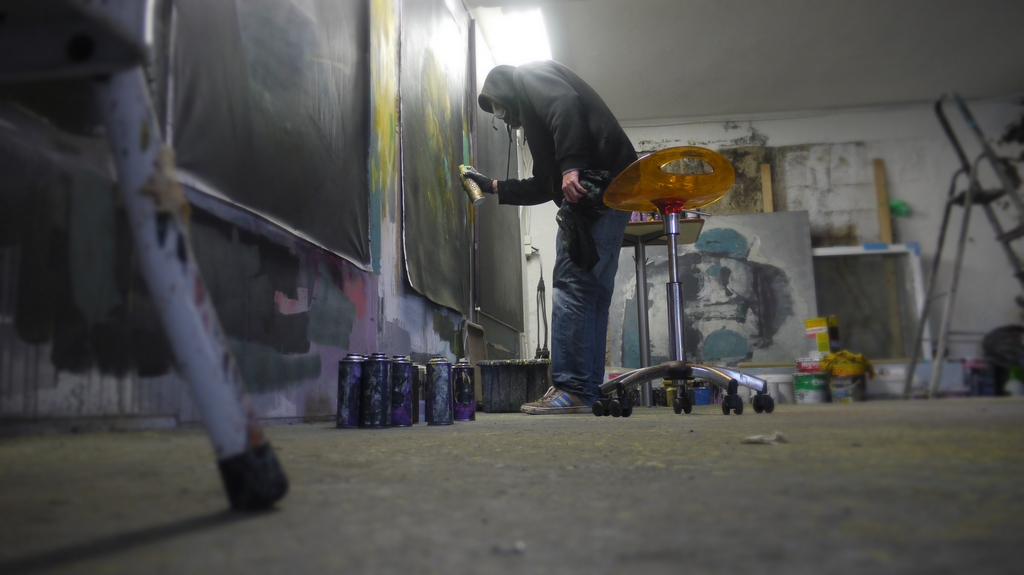 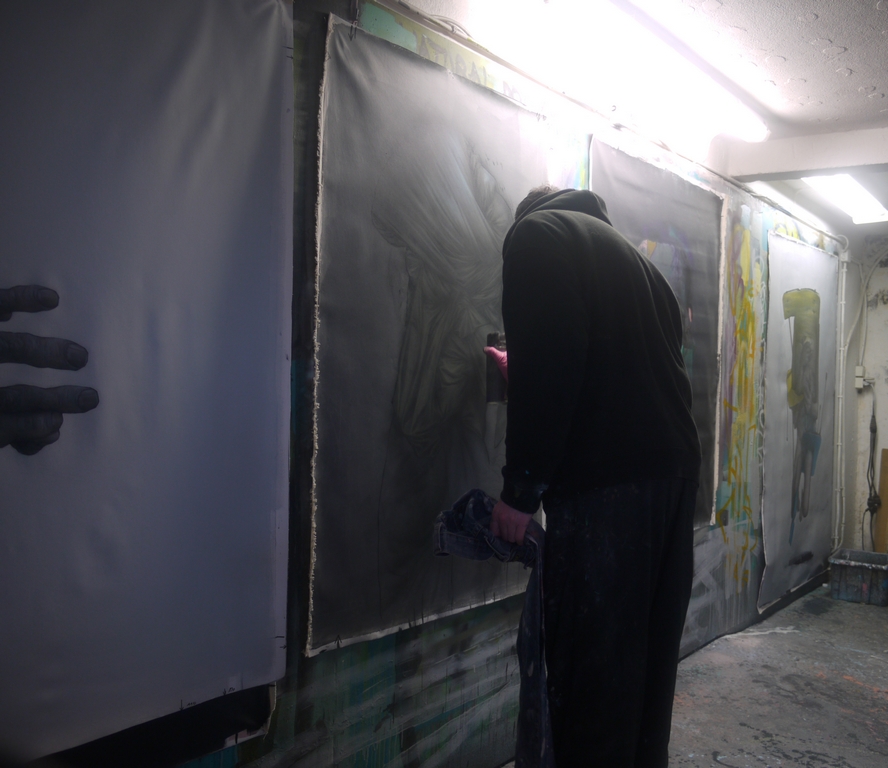 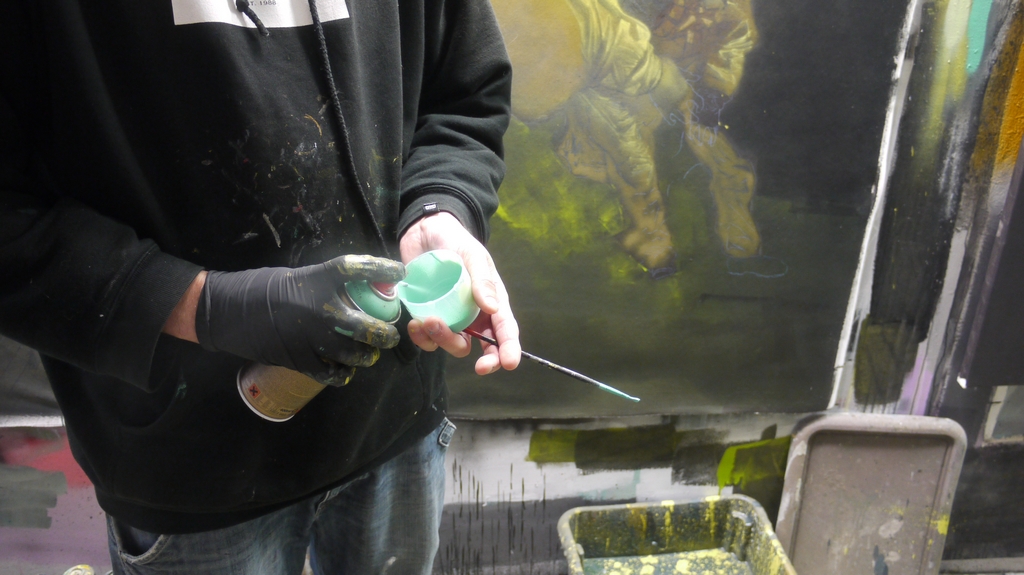