With Art Basel in Switzerland in full swing these days, we’re bringing you a second report from the booths of the world’s premier modern and contemporary art fair. Presented across 27,500 square meters of exhibition spaces in Halls 1 and 2 of Messe Basel on Messeplatz, the fair has been opened to the public after major collectors, museum directors, curators, financiers, artists, and art world influencers got the chance for a first look.

One of this year’s main attraction was a majestic sculpture by Urs Fischer (seen above) created from oil-based modelling clay, presented by Sadie Coles HQ (along with his other piece at the Gagosaian booth). Unlike almost every other piece at the fair, visitors were allowed to not only touch, but rip parts from his re-creation of Rodin’s The Kiss, and then use them to leave their mark on the pink plaster walls surrounding the work. Along with this crowd pleaser, the fair presented a variety of work covering everything from paintings, drawings, sculpture, installations, prints, photography, video, all the way to digital art by more than 4,000 artists. Following the recent $110.5 million Basquiat sale at Sotheby’s last month, there were quite few examples of his works on view at the fair, along with other big names such as Warhol, Haring, Lichtenstein, etc. The main fair was also strongly promoting its exhibition platform for projects that transcend the classical art-show stand, Unlimited, by including smaller scale works by this year’s featured artists such as John Baldessari, Nick Cave, Julio Le Parc and Andrea Bowers. 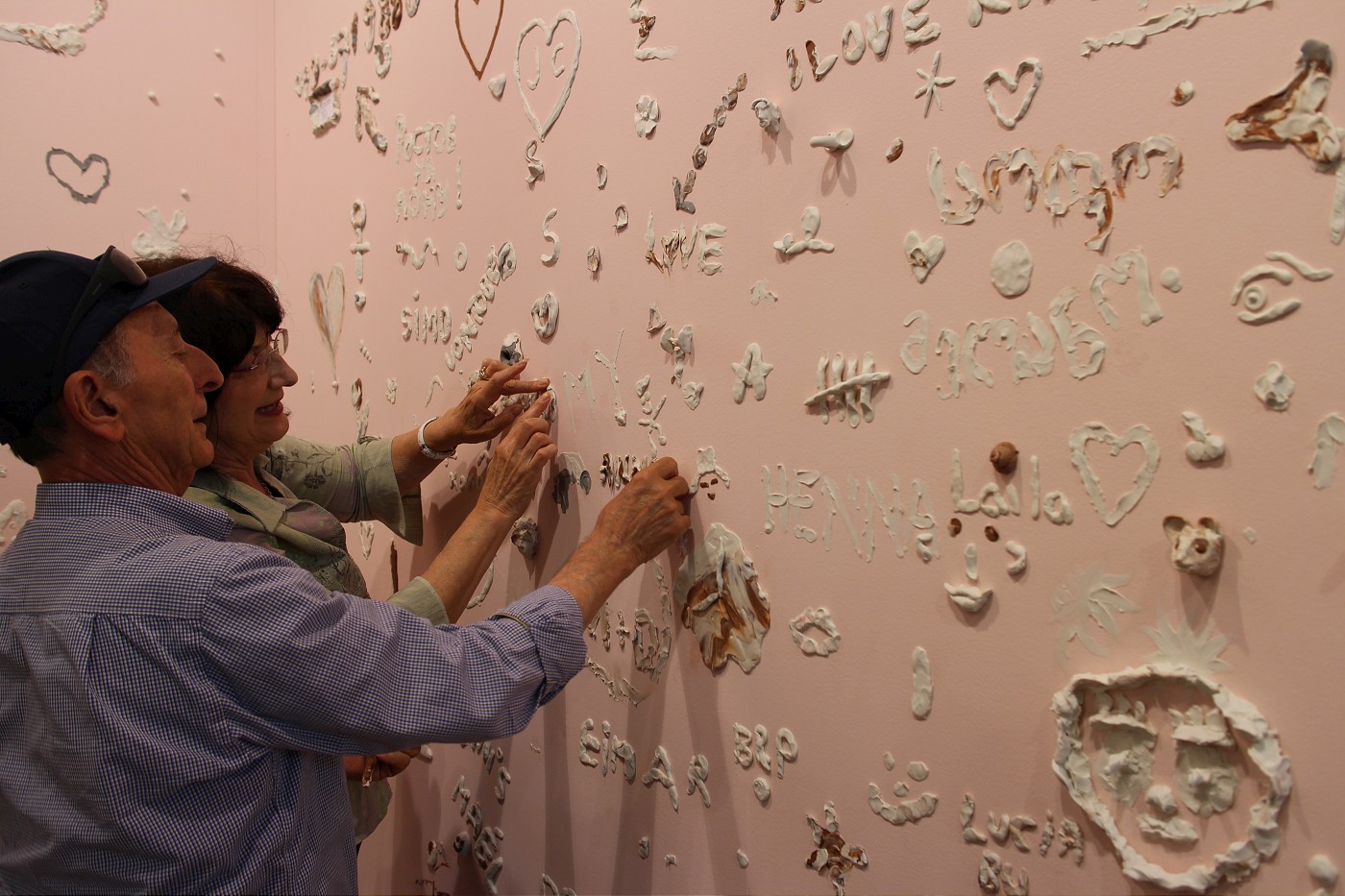 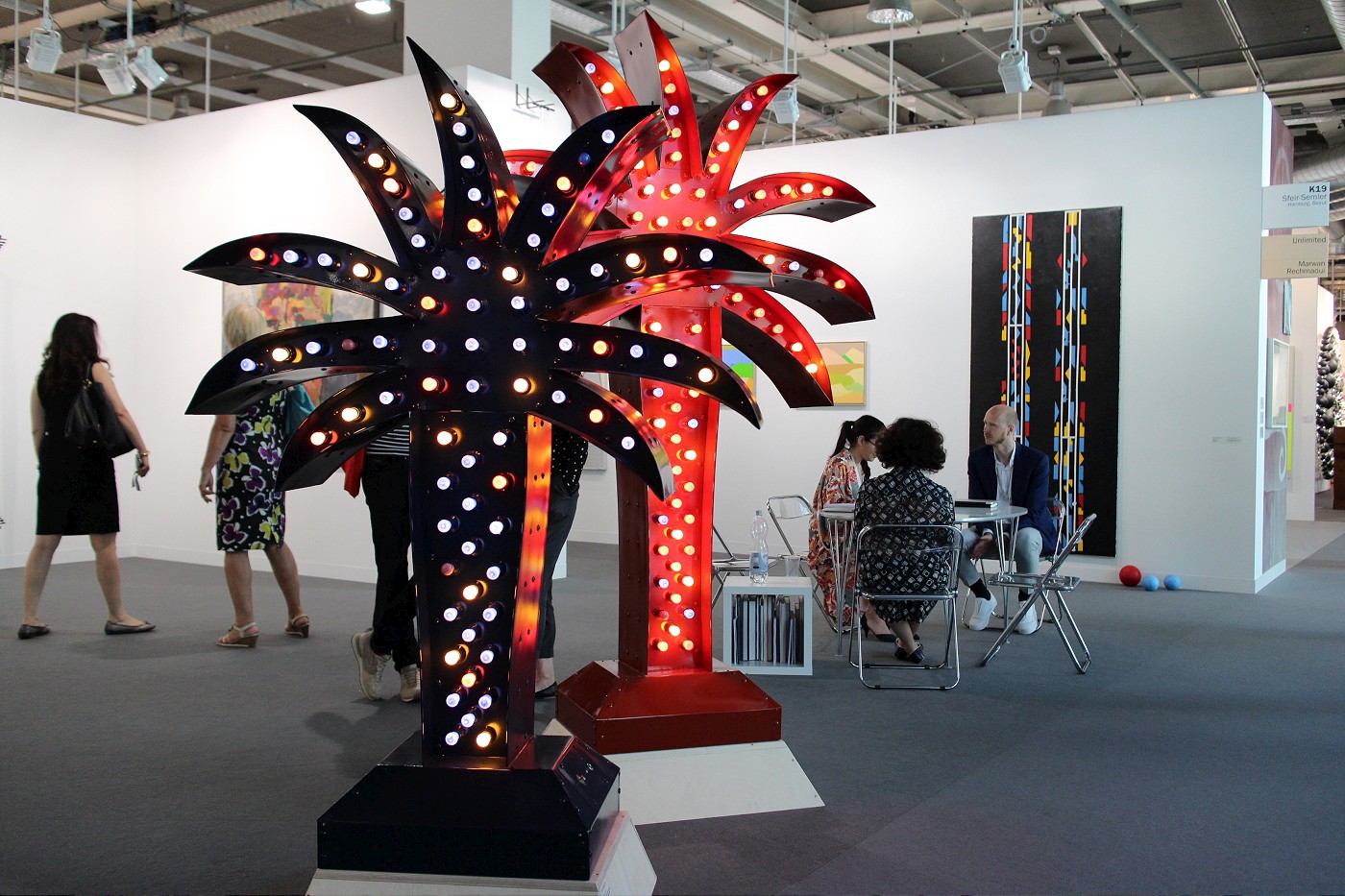 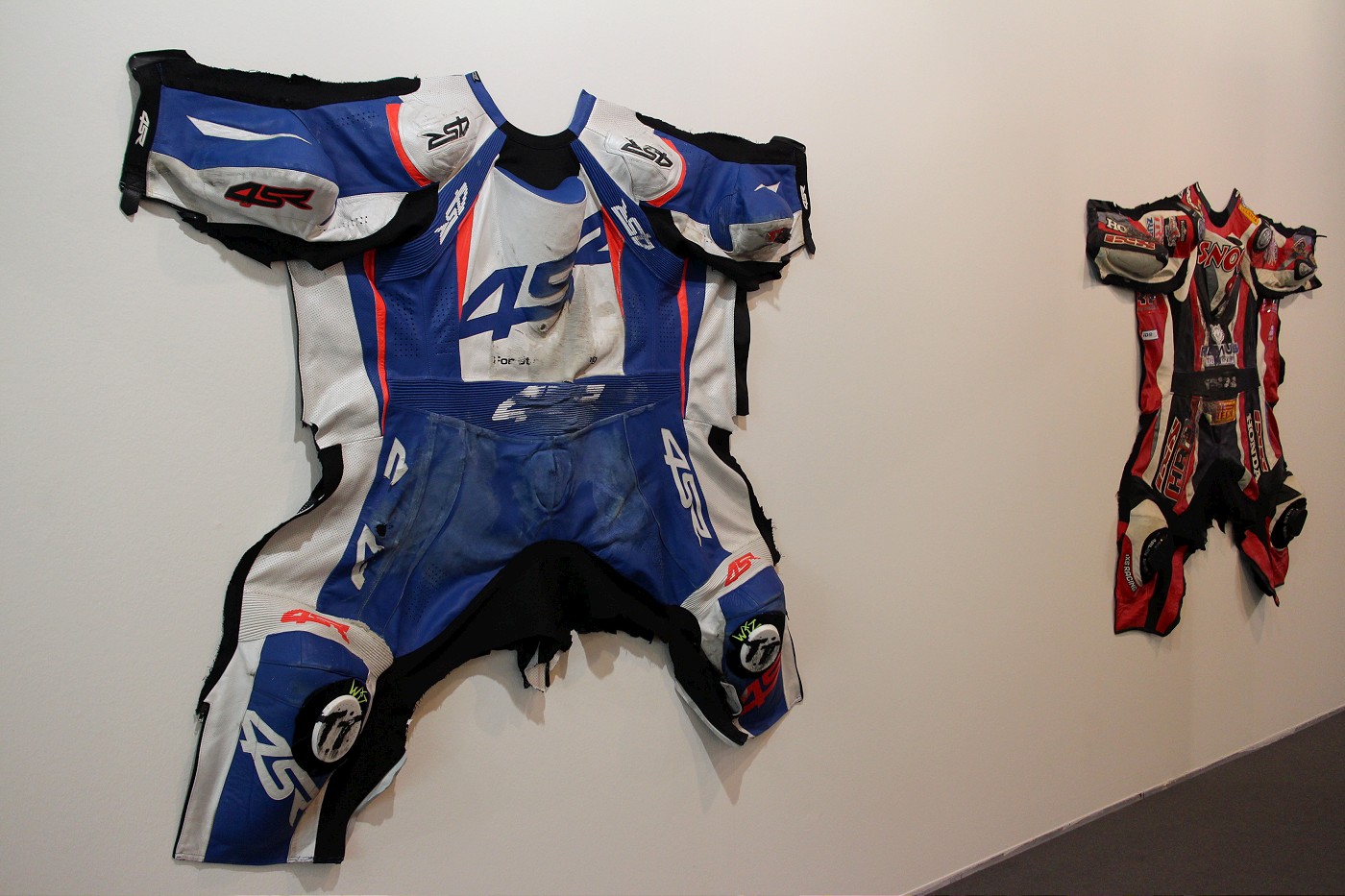 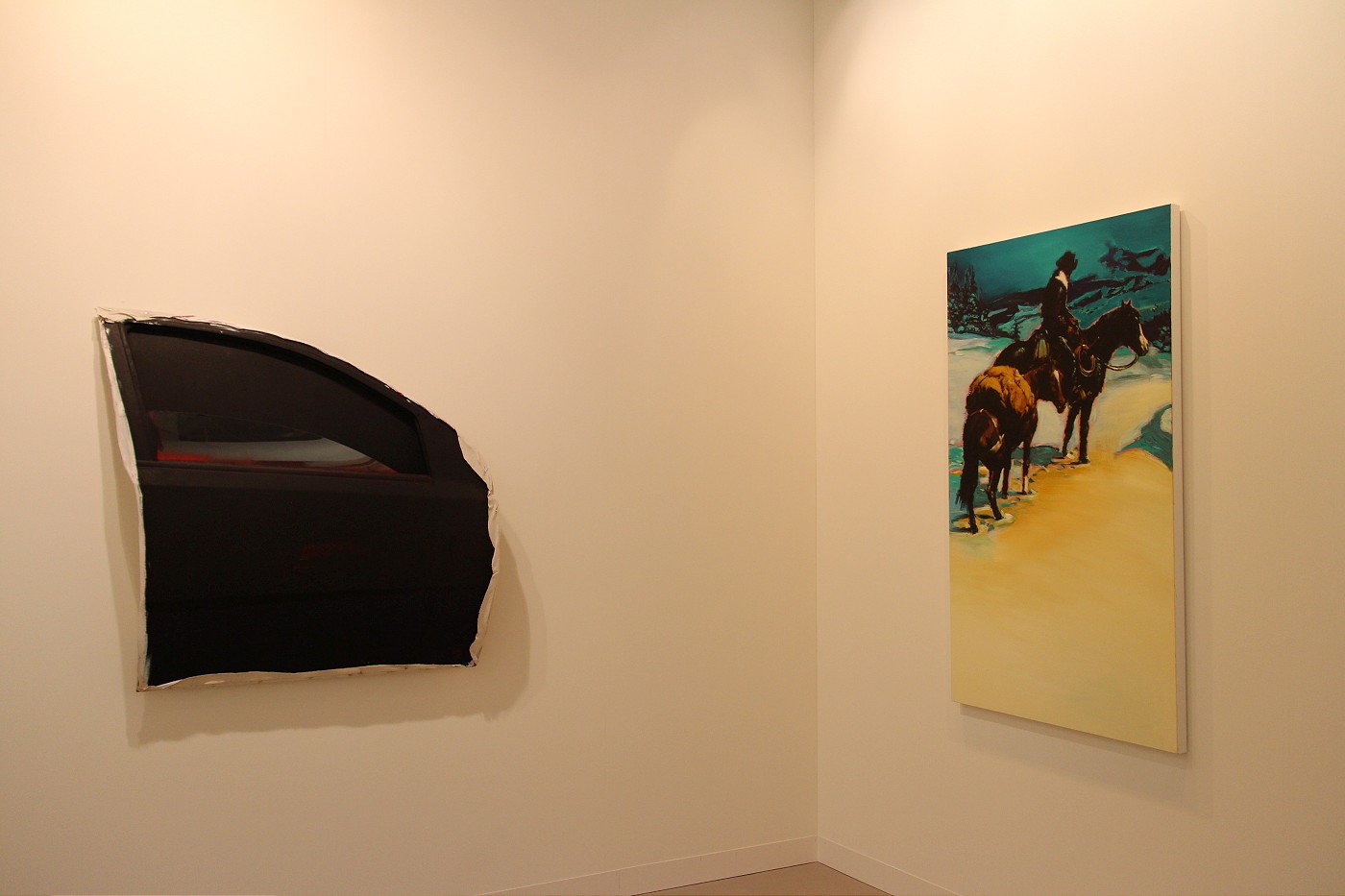 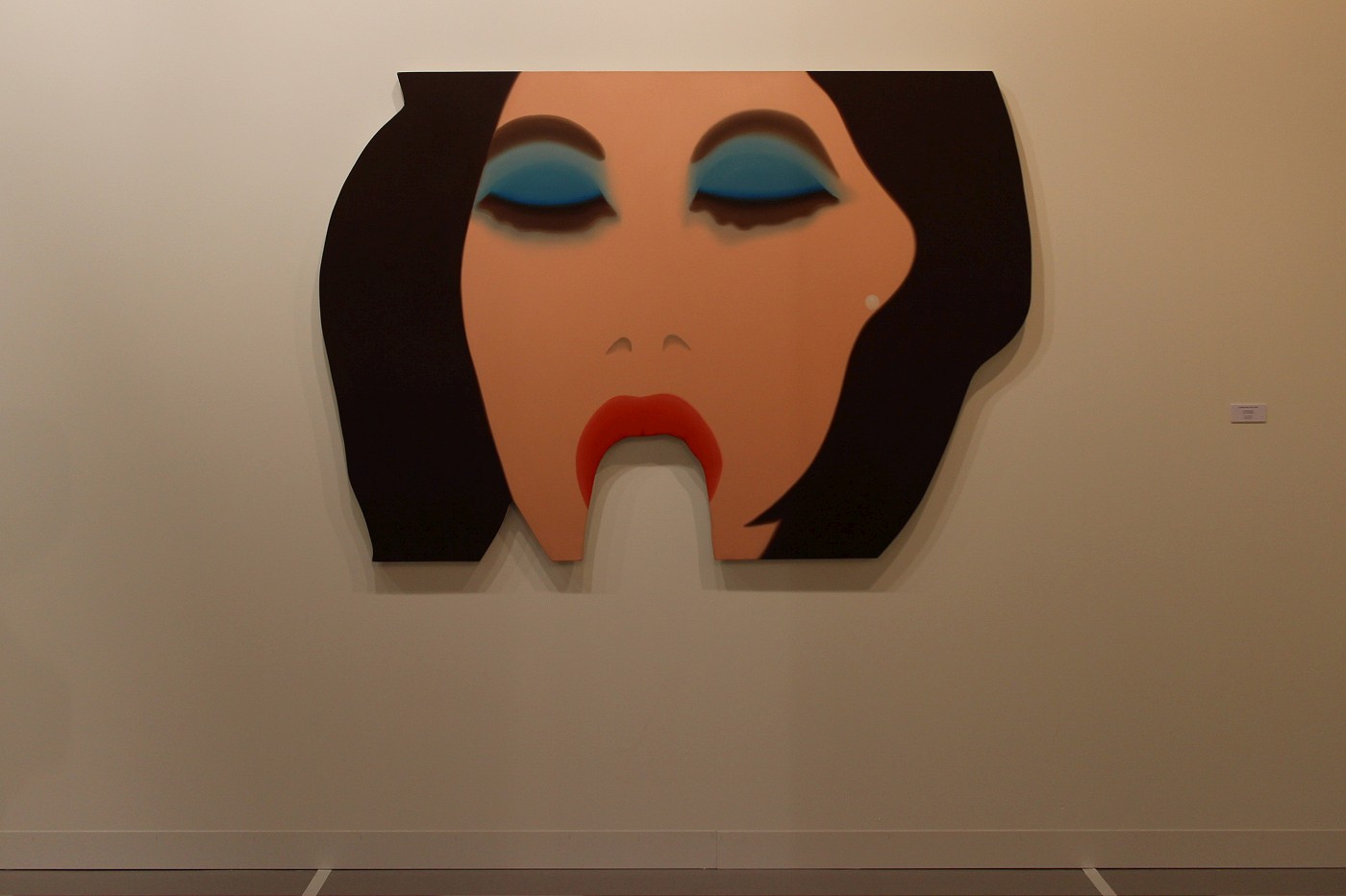 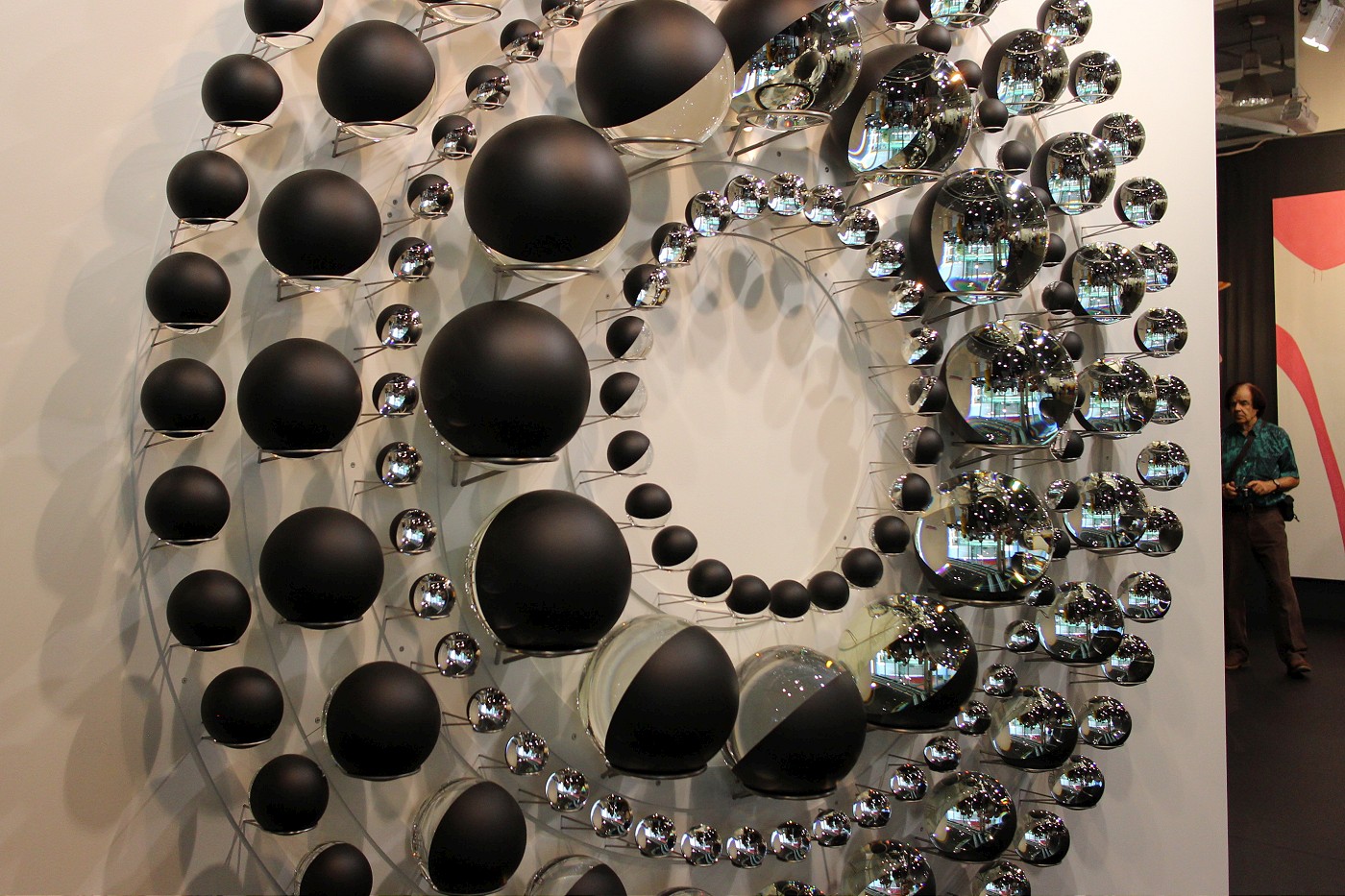 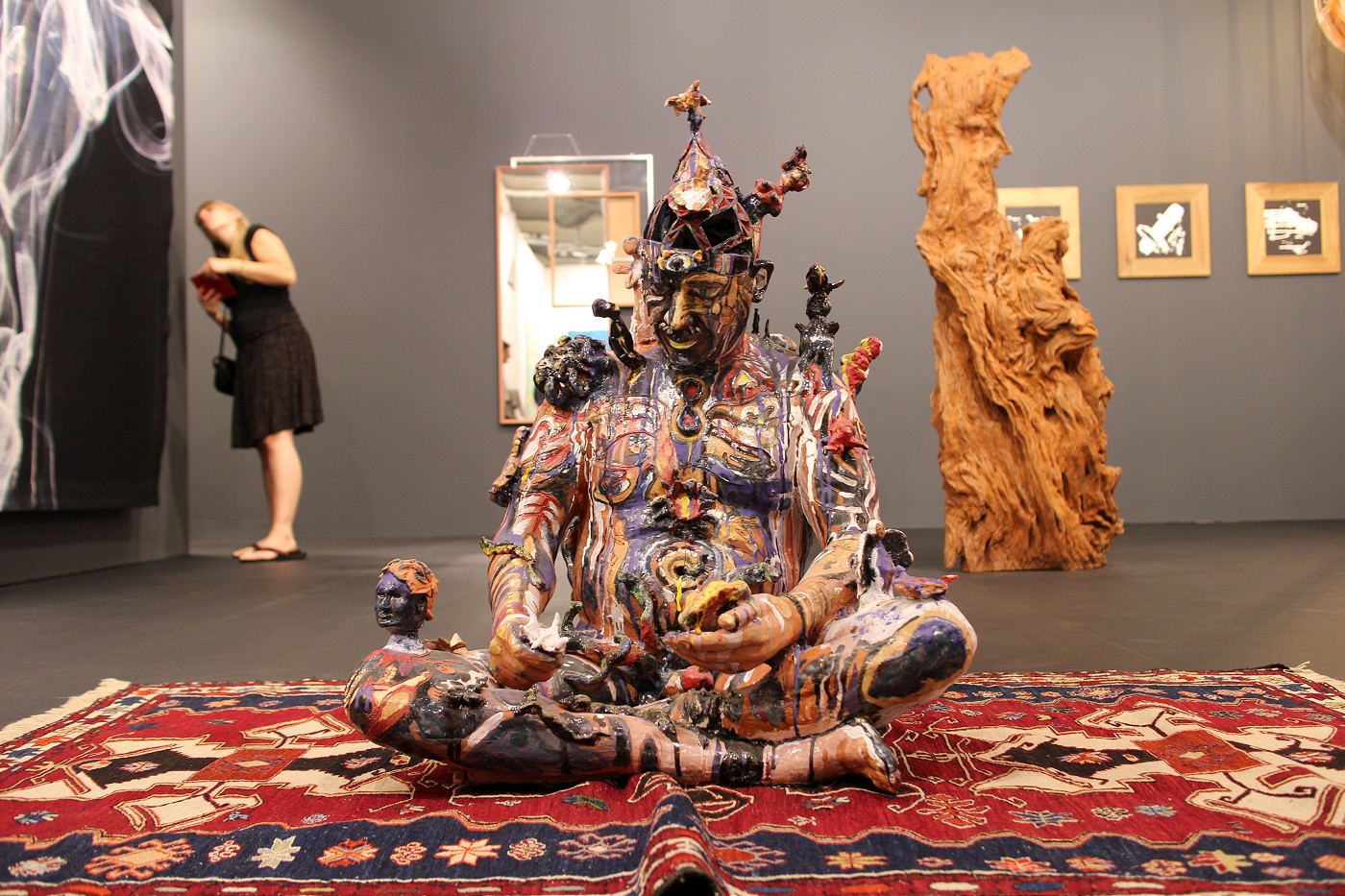 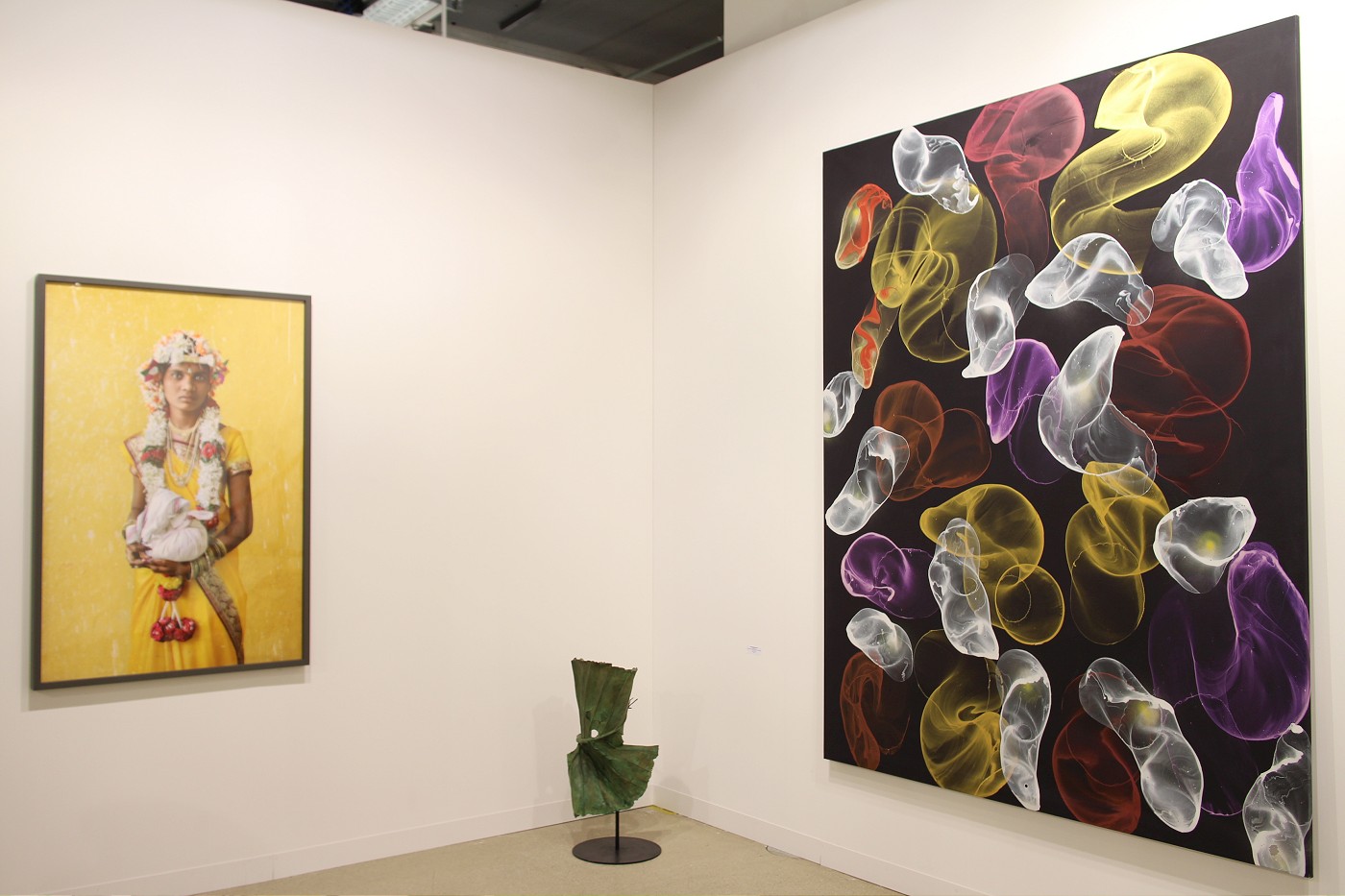