From 16th until 23rd of June, Jerkface will be having a pop-up solo show in his hometown of New York at 393 Broadway, New York. Represented by Hong Kong-based contemporary art gallery Over The Influence, the show will set the foundations for their permanent gallery space in LA, while also offering a peek inside their vibrant roster (Invader, Shepard Fairey, Nobuyoshi Araki, Cleon Peterson and Vhils).

Jokingly basing his exhibition on Homer Simpson’s quote “Donuts. Is there anything they can’t do?”, the prolific NY-based muralist and world recognized artist has produced an exclusive body of work for this event. Reinterpreting his street pieces within the gallery space, the show will feature nine brand new canvas works with a strong playful and innocent feel to them. All round shaped, they are somewhat of a tribute to donuts, a legendary snack for generations and a common cartoon image. Playfully experimenting with pop culture iconography, Jerkface is known for repetition of elements, their re-imagination as well as for creating abstract compositions from well known imagery. Introducing unexpected elements within familiar settings and creating richer narratives from simple cartoon images, these paintings can be described as “sophisticated meditations on color and movement, united by an unparalleled injection of emotion, energy, and unbridled optimism of youth.” 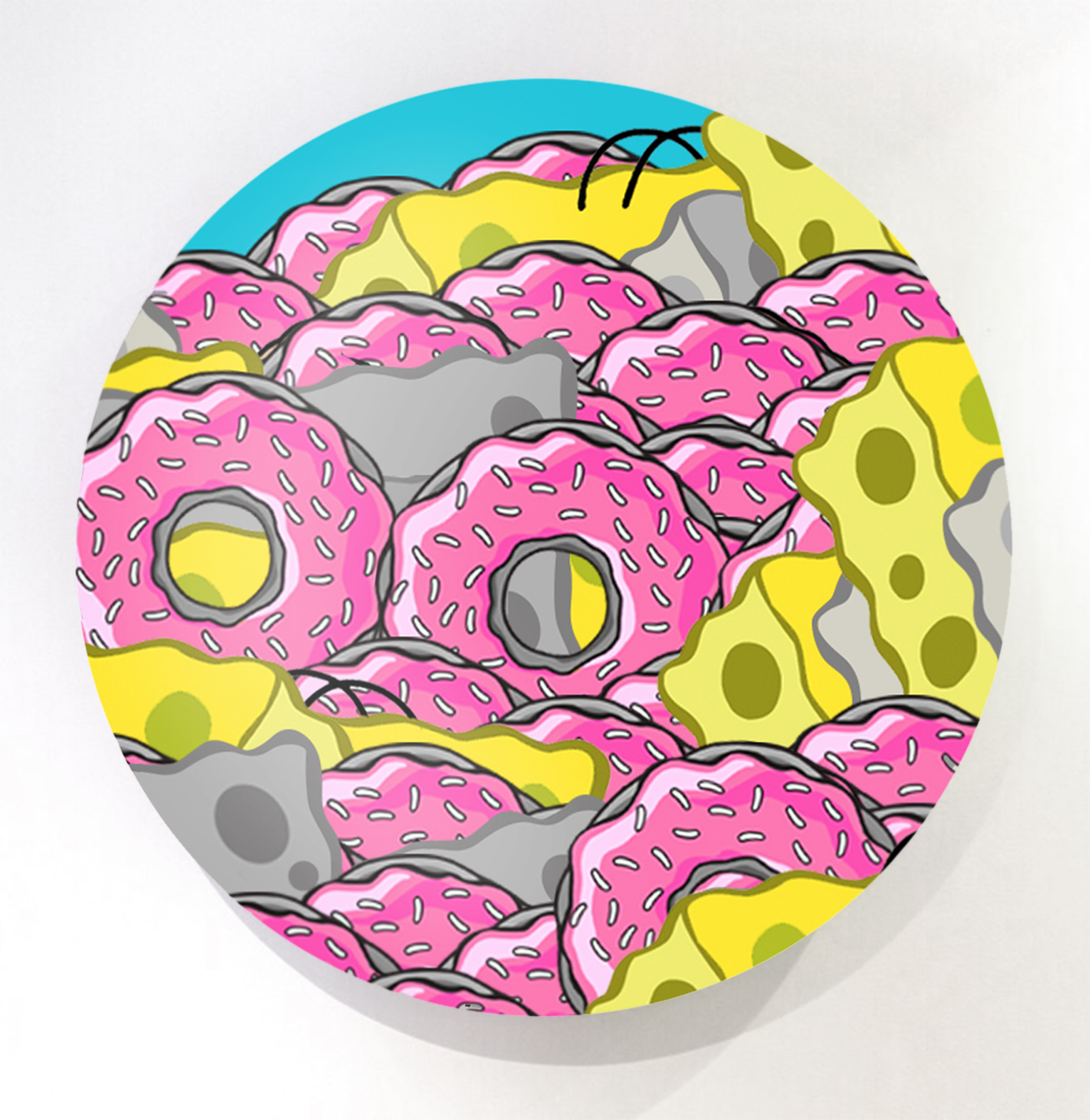 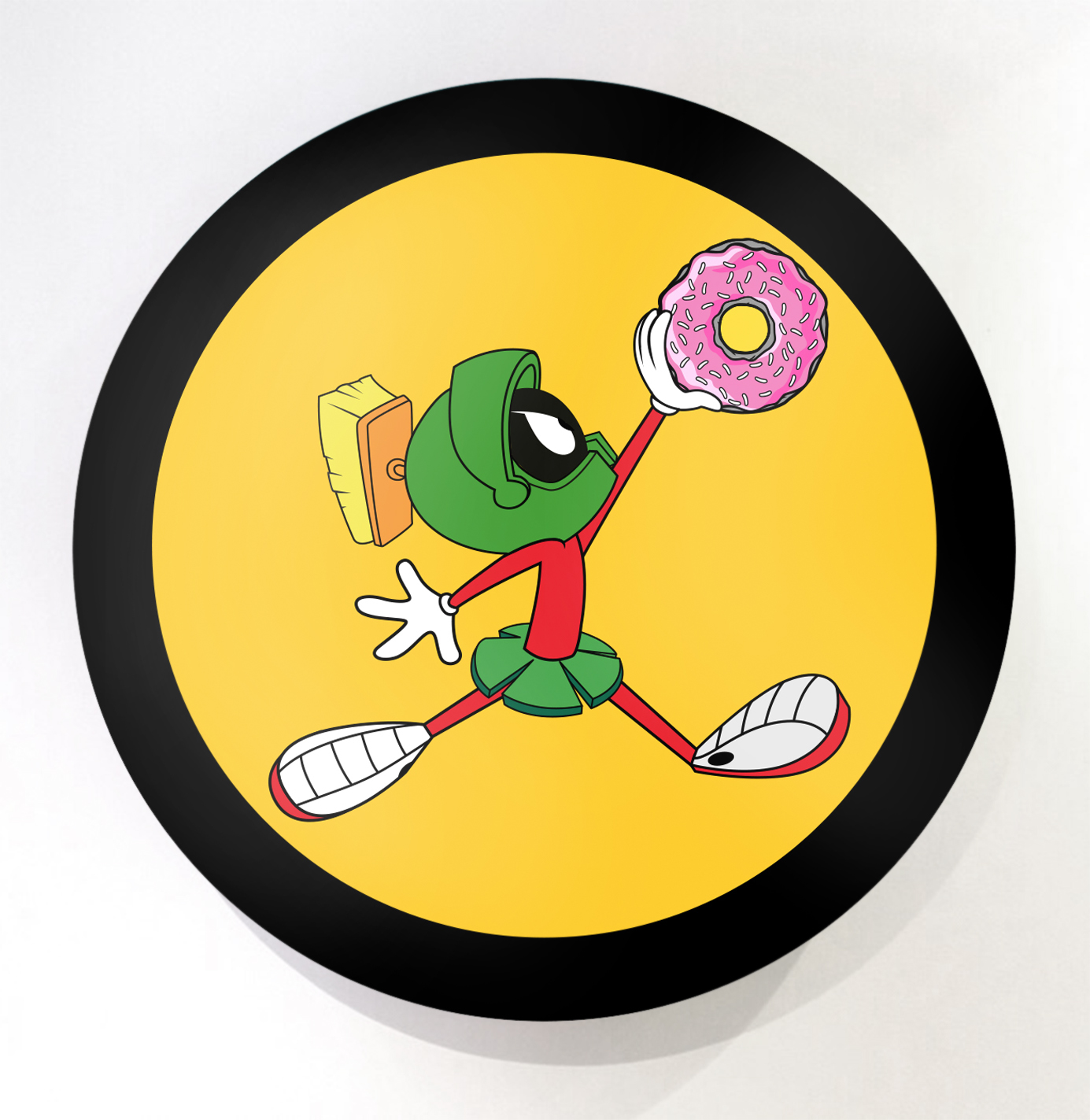 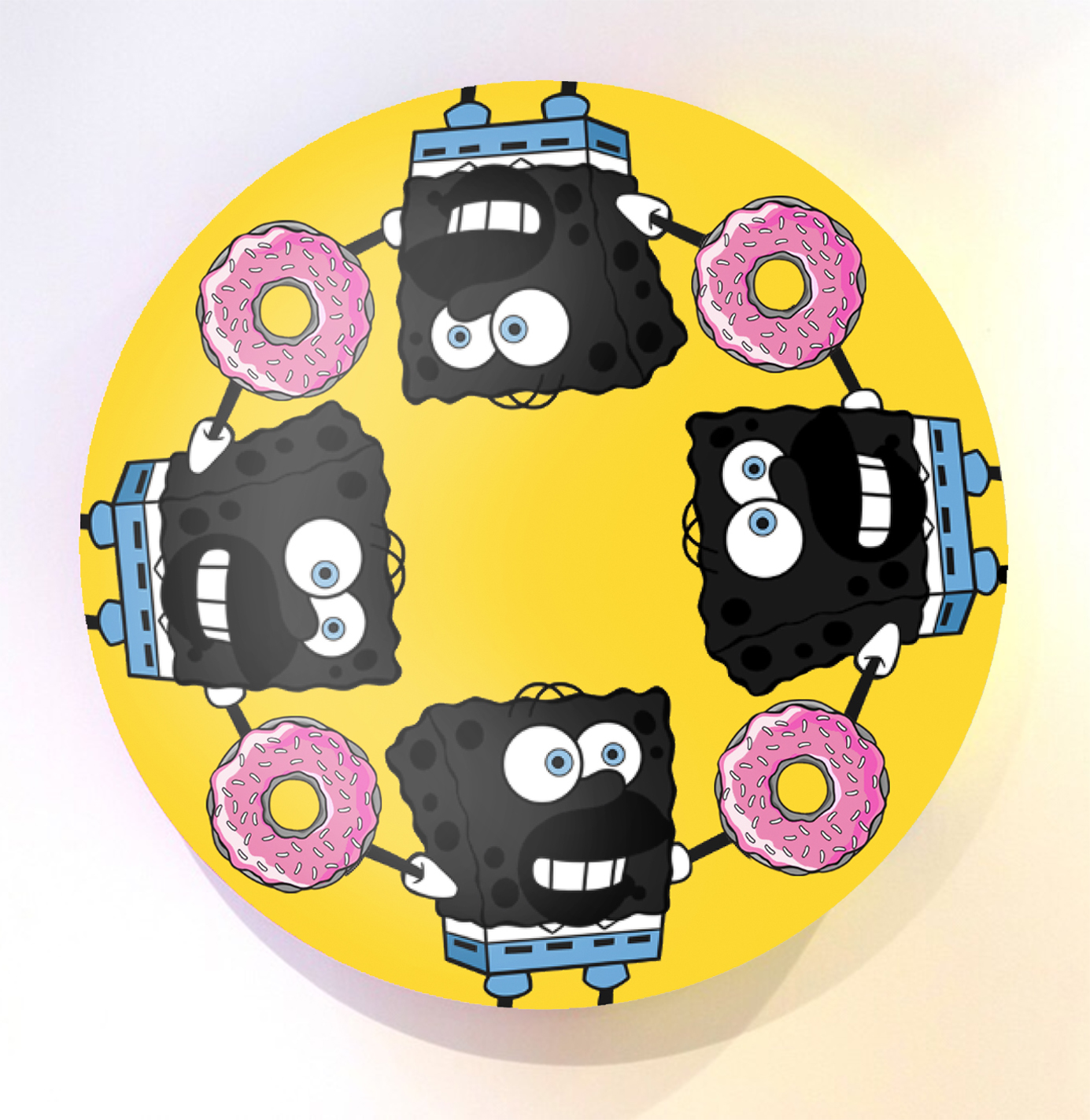