Festival Iminente will be bringing a taste of Portuguese culture to East London at the end of the month. The event is being curated by Vhils and the Underdogs Gallery which he established in 2013. The festival debuted in Lisbon’s Oeiras district last autumn and this latest iteration carries a particularly contemporary theme with the subtitle Art Before Brexit. The participating artists’ individual contributions address some of the specific issues which dominated the public conversation around Brexit. For example, Mais Menos’ installation is concerned with border controls and the free movement of people.

However, the Brexit vote also laid bare the larger, but less directly discussed, existential divide in British society between those with an inward looking, conservative outlook and a younger generation with a more inclusive, outward looking world view. It is this positive perspective on life which Festival Iminente taps into with their celebration of art and music with a distinctly Portuguese flavor. The event will facilitate a cross border exchange of ideas and creativity at a time when the UK is severing many of its links with its European neighbours. Sickboy’s contribution references Italo Disco, the genre of dance music which took inspiration from American disco and in turn went on to influence British bands like New Order; as such, the genre demonstrates the richness that flows across borders. The festival also features the work of Add Fuel, AkaCorleone, André da Loba, Ben Eine, Bordalo II, Conor Harrington, Draw+Contra, Halfstudio, Mar, Pixel Pancho, The Caver, and Wasted Rita. Vhils is no stranger to bringing music and art together, having previously created a spellbinding music video for Orlha Negra. The festival will bring the sounds of a raft of Portugese DJs including Batida, DJ Firmeza and DJ Ride to Brick Lane throughout the afternoon and night. Arrested Motion recently caught up with Vhils for a chat ahead of the festival:

Arrested Motion (AM): History has always been a central concern in your work, so how significant do you see this moment being in the history of the UK and the EU?

Vhils: The big concern here is that no one knows how this is going to play out, either for the UK or for the rest of Europe. We can clearly see that for most of the time over the last 70 years Europe has been at peace with itself and, like it or not, we have to admit that the EU played a huge role in this. I think that, despite all of its defects, a lot has been achieved through the EU. It’s not a perfect model, it’s swamped with bureaucracy, it has failed to resolve many serious issues – from the wars in the former Yugoslavia in the 1990s to the 2008 financial crisis, the ensuing sovereign debt crisis and the current so-called migration crisis, among many others – but it’s the only organisation we have to settle our differences amongst ourselves and work together. Whatever its faults – and I believe these can and should be worked on from within – the EU has served this purpose very well. Even though I don’t agree with the positions that led to Brexit, I respect the people’s desire to try to change things. The problem here is that Brexit is not an attempt to change things constructively. For most of us in Europe, and I believe for many in the UK also, Brexit looks like an ill-thought out tantrum thrown by manipulative self-serving political forces. It’s like someone who uses a suicide attempt to call out for attention while banking on the fact that someone will reach out to them in time. Yet, in this case, the emergency services arrived a little too late. The UK has always had the power to hold a prominent position within the EU but has always chosen to be a half-hearted member instead. Cooperation is obviously about consensus and this is only achieved through some form of compromise which ensures mutual benefits. The idea that the UK has been the victim of a European conspiracy that has exploited it to the benefit of the rest of the continent is absurd. The irony, of course, is that all the major issues that led people to vote for Brexit – mainly this idea of “taking back control of our borders” and stopping the “swarm” of marauding migrants – will not be affected in the least by this decision. Yes, Europe is facing serious issues. Yes, the EU needs major changes, but the level of polarisation and fear-mongering which is being fomented by the extremists from within is much more serious and threatening to our well-being than any other issue. Working together has always been the best way to settle differences. Despite the fact that art and music are universal languages and therefore can easily foster connections and cooperation, artists and musicians clearly show how powerful we can be when we achieve this, and this is one of the purposes of Iminente. To show that, despite our differences, we can and should work together. 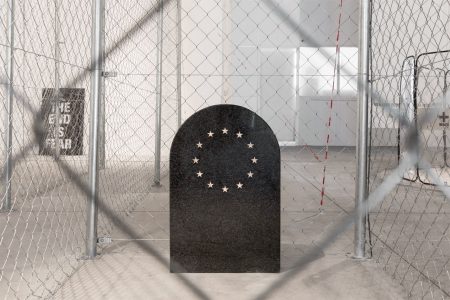 AM: In a sense, you’re a child of the modern Europe having grown up in Portugal and having studied here in London, so how has the Brexit vote made you feel on a personal level?

Vhils: To be honest, it came as a shock. I feel that I was a pretty lucky European to have grown up during a time when this interaction was possible with the UK. What the future will hold nobody knows, but despite all its shortcomings, the EU created the conditions to make this interaction possible among its member states. People tend to focus on politics and the economy, but this interaction has been very positive for artists and other creatives working in various fields. My generation was given access to these amazing privileges, which are very easy to forget when you take them for granted. For each solution a thousand problems are created. We may have serious problems to solve here, but I don’t think we have really evaluated properly what problems will arise from this particular solution. Regardless of the outcome, we all stand to lose both in the UK and the rest of Europe. 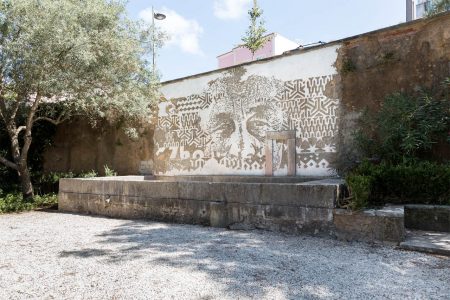 AM: What do you think it is about politics and political imagery that has made them such enduring influences on your work?

Vhils: I look at my work as being more concerned with social issues than political issues, but I can also see how easily these can be connected. My main concern is to create a reflection on how the fast changes brought about by the model of socio-economic development we’re following without much critical consideration are affecting individual and cultural identities. How, while we are growing increasingly connected, we are also witnessing the erosion of the differences that made each culture unique. Working as I do with the material layers of our cultures that have sedimented over time, the act of digging into them and bringing to light fragments from the past can be seen as a statement on this loss, and how our collective memory tends to forget things very quickly. 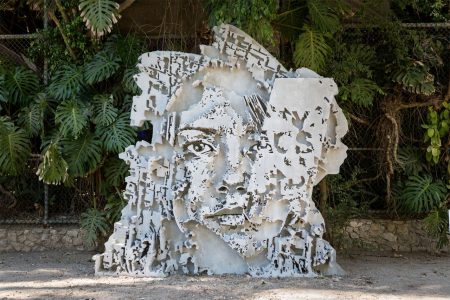 AM: Can you tell us a bit about why you’ve chosen this particular group of artists for Festival Iminente?

Vhils: All of these are essentially artists whose work I both respect and admire. It’s as simple as that. I wish we could have more artists, but that would affect the spirit of the festival, which is meant to be a very low-key and intimate experience. What they share in common is that they all come from Europe, they are all breaking new ground in their respective ways, they all have something interesting to say and in essence they all represent a utopian view of what a real European community can look like. We are all very different people but what separates us is nothing compared with what brings us together. In this respect we share a sort of identity amongst us. And this is the key issue here.

The festival is being supported by Super Bock and will run (2pm to 3am) Friday 28th and Saturday 29th July 2017 at 93 Feet East, Old Truman Brewery, 91 Brick Lane, London, E1 6QL. Tickets are available now from festivaliminente.com. 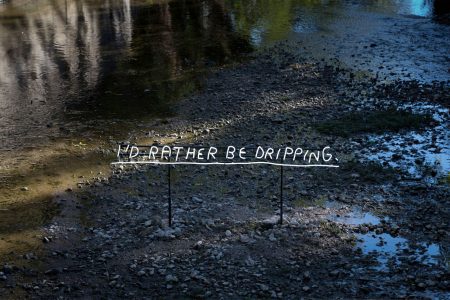 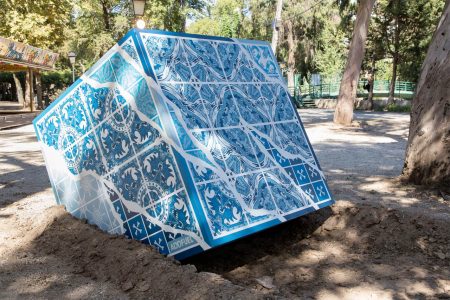 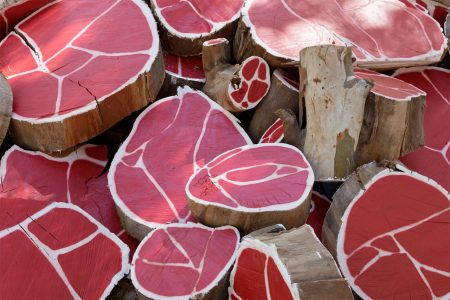