Not long after closing his successful solo show in Paris (covered), and prior to starting working on upcoming solo shows in Asia and US, Belin had the opportunity to paint a new mural in Torredonjimeno, near his hometown of Linares in Andalucia, Spain. Continuing his ongoing body of Postneocubism works, the Spanish artist (and a father of 3) composed this harmonious piece titled Amor De Padre (Love Of Father).

Using spraypaint, the piece cleverly mixes photo realistic elements that are deconstructed in cubism manner, along with vibrant color sections and crisp & colorful linework. The complete image depicts a father and his daughter looking at each other and forming a large heart shape with their figures. Berlin wanted to send out a message of equality with this mural –  equality in sense that the father has the same obligations and rights as a mother to raise his children, but also, equality as the base for a better, peaceful world. 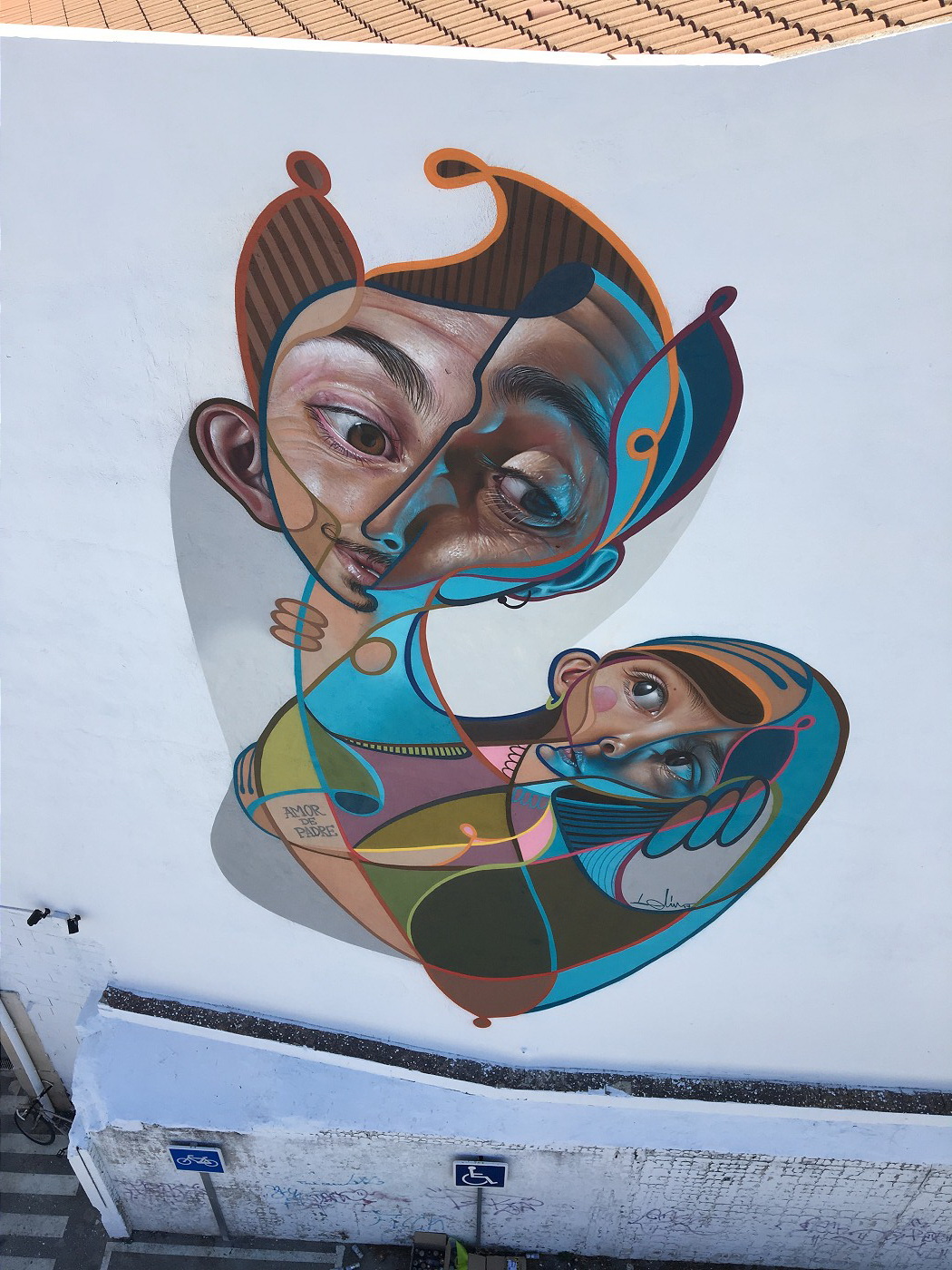 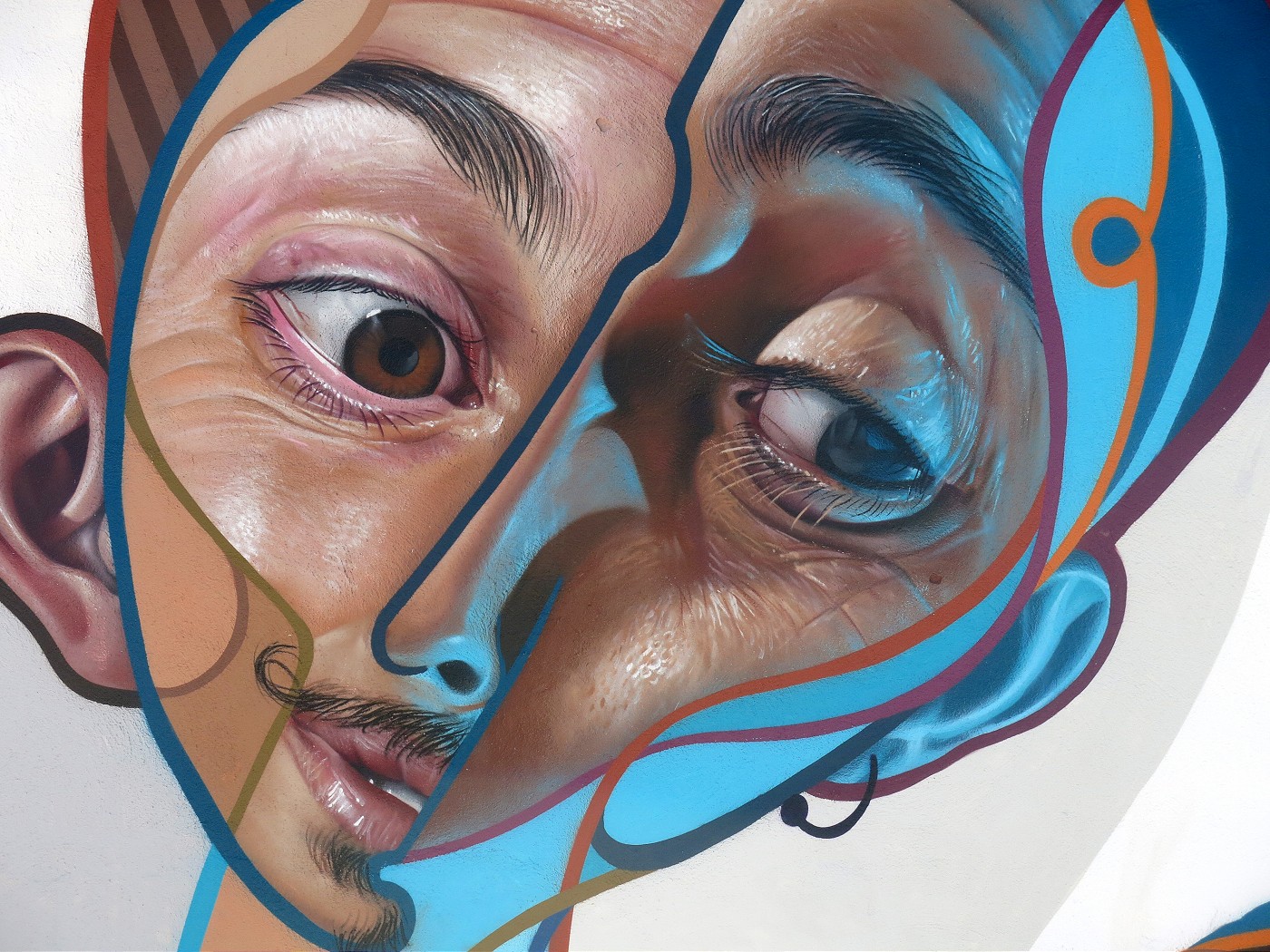 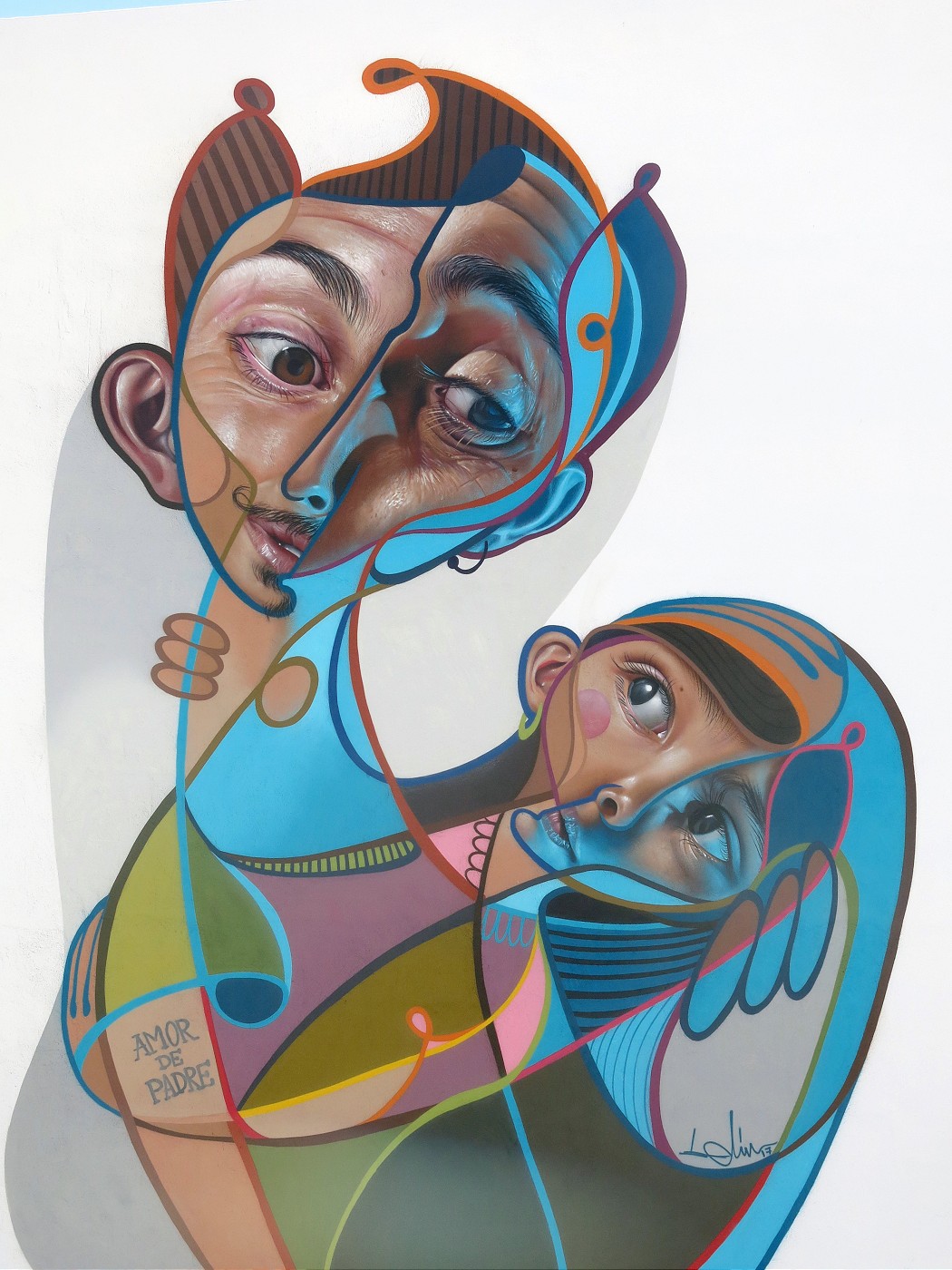 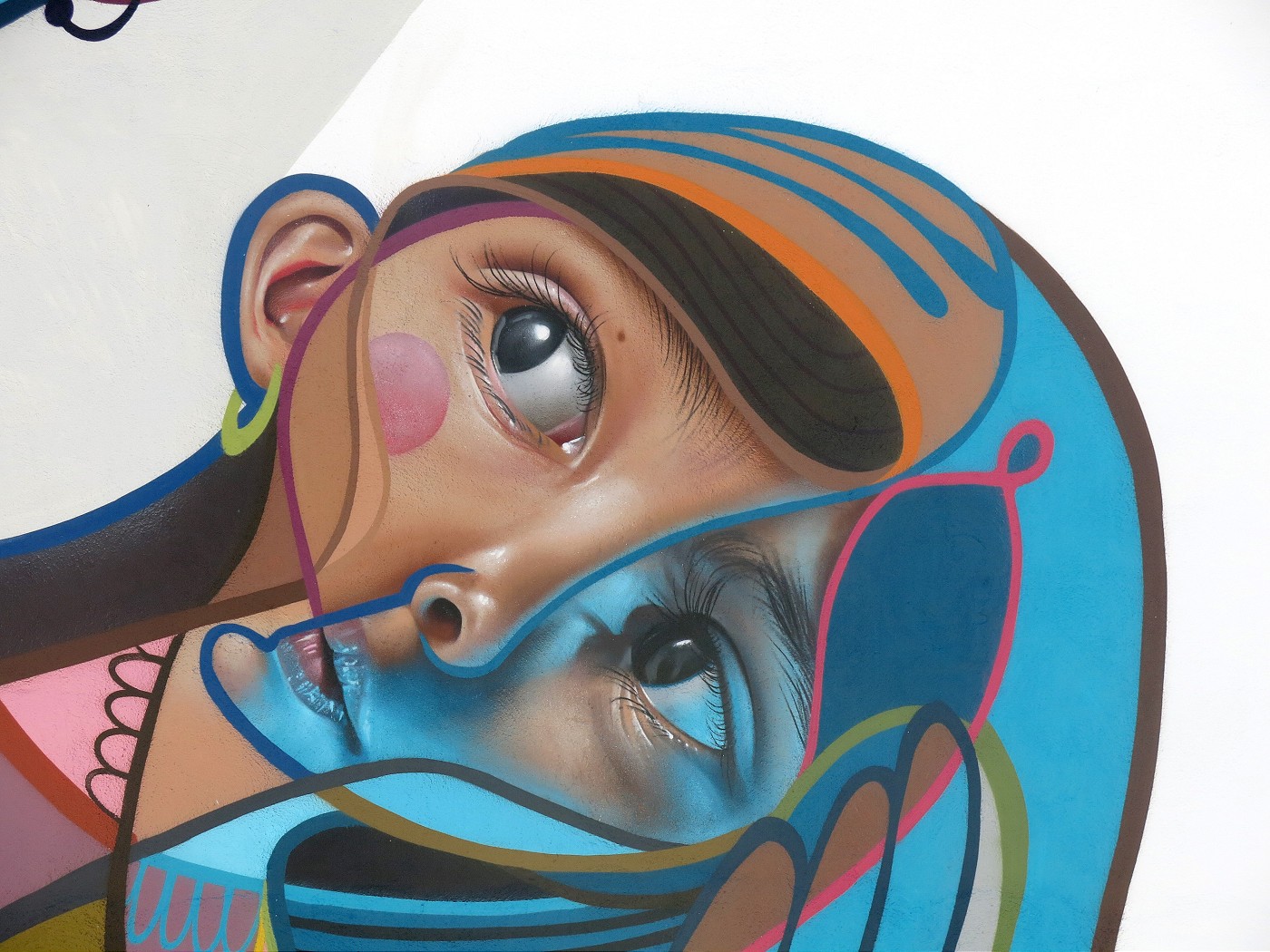 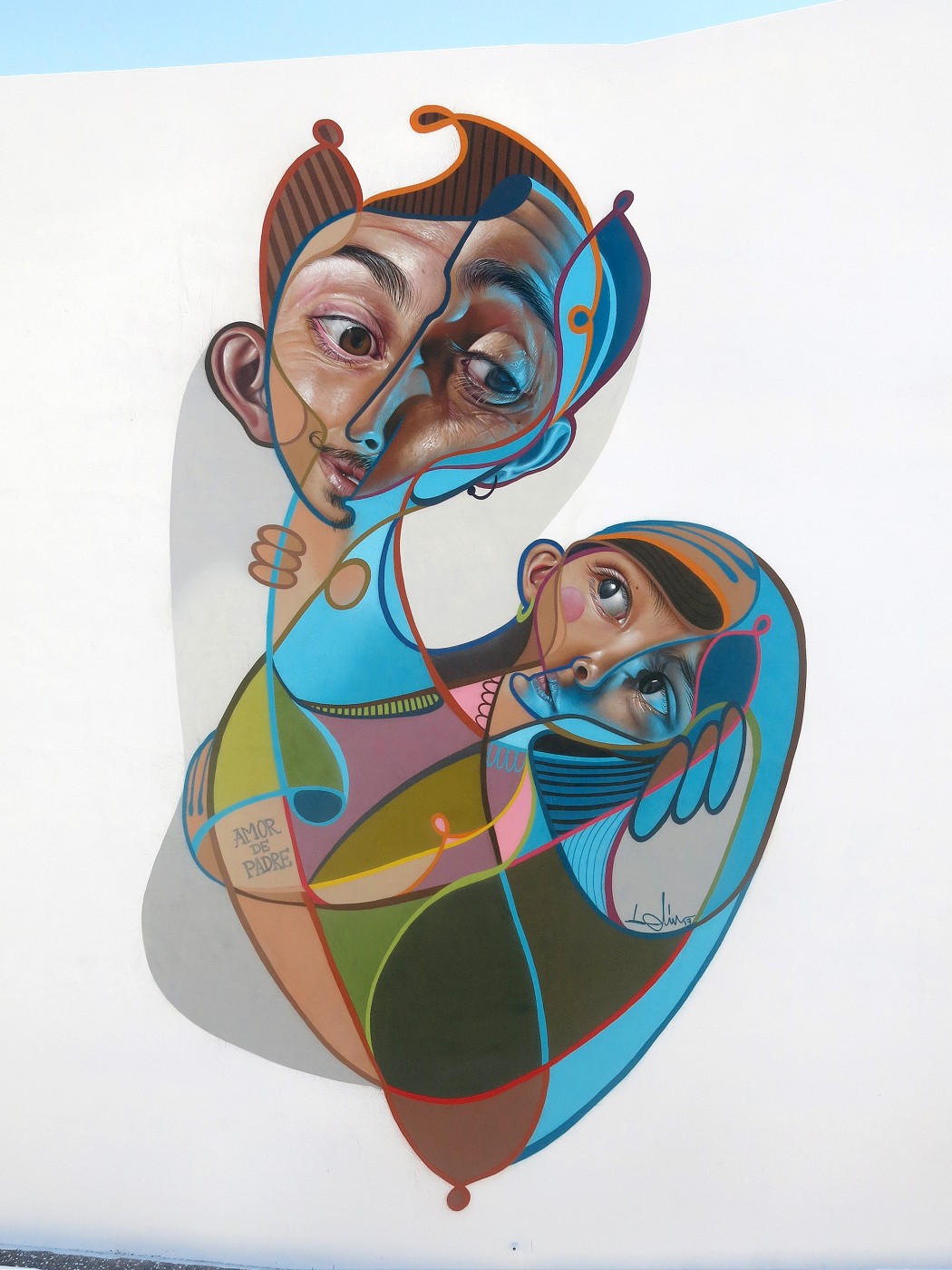 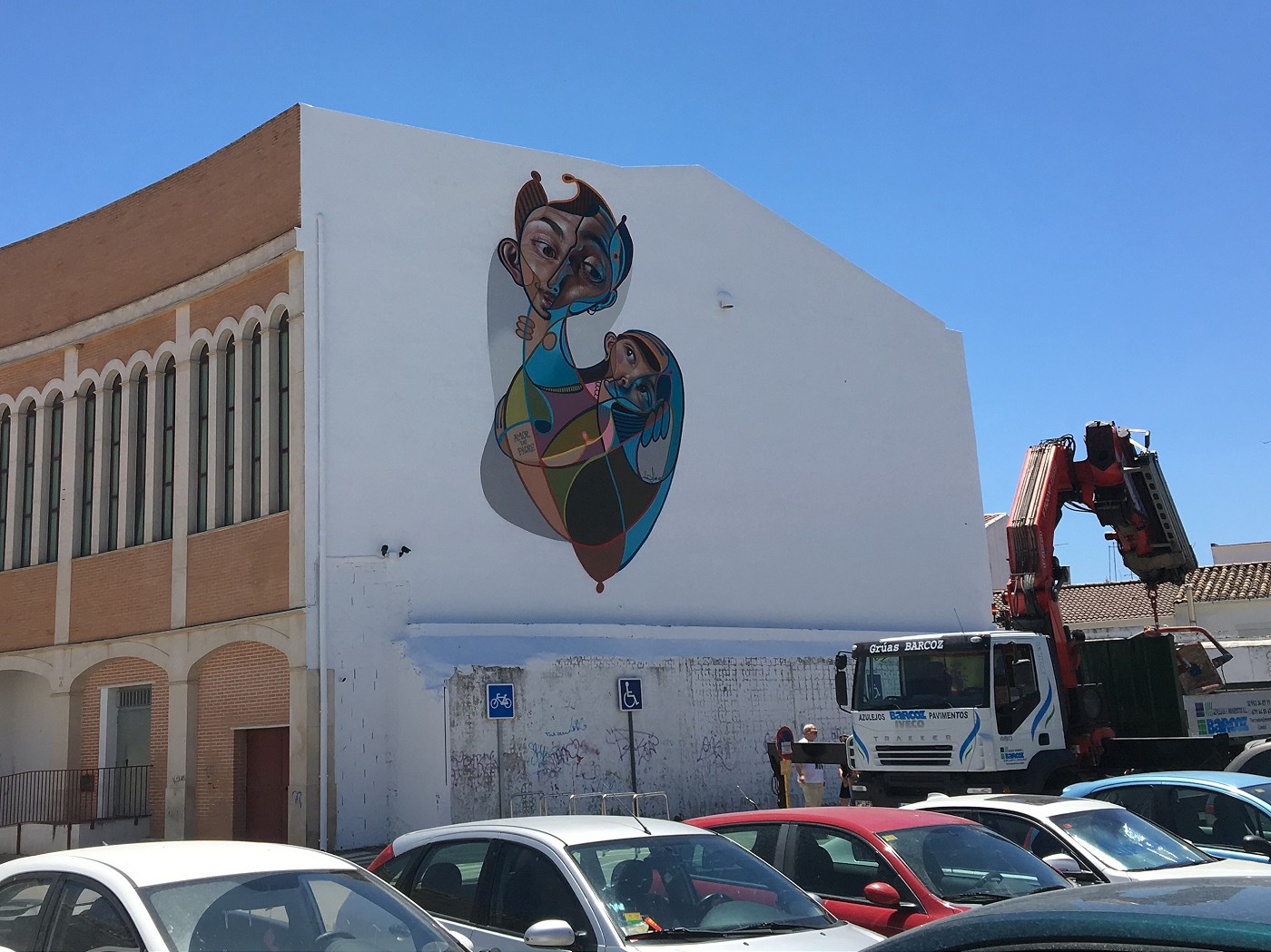