NYC-based artist Daniel Arsham along with footwear & clothing designer and owner-operator of Kith, Ronnie Fieg, recently teamed up for their newest project that will open doors on October 11th. Arsham/Fieg Gallery will launch with a solo show by Haroshi (featured) who will introduce his newest series of Guzo figurines which were introduced earlier this year at Nanzuka Gallery in Tokyo (covered).

With his exceptional work process and skilled craftsmanship, the Japanese artist is a perfect match for a debut show in a gallery operated by the likes of Arsham and Fieg. Both known as aficionados in the domains they work in, they will surely bring some groundbreaking works to their newest creative space. Simply titled Gallery Show, the exhibition will consist of new sculptural pieces experimenting with the possibilities of the peculiar medium – discarded skateboard decks. We got a chance to have a peek inside artist’s Tokyo studio as he was preparing the show, and talk with him about the meaning behind the work he produced for it.

AM: How different is this show from your Guzo show in Tokyo?

Haroshi: Basically, it’s almost same exhibition, but the upcoming exhibition in NY will include five new pieces of Guzo. The rest of the works are pieces shown at the exhibition in Tokyo, which are loaned from the collectors who acquire them.

AM: Is the work based on replicating existing figures or inventing your own?

Haroshi: Guzo series is based on Dōsojin, a kind of kami (spirit) from Japanese religious belief. It is an icon which I made up through mixing various views of the other religions. It is said that kami is everywhere around the corners of the streets in Japan, and all objects, places possess some kind of spirit. That is interesting, isn’t it?

AM: Definitely. Except from using skateboards as material, are any of the pieces thematically skateboarding related?

Haroshi: I believe that no one can understand pain in the real sense unless you experience it. I think Jesus Christ became a messenger of God because he bore the pain instead of us. Moreover, the reason why Buddhist monks practice religious austerities is to understand the pain that people bear. I have been thinking for years that skateboards are being destined to be hurt over and over again, to be thrown away in tatters at the end. So in that sense, I thought it would be the most powerful kami if I make kami from it. And I suppose creating this kind of thing is our role.

AM: Did you plan any edition releases for this show?

Haroshi: I will release a new 3D lenticular print which has 3 images of Guzo switched as it is viewed from different angles! I have loved this kind of low-tech stuff since I was a kid. It will be available in an edition of only 20 pieces, each framed in acrylic box. 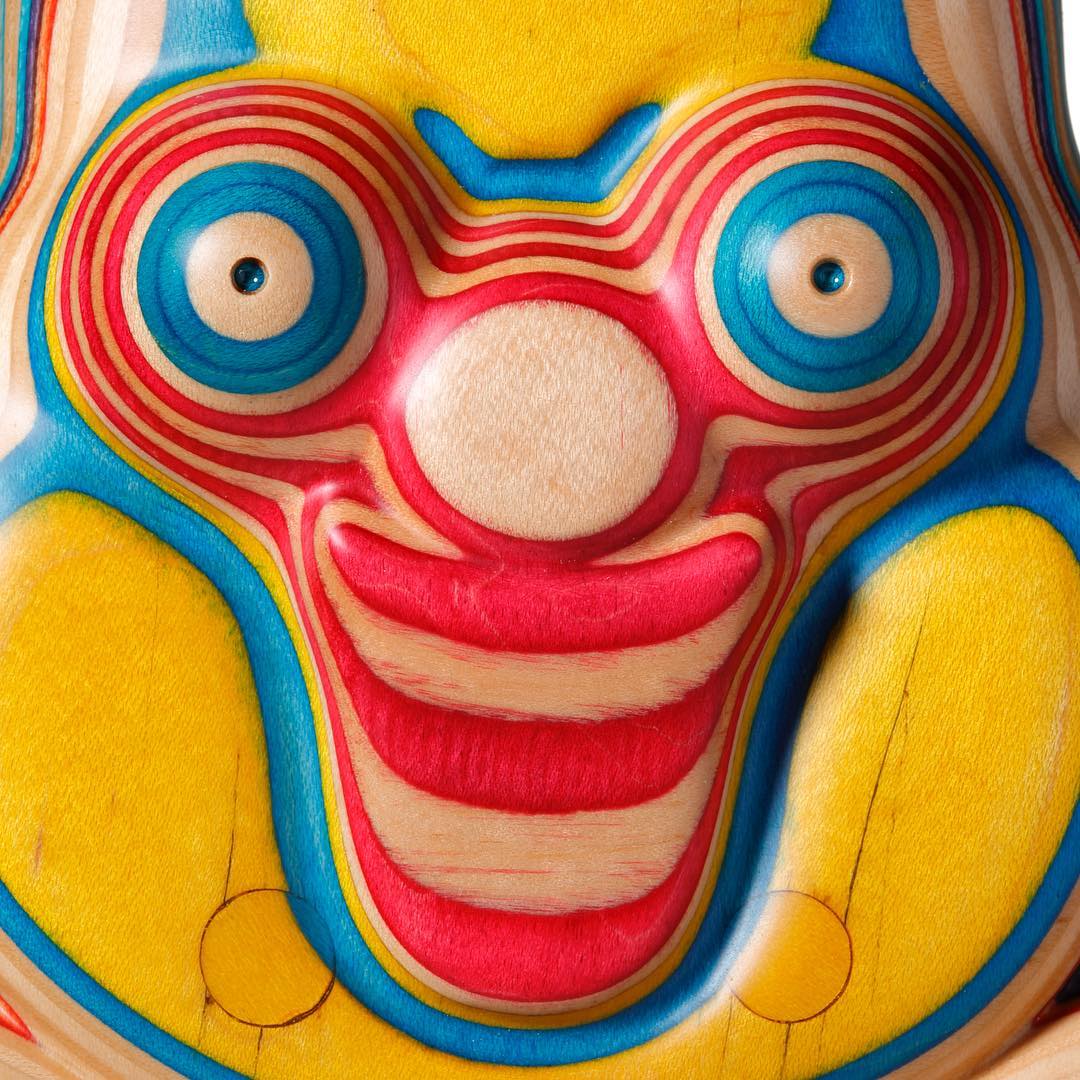 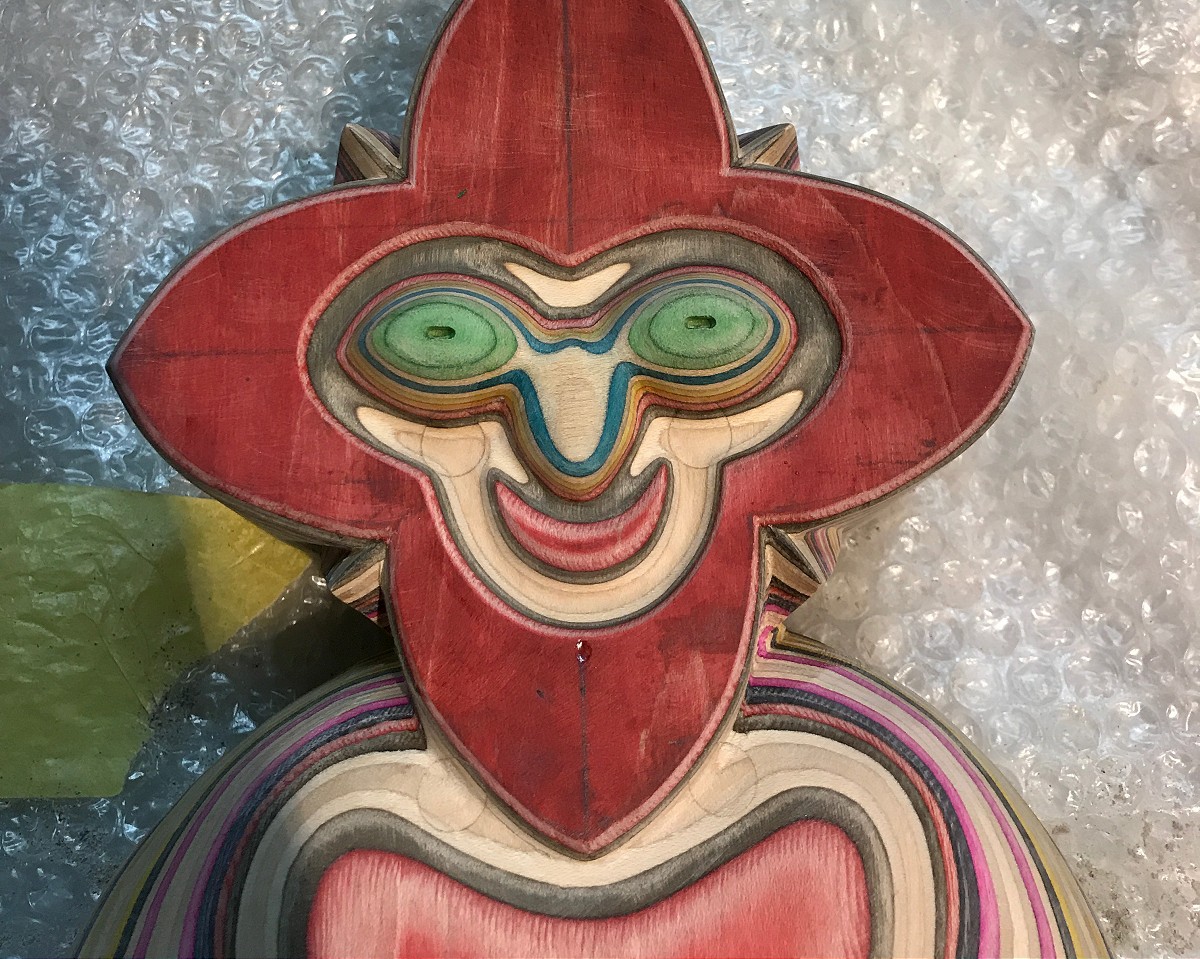 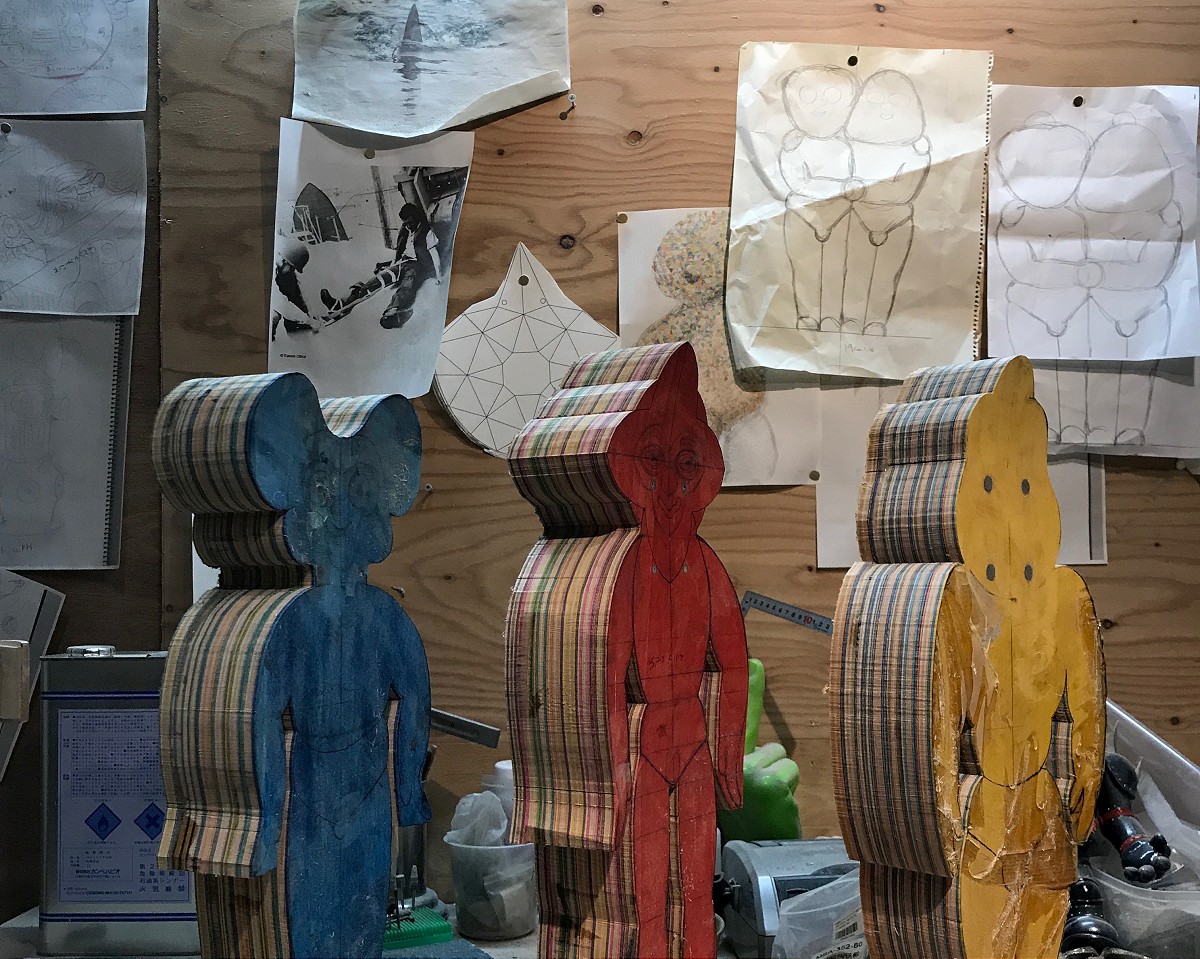 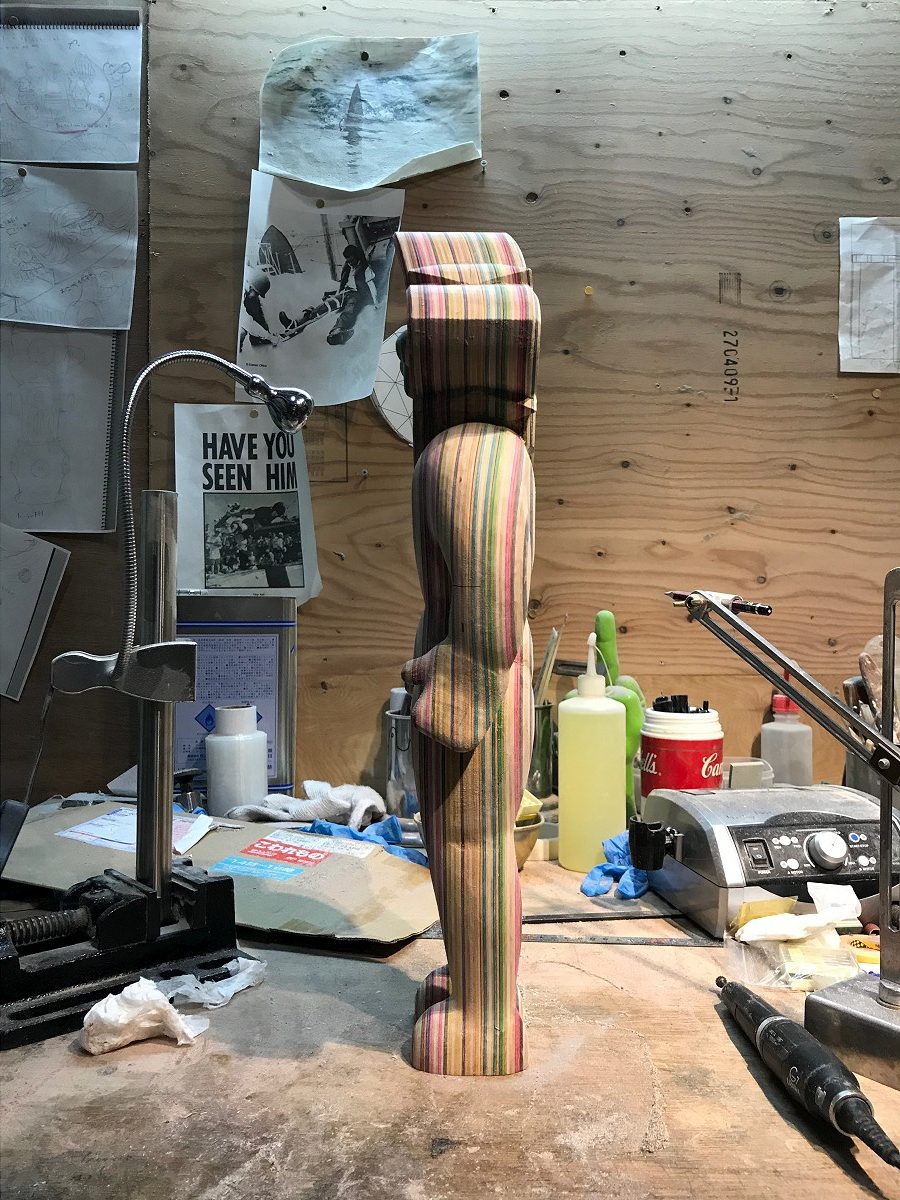 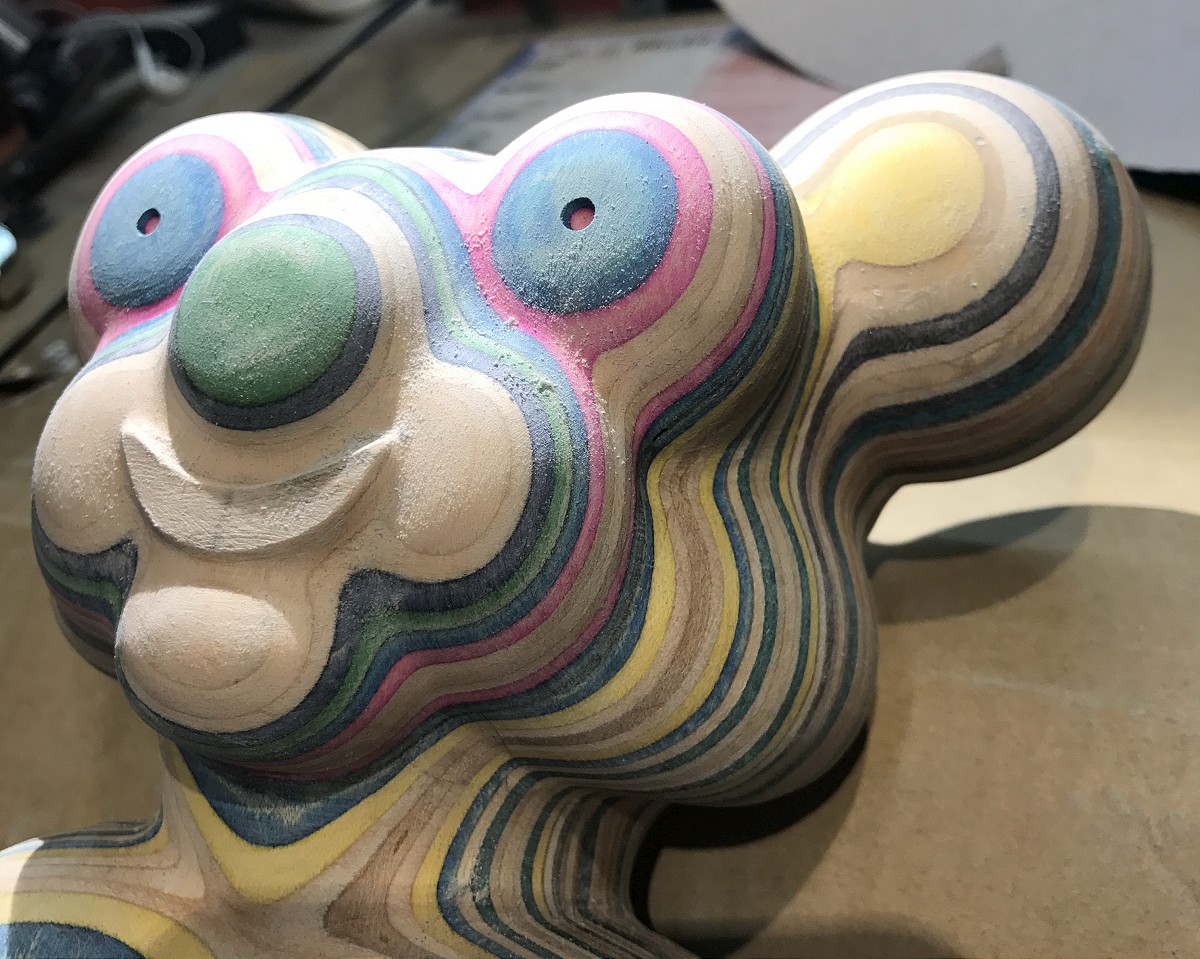 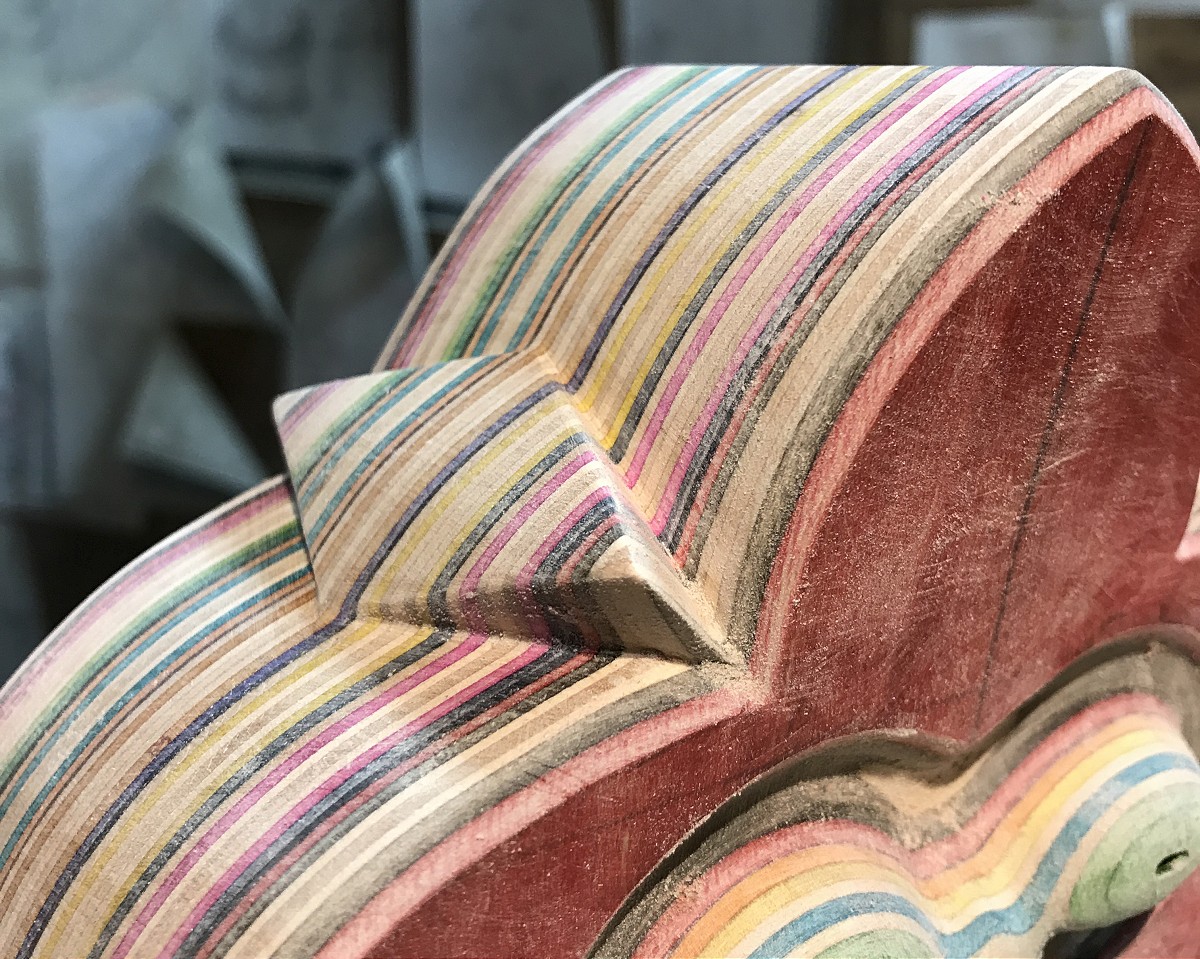 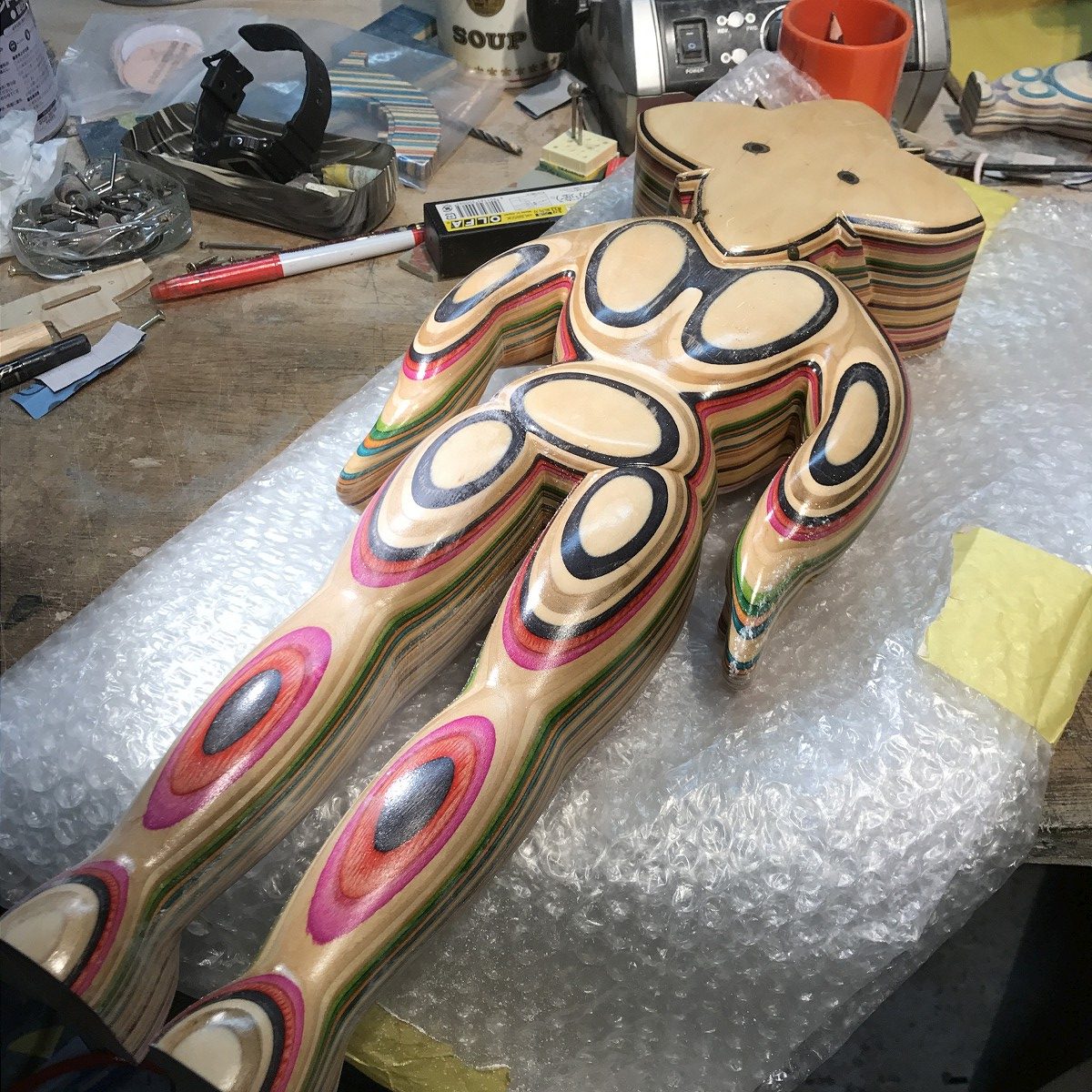