Later this month, Ai Weiwei will be opening an ambitious project in New York where he will be creating site specific works as well as a series of 200 banners that will be placed on lampposts in all five boroughs. Working with Public Art Fund, the Chinese artist will be bringing attention to the international migration crisis with the new work, drawing empathy from his own experiences of displacement in his youth. To support this large-scale exhibition entitled Good Fences Make Good Neighbors, he will be releasing two editions on eBay which will be available from October 17th to the 27th. The 24″ x 36″ print will depict the global refugee crisis as a Greco-Roman style frieze while the sculptural edition is of his famous hand with his middle finger up from his photographic series Study of Perspective. 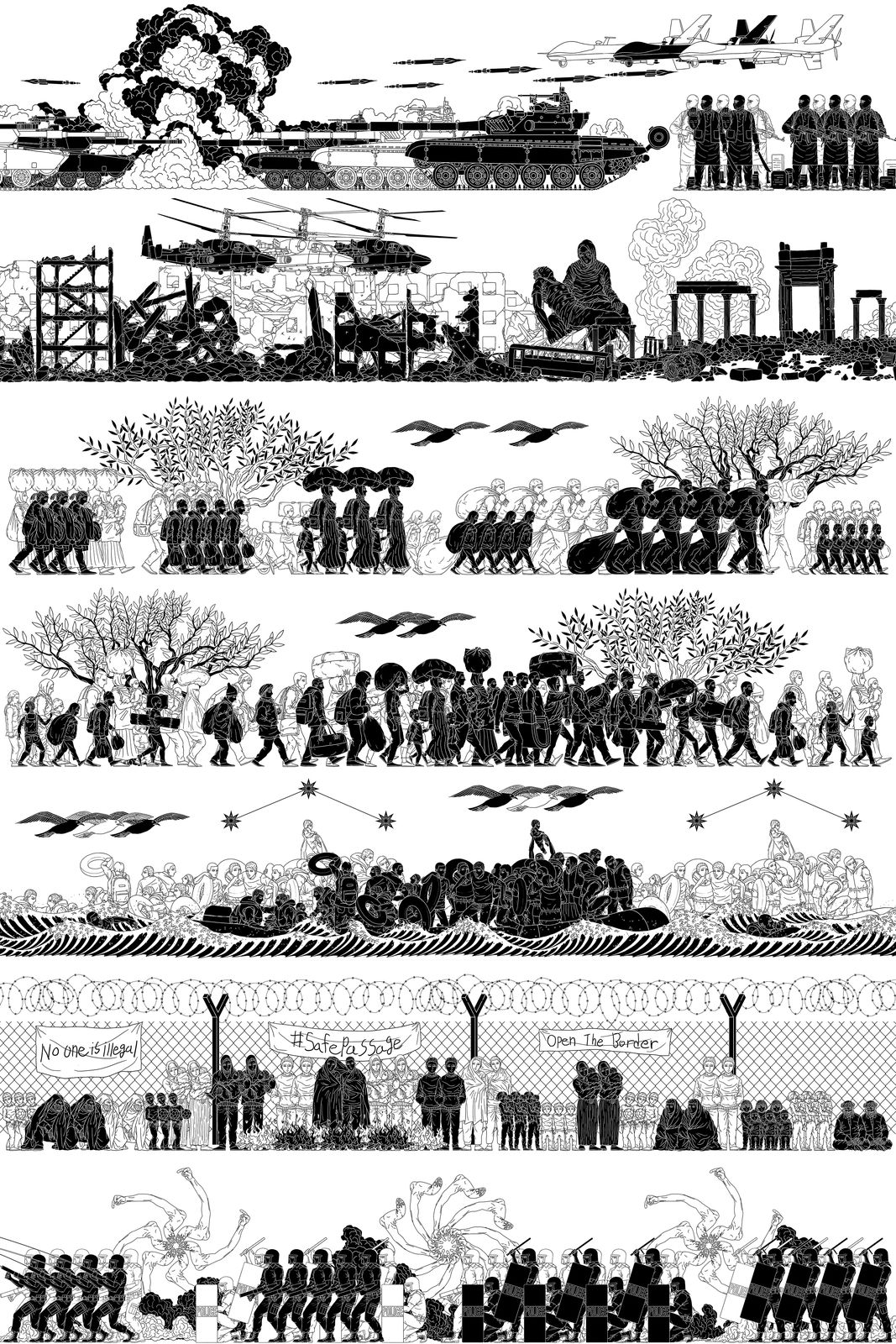