Croatian artist Igor Taritaš will be opening a solo with a new gallery, Tales Of Art, in Imola, Italy, on November 25th. For Alienated Space, the young artist created a new series of distinctive acrylic paintings that explore the notion of space through play with architecture and light.

For his show earlier this year in Zagreb, Croatia (covered), Taritaš painted a series of works which portray somewhat sumptuous, almost kitschy concepts of luxurious life spaces. Illuminated with dimmed, indeterminate light, the pieces are both glorifying the palatial appearance of mansions while commenting on the exaggeration that often follows the lifestyle. Hiding surreal elements within seemingly realistic renderings of made up locations, these places balance between a dream and nightmare. This is further accented by thick layers of paint or intentional scratches and “mistakes” that suggest the inevitable deterioration of such structures, especially when abandoned which is usually the case in Taritaš’ work.

For his newest body of work, he focused on urban settings, basing his images on actual locations but adding additional elements and emphasizing the light and shadow play. Giving the raw concrete a glass-like reflection and modifying the familiar elements, he continues to explore the concept of space as a multidimensional being that affects our own actions with its inherent energy while celebrating these mundane monuments of society. 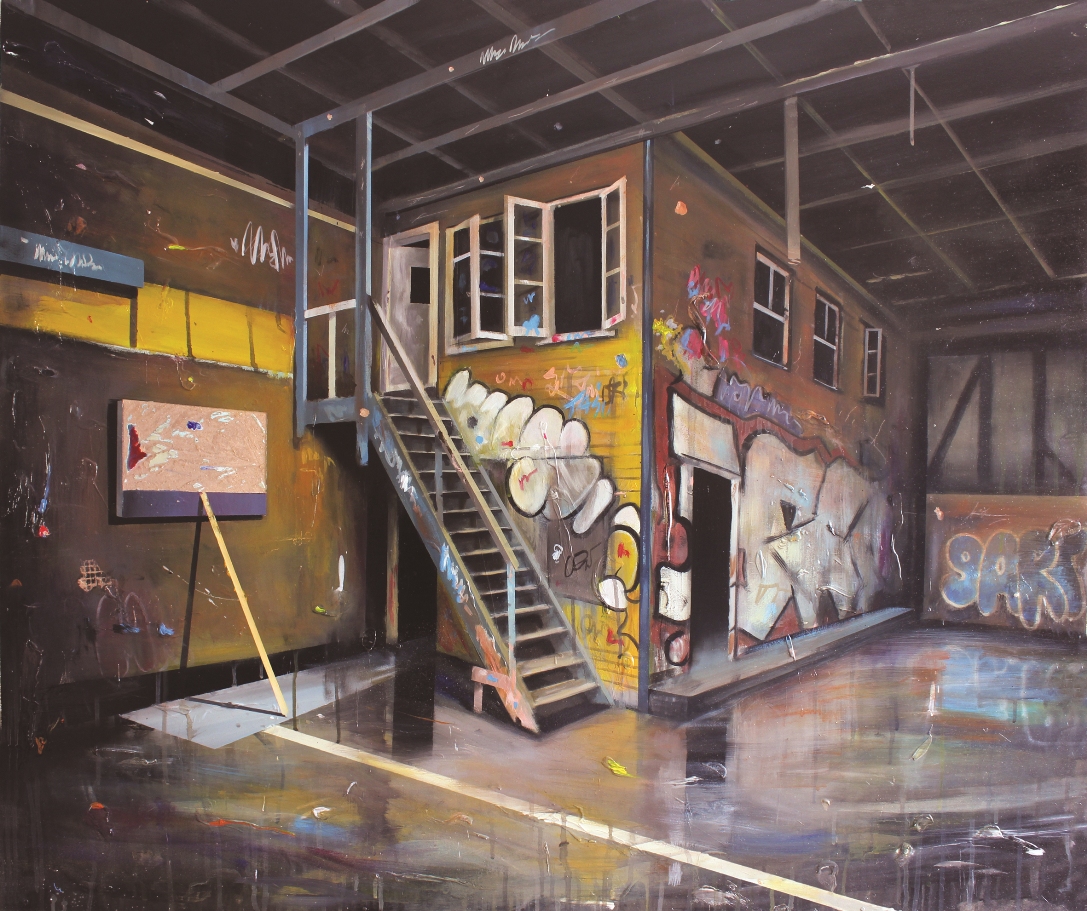 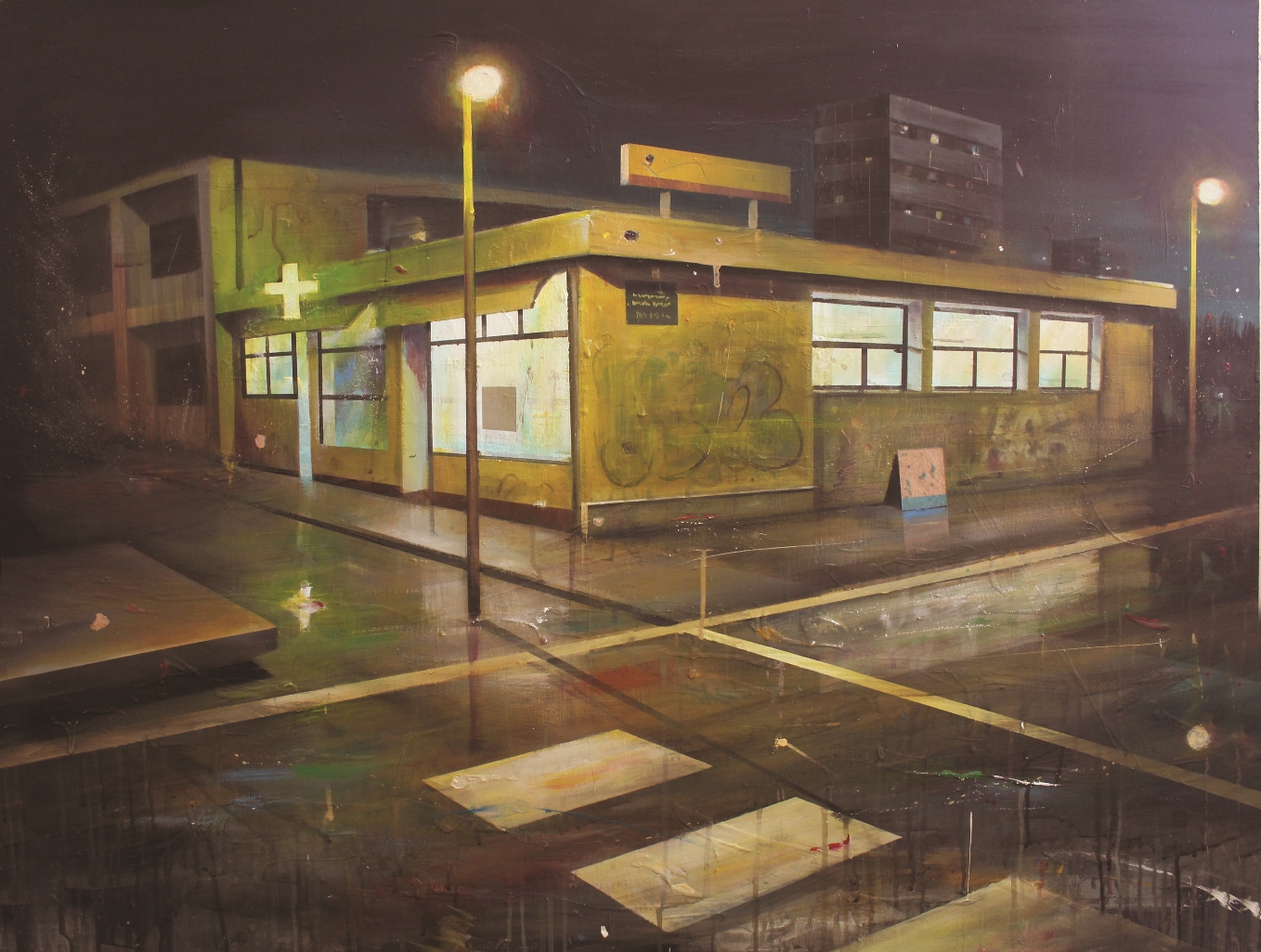 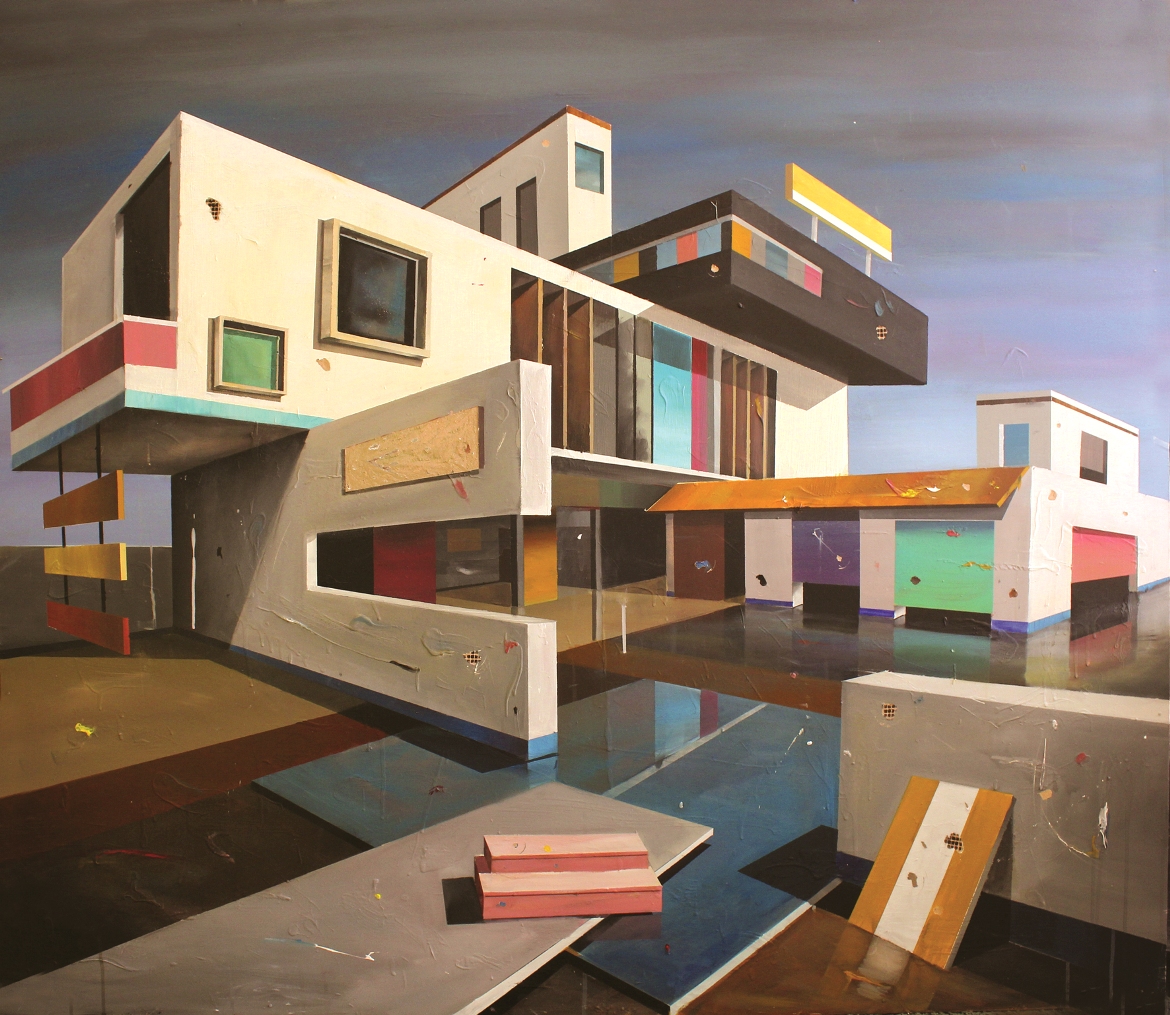 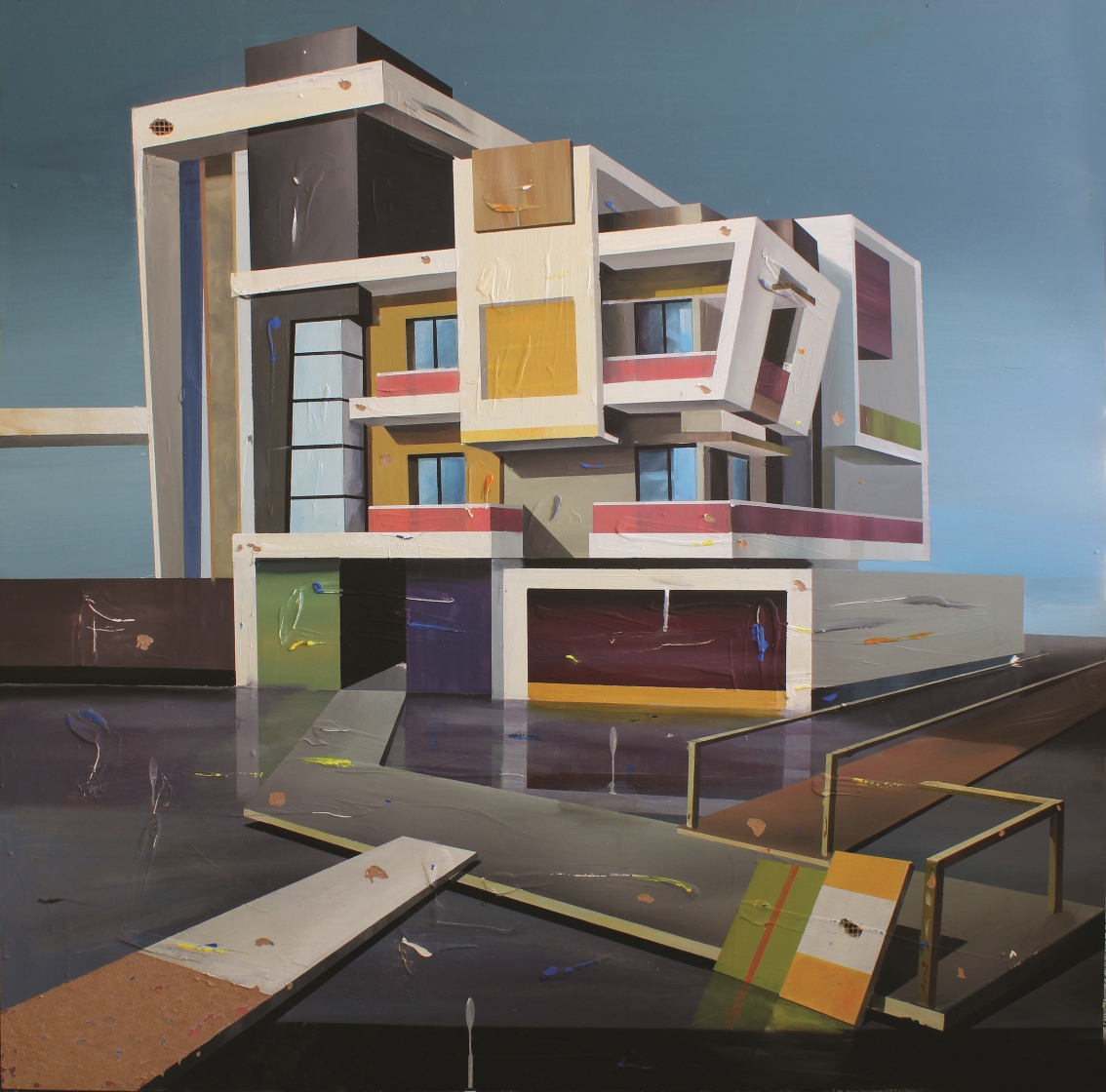