Painter Scott Listfield has released a series of prints based on five of his paintings that were recently shown at Rotofugi Gallery in Chicago. The body of work on display was created with the venue in mind as the space is also associated with a specialty toy store – which brings us back to these five prints. Entitled Yellow Lion, Red Lion, Green Lion, Blue Lion, and Black Lion, the reproductions feature Listfield’s familiar astronaut character gazing at the robot lions that form Voltron. They can be purchased here for those interested. 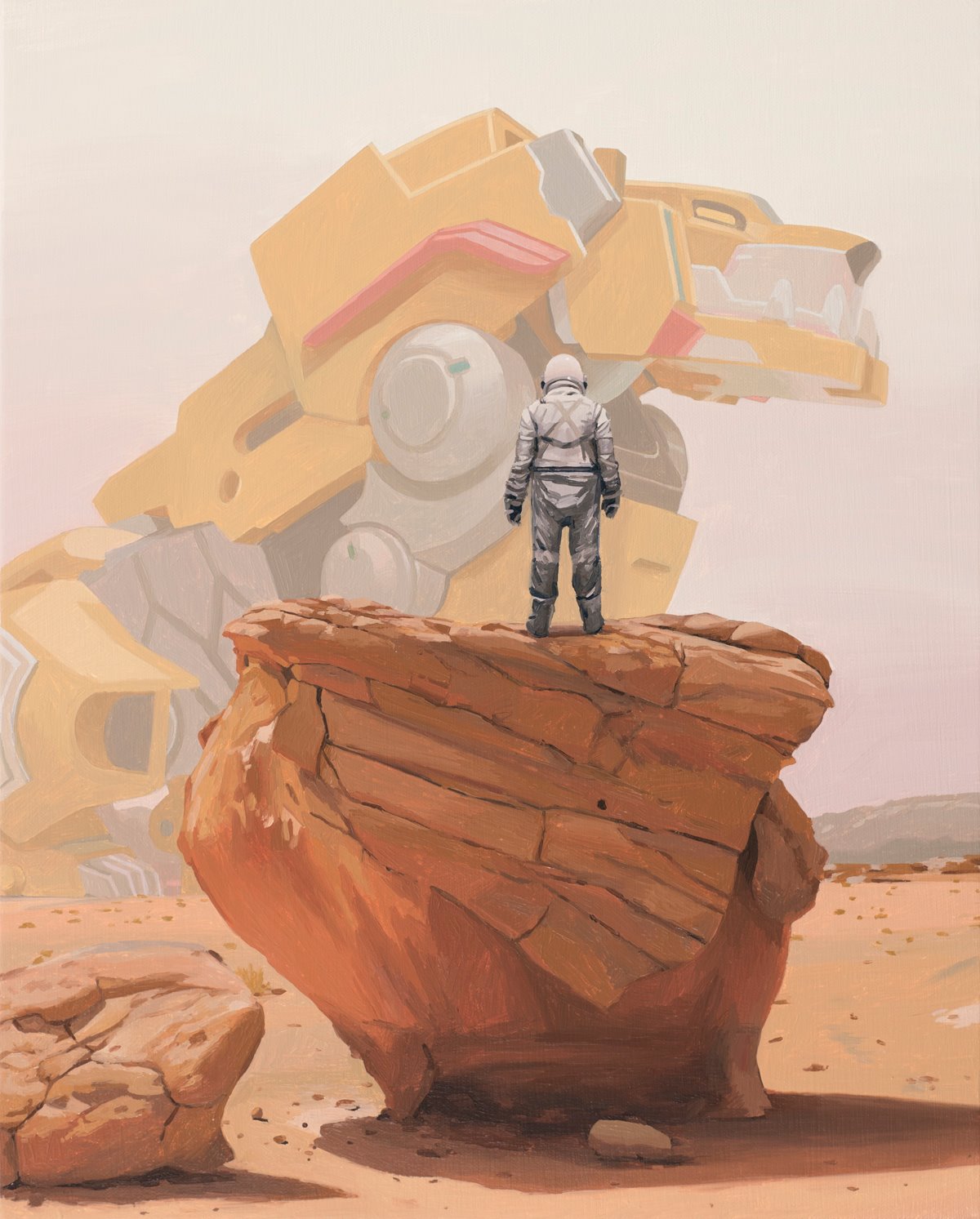 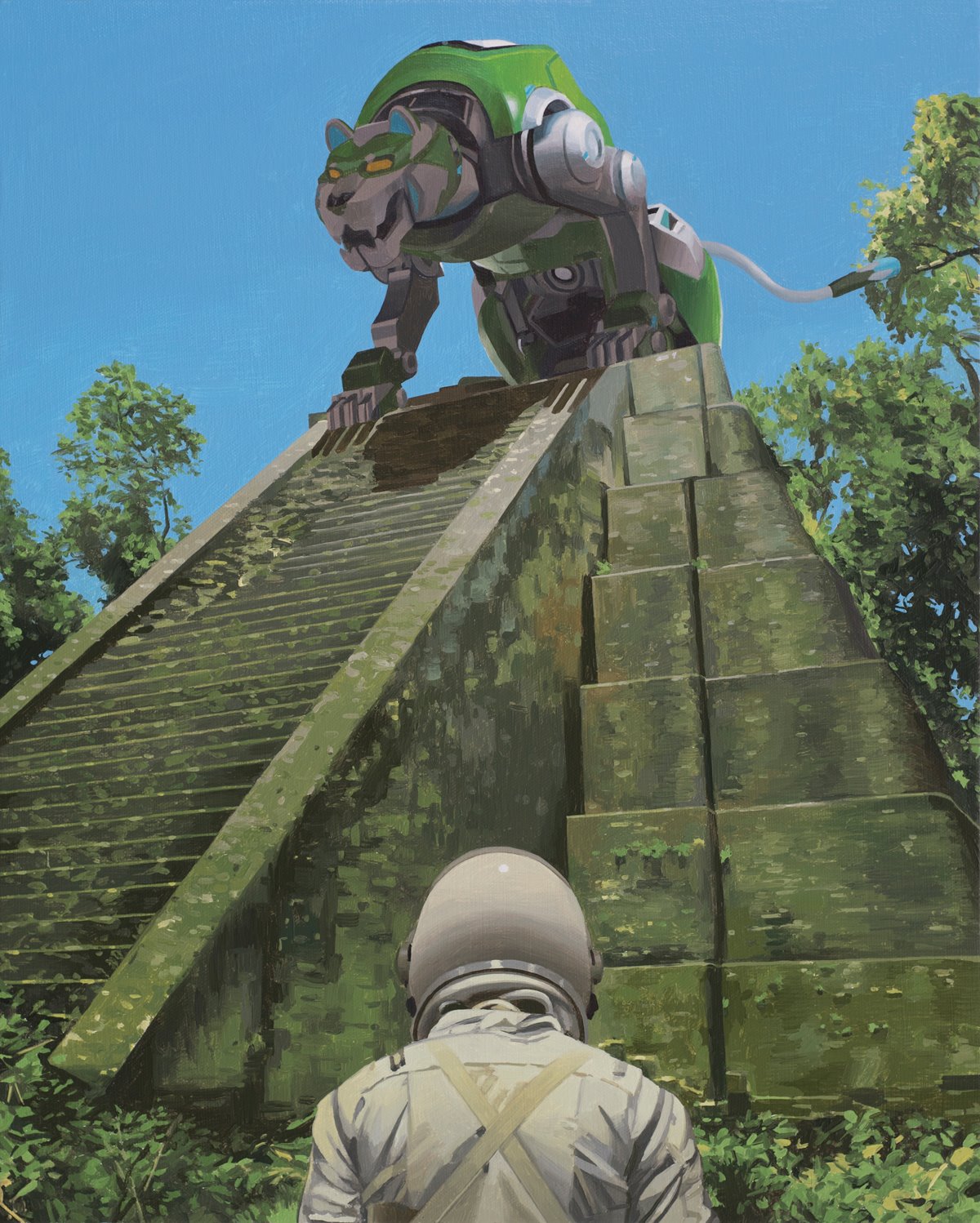 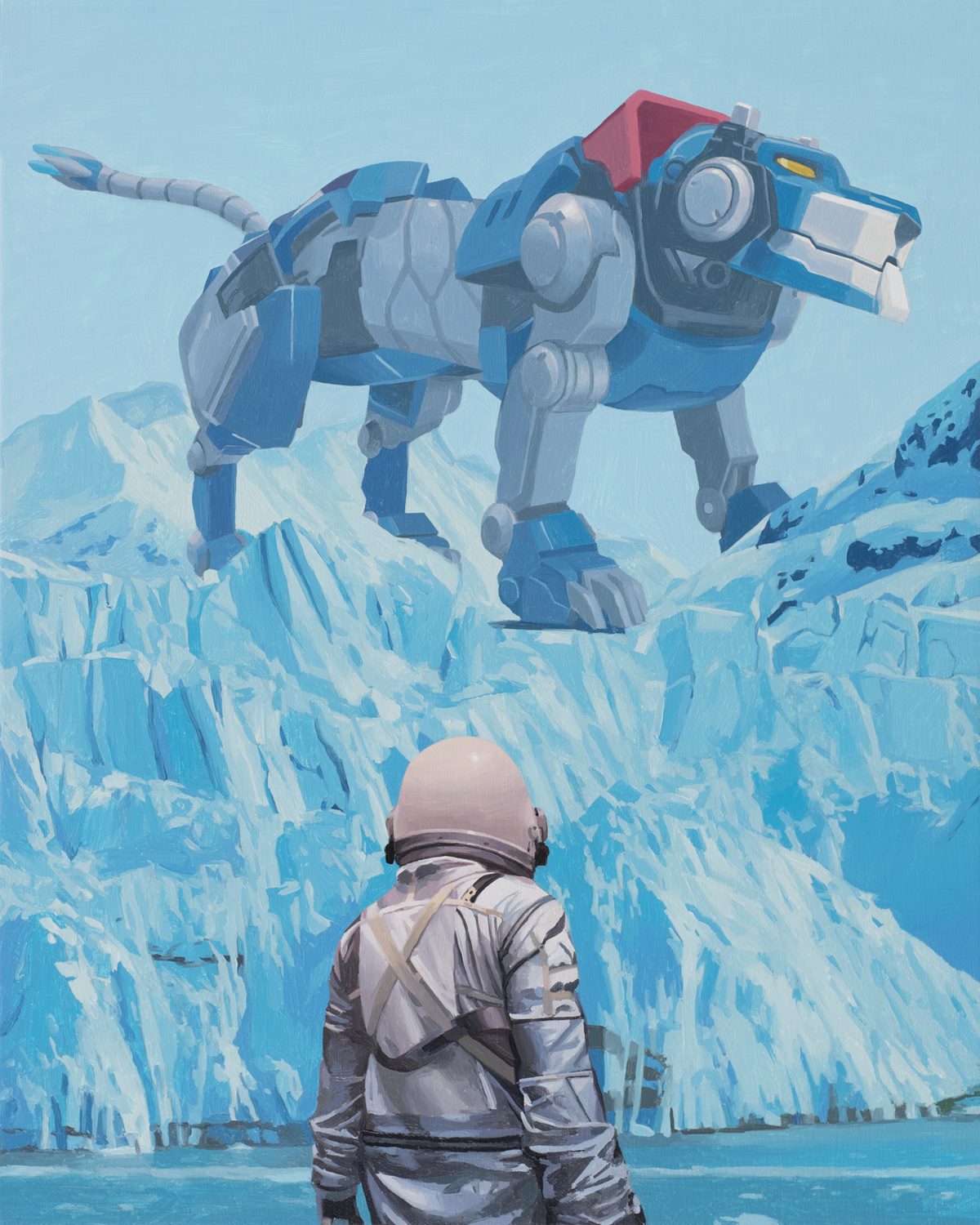 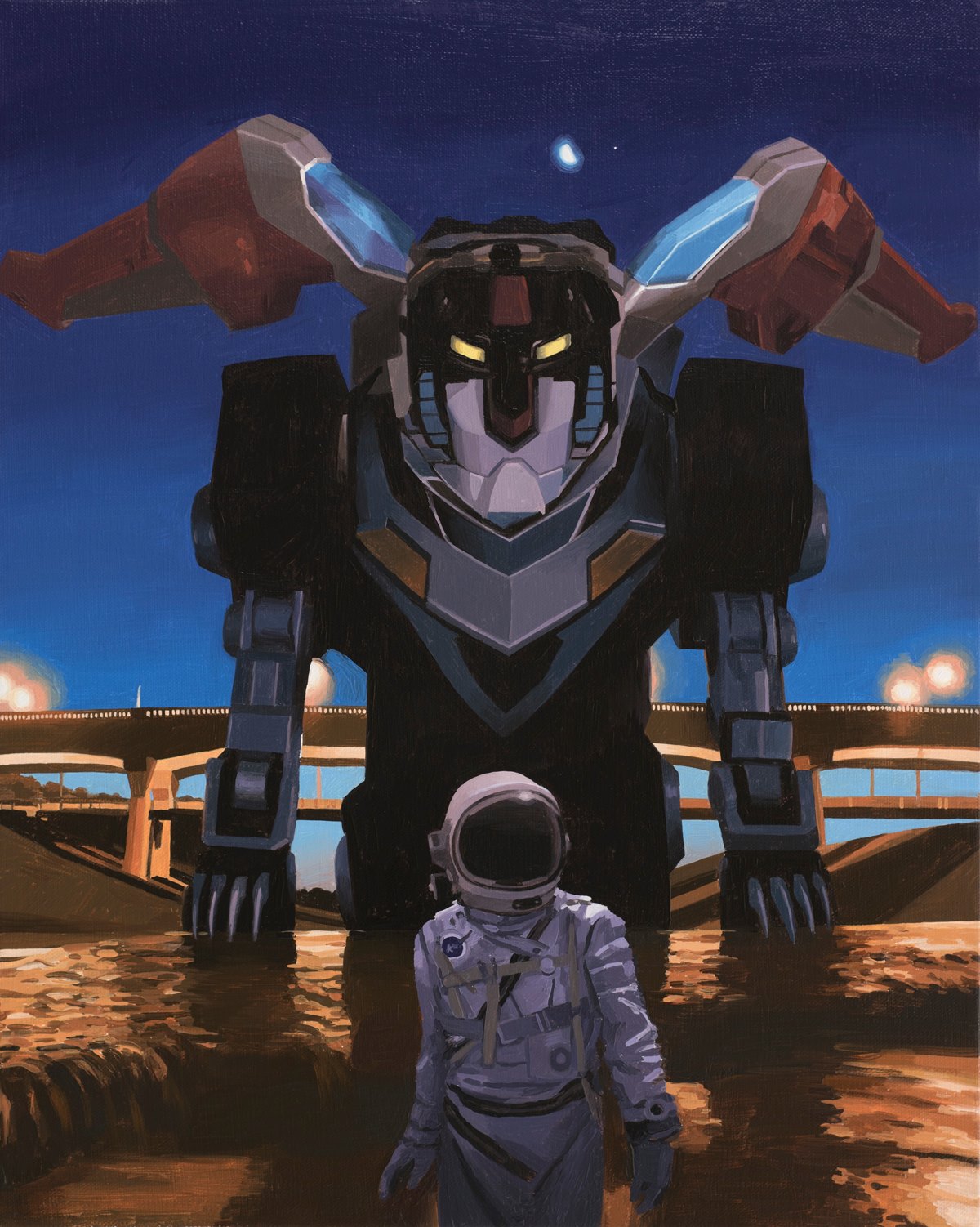 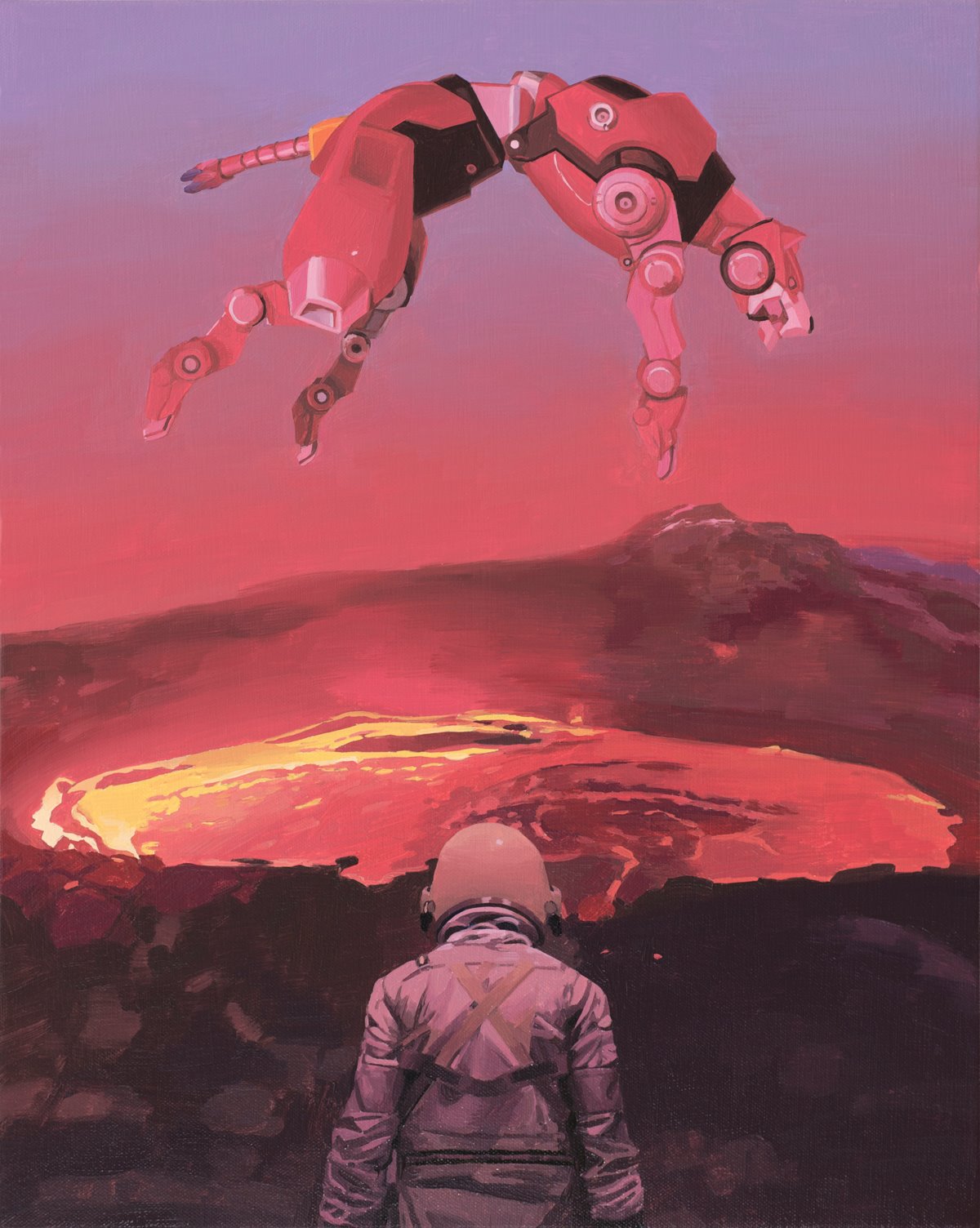