Spanish artist Escif was very active in the last couple of months, travelling around Europe and creating new public works inspired by the local issues and history. Often criticizing aspect of human activity, or choices made by part of population, his pieces balance between conceptual interventions, large illustrations and classic murals.

Back in October Escif finished one of his larges pieces to date, on the 100m long back wall of the Modern Art Museum in Valencia (Institut Valencià d’Art Modern—IVAM). Marking the opening of a new outdoor section of the institution, Plot of the solar was meant to be “a wall that can be heard, containing the noise of the neighborhood, its history and its inhabitants.” As part of the same project, he painted a mural depicting a unicorn statue with a statement Fuera Droga Del Barrio, which is a play on words that talks about the drug issues in the neighborhood.

Catalogue of fences / wall of shame piece was painted only few days later in neighborhood of Nazaret in Valencia. As a critique of the wall which was built in order to allow the expansion of the Port of Valencia while blocking the neighborhood’s exit to the sea, the image points out at a long history of inequality in personal and social development of the area.

From there, the artist flew to Poland where he painted a big radiator with a text Opor/Resistance above it. Symbolically celebrating the resistance of the locals against Nazi occupation, then to the Soviet occupation, the idea of this work was to warm up and encourage locals to keep warm against globalization and gentrification. Finally, he recently stopped in Brittany, France to participate in the Teenage Kicks festival with a Saumon sauvage/Savage Salmon piece that refers to Wild Salmon, a species that can still be found only in Brittany. As commentary on climate change, as well as excessive consumption of this fish, the disappearance of endemic species serves as a metaphor for the existence of humans. 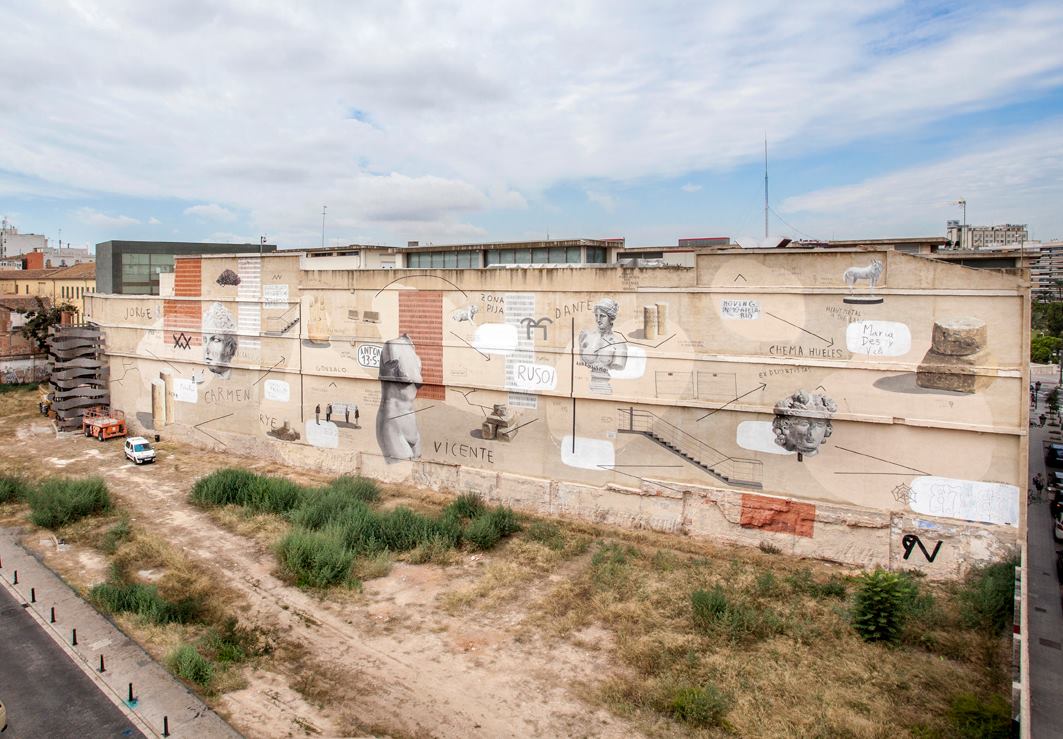 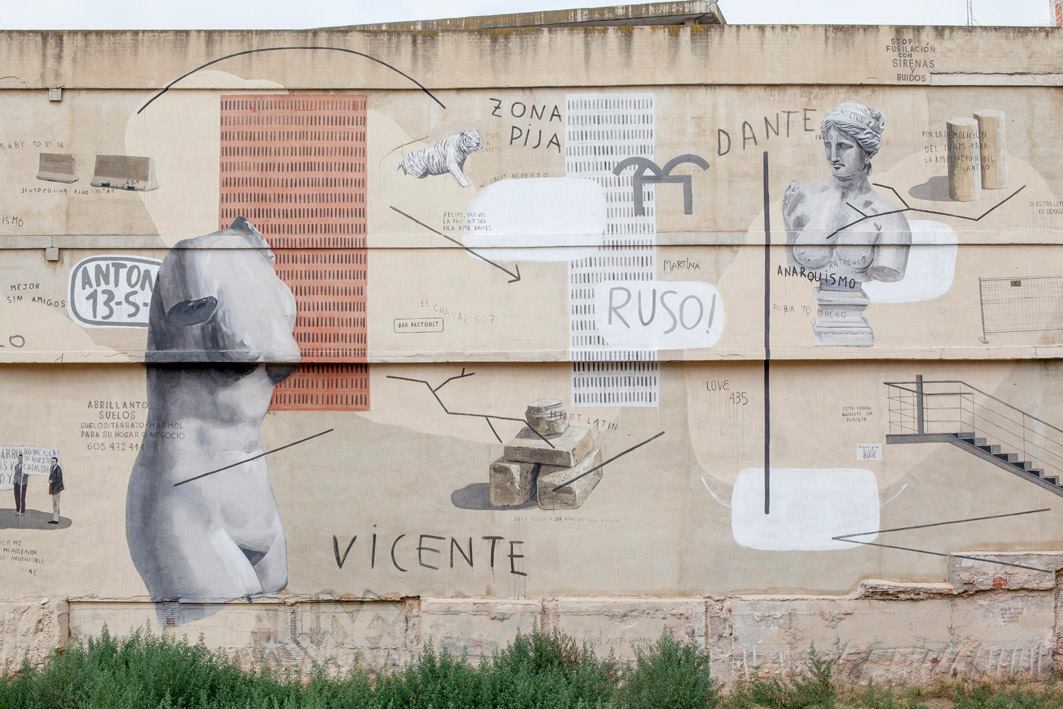 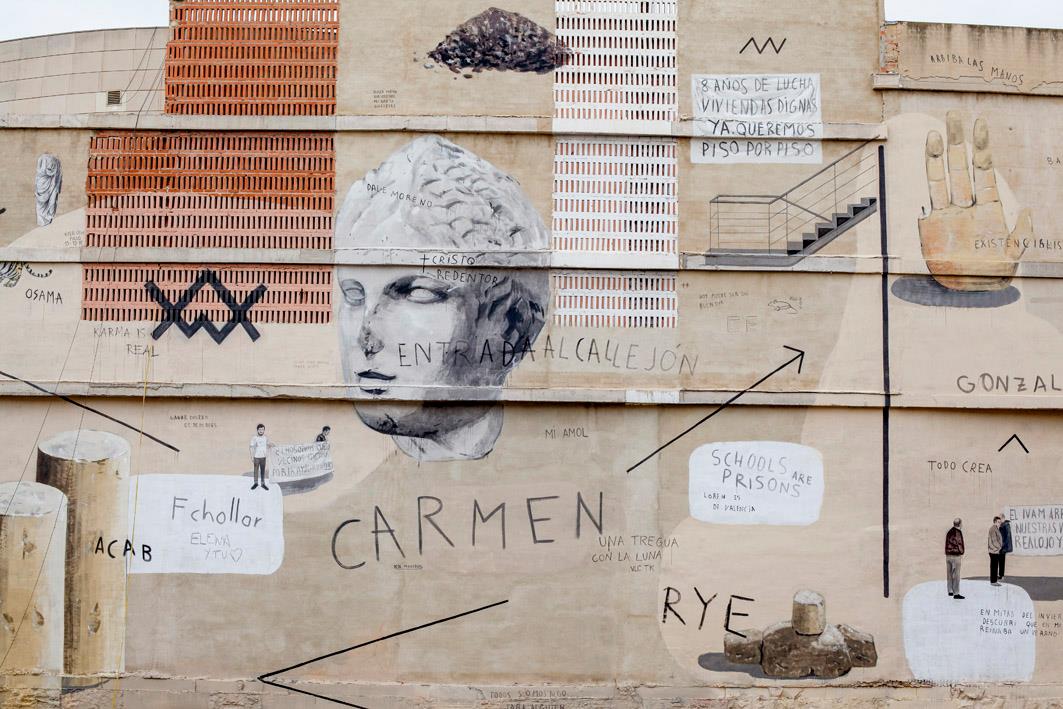 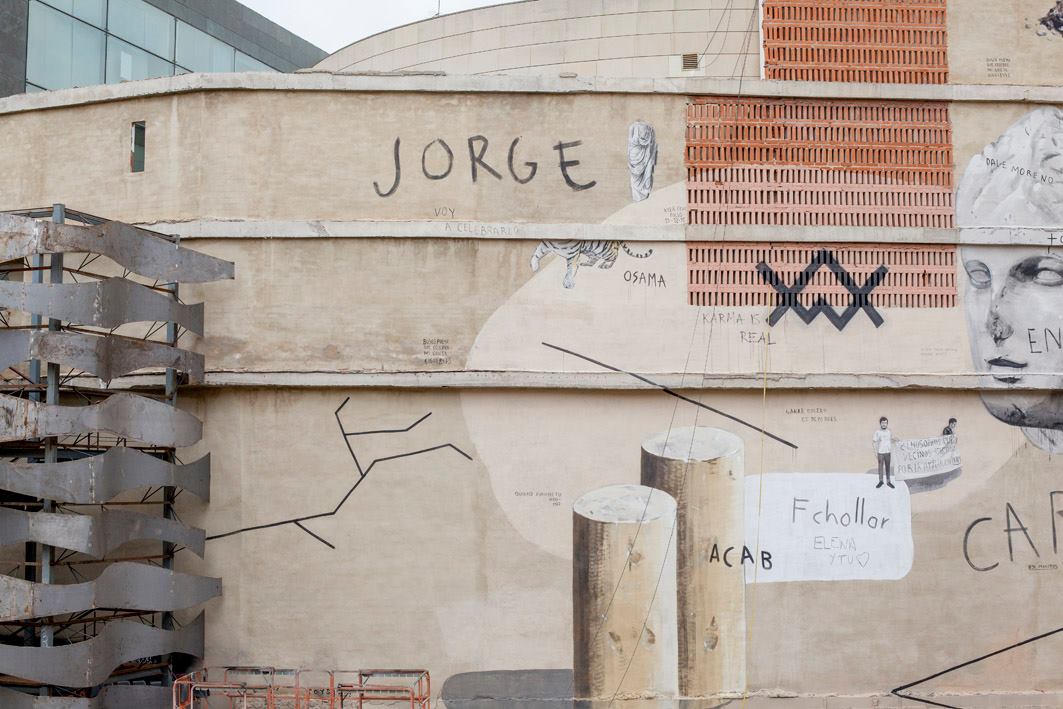 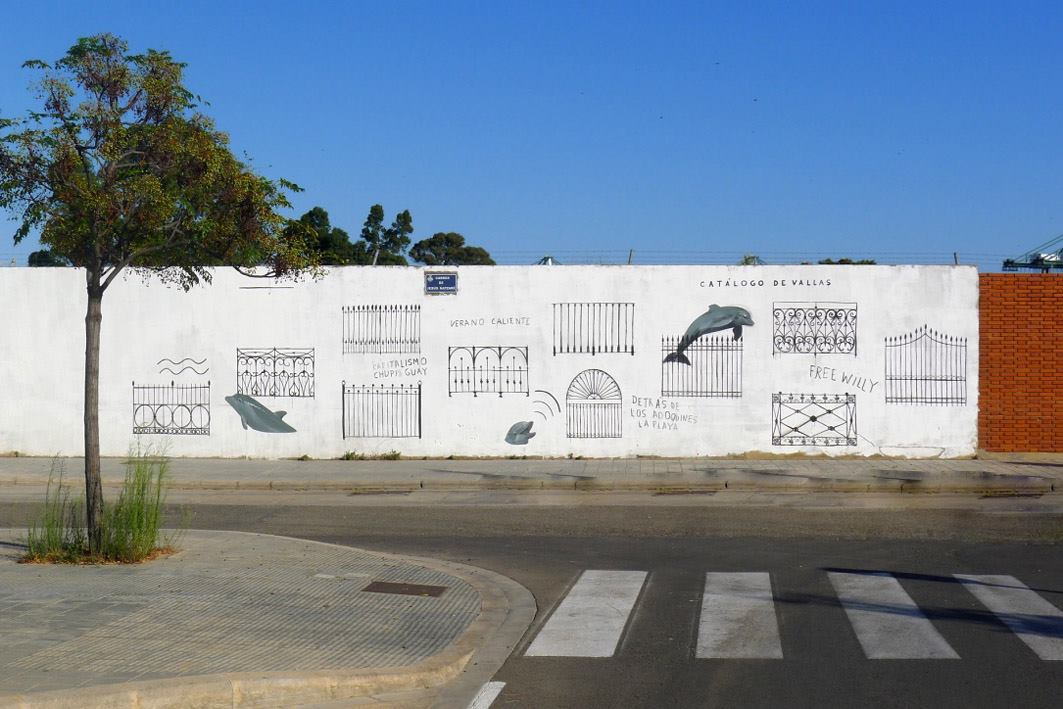 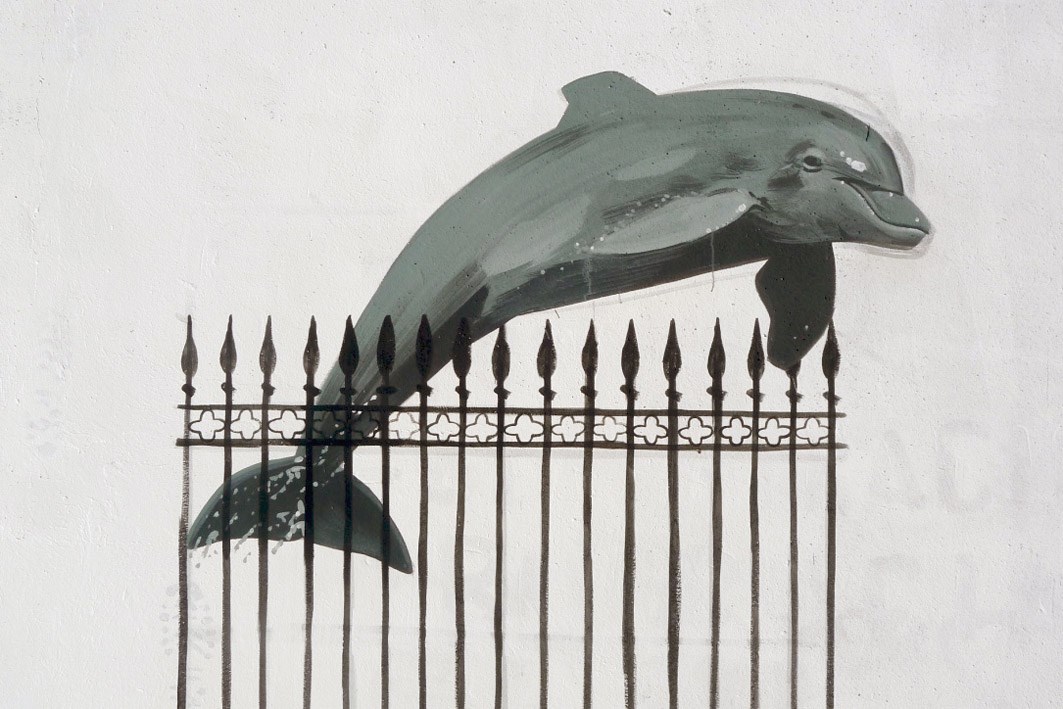 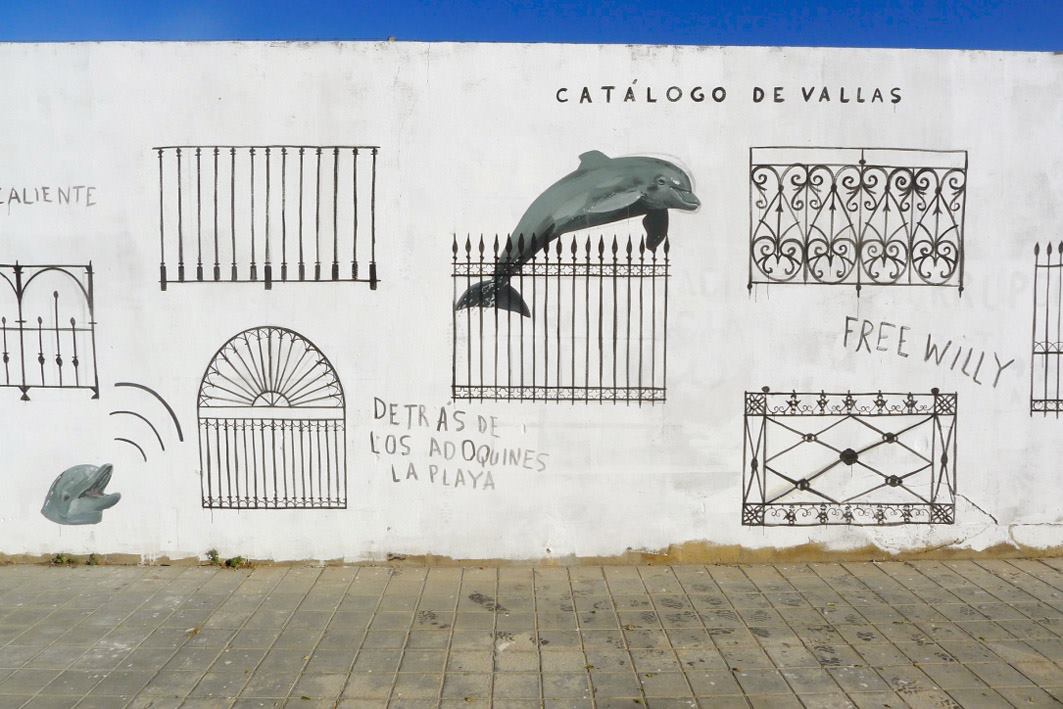 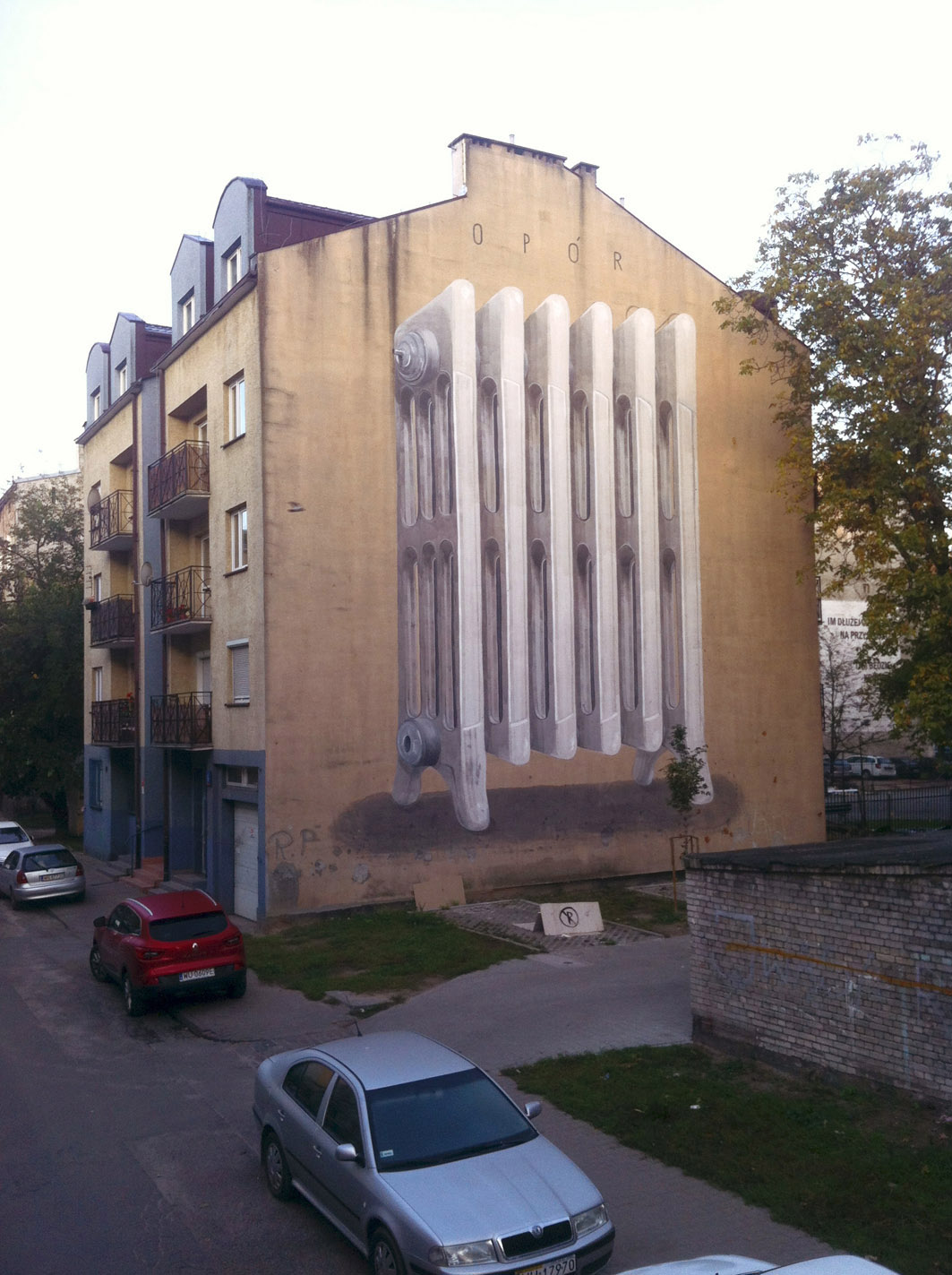