On January 19th, Eighteen Gallery in Copenhagen will be opening a solo entitled Interior from Todd James. The new body of work from the American artist, otherwise known to his fans as REAS from his history in the New York graffiti scene, will consist of nine large paintings on canvas and eight works on paper. As referenced by the title of the exhibition, the fresh pieces will focus on the NYC-based artist’s take on the rich tradition of interior paintings through his familiar cartoonish imagery that seems to be moving more and more towards abstraction. This particular show looks to have less obvious emphasis on the social and political commentary seen from James’ in the past, although the occasional recognizable nude can be seen populating his narrative. 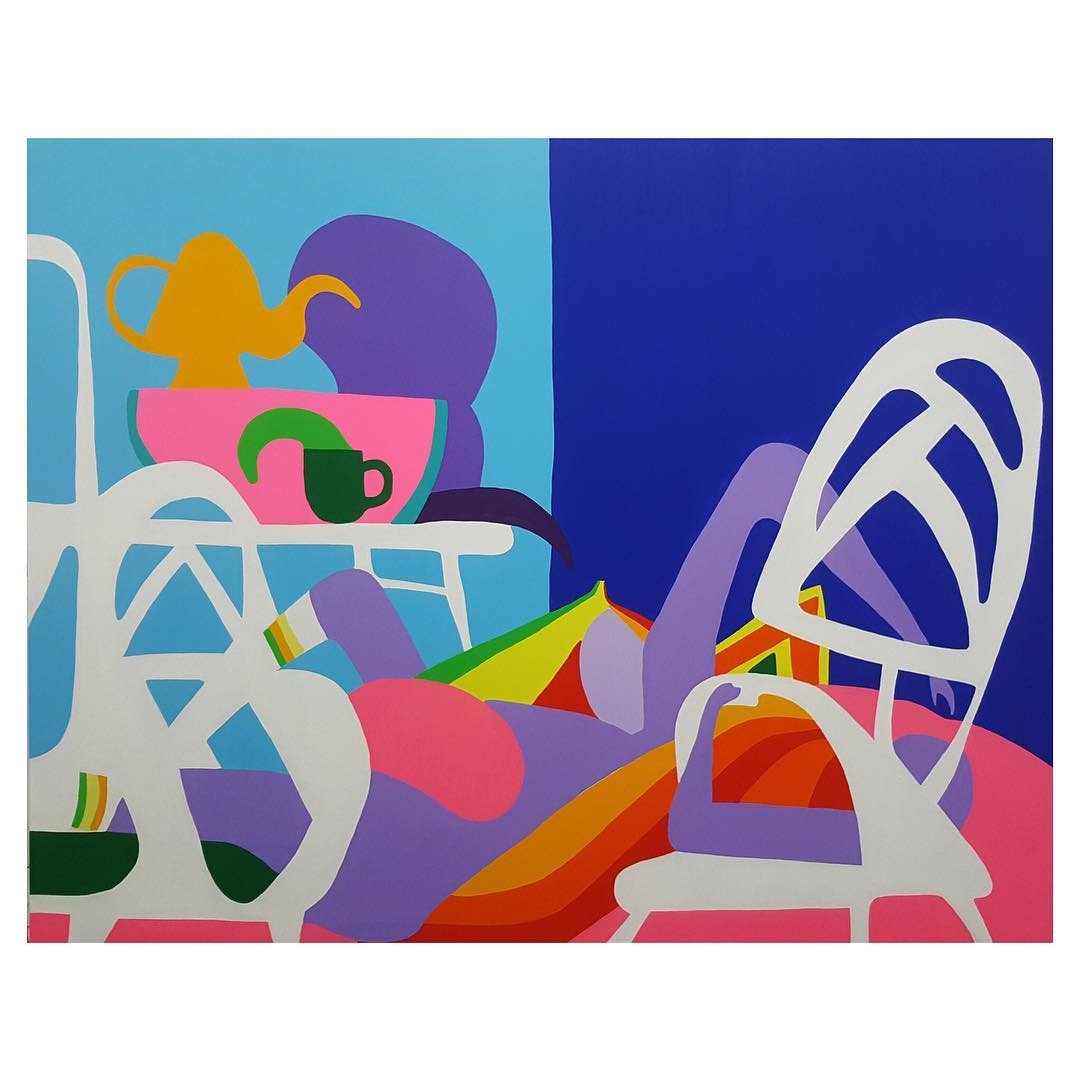 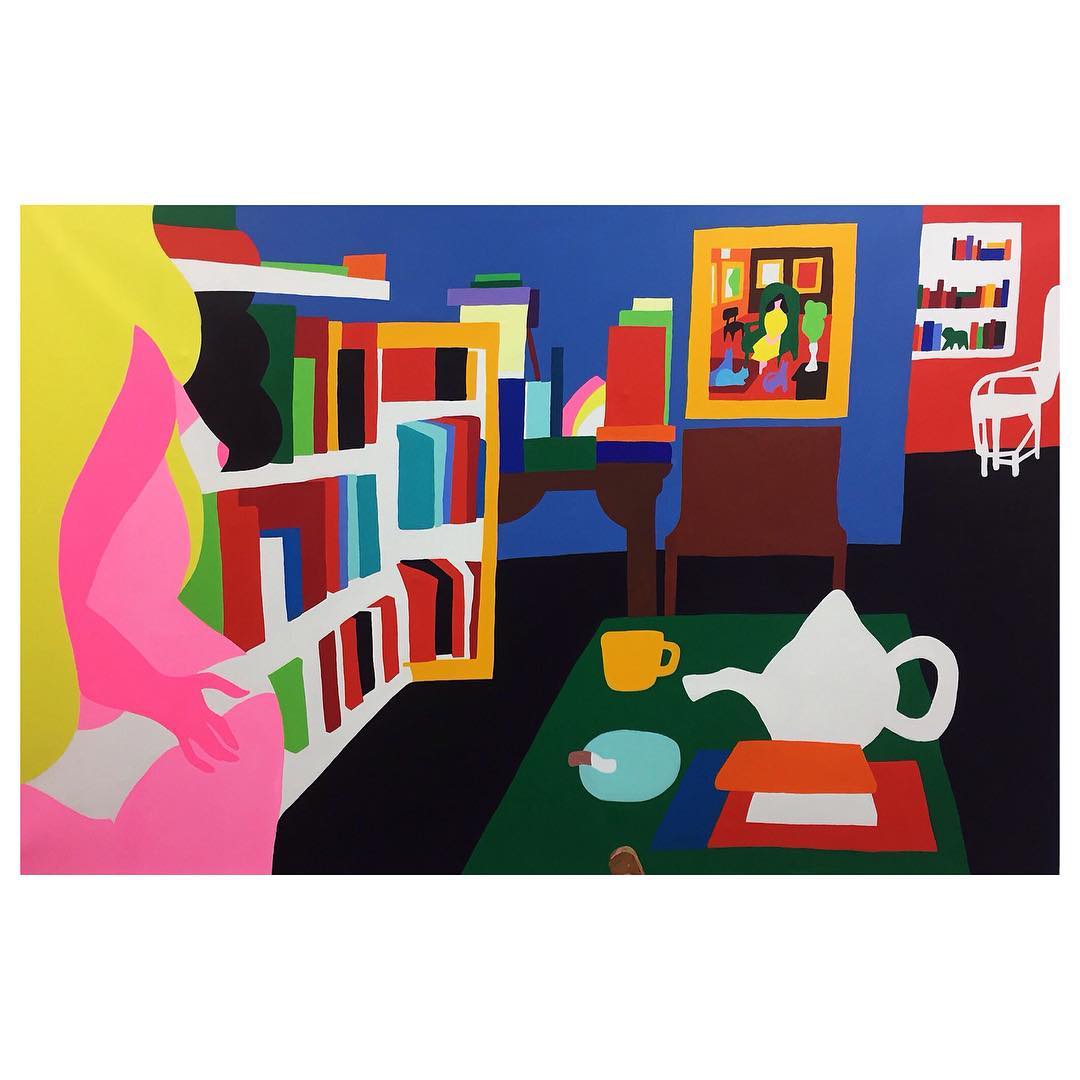