After successful inaugural event in 2017 (covered), Nuart Aberdeen just announced that their second edition that will run from April 12th to April 15th. Developed by the team behind the legendary Nuart Festival in Stavanger, Norway, in collaboration with Aberdeen Inspired and Aberdeen City Council, the idea of this project is to produce fresh public artworks by the most interesting and relevant creatives in the niche, but even more to “activate and inspire an emergent local scene whilst encouraging creative collaborations with twin city Stavanger.”

With their finger on the pulse of the dynamic international street art scene, the organizers once again put together a lineup that is bound to get the attention of both professionals working within the movement, as well as people unfamiliar with the scene. Bringing together well established names, artists with countless projects worldwide, gallery shows, and publications published, to work along with colleagues outside of the spotlight, is somewhat of a trademark of the Nuart team. Giving everyone an equal chance to use the public space for creative expression and as a communication channel, the organizers made sure a good variety of styles, techniques and scales are presented. Always appreciating and nurturing originality, as well as work that carries a valuable message, the festival provides a platform for the names that perhaps have been under the radar of the mainstream art audience.
Thanks to this project, the Aberdonians are getting the chance to watch the likes of Bordalo II (PT) (header image), Bortusk Leer (UK), Carrie Reichardt (UK), Dr. D (UK), Elki (UK), Ernest Zacharevic (LT), Glöbel Bros. (UK), Hyuro (AR), Milu Correch (AR), Nimi & RH74 (NO), Phlegm (UK) and Snik (UK), create exciting new works on the streets of their hometown. From trash assemblages, to large scale paintings, illustrations, ceramic tiles and stencils, to sign painting based murals or child-like doodle pasteups, this lineup will surely add an outstanding collection of public artworks to the Grey City. 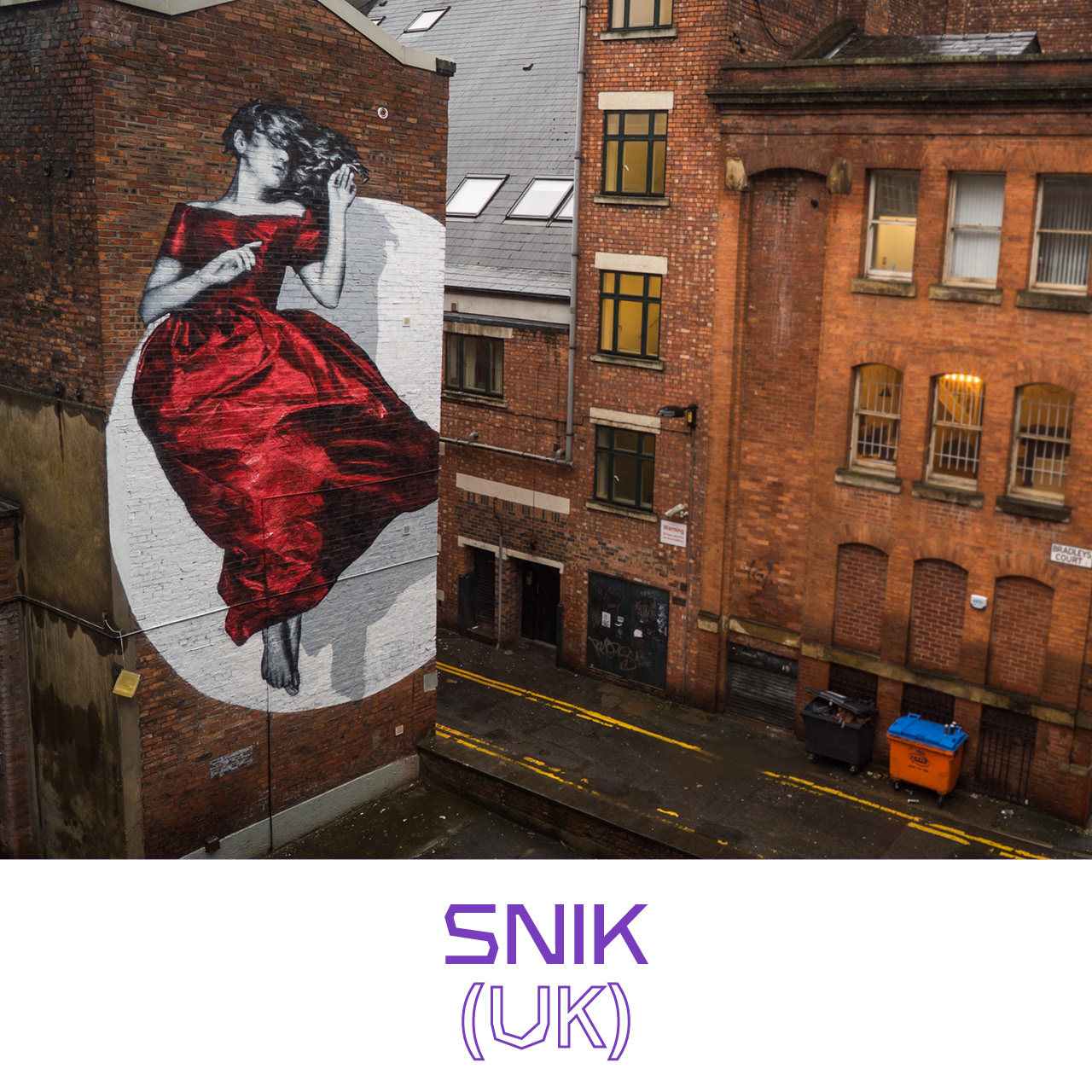 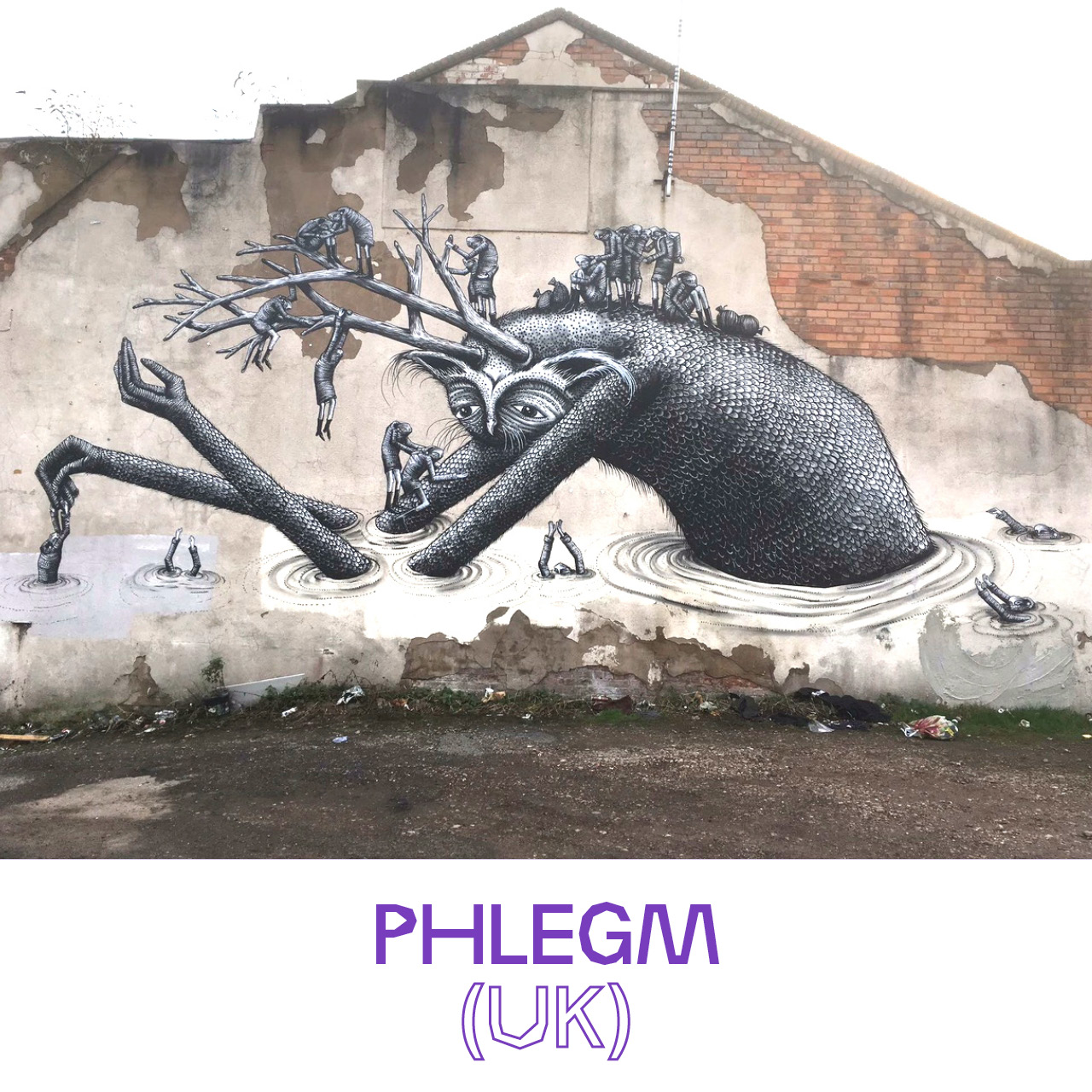 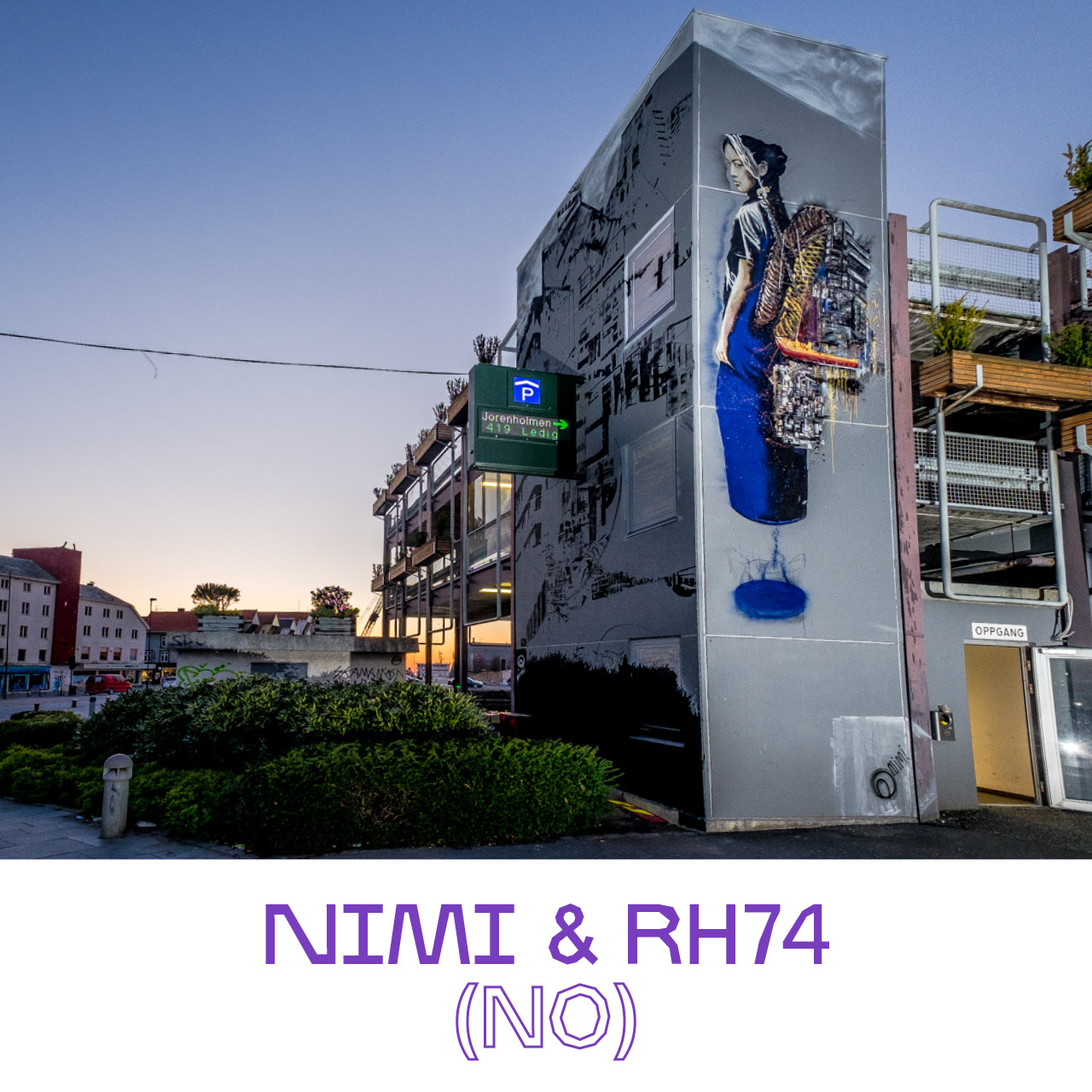 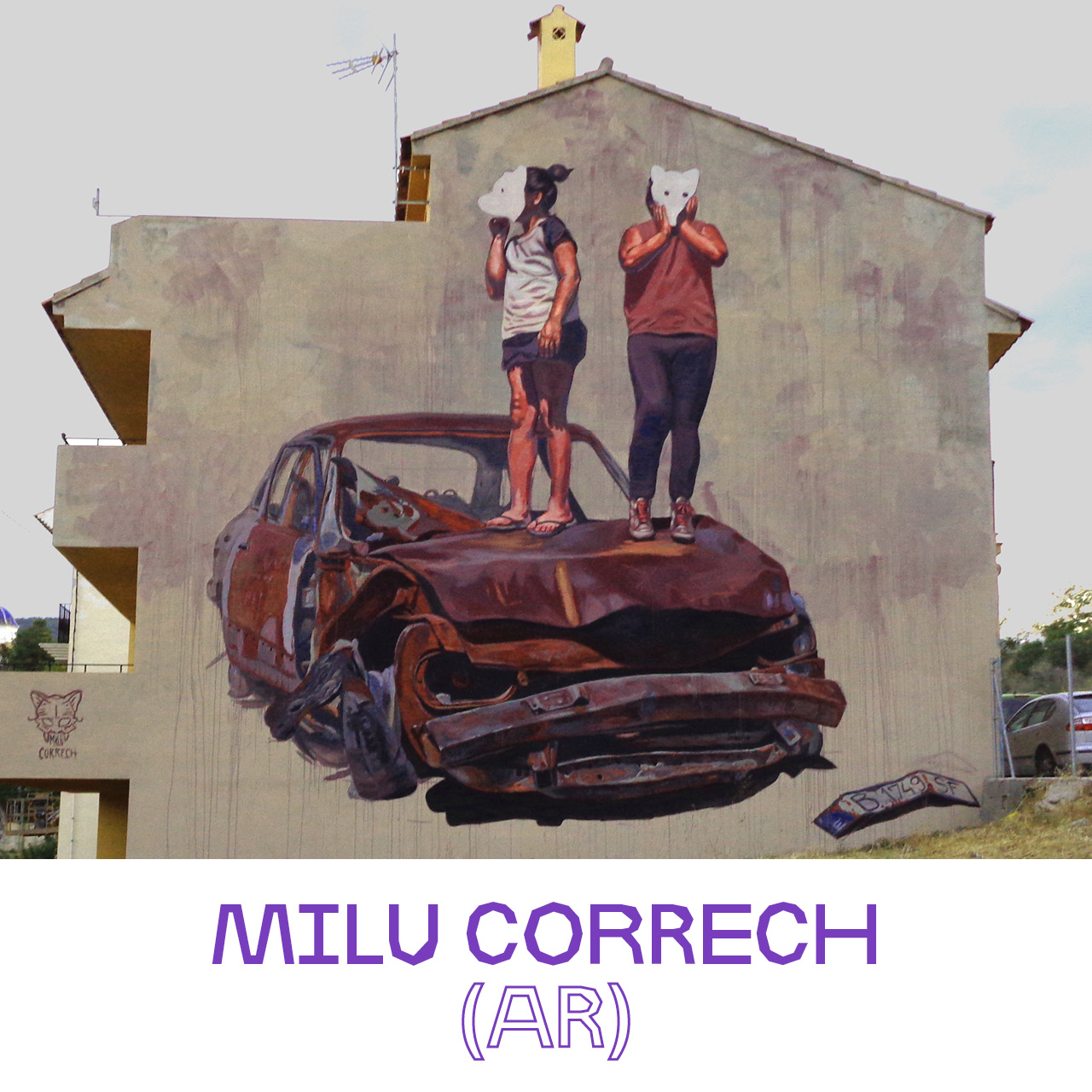 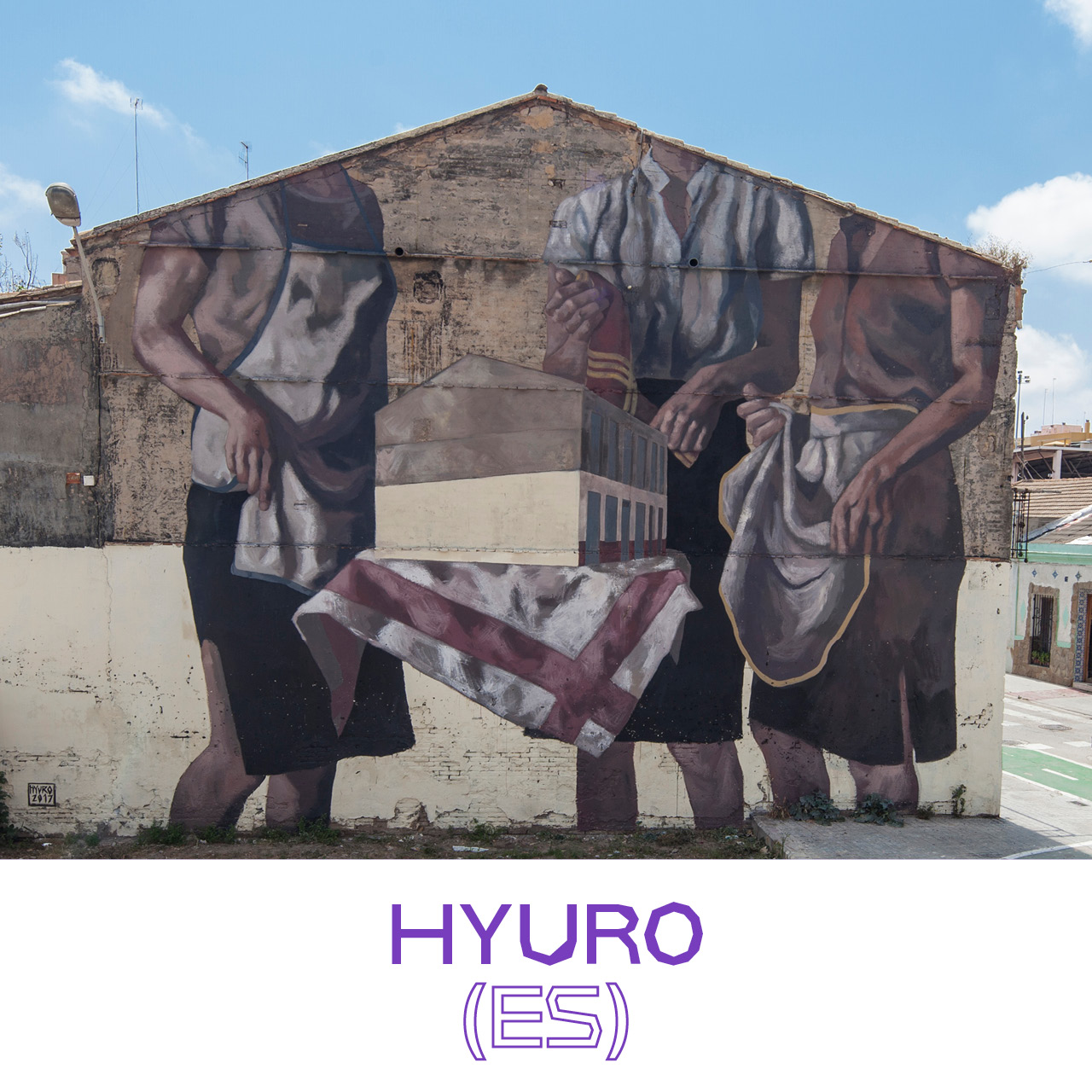 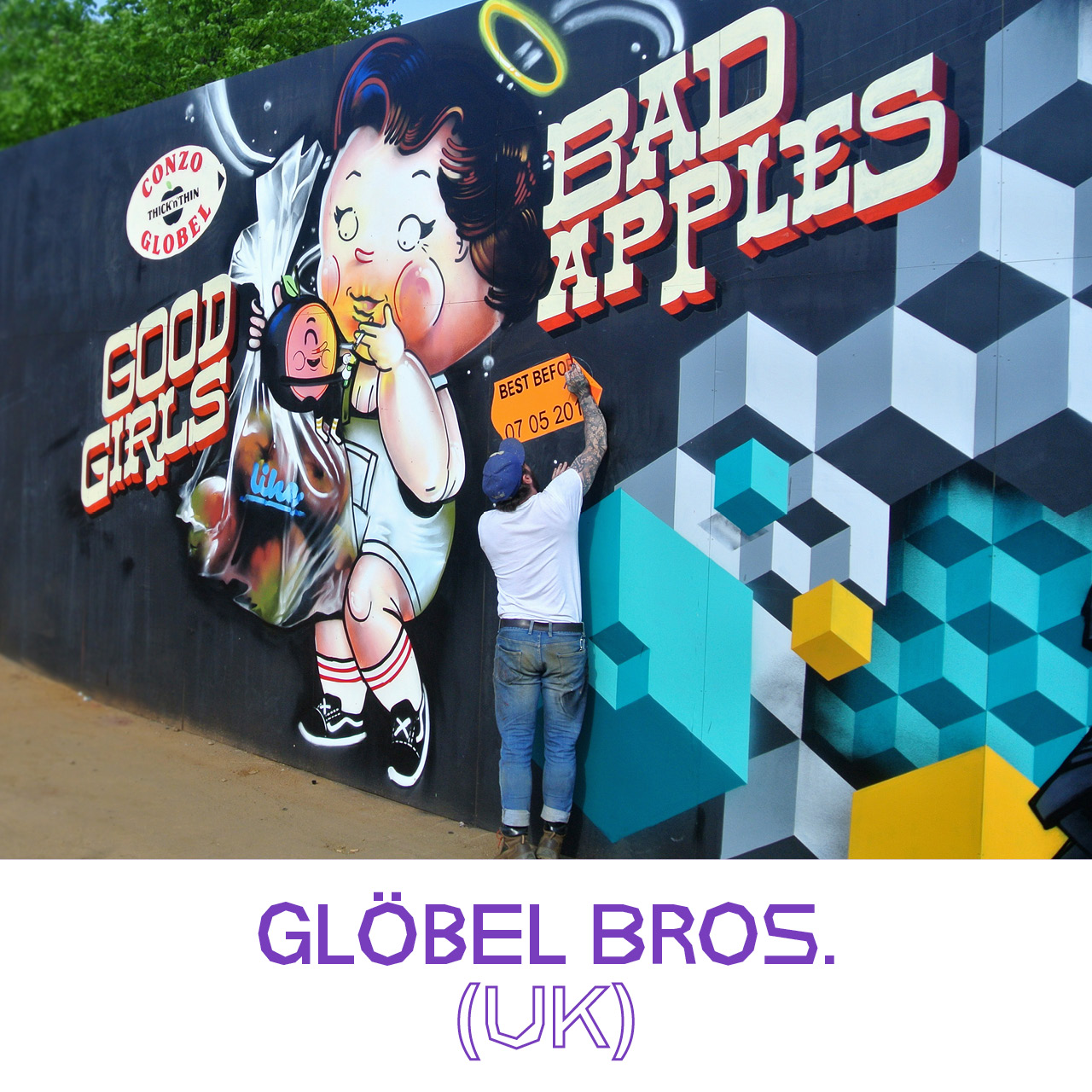 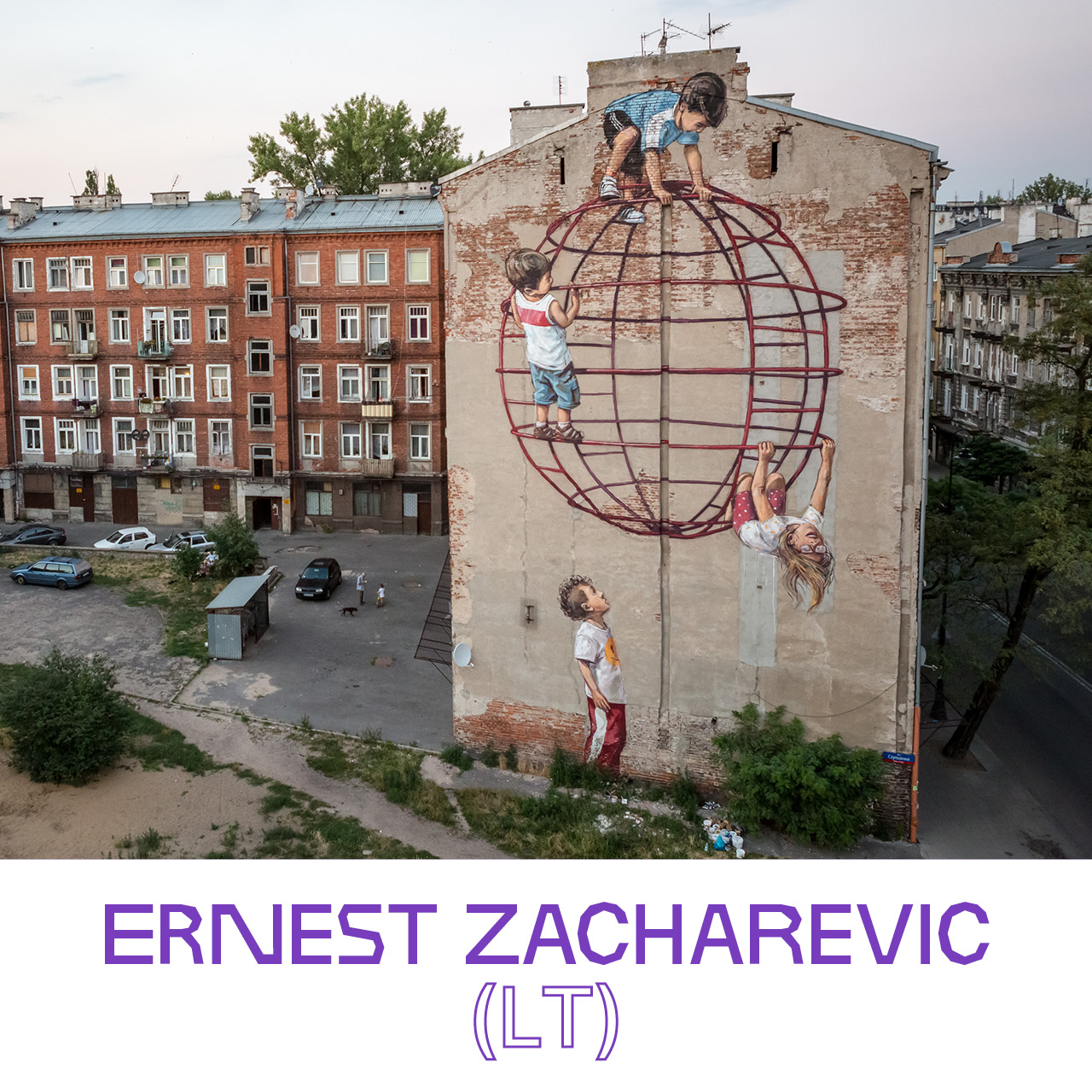 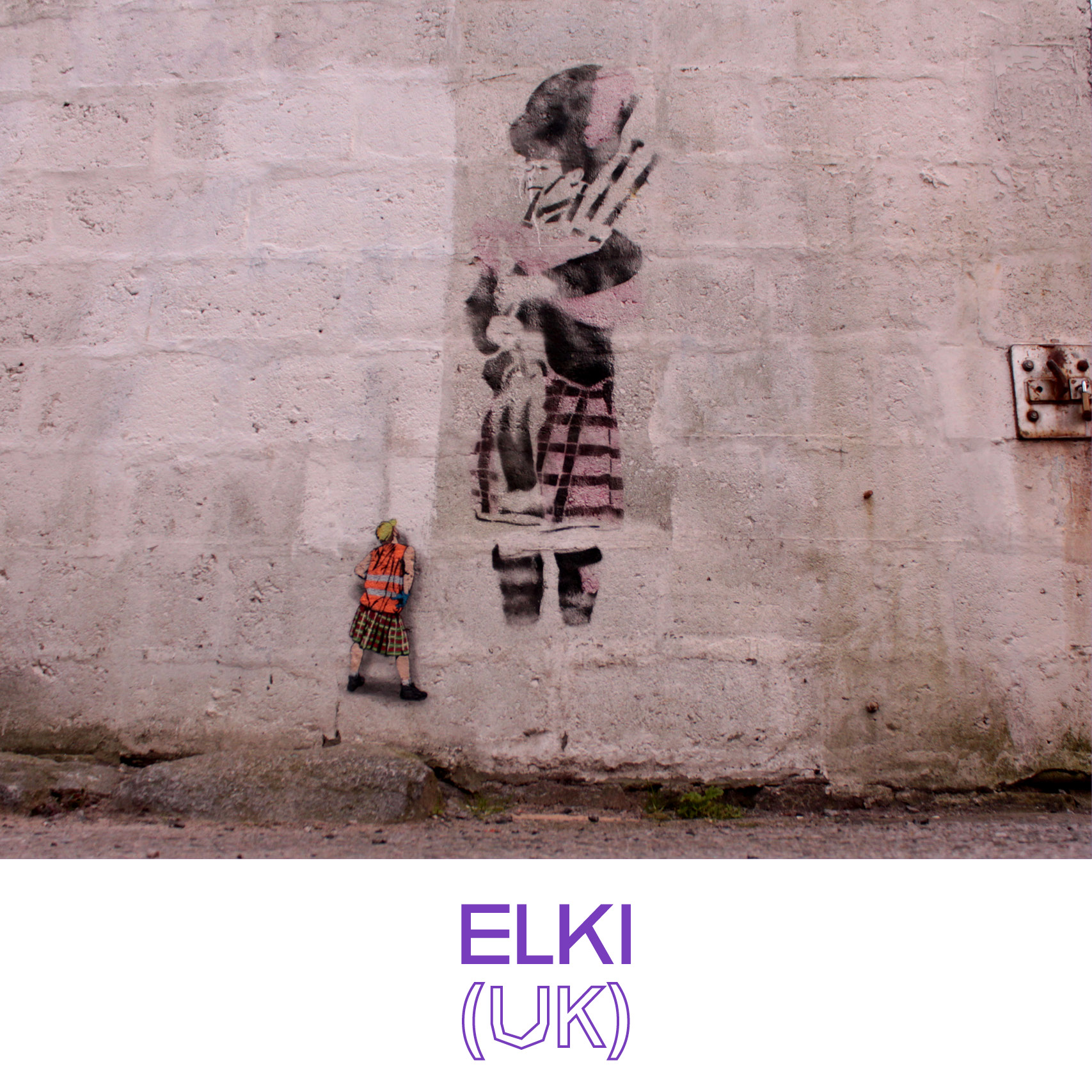