The other day we did a quick report about some of the new art that was popping on the streets of Aberdeen this past week, so today we’d like to bring you final look at Nuart Aberdeen. From dark alleys, grimy backstreets, to some of the most prominent hotspots of the city, this event produced a series of fresh murals, interventions and public artworks, changing the image of the Grey City.

One of the instant local favorites was the brand new piece (seen above) by Add Fuel, a visual artist and illustrator known for reinventing traditional tile designs, in particular the Portuguese ceramic Azulejo. Adjusting his concept and visual language to a new environment, the Portuguese artist created a graphic composition using local tile designs and patterns. Matching his creation to a local palette, he painted a piece that represents the rich cultural heritage of the city.

Probably the largest piece painted for the festival was by Fintan Magee, who spent long days working on a symbolic diptych. Depicting human feet standing on the rubble of a brick wall, the piece is a sharp commentary about wall propaganda around the world. Nearby, Robert Montgomery created a large version of his public interventions that bring his poetic voice into text-based art. As a followup to his recently commissioned installation at Hammersmith Town Hall, the Scotland-born artist, poet, and agitator painted another piece based on the modernist movement.

Working in smaller scale, Nipper installed a series of his Mission Directives works, public installations that promote the sharing economy, creativity and citizen-led communication in the public space. Along with those, he placed couple of hand painted pasteups at various location through city center. Finally, Isaac Cordal mounted over 20 individual figures on facades through the city, but also, created a large wall installation. Known for his dispirited little sculptures that he places in public space, this rare large installation by the Spanish artist perfectly fits with the architecture and climate of Scotland’s oil capital. 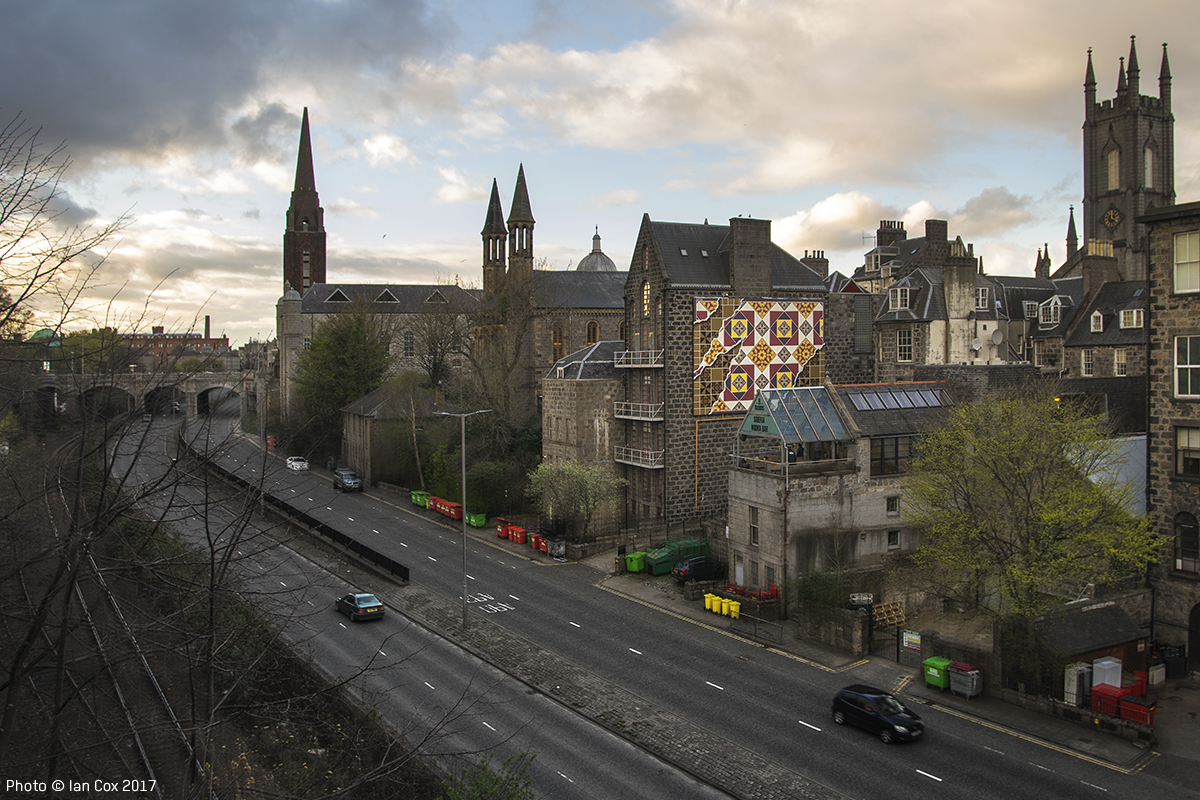 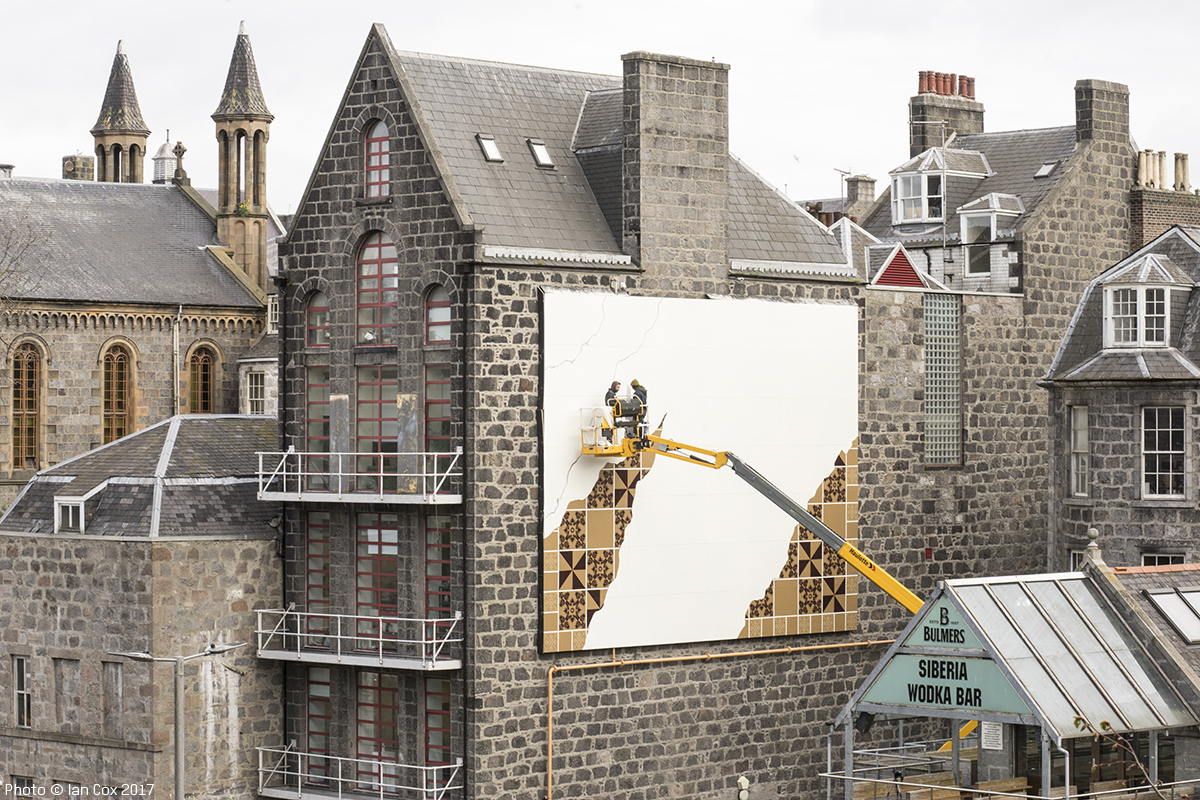 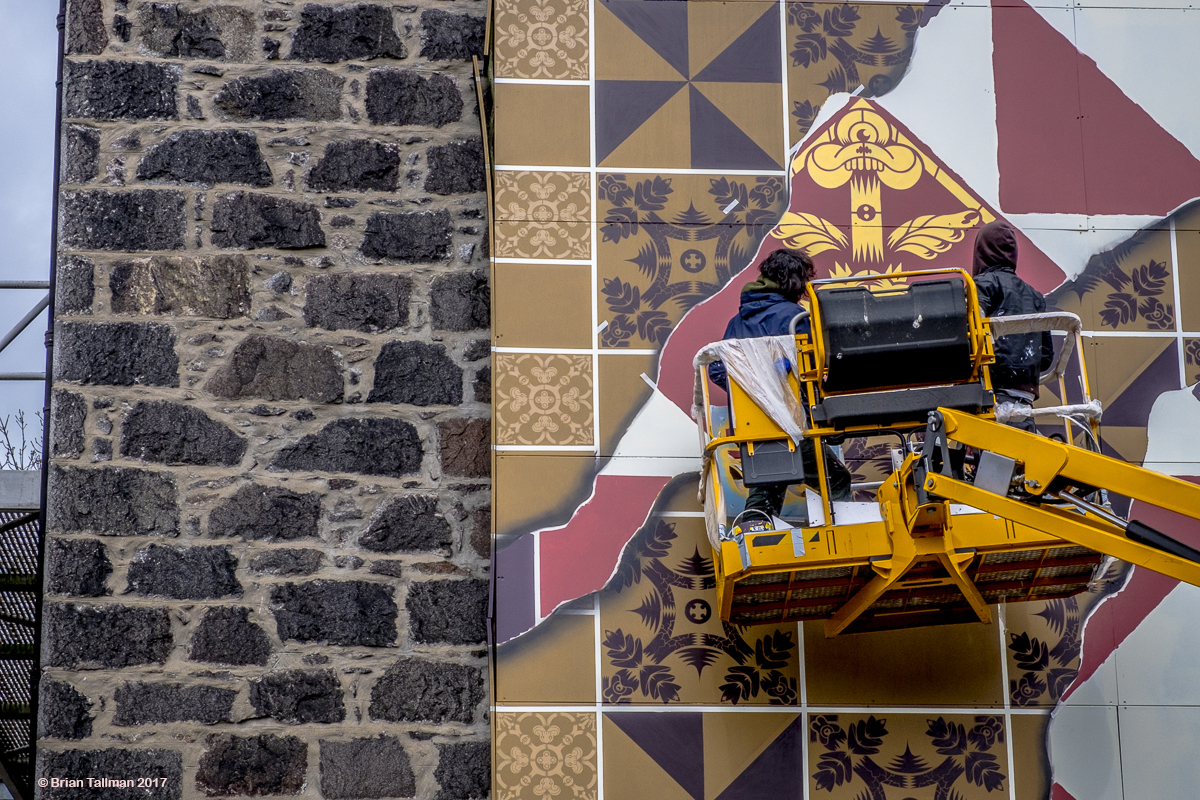 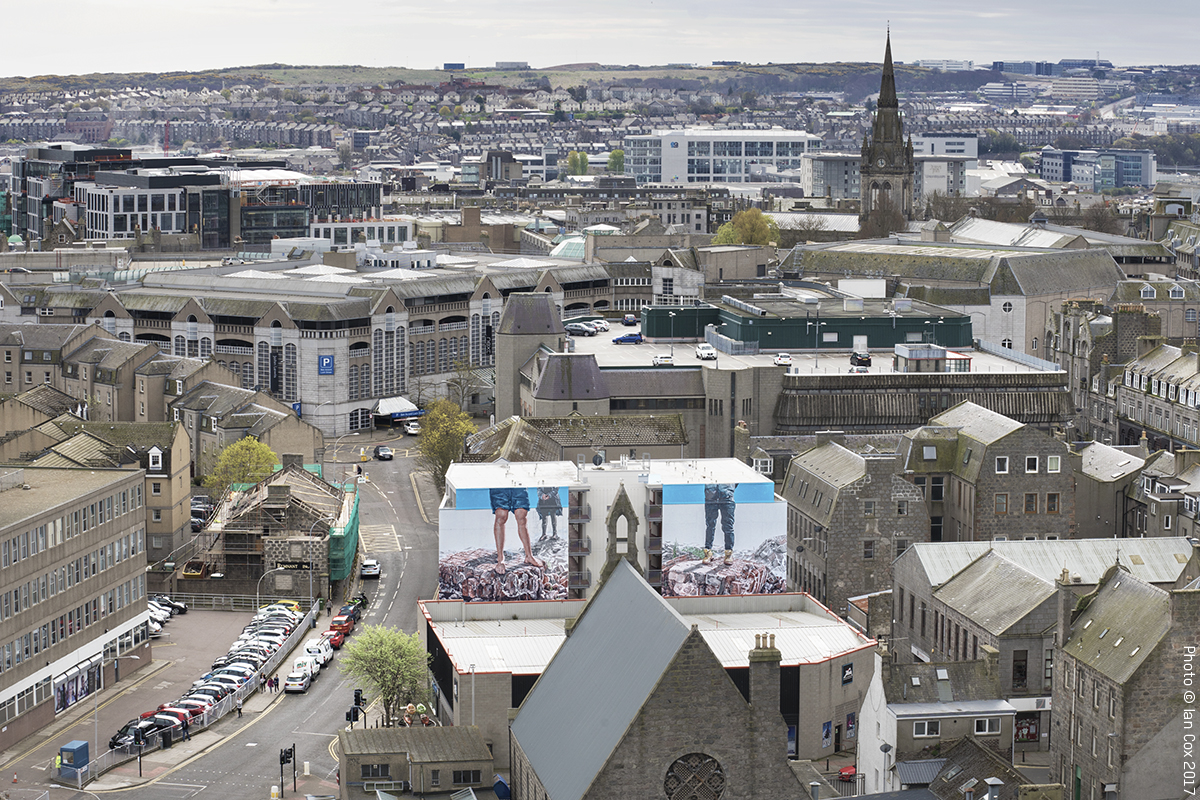 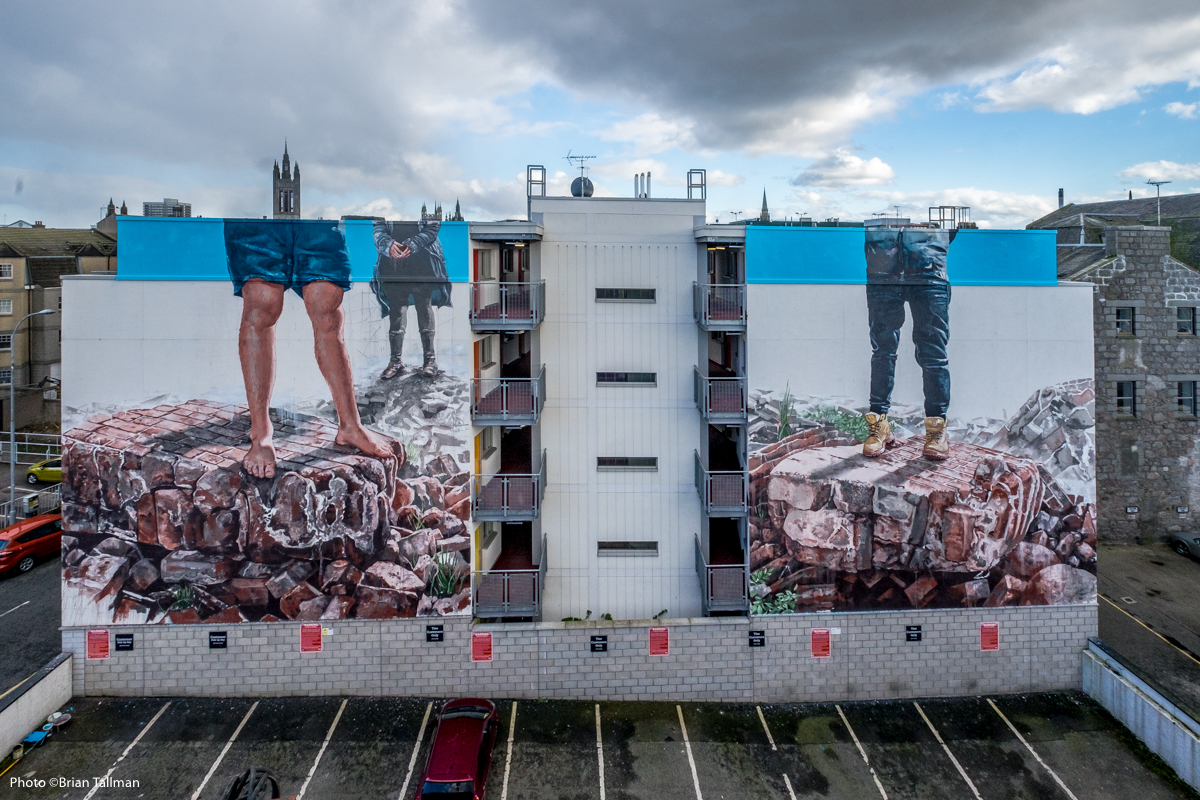 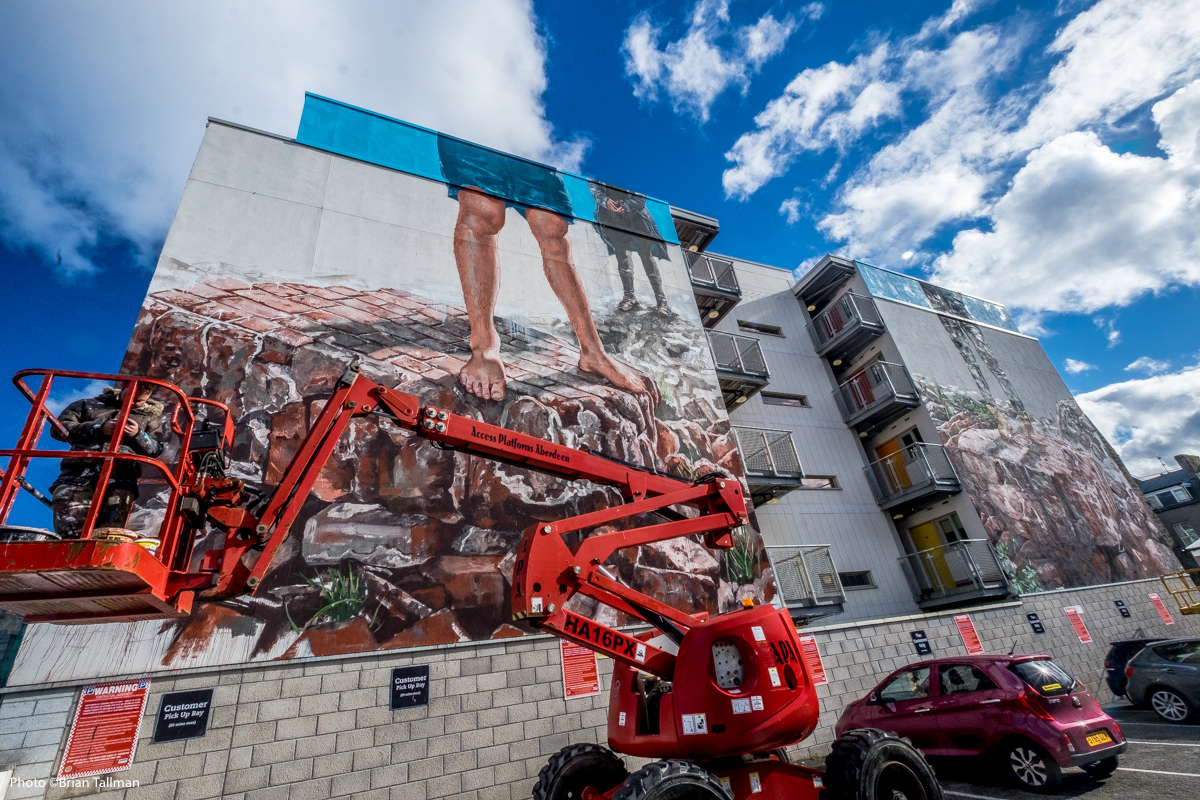 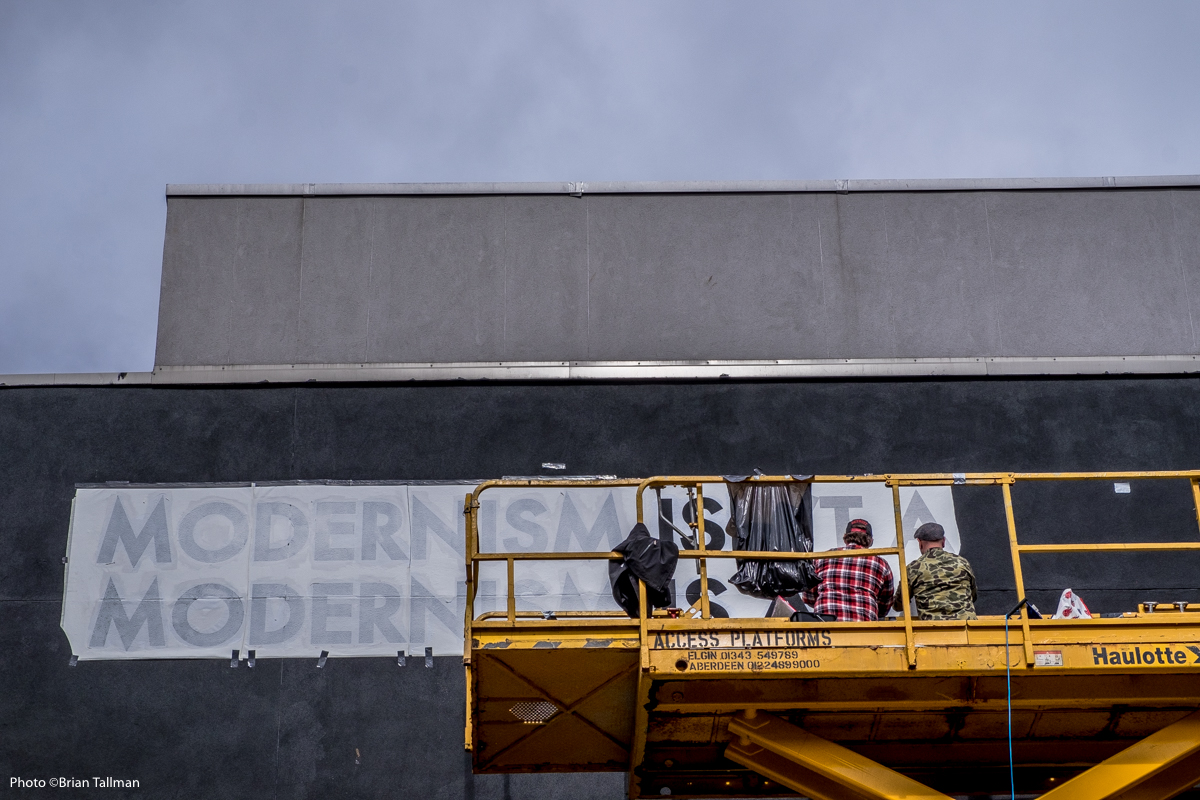