After a couple of busy days on the streets around town, Nuart Aberdeen officially opened on the 15th of April in the Merchant Quarter with a first guided tour for the public. We’re now bringing you the first overview of freshly painted murals and interventions by international artist invited for this event.

Organized with an idea to inspire the local community to rethink their interaction with the city, the event is the first project of such scale to be organized in the region. The 11 artists that were invited to Granite City were selected because of their diverse approach to creating work in public space, giving locals a good insight into the breadth and depth of this global phenomenon. Probably most the prominent piece was the one on Aberdeen Market by Herakut. Painting on one of the town’s “ugliest buildings” (according to some locals), the German art duo created a large image that mixes Akut’s urban calligraphy and Hera’s signature characters. Depicting a girl that holds a lighthouse in her hand, the inspiring mural states “Don’t hide.. because you’re that light.” Right around the corner from her large mural, Hera painted several of smaller pieces as a nod to the local Painted Doors Project. French visual artist, filmmaker and founder of the Outings Project, Julien de Casabianca, pasted two large pieces in an alley right next to the same building. Fitting perfectly with his concept of merging the perceptions of canonical and street art, the two child characters taken from classic paintings are now looking over passersby.

Scattered around town, Belgian stencil artist Jaune painted a little army of his signature waste collectors. Adjusting to their new home, some of the new characters are wearing traditional kilts while interacting with the urban elements. Larger in scale, but also scattered around are the stencil and freehand pieces by the Italian artist Alice Pasquini who explores the brighter side of human relationships with her dreamy work. Also working in stencil and freehand is the Norwegian Martin Whatson, who earlier this week finished a large piece that mixes the two techniques, giving a big nod to the graffiti culture. Finally, a long time friend of the Nuart family, the Polish M-City, also painted a large stencil work nearby Robert Gordon’s College, marking the connection between his hometown of Gdansk and Aberdeen. Referencing the town’s dependence on the oil industry, the momentous piece shows two large ships with barrels levitating around them, commenting on the fragility of working with nonrenewable natural resources. 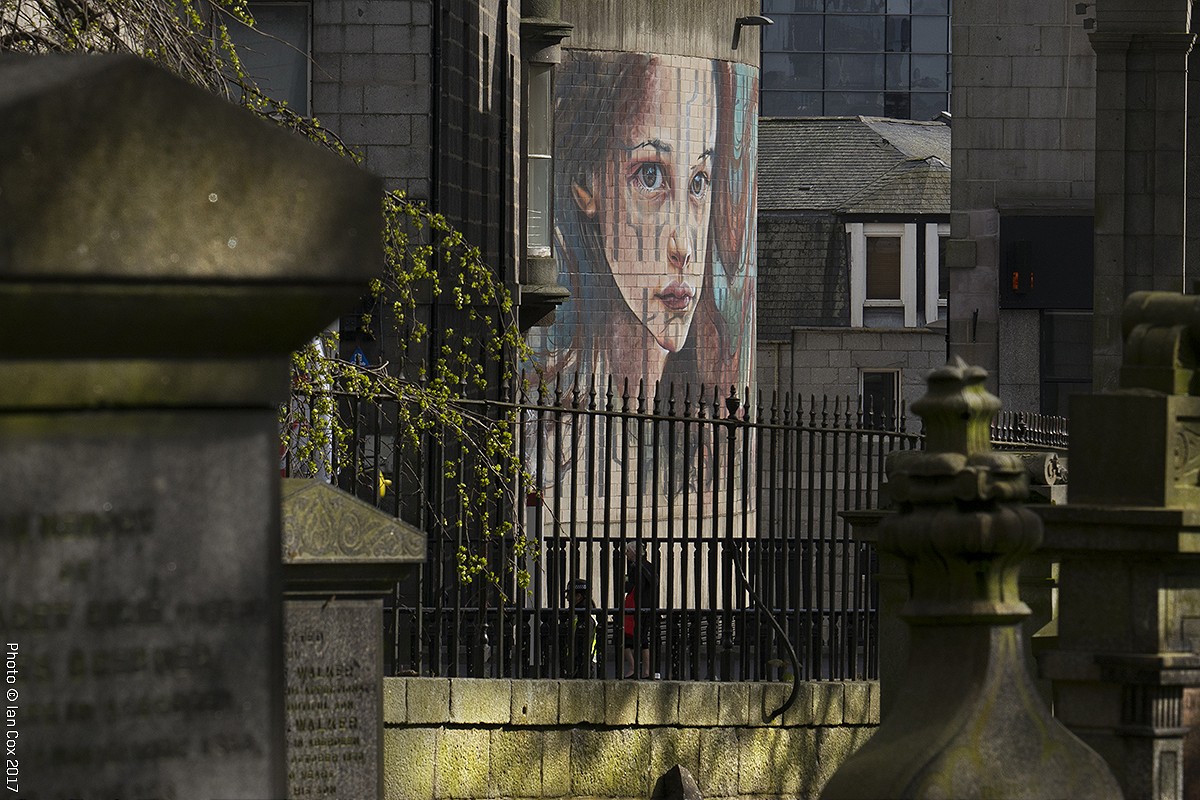 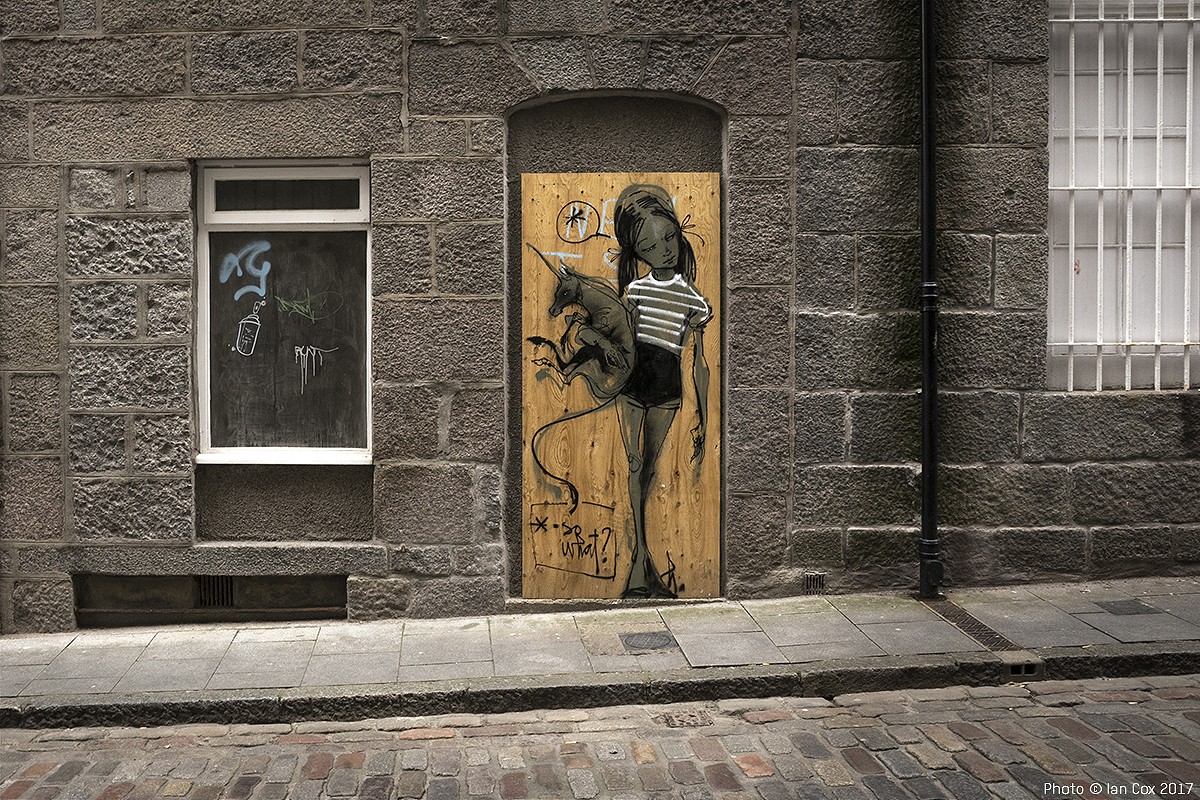 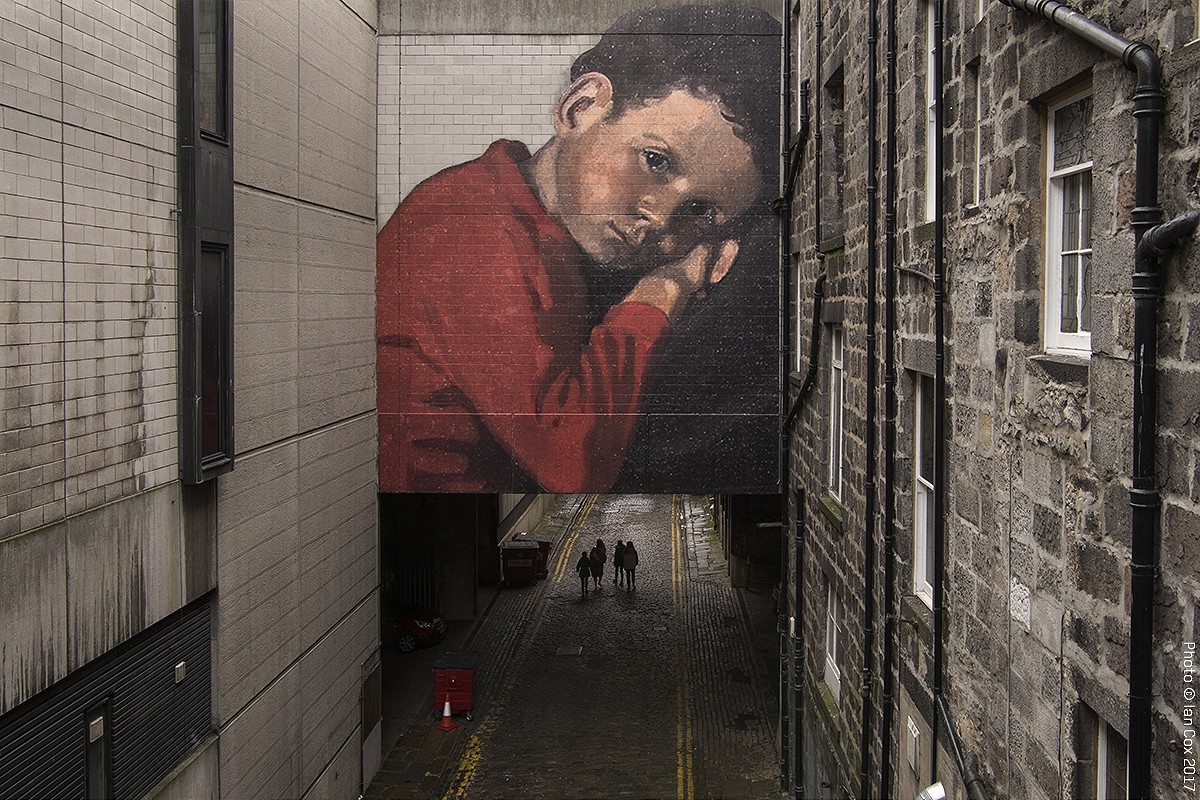 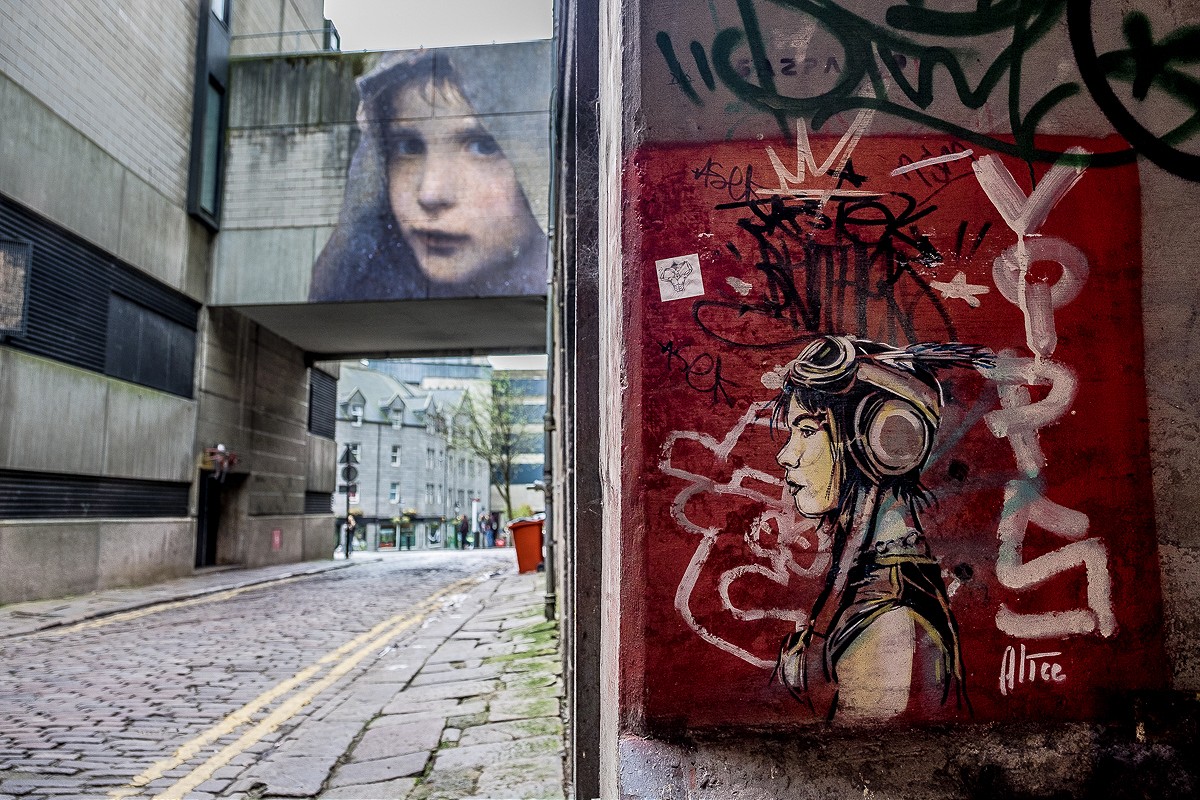 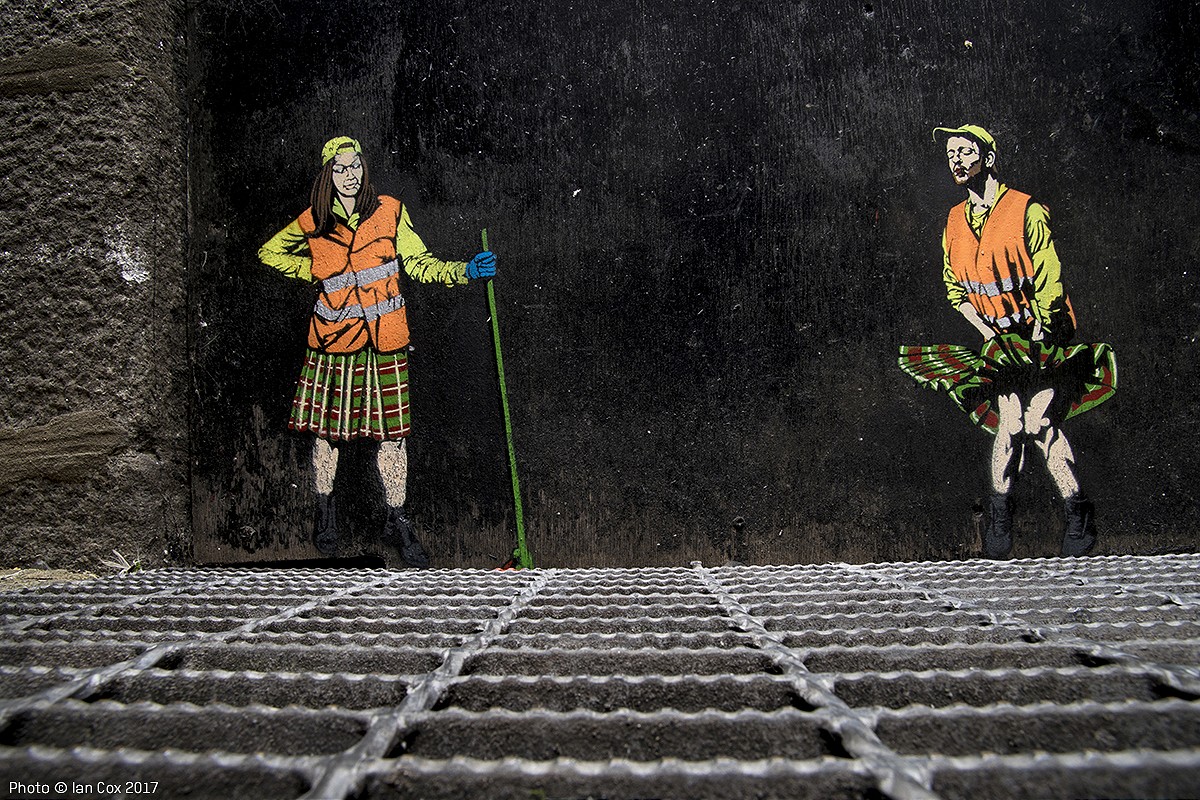 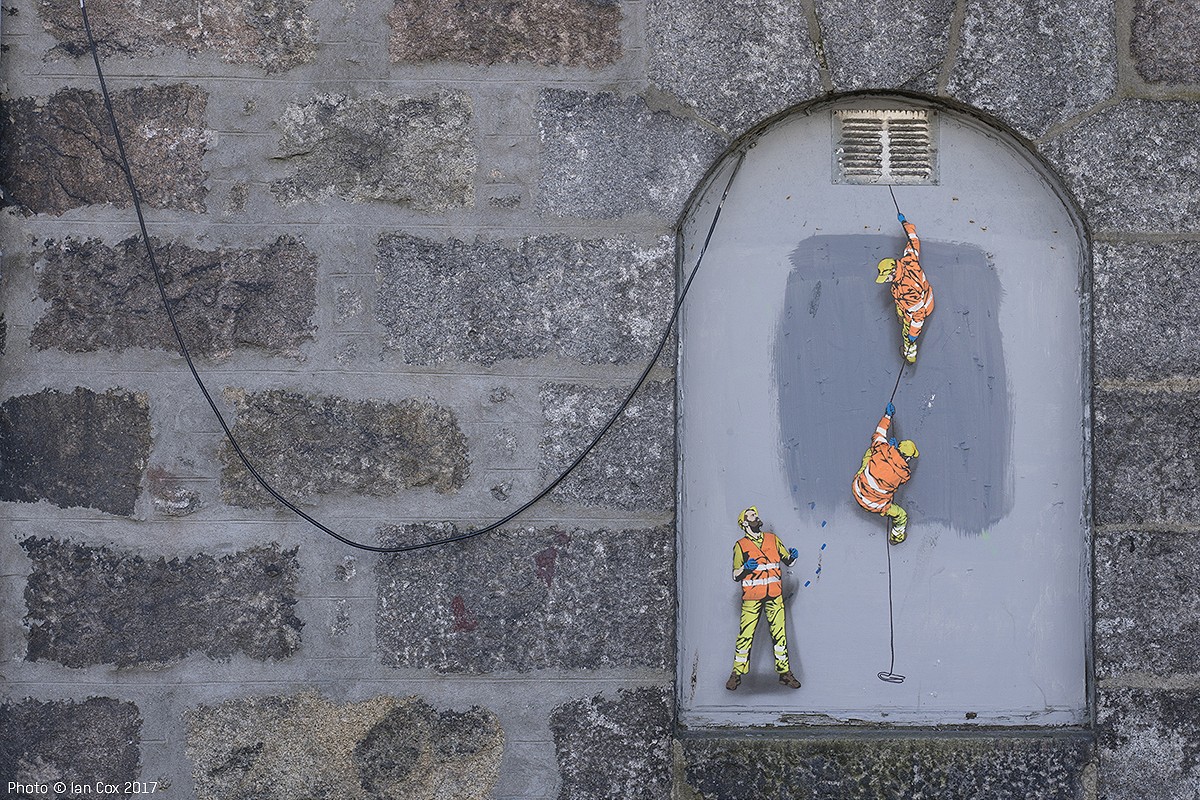 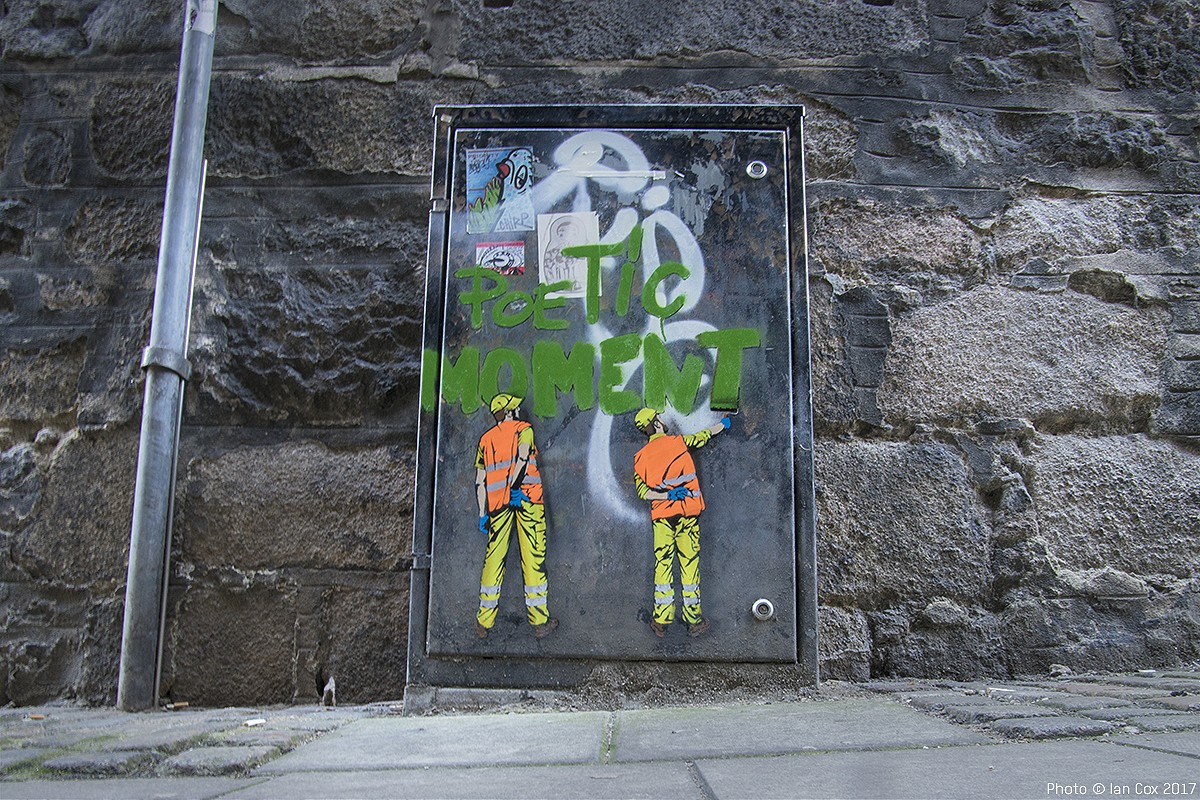 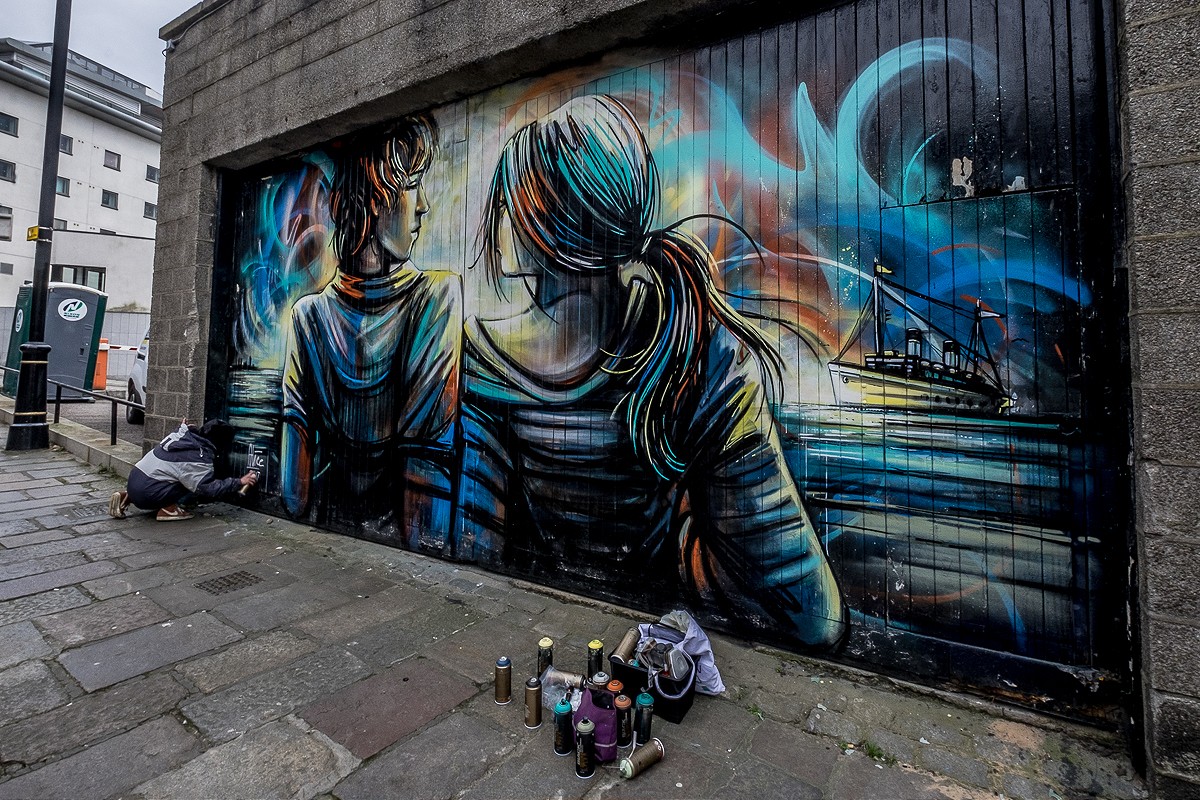