We’ve already reported on some of the murals created on the streets of Ostend in Belgium as a part of the second edition of The Crystal Ship festival that took place last week. With all the pieces being officially finished and signed by the artists, we’re bringing one final look at this year’s works.

Stepping aside from the city center, Axel Void painted a large mural on the social housing building on the outskirts of Oostende. After spending a couple of days meeting the people living in the neighborhood, he took one of the resident’s personal photograph as a reference for his piece. The blurry image shows two women hugging and is created as a monument of life in its most mundane, everyday form. Ricky Lee Gordon is another artist that tackled the large facade of a residential building with an impressive monochromatic piece that speaks about life. Finishing it only a few hours before catching a flight back home, the mural is an poetic tribute to preserving memories of the known and unknown people we meet. Henrik Uldalen continued his series of outdoor pieces with an expressive piece showing one of his signature ghostly female characters disappearing into the white void. Using same aesthetic and visual language he developed through his studio practice, the Norwegian artist basically created a blown up version of his emotive oils. Spanish interventionist Spy painted a large text based piece that is somewhat of a parody on past text based works. Without any meaning or concept, the artististic duo painted clean text on a brick wall building, raising a lot of questions among the locals and visitors. Alexis Diaz spent long hours on a bustling shopping area in the city center creating one of his most elaborate public works. Combining elements from local culture and tradition, he rendered a compact image that forms an anchor composed from different imagery such as whales and a mermaid. Along with these major pieces, The event also produced a series of new interventions by C215, Levalet, Outings Project, Bue the Warrior or Jaune, as well as new murals by Pastel, Buck, Hell’o Collective, Nelio, Johannes Mundinger, Wouter Persyn, and more. 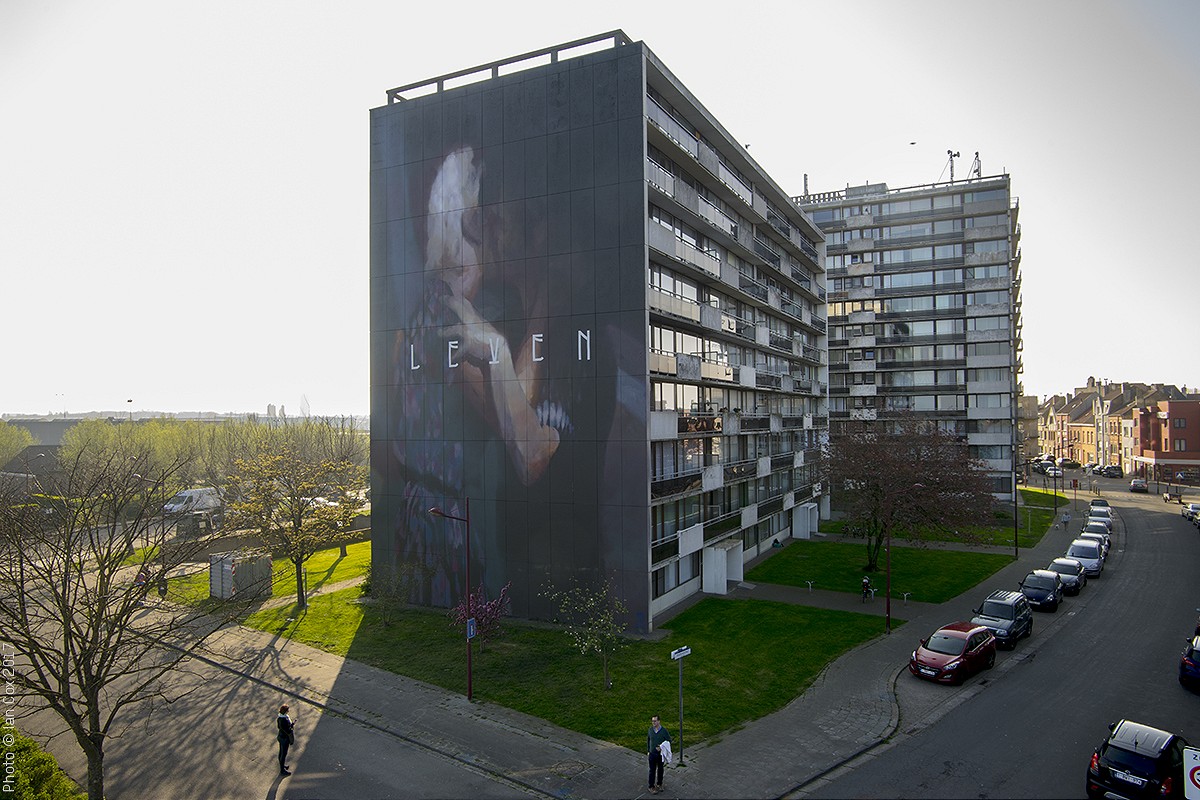 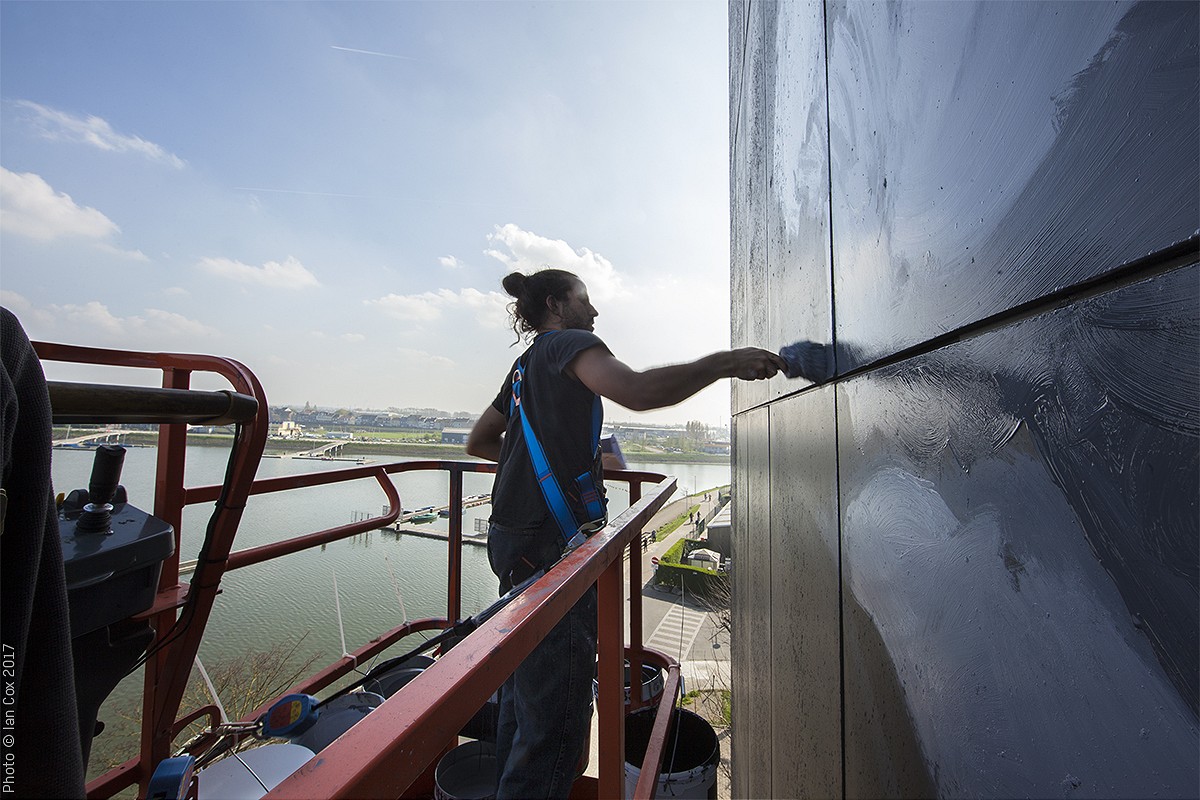 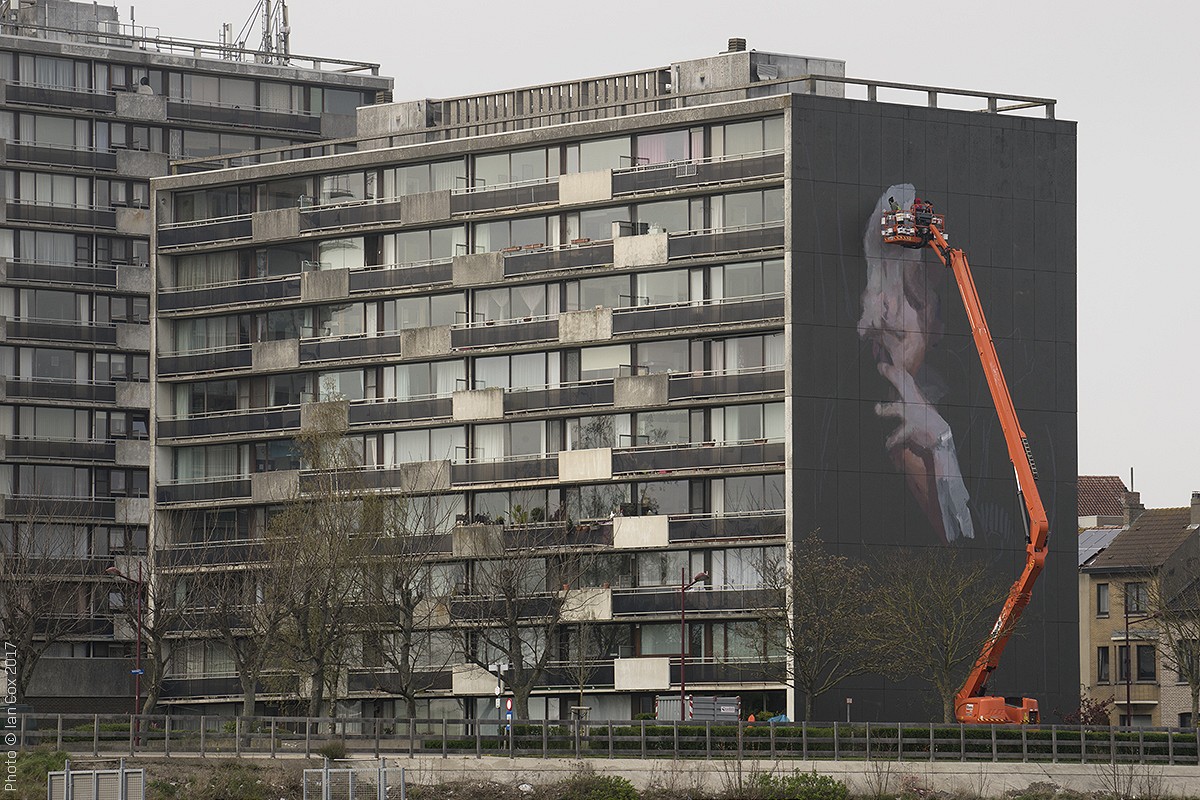 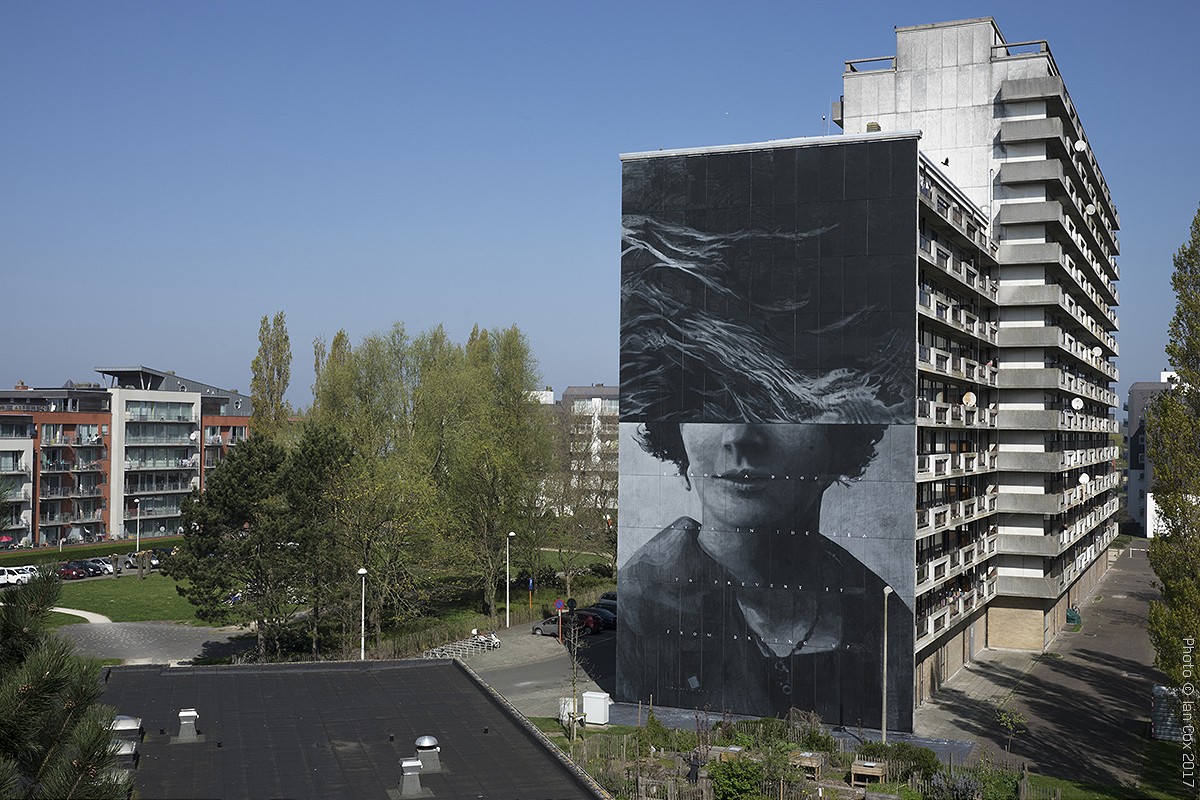 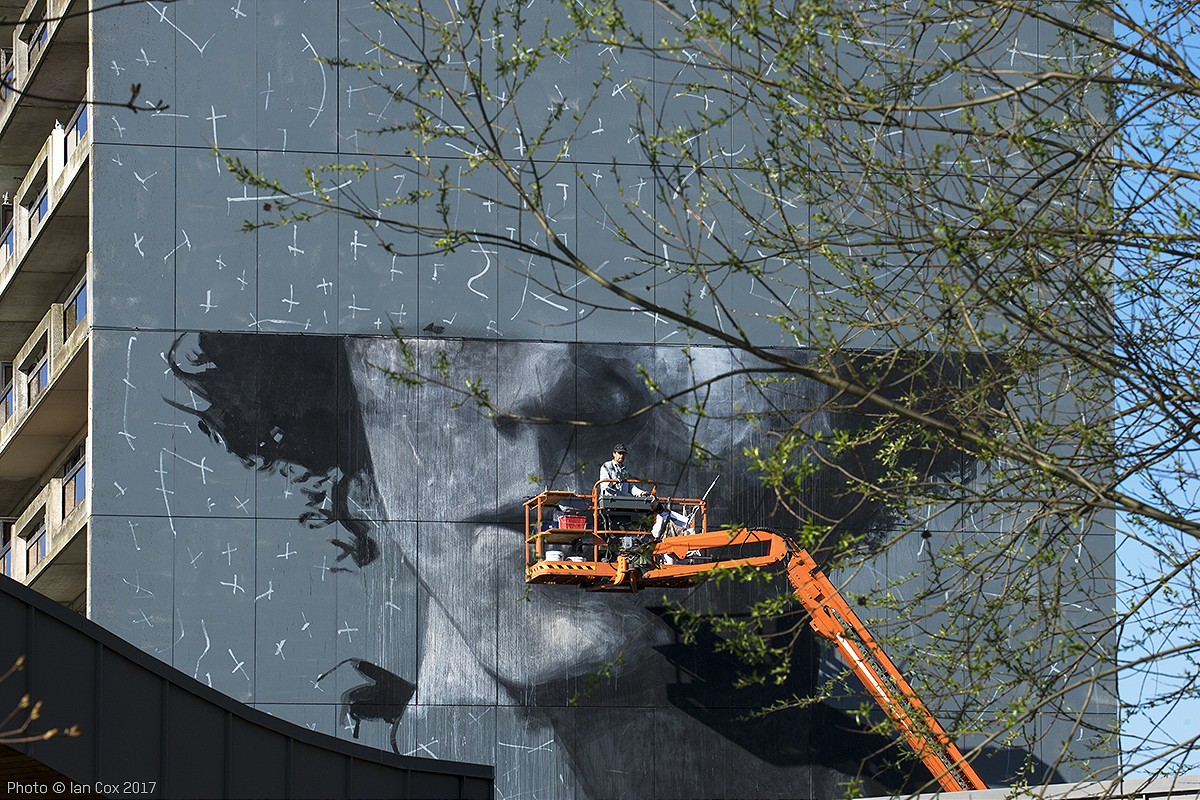 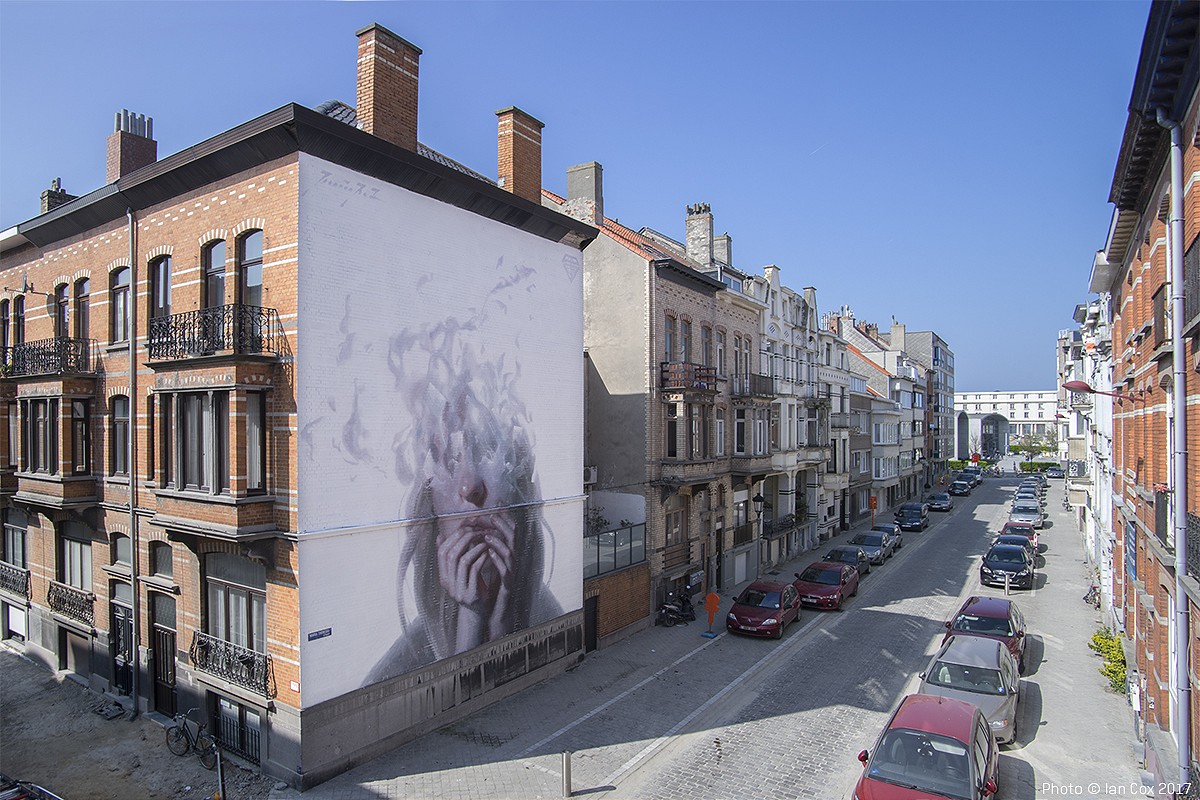 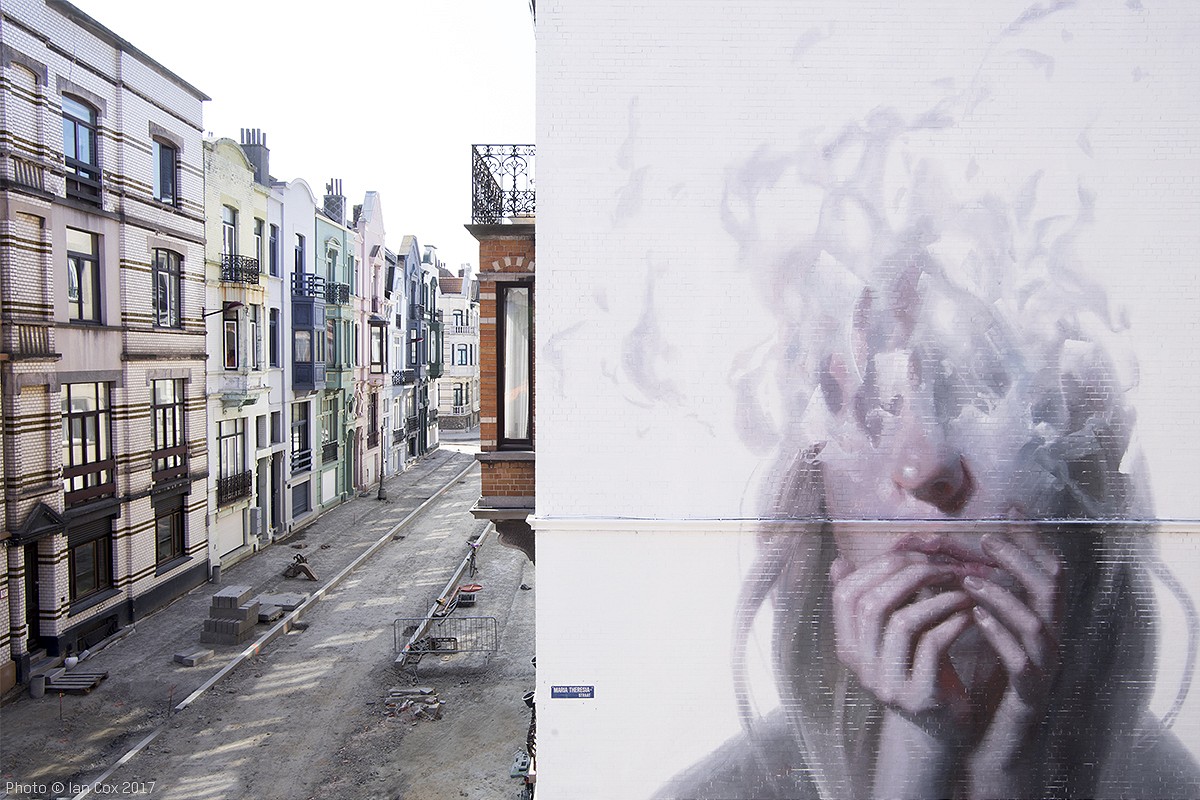 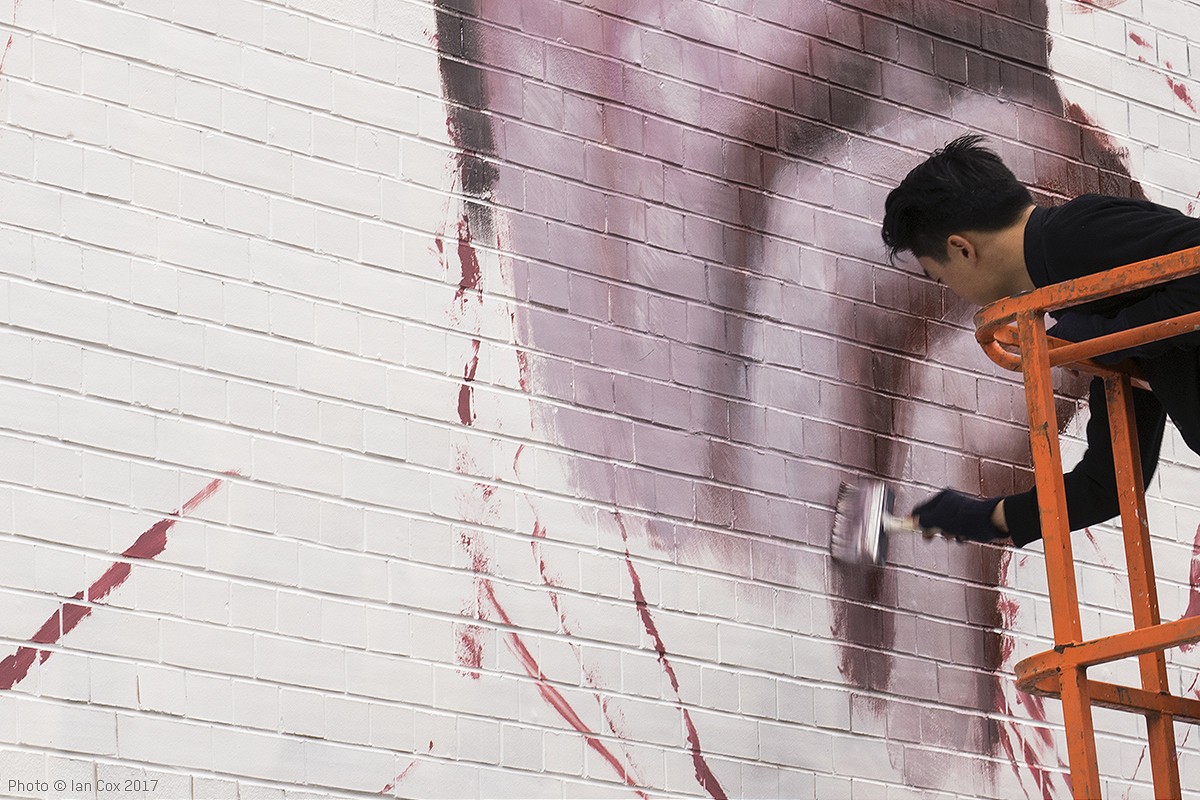